A DESTINATION IN ITSELF 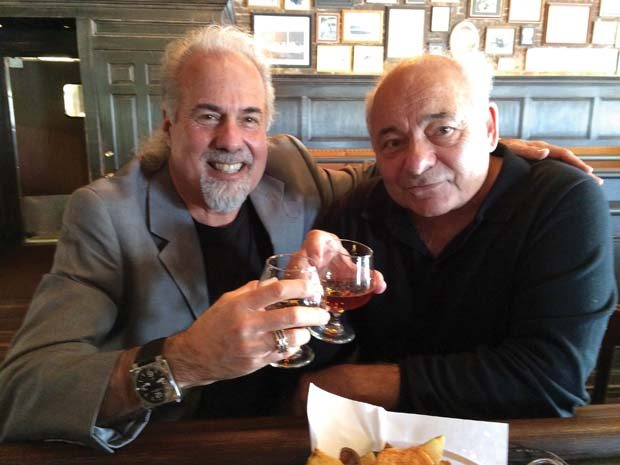 Atlantic City visitors looking for refined entertainment off the casino floor need only step a few feet off the boardwalk into an unexpected and free-of-charge art haven.

The Holtzman Gallery, opened last year, is not only spacious and thoughtfully arranged, it has something no other art gallery can match; it occupies the former casino floor of the boutique Claridge Hotel. Near the center of the boardwalk behind the Korean War Memorial and Brighton Park, the 24-story hotel opened in 1930. In the Boardwalk Empire era, the Claridge—at 370 feet once the tallest building in New Jersey—was known as the “Skyscraper by the Sea.”

Restored for modern times, its Art Deco interior, adorned with glorious antique chandeliers and furnishings, transports visitors from the cacophony of casino hotels to a genteel and gracious time. Walk through the lobby, past the dark wood bar, ascend the stairs with its grand piano, and enter a world of artistic wonder. The three-level space, accessible via steps or elevator, encourages wandering. A wide variety of paintings and sculptures await, presenting an eclectic collection of over 60 well-known and up-and-coming artists.

Among them are works by the late actor Anthony Quinn in a special dedicated section (Quinn’s wife and over 200 guests attended the exhibit’s opening). Nearby, actor Burt Young’s work also attracts viewers, especially since the Holtzman Gallery is the only place his artwork is displayed for public viewing. Young, best known for his role as Paulie in the original Rocky, has visited the gallery numerous times.

Visitors frequently encounter the owner, David Holtzman, a Philly native who opened his first gallery in adjacent Ventnor. Educated at Philly’s Hussian School of Art where he subsequently taught color and design, Holtzman became a book and magazine cover illustrator working for the Philadelphia Inquirer, Good Housekeeping, and other publications. He moved to the Jersey Shore in 1980 to work as an art director at an advertising agency, and went on to own his own still active agency, Holtzman Advertising and the Holtzman Group. His father, Alex G.

Holtzman, a textile designer who pursued his love for abstract painting, was a major influence in his son’s artistic life. Holtzman opened his first art gallery with 1,000 square feet of exhibit space one block from the ocean in Ventnor because he “liked being by the beach.” It quickly attracted art lovers from New York City, the West Coast, Philly, Delaware, and Hawaii, as well as the interest of Claridge honchos. They asked him to install a 20,000-square-foot gallery as part of the recreation of the Claridge as a sophisticated alternative to Atlantic City’s casino hotels once it eliminated gambling in 2014.

“I was interested because it was a concept well out of the box in size, concept, vision, and mission, and inclusive of the mix of artists I conceived…all under one roof and available for acquisition,” said Holtzman, who also designed the gallery’s floor plans.

In addition to celebrity artists, Holtzman features work by New Jersey’s Francis Mesaros (See the September/October 2015 issue), who recently patented his three-dimensional ocean themed “Panctures,” along with painter Shorya Mahanot, a nine-year-old prodigy from India, and other local and national artists, and others from Brazil, Costa Rica, Columbia, and Japan. After running both locations for several months, Holtzman closed his Ventnor gallery to concentrate on Atlantic City.

“After seeing how large my [Claridge] gallery is, it needed 110% of my energy and time,” said Holtzman, who now finds himself among those striving to breathe new life into America’s oldest seaside resort. “Atlantic City is becoming a place for fine art. We have visitors and collectors from around the world, giving further credibility to this place as a resort destination for more than just gaming.”

Holtzman also opens his gallery for community events and fund-raisers. Following a lavish one-year anniversary celebration in March, it will be an integral part of the Garden State Film Festival activities (March 31 – April 3) at the Claridge, which is hosting the Festival awards dinner. The Katz JCC Annual Gala is scheduled for April 14.

On May 14, Holtzman will feature his own artwork in his first one-man show since the 1970s. Upcoming fundraisers will benefit Jazz 4 Kids and the Atlantic City Ballet. A visit from Shorya Mahanot and a “Hollywood – style” red carpet event featuring Francis Mesaros are also scheduled.

“People are dumbfounded at the gallery when they walk in,” the owner observed. “Gaming is simply another amenity to the city, as is fine art, dining, shopping, and entertainment.” 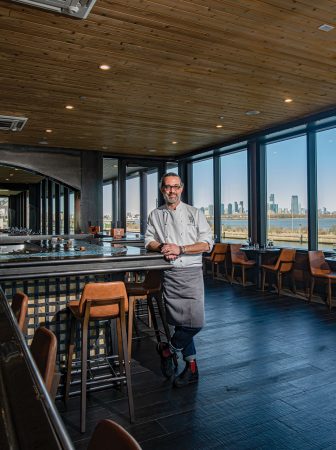