THROUGH CREATIVE COMMUNITY OUTREACH, LIVELY EVENTS, AND HEARTFELT FUNDRAISING, THE COUNTRY’S LONGEST CONTINUOUSLY RUNNING SERVICE AUXILIARY IS MAKING A DAILY IMPACT ON THE LIVES OF ITS STATEN ISLAND NEIGHBORS

In 1863, two years after the opening of the Samuel R. Smith Infirmary (today known as Staten Island University Hospital, or SIUH), a group of physicians’ wives teamed up to launch a charitable committee to raise money for hospital initiatives and patient support. Their ambitious first-year goal was to raise $500 (approximately $17,500 today) to fund horse-drawn ambulance services and a cow to provide milk to the hospital. Over a century and a half later, the SIUH Service Auxiliary is still in operation, raising hundreds of thousands each year to support new medical facilities, equipment, and research. At 159 years old, it’s the longest continuously running hospital auxiliary in the nation. 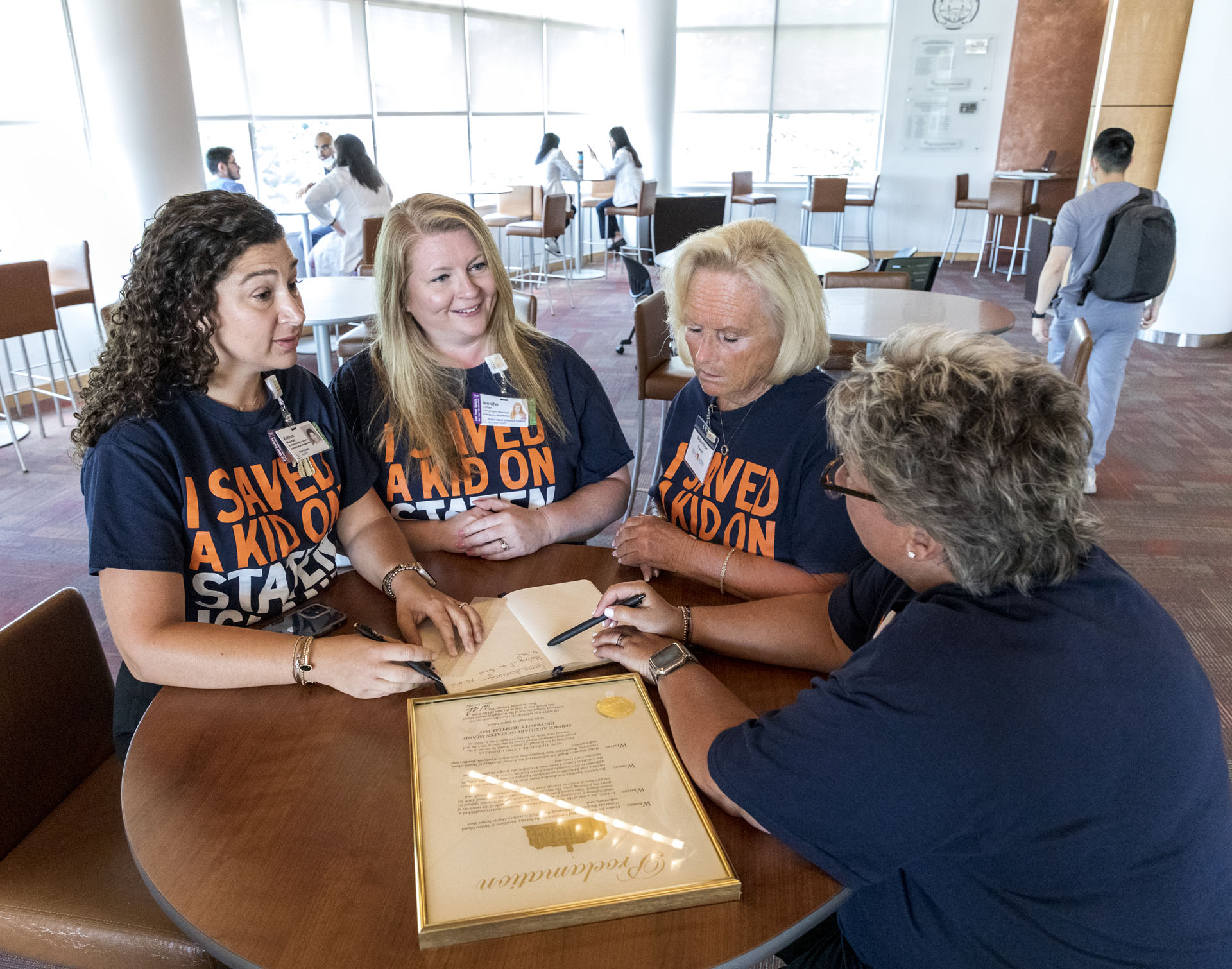 “We’ve evolved from horse and buggy ambulances to putting funds into SIUH’s Heart Institute, just one of the many programs we support,” noted Jennifer Cohen, president of the Auxiliary. Cohen, a 23-year SIUH employee and the current graduate medical education training program administrator in the emergency residency program, joined the Auxiliary as a silent member in 2009. Three years later, she was elected onto the executive board as secretary. She is currently serving her first year at the helm, with a clear vision for taking over the reins: how to, in the heart of a global pandemic, modernize the venerated organization for the 2020s. 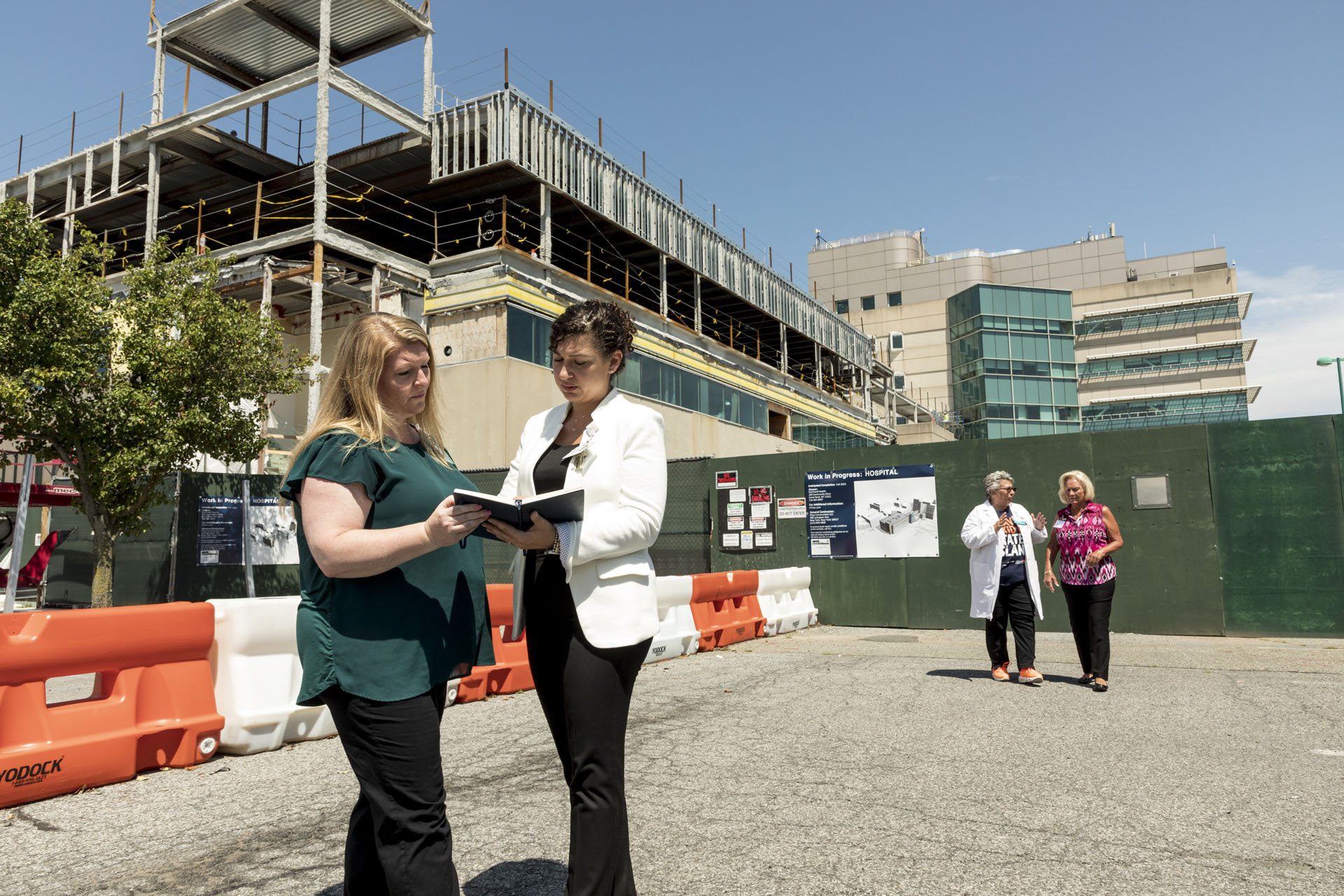 “I came into the role of president during COVID, and the goal of the leadership team was to think outside of the box and reinvent and refresh the organization,” she added. “It was challenging at first, but we were up for it. It gave me the opportunity to launch a social media presence, first on Facebook then Instagram. We were able to reach the members, staff, and community in different ways than we had in the past.”

Since March of this year, Auxiliary membership has nearly tripled, growing from 62 active members to 174. Cohen credits the surge in membership to the enthusiasm and tenacity of the board members along with the tremendous support from SIUH’s executive director, Brahim Ardolic, MD. 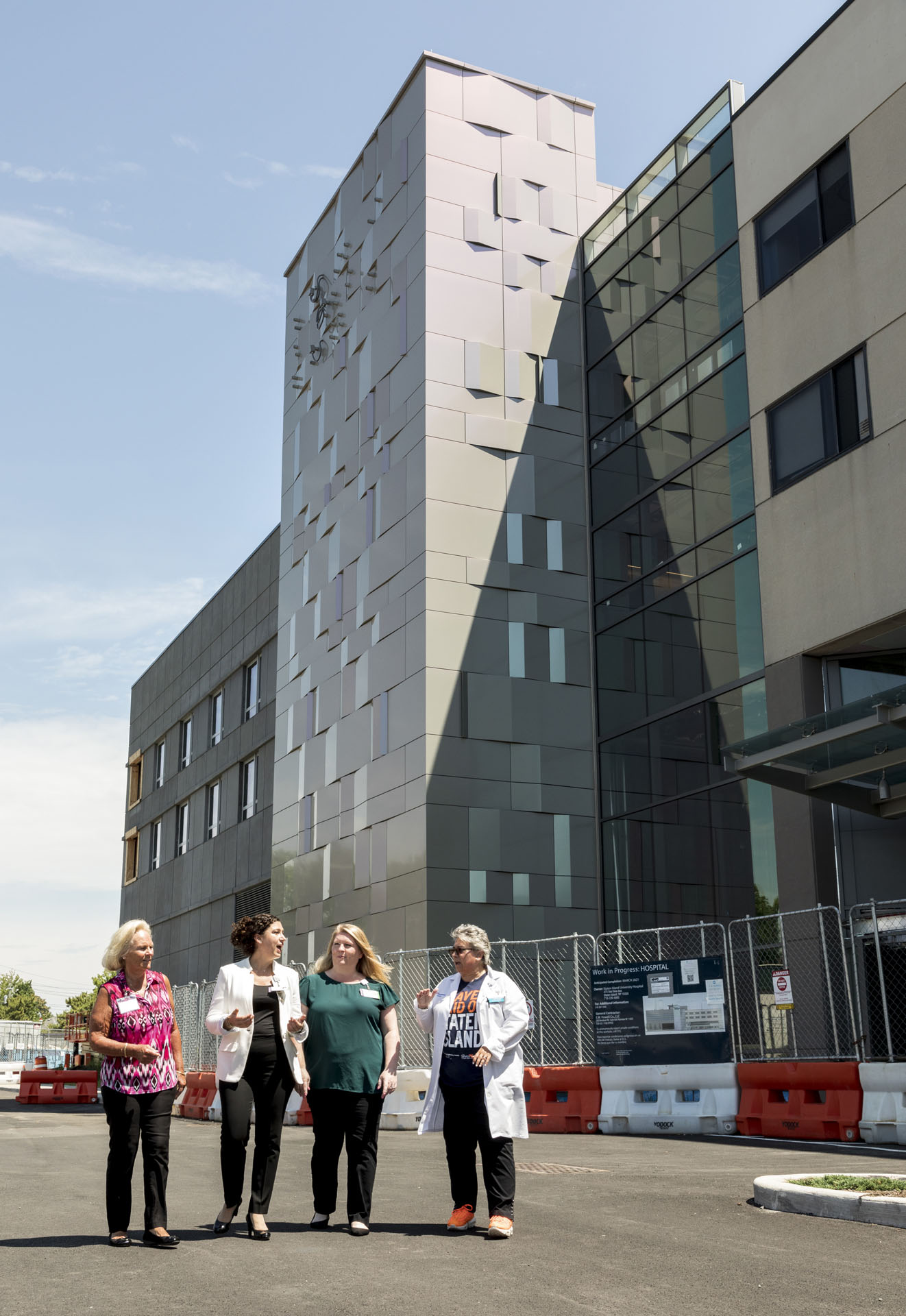 “This year, we met with Dr. Ardolic several times to have a conversation about how to engage the staff and community,” said Cohen. “A lot of people aren’t familiar with what the Auxiliary does; they think it’s the Women’s Auxiliary because that’s what it was in the 1800s. Dr. Ardolic opened a tremendous platform for us, presented our goals to his clinical chairs and throughout the hospital. The response has been incredible.”

The Auxiliary has a full calendar of events slated for fall, including a Celebrity Chef cook off featuring Dr. Ardolic and Joseph Basile, MD, chair of emergency medicine, taking place on October 11 at Bocelli’s Restaurant with cooking demos, raffles, wine, and food tastings. “It’s the first major in-person event we’ve hosted since the start of COVID,” added Cohen. The organization is also supporting the second annual Rally 4 Reed on October 1, a community fundraiser in Nansen’s Park to raise money for the care and treatment of Reed, a five-year-old Travis resident who was diagnosed with an extremely rare genetic disorder at only two years old. Proceeds from the event will also go toward medical research to find a cure for the syndrome.

The Auxiliary has also played an integral role in raising funds for the upcoming Gruppuso Family Women and Newborn Center at SIUH, a state of theart facility designed to provide a seamless birth experience for mothers, babies, and families by housing the maternity unit, labor-and-delivery unit, and NICU on a single floor. Cohen noted the organization has long supported Staten Island parents and the borough’s tiniest residents outside the hospital, too.

“For the past 75 years, we’ve had a program called the Babies Alumni, and we send birthday cards every year to babies born at SIUH,” said Cohen, whose 14-year-old daughter was born at the hospital. “We have someone who handwrites the cards each month. Babies born in 2021 have received their first cards, along with a magnet that says, ‘Welcome to our newest member.’ It’s a wonderful program. We get letters thanking us; I recently received a note from a mother whose son was in the NICU in the 1980s, saying how much she appreciates getting the card every year. It’s a way to connect with the community that’s different from any other place I know.”

For Cohen, witnessing the fruits of the organization’s efforts, whether through a simple thank-you card or the erection of a new specialized center, is personal. Her family suffered a devastating loss when she was a teenager, and today she and her team strive to bring as many resources as possible closer to home. 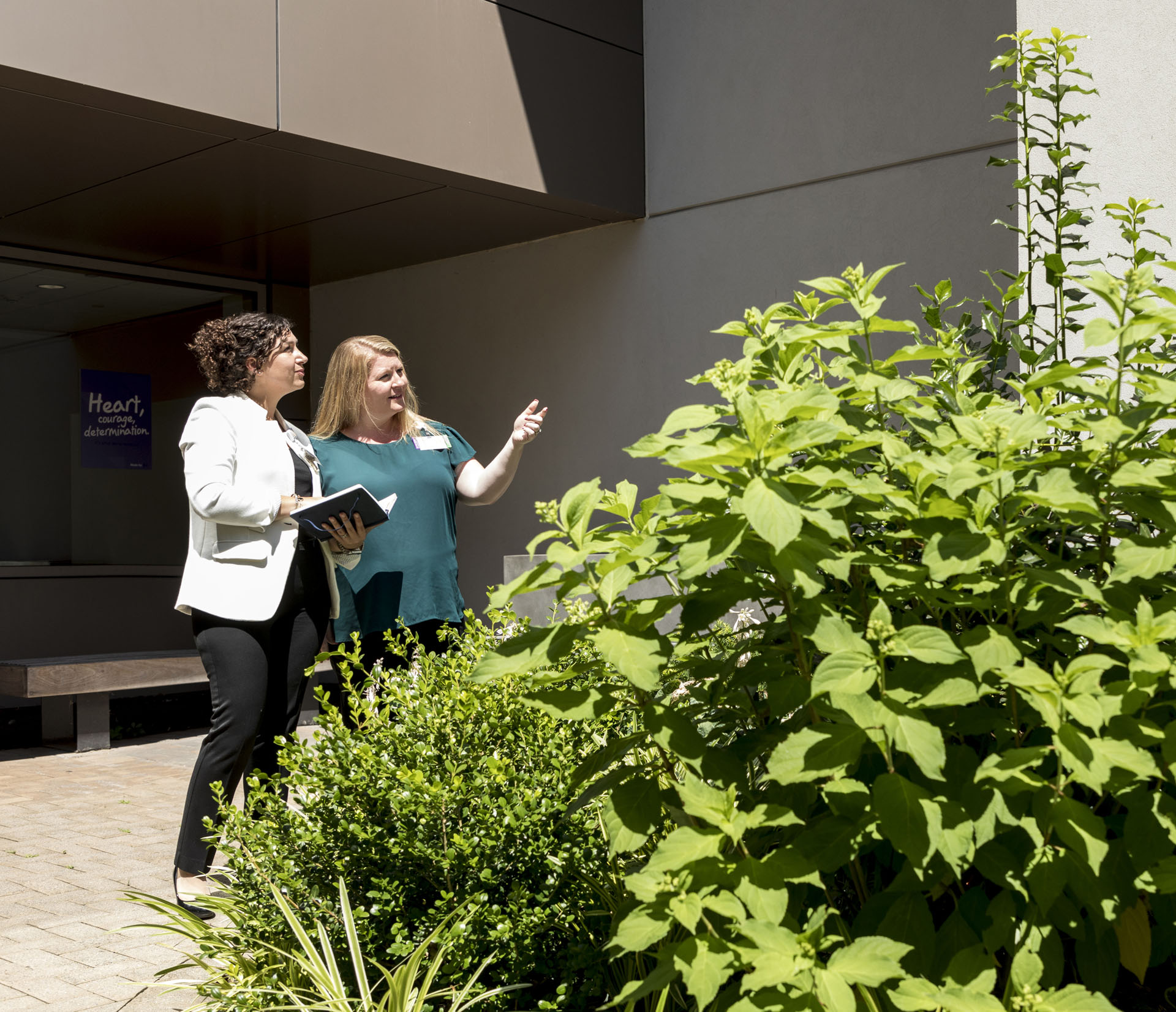 “I lost my 15-year-old sister to cancer, and that experience motivated me to get involved with this organization to give back. When my mom was traveling back and forth into Manhattan with my sister, there weren’t many resources for her on Staten Island. After all these years, to see a pediatric oncology center here is so significant. For families to come to this hospital for exceptional medical care and not be separated from the rest of their family is so important to this organization, and to me.”

Last April, when the SIUH Foundation hosted Tracy Morgan’s Laughter is the Best Medicine charity event, the Auxiliary sold T-shirts that read, “I saved a kid on Staten Island.” Every penny of the $6,000 raised in T-shirt sales alone went toward the new Pediatric Cancer Center.

Looking ahead, Cohen said the energy of the organization is palpable, the team eager for another year of continued growth, fundraising, and community support. 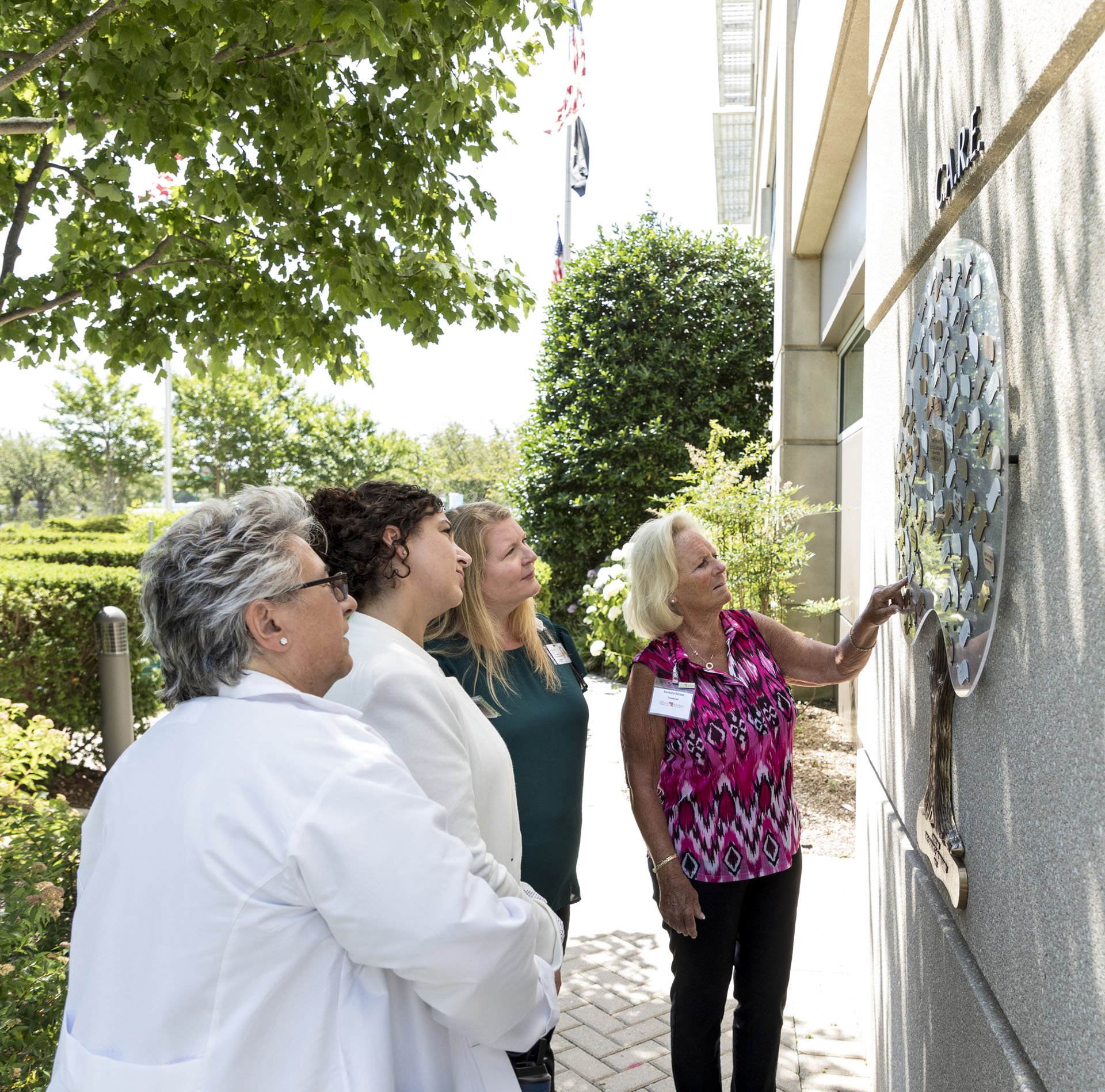 “This community is very unique,” noted Cohen. “I joke around that on Staten Island, there are two degrees of separation. If you don’t know someone directly, someone you know knows that person. [laughs] Even though there are half a million people, it feels like a small community. Everyone supports everyone else, and at the Auxiliary we are in a unique position where we can reach out to the community and work with local businesses and other organizations for whatever the cause may be. It’s been a stressful two years, but we’ve seen overwhelming support.”