JIMMY ON A ROLL
Actor/comedian Jimmy O. Yang is having a great year, starring as a loan shark in the hilarious Netflix film, Me Time, with Kevin Hart and Mark Wahlberg, and performing in front of sold out crowds on his stand-up comedy tour. 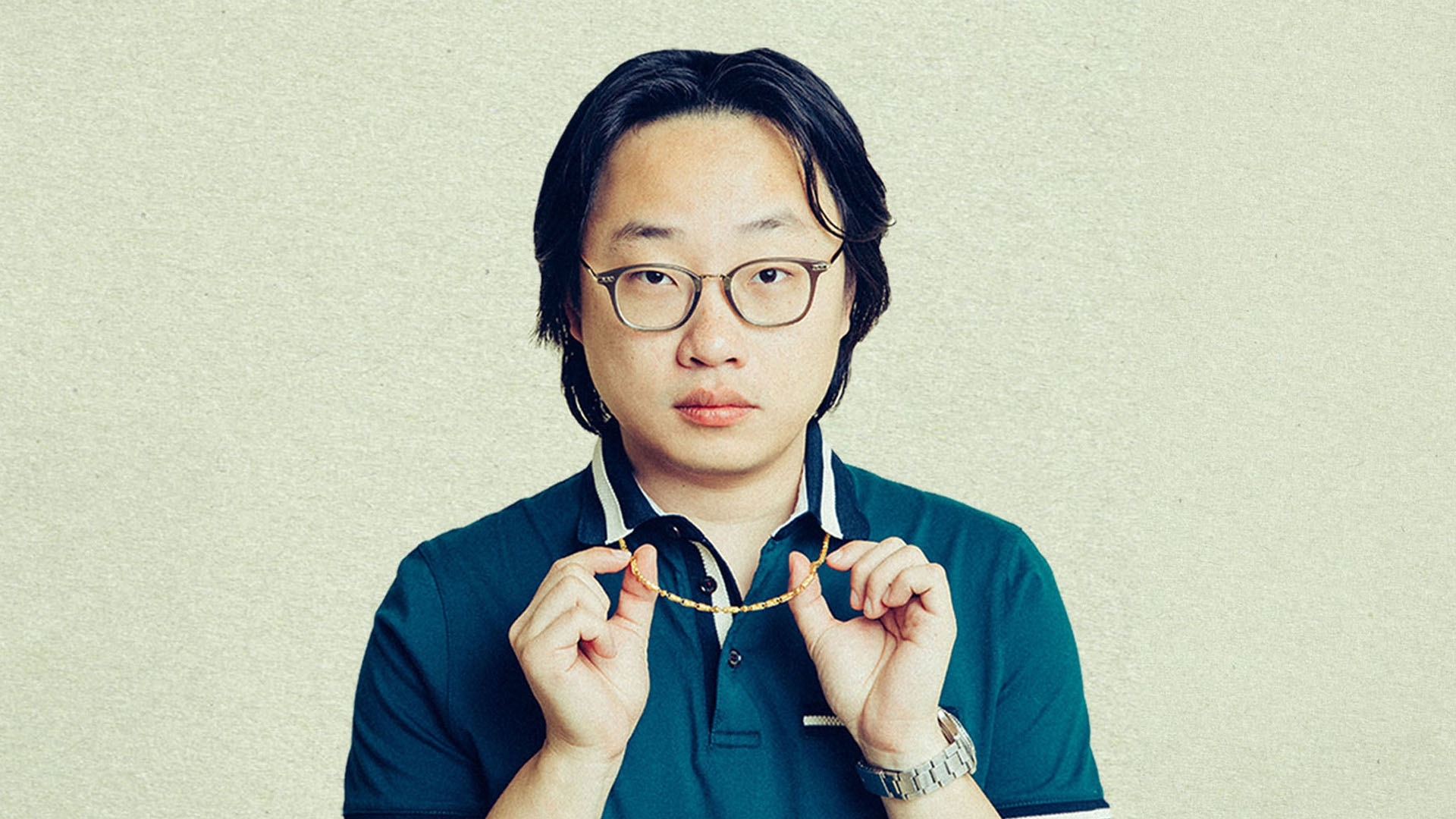 When asked about working on the film, the Crazy Rich Asians star said: “These are two of the biggest stars in the world, but they have created such a chill environment and I felt free to improvise and everything. I worked with Mark about five or six years ago on one of my first features, Patriot’s Day. But that was a very serious, dramatic movie. Mark and his boys still all remember me. It’s like we never left Boston, where we shot that movie. And this was my first time meeting Kevin Hart. As a stand-up comic – he’s a hero of mine.”

Looking ahead, Yang will have a busy 2023, including playing the voice of Zhi in the upcoming animated adventure The Silk Road Rally, which follows racers on a high-stakes rally along the famous route.

LADD FOR THE WIN
While some celebrities prefer to retire on a private beach in the Indian Ocean, Diane Ladd is thrilled to be working on project after project. The acclaimed writer-director author has won more than 72 awards, including a Golden Globe, Independent Spirit, and Cannes Palme d’Or.

Ladd is also a three-time Emmy winner and three-time Academy Award nominee for Alice Doesn’t Live Here Anymore, Wild at Heart, and Rambling Rose. For the latter, she and her daughter, Laura Dern, made Hollywood history as the only mother/daughter duo to both be nominated for Academy Awards in the same year and for the same film. 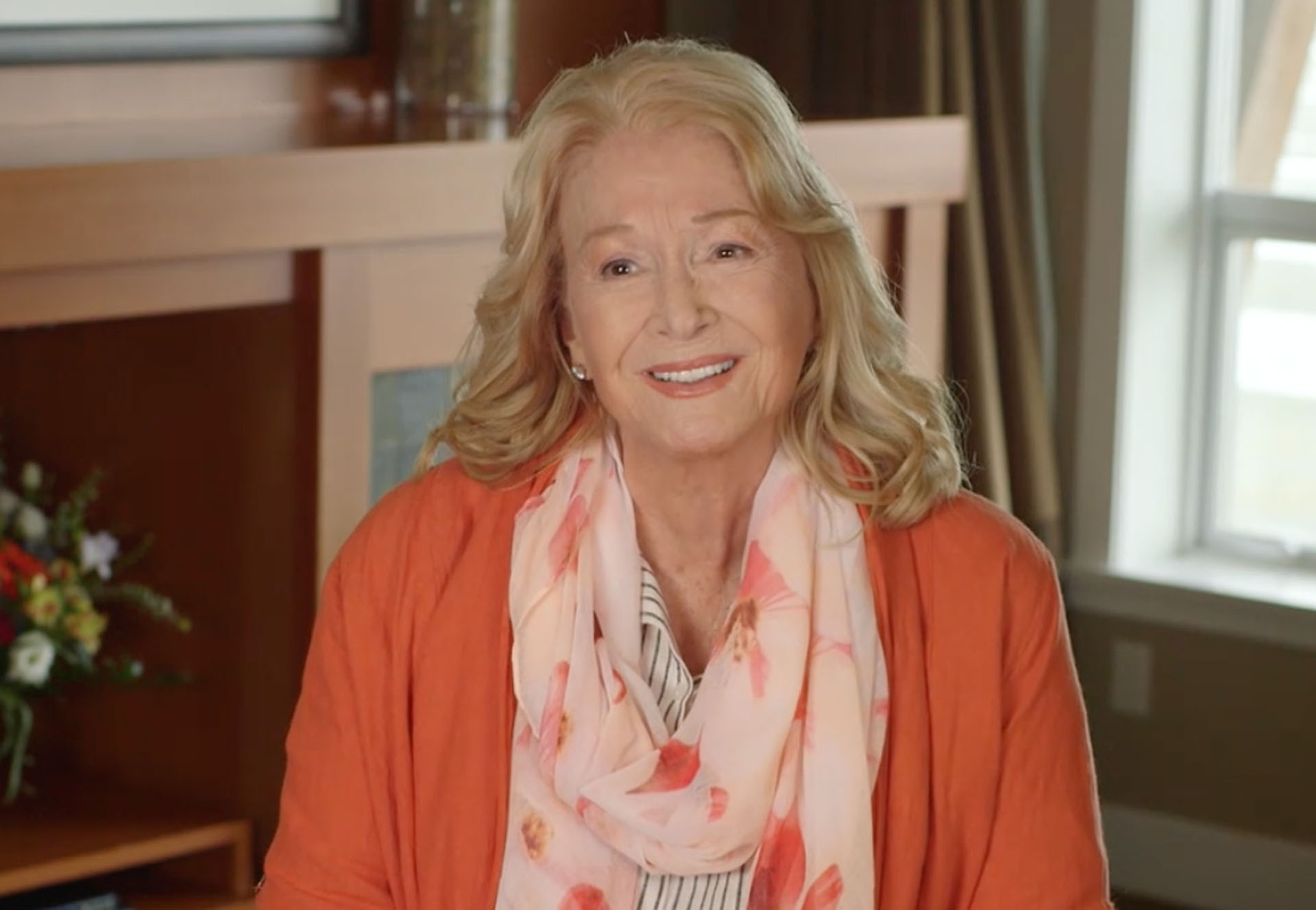 Ladd’s latest film, Gigi & Nate, with Jim Belushi and Marcia Gay Harden, follows the journey of a disabled man and his service animal an adorable monkey.

“The monkey was so gentle and sweet,” enthused Ladd. “I loved him! This fi lm is based on a true story – the monkeys are really helping to save lives.”

ERNIE’S BIG LEAP
According to Ernie Hudson, he’s always delighted when people stop him on the street to talk about his many roles. He said: “I feel very, very blessed, being in projects that people share with their families. That means a lot, you know? The fans have been so kind and supportive to me. I really appreciate how much love they have for the films and TV series I do. And of course, everyone asks about my Ghostbusters films.” 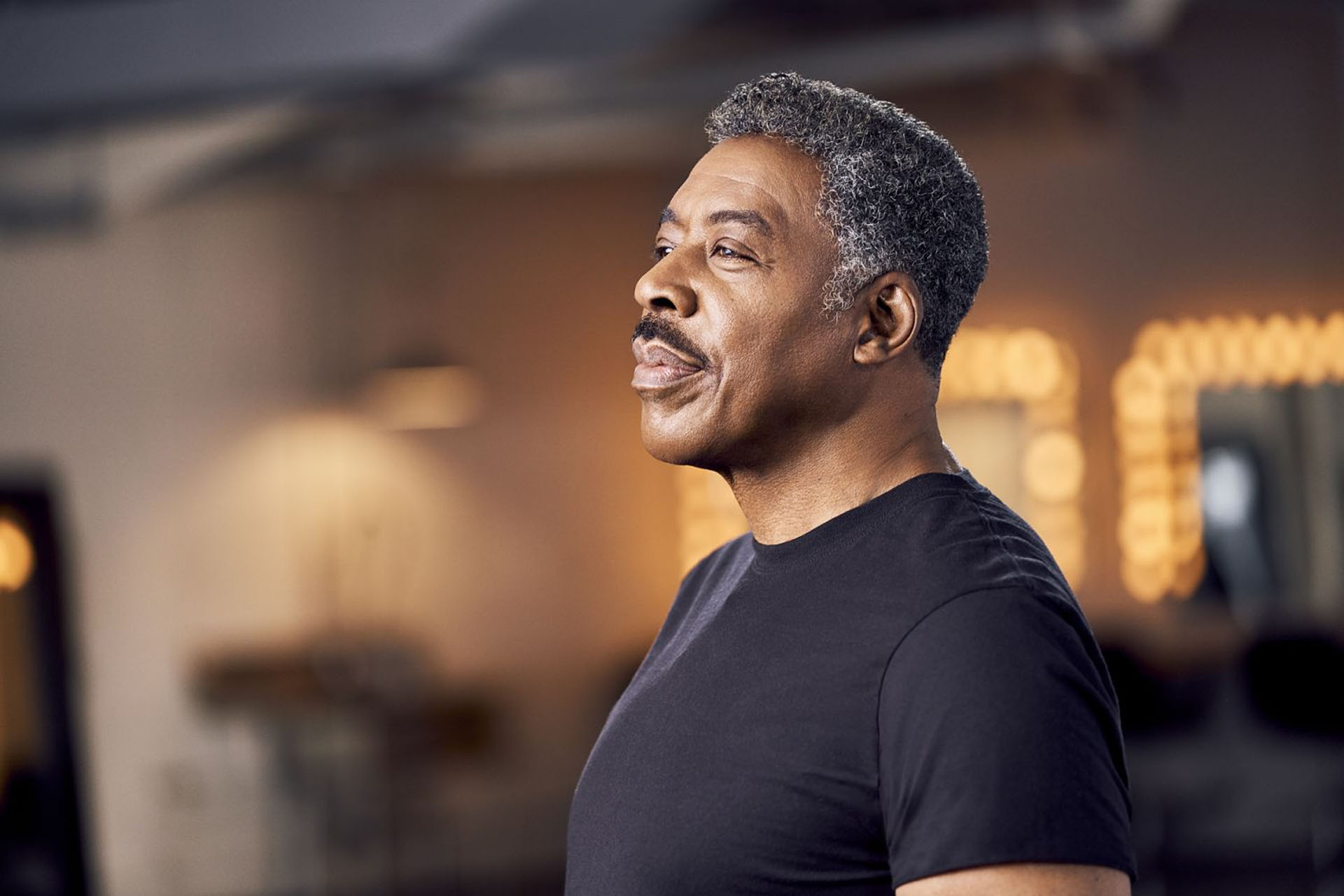 At 76, Hudson’s impressive career spans five decades, and shows no signs of slowing down. This fall, he co-stars in NBC’s reboot of Quantum Leap, and also stars and executive produces the BET+ drama series, The Family Business.

Hudson watched the original Quantum Leap in the ‘90s. “I loved the star, Scott Bakula. He’s one of the most charming actors ever. I remember the show very vividly from when it was out. I was a single dad to my first two boys and they were excited to hear I was doing this, because it’s something that we used to watch together.”

SCREEN TO STAGE
Tony Award winner Patina Miller has been one busy actress as of late, working on the Starz series Power Book III: Raising Kanan and starring on Broadway in Into the Woods.
At the Television Critics Press Tour, Miller described the differences in her two gigs. “Broadway is just a completely different medium. A lot of people come to New York to see it. It’s easier for eyes to get on your work.”

But with so many television and streaming channels, it’s more challenging for viewers to find a series, she noted. “There’s just so much content out there.” 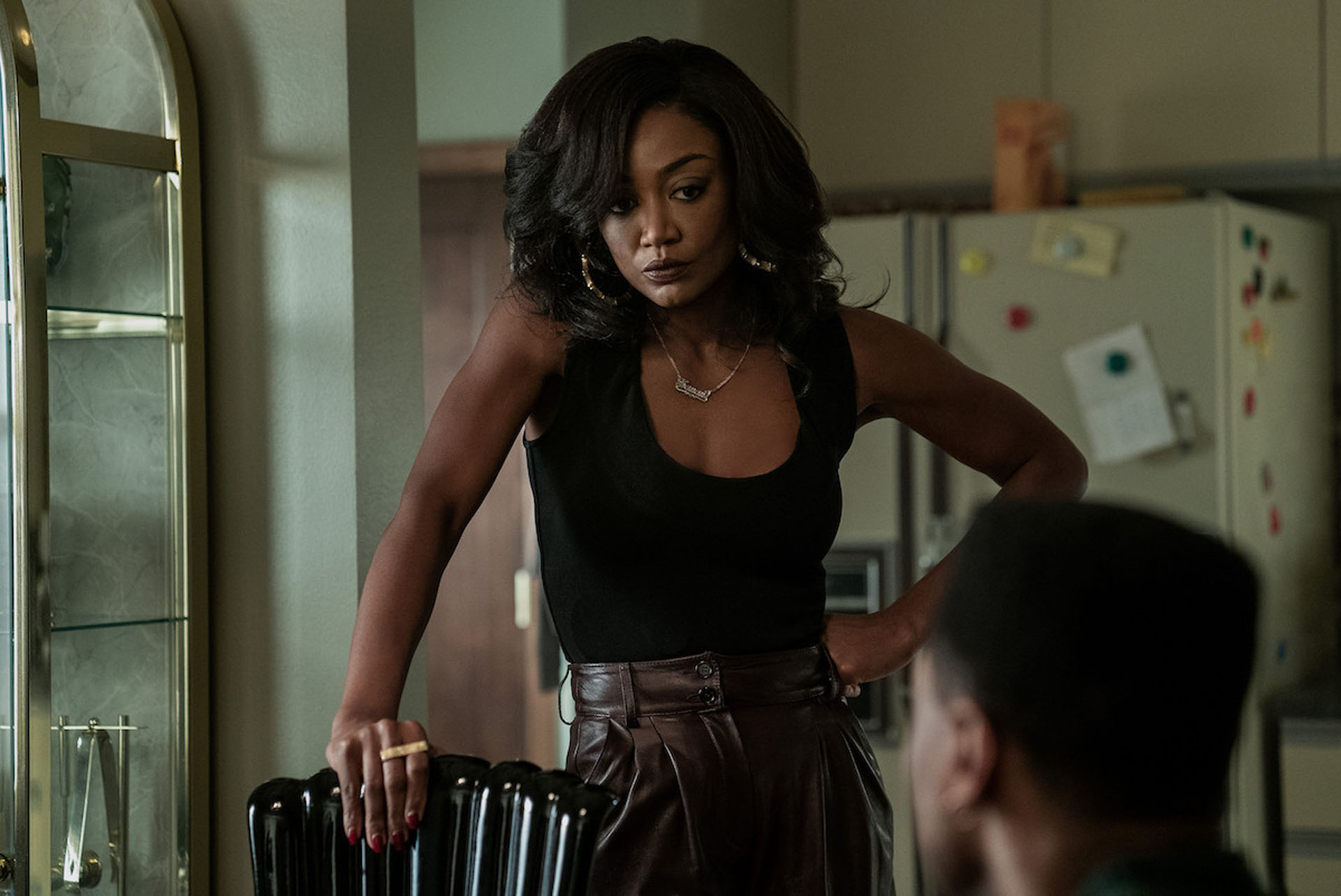 Kanan creator/showrunner Sascha Penn recently saw Miller perform on stage. “I work with Patina every day, and what was so stunning for me is she inhabits this character in a way that’s singular and for me, breathtaking. But to see her do what she does on Broadway, to see that range, was truly astonishing.”

BETTER CALL PETE
Peacock has several original series debuting this fall. For those who will be missing Pete Davidson from Saturday Night Live, the network has good news for you: he will be premiering his new series, BUPKIS.

Described as a live action comedy that is a heightened, fictionalized version of Davidson’s real life, the show will also be the first television series for Joe Pesci, who will play his grandfather, alongside Emmy Award-winner Edie Falco (American Crime Story, Nurse Jackie), who will portray Davidson’s mom. SNL creator Lorne Michaels will executive produce. 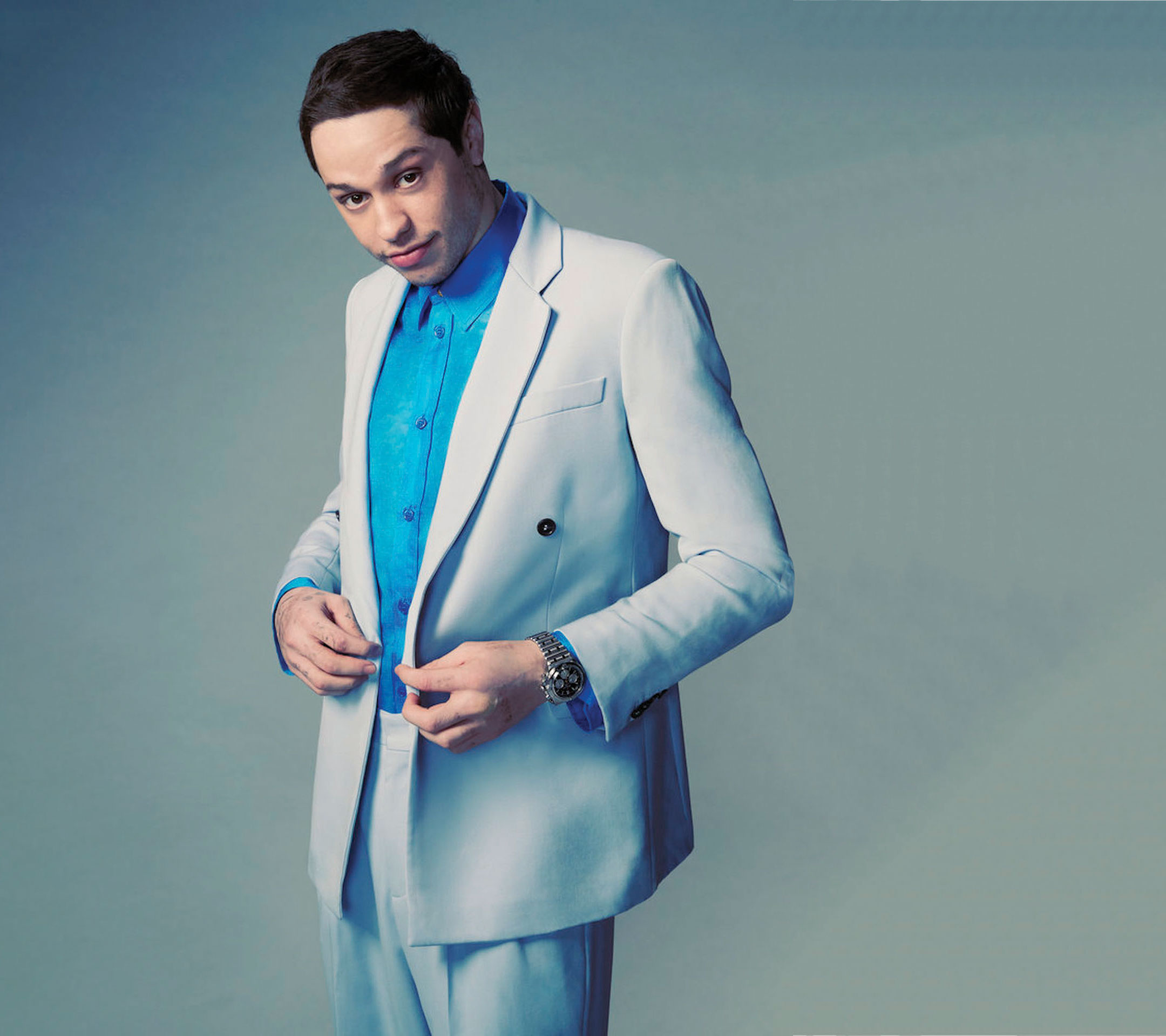 The half-hour show, which has been compared to Larry David’s Curb Your Enthusiasm, “will combine grounded storytelling with absurd elements” from Davidson’s “unfiltered and completely original worldview,” noted Peacock.

Davidson joked to his fans on Twitter, “I’ve done a lot of projects that reference my life because that’s kinda all I can do.”
Season one premiere is slated for early 2023.