KEATON’S FLASHBACK
The announcement that Michael Keaton would be returning as Batman in The Flash (2022) nearly broke the internet last fall, with DC fans wondering if the former Defender of Gotham of the late ‘80s and early ‘90s would be permanently returning to the Bruce Wayne manor in the DCEU. But the New York Times writer who broke the news quickly set the rumors straight earlier this month. 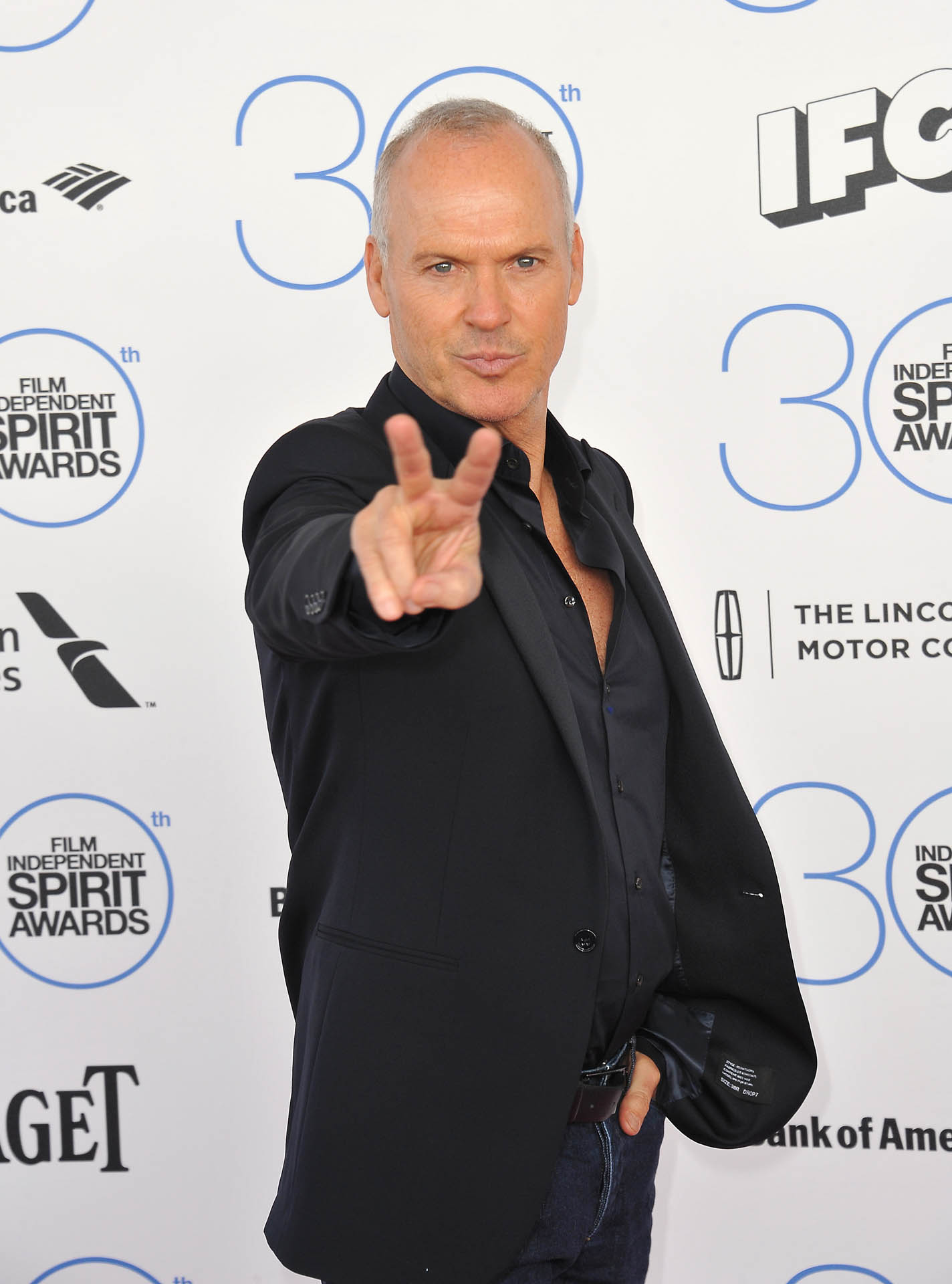 “Been offline (moving apartments) and return to see this Michael Keaton craziness,” wrote Brooks Barnes in a tweet. “I was referring to the *one film* that Keaton has been announced as being in, not a set of his own Batman films. If I had info on him beyond The Flash, I would have obviously put it in my article.”

Principal photography begins this March, though The Flash won’t hit theaters until next November. Ezra Miller will portray the title character along with Ben Affleck’s Dark Knight so who’s hoping for a scene with both iconic Batmen?

HORROR IN BOROUGH PARK
Brooklyn’s Hasidic Borough Park neighborhood is the location for the upcoming uber scary, supernatural horror film The Vigil. When writer/director Keith Thomas sat down to write the first draft, he wanted to tell a “personal story” that felt universal. 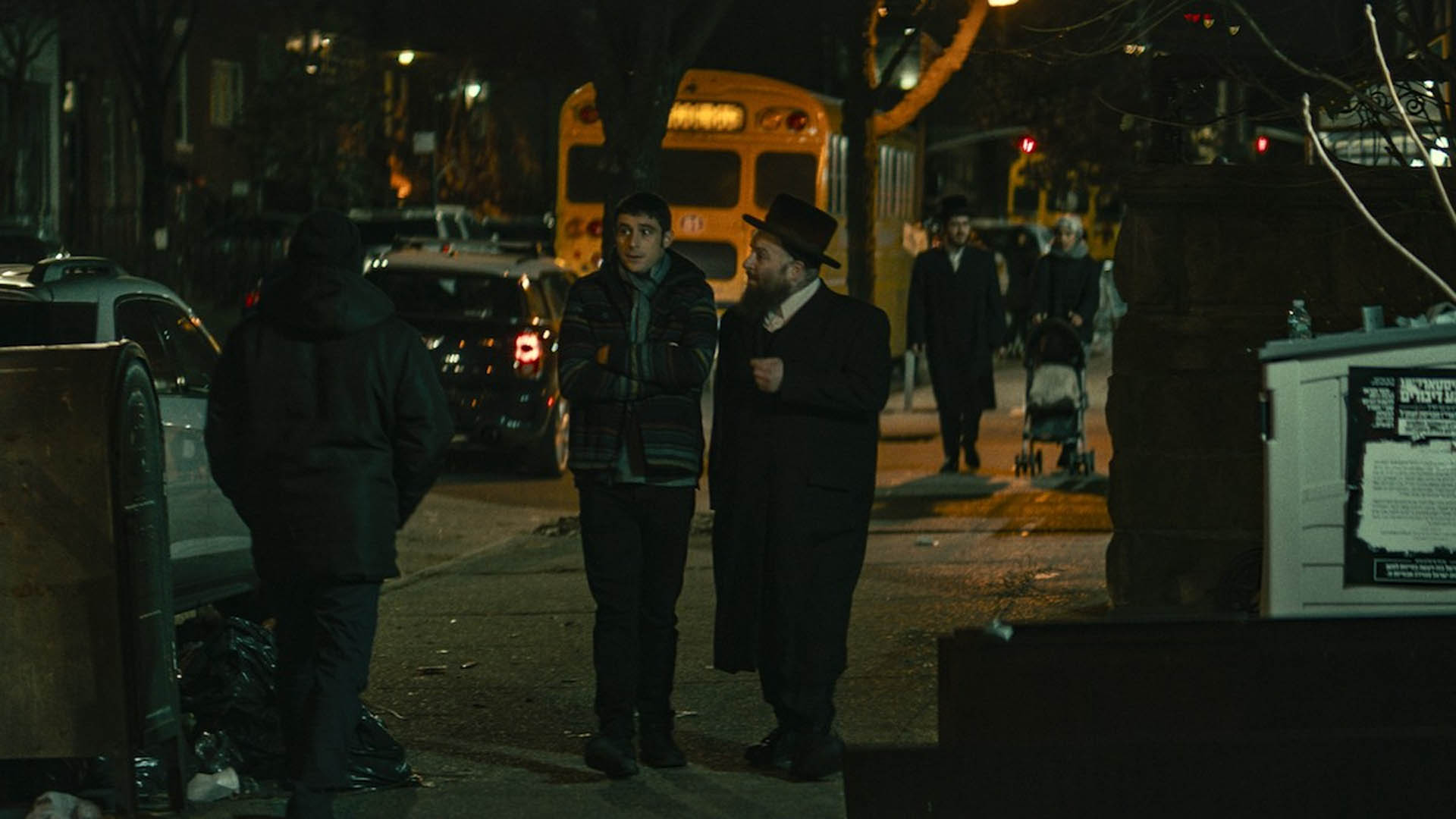 “The movie would be very contained and the stakes would, at first glance, seem small one man, one ritual, and one struggle with a threatening force,” noted Thomas. “But the stories I gravitate towards, the stories I like to tell, are rooted in tangible human experience. One person’s struggle can take on a mythic quality that resonates far more than stories about countries or even worlds at war. All of us have suffered ‘dark nights of the soul’ (likely several times over during the upheaval of the past year) and most of us emerge from those lean and often frightening hours changed generally for the better but sometimes for the worse.”

Thomas’ ultimate goal for viewers? That they enjoy the film, sure, but also that it “troubles your sleep!”

PLAYING FOR SWEEPS
The revival of the 1960s classic gameshow Supermarket Sweep on ABC proved to be a cart-smashing success. Host/ executive producer Leslie Jones noted she would love to see a second season with more celebrities dropping by.

“We talk about that all the time,” the former Saturday Night Live cast member enthused at an ABC press event. “It would be so hilarious just to see Will Smith run through the supermarket. Seth Rogen too…Adam Sandler…Oh, my god, Keenan Thompson running through the aisles. Can you see Sherri Shepherd trying to run through… Jennifer Lopez?! How do you think Rihanna would run through the grocery store? She’d probably be real gorgeous!” 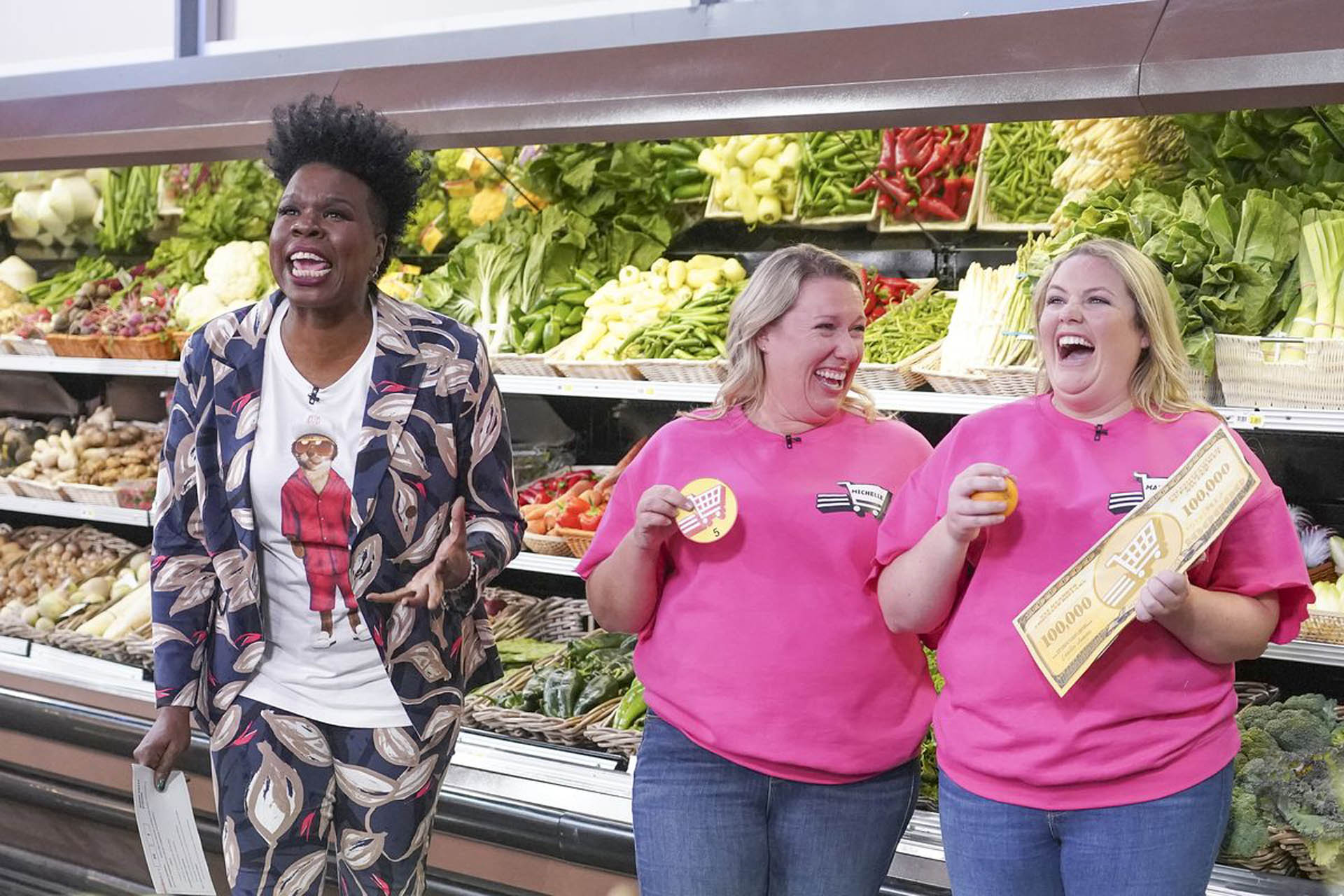 In addition to the fast-moving game show, Jones has a busy 2021 planned, co-starring in the upcoming comedy sequel Coming 2 America, which premieres March 5 on Amazon Prime Video. She will also star alongside Chris Rock in I Am Maurice.

CHEF’S SPECIAL
If you’ve resolved to cook more in 2021, check out the UK photographer and cookbook author Mary McCartney as she invites viewers into her London kitchen, preparing tasty meals with celebrity pals for the new Discovery+ series Mary McCartney Serves It Up.

Kate Hudson, Mark Ronson, Cameron Diaz, Nicole Richie, Liv Tyler, Dave Grohl, and Gayle King all make appearances. In each episode, the Meat Free Monday ambassador shares her passion for cooking and her family’s most adored recipes, plus the fascinating stories behind them. “I’m honored to be launching my new show on Discovery’s amazing new streaming service. With the help of a few friends, I want to show that meat free eating can be varied, delicious, and accessible to everyone,” she said. 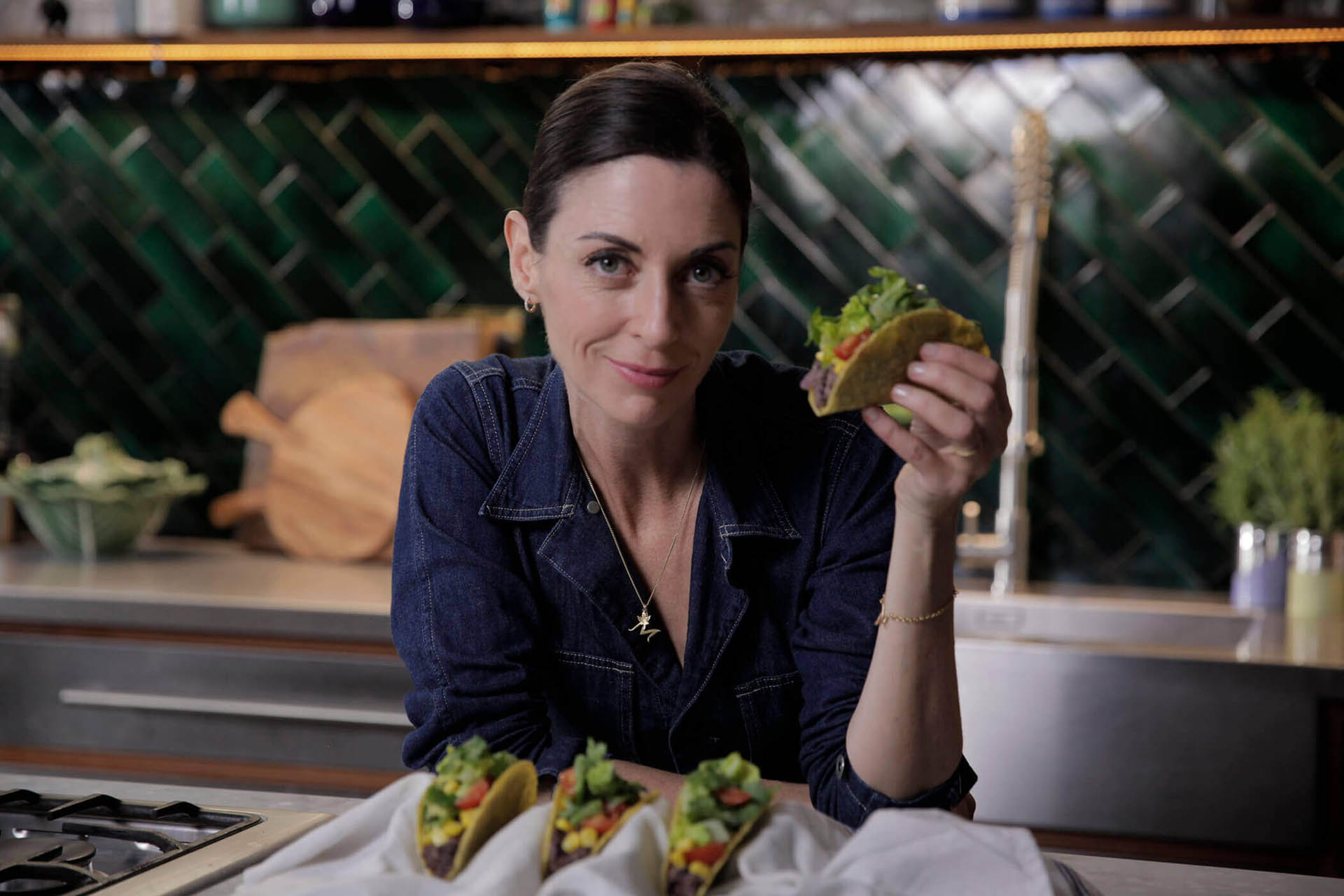 “The recipes are simple, easy, and rewarding. I can’t wait for you to be able to join me and my super talented guests for food and fun.”

VIOLA CRUSHES IT
Viola Davis is getting serious Oscar buzz for her award worthy performance In Ma Rainey’s Black Bottom. Her character is based on the real life blues singer, who was a pioneer for Black musicians in the early 20th century. “As soon as I put on all that padding, I was switching my hips, I was showing my boobage, I felt like the sexiest woman in the world,” Davis quipped during a Q&A at a virtual AFI screening of the film. “Because in my world, in my life, all the women who were bigger were the most beautiful women to me.” 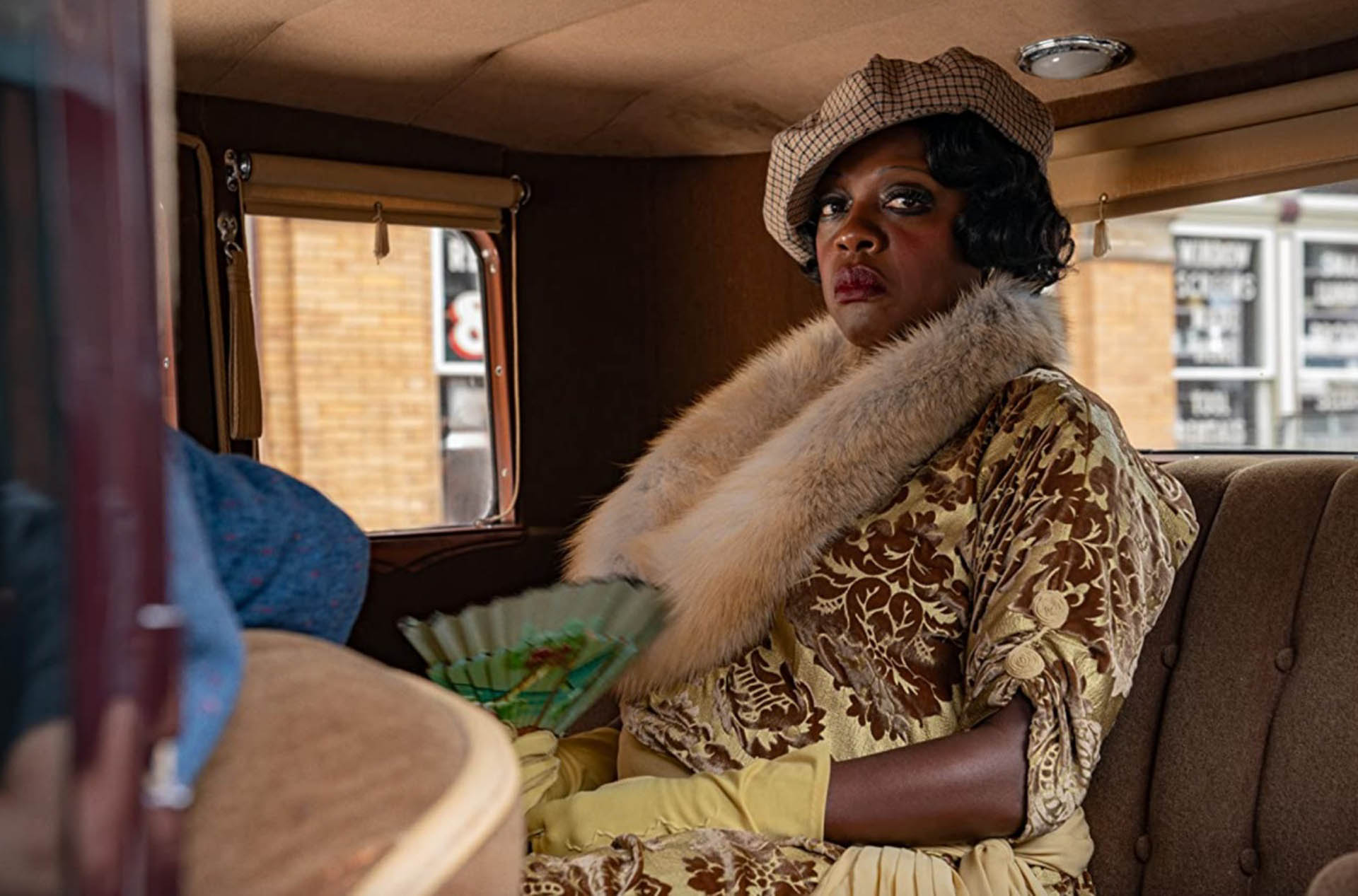 FUN FACTS:
• Ma Rainey’s Black Bottom is based on the popular 1980s Broadway play written by August Wilson
• Viola Davis has two Tony Awards for her performances in Wilson’s plays (King Hedley II and Fences) plus an Academy Award for the screenplay adaptation of Fences
• There’s little doubt the late Chadwick Boseman will also receive Oscar kudos for his compelling performance as Levee in the film