CHEFS OF THE ROUND TABLE

FROM FIERY COOKING SHOW JUDGES TO MICHELIN-STARRED MAVENS, THESE CELEBRITY CHEFS AND RESTAURATEURS HAVE SOLIDIFIED THEIR PLACES ON THE WORLD’S CULINARY COURT

GORDON RAMSAY
The fiery British chef is one of the most recognizable personalities in the biz, famous for his blunt feedback and sizzling temper on hit shows like Hell’s Kitchen and Kitchen Nightmares (though behind the scenes, Ramsay is known to be a genuinely gracious guy, often stopping to pose for photos or personally checking on his patrons). Before dishing out shrewd comebacks on camera, Ramsay wanted to be a professional soccer player, and was a damn good one at that. At 15, he joined the Glasgow Rangers, a professional club, and played for three years before a knee injury dashed his pro athlete dreams, thus he returned to school and earned a degree in hotel management. Today he operates 35 restaurants and has executive produced, starred in, or appeared in dozens of shows. 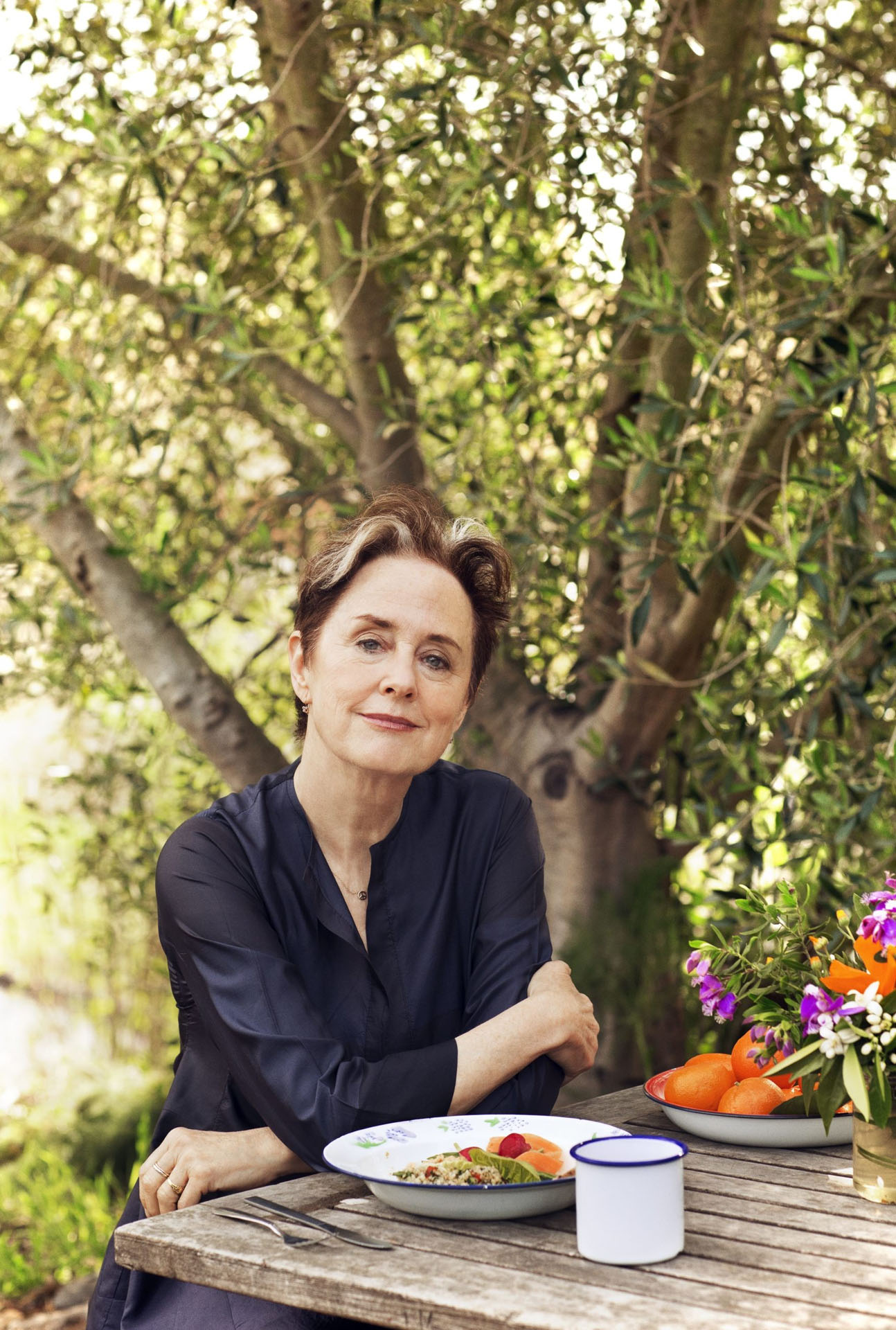 ALICE WATERS
This New Jersey native is a longstanding champion of clean, unprocessed ingredients and supporting local growers, and advocated farm-to-plate dining decades before it was in vogue. She opened her flagship restaurant, Berkeley based Chez Panisse in 1971, with a then-outlandish concept: sourcing all ingredients from local purveyors and farmers, and changing the menu daily. It took her eight years to turn a profit, but her prescience eventually launched what is, today, a thriving “slow food” movement. The restaurant has been buzzing with acclaim and celebrity diners ever since. 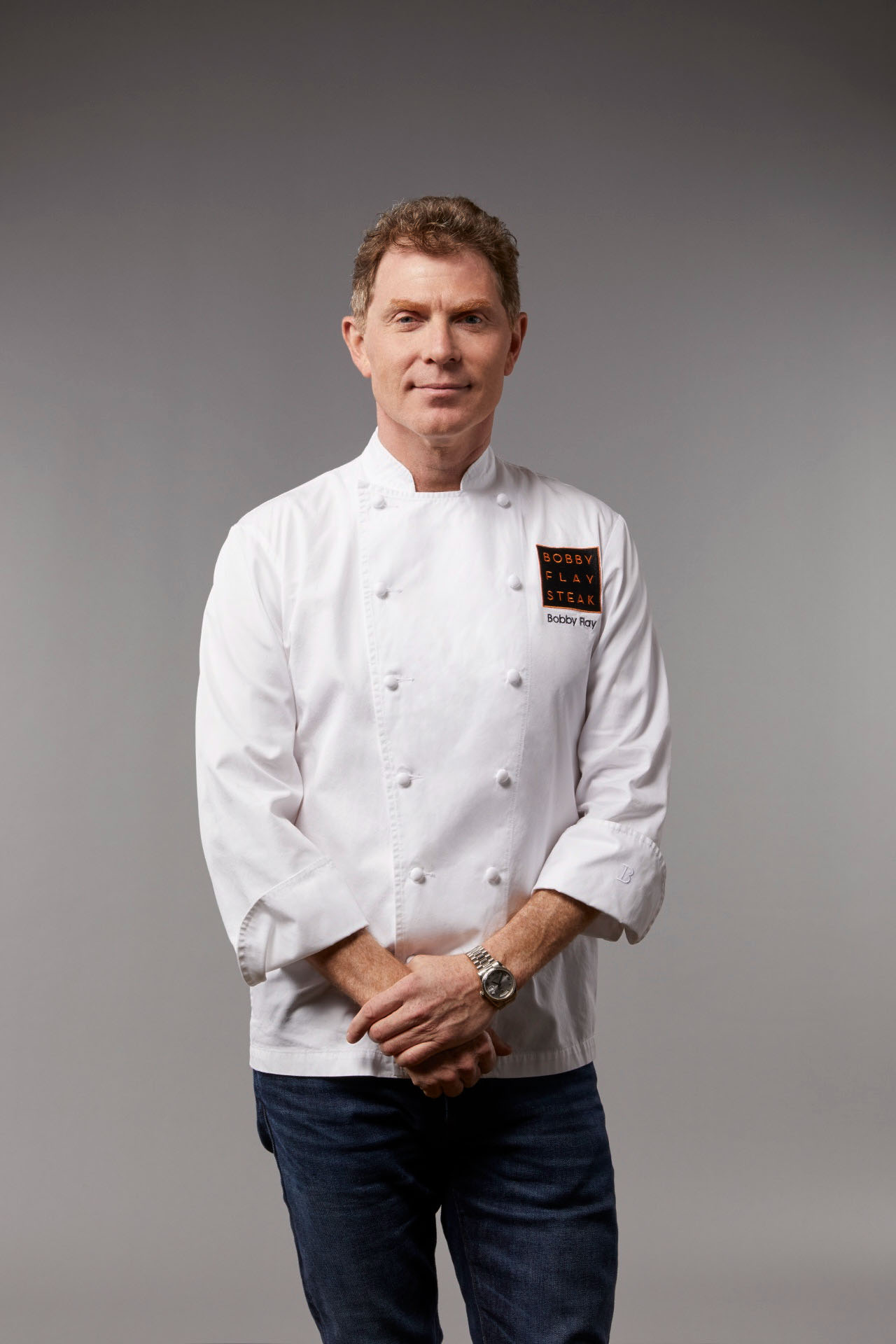 BOBBY FLAY
This born and bred New Yorker only had a high school GED when he was accepted into the French Culinary Institute and was a member of its first graduating class in 1984. He then spent three years garnering as much in-the-kitchen experience as possible under James Beard Award-winning chef Jonathan Waxman before launching his first restaurant, Mesa Grill, in NYC in 1991. From there, his star power sky-rocketed; Flay made his first TV appearance on Iron Chef America in 1994, starred in Grillin’ and Chillin’ two years later, and launched Boy Meets Grill with Bobby Flay in 2003. BBQ with Bobby Flay, Throw down! with Bobby Flay, The Next Food Network Star, Worst Cooks in America, and more followed. Today his net worth tops $30 million. 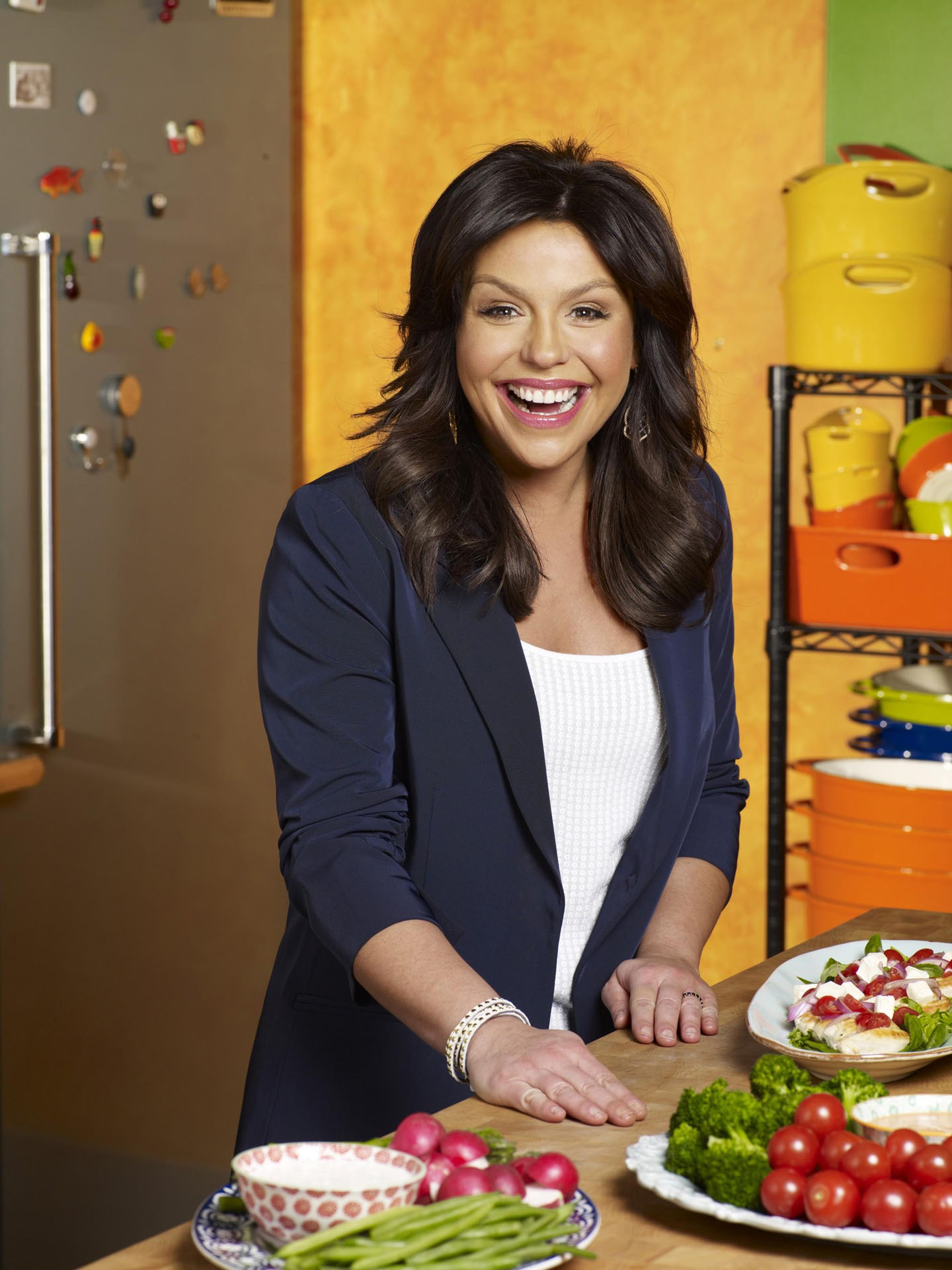 RACHAEL RAY
The richest female chef (her net worth tops $100 million) in the world amassed her fortune on quick, easy-to-follow recipes, from clam chowder to mac n’ cheese. 30 Minute Meals debuted on the Food Network in 2001 and has been around for 29 seasons, kicking off an empire for the self-taught chef that now includes an astounding 30 books and a nationally syndicated talk show. In addition to hosting or guest starring in a medley of reality cooking series and competitions, including Beat Bobby Flay, Worst Cooks in America, and Rachael Ray’s Kids Cook-Off, she’s also cameoed in several scripted series and even played Spam in The Emoji Movie. 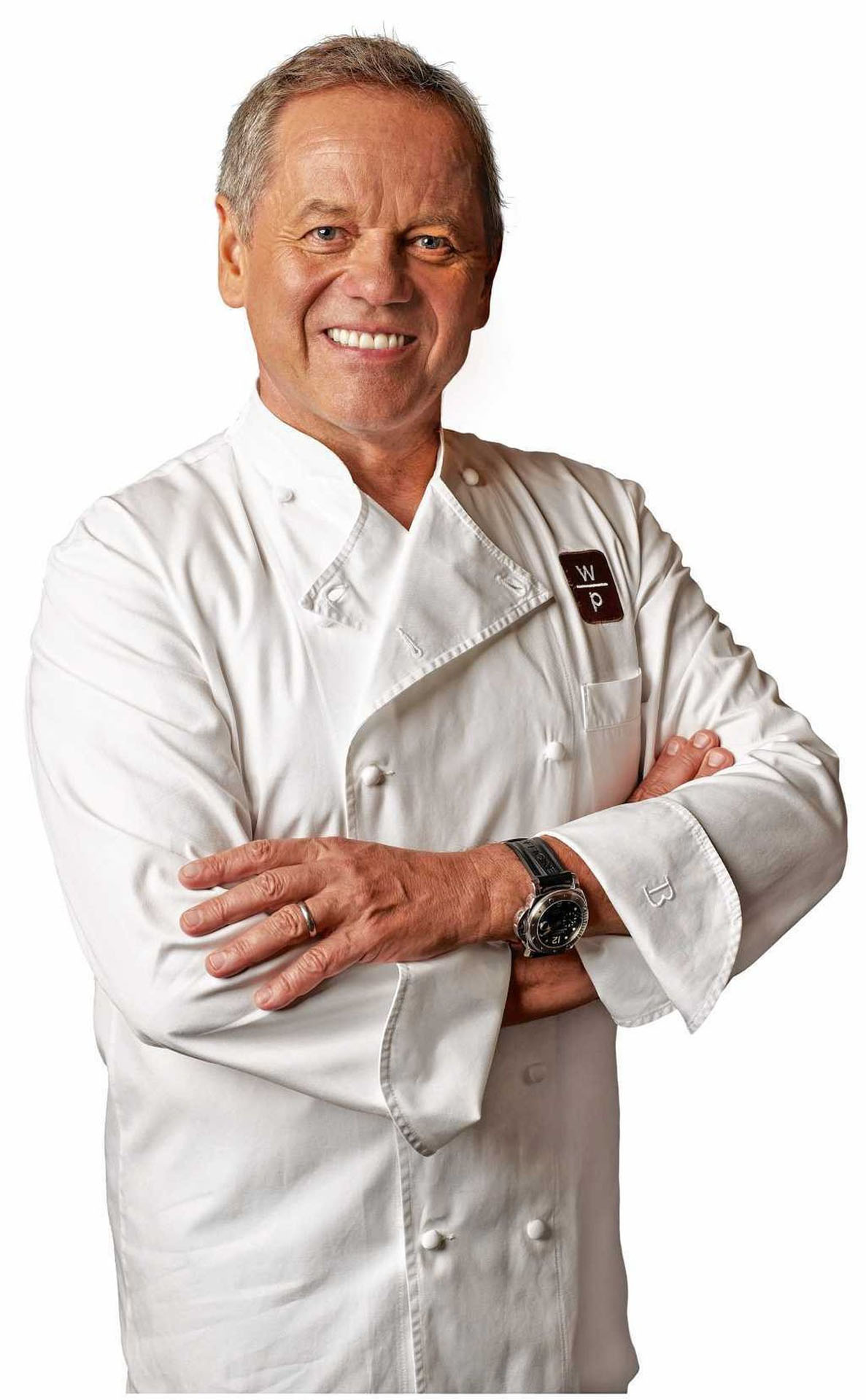 WOLFGANG PUCK
Hailing from a small Austrian town, chef Puck was only 14 when he began his professional culinary training, working for some of the most illustrious restaurants in France before relocating to the U.S. in his twenties. He gained a cult following with the opening of Spago on Sunset Strip in L.A. in the early ‘80s, which eventually spawned an empire of 20 fi ne dining locales and 80 Wolfgang Puck Express locations, from the Jersey Shore to Hawaii. He’s authored several cookbooks, including the famed Live, Love, Eat! in 2002, has been the official caterer of the Academy Awards Governors Ball for two and a half decades, and has made guest appearances on everything from late-night talk shows to game shows to primetime comedies, like Frasier and The Simpsons. 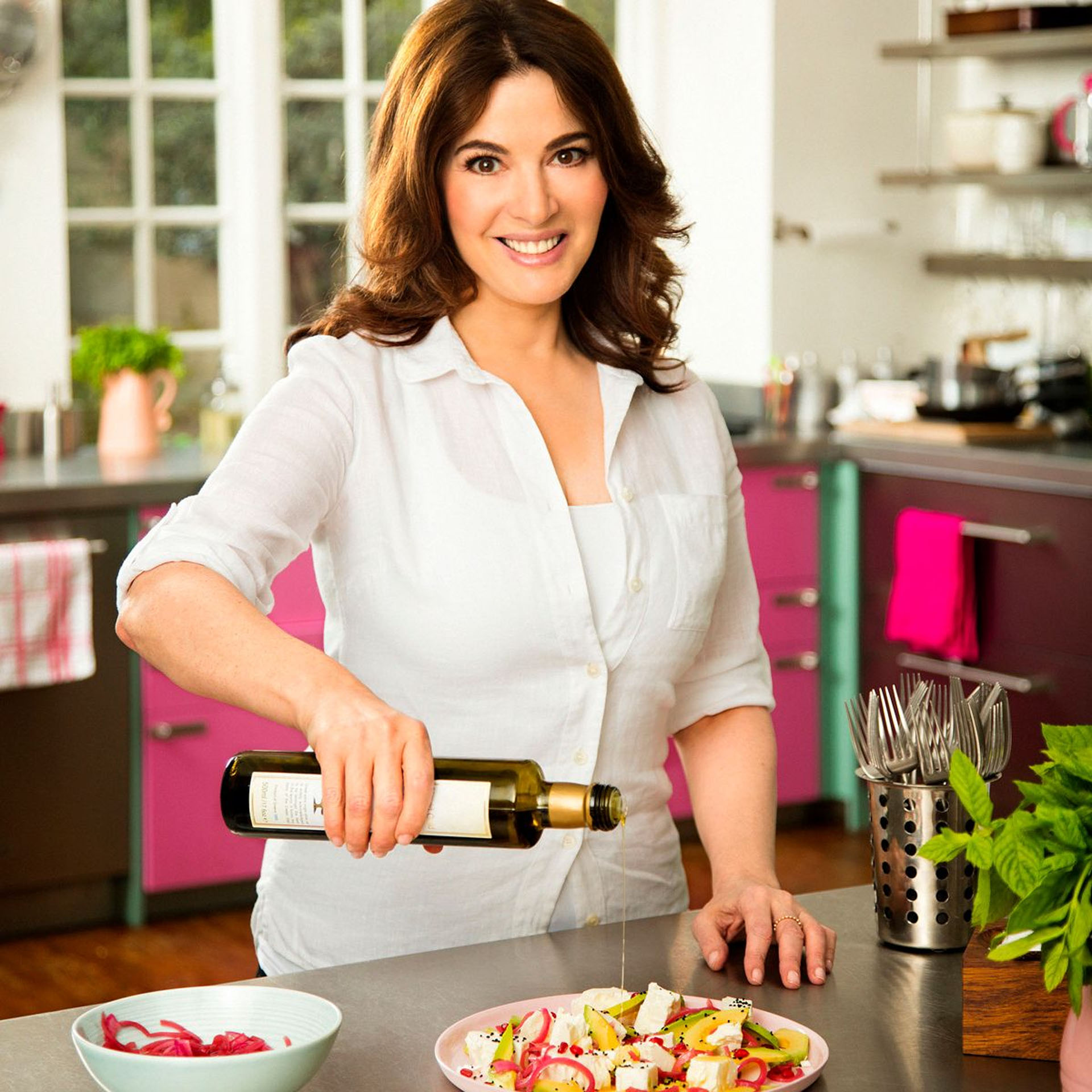 NIGELLA LAWSON
This laid-back British journalist and TV personality is rapidly building an empire, spanning eight cookbooks (totaling six million copies sold), a top-rated Food Network show, and her own iPhone app for cooking how-to’s and recipes. Rather than garner fame through searing meltdowns and fiery personality, Lawson is refreshingly low key and likable. The Oxford University graduate never officially trained as a chef, but rose to culinary prominence through freelancing in recipe and lifestyle journalism while serving as the deputy literary editor of the Sunday Times in London. Her first book, How to Eat, was published in 1998, and she was named Bon Appétit magazine’s “Tastemaker of the Year” two years later. 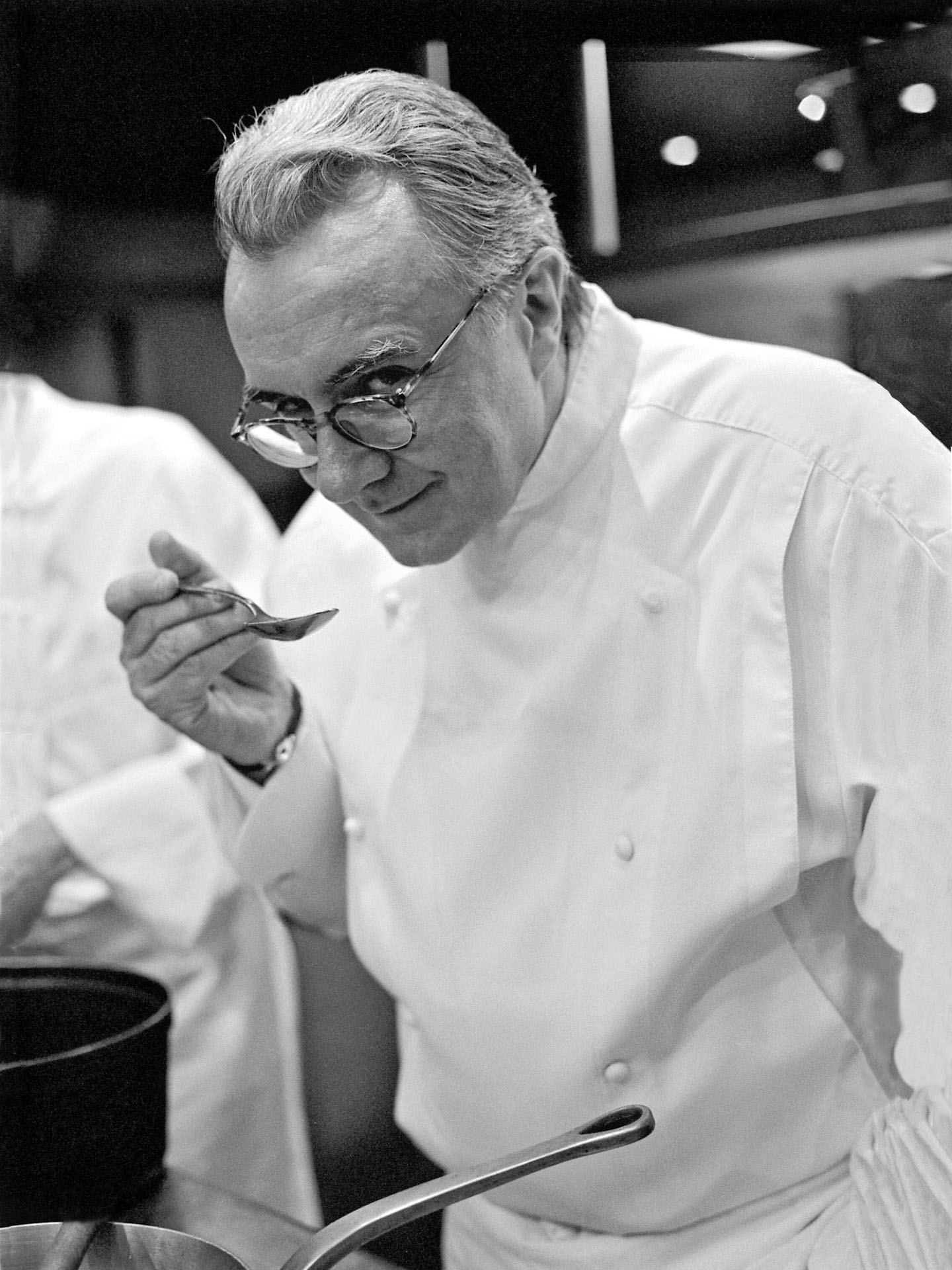 ALAIN DUCASSE
This French maestro has accolades coming out of his ears; he currently helms three triple-star Michelin restaurants across three cities, and holds the most Michelin stars of any living chef at 21 stars total (chef Joël Robuchon, who passed in 2018, holds the record of most stars ever awarded at 32). He is also the co-founder of a French culinary school in Paris and has authored several cookbooks. The gloriously decadent Le Louis XV, located in Hôtel de Paris Monte-Carlo, in Monte Carlo, Monaco, is considered his apogee restaurant. 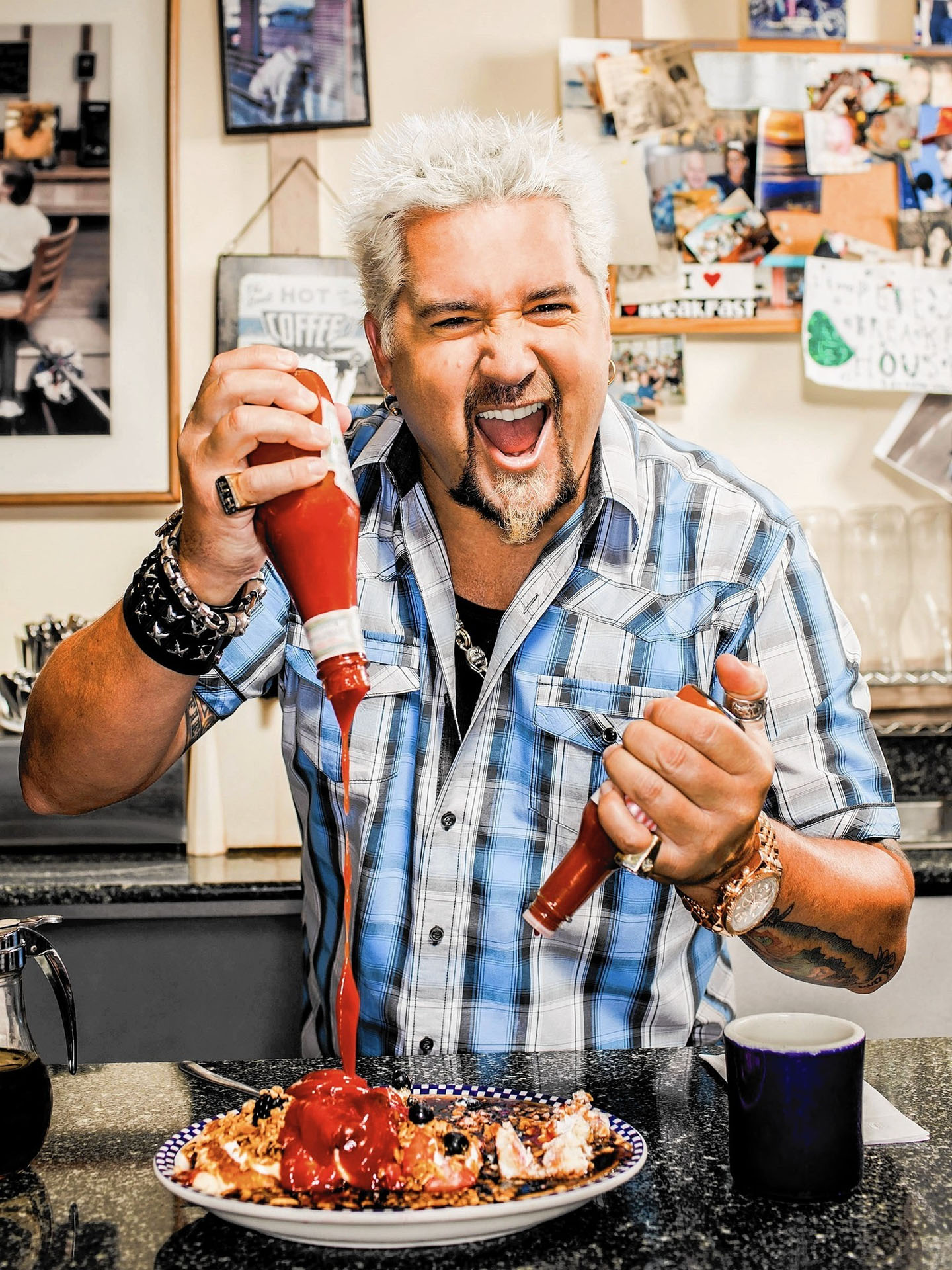 GUY FIERI
With his platinum spiked hair, skateboarder shorts, and rowdy, at times brash personality, the “Mayor of Flavor town” is credited with taking the refinery out of modern cooking shows, one bizarre catchphrase at a time. He began his ascension to culinary superstardom in 2006 after winning The Next Food Network Star in 2006, launching his own show, Guy’s Big Bite, that same year. He’s since fronted several culinary tours and cooking competitions, including the Emmy-nominated Diners, Drive-Ins and Dives and Guy’s Grocery Games. 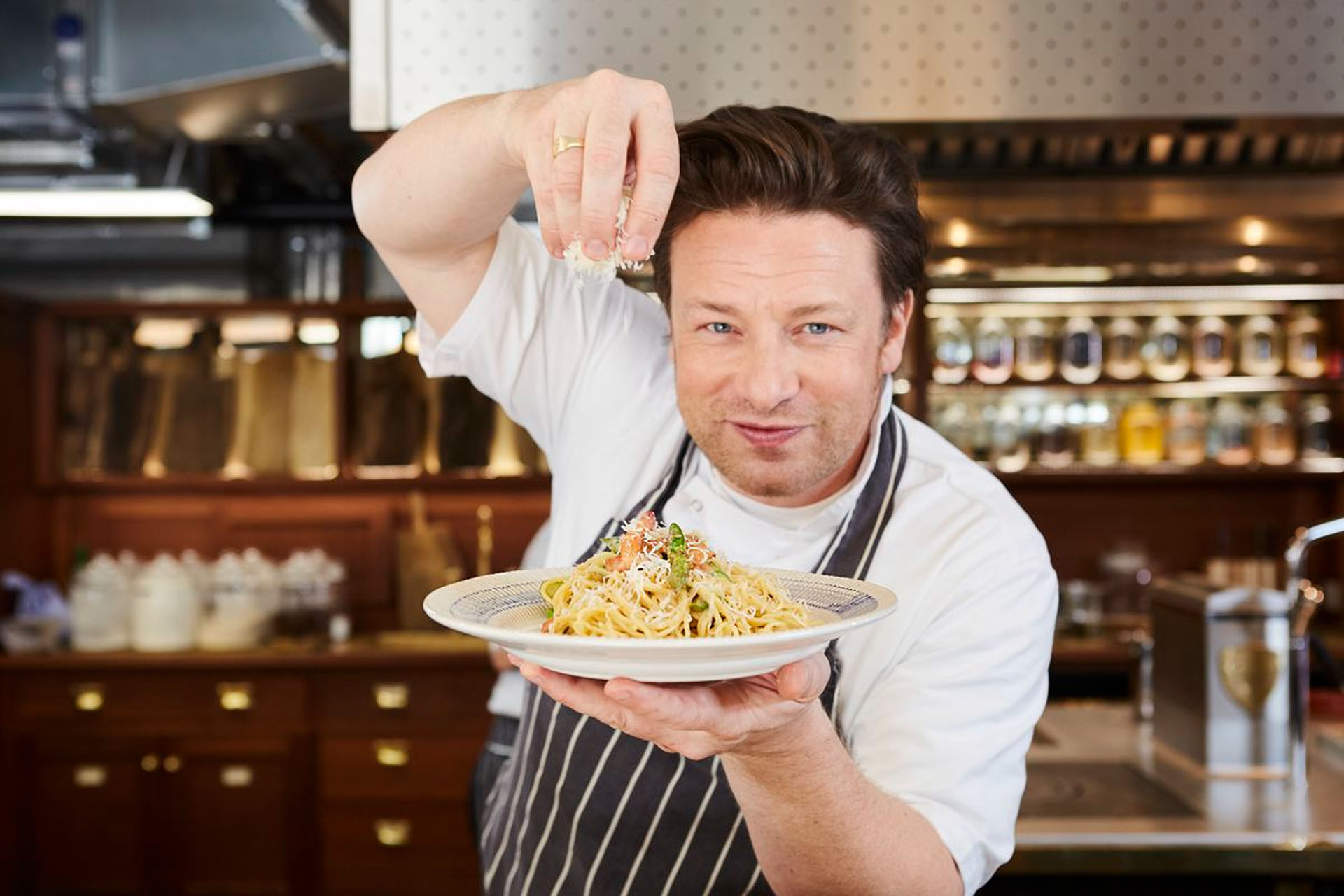 JAMIE OLIVER
His parents owners of a landmark pub in Clavering, this British chef was practically raised in the kitchen. At 16, he dropped out of school to complete his culinary training at the Westminster Catering College before landing a job as a sous-chef at the revered River Café, where he would later be featured in a documentary about the London hotspot. A TV persona came naturally to the gregarious young cuisiner, and Oliver was offered his own show, The Naked Chef (1999-2001), a cheeky, laid-back cooking how-to that spawned a best-selling cookbook. The chef has also been a longstanding advocate of healthy eating; one of his earlier initiatives, the Feed Me Better campaign, launched in the U.K. in 2005, sought to address the insalubrious options in the cafeteria. His efforts, chronicled in Jamie’s School Dinners, were a rousing success, and the government eventually agreed to increase its spending on healthier school lunch options. 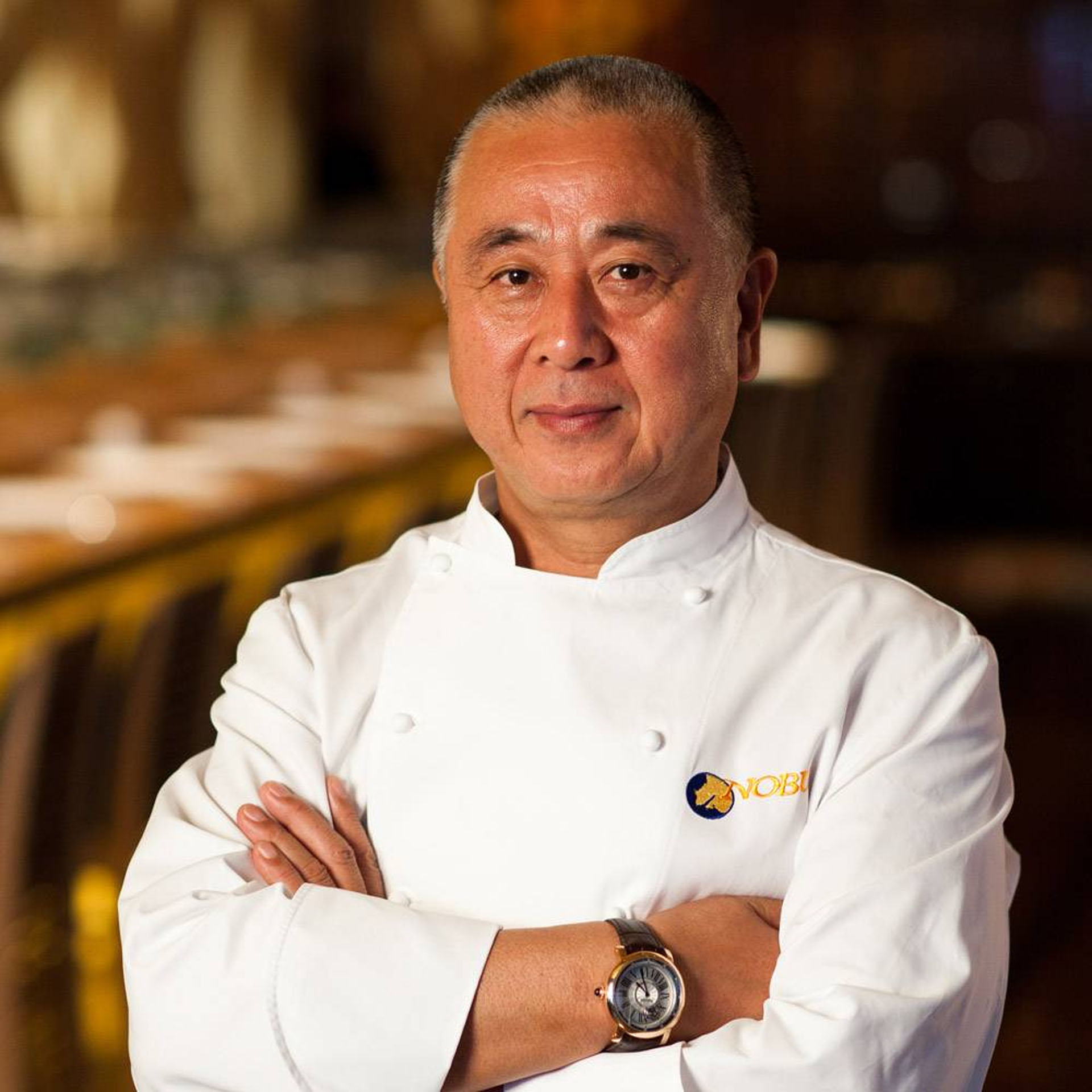 NOBUYUKI “NOBU” MATSUHISA
The mastermind behind his now-famous misomarinated black cod developed his signature Japanese-Peruvian style while training as a young chef in Peru in the 1970s. He wasn’t able to source his go-to ingredients from his native Japan, so the ambitious young chef improvised. After moving to L.A., he opened Matsuhisa on La Cienega Boulevard in the late ‘80s, but it wasn’t until he met Hollywood heavyweight Robert De Niro that the sweeping global culinary and lifestyle concept Nobu was born. Today the Nobu brand encompasses 47 high-end restaurants and 13 hotels, blending minimalist Japanese tradition, luxury flavors, and cool modern aesthetics. The revered chef has even taken a page out of his partner’s cinema playbook and appeared in three feature films, including Austin Powers in Gold member (2002) as Mr. Roboto. 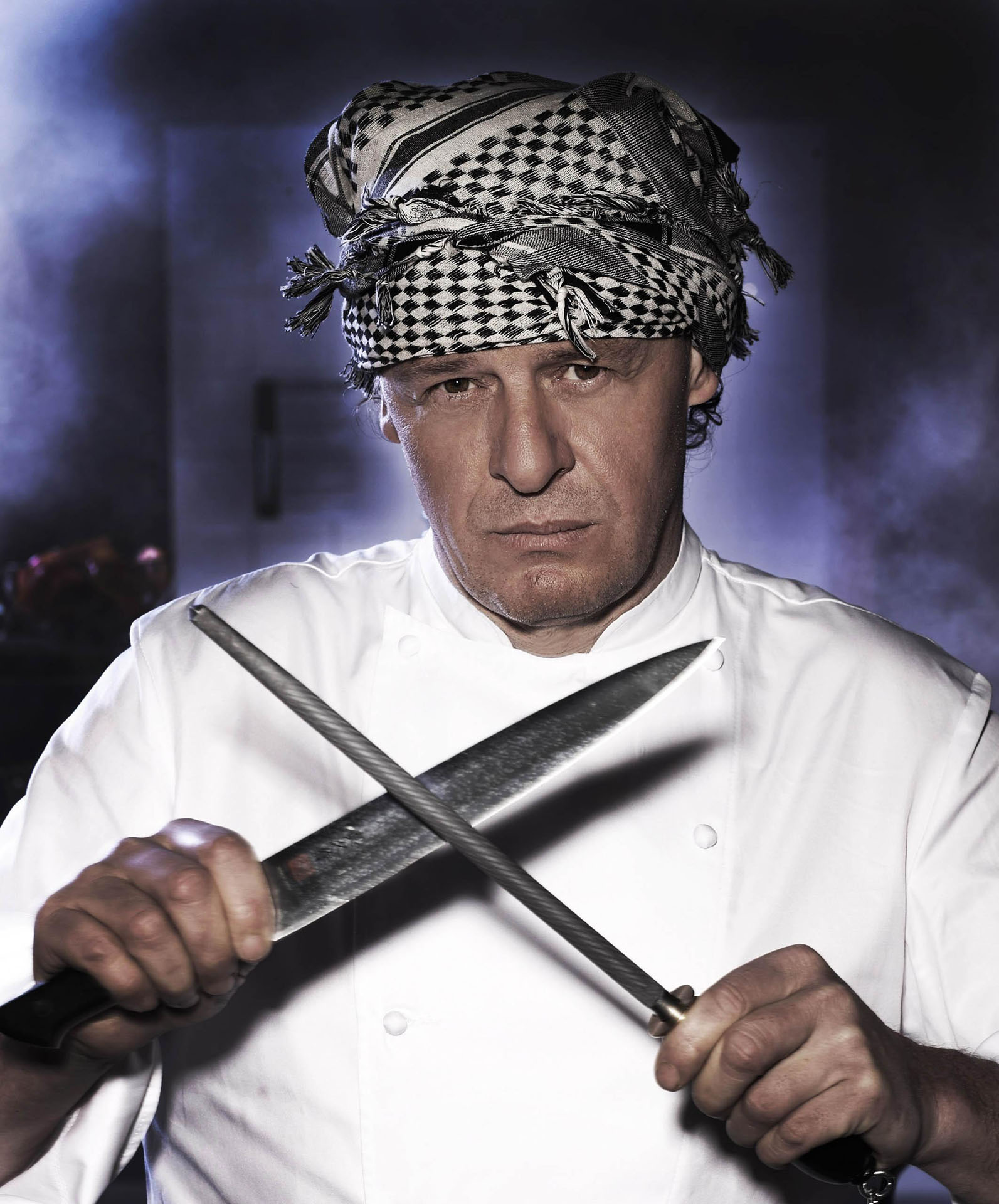 MARCO PIERRE WHITE
The O.G. celebrity chef and father of modern fi ne dining, this British culinary bad boy garnered fame in his early career for his “devil in the kitchen” attitude, charging customers astronomical amounts – even throwing them out of his restaurant for special requests or a side of fries. The enfant terrible, he was soon called, but that didn’t stifle his booming career. White left his hometown of Leeds at 16 with only “£7.36, a box of books and a bag of clothes” to his name, his sights set on becoming a cook in London. After training under French legends Albert and Michel Roux, he clawed his way up the kitchen ranks before opening his own restaurant, the iconic Harveys, in 1987, earning a Michelin star almost immediately. At 33 he was the youngest chef in history to earn three stars, and he famously handed them back five years later, noting, “When I had three stars, I never had any freedom.” He’s appeared as a guest judge on Master Chef Australia and had a turn in Hell’s Kitchen. Today the “reformed devil” lives in Wiltshire, England, and while he happily no longer has any stars, he does own several successful high-end steakhouses. 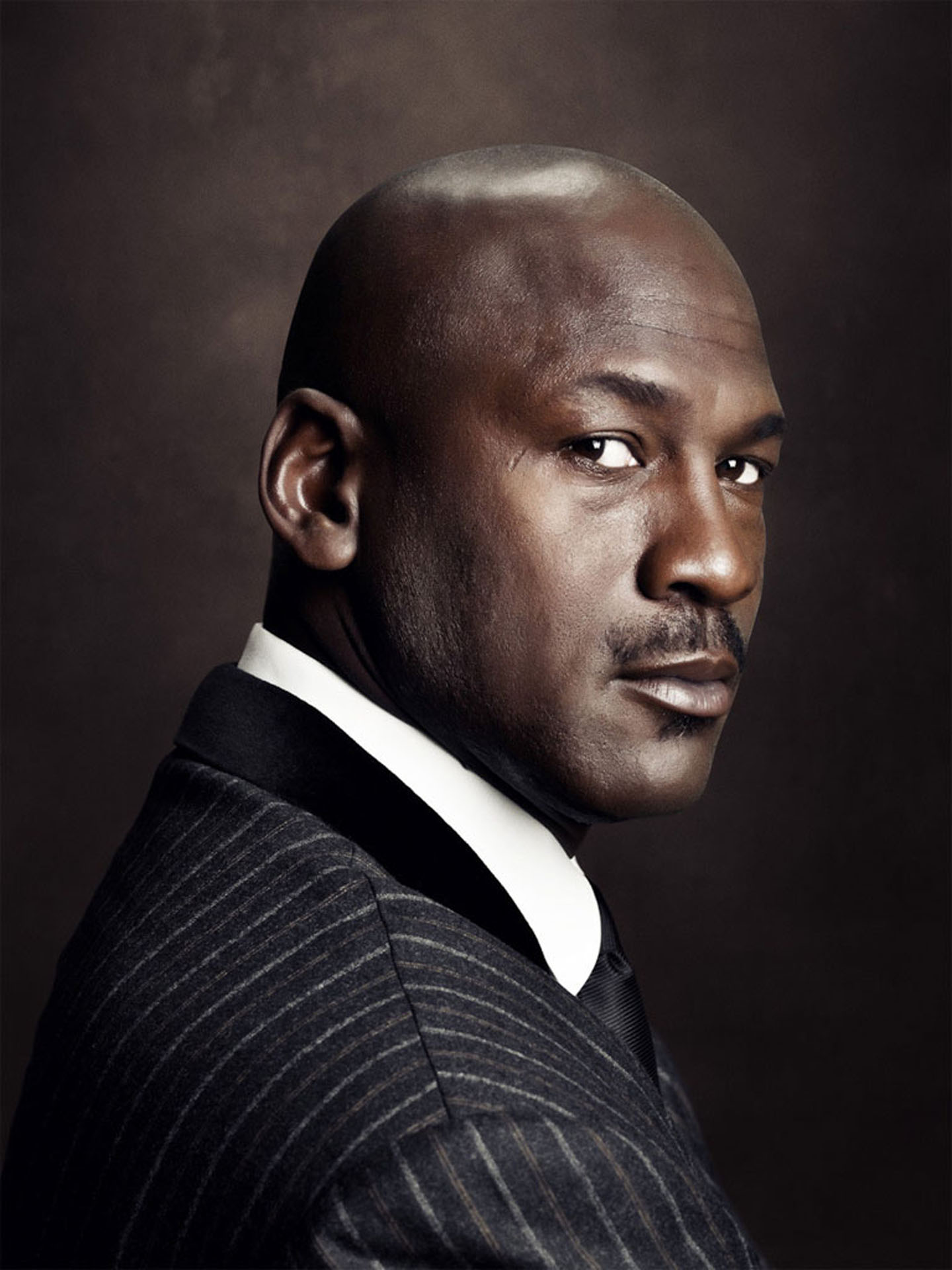 MICHEAL JORDAN
In 1993, the Bulls legend followed a legion of other athlete-turned-restaurateurs and opened a restaurant in Chicago’s River North, but this early venture was more err than “air.” It closed six years later. But like his epic comeback on the court, Jordan learned from his early mistakes and rallied back with a vengeance with his first steakhouse in NYC’s Grand Central Terminal no gimmicks, just elegance. Today MJ’s nameplate spans multiple outposts (though, sadly, his original did shutter its doors in late 2018) including Chicago’s Magnificent Mile, Washington, Connecticut, and the affluent Chicago suburb of Oak Brook. 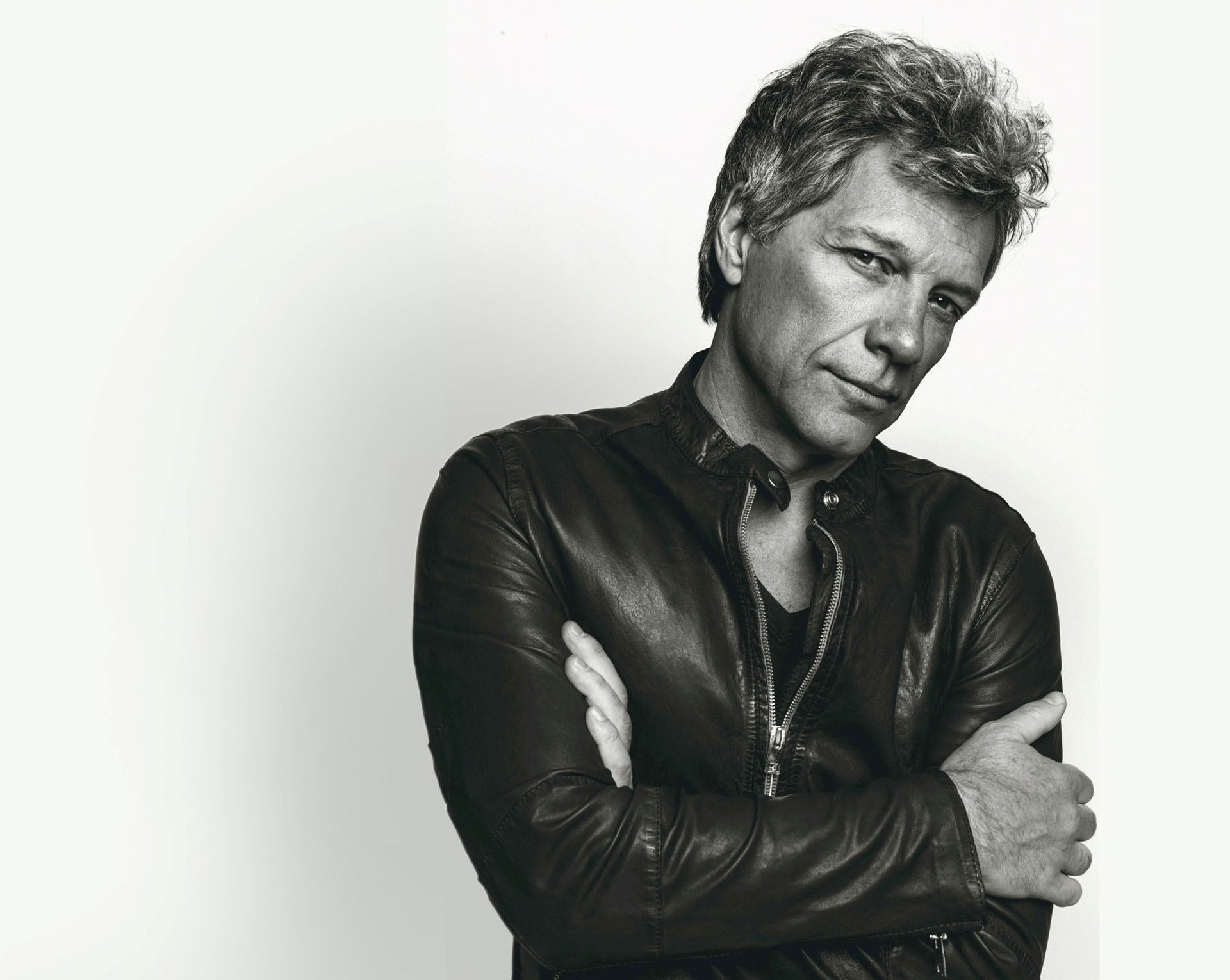 JON BON JOVI
The American rocker and Garden State native is also a celebrated philanthropist, and to give back to his home state he founded JBJ Soul Kitchen, a nonprofit community restaurant with locations in Red Bank, Toms River, and Rutgers University that serves locally sourced grub for the greater good. Rather than prices, each dish is tied to a suggested donation, therefore those that can afford the meal pay, and those that can’t are asked to volunteer instead. 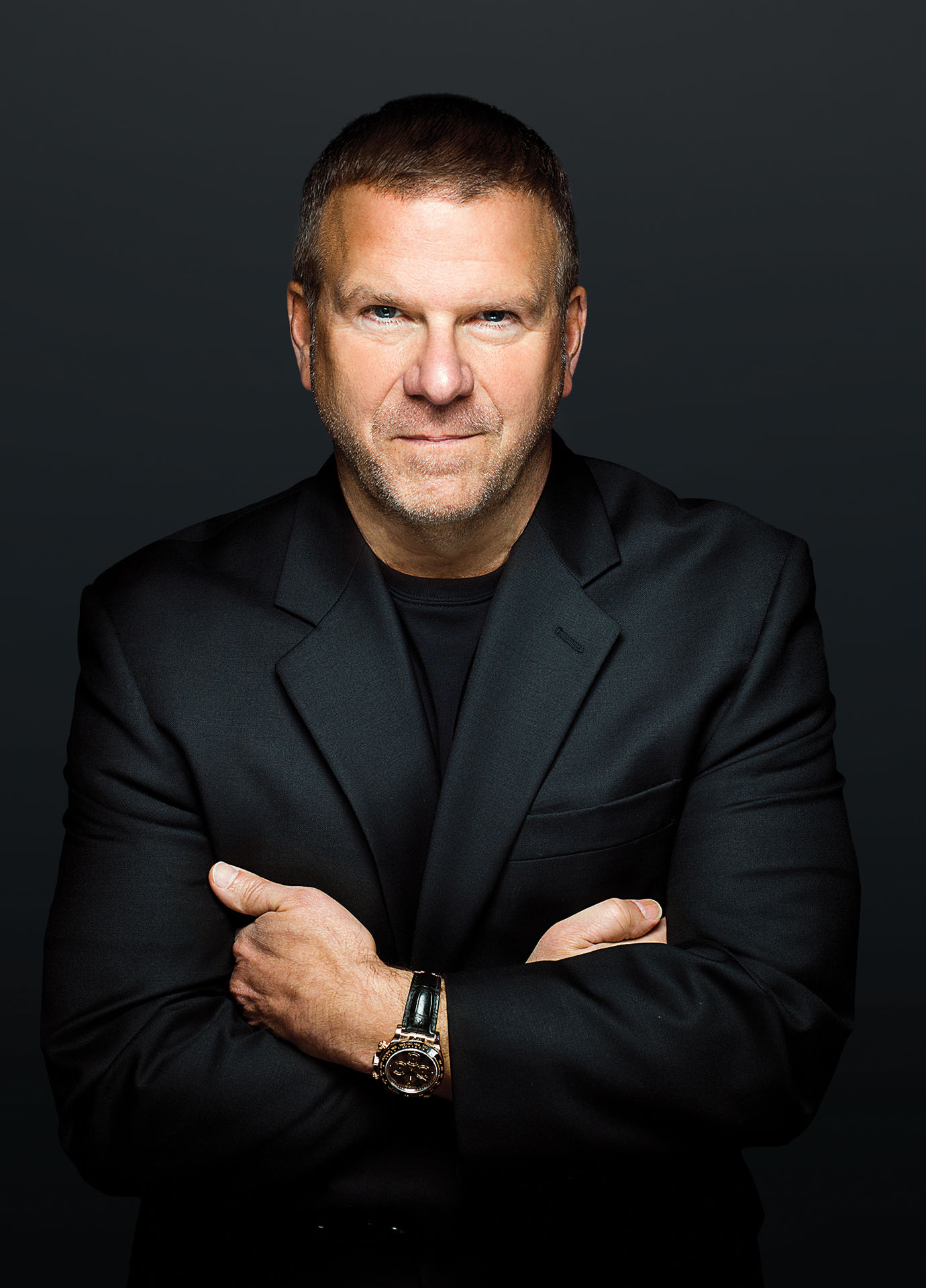 TILMAN FERTITTA
With an estimated net worth of $4.5 billion, the owner of Landry’s is considered the world’s richest restaurateur, with more than 600 properties across 36 states and 15 countries in his armory. He’s also a gaming and entertainment mogul; following the success of his Golden Nugget Casino and Hotel brand, he launched the site GoldenNuggetCasino.com in New Jersey. His show, Billion Dollar Buyer, launched on CNBC in 2016, and his first book, Shut up and Listen, rocketed to the top of numerous bestseller lists when it hit stands in 2019. 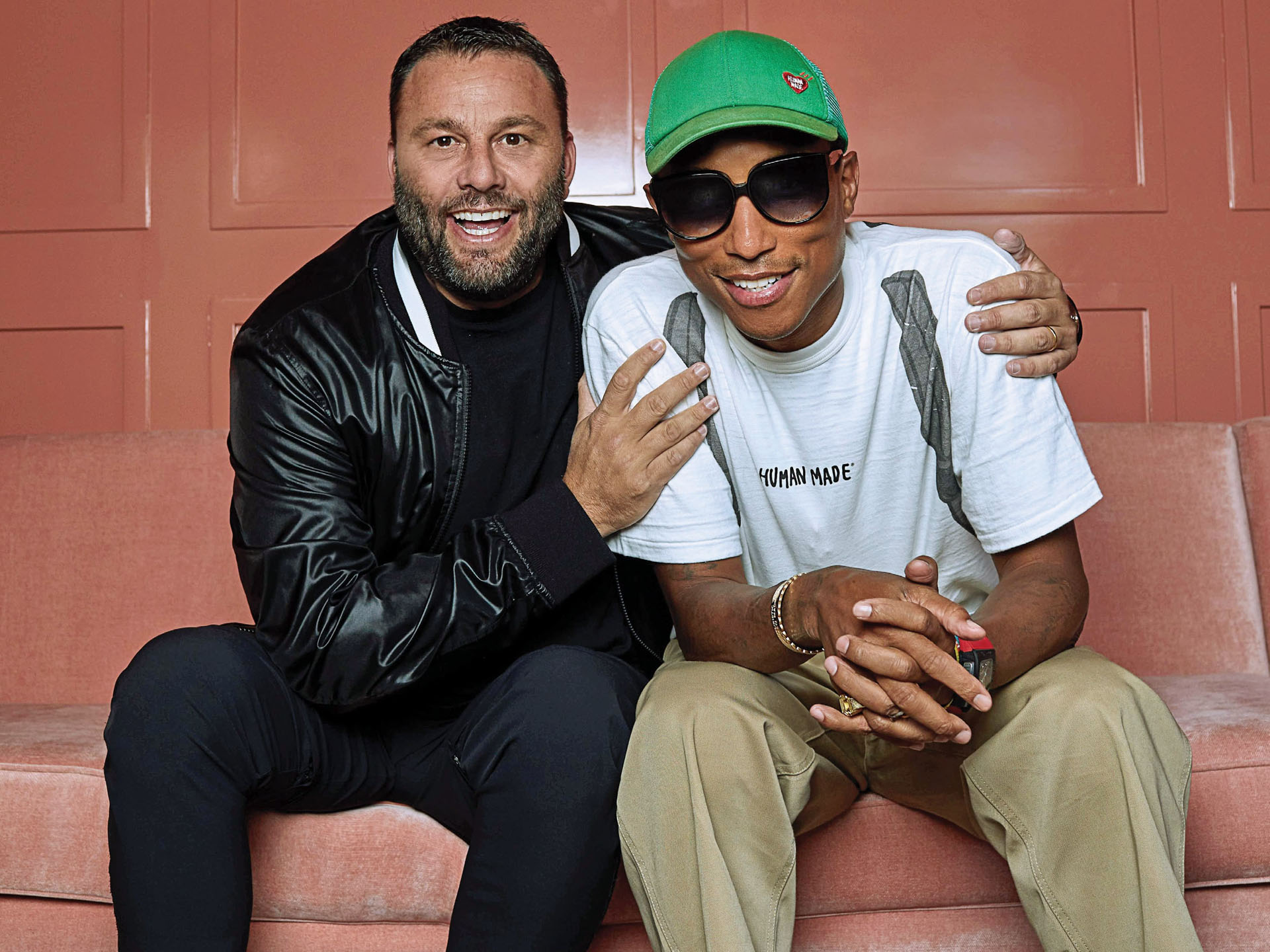 DAVID GRUTMAN
Heralded as Miami’s Nightlife King, this hospitality maven has been one of the most influential players in the modern South Florida social scene over the last decade. His firm Groot Hospitality operates some of the hottest restaurants and nightclubs in the city, including Komodo, OTL, Papi Steak, LIV, and Story. He also co-owns Swan, Bar Bevy, and Strawberry Moon with R&B superstar Pharrell Williams. Rolling Stone magazine also listed the Florida native as one of the 50 most important people in electronic dance music. 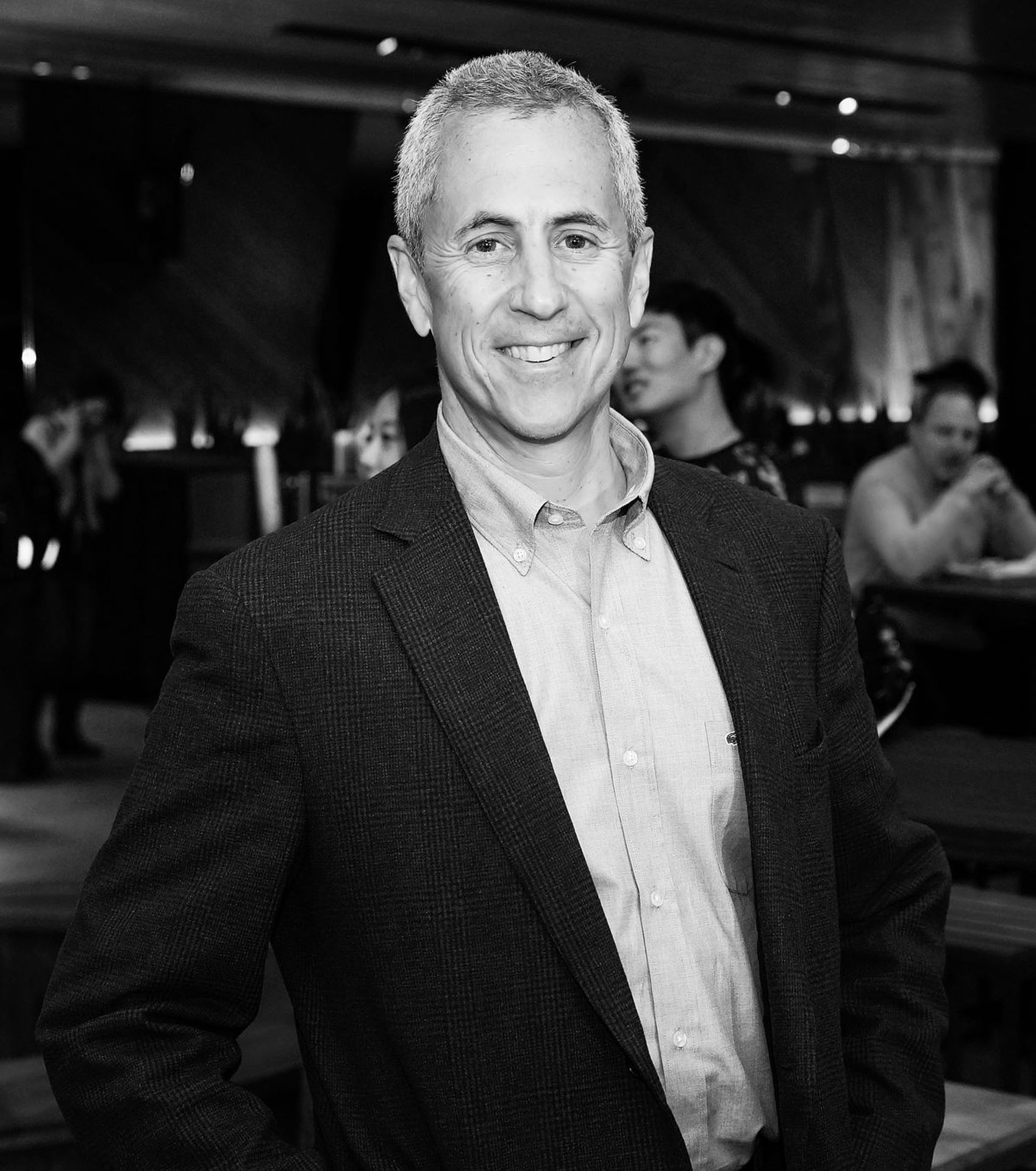 DANIEL MEYER
It takes a lot to leave an indelible mark in a dining scene as large as New York, but the CEO of the Union Square Hospitality Group has done exactly that. He’s responsible for some of the Big Apple’s most iconic restaurants and eateries, including his O.G. Union Square Cafe and Shake Shack. Gramercy Tavern, The Modern, Maialino, and many more are all his brainchildren, and he’s nabbed several James Beard awards for Outstanding Restaurant of the Year, Best New Restaurant, and Humanitarian of the Year. His business book, setting the Table (2006), became a New York Times bestseller and highlights the business practices and principles that helped him achieve such extraordinary success. 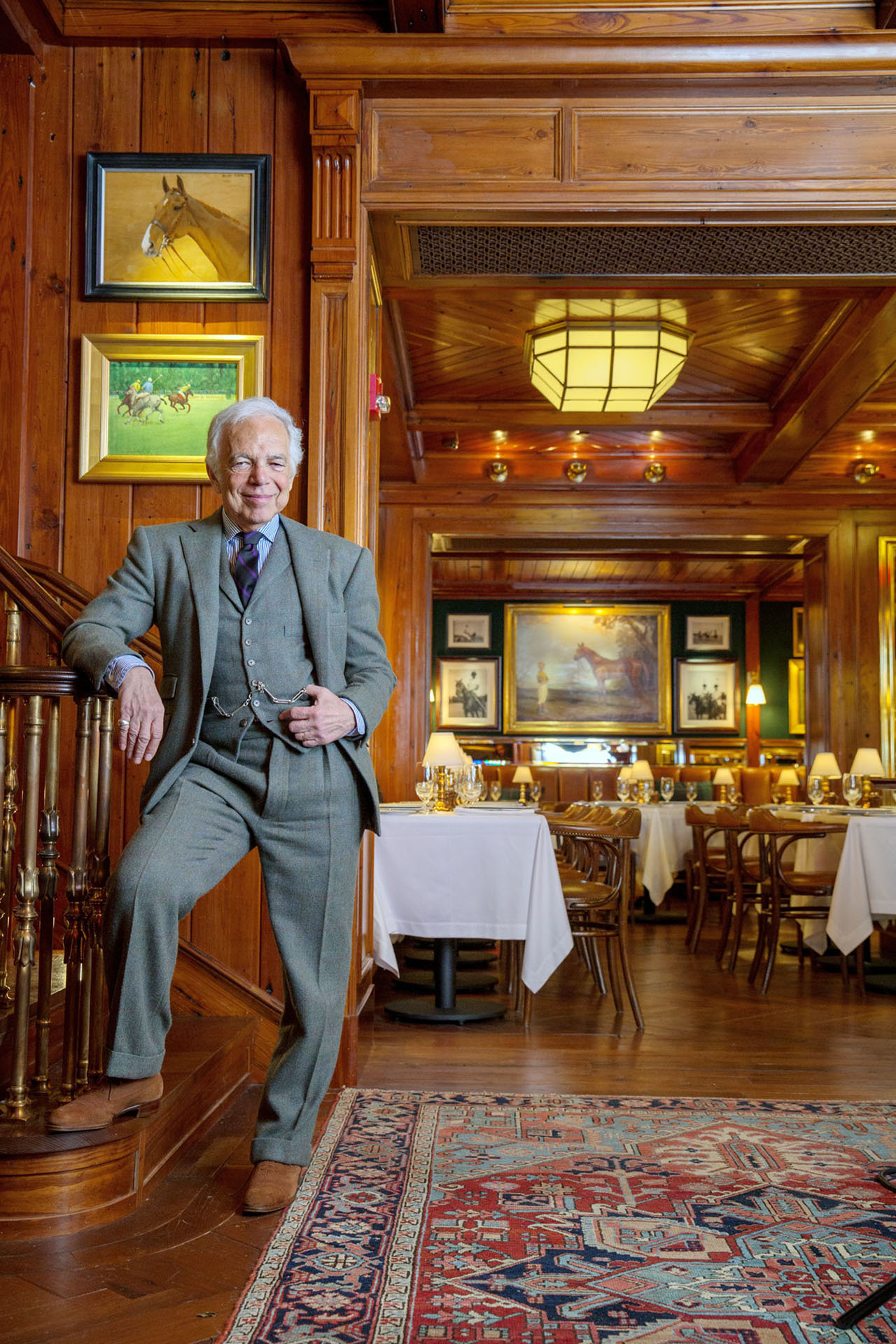 RALPH LAUREN
The fashion designer and billionaire businessman’s collective of fine-dining locales is just as elegant as one would expect: Leather banquettes and plaid cushions at the Polo Bar in Manhattan, Maine lobster and double cowboy steak in a Parisian garden at Ralph’s, and plush leather booths and dim lighting at RL on Chicago’s Michigan Avenue. Lauren’s hospitality division also includes one of the country’s largest independent coffee franchises, with 16 cafés located throughout Philadelphia, New York, Chicago, Washington, D.C., and Boston.