A SEASONED CHEF BRINGS A GRILL-CENTRIC, ITALIAN-INSPIRED MENU TO AN HISTORIC VENUE

Upon arriving at the Grill Room at the Highlawn in West Orange, the first thing one usually notices is the view. The historic restaurant, perched atop a hill in the city’s Eagle Rock Reservation, was first built in 1910 as a scenic overlook of the Manhattan skyline. Today, after the Highlawn’s recent purchase by Anthony and Jennifer Frungillo, the upscale eatery is looking to pair its storied pedigree with an exciting seasonal menu crafted by head chef Will Prunty. The goal is simple: come for the view, stay for the 24-hour Bolognese, jumbo crab cakes, and signature prime rib. 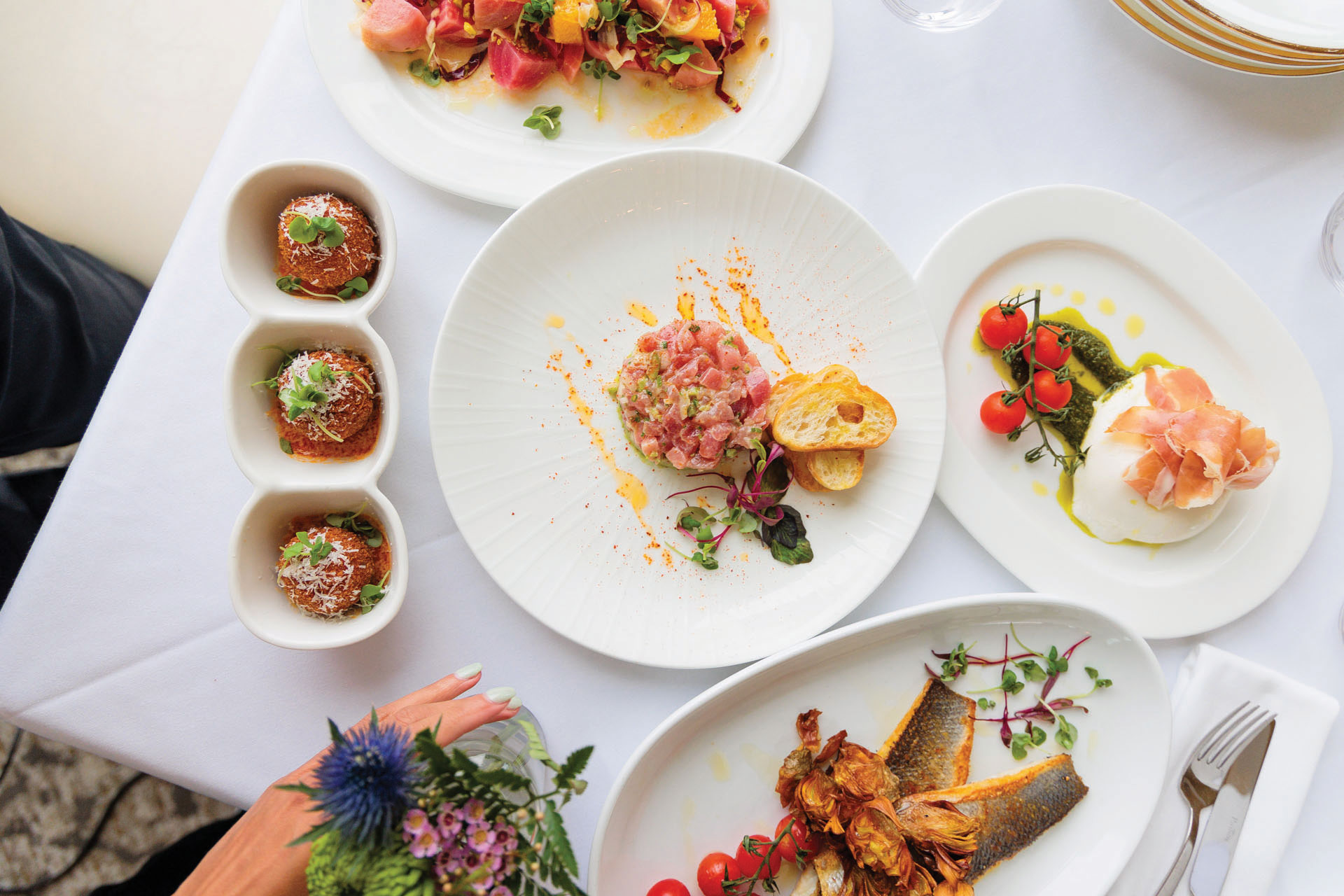 Prunty was brought on board in late March of this year. The Highlawn is only the latest stop in a storied culinary career that dates back to the family kitchen. Prunty grew up in Bay Ridge, Brooklyn, and though food was king in his house, he never grew up thinking of himself as a chef.

“I come from a family of police officers, and I thought I was going to go down that same route,” Prunty said. “My mom was actually the one who convinced me to start cooking. Before I knew it, I was out of high school, working in kitchens. I took a six-month course in the city to see if I was really into it. And that’s when the bug bit.”

Prunty’s cooking has evolved over the years, and his menu at Highlawn draws on experience in contemporary American, classic French, and rustic Italian gastronomy. He cut his teeth at the famed Bouley in Tribeca, where he learned to experiment and trust his gut. Eventually, though, Prunty came back to Italian cooking, enticed by its simplicity and ingredient forward philosophy. 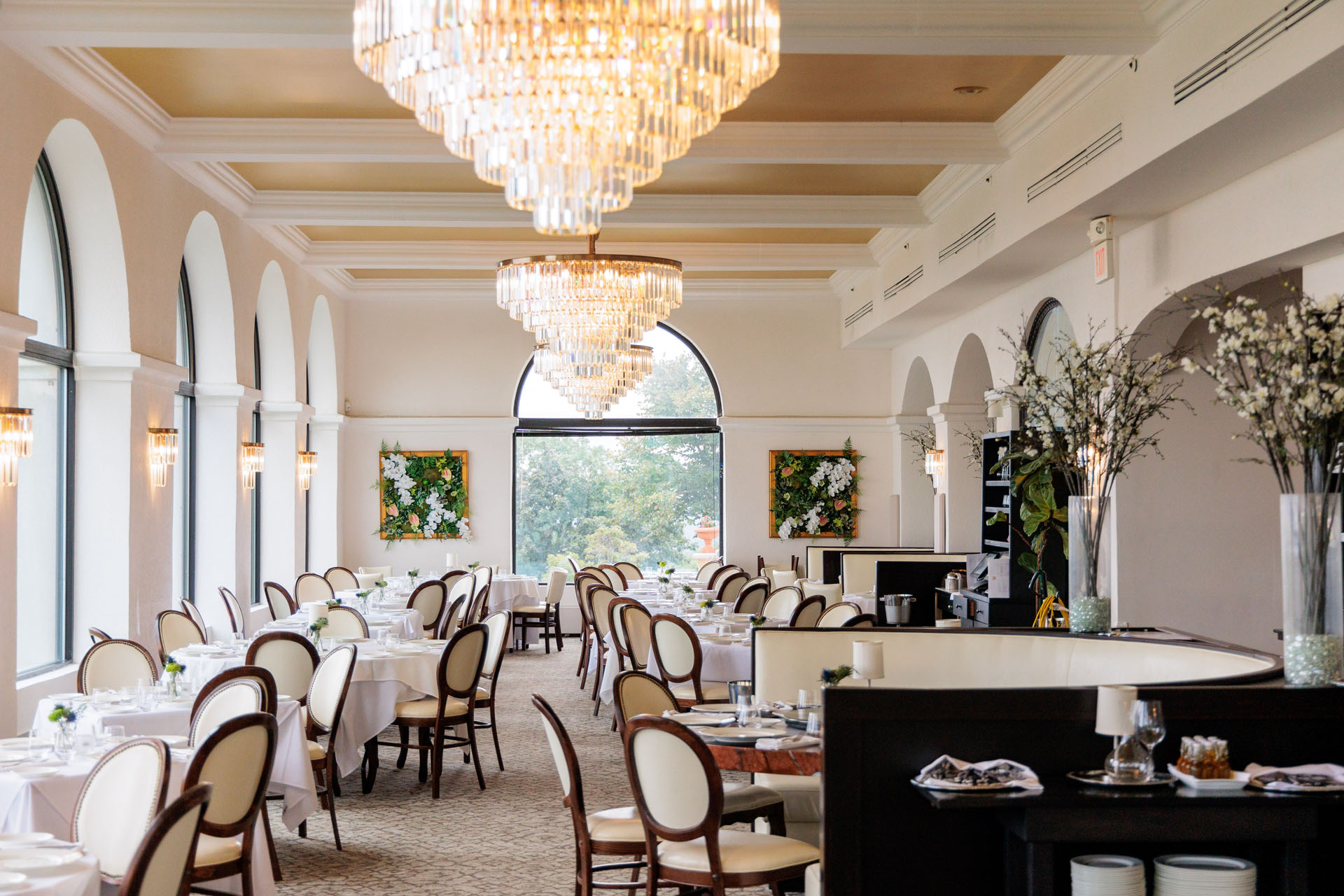 “If you can make two, three, or four ingredients really sing, then you’re good,” Prunty said. “It really isn’t piling a bunch of stuff on a plate, which was the style when I was younger. I embrace seasonality and working with really great ingredients.”

Prunty took over the Highlawn kitchen just in time to draw up his own summer menu, incorporating pre-existing customer favorites into a roster of seasonal, thoughtful dishes. There is the tagliata de manzo porterhouse, a traditional Tuscan salad of sliced beef over a bed of arugula, lemon, and shaved parm. Tomatoes have been center stage all summer, as Prunty and his team have taken full advantage of New Jersey’s excellent produce. The spaghetti pomodoro, served in a sauce of quick-cooked fresh heirlooms, is bright, clean, and simple, an antidote to heavy, lifeless red sauces drowned in olive oil. 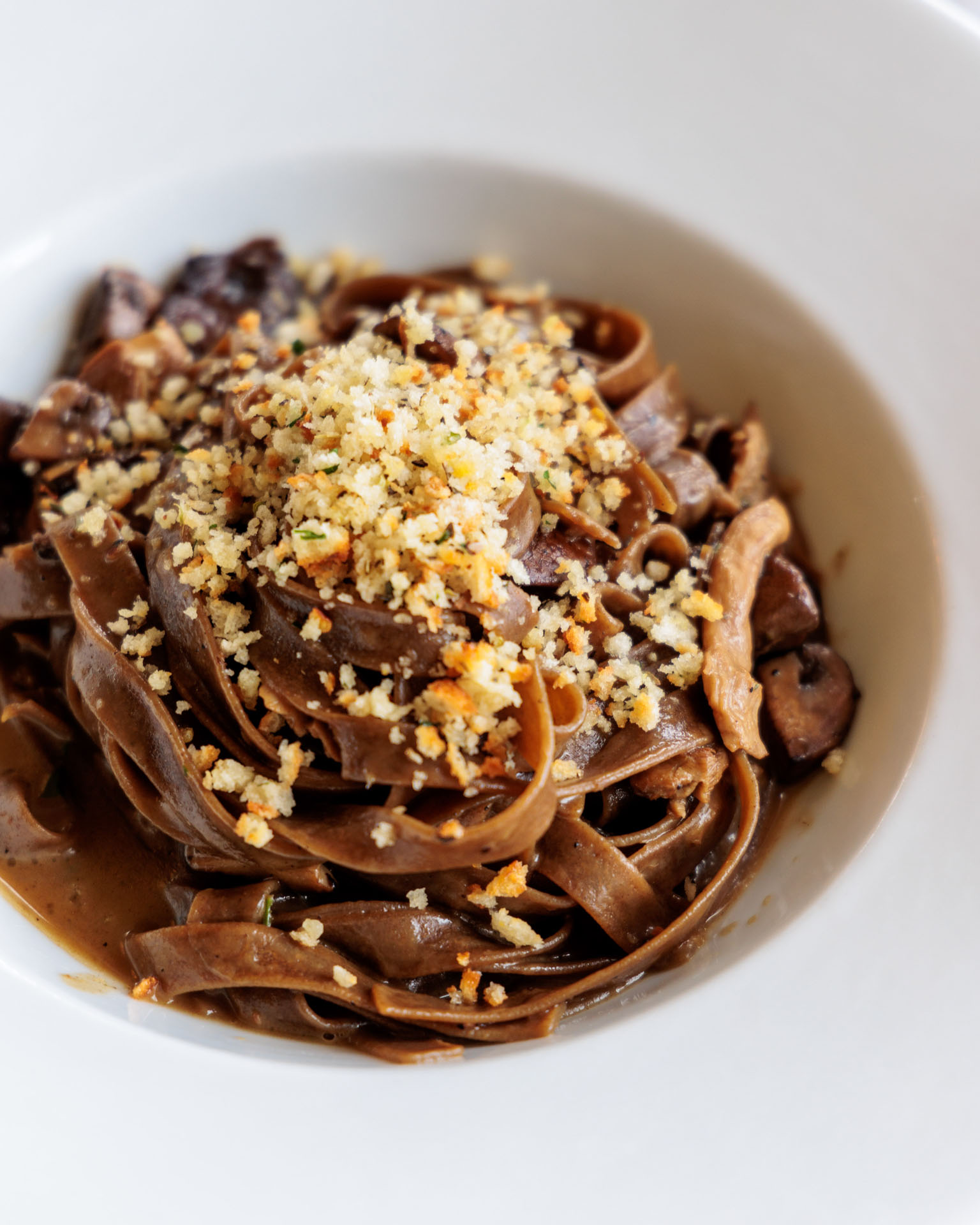 “I made the spaghetti pomodoro for the Highlawn’s owner first,” Prunty said. “It wasn’t on the menu. He said, ‘Wow that was so simple and so delicious. It’s summer on a plate.” He asked to have it on the menu for the very next dinner service.”

Tomatoes have even made it onto the restaurant’s wood-fired grill. Patrons can see the grill from almost anywhere in the dining room, assuming they can take their eyes off the Manhattan skyline long enough to look. For Prunty, the grill is the restaurant’s heart and soul. When he took over the kitchen, he made the switch from cooking with charcoal to wood, which imparts more flavor to the food. On any given day, he and his grill masters cook with a variety of woods, from cherry to hickory and ash to the occasional olive wood. Each wood offers its own subtleties, meaning that a grilled dish at the High lawn on any given day will have its own unique flavor profile. 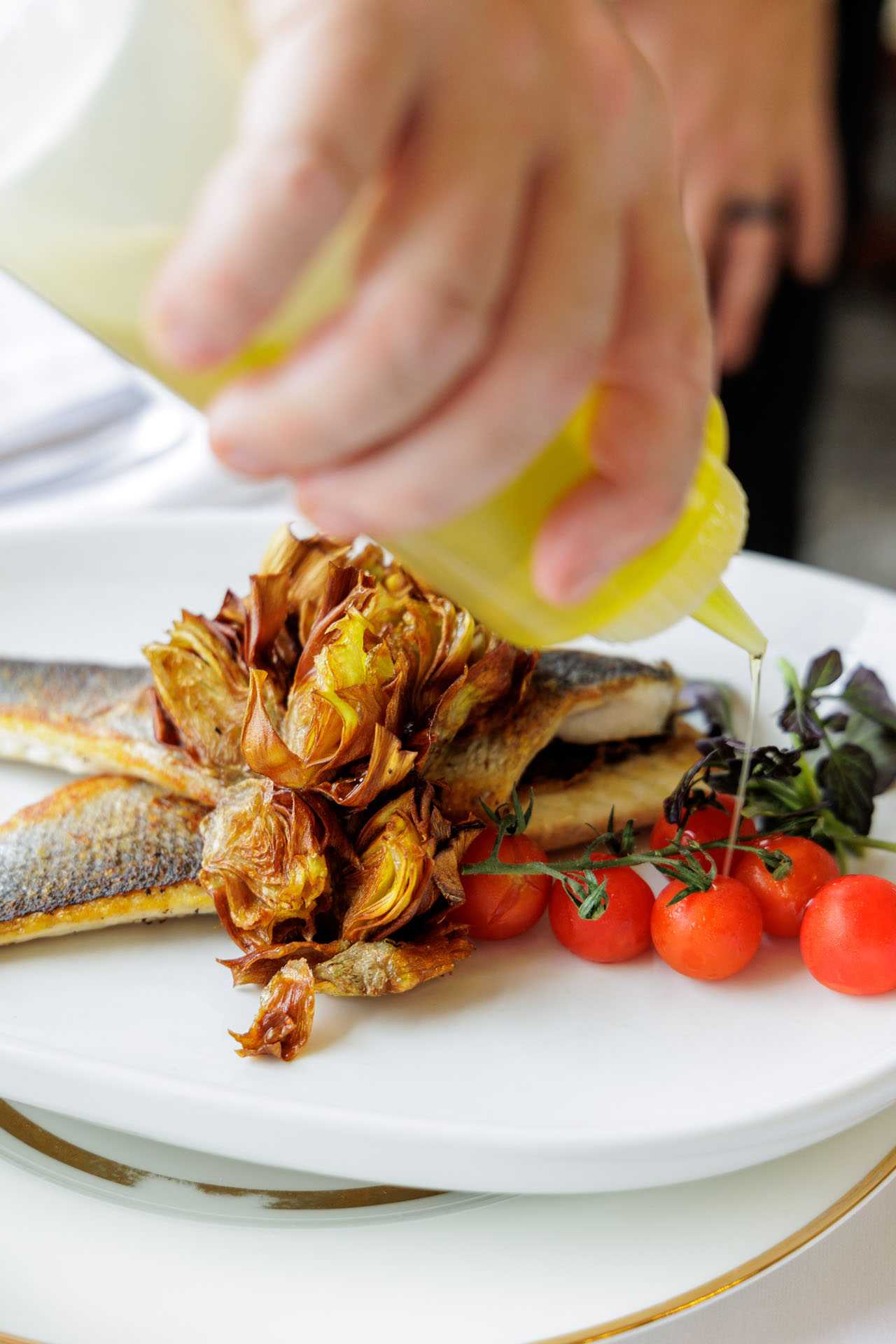 Prunty doesn’t just reserve the grill for the steaks. While the restaurant’s steaks and burgers are big draws, diners have fallen in love with an entire world of grilled vegetables and fruits, from tomatoes and long hot peppers to eggplant and asparagus. A salad staple all summer has been grilled peaches and fresh figs over stracciatella cheese finished with vin cotto. Even broccoli rabe gets thrown in a grill basket and kissed with smoke. Unlike many restaurants that advertise themselves as grills, Prunty prides himself on putting his money where his mouth is.

Prunty sees himself as a hands-on head chef. When he came on board earlier this year, he noted it was important for him to develop relationships with the pre-existing kitchen staff. Taking over a kitchen can be like buying a used car: you have to learn the quirks, see what works, and what could be improved. Since he took the reins, he’s been able to help his staff find their right roles, even going so far as moving people around to make sure they’ve found their home in the kitchen. 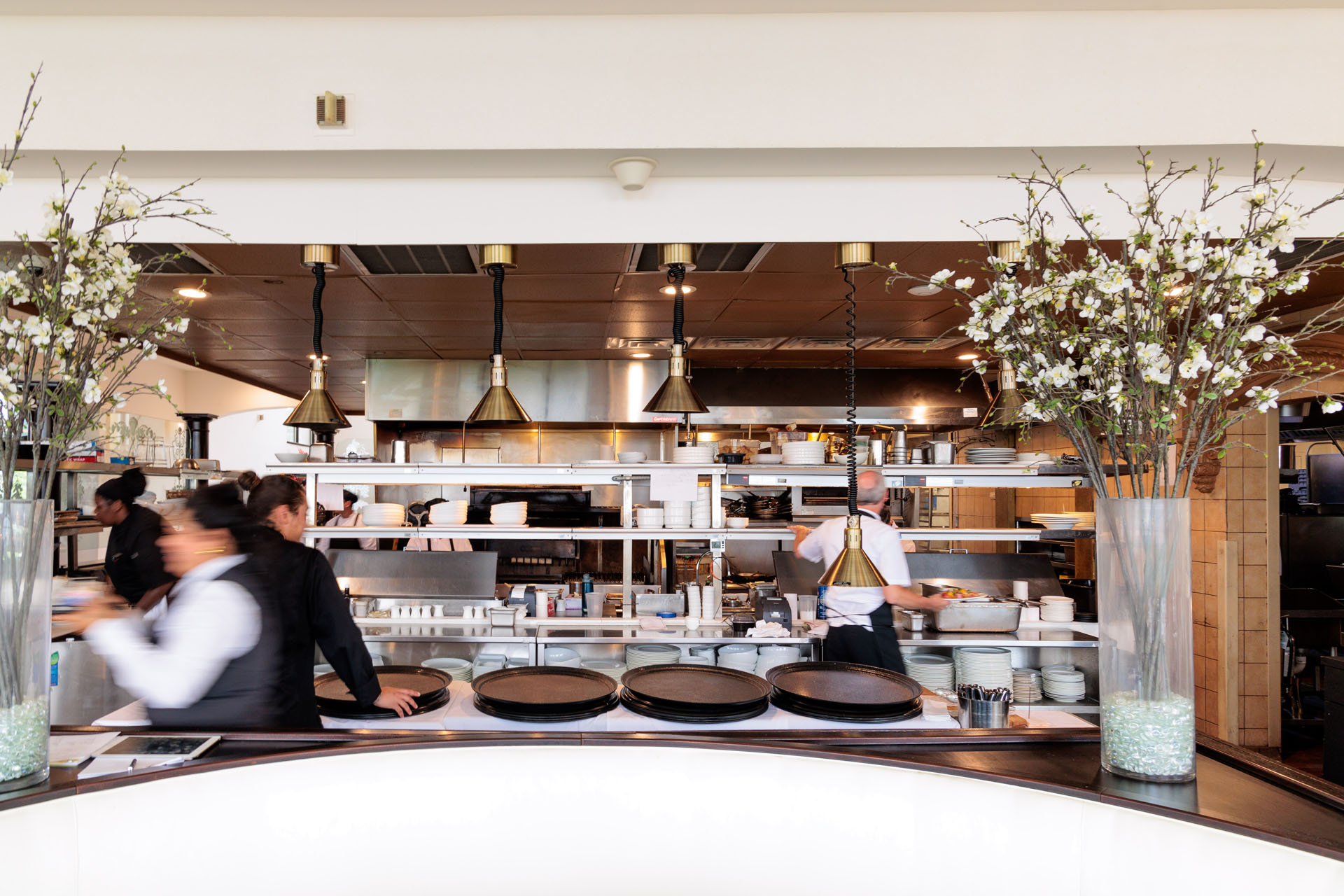 “I am on the line all the time,” Prunty said. “It’s what I love to do. I have to be sure that I’m managing in a way that my staff gets used to me, and I can navigate what they do best. That’s what all chefs do, really. Is this guy in the right spot? Is he happy with what he’s doing? I ask those questions a lot.” 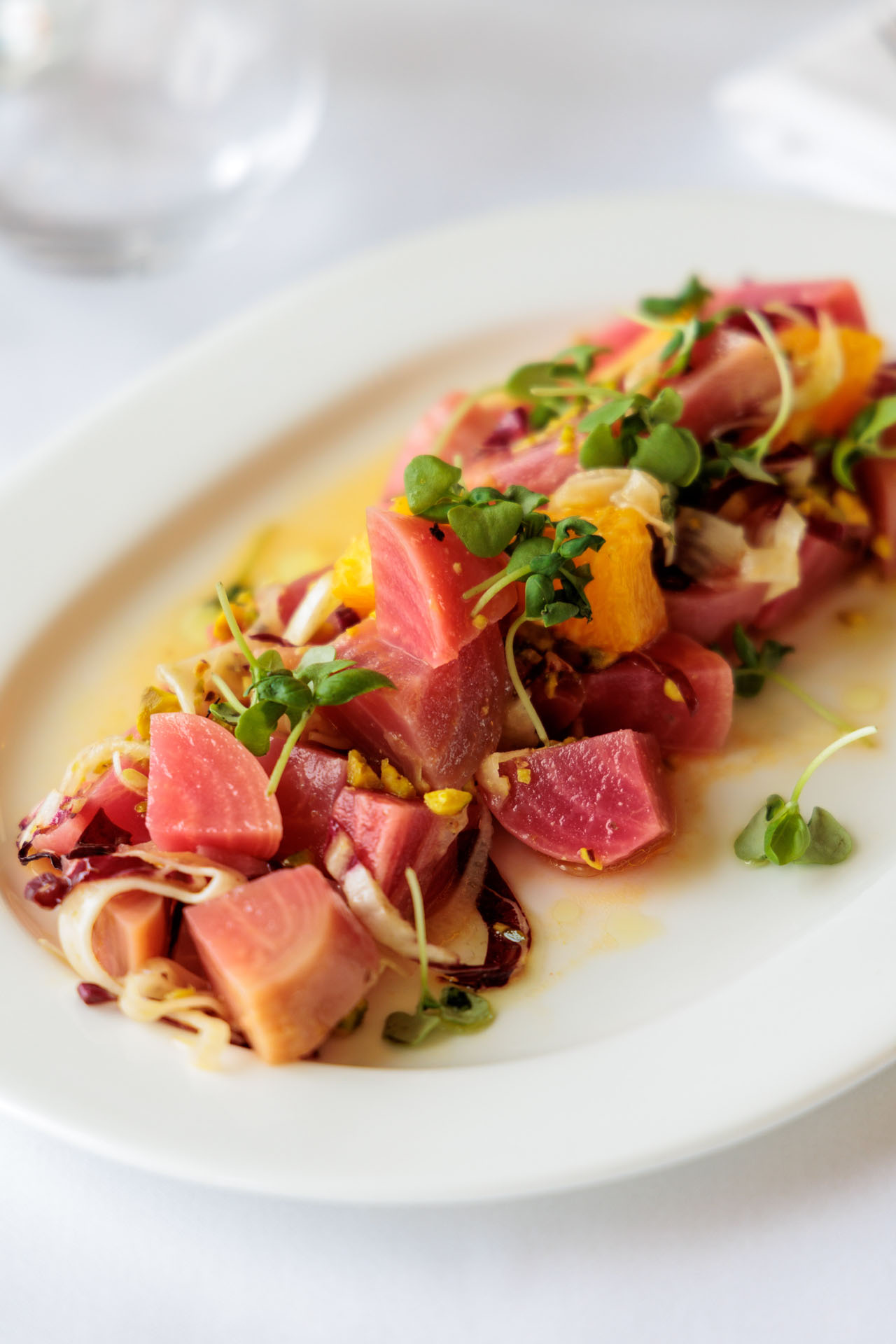 Gordon Ramsey he is not, and Prunty likes it that way. It’s in line with the modern school of thought in restaurants, namely that an engaged, balanced staff builds passion and love, which can be tasted and makes for a better final product. Simplicity is the name of the game on the Highlawn’s menu, but it’s also true in the kitchen at large, prioritizing an uncomplicated workplace that pays off on the plate.

The Highlawn’s dining room is a work of art inspired by Hope Frungillo. Windows and light abound; this is a space that for over 100 years has been built around the picturesque. But as lovely as it is, Prunty knows that he, his team, and the restaurant’s owners can’t fall back on a pretty view alone to keep customers happy. As Prunty looks forward to his fall menu, pondering the inclusion of rabbit and whatever else the season will bring, he doesn’t have much time for enjoying a skyline. 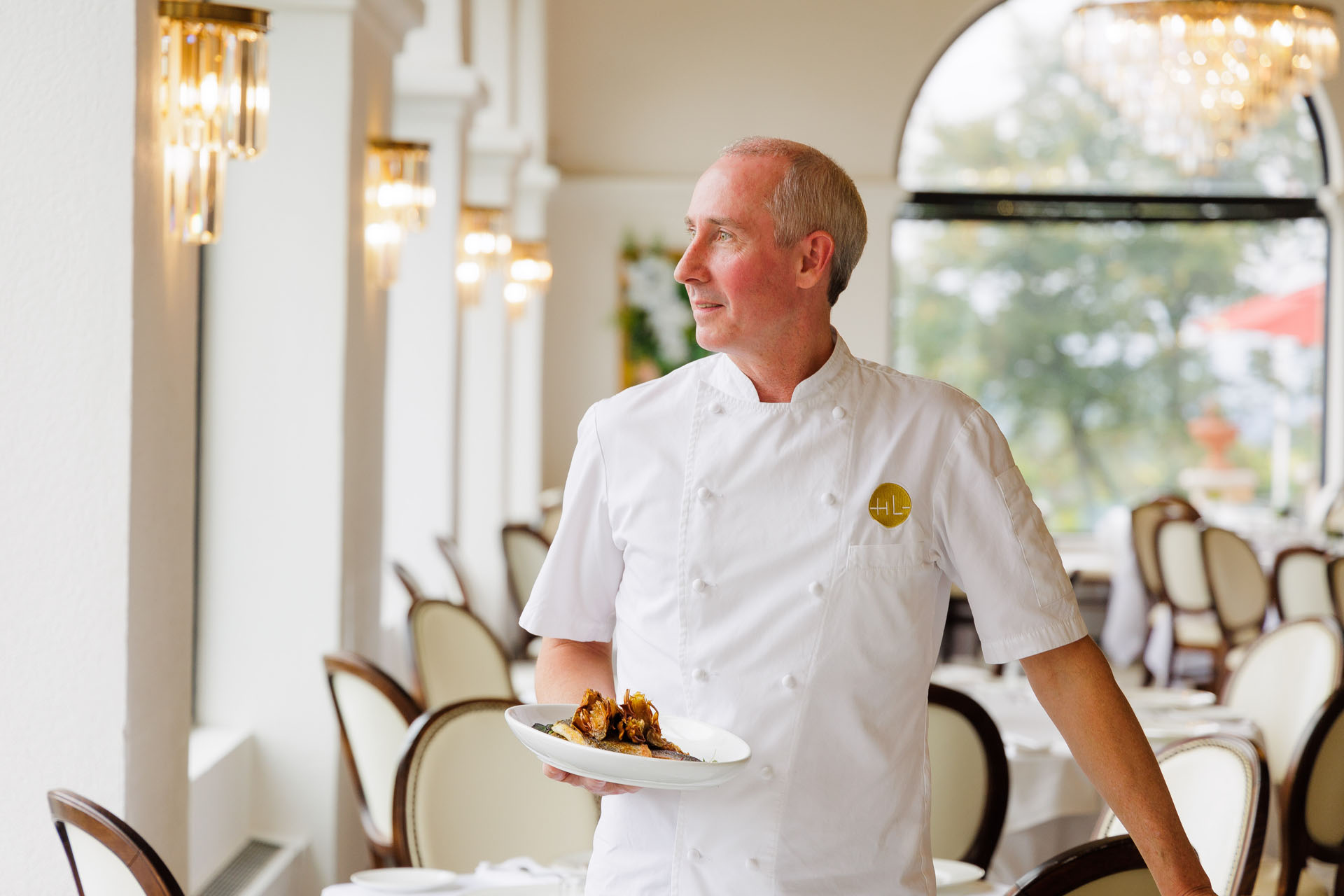 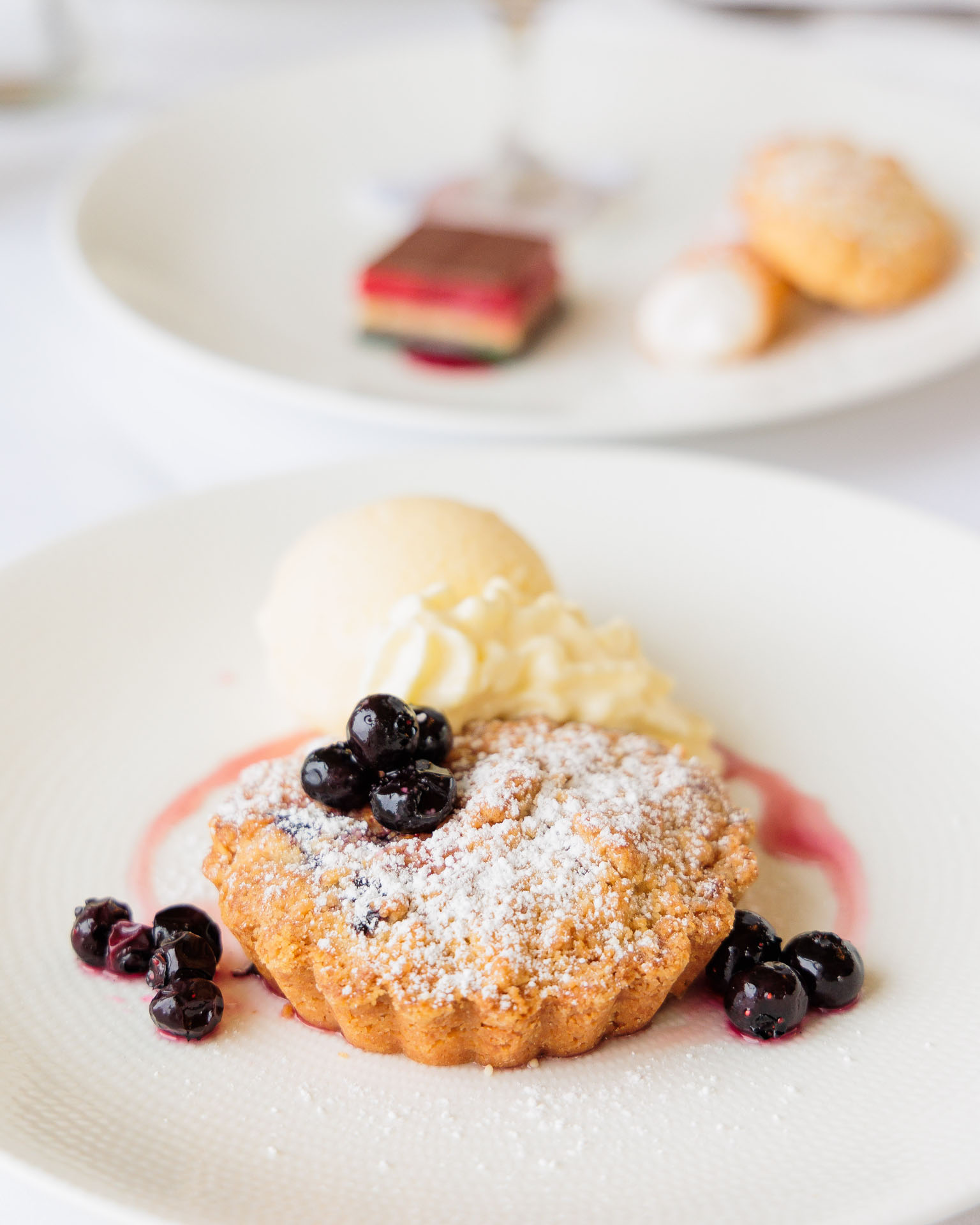