FROM “WORLD’S FAVORITE BARTENDER” TO JERSEY SHORE SENSATION, ONE MIXOLOGIST PROVES TAKING A RISK CAN LEAD TO ENDLESS POSSIBILITIES

When Philippines native Ram Ong was first hired at Red Horse by David Burke in Rumson, he thought, “This guy looks familiar.”

“In culinary college in the Philippines they showed us Hell’s Kitchen on television and he (Burke) was competing,” Ong recalled. “We were entertained by him.” Mixologist Ong continues working with the celebrity chef, having moved south to Drift house by David Burke at the Driftwood Cabana Club.

Ong studied culinary arts in his native country, becoming a bartender in 2006 at TGI Fridays International Restaurant. He entered the chain’s bartending competition in 2012 which sent him to Dallas, Texas, for the World Bartender Championship, where he was awarded the title of World’s Favorite Bartender and a $5,000 prize. The distinction catapulted Ong into another bartending dimension. He generated great publicity for TGI Fridays, which sponsored him in other bartending competitions around the world.

“A beauty pageant for bartenders,” Ong dubbed it, adding, “I was traveling to places like Malaysia, Japan, and China, staying in the Ritz-Carlton and getting exposure.” Through a friendship he made in Dallas while competing with someone who lived in Kenilworth, Ong learned of a competition on the Jersey Shore called Shore Wars. Judged on difficulty, creativity, and the moves bartenders make a la Tom Cruise in Cocktail – Ong won the grand prize of $2,500. He was immediately offered a position at Bar Anticipation in Belmar. He eagerly accepted. The Bradley Beach resident later began bartending at Red Horse prior to the pandemic.

“The opportunities are here if you’re a dedicated hard worker,” said Ong. “As a bartender you’ll do well. Bartenders are expected to make beverages; however what makes a difference is your hospitality. How did you make them feel? If you don’t make people feel good, it doesn’t matter how good the beverage was.”

During the pandemic, which hit the restaurant and bar industry particularly hard, Ong relied on his charisma and vast experience to conduct online bartending tutorials, though he had to dip into his savings to o set the lack of bar work. To make matters worse, due to the bureaucratic backlog exacerbated by the pandemic, his work visa expired.

“Everything was delayed and closed so I couldn’t work,” he recalled. Once his paperwork was approved in 2021, he was hired at Drift house, noting, “Chef Burke took good care of me.” In return, Ong takes good care of his customers at the bar. He takes pride in not only being able to make a mean drink, but in his upbeat and spirited personality as well.
Drift house features Italian Mediterranean coastal cuisine and a robust wine selection along with stunning ocean and river views. The chef’s famous Clothesline Bacon is on the menu, as are “Chef Toni’s Italian Classics” and a wide selection of seafood, meats, chicken, and inventive dishes. To complement the dessert menu, Ong pours a velvety port or Riesling tight, or stirs something from his extensive menu of after-dinner drinks.

“The food is what attracts the night crowd,” said Ong, who noted the bright lights of Sin City might one day pull him to Vegas. “I like the ambiance, the art, and the food. I believe in (Burke’s) product.” 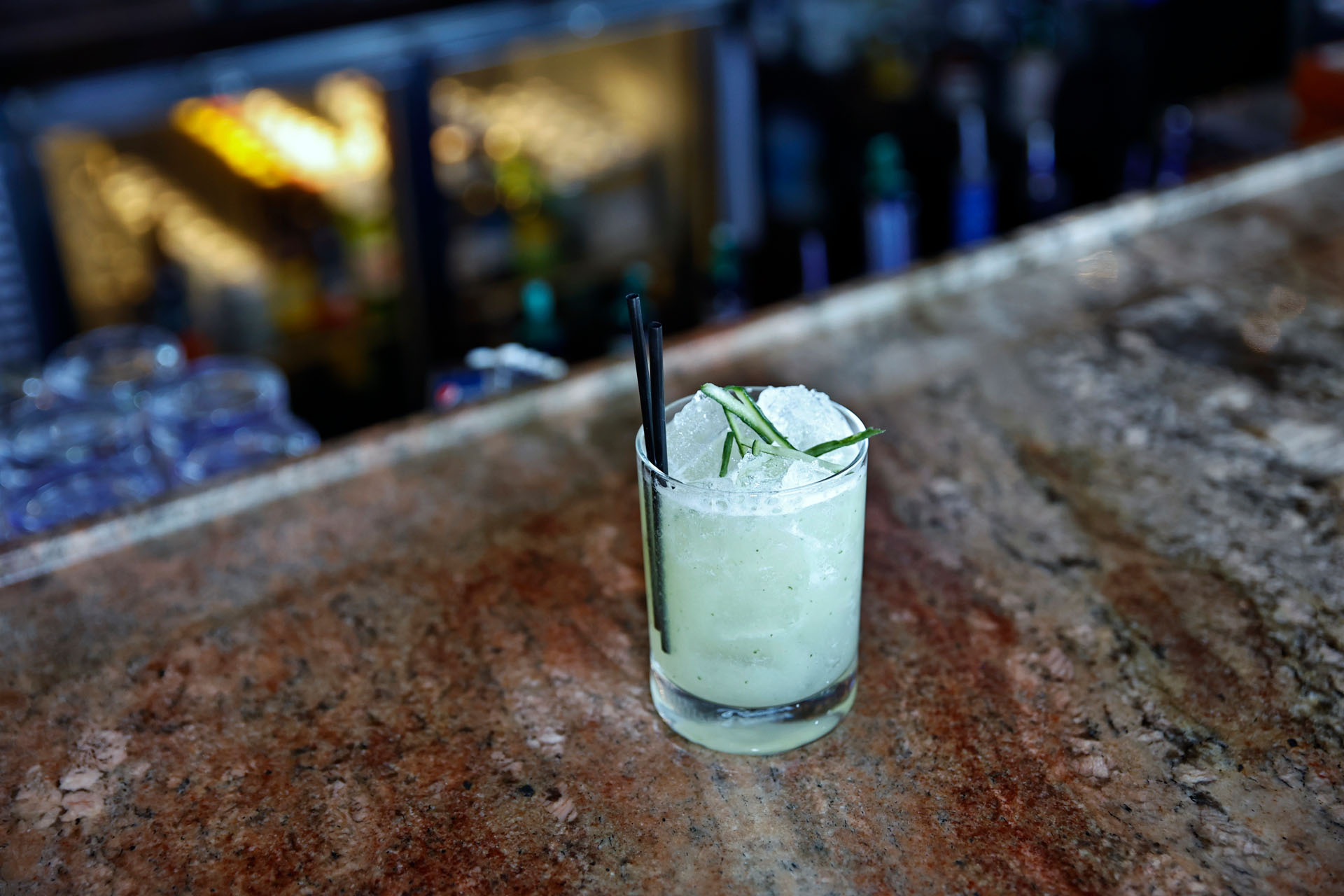 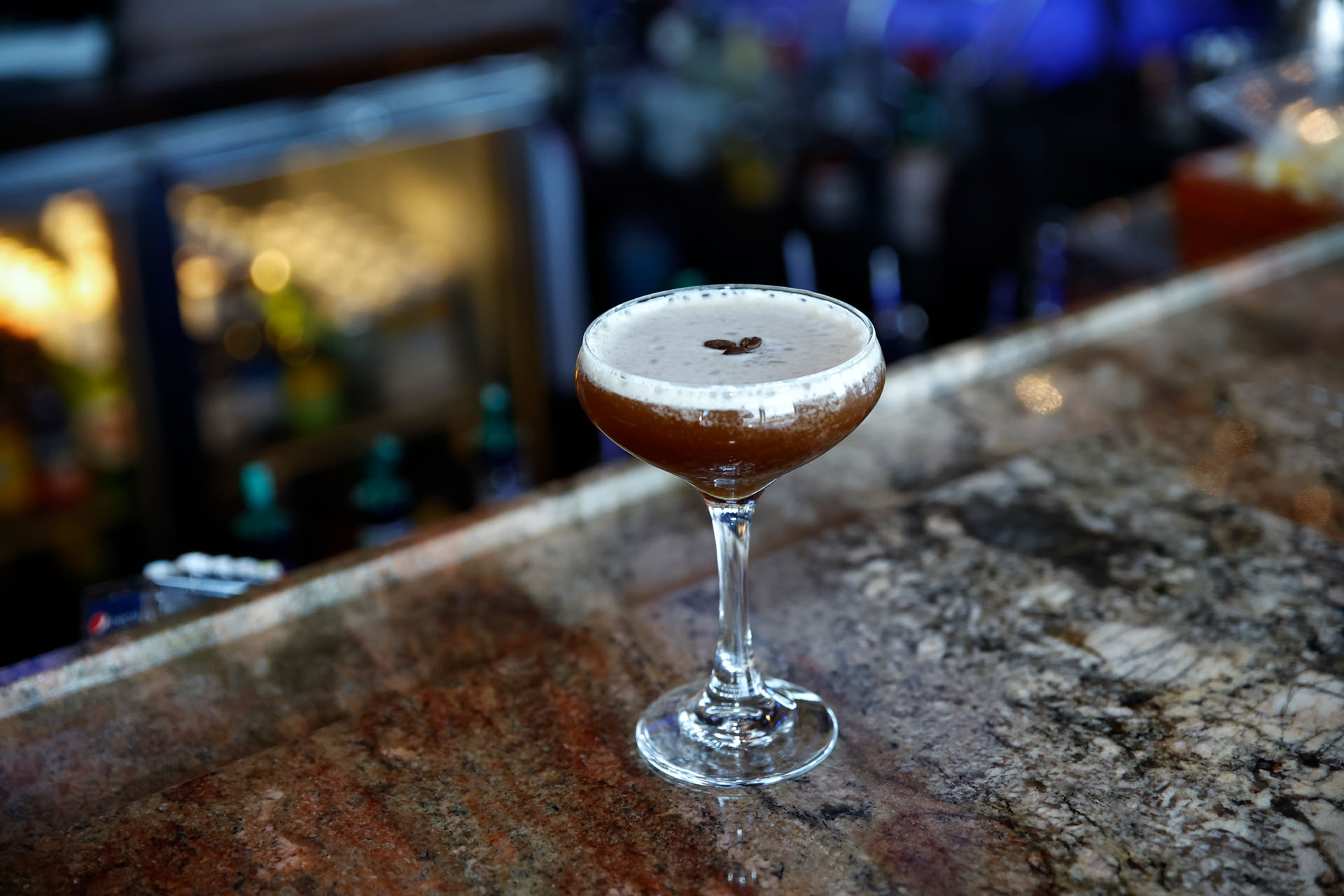