Before Marble Downtown opened its doors this past May, award winning chef Vincent P. Michaels had designed a simple but elegant menu for the Manhattan eatery. “I presented to the team the idea of a new, chic version of a successful rustic concept I’d once designed,” Michaels noted. “A high end cross between a New World Italian restaurant and classic dry aged prime American steakhouse.”

Housed in Manhattan’s famed Meatpacking District and operated by the Marble Group, a boutique hospitality company that builds, owns, and operates several successful food and beverage enterprises around the globe, Marble Downtown, while Italian inspired, is even more broadly internationally influenced. Michaels, with three decades of industry experience, serves as its executive chef. 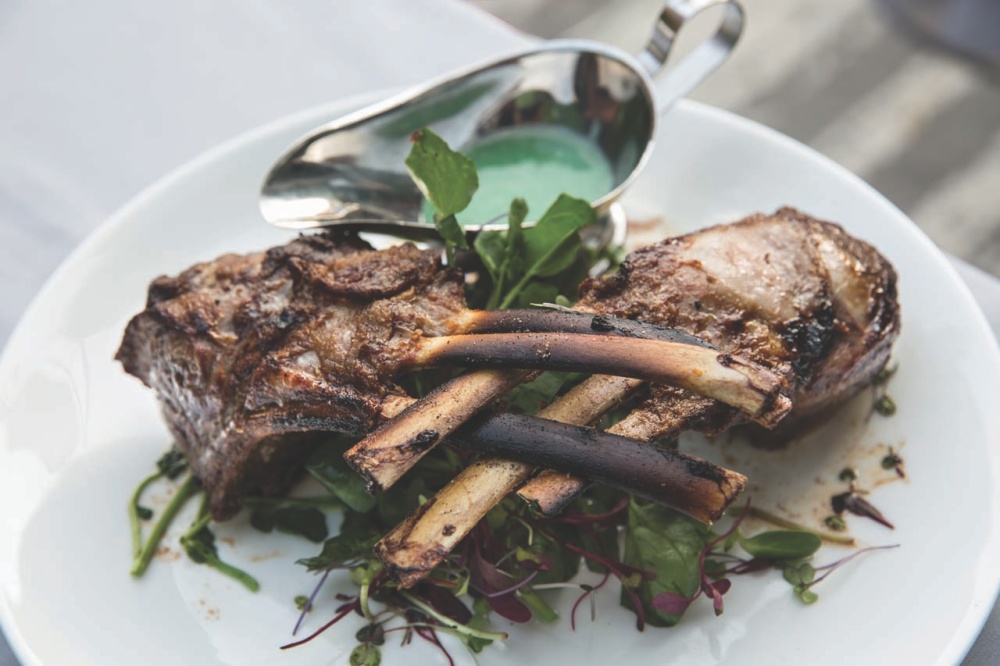 “I came strictly as a friend to the Marble Group of investors in the early stages to help with the setup of the facility and concept design,” he said. “I recently took more of the lead in training and selecting the staff that handles day to day operations. I am a teacher to a wonderful group of young talented chefs and other team members.”

Michaels, he related, was inspired to cook by his mother and grandmother.

“They made everything from American comfort food to classic Italian Sunday sauce; my mother did it all…baked pies, puddings, and designed great holiday meals for 40 people plus,” which inspired the young man to begin in the industry when he was just 12 years old.

“I worked as a busboy in a local Italian restaurant and noticed the respect its chef received from everyone,” he said. “I knew that was for me.”

So, Michaels took hospitality courses at Nassau Community College before attending New York Restaurant School’s Culinary Academy of Westbury, then completing internship/ externship programs at the French Culinary Institute. But he admits the crux of his education was learned on the job.

“I was blessed with being taught by some of the greatest chefs in the world,” he said. “Chef Carlo ‘Pops’ DeGaudenzi, my culinary mentor; Culinary Olympic champion Bruce Grasley; Frank Buddy Marino; Victor Scotto Sr.; and Anthony Scotto. I later did events with Jacques Torres from Le Cirque, and was a part of numerous Culinary Award Dinners where I myself was honored multiple times Evenings of Good Taste, Annual Culinary Fundraisers, and the Long Island Hospitality Ball. These were all major parts of my culinary education.” 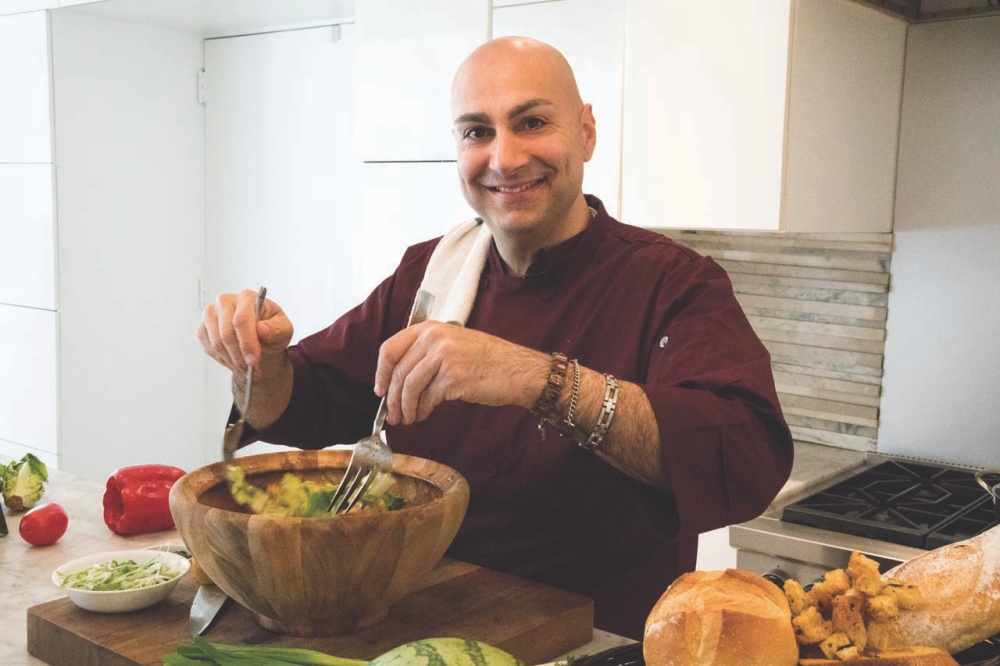 Michaels’ career includes experience in the kitchens of more than 30 restaurants. With a reputation for restlessly creative cooking styles, catering concepts and menus, he has been paying homage to Italian cooking throughout his life and has co owned numerous restaurants that served everything from prime dry aged steaks and chops to lobster pappardelle and scallopini of milk fed veal.

“I love to prepare fresh fish, shell fish, rustic grilled and sautéed vegetables, classic culinary…what we call the ‘mother’ sauces fresh homemade pastas and meatballs of all types,” the chef said, de ning his style as classic Italian and Continental. “Veal lobster soups, chopped salads, and ne desserts, plus gourmet rustic food bar grill gourmet style done with a lot of fresh ingredients, vinegars, and citrus bright favors. Food that is sharp to the palate and has many levels of favor. Basically, everything on my menus are my favorite dishes to make.”
His plaudits include winning the Chefs de Cuisine Association Award over five different years. As Corporate Executive Chef for Scotto Brothers Enterprises, he was awarded Chef of the Year by the American Culinary Federation of Long Island Chapter twice, and was the youngest person to be awarded the Raymond Vaudard Medal by the Chefs de Cuisine Association America.

“I also have a strong background in ne catering that includes corporate executive chef positions in some of the nest and largest facilities in Long Island for over 34 years,” he added.

For Michaels, cooking is simply an abiding passion. During holidays and family gatherings, he can be found in the kitchen.

“I make barbecue when asked, and the ladies in my neighborhood ask for containers with classic soups like pasta the fagioli,” he offered with a grin. “It’s also a tradition after thanksgiving for me to take a lot of people’s turkey bones and make cream of turkey soup for the families in my neighborhood. And the kids love my homemade mozzarella sticks, mac and cheese, and pizza.”