THE PERFECT END TO AN INVIGORATING DAY ON THE SLOPES? AN OPULENT NIGHT SPENT IN ONE OF THESE MAGNIFICENT SKI RESORTS, FROM THE SWISS ALPS TO THE GRAND TETONS 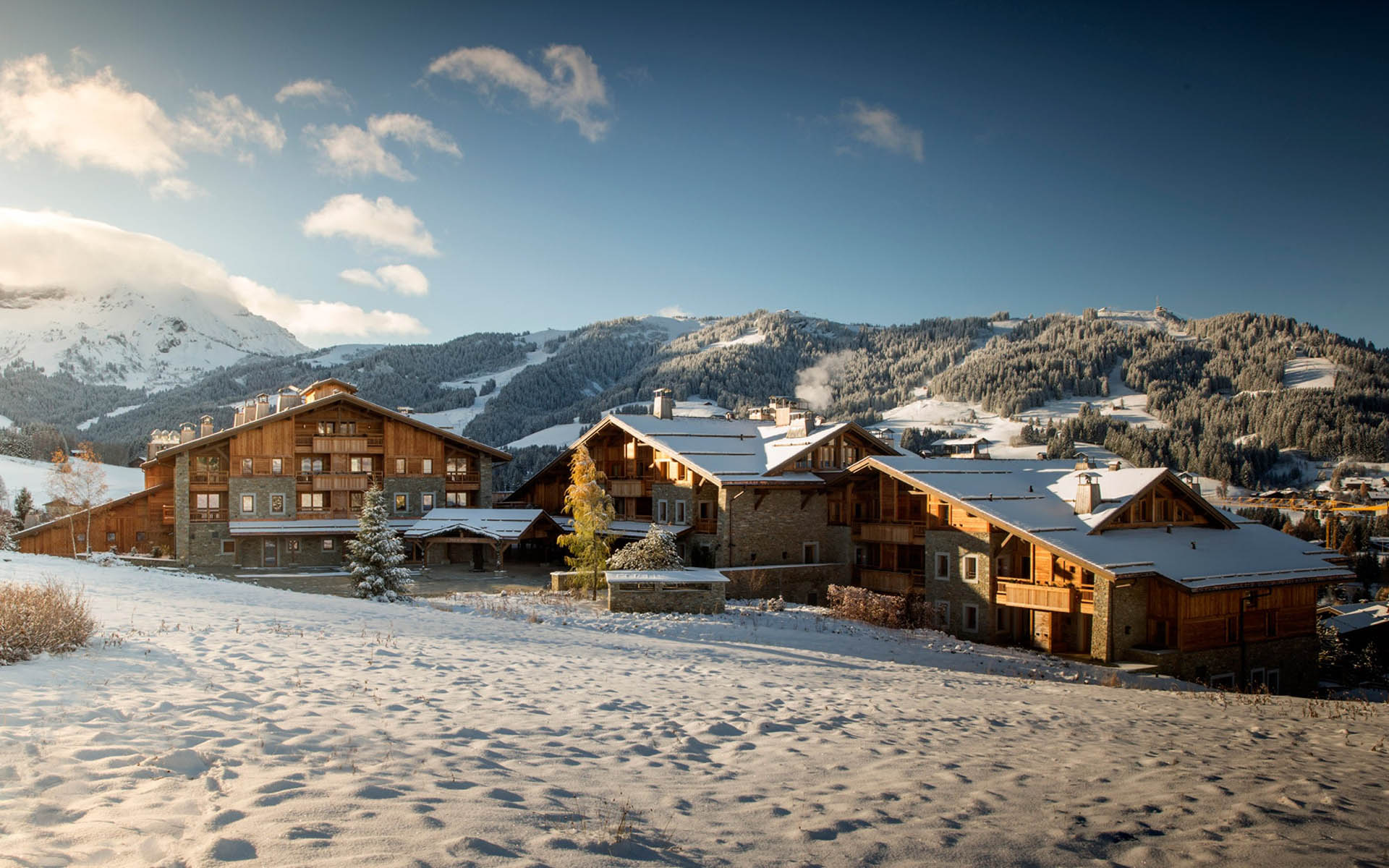 The Four Seasons is a crown jewel of this fairytale village, its rustic chic chalet style façade and warm lights sparkling against the rolling, snow covered slopes. The hotel opened in 2017 as the first of the luxury hospitality brand’s European mountain properties. The upscale ski in, ski out resort is the only hotel located directly on the slopes of Mont d’Arbois, putting access to 277 miles of trails at your doorstep. There are 41 cozy guest rooms and 14 suites, each dressed in traditional Alpine décor with replaces and spa inspired bathrooms, and some offer spacious outdoor terraces with panoramic views of the surrounding massif. The resort’s most deluxe room (or mansion, rather), the Suite Mont Blanc, spans the entire fifth floor and includes five bedrooms, seven balconies, and two separate dining and living areas. 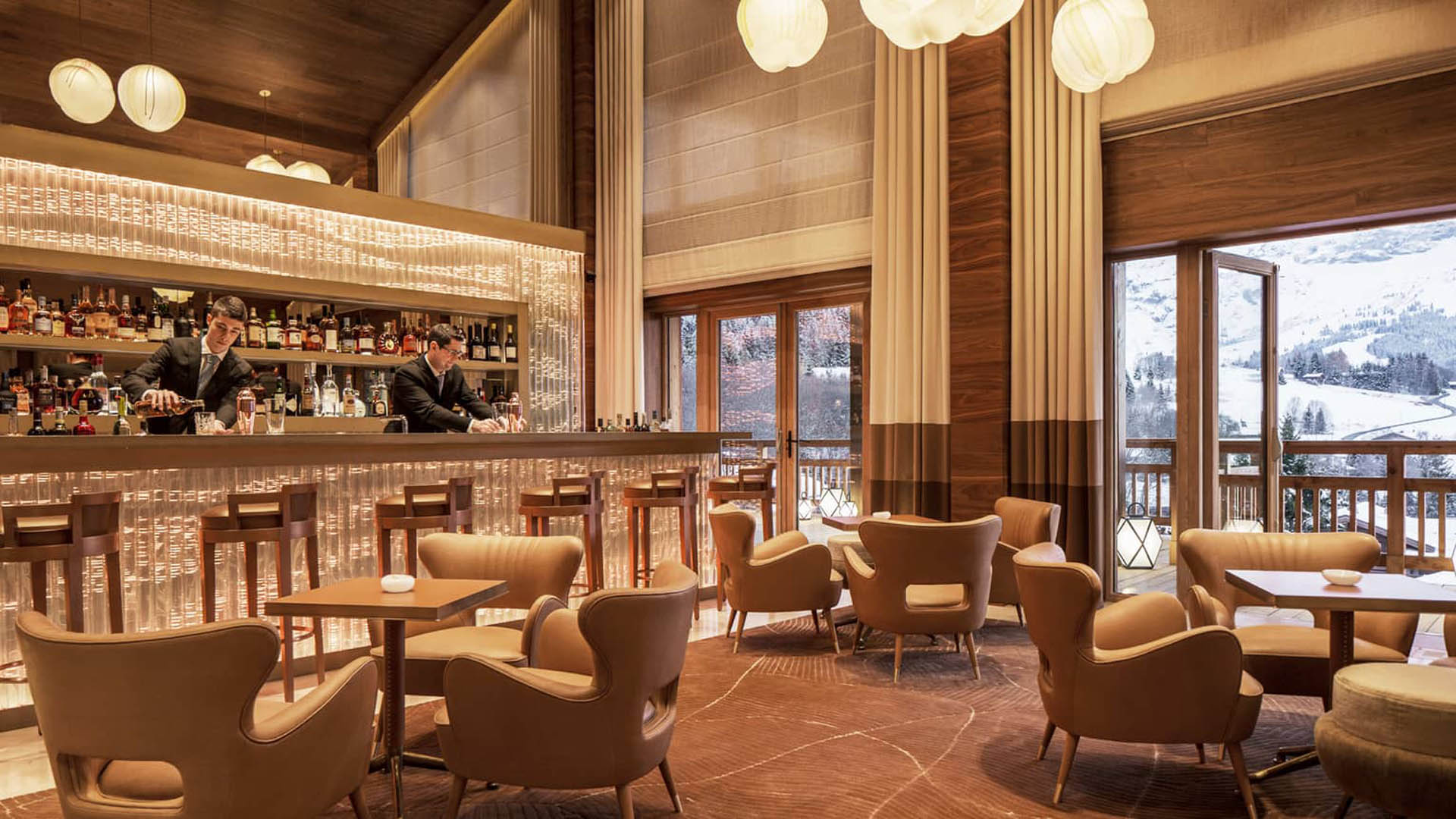 Other luxuries include the region’s largest spa, a cigar room, a massive heated indoor/outdoor pool, and every oenophile’s dream a 10,000 bottle wine cellar with rare and exotic labels dating back to the mid-1800s. ere’s also an award winning Alpine golf course for warm weather visits. At mealtimes, start with an après ski cocktail at Bar Edmond before sitting down to dish on king crab bao buns and omakase at Kaito, the signature Japanese restaurant, or indulge in traditional French cuisine at La Dame de Pic Le 1920. Rooms start around $1,200 per night. fourseasons.com/megeve

AMANGANI
Jackson Hole, Wyoming
Its name translates to “peace home” in the language of the Shoshone (a Native American tribe who settled in present day Idaho and Wyoming), and this hilltop sanctuary is every bit as tranquil as it is captivating. Balanced on the crest of East Gros Ventre Butte, the redwood paneled resort overlooks the mountains above and Snake River Valley below, its elevated location providing spellbinding views from every corner. 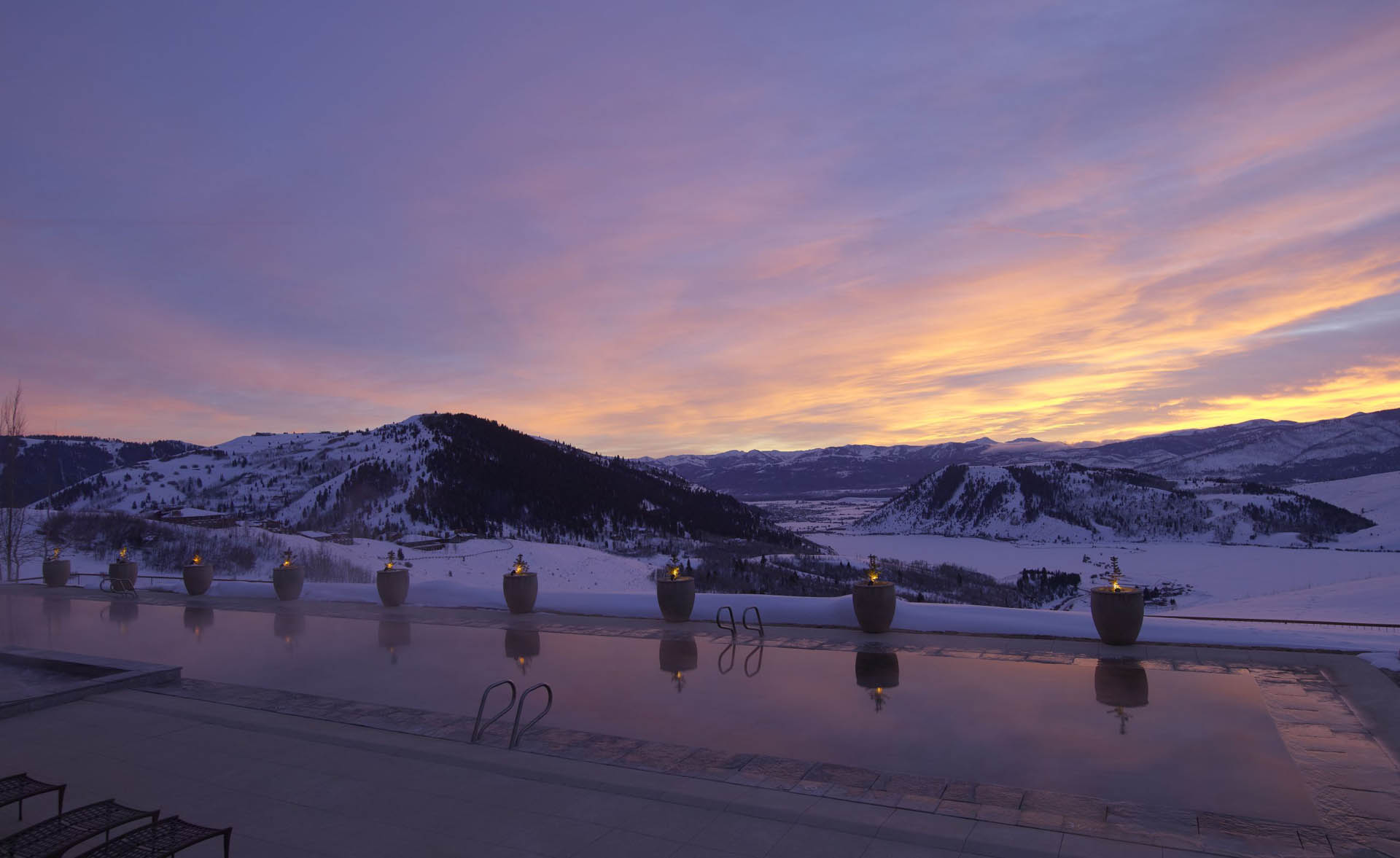 With its verdurous surroundings and long menu of outdoor activities, from fly fishing to mountain biking, Amangani is certainly an all season resort, but there’s something magical about the year’s coldest months. With sharp peaks rising from blankets of shimmering snow, the landscape feels like a storybook, and the world famous slopes of Jackson Hole Mountain Resort are only a few minutes away. Guests also have access to the resort’s exclusive ski lounge, located in the heart of the alpine Teton Village, mere steps from the Bridger Gondola and Aerial Tram. In addition to traditional Alpine skiing, the area offers cross country skiing, heli skiing, and dog sledding. Guests have the option to donate to the Jackson Hole Land Trust, which works to preserve the landscape and wildlife of the area. 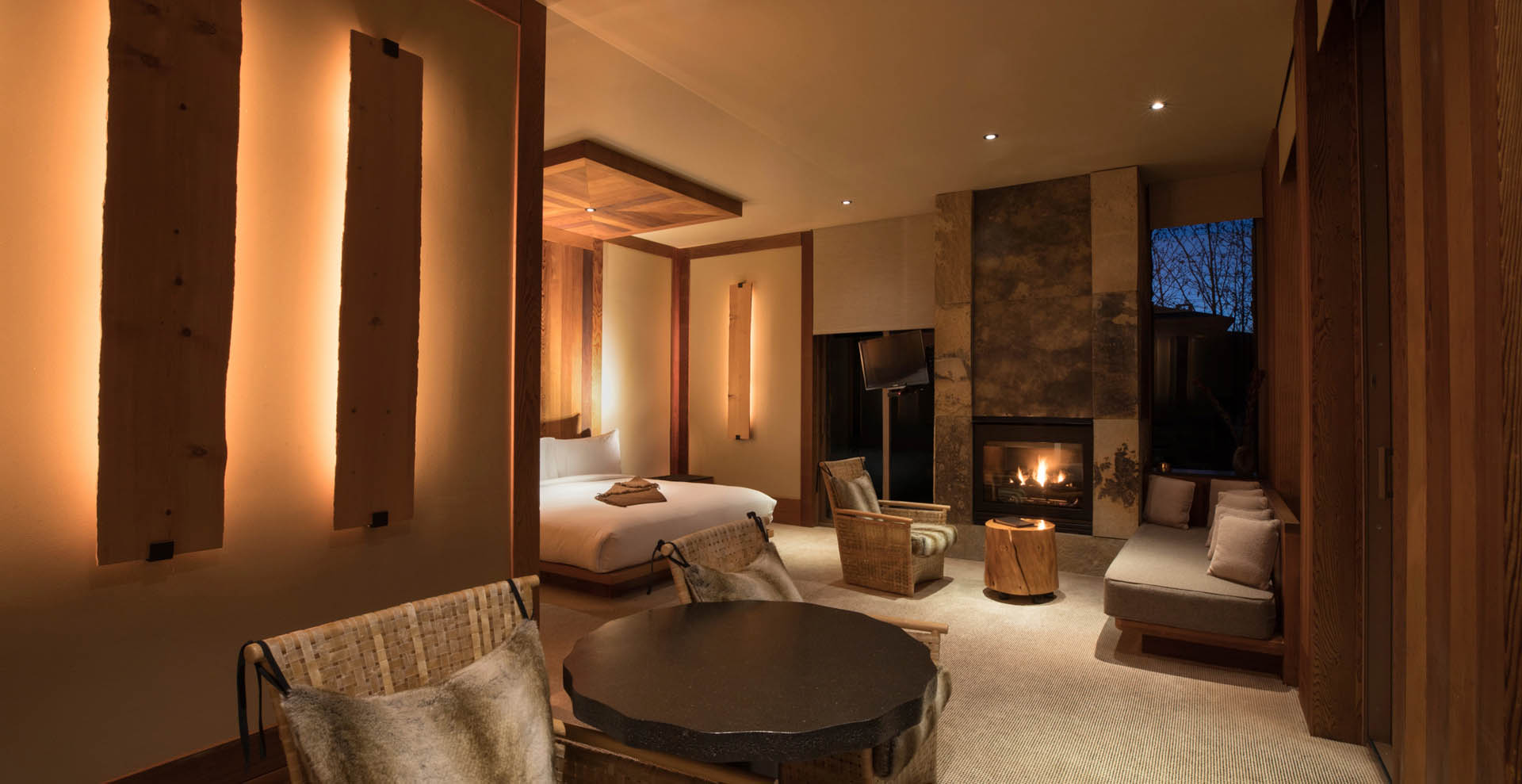 Back in the resort, a heated outdoor infinity pool, whirlpool, holistic spa and wellness center, and farm to table cuisine await. The resort encompasses 40 suites plus four bedroom homes, all boasting high ceilings, large picture windows, and either a balcony or large terrace with mountain views. The suites are draped in traditional Western décor, including wood and stone accents, woven cowhide chairs, and cozy faux wolf throws. In room dining by the fire is popular here, where guests are treated to a host of local delicacies, from caribou sausage and bison steaks to Idaho potatoes and Utah honeycomb. Rooms start around $950 per night. aman.com/resorts/amangani 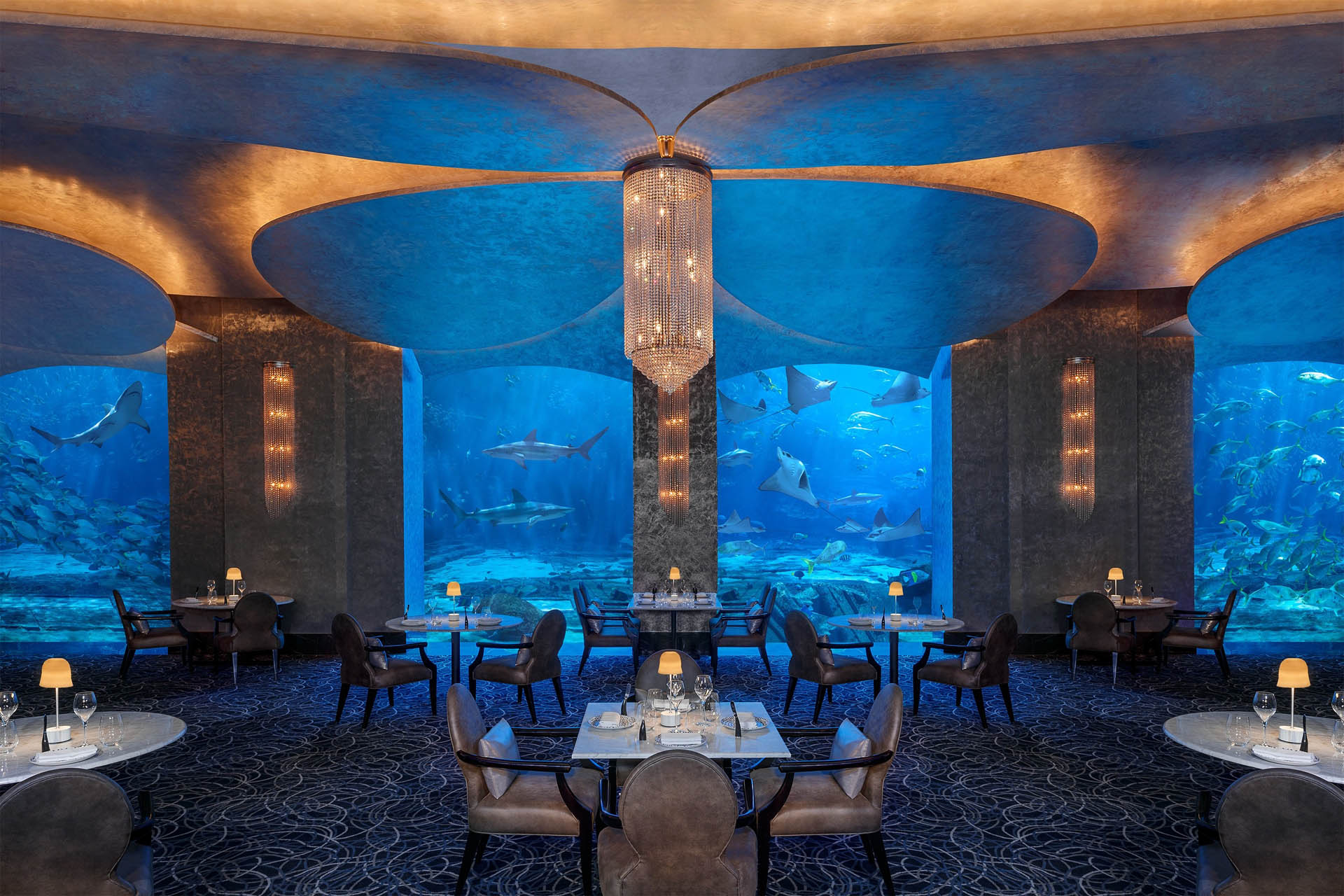 BADRUTT’S PALACE
St. Moritz, Switzerland
This one radiates unabashed glamour, from its famous tower (a cornerstone of the St. Moritz skyline) to its regal, wood paneled lobby bedecked in massive cathedral style windows overlooking Lake St. Moritz and the Engadine Valley. It opened in 1896, and remnants of its storied past are still woven throughout, from antiqued furniture in the rooms to priceless works of art lining the walls. Audrey Hepburn, Alfred Hitchcock, and Charlie Chaplin are all former guests. 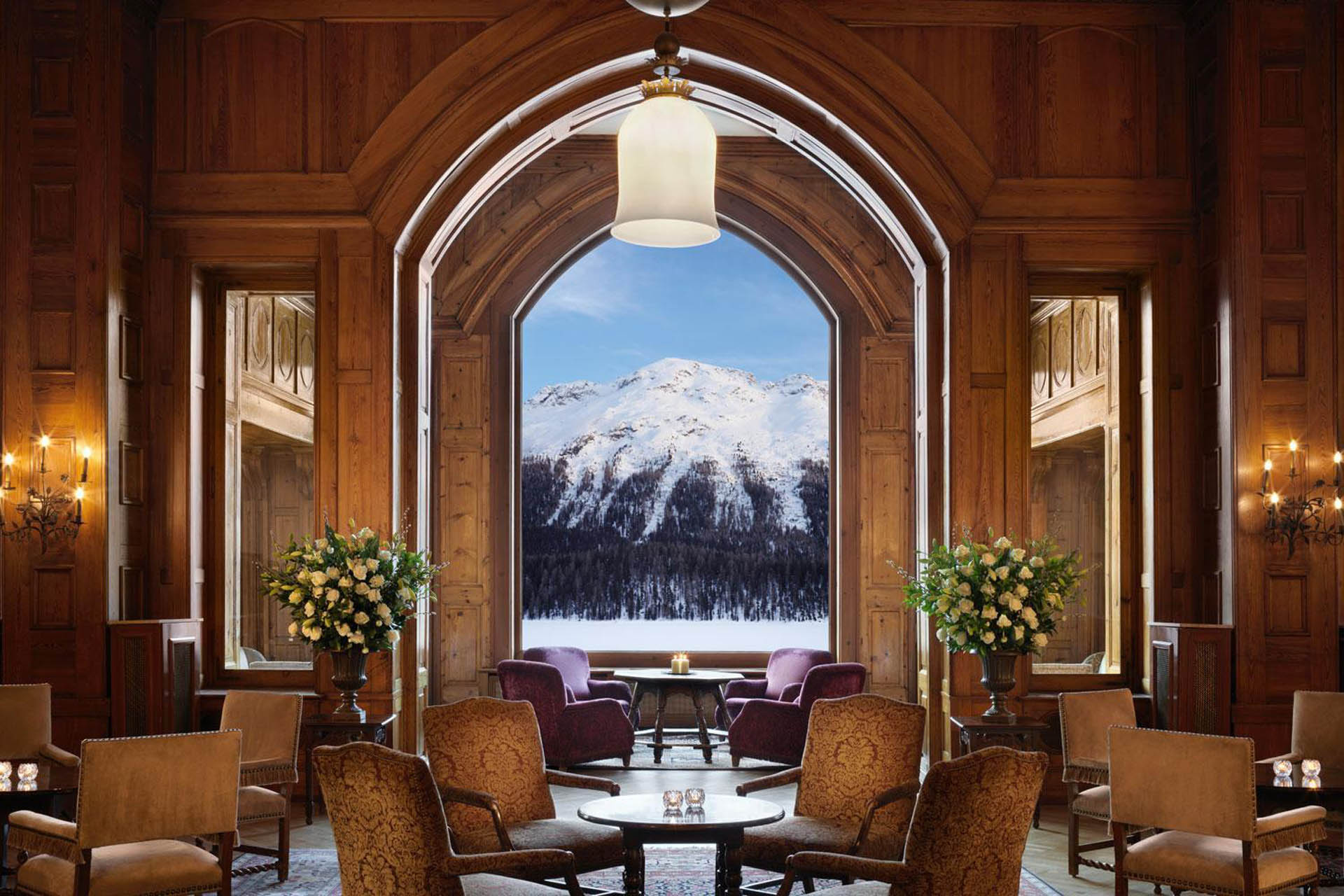 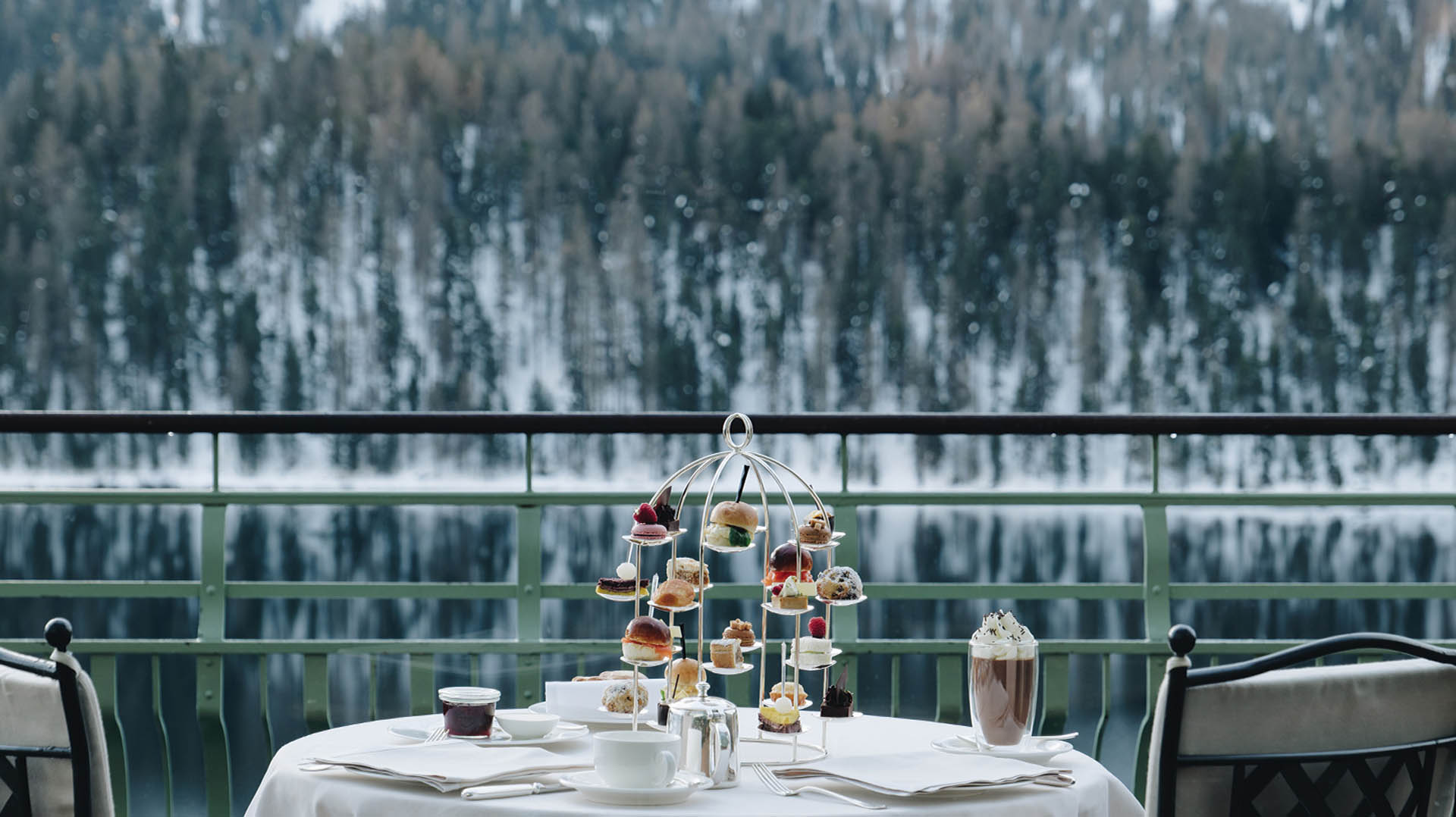 After a rousing day on the Swiss Alps, soothe any sore muscles in the award win fining spa, featuring an indoor infinity pool with a waterfall and wraparound views plus a healthy café offering light bites like poke bowls, fresh salads, and simple pasta dishes. With eight restaurants, three bars, and a social clubhouse on site, guests would have to work to go hungry here. For cosmopoli tan fare, Andreas Caminada’s Michelin starred IGNIV is a harmonious experience, its fine dining menu presented on sharing plates. There’s also the Nobuhelmed La Coupole/Matsuhisa for Japanese and Peruvian fusion and cocktails, famous afternoon tea at Le Grand Hall (arrive early to nab a table), and French inspired gastronomy served by candlelight at Le Restaurant. Rates start around $750 per night. badruttspalace.com 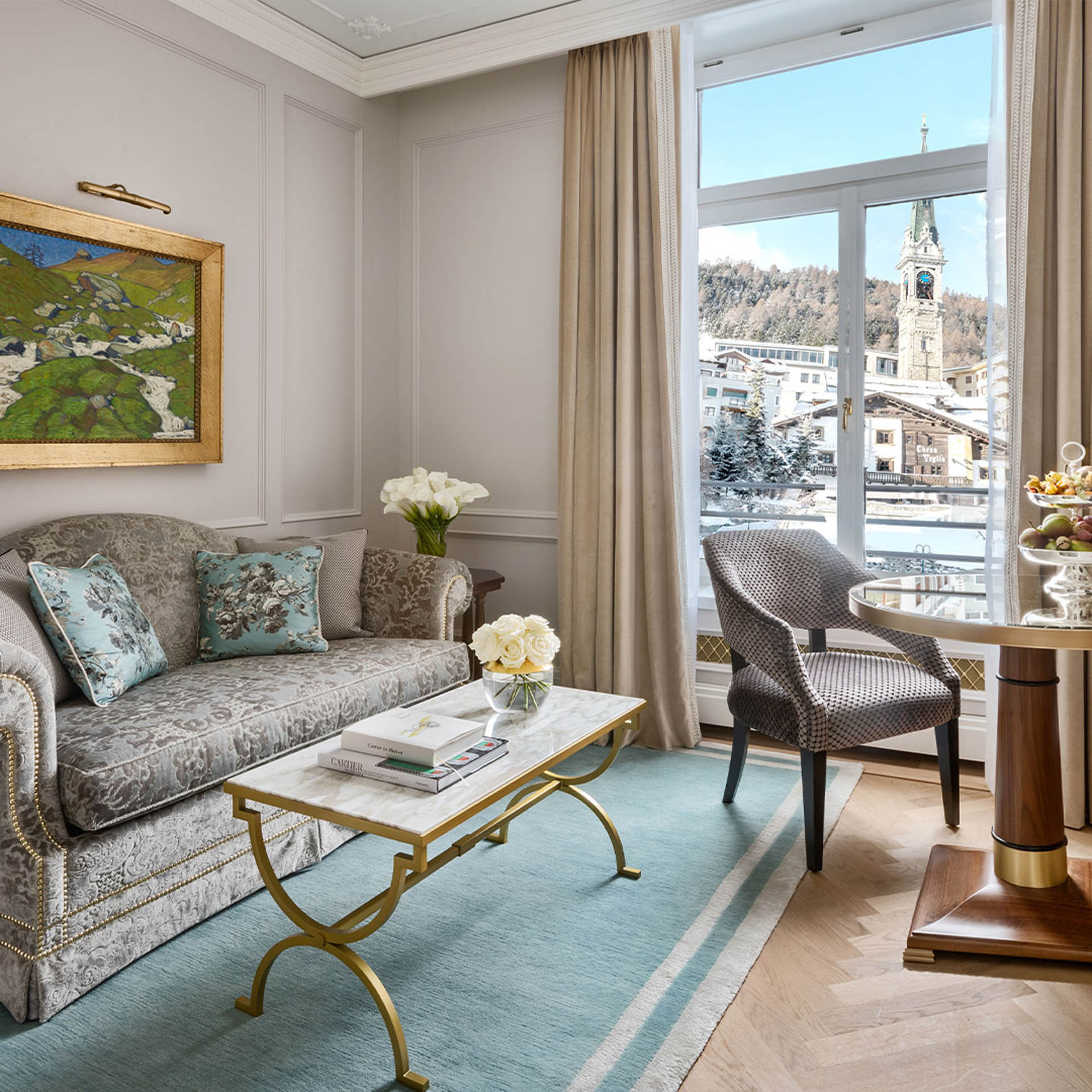 FORESTIS
Dolomites, Italy
Hidden in the pines of the South Tyrolean Dolomites of northern Italy, FORESTIS feels like a secret – a wild wonderland where nature and luxury collide, leaving guests invigorated, inspired, and in harmony with the world around them. The ski in, ski out resort offers a direct connection to the Plose ski region via a quiet forest path from its exclusive ski room. From there, the earth opens to 28 miles of gentle to intermediate slopes against a stunning backdrop of the surrounding Dolomites, a UNESCO World Heritage Site. In addition to proximity to world class skiing, this adults only retreat is lauded as one of the world’s leading healing hotels, from the refreshingly clean mountain air and wild wooded surroundings to the forest inspired spa treatments and multi day curative packages. The spa combines the four elements of water, air, sun, and climate with the healing qualities of four local types of tree: mountain pine, spruce, larch, and stone pine. Woodland inspired treatments include a signature forest tree circle ceremony where guests choose a tree that aligns with their current constitution, a forest salt bath to detoxify the body, spruce body scrub, and healing wood, which uses a special pressure technique with selected wooden sticks that are attuned to the natural flow of the body  e minimalist suites aim to bring nature into each room with entire glass walls, allowing the breathtaking mountain and forest views to rush inside. The two story pent house is equipped with an outdoor rooftop pool, a spacious living area, open replace, and spruce wood sauna. 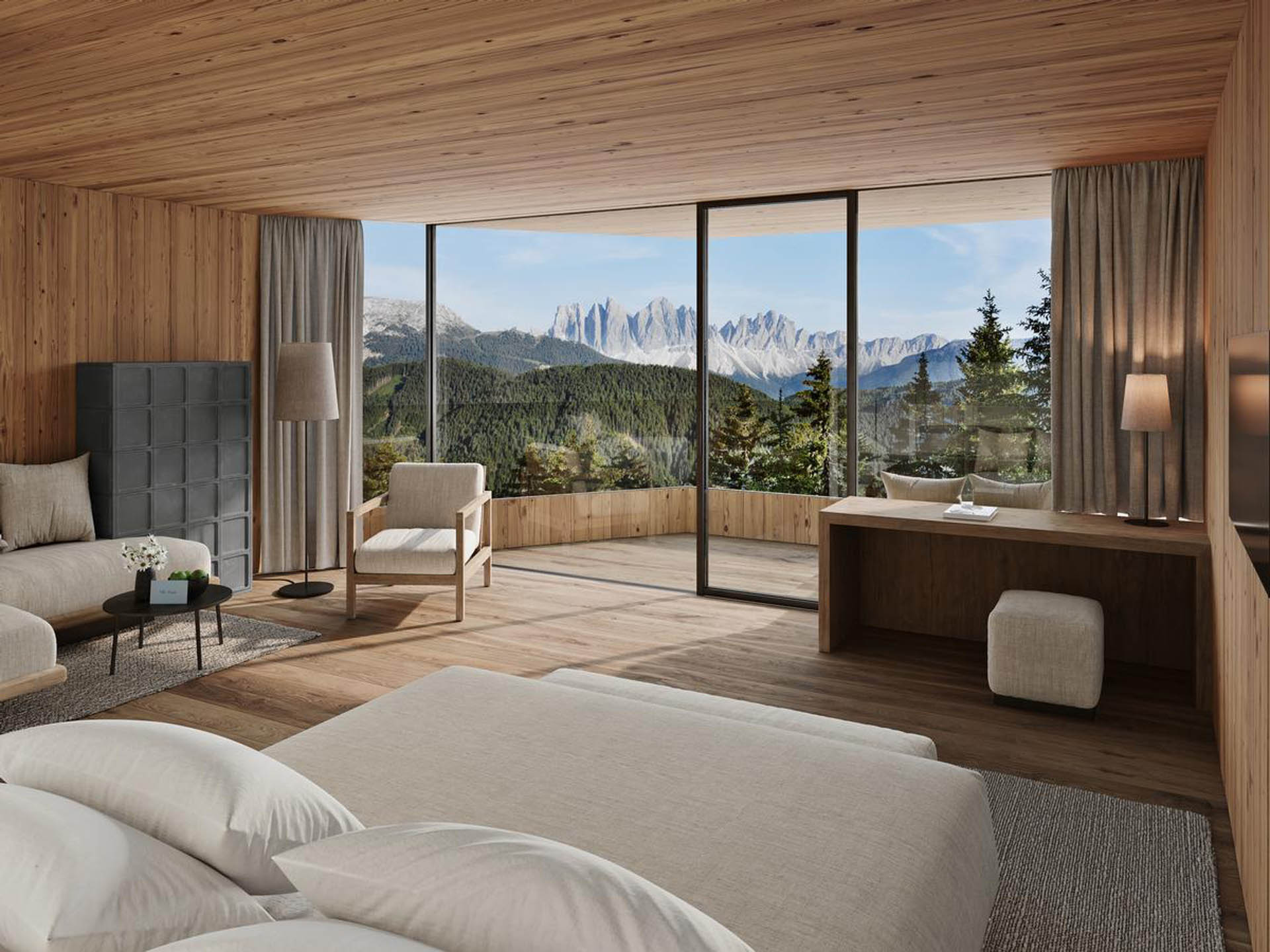 Rates start around $300 per night for a standard guest room and $2,000 for the penthouse. forestis.it