While many children dream of careers as pop stars or astronauts, at age six, Tara Weldon Pimco knew she was destined to work in hair. The entrepreneur, stylist, and owner of Hot Mess Studio in Asbury Park is one of the lucky few who found her calling early and stuck with it. “This is something I always wanted to do,” Pimco said. “I loved being in hair salons, but it was something that was frowned upon when I was growing up. My mom was like, ‘You’re not going to just be some hairdresser from New Jersey!’” 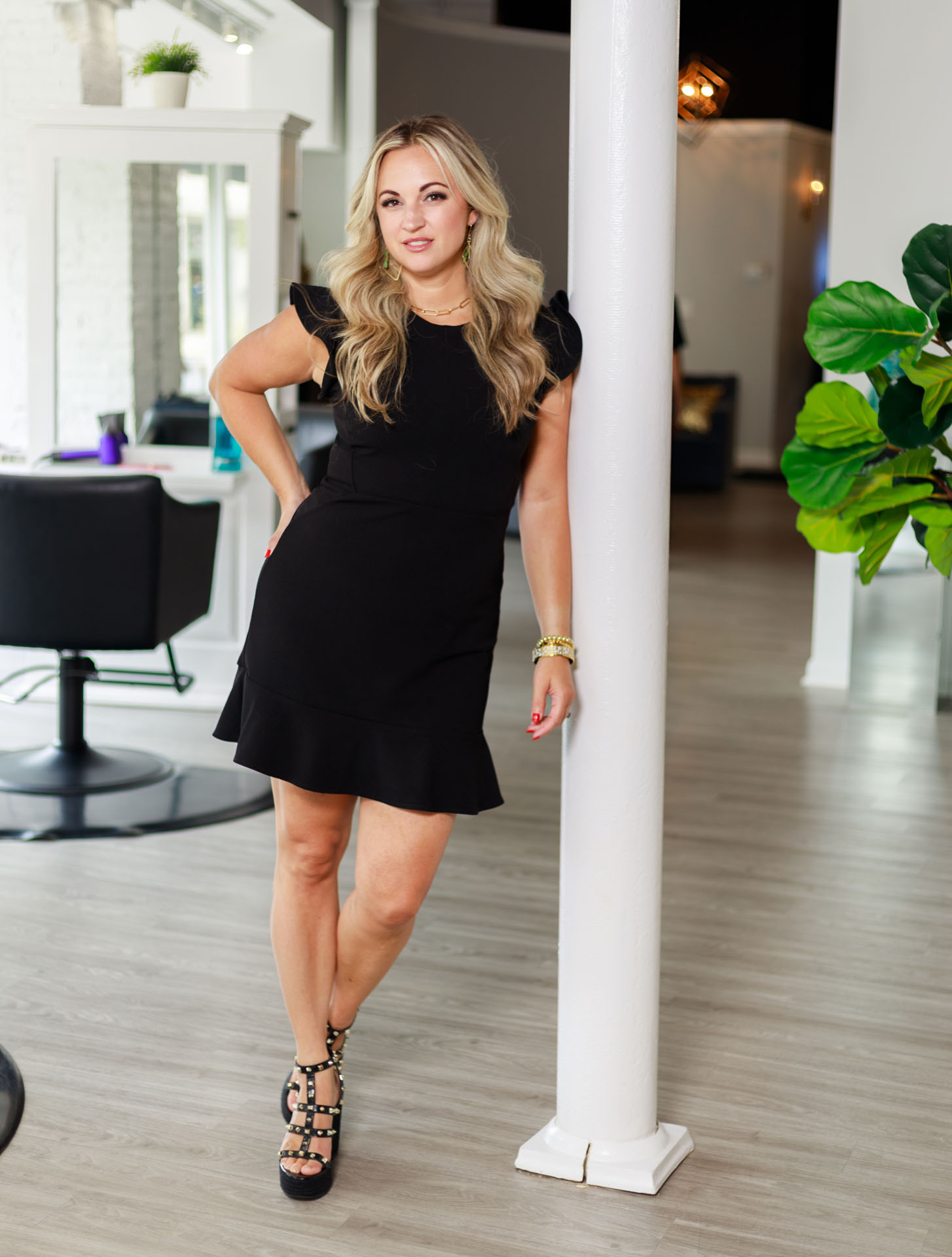 While success can take many forms, Pimco has found it on virtually every metric. Hot Mess is the culmination of a decades-long career in the hair industry, a career that has included stints at salons across New Jersey, teaching dry cutting techniques for the John Sahag workshop, and even styling the hair of Asbury Park’s unofficial first lady: Patti Scialfa. (“I worked for the Springs teens for ten years,” Pimco said. “A couple days a week Patti would call me and I’d run over and blow out her hair.”)

In early 2009, Pimco looked to put down roots. She had traveled as an educator, taken a crack at running her first salon, and had her first daughter. Asbury Park had been on her radar as an up-and-coming destination in need of a luxury salon. After meeting with local developers, she found a 1,000-square-foot space that would become the first home of Hot Mess. 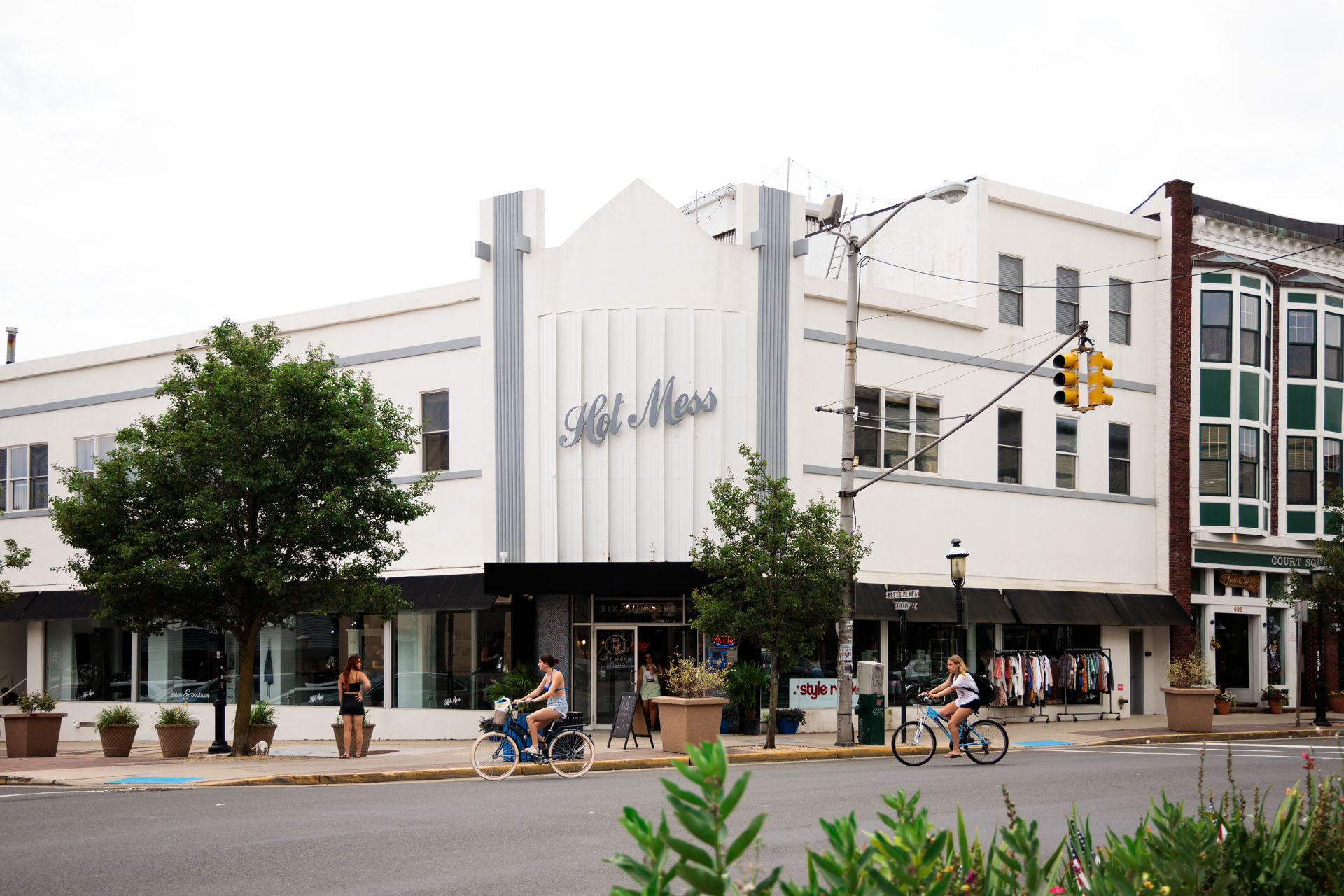 Today, the salon has expanded to a 6,000-square-foot mega-space on Cookman Avenue, a herculean undertaking that involved Pimco and her husband, local entrepreneur Mike Pimco, lobbying the Asbury Park City Council to allow service business on the street. It’s a massive operation, a combination of full service salon and go-to destination for bridal hair and makeup. As if that’s not enough, Pimco’s husband runs a clothing boutique in the space (with an additional location on the legendary Asbury Park Boardwalk). Expanding Hot Mess from its humble origins wasn’t without its challenges, but Pimco was able to draw on her experience to make the process work.

“I really had to sit down and think about what the business strategy was going to be for owning and staffing a 6,000-squarefoot-salon,” Pimco said. “One of the most important things was remembering the feeling I had when I worked at a salon in Red Bank and how everybody had sort of come up together. So I wanted to get young, excited, impressionable artists coming out of beauty school who didn’t have baggage and outdated ideas about how things should be. I wanted to bring them in and train them and create a loyalty between us.” 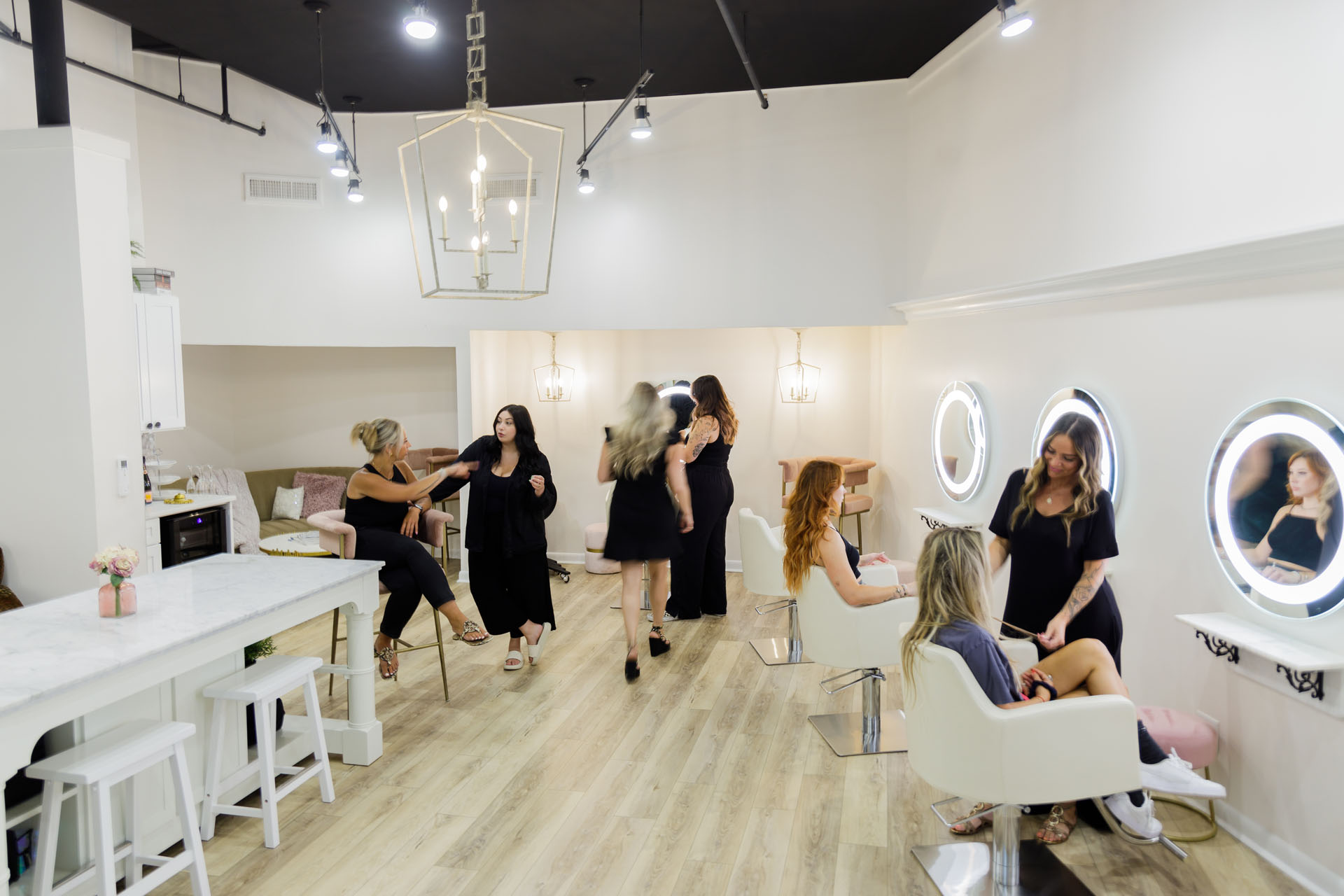 That homegrown mentality has been a big part of Hot Mess since its inception. The hair industry is entirely about relationships: between clients and stylists, salon owners and their teams, and salon owners and their local community. A major part of Pimco’s success in Asbury Park has been her ability to ingrain herself in the community. In fact, she and her husband are something of local celebrities, even celebrating their wedding at Watermark, the famous local watering hole by the boardwalk. They are partners in the Asbury Park Brewery, run two boutiques, and handle all the beach chair and umbrella rentals for the town. 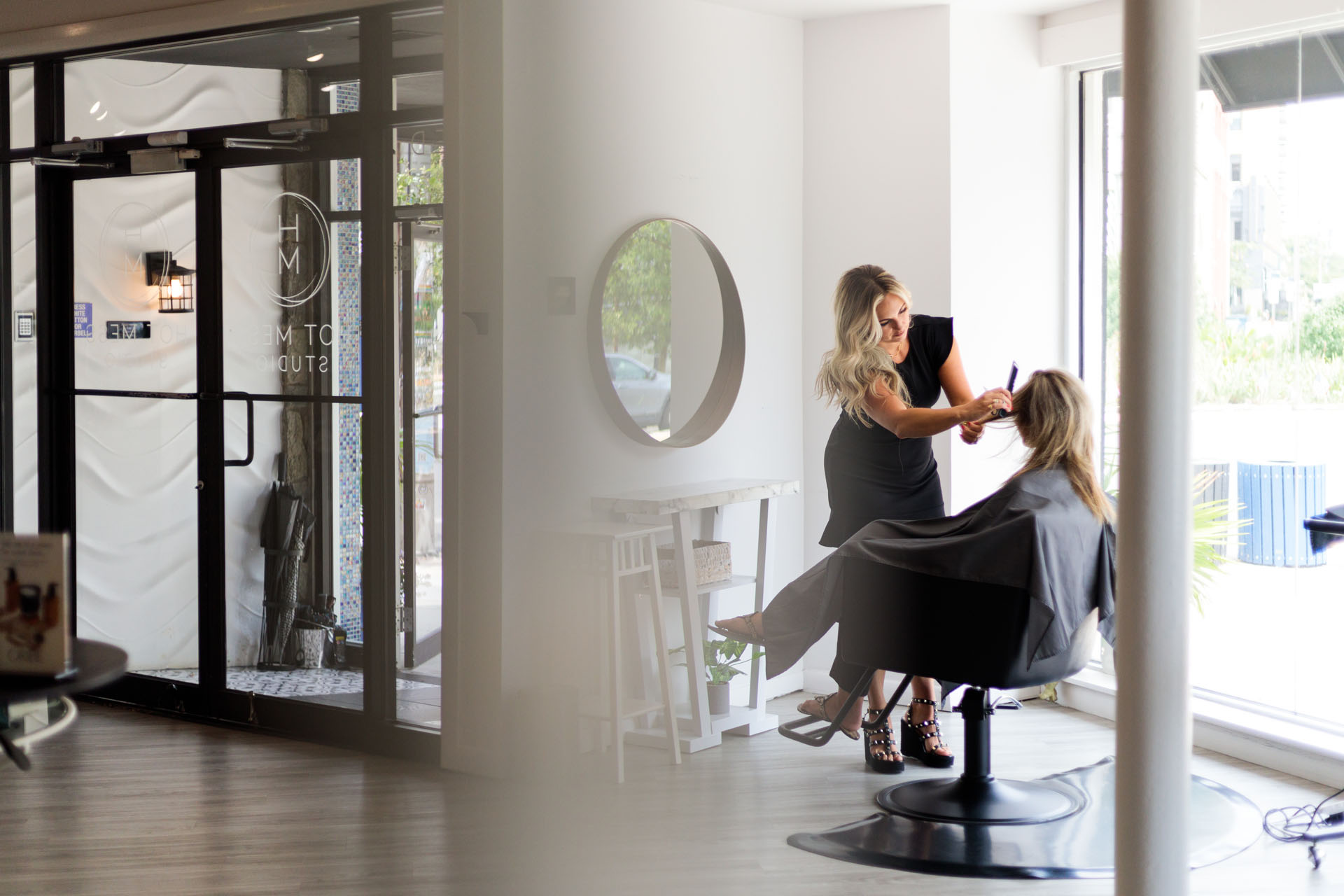 Scaling is the trickiest hurdle for a small business owner in any industry. Pimco knows it firsthand, having been part of salons that shuttered their doors for various reasons. When it became clear that Hot Mess was destined for a wider audience, she knew she would need to delegate responsibility. Today the salon is very much founded on a spirit of collaboration, from the hiring philosophy to the day-to-day operations. (There’s a reason Pimco described her staff as “the tribe.”) With the help of her wedding and event coordinator, Max Rodriquez, her salon coordinator, Laura Fiorillo, and her social media manager, senior artist Jess Ruggiero, Pimco is able to maintain a staff of over thirty stylists plus a roster of freelance artists who staff over 200 weddings a year.

“My team is just so extraordinary,” Pimco said. “They lift me up every single day. I love what I do. I still see clients a few days a week, here and there, and I love the challenges of being a female entrepreneur and a business owner. But my team is just this extraordinary machine that I push forward for. I want to see them succeed. I know if they succeed, I’ll succeed.” 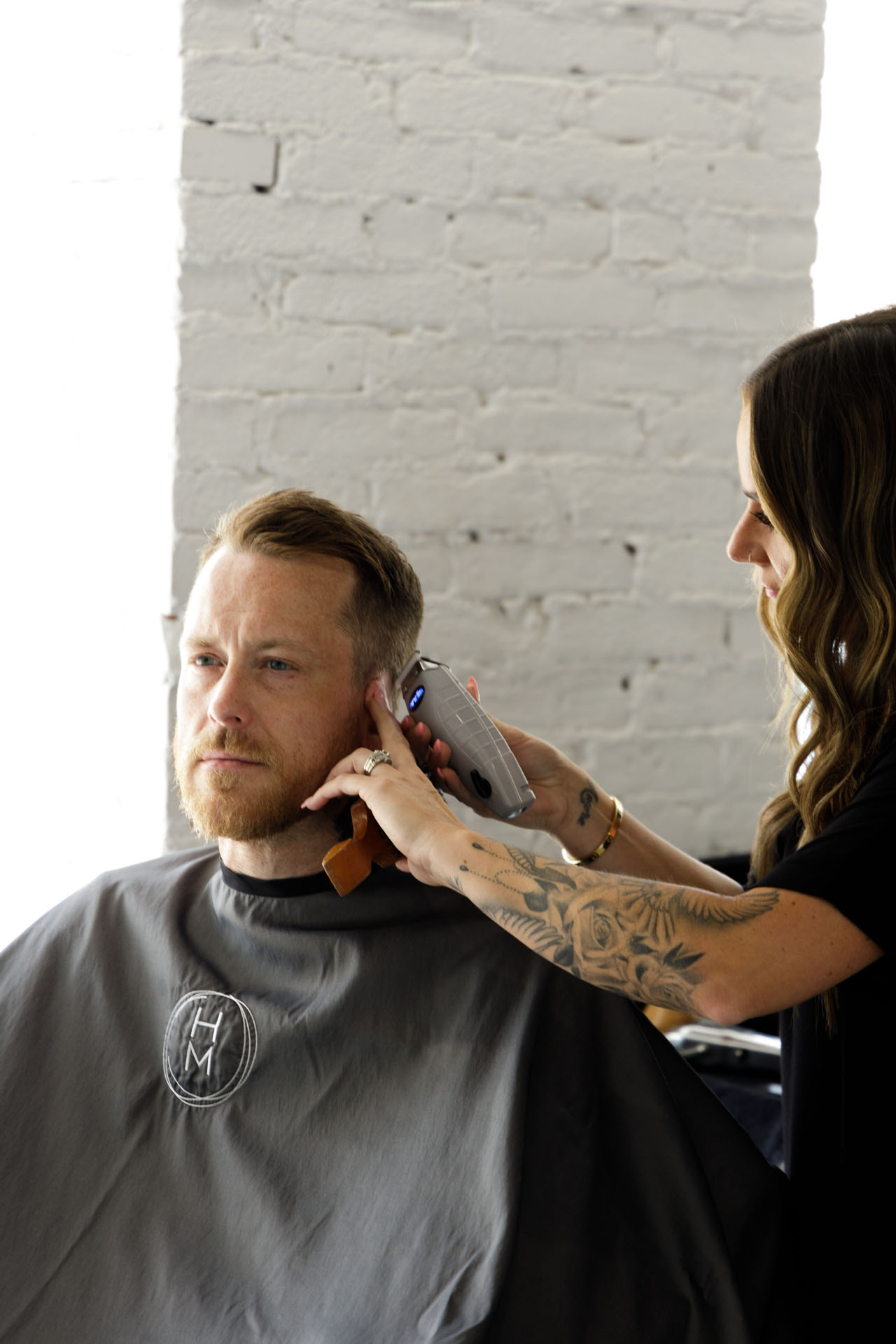 It’s hard not to return to the concept of success: in one of the most difficult and tenuous industries, Pimco has been able to build something that will last. Hot Mess is at the heart of the Asbury Park community, located in a keystone building in Press Plaza. It’s a testament to building a business the right way, by prioritizing relationships, neighbors, and long-term clients, from members of the E Street Band to a friend’s cousin who needs a last-minute appointment. As for Pimco, she couldn’t be happier. She’s living her childhood dream, all these years later. 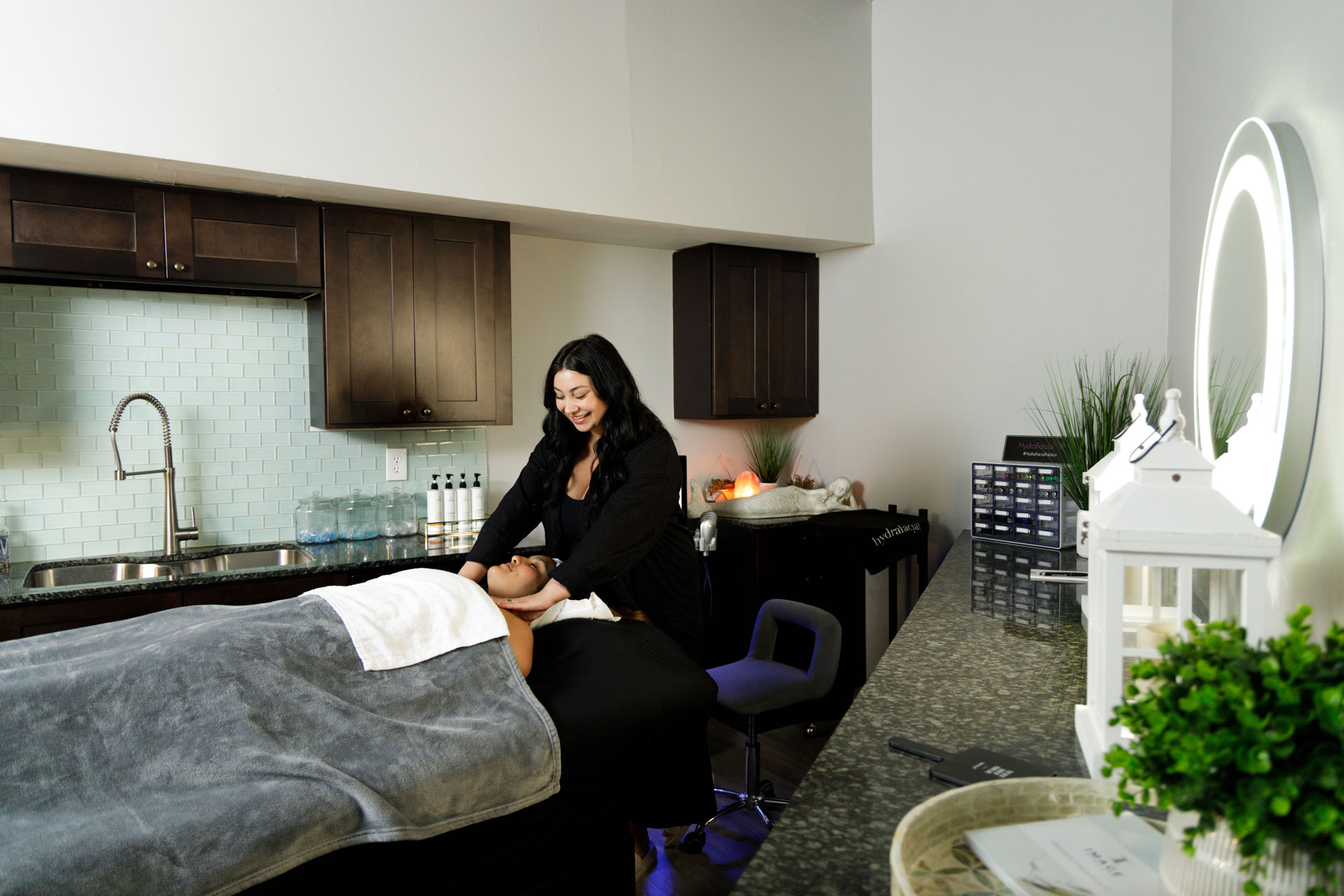