Though the eponymous house of Christian Louboutin is most often associated with women’s shoe styles, the Paris-based company’s lines include a range of men’s designs as well, with a list of celebrity wearers that includes Jared Leto, Matthew McConaughey, Ashton Kutcher, and Ryan Gosling, to name but a few. Louboutin’s men’s styles are edgy, fashionforward and polished, and CoCo Parì is one of very few boutiques in the region to showcase such a wide selection of its studded and classic loafers and colorful, trendy sneakers. These “red bottoms” (for Louboutin’s famous red soles) have become symbols of luxury and class, certainly, but also an inspiration for music making; Jennifer Lopez’s 2009, song, “Louboutin,” included the lyrics: “Now you got me stressing out on the phone, but it’s the last time. I’m movin’ on. I’m throwing on my Louboutins.” So are we, Jenny!

AC Lou Spikes 2 High Top Sneaker
These edgy and stylish monochromatic AC (for “air conditioned”) high-tops are crafted with tonal cone studs at the toe and heel. Their textile sidewalls and bumper cupsoles sport the signature red bottoms, and so make a statement both coming and going. Pair perfectly with jeans, joggers and, to make a real statement, with a suit! Made in Italy. $1,195, cocopari.com 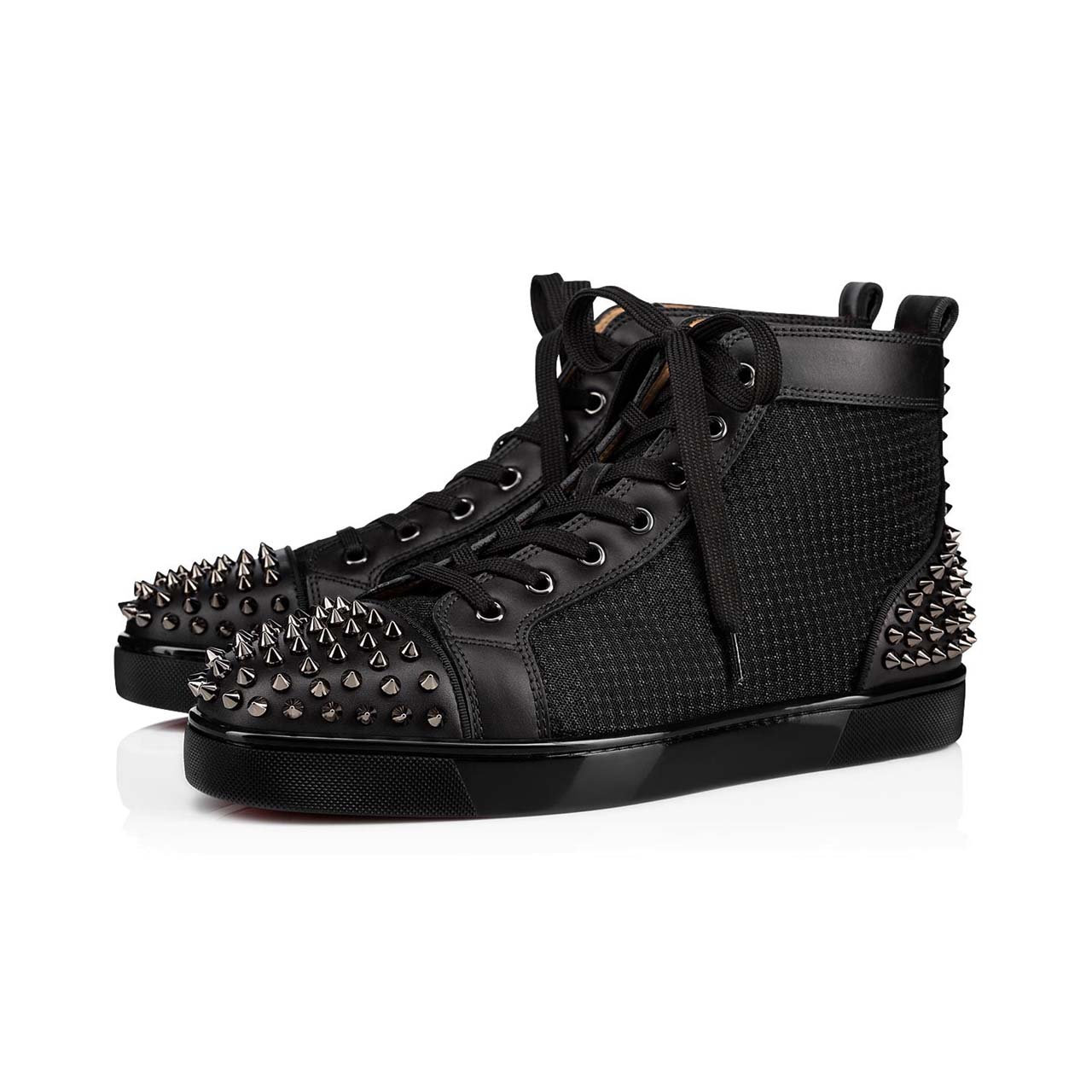 CL Logo Belt
This logo-decked accessory, in black calfskin with monogrammed Loubi print initials, is the perfect statement piece. The silver buckle helps it pair perfectly with dress pants or jeans, and it, of course, sings beautifully with Louboutin shoes. Made in Italy. $450, cocopari.com