THE BOROUGH’S NEWEST AND MOST MAGNIFICENT TOWER NOT ONLY SPORTS ITS LOFTIEST APARTMENT, BUT ONE OF THE HIGHEST ROOFTOP POOLS IN THE WESTERN HEMISPHERE

Two heights were hit early this year; one was the topping out of the borough’s tallest building, Brooklyn Point, which ascends some 720 feet from its 138 Willoughby Street Downtown site (aka 1 City Point) the other was the tallest apartment ever built in the borough, a 1,455 square foot three bedroom, three bath penthouse on Brooklyn Point’s 68th floor 640 feet in the air which sold in late October for $3.9 million.

Even while Extell Development Company was still in the construction phase, con dent in the ability to sell residences in the tower, condominium sales launched in March of last year, with studio prices starting at $837,000. 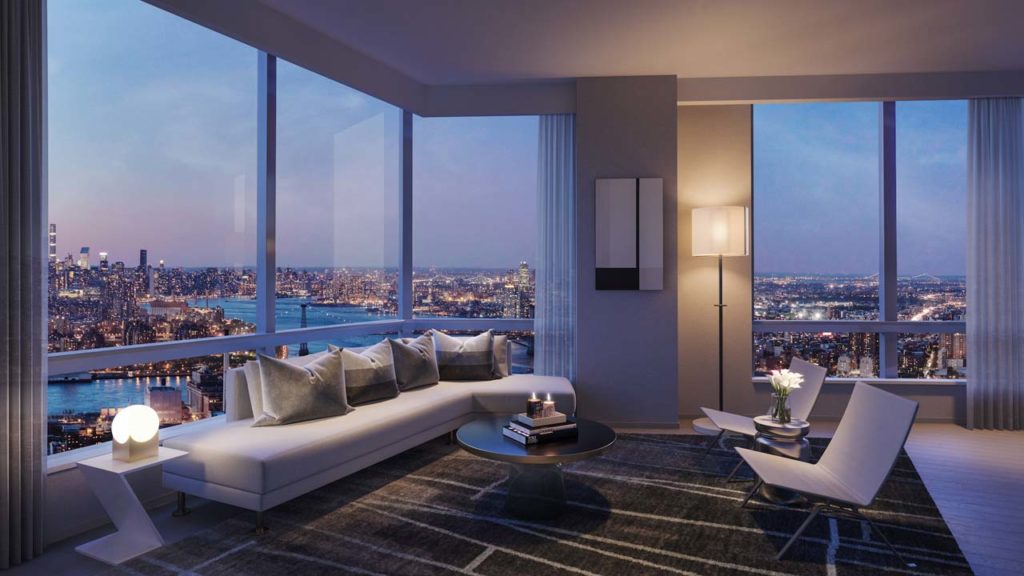 In truth, we need to add a third height superlative; the tower also sports the highest residential rooftop infinity pool in the Western Hemisphere, along with additional amenities that hyper luxury residences in the borough have come to include as de rigueur, including a health and wellness facility, an indoor saltwater pool, a climbing wall, squash and basketball court, and a sauna. At Brooklyn Point’s Park Lounge, meanwhile, residences can take in the game room, chef’s demonstration kitchen, a bar, common replace, and co working spaces.

Strategically cited above the shopping and restaurant complex of City Point, neighbors include Alamo Drafthouse, DeKalb Market Hall, Target, and Trader Joe’s. And as if the altitude and amenities weren’t sufficient motivation, the building also offers a fast disappearing draw: one of the few remaining 25 year tax abatements in the city.

Design architect Kohn Pedersen Fox Associates (KPF) conceived the slender tower not just to anchor City Point the largest food, shopping, and entertainment destination in the borough “but also to serve as a landmark for its burgeoning downtown.”

“Designed as two folded sheets, the façade features reveals at the northeast and southwest corners, while the crown angles up to a point, bestowing the building with an iconic profile,” KPF explained in a project description. “The curtain is composed of stacked frames that create sculptural relief accented by an interplay of light and shadow. The custom double height frames accentuate the verticality of the building, and the facetted planes add depth and texture to the exterior. Below, the podium continues the framed glazing while responding to the diverse streetscape. Each side is treated with a unique scale and materiality of the frame motif to correspond to the program and atmosphere of the block.”