Born in 1883 as a first-of-its-kind travel route that connected Paris and Istanbul via a collection of trains, the Orient Express has undergone a number of reinventions throughout its nearly 150 years in operation. The name has been used by a variety of operators with as many different routes, rising and falling in commercial popularity over the centuries. When original carriages from the now retired Nostalgie Istanbul Orient Express were discovered in Poland in 2015, a renewed interest in the glamorous train took hold. A 50% stake in the brand was purchased by luxury French hospitality group Accor Hotels in 2017, with the hopes of launching a chain of luxury Orient Express hotels across Europe, the Middle East, and Asia. 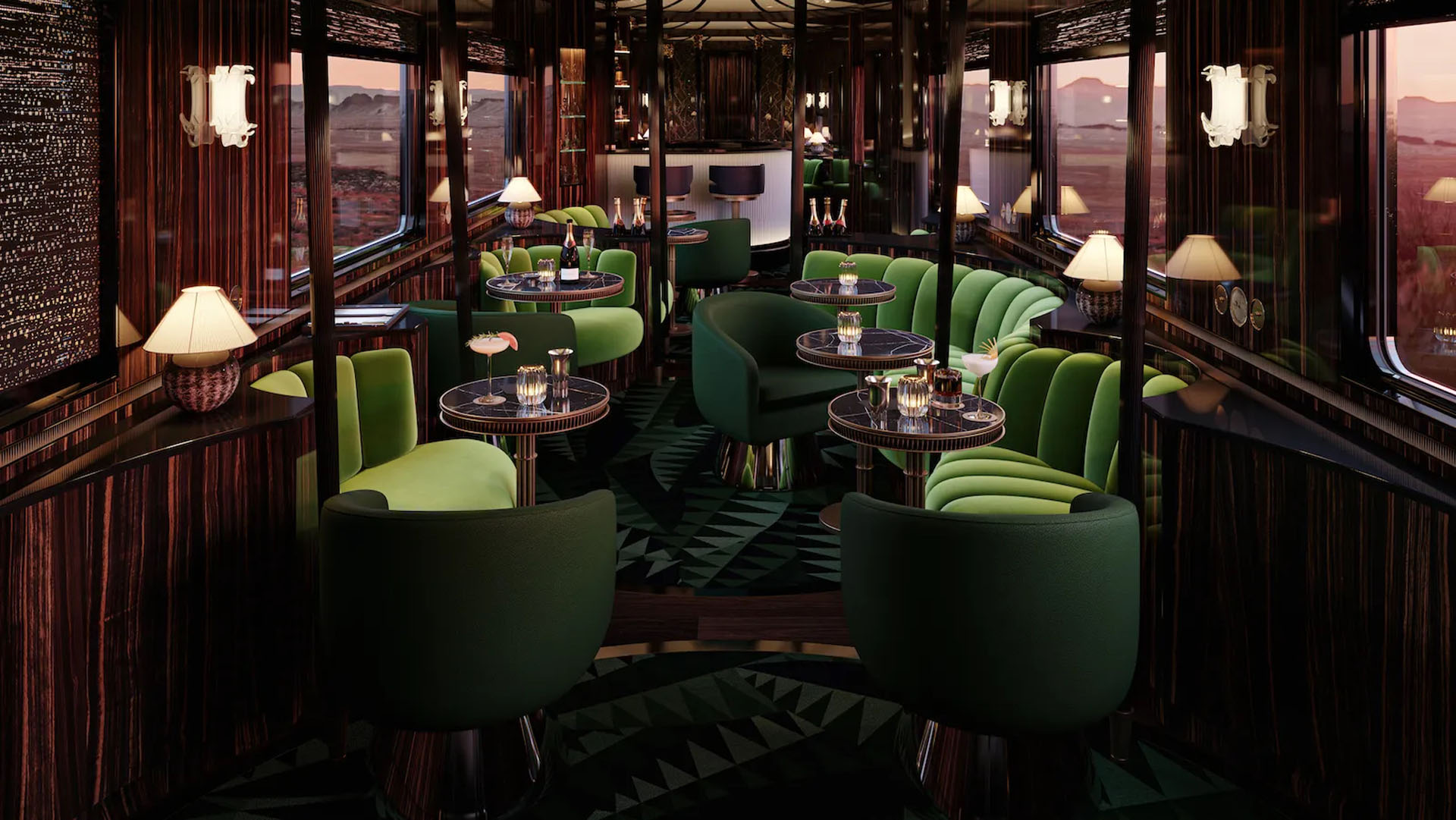 Now, the Orient Express brand is reviving the Nostalgie Istanbul-Orient Express, set to debut in 2025 with a full makeover helmed by famed French architect Maxime d’Angeac. The updated trains were teased with a series of images released in October, and a full reveal is expected at upcoming exhibitions in Paris and Miami. The decadent train will take heavy cues from the elaborate train cars of the 1920s. Rich color palettes, velvet furnishings, plush carpets, and striking furniture will be but a few of the stunning design notes present throughout the dramatic interior. Luxury suites will each offer a plush bed with intricate embroidery, a personal dressing room, en-suite bathroom, and a sofa. Even more astonishing, the Orient Express 2.0 will be comprised of 17 genuine carriages from the remains discovered in 2015, offering a truly unique experience that wholly embraces the rich and complex history of the world’s most famous train.