THROUGH SMOKY SIPPING TEQUILAS AND SCRATCH MADE “HYBRID” TACOS, THIS VIBRANT MEXICAN EATERY IS JAZZING UP THE SOUTH SHORE

The requests were pouring in daily. From the first day Sofia’s Taqueria, an authentic pueblo style taco and tequila bar famed for scratch made tortillas and a multi-page tequila and mezcal menu, opened its doors on Bay Street in January 2019, Staten Islanders from the South Shore began salivating for an outpost of their own. According to chef/owner Peter Botros, the Mexican eatery and its prodigious tequila list was the first of its kind on the Island, and it was clear his neighbors were hungry for it. 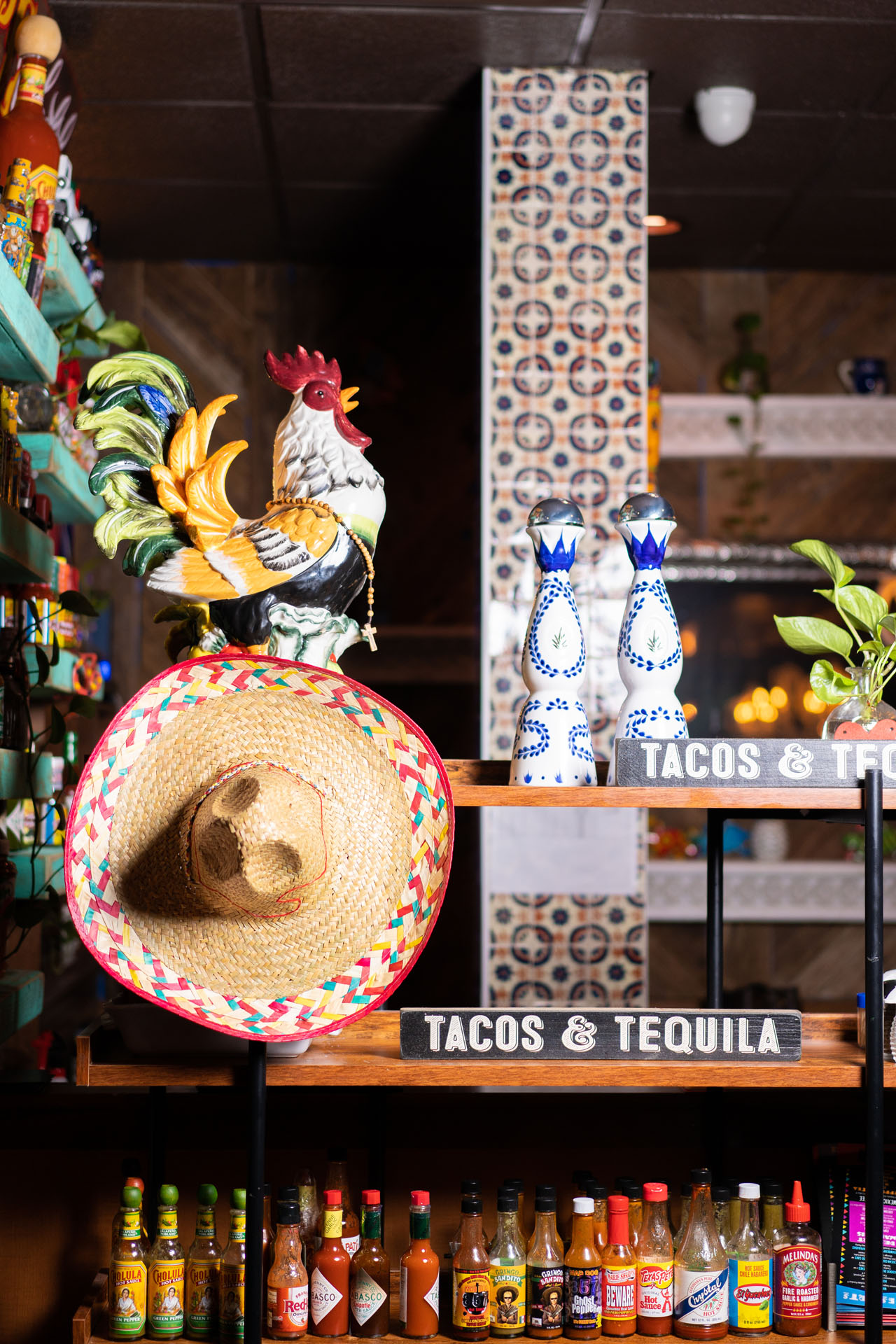 “We noticed early on that people were coming to us on Bay Street from across the Island,” noted Botros, a seasoned restaurateur with five additional dining destinations in the borough. “Whether in jest or seriously, we were getting asked daily to open a Sofia’s on the South Shore.”

But Botros didn’t become one of the most prolific restaurateurs in Staten Island by making decisions arbitrarily. Also the proprietor of The Stone House at Clove Lakes, Chef ’s Loft, Violette’s Cellar, Sofia’s Guac Bar at the Staten Island Mall, Rustic Pizza & Pasteria, and Sally’s Southern, Botros and his partners Phil Farinacci and Ignacio Garcia took their time to scope out the ideal location for a second Sofia’s. 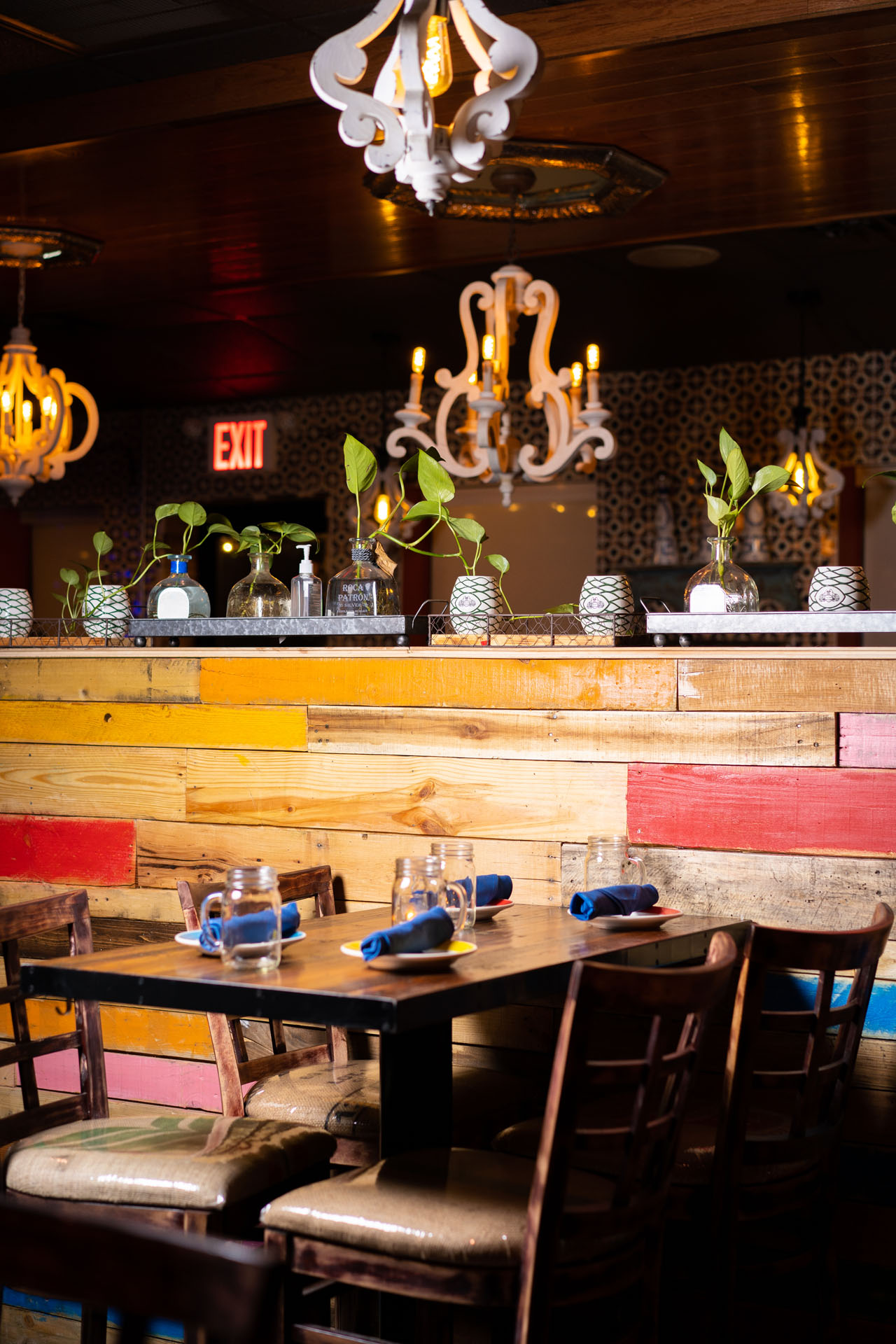 “We are very selective with where we open,” he continued. “We want to make sure we could deliver the exact look and feel that we wanted. We had our eyes open, but it took a while to find the perfect fit.”

After an extensive search, the partners stumbled across a vacant space along Amboy Road in Eltingville, the site of a former Denny’s, and knew immediately they had found the perfect spot. From there, Botros and team gutted the space and began dressing the interiors with a similar patchwork of colors, patterns, and handcrafted details as the Bay Street locale. “We already had a winning combination,” noted Botros. “But this location is nearly three times the size, so it was a challenge to create that balance of warmth and vibrance that we nailed on Bay Street.” 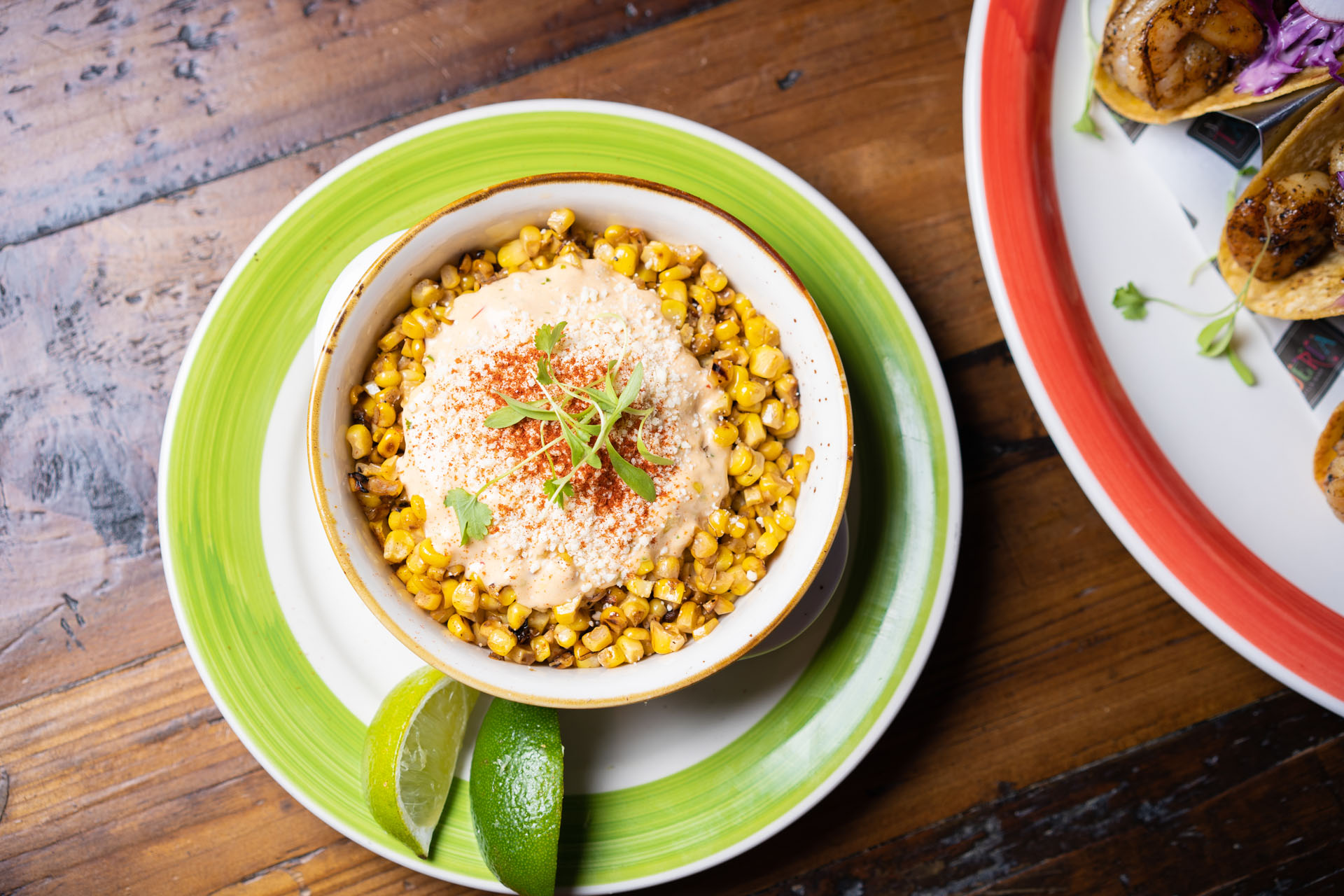 Even amid a much larger canvas, the owners touted authenticity as a non-negotiable; handmade tile was imported from Mexico and now comprises the sprawling bar top, the cushions of reclaimed chairs were covered with old coffee bags, and tequila bottles were reimagined as planters. 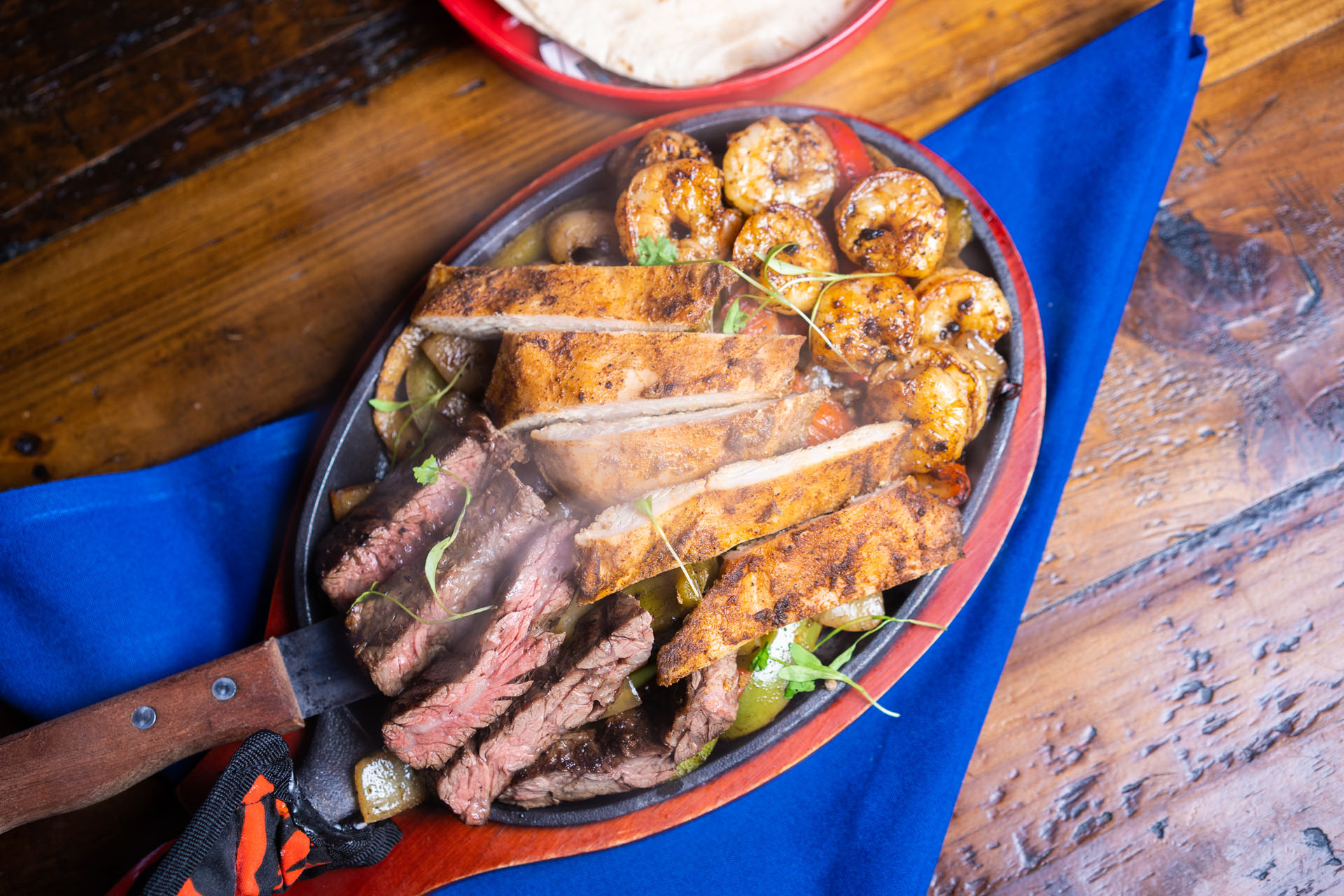 The menu is also a carryover with a few notable distinctions, such as a genuine Mexican breakfast, served daily in Eltingville from 8 a.m. through 11:30 a.m. Here, the first meal of the day begins with a choice of bubbling egg skillets, such as shrimp and chorizo abetted by Yukon gold potatoes and sun dried tomato aioli; three egg omelets stuffed with extras like fire grilled corn, smoked paprika, and cotija cheese; or meaty breakfast burritos, lobster quesadillas, and huevos rancheros. Batter based dishes reveal several surprises a carnitas y queso corn pancake, for instance, is smothered in overnight pork shoulder, six cheese fondue, and fresh pico de gallo, while a decadent French toast arrives swimming in the chef ’s famous cookie butter sauce. 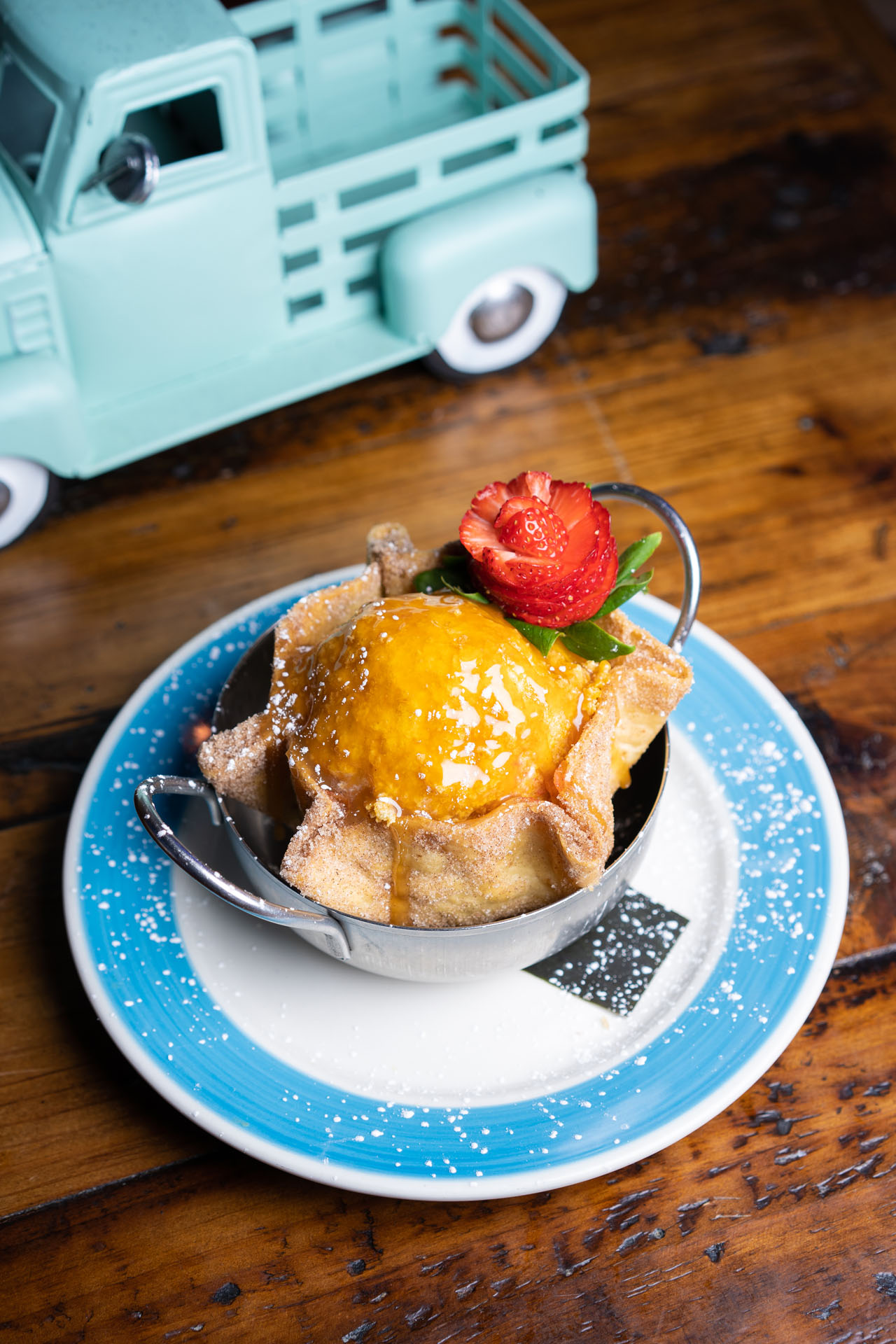 The all day menu harbors all the mainstays of classic south of the border dining, albeit with Botros’ signature twist. Empanadas are teeming with marinated meats, six blend cheeses, or roasted veggies, while steak, chicken, and shrimp fajitas arrive sizzling with a bed of pico, fired grilled peppers and onions, and fresh tortillas. Hot sauce fanatics have 55 options to choose from, ranging in heat from mellow to inferno. 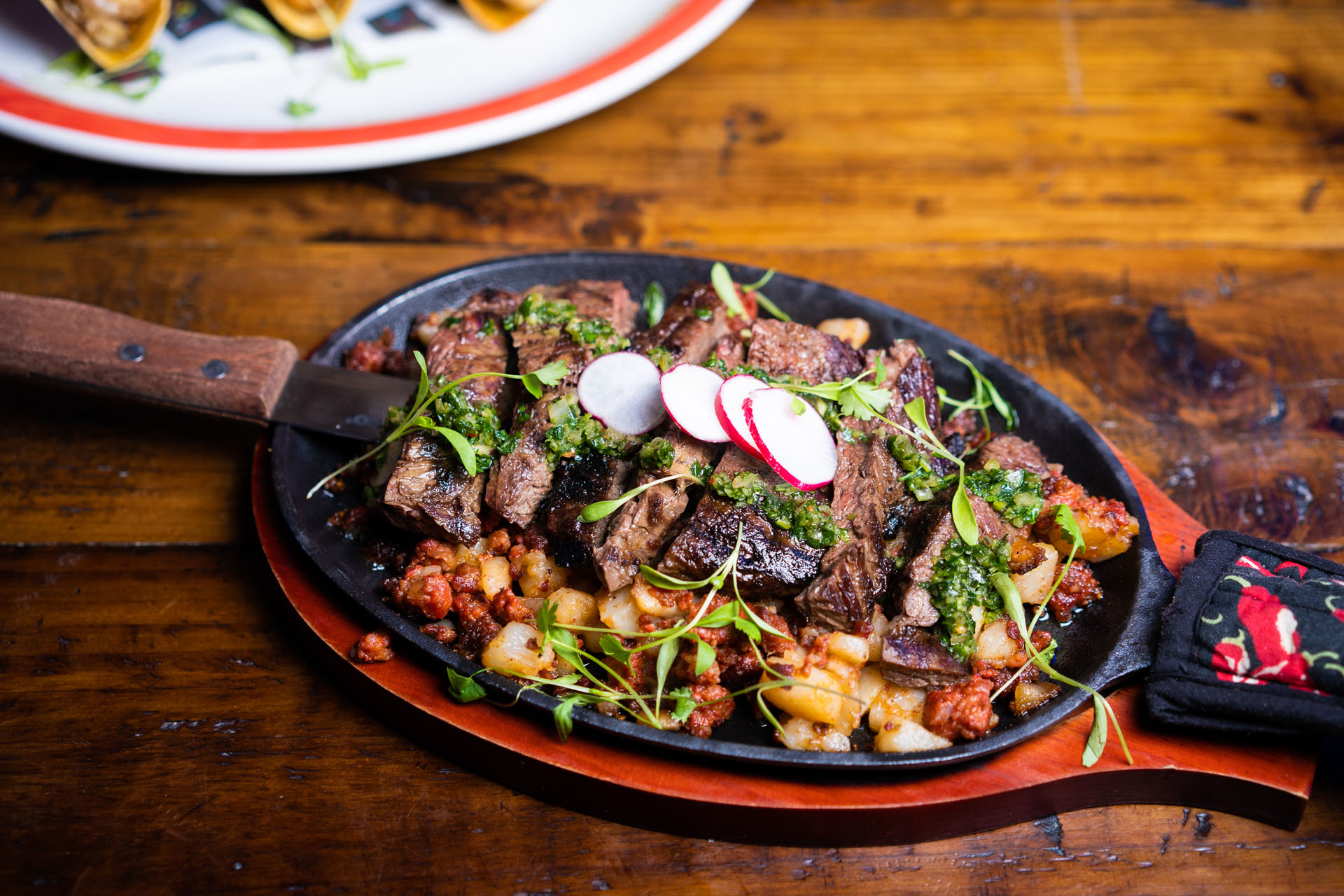 But this is a true taco bar, thus a massive array of hand held varieties is on tap, from al pastor and duck mole to fried fish and grilled zucchini. Sofia’s tacos have even solidified a recurring spot in the New York City Food and Wine Festival’s Tacos After Dark event, kicking off this fall.

“One of the main components that make our tacos really badass is that we make a house made hybrid tortilla,” noted the chef, listing the carne asada made with chili pineapple marinated steak as a must try. “It’s not corn or flour; it’s a combination of the two. It captures the great potent flavor of the corn while offering the characteristics and texture of the flour.” 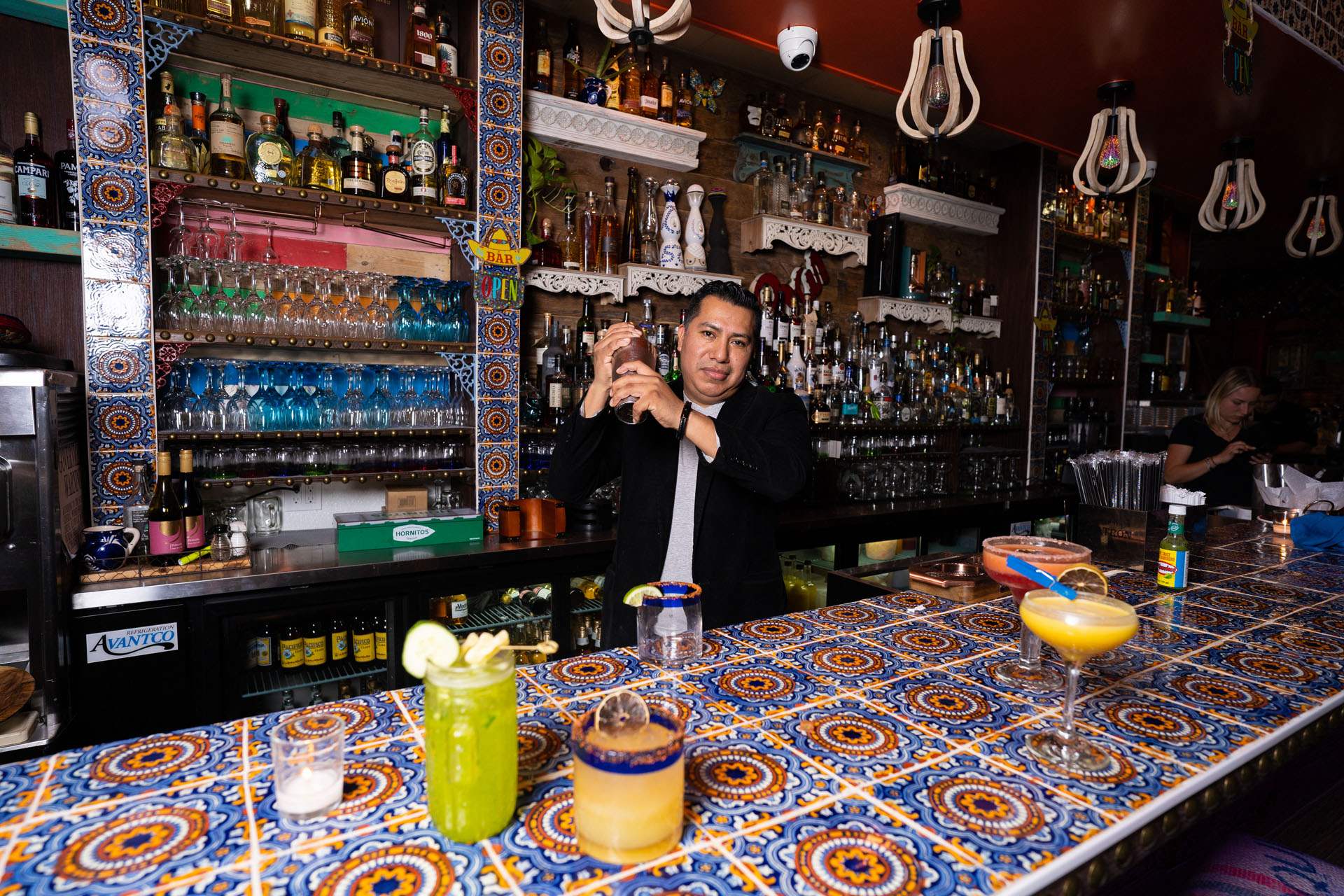 Botros recommends a guac starter to accompany the tacos, and while there are several creative expressions on the menu (from a tangy strawberry cucumber to a mouth beating Five Alarm), the fan favorite continues to be his highly classified Sofia’s Secret Guac. “More than 200 people have tried to guess my secret ingredient,” quipped Botros. “So far, zero people have guessed correctly.”

Drinks are also serious business here. Begin with the Tequila Library, a multipage encyclopedia of the agave spirit, spanning every iteration, from blancos and reposados to aged extra añejos, plus a selection of smoky mezcals. If novices find the options daunting, there are curated tasting flights. This summer, the team also has plans to bring back monthly tequila dinners, a four course feast paired with different expressions from a featured distiller. Expect other festive events even sooner, like a Cinco de Mayo block party extravaganza at the Eltingville locale, replete with a DJ and mariachi band. 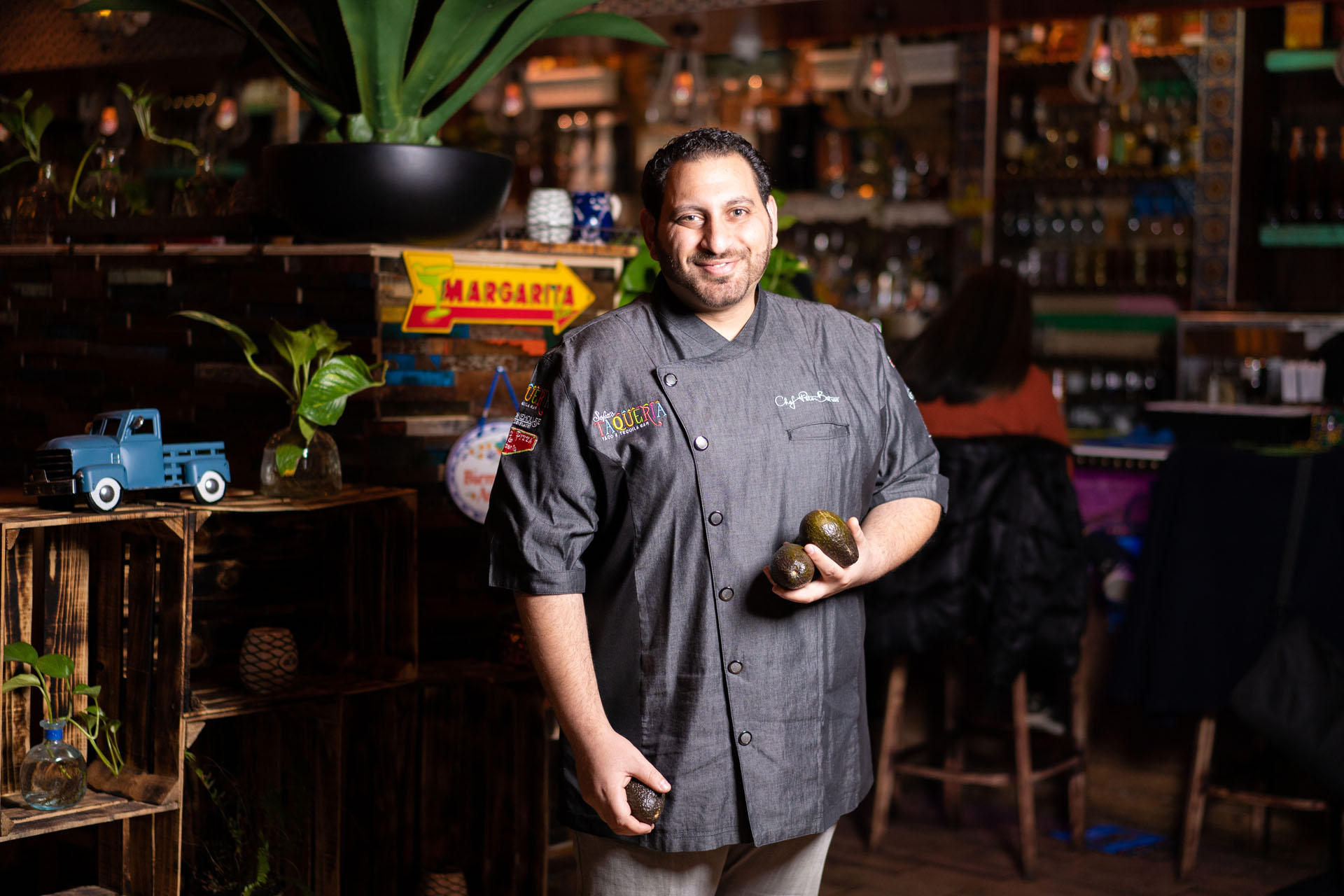 Looking ahead, Botros teased additional locations, noting he’s now fielding requests from outside the borough. “We are actively looking to expand the brand. The same way we were asked to bring Sofia’s to the South Shore, we are now being asked to open in other areas of Staten Island, plus Brooklyn and New Jersey. We’re always looking for the right opportunity, the location just has to be right.” 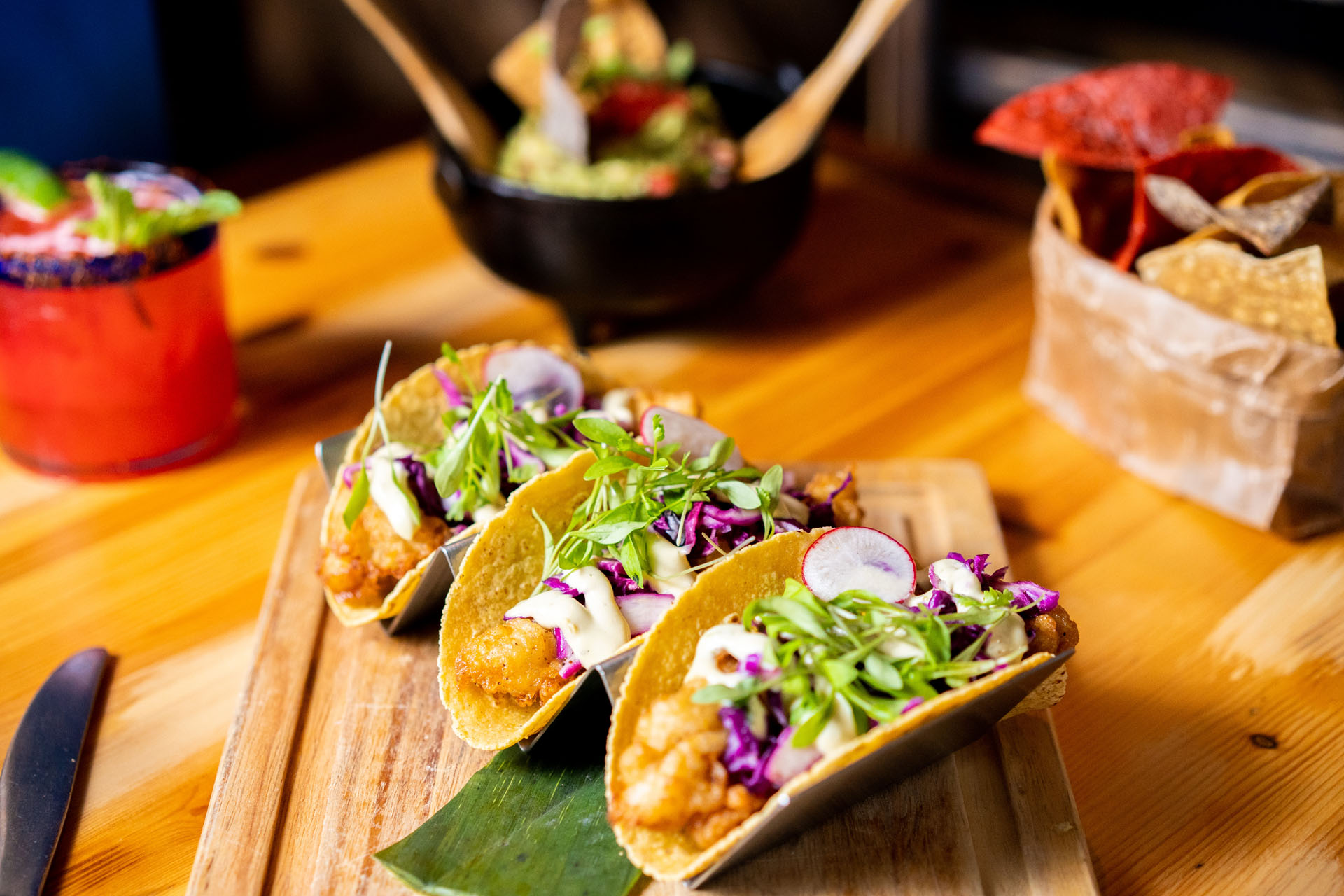 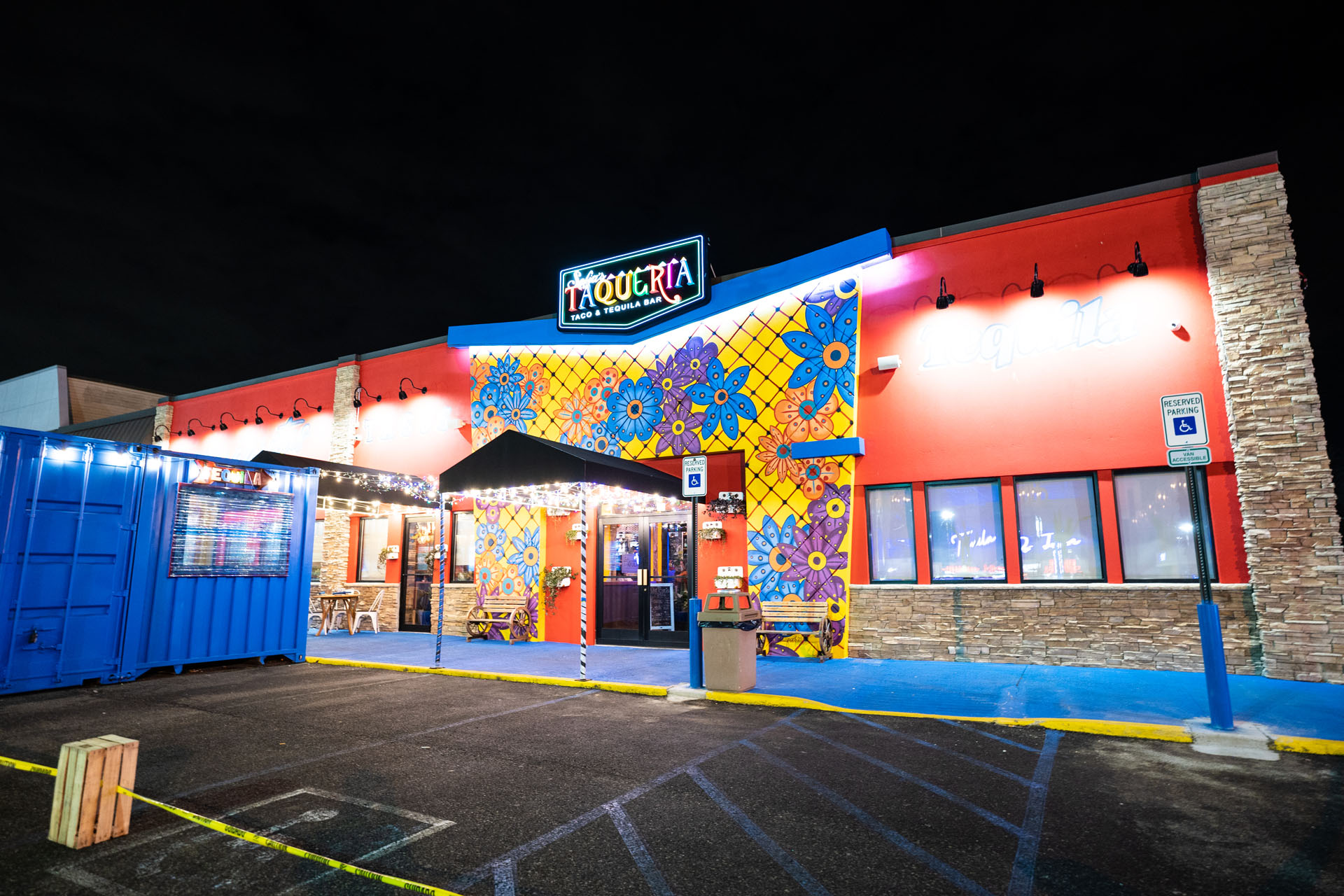