Cristina Varriale is no stranger to the frenetic energy of the restaurant business. Her parents, owners of Aqua Blu in Tom’s River, have been restaurateurs since before she was born. She met her husband and business partner, Matteo De Marco, when they both worked at Aqua Blu, and in 2019 they branched out to open their own eatery, Qua Pizza, in the popular shore town, Manasquan. Known for its quaint mile-long beach, thriving business district, and the Manasquan River a mecca for lovers of boating and fishing Manasquan proved to be the perfect location for the duo to introduce Roman-style pizza to the tri-state area. No one could predict that only nine months later, the restaurant industry at large would shutter its doors, right before the start of Varriale and Marco’s first busy summer season. Fortuitously, the new restaurant owners had chosen a pandemic-proof concept. 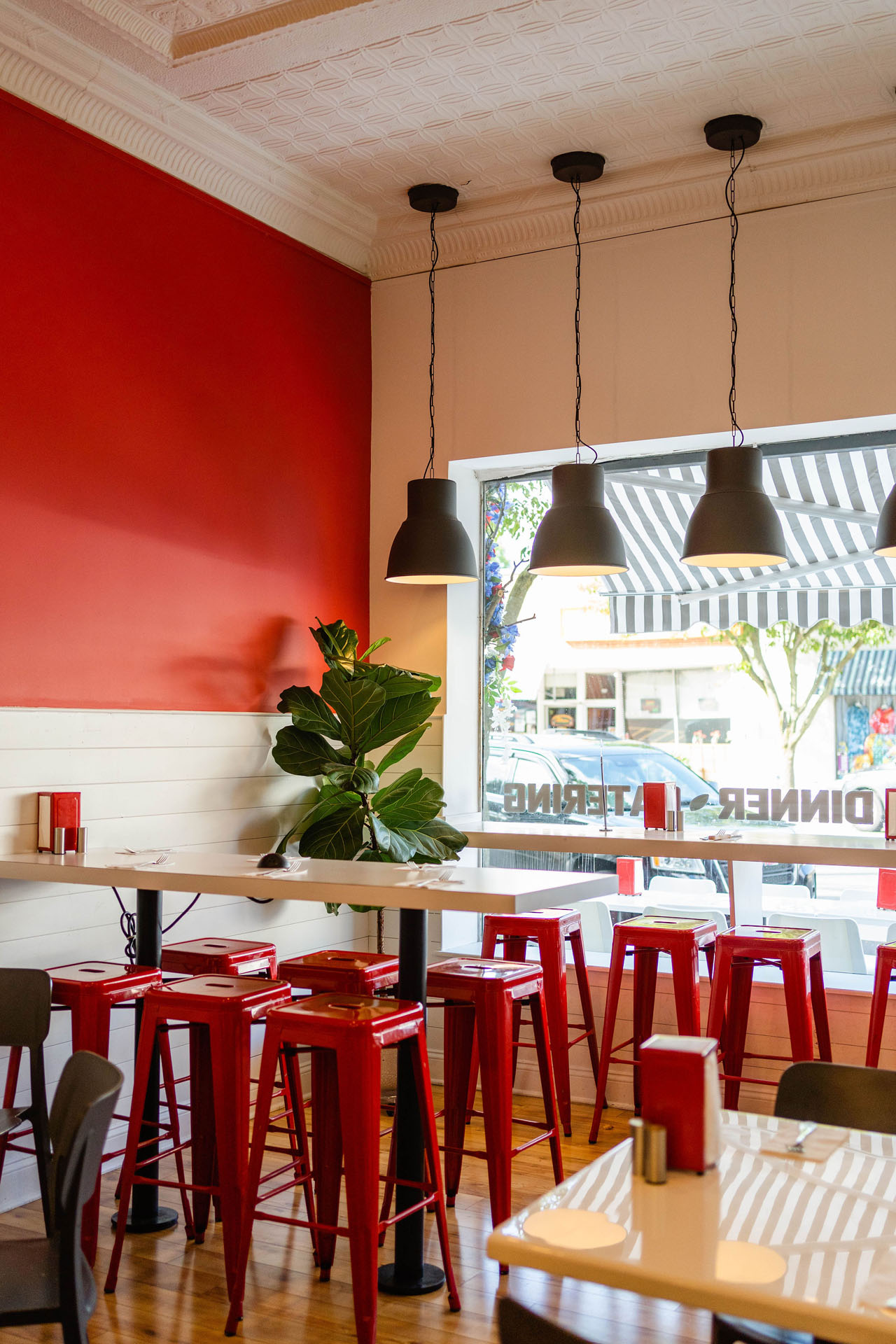 “The pandemic actually helped the pizza business,” said Cristina Varriale. As the world learned how to navigate this unprecedented chapter, many turned to take-out as a way to get relief from cooking, and to try to garner even a drop of the joy they previously experienced when dining out. For residents and visitors of the Jersey Shore, this became a great time to try the “new” type of pizza that Qua is famed for: Roman-style. Many patrons soon discovered they much prefer the light and crispy crust of Roman-style pizza sprinkled with high-quality ingredients over the heavy, greasy American-style pizza that typically followed a day on the beach.

There is something for all branches of pizza lover on the menu. The owners noted it was important to include a handful of traditional Italian flavors, such as the cacio e pepe topped with mozzarella, pecorino romano, grana padana, black pepper, and basil, while also sprinkling in more familiar choices, like the Americana, dressed with tomato sauce, mozzarella, pecorino romano, and oregano. A fan-favorite Jersey Boy is crowned with vodka sauce, fresh mozzarella, pepperoni, basil, and grana padana, or diners can build their own pies, choosing from dozens of toppings. Varriale described it as the kind of pizza shared at an outdoor table in Italy, the perfect accompaniment for a glass of vino blanco while watching the afternoon slip by. “You can eat more than one slice and not feel overly full,” she said. 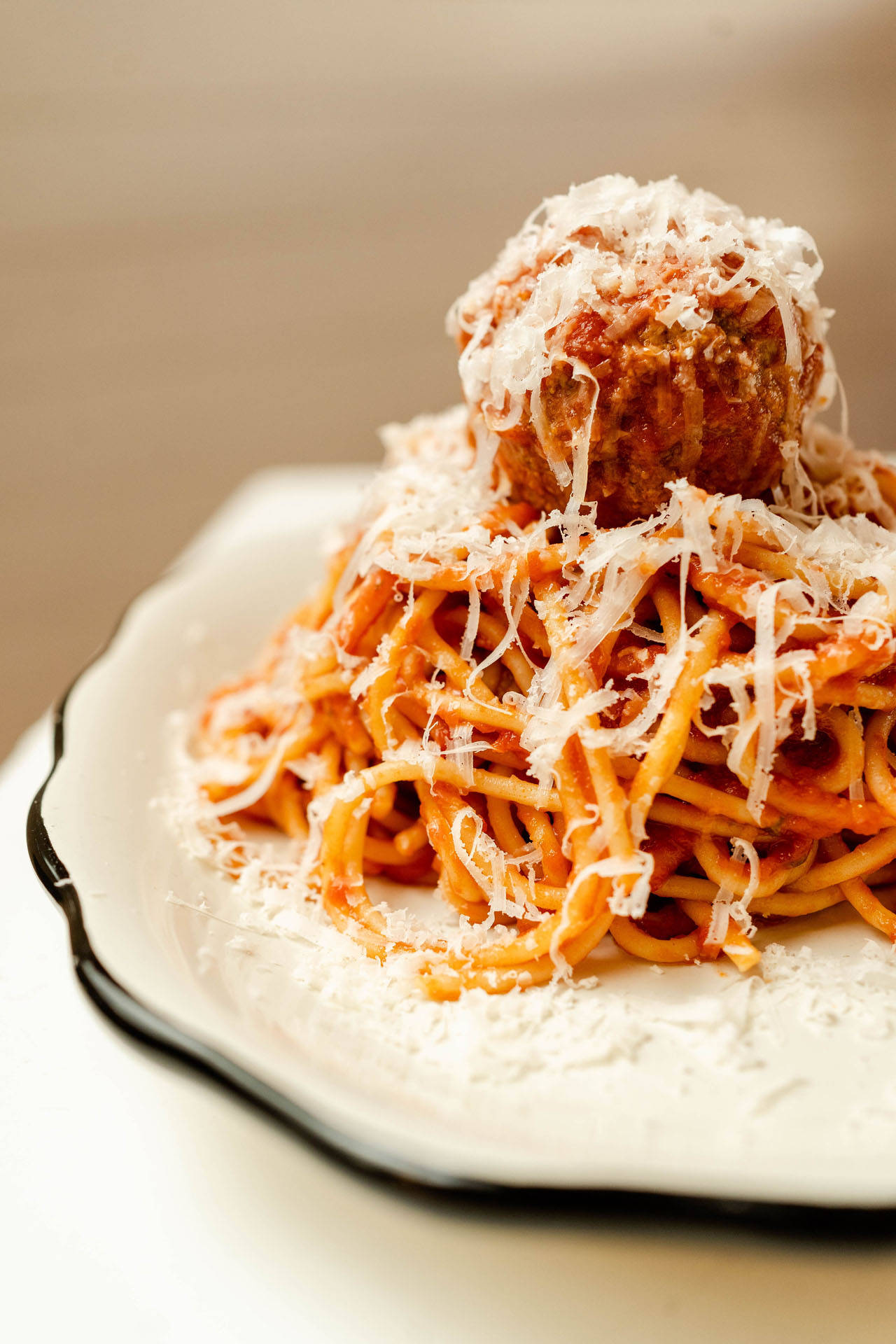 Qua (“here” in Italian) offers a dining experience that transports the old world charm of Italy to the Shore with enough accessibility to allow families to enjoy eating out multiple nights of the week. The early menu was composed simply of pizza, pasta, and salads, but the pandemic brought a few other changes. New adjustments include the addition of more entrées, a popular catering menu, and on-premise catering.

“People are still wanting to celebrate at home and outside,” said Varriale. “They are catching up on all the events they missed, and we are happy to be a part of that.” Catering has proven to be big business for the duo, and they are now bringing the flavors of Rome to homes throughout the region, serving parties from as intimate as ten to as large as 100. 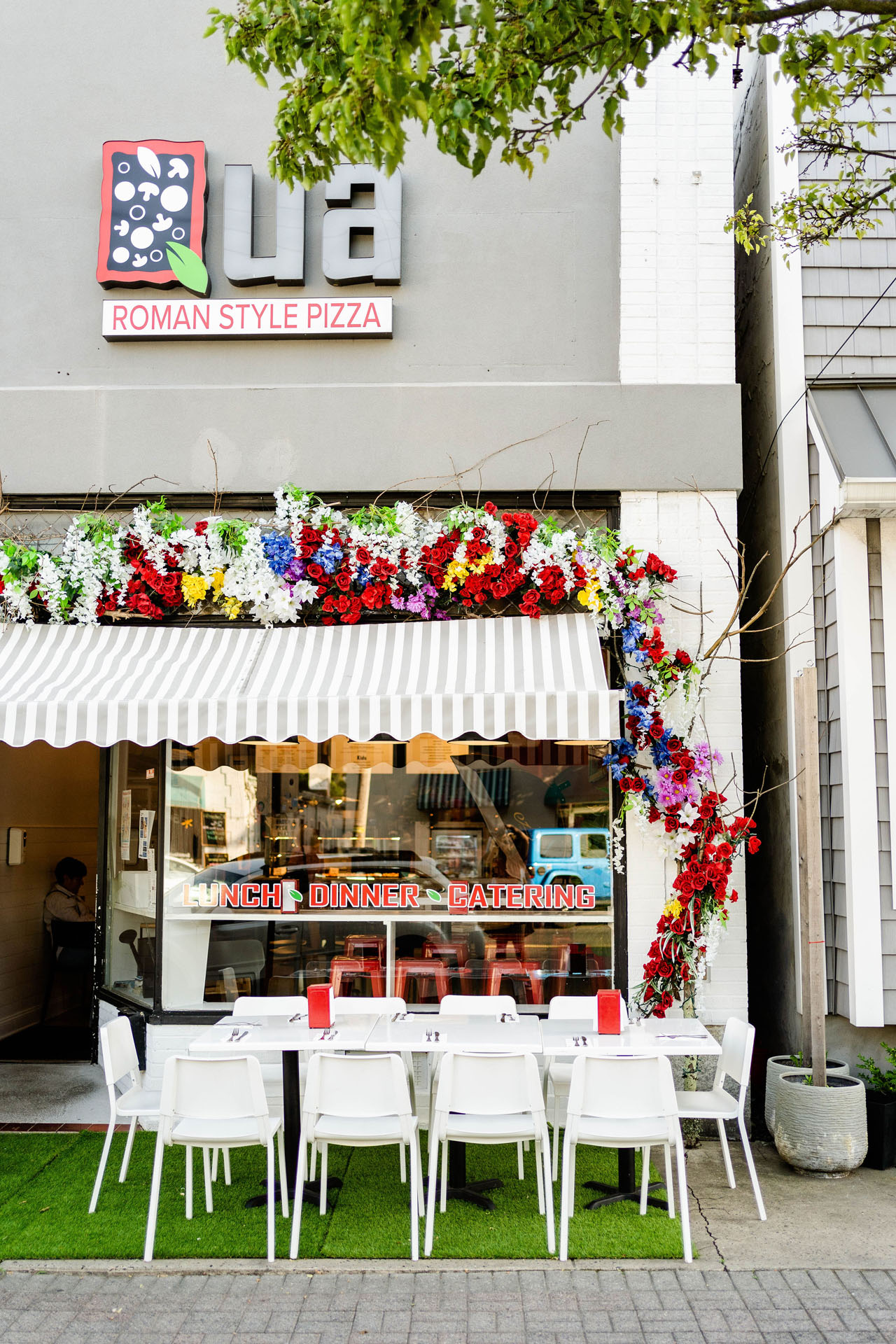