THE FLAVOR OF SUCCESS

At his locally celebrated 13th Avenue bakery in Brooklyn, Frank Santo had earned a reputation for serving legendary desserts. Pumping out mousse cake, cheesecake, and an infamously decadent caramel cone, Santo put his smallish, family owned Aunt Butchie’s bake shop on the map by providing an array of mouthwatering sweets for consumers and restaurants alike. So, when an opportunity presented itself for the baker to share his recipes with a bigger clientele in the outer boroughs, he took a chance. 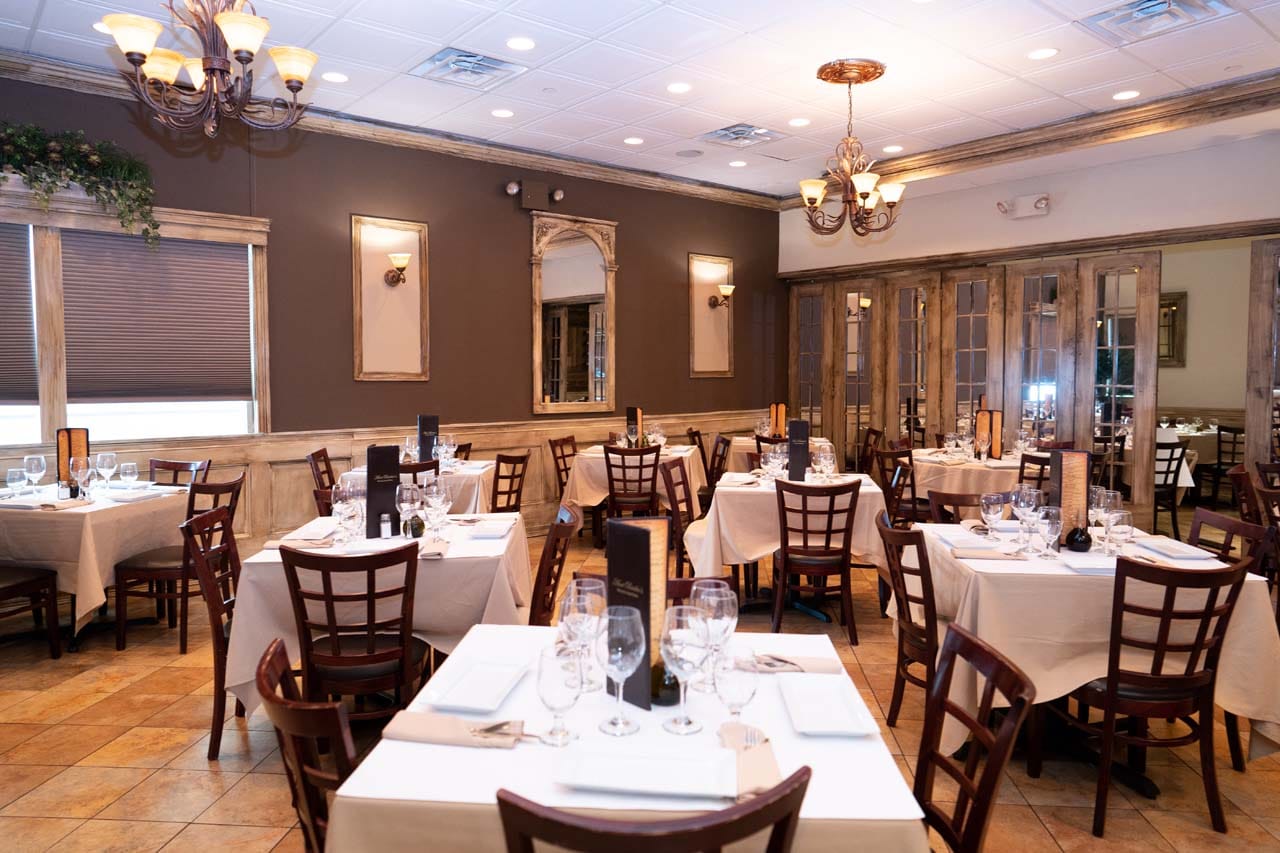 “We opened up as a small bakery and cafe on what was then this quiet strip of Arthur Kill Road, and people thought we were crazy,” noted Joe Pernice, one of the restaurant’s partners, describing Aunt Butchie’s quiet start. “But in the past 10 years, we have expanded at that location two times, and recently opened another outpost in New Jersey. So I guess you could say the concept was on point.”

Located on the ground level of a strip mall on the site of the former MJ’s Supper Club, the Staten Island version of Aunt Butchie’s of Brooklyn started small. In addition to hawking those famous desserts, Santo and Pernice partnered with Pete Marcolini to craft a small counter service lunch menu aimed at the offices and small businesses in the area. 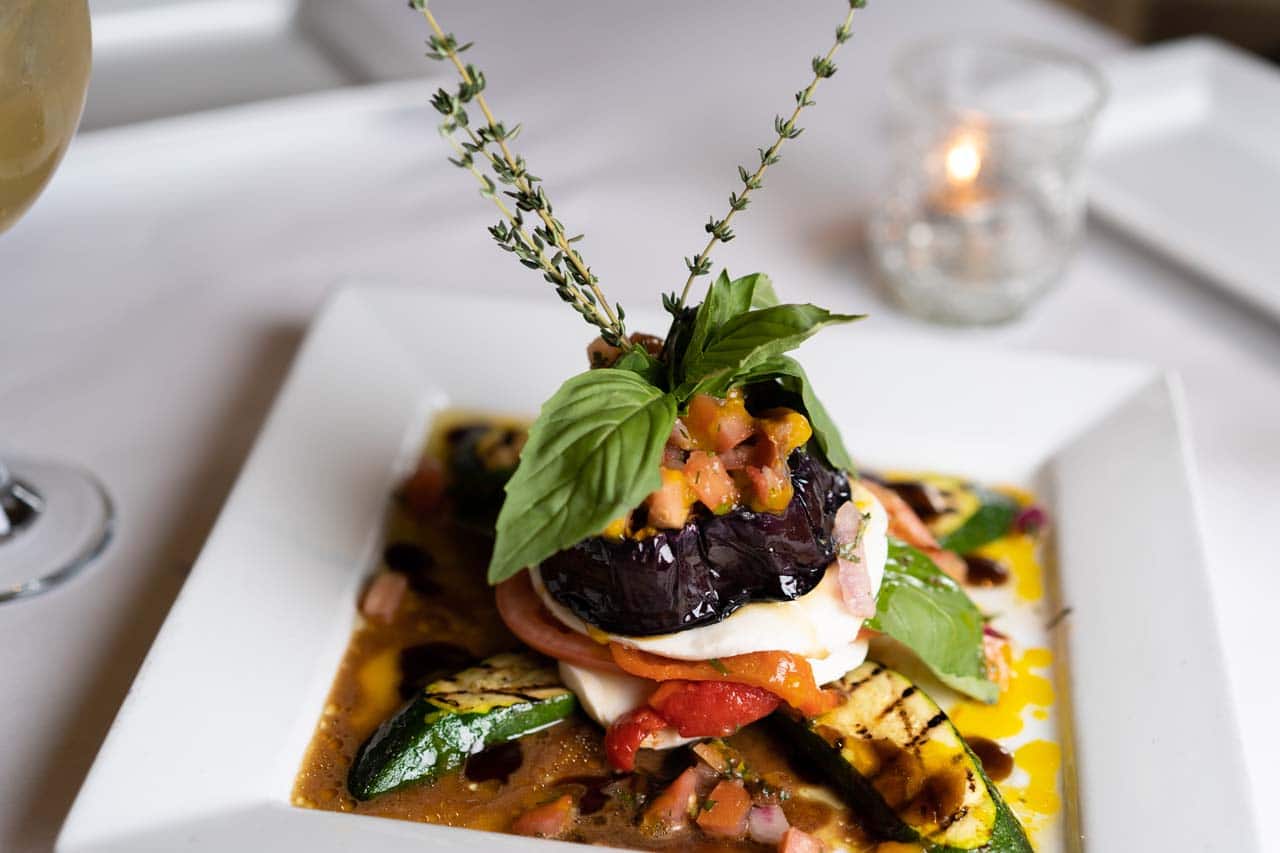 “At first we offered sandwiches, soups, and salads,” noted Marcolini, a former distributor of Italian specialty foods who worked routes in both Brooklyn and Staten Island. “Customers liked the food, and then we started experimenting. Meatballs and pasta were the next natural step. Then, as the store expanded, I started making some of my old world family recipes like osso buco and tripe.” 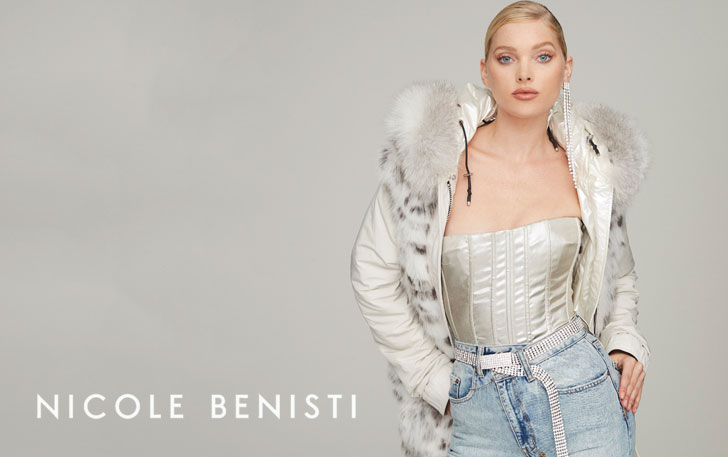 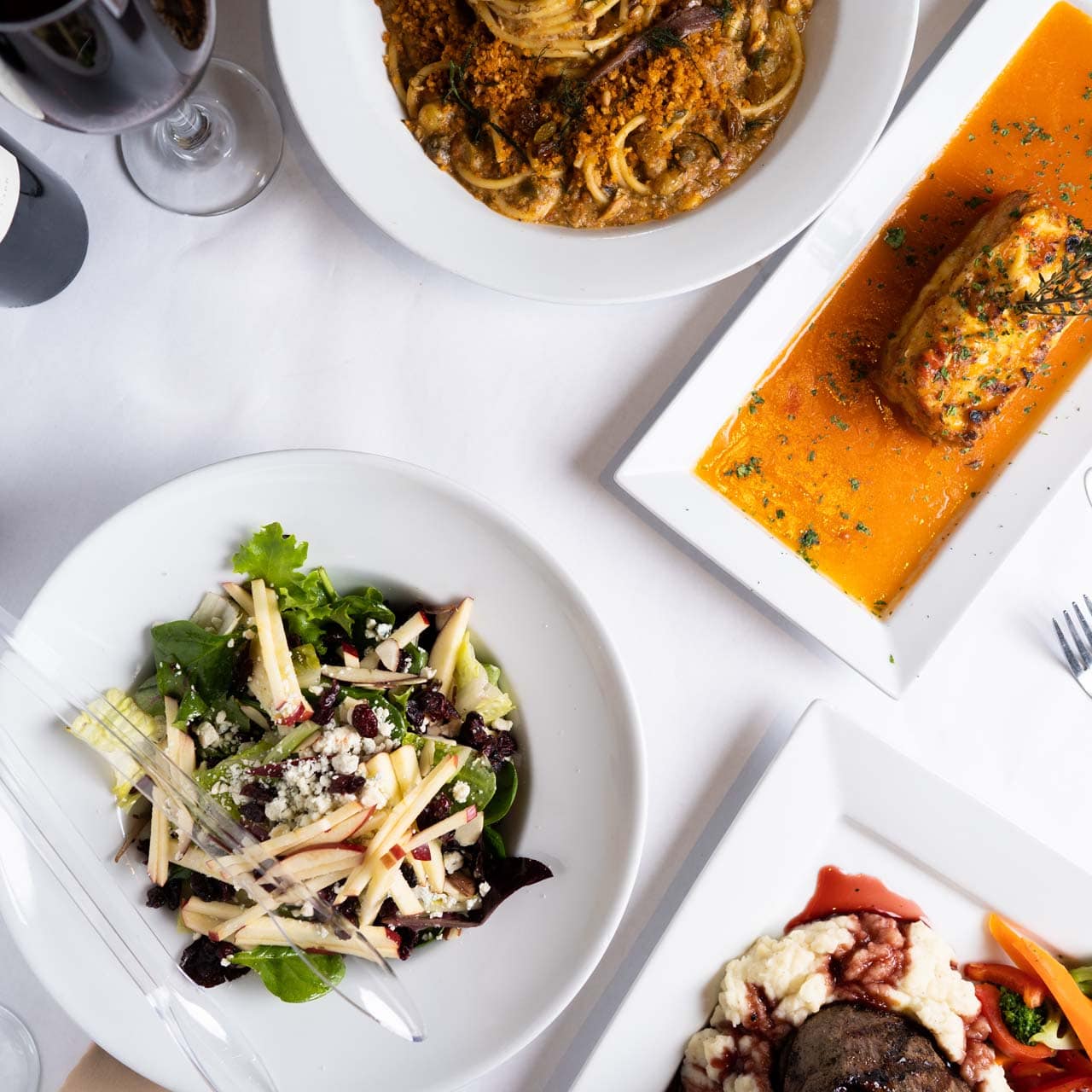 Marcolini’s recipes were a hit with Aunt Butchie’s Staten Island customers, who came in for gourmet dessert and coffee and stayed for lunch or dinner.

“Pete’s great food and Frank’s desserts proved to be the perfect combo,” noted Pernice, an accountant by trade who helps manage the business. The trio, who grew up together in Brooklyn’s Dyker Heights neighborhood, capitalized on their success by expanding to an adjacent storefront. 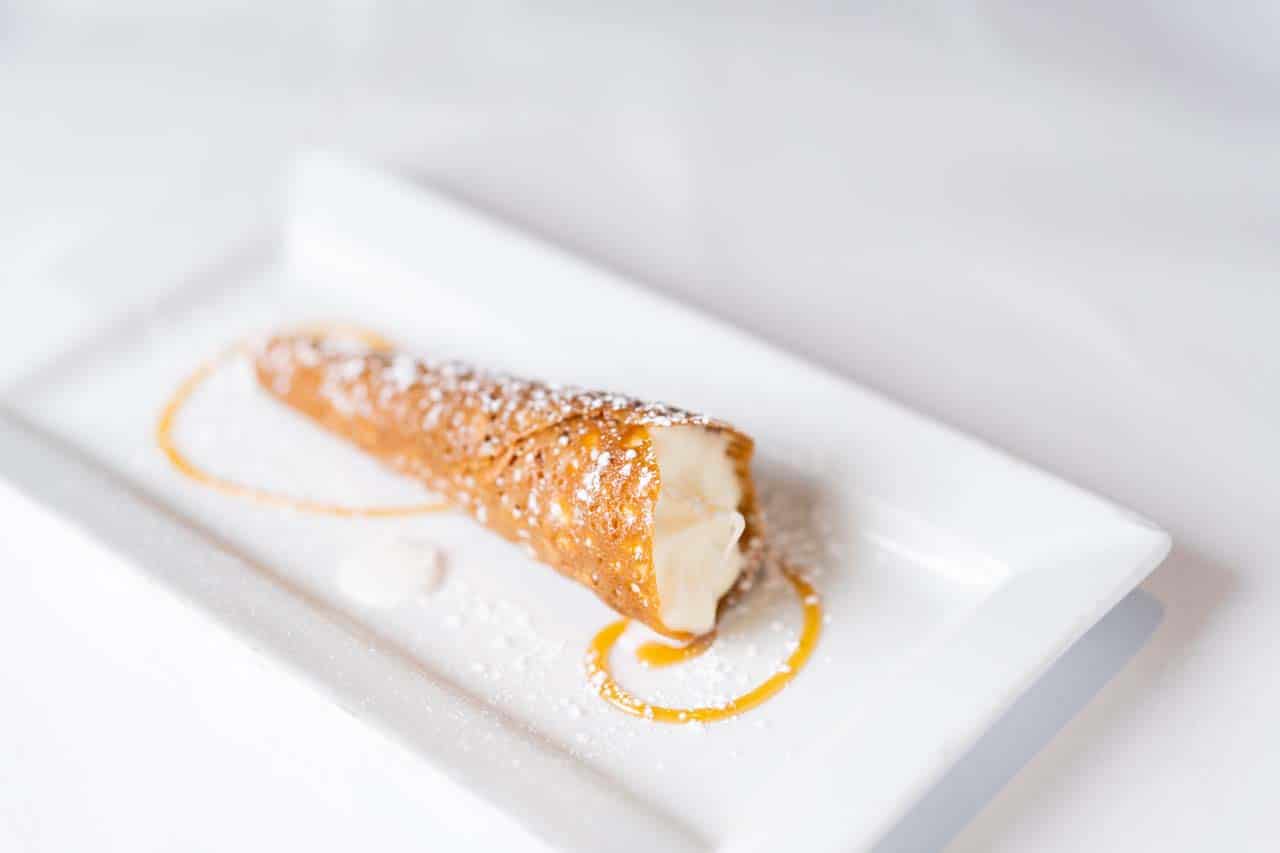 “It’s crazy, because this strip of Arthur Kill was so quiet when we first opened, we doubted ourselves,” Pernice said. “But when the food concept took off, we took over another storefront and opened up a full service dining area. About a year and a half later, we expanded again and created a full dining room. Now we’re a full service restaurant with a bar and the ability to host parties and events.”

Aunt Butchie’s is known for its family oriented atmosphere, and Pernice describes the overall vibe as informal parents and kids in baseball uniforms can often be seen grabbing a quick bite after the game. But there is also a fine dining option in the back room, where romantic dinners for two are served, as well as a party space that can accommodate up to 125 guests.

“It’s really the best of both worlds,” Pernice said. 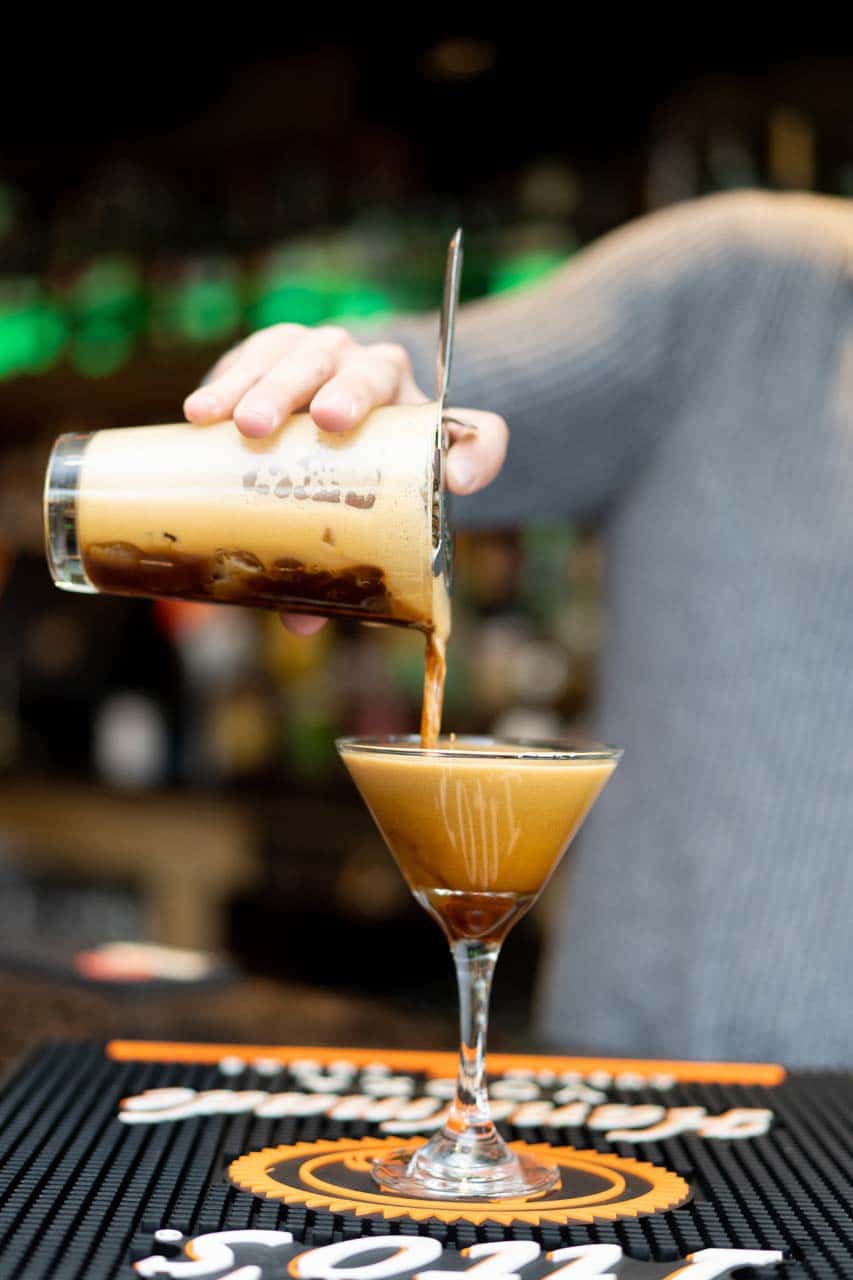 Lunch is still a driving force, and off site catering has become a big part of the Aunt Butchie’s business. The 14 ounce stuffed meatballs, the baked spaghetti dishes, and the seven layer cookie ice cream sundae are among the unique offerings that keep drawing customers back.

“Before we opened up, there were no other Italian restaurants like us on this side of the Island,” Pernice said. “We offer such a wide variety, and pride ourselves on featuring only the best quality products in every dish we serve.” 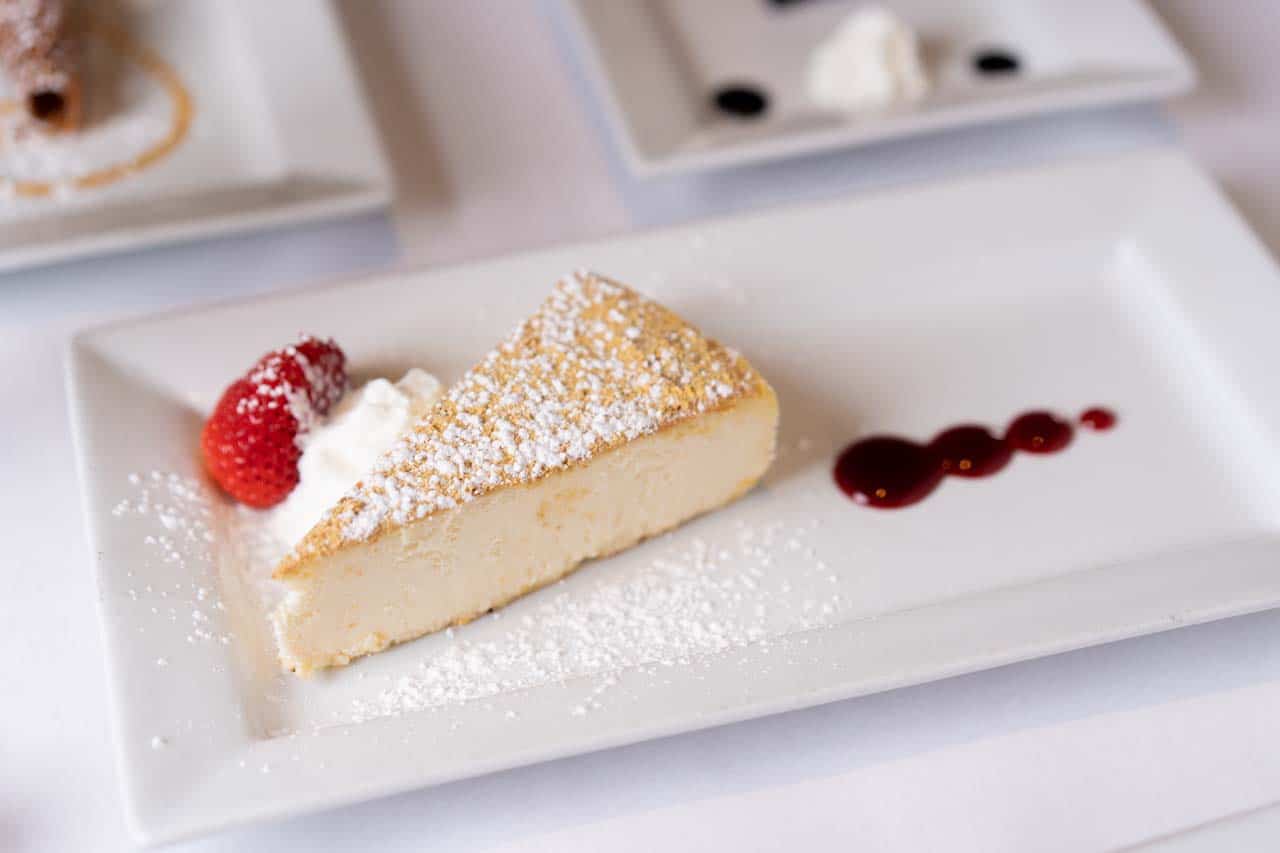 “We made the progression from Brooklyn to Staten Island, so the next natural step was to go to Jersey,” Pernice explained of Aunt Butchie’s newest location, on Route 9 in Marlboro. “We purchased the property and renovated the whole building. A restaurant had been located on the site, so while we still had to rebuild extensively, the bones were there.” 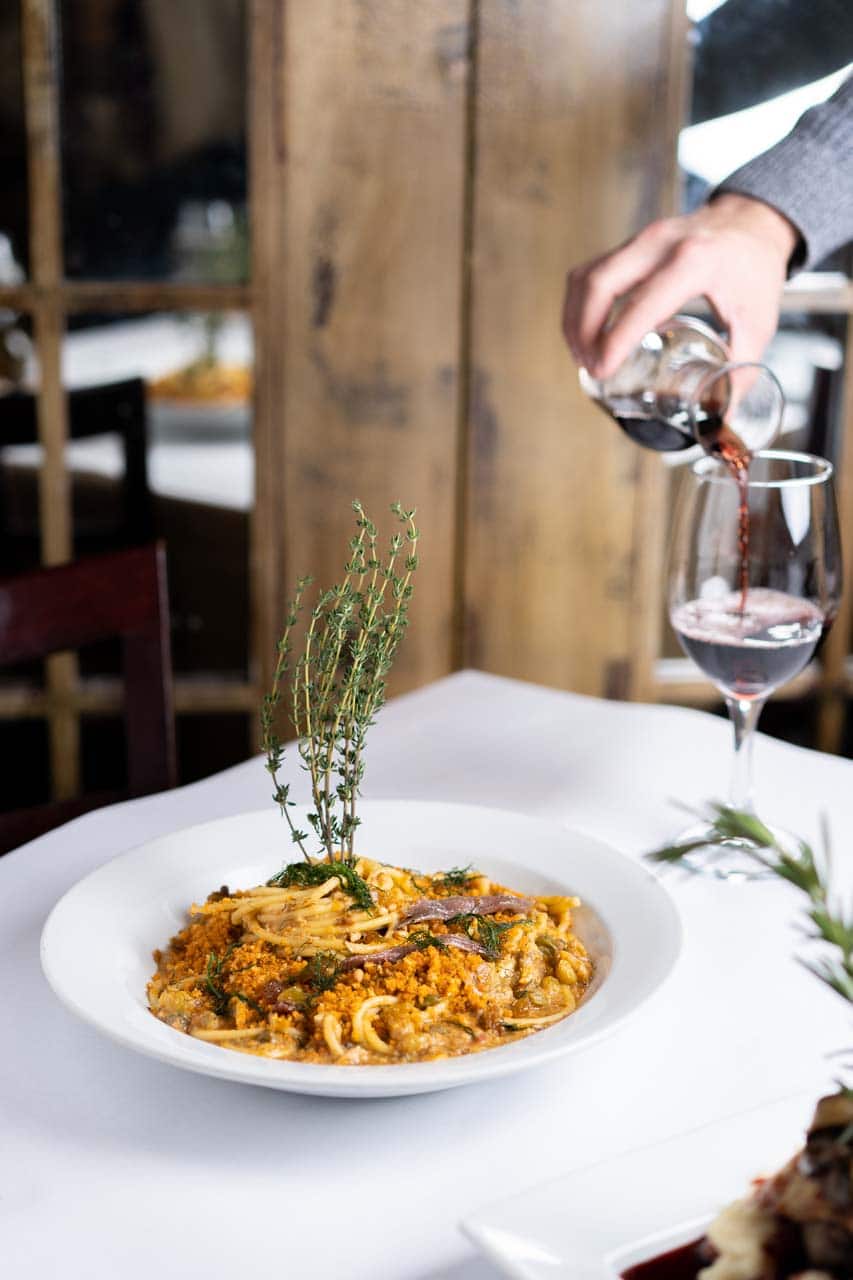 Focusing on the same demographic, the New Jersey location features a similar menu Italian eggrolls, entrees like Chicken Limoncello and Pork Chop Scarpiello, and artisan pizza are the stars with an ambience that incorporates a rustic feel balanced by sleek contemporary elements. And, of course, there are those desserts deep fried cheesecake, cannoli dip, and Nutella pie are among the most popular offerings.

“We’ve had a great response from New Jersey residents over the past year and a half,” Pernice said. “This is a great location, and Brooklyn and Staten Island residents who have moved to Jersey were anticipating us opening. We are beyond excited to share our food and the Aunt Butchie’s experience with a whole new clientele.” 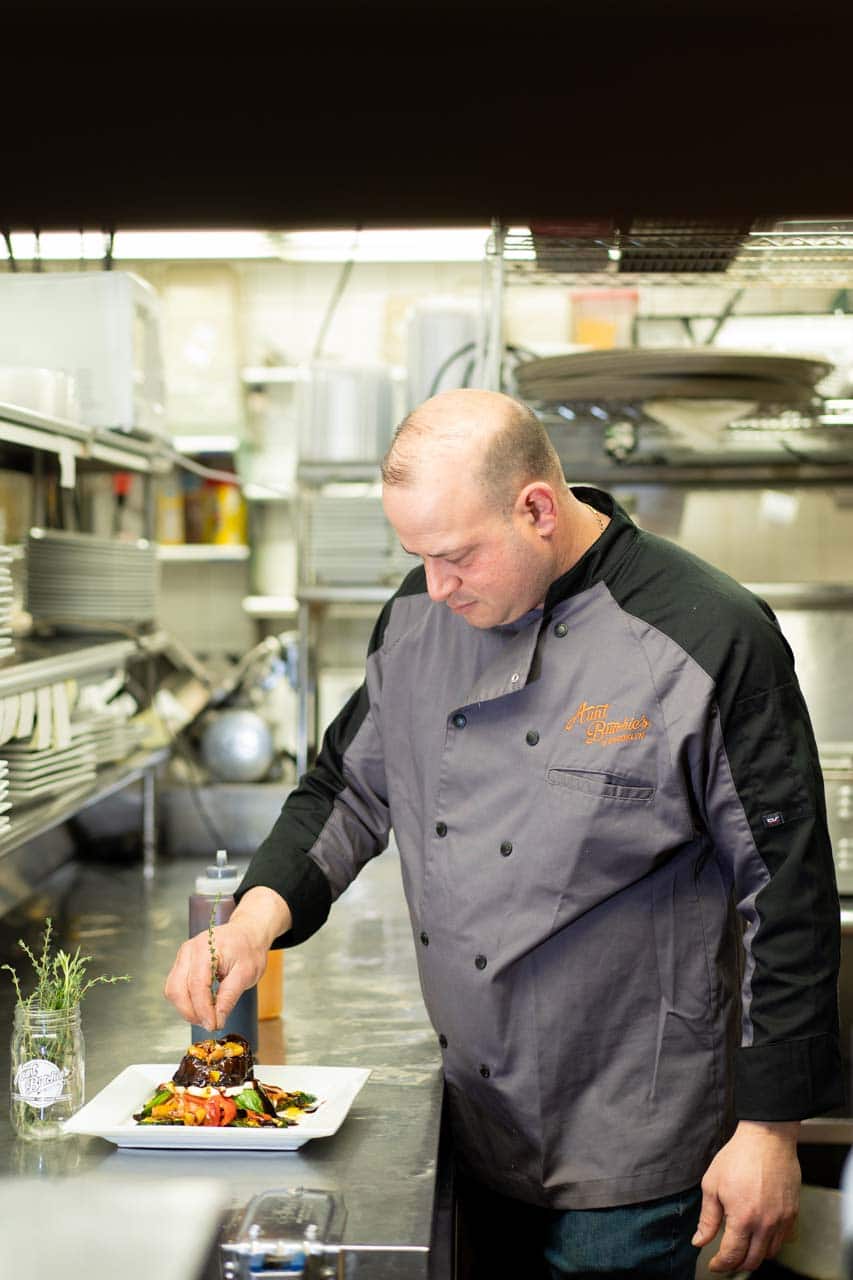 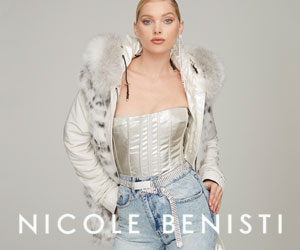 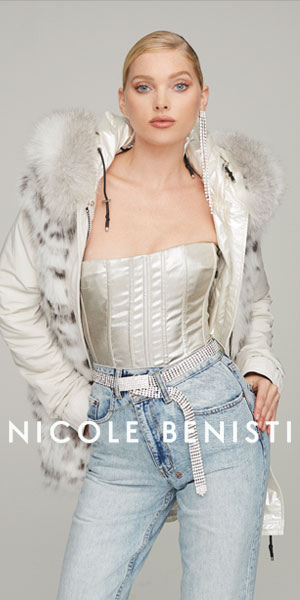