GREAT ART CAN TAKE ONE TO UNEXPECTED PLACES LITERALLY AND FIGURATIVELY

Greg Smith’s 17-year love affair with China, its people, and its art began with an unconventional tourist trip in 2004. The adventure for the art gallery owner and his wife began with popular destinations like Beijing and Shanghai, then veered into an excursion through “Wild China,” a travel program in conjunction with Harvard University that took the pair to extraordinary remote locales from the modern city of Kunming to mountains bordering Vietnam. Along the way, they discovered more than stunning sights. 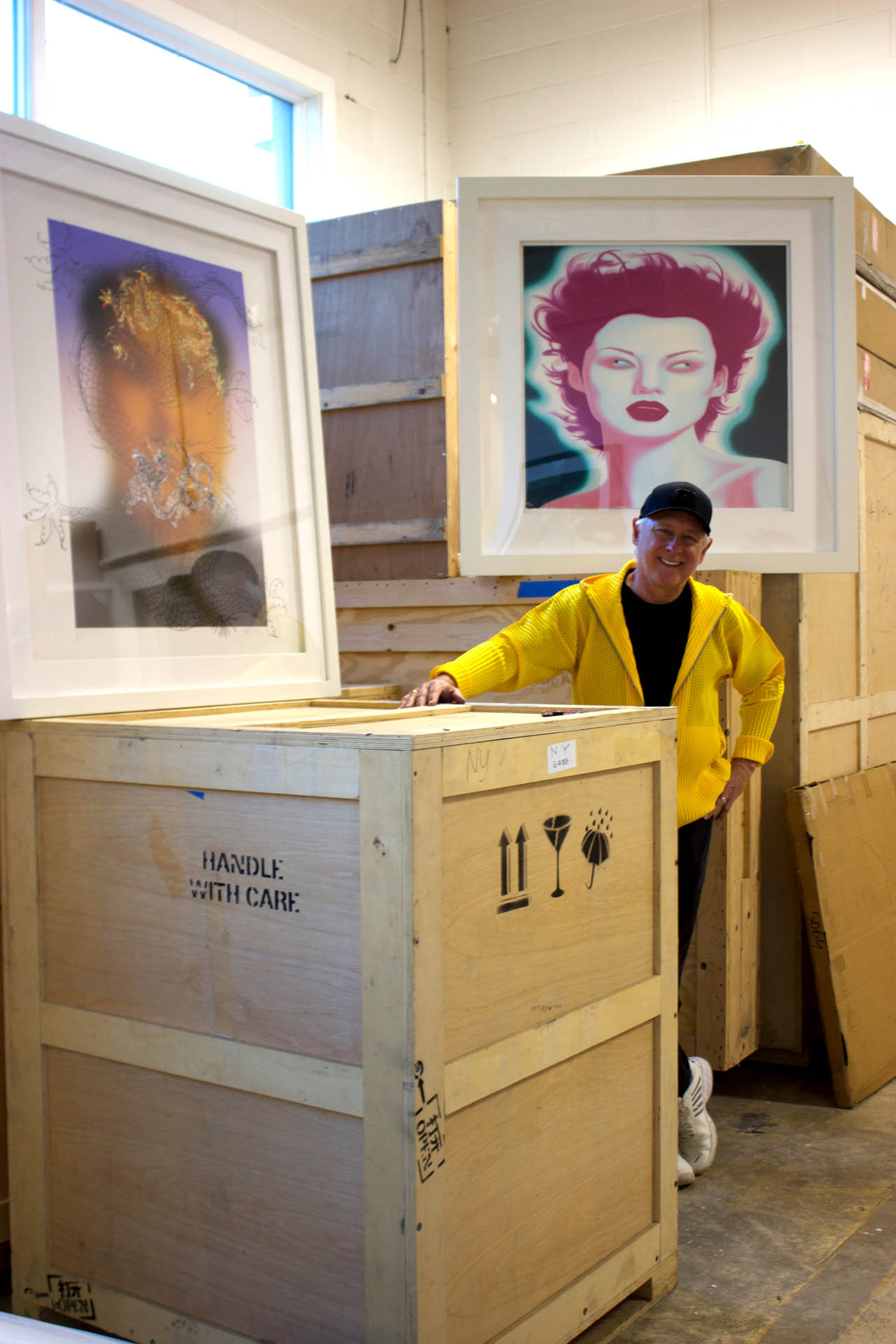 “I tried to absorb the culture and energy of China, but at the time I was so occupied with Russian non-conformist, forbidden art (art produced in the former Soviet Union from 1953 to 1986) and American artists that I was not really in tune with Chinese Contemporary Art (CCA),” Smith reflected. He explained that after President Richard Nixon began America’s reopening to China in 1972, a gradual movement of non-conformist, optimistic art had flourished into a full-blown western friendly movement within China.

After being granted a pre-installation viewing of an auction at Sotheby’s Auction House in New York the following year, Smith began collecting CCA and returned to China, seeking top artists who were interested in creating first class print editions.

“I would travel to a city or visit an artist’s enclave by taking a car well outside the ring roads and come to an artist’s studio down long dirt roads in barely breathable air in the freezing cold under perpetually grey skies to enter a studio constructed of cinderblock and a corrugated metal roof, and perhaps a wild dog or two, and enter to see a $4 million dollar painting on the wall,” he said, still marveling at the experience. “The art that emerged in the late ‘80s and carried through to the new millennium was nothing short of awesome.”

The list of his encounters reads like a who’s who of notable Chinese artists, including Huang Yan, Sui Jianguo, Feng Zhengjie, Yang Qian, Liu Ruowang, the Gao Brothers, Guo Wei, and probably best known to Americans, award-winning artist and activist Ai WeiWei, who Smith calls “one of the sharpest people I’ve ever met.” The experience stood in contrast to China’s Communist government a constant presence, especially since Smith’s pre-art collector background was law and political science.

“The Chinese artists I visited were all gentlemen and women whose work was uniformly highly creative and executed with highly polished techniques as their training was from the best schools.”

“They achieved international fame and exposure through intellectual excellence, bold creativity, and engaging personalities, and achieved stardom for their incisive minds and attention to meaning and technique in their work, as well as their personal courage.”

For Smith, “ e Good China” developed in similar circumstances to what occurred in Russia in the ‘80s, when artists were heavily influenced by three things: exposure to the West, models for technique and success inspired by the Soviet non-conformists, and economic opportunity.

“I don’t have to love the Chinese Communist Party,” he said. “I believe the art from this period will be extremely historically significant. I pray I can return soon to a country whose people I grew to love, but whose leadership needs to admit its wrongs, find a way to compensate the world, and find the courage to change.”

Today Smith is arguably the most prolific publisher of CCA editions in America, an achievement of which he is rightly proud, but he sees a larger purpose to being a conduit between China and art lovers and collectors worldwide. 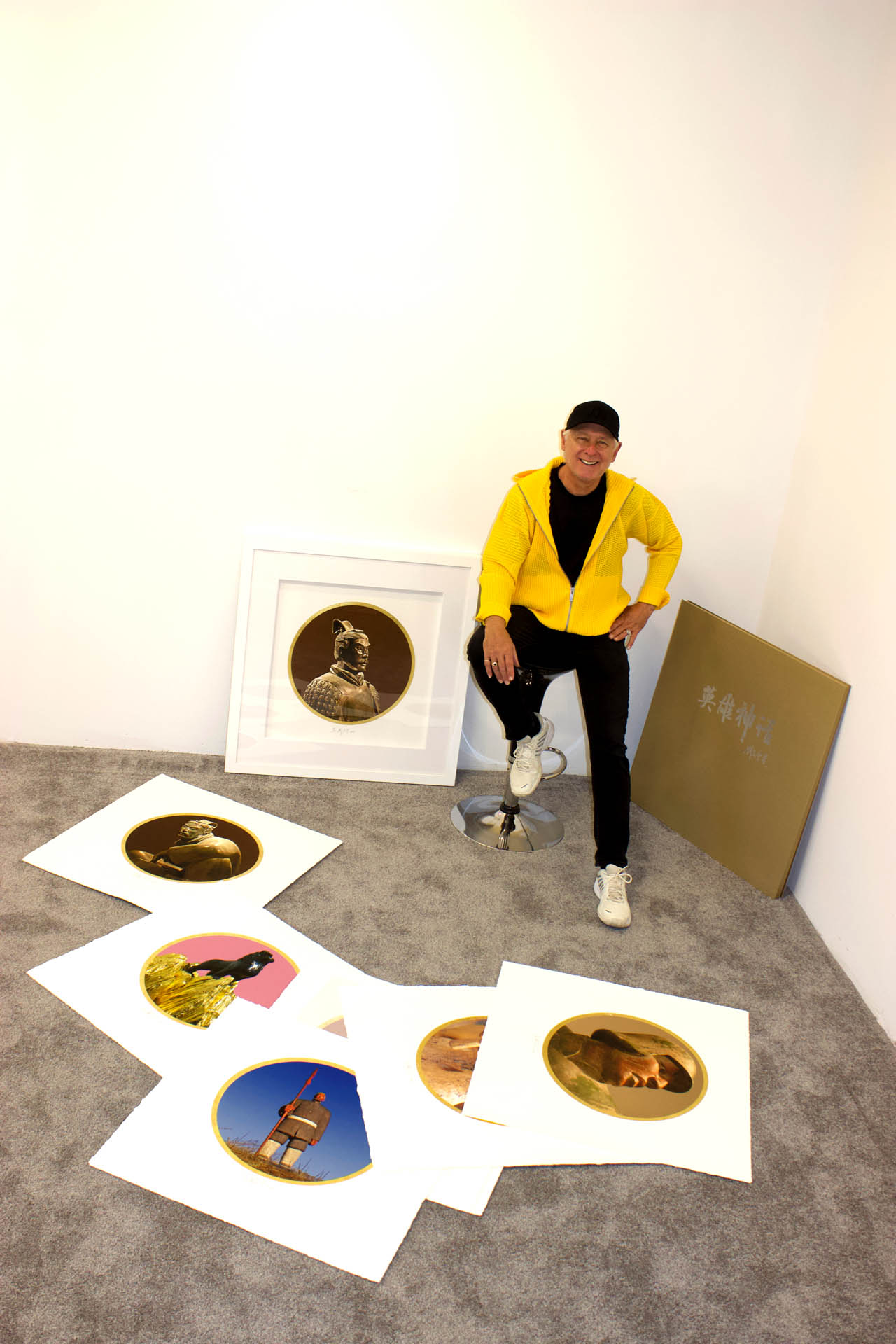 “I see art as a bridge between cultures, ideas, and human respect for universal values, and the aspirations of everyone from any country I’ve met,” he said. “Artists create art whose characteristics speak volumes about these matters, either consciously and purposefully, or unconsciously. All great art achieves this through the response of the viewer through their lens of personal experience, understanding of art history, emotional symmetry, or some other intellectual construct. That is what makes art great. The language is international, but the essence of it all is universal humanity.”