AFTER SUCCESSFULLY BRINGING A NEW URBANISM MODEL TO HOLMDEL, SOMERSET DEVELOPMENT IS LOOKING TO TAKE ITS ACT ON THE ROAD

In 2008, the two million square foot plot of land that formerly housed the historic Bell Labs complex was falling apart…literally. Vacant, overgrown, and decrepit, the property, where the transistor and touch tone telephone were invented, was crumbling, its slow demise gradually erasing the memory of game changing innovations developed there. Many of the residents of surrounding Holmdel saw the abandoned site as a blight, but not Ralph Zucker. When he toured the property, he saw promise. So he purchased it for $27 million. 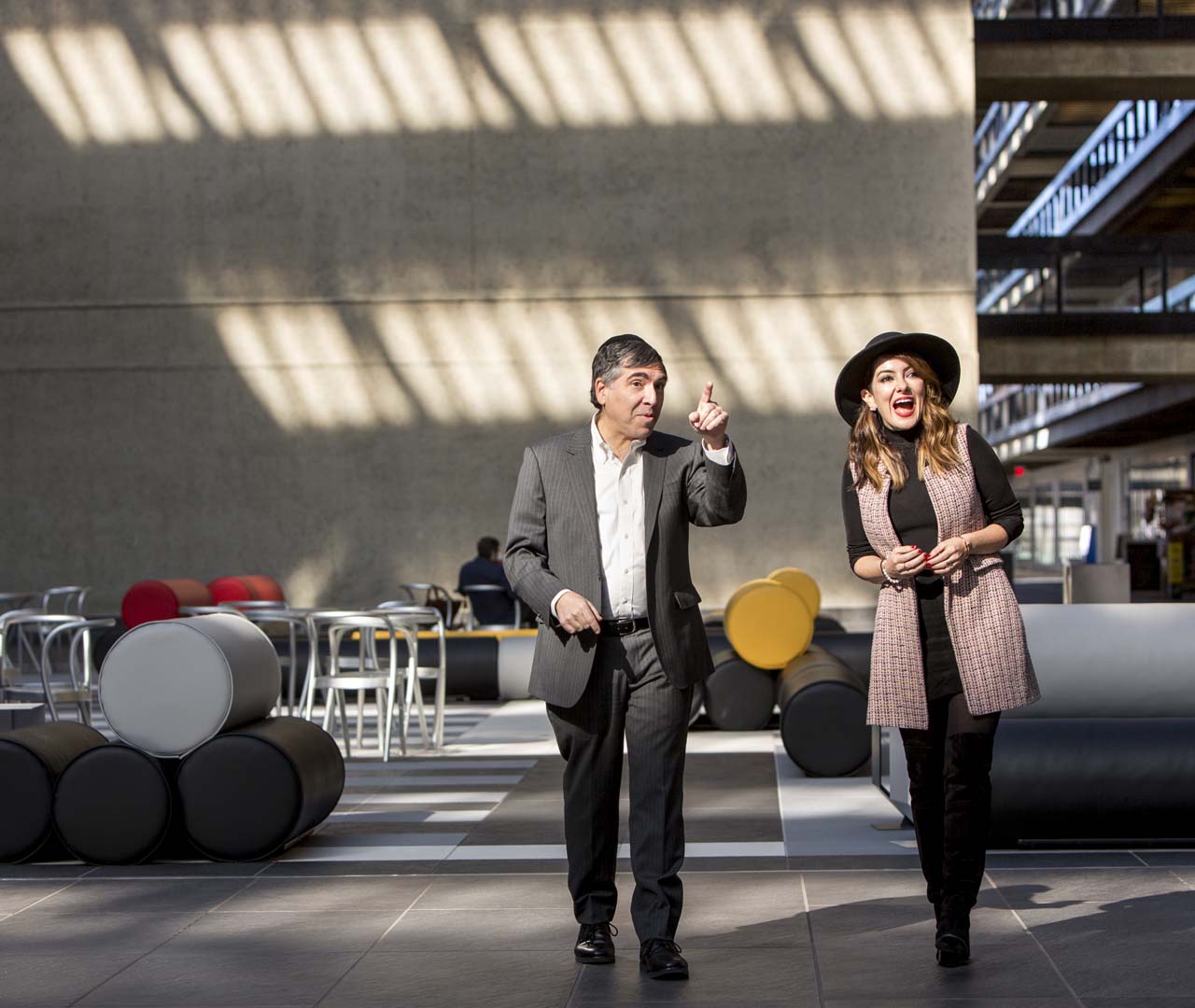 “There were weeds growing up through the atrium, and the entire place was vacant and falling apart. But I saw the potential,” Zucker, president of Somerset Development, noted during a recent interview (seen above with Paola Zamudio, Bell Works’ Creative Director and Lead Designer, and the Founder and Head Designer at NPZ Style + Décor in Manhattan). “I envisioned a pedestrian street right down the middle of the property and office space above. I saw shops and restaurants that were accessible to the public…pictured a library and all kinds of different amenities for people to make use of. I saw an environment that would bring life back into the workplace, not another mind numbing suburban office park where people have to check their personality at the door. I saw a revitalized workspace right in the middle of central New Jersey.”

The concept took five years to perfect. Redevelopment plans had to be filed, zoning had to be reconsidered, and construction had to be approved, but Zucker persisted.

“The community had to learn to trust us,” he said. “Remember, this was zoned for single tenant office space no retail, no hospitality. When we started hashing out plans, there was naturally some resistance.”

But by the middle of 2013, after the property was placed on the National Register of Historic Places and after methodically having every step of planned construction approved by the U.S. National Park Service in Washington, D.C., Bell Works began to take shape. 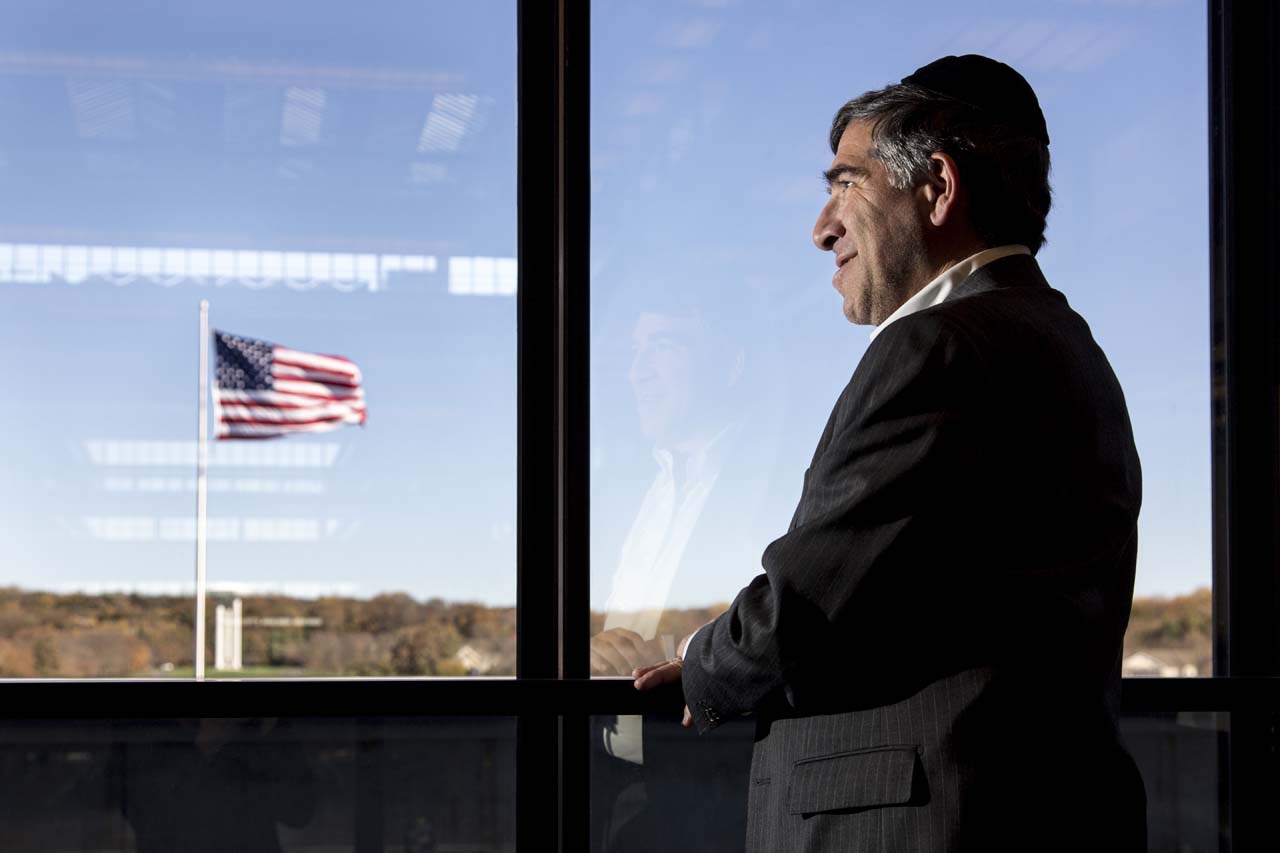 “In 2015, we began to hit our stride,” Zucker said. “We took a different approach to leasing this space; instead of booking an anchor tenant first, we did it incrementally, something I call ‘crawl, walk, run.’ We first leased a 1,200 square foot space and grew from there, nabbing larger tenants in our 2,000, 6,000, 20,000, and then 72,000 square foot spaces. It was a gradual process, but companies started coming from all over. A co working company signed on with 160 members; Guardian Life moved their offices from Midtown Manhattan to occupy 92,000 square feet here. The list simply started to grow.”

Zucker, who grew up in Baltimore and founded Somerset Development in 1992, was quickly emerging as one of the nation’s leading visionaries in redevelopment and adaptive reuse, and the rapid development of the Bell Works project served as the culmination of his “New Urbanism” concept. 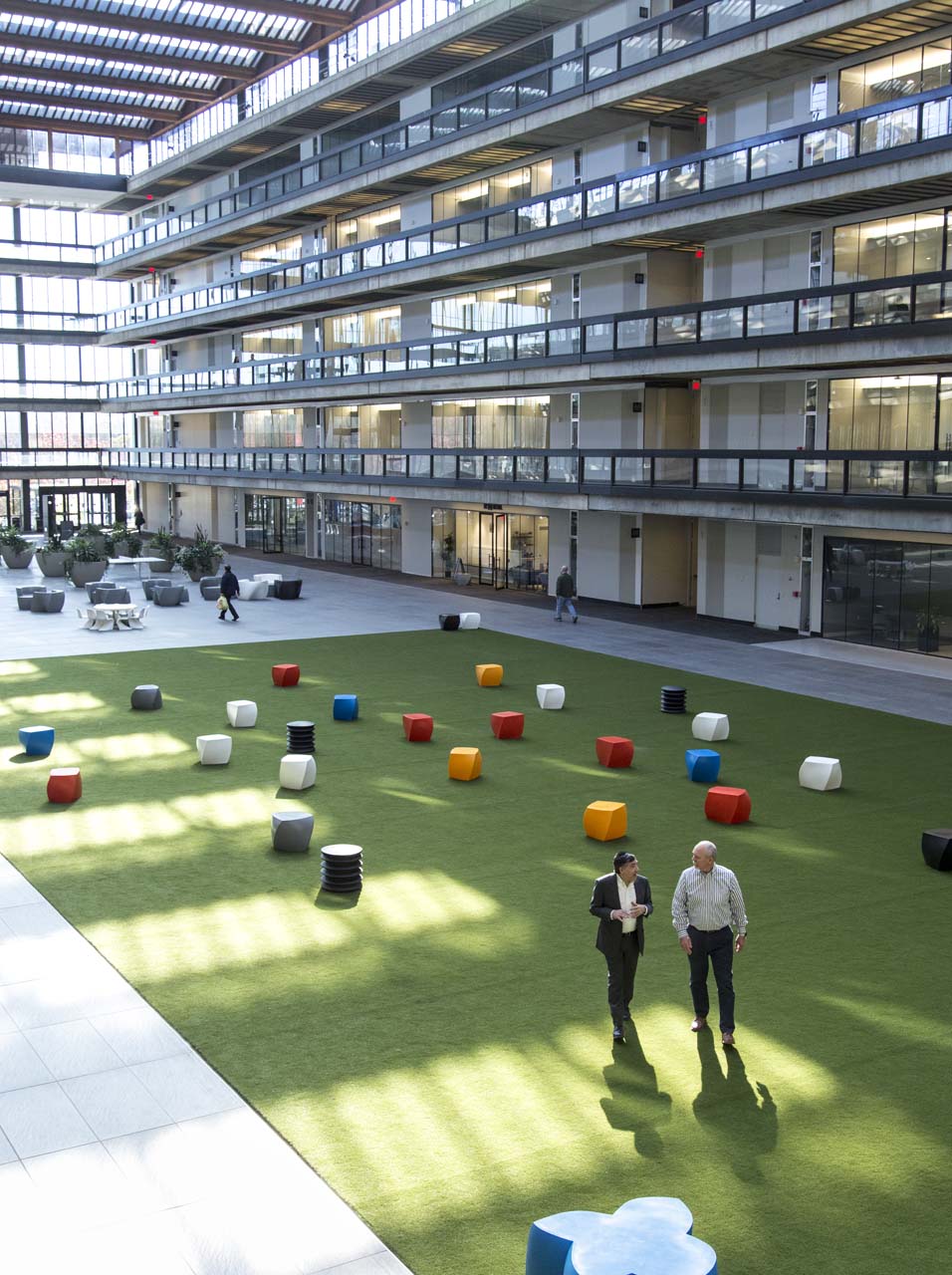 “As a developer, I focused a lot of my time on New Urbanism: creating people centered places, human scale environments that really mirrored the world’s original cities and towns,” Zucker said. “Before the invention of the automobile, we were a more intimate and social people. But then we became auto centric and started designing towns and communities especially in suburbia based on the radius of the largest car or truck on the market. The automobile actually has the biggest entrance to the house…we have three car garages that are bigger than our bedrooms.”
So, Zucker became enamored of walkability: placing shops, restaurants, and other amenities within walking distance of his living spaces and creating sustainable, close knit communities that promote pedestrian friendly “live work play” experiences. With Bell Works, that concept translated into what he refers to as a “metroburb.”

“That is a large scale mixed use building, with great access, office, retail, entertainment, hospitality, residential, health, wellness, fitness everything you would find in a metropolis but in a great suburban location,” he explained. “If you build it, you will have more demand than you can possibly supply.”

At Bell Works, that idea has already proved successful. Sometimes referred to as the Google campus of New Jersey, the site is home to such tenants as Onyx Equities,

Edward Jones, LightRiver Software, and Jersey Central Power & Light. It includes a main ball room that’s already booked for weddings through 2020, and the Holmdel Library and a Montessori school have been open for some time. There’s a sprawling food court, several boutiques, and a hair salon. A 186 room hotel is scheduled to open within the year.

“We’ve given people back hours of their lives,” said Zucker. “They no longer have to commute to Brooklyn and Manhattan. And we’ve given the community a great Main Street to visit. Kids come here to do their homework after school, we host soccer games here a few times a week. It really is this great hub of activity, both day and night.” 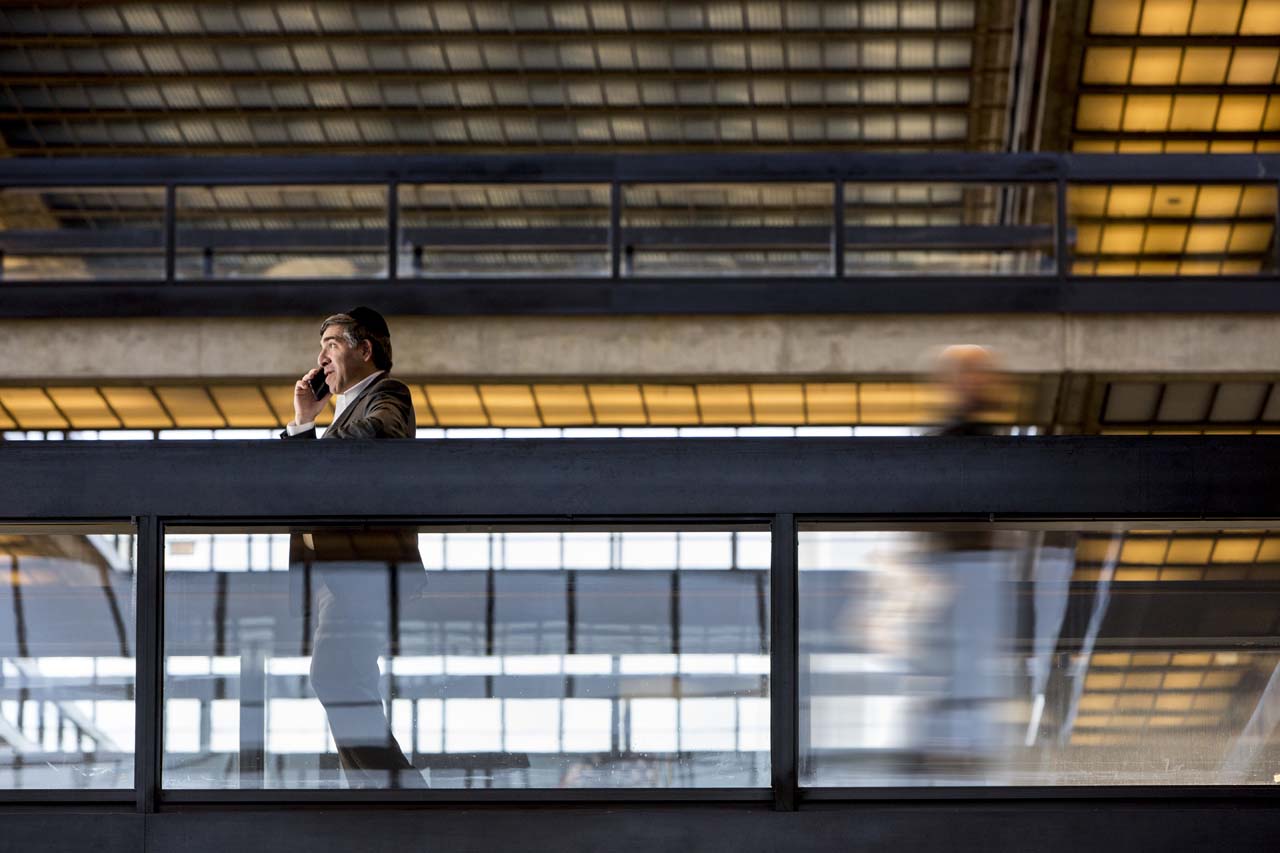 Zucker’s success in New Jersey has positioned the company to pursue this same idea in other cities.

“Bell Works New Jersey is wrapping up,” he said. “We’re in the punch list phase, adding the finishing touches and securing the last 5 to 10 percent of vacant retail space. So now we’re taking the idea on the road, starting a Bell Works Chicagoland in Hoffman Estates, Illinois.”

There, Somerset Development has already started to transform a 150 acre property, the former AT&T corporate campus, which has been vacant since 2016. The approximately $200 million redevelopment plan will create a similar walkable, downtown style centerpiece, complete with 1.2 million square feet of office space, 60,000 square feet of conference facilities, storage, and amenities, and 60,000 square feet of restaurant and retail space. 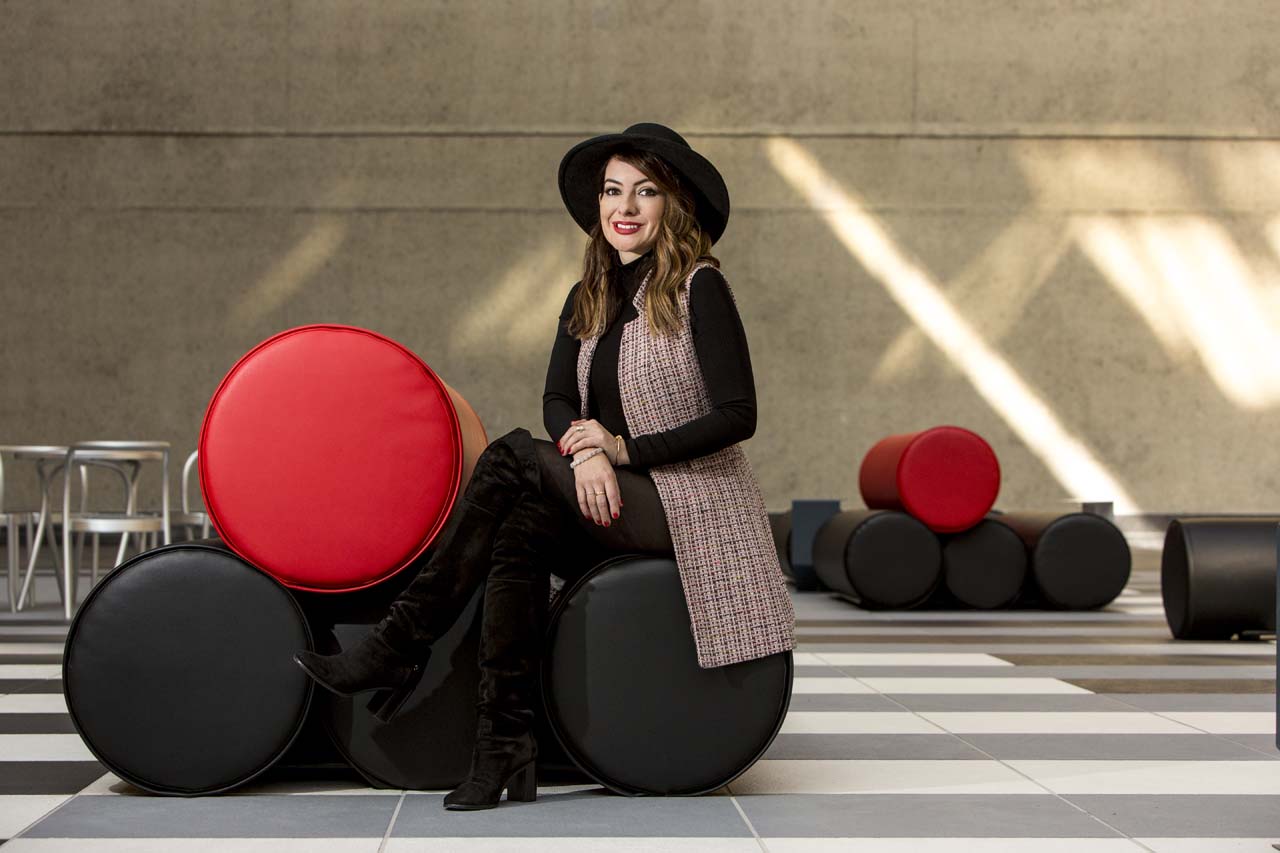 “Demolition has already started,” Zucker said. “I estimate it will take about five years to complete,” adding that the end result will be life changing for Chicago. “You have to experience it to appreciate it. It’s an incredibly vibrant place where you can buy coffee, get together for lunch, have a drink on the roof deck, or wander through a farmers’ market. We brought a people centered environment back to New Jersey, and we hope to continue that same effort in cities throughout the country.”