When Curt Huegel dined at Campagnola for the first time in 1992, he was immediately smitten with the locally famous New York City eatery. 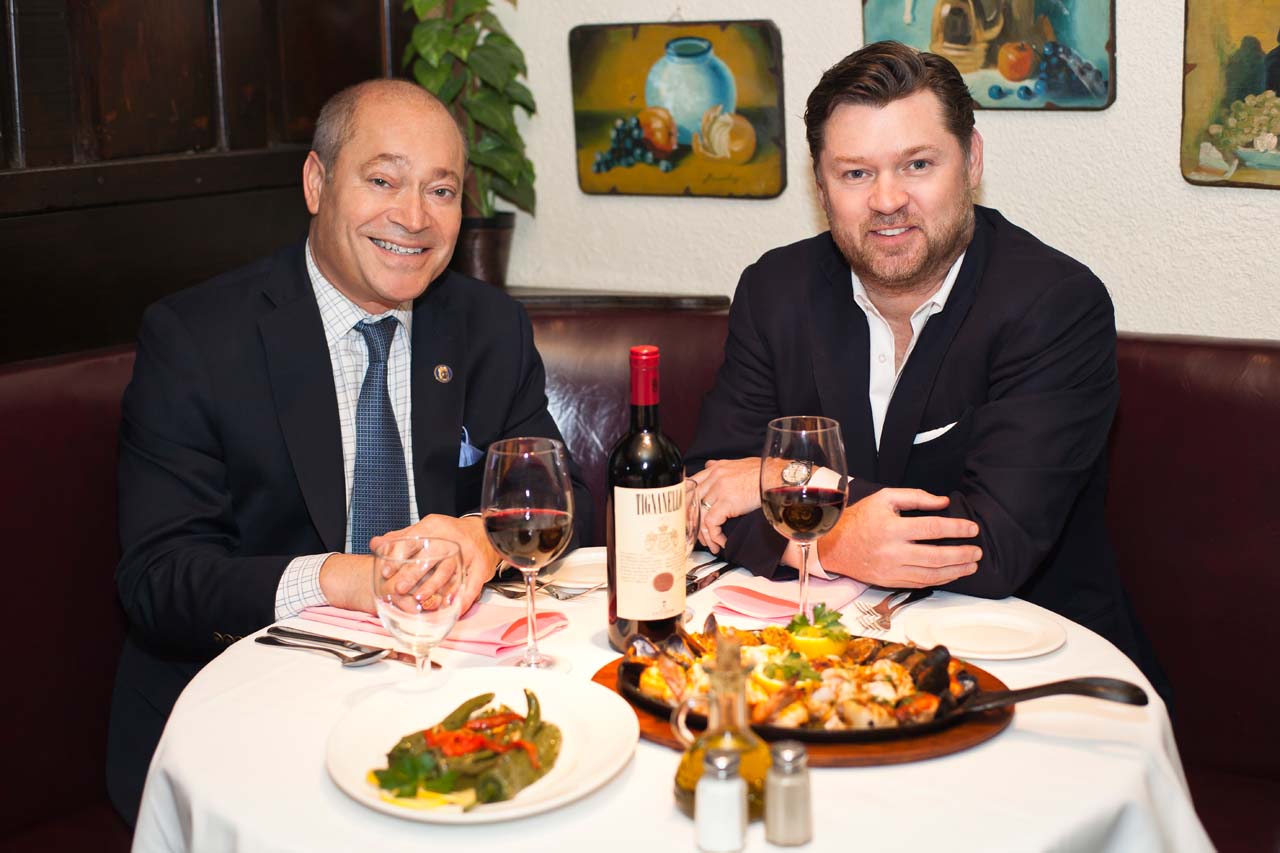 “As a customer, I loved it—it was a great combination of restaurant and clubhouse where you could always count on a great meal and great interaction. It was a place where all kinds of people met up as equals. You had your Wall Street types, your Upper East Side regulars, even scores of celebrities walking through those doors over the years. And here, in this small dining room, they sat elbow to elbow, enjoying great food and good company, all on one level playing field.”

With its old-school charm and authentic countryside Italian cuisine, the First Avenue landmark, now celebrating its 34th year in business, served as a home to sports heroes, police commissioners, actors, and neighborhood regulars from the day it opened in 1982. Owned by Murray Wilson, a Bronx-born restaurateur and boxing manager, the hot spot maintained a steady stream of illustrious customers—all of whom came out to see and be seen but stayed for the orecchiette— for more than two decades 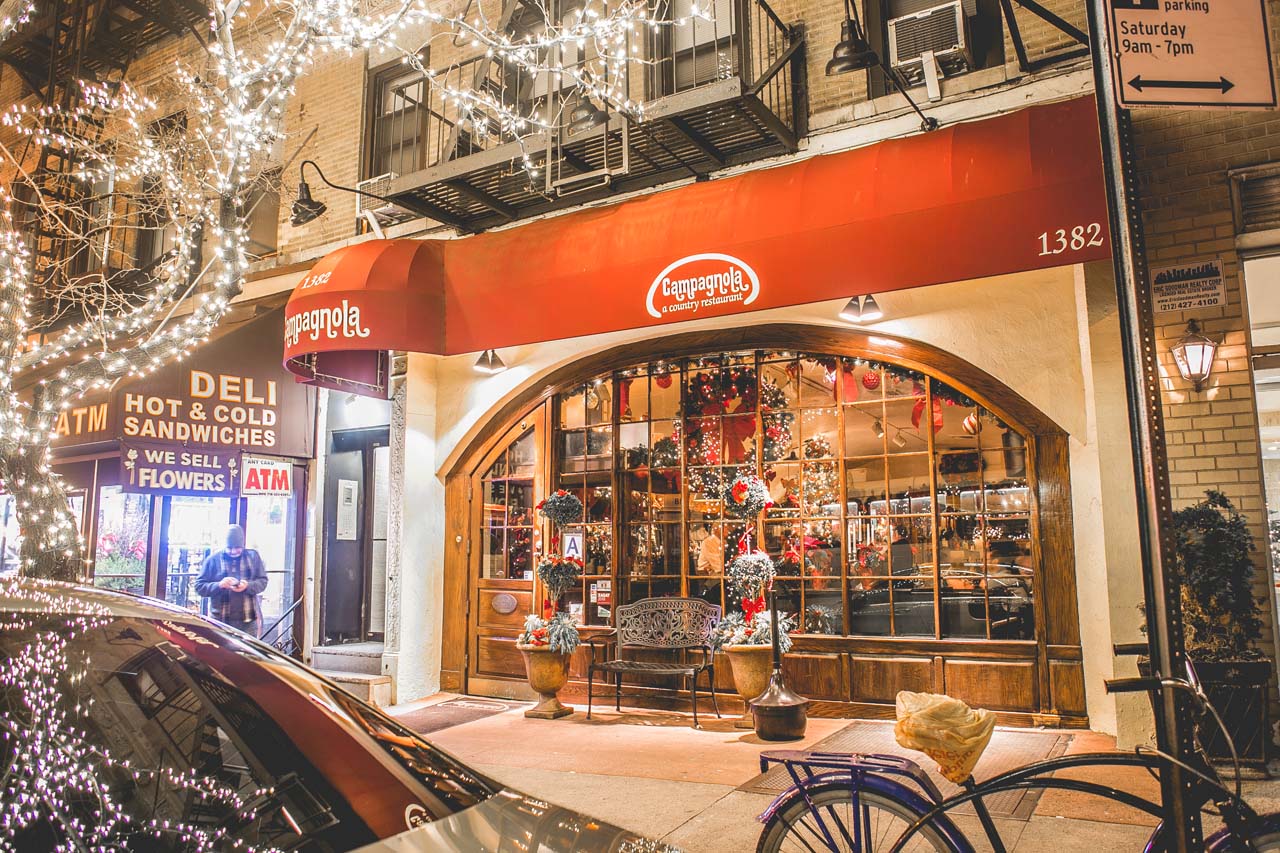 When Wilson died suddenly in 2010, the business was acquired by his daughter, Lori, who managed it for a few years before deciding to sell. Huegel, a serial restaurateur who by then had two decades of hospitality experience under his belt, jumped at the chance. 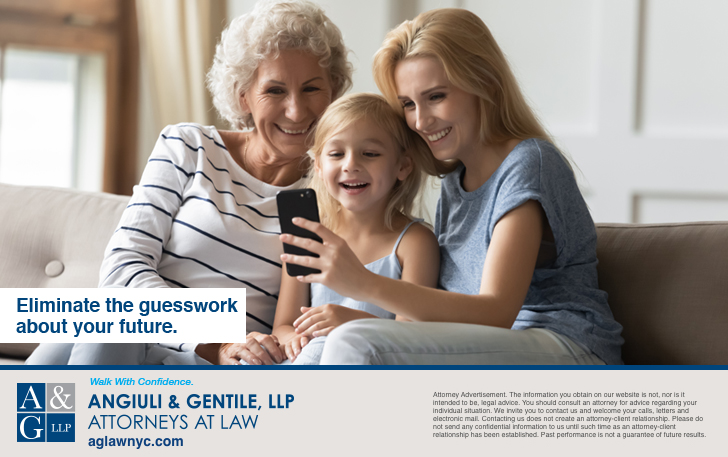 “When the opportunity to buy Campagnola came around, I knew from the start that I wanted to keep it exactly the same,” Huegel said. “After Murray died, the restaurant lost some of its luster. It was through no fault of his daughter; she simply wasn’t in the business. So, it was my goal to restore Campagnola to its glory days. But any changes I made were extremely subtle.” 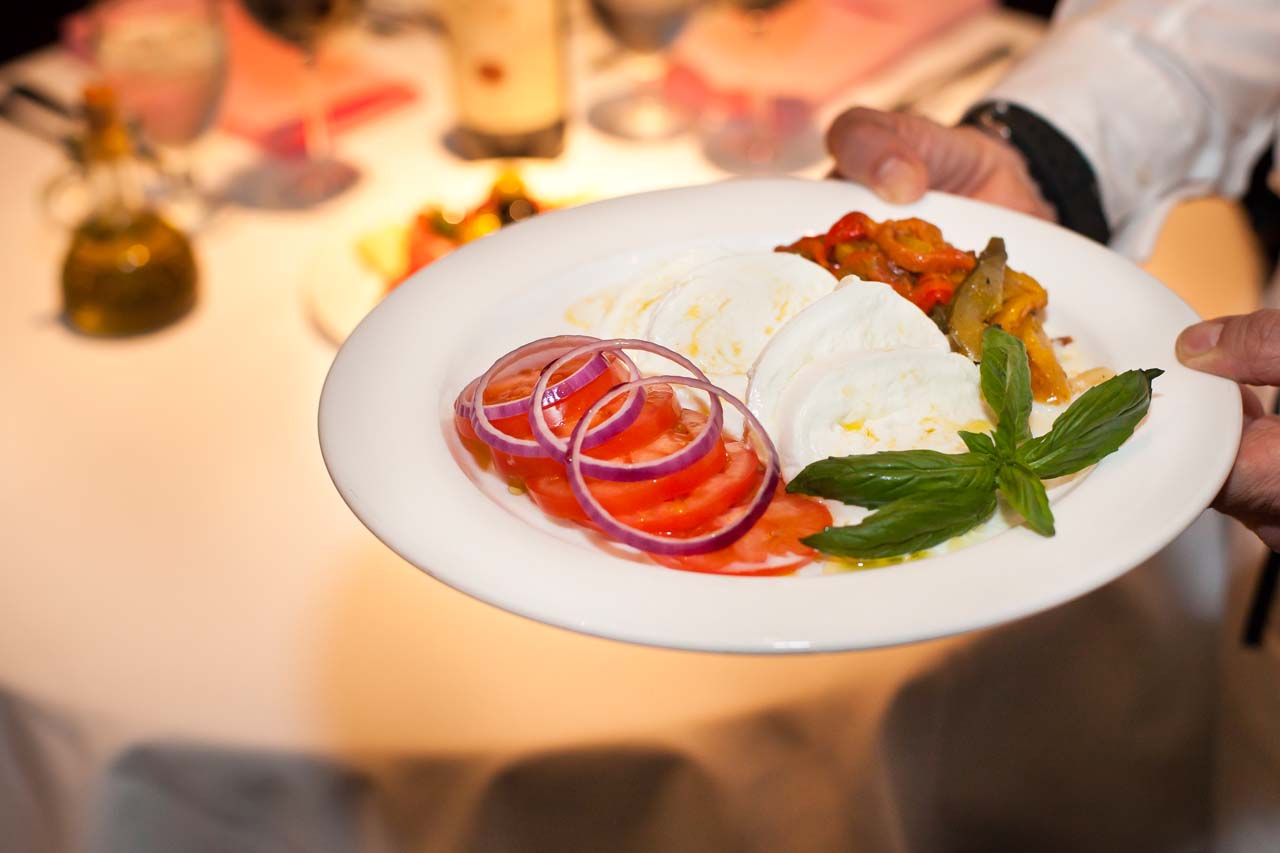 Huegel, who started in the industry by managing a dive bar called The Mill, began dabbling in city restaurants in 2000, conceiving a number of concepts, such as Rebar, Dakota Bar and Grill, and Local Seasonal Grill. He was later instrumental in the expansion of the quick-serve restaurant
Lenny’s, taking the chain from two to 14 stores.

In 2009, he became a founding principal in LDV Hospitality, a nationally recognized firm responsible for creating brands like Scarpetta, American Cut, Lugo Coffee, Dolce Italian, and Corso Coffee. Under the leadership of Huegel and Chef Scott Conant, LDV expanded globally and partnered with celebrity chefs including Alain Allegretti and Marc Forgione.

“With LDV, we opened 26 restaurants around the country,” Huegel said. “We owned a lot of big-box locations all over the world, but it got to a point where the business had become more about the brand and less about the restaurants. It was just not what I wanted out of my restaurants, so I sold my part of the company three years ago.” 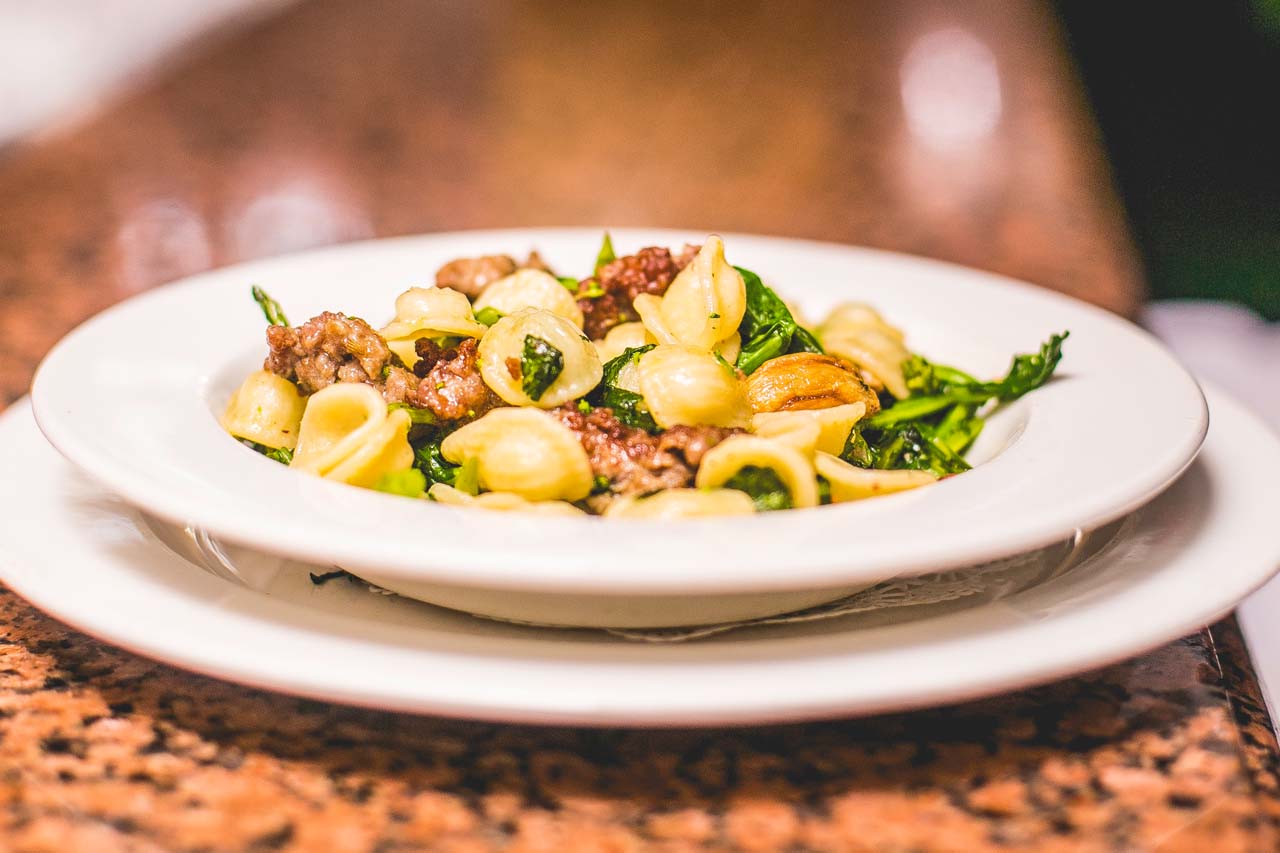 As part of his goal to shift the focus back to quality and tradition, Huegel purchased Campagnola in 2014.

“We didn’t let anyone go, we didn’t bring in an outside team,” Huegel said of his efforts to maintain the place’s age-old charm. “The staff was full of loyal employees who had been there for 30 years. They’re still there today, because they’re what make the restaurant tick.”

In addition to keeping on dozens of staff members, Huegel made a particular point of retaining Campagnola’s charm: The restaurant’s rustic furnishings stayed, too, as did the Sinatra-playing pianist. Most important, of course, was the hearty fare, including classic pastas and scallopinis, served with ample amounts of fresh Parmesan. 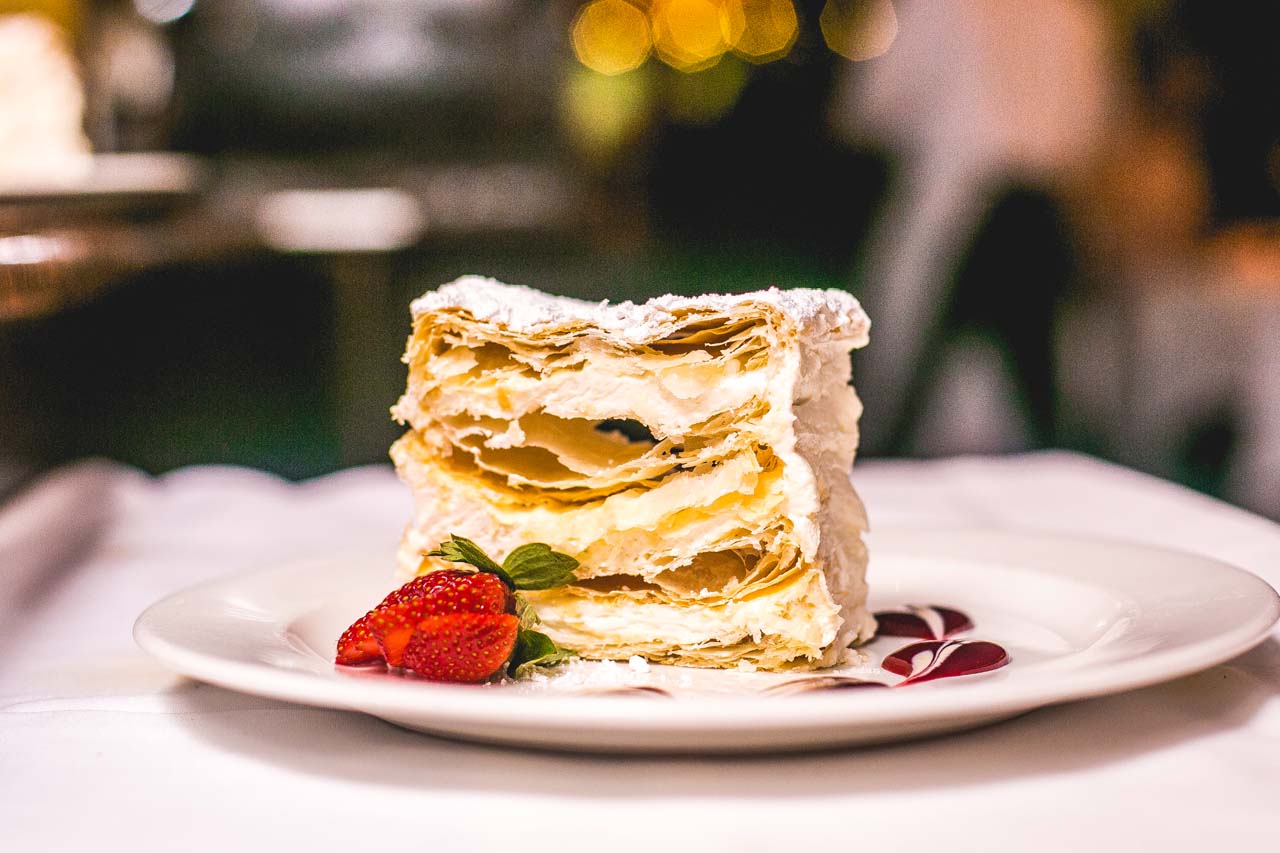 “After three decades, Campagnola is an institution in this neighborhood, and serves as a second home to many customers,” noted Frank DeNigris, the restaurant’s longtime host, who is better known to Campagnola patrons as “Frankie D.”

DeNigris, who started working at Campagnola as a waiter 32 years ago— before becoming captain and then host—is essentially the face of the business, and he makes it his mission to help both new and returning customers navigate its fine dining experiences. 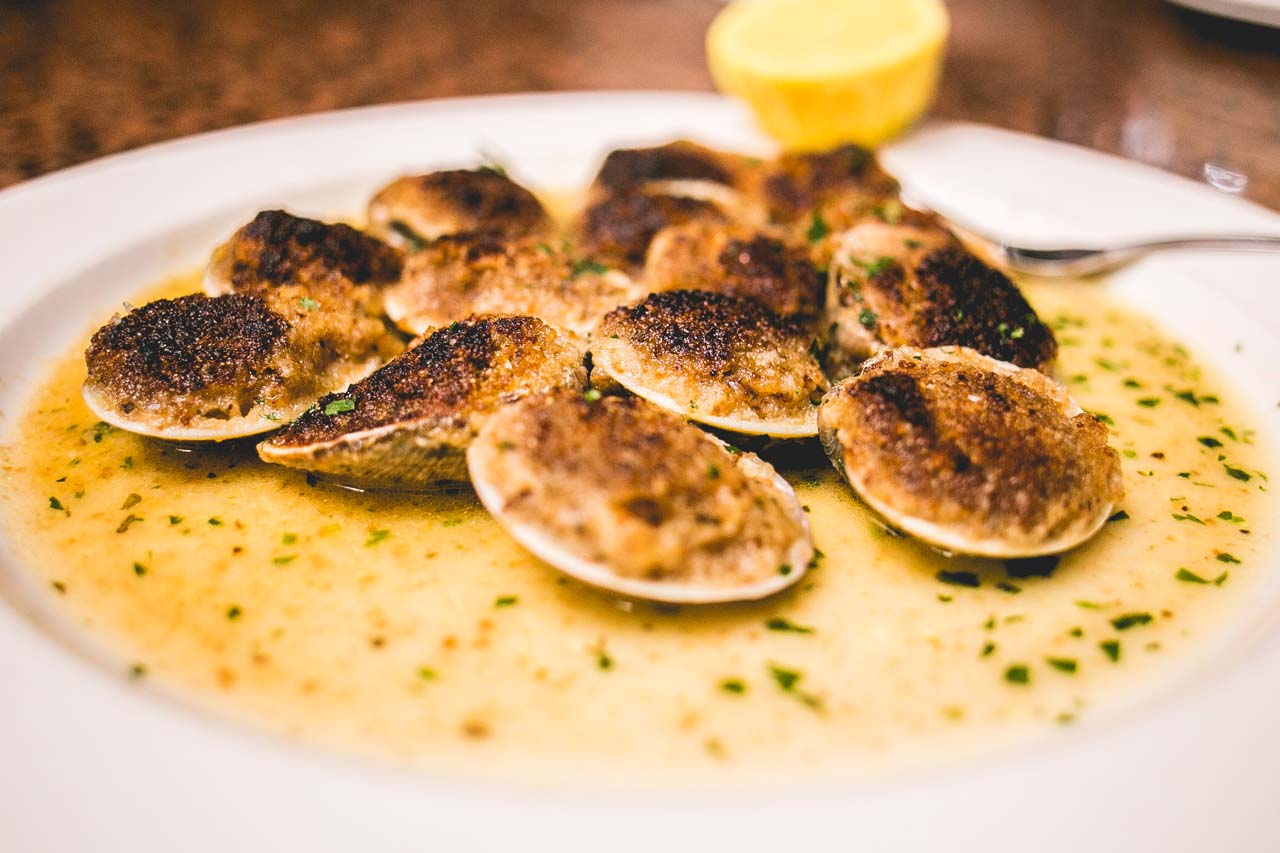 “On a daily basis, we serve a variety of customers that range from neighborhood residents to international businesspeople who schedule a business dinner before they even check into their hotels,” DeNigris said. “The sports figures and movie stars like it here, too, because it’s a quiet atmosphere where they can just be left alone.”

And of course there’s the food, including old-fashioned pots holding large portions of osso buco, tasting bowls of exotic pastas, a bone-in veal chop Parmesan, and an authentic Italian bouillabaisse, which can be pre-ordered when making a reservation. The side dishes—tasty vegetables, which can be steamed or creamed—have their own following, and the shredded golden potato pancakes are a Campagnola trademark. 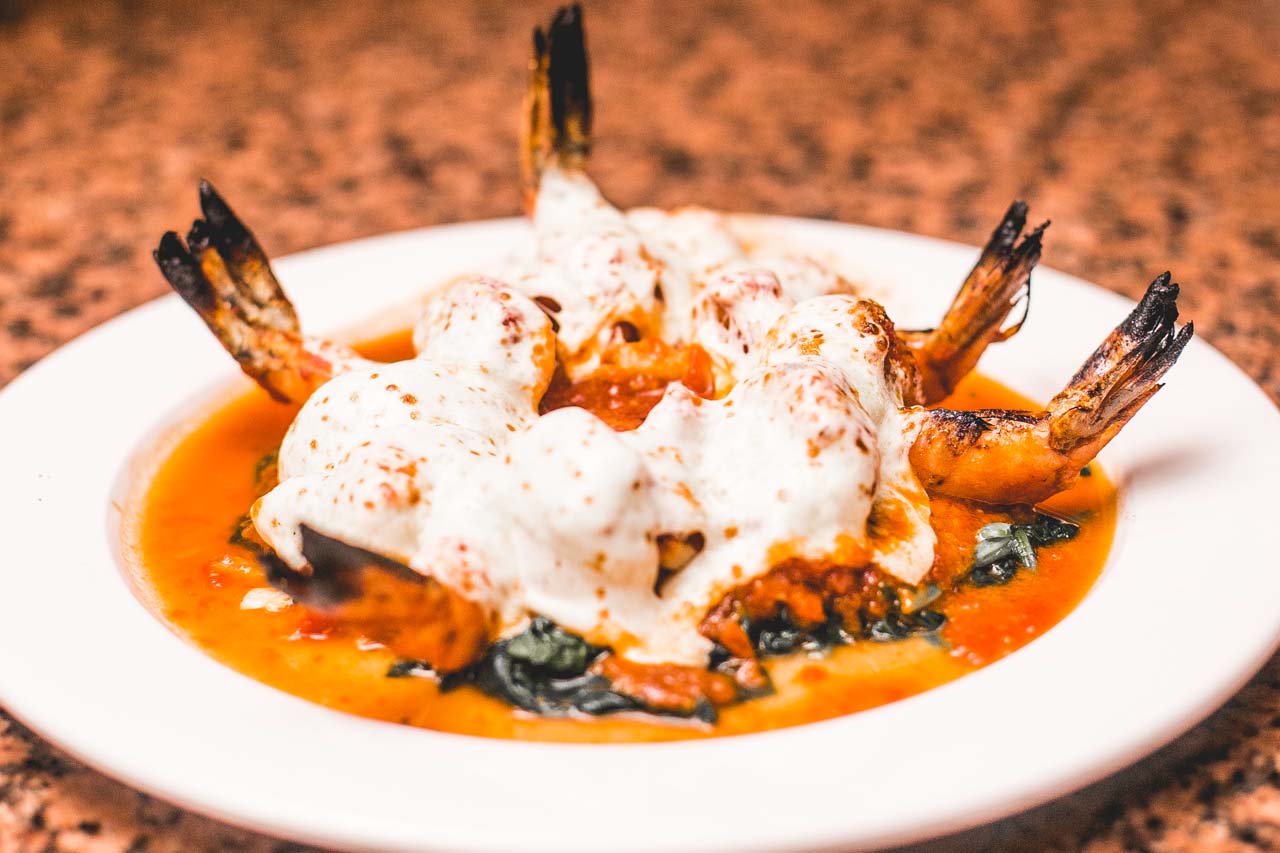 “Our oldest dish is the Chicken Scarpariello with roasted potatoes; our fish is simple, coated in flour and seasoned with lemon,” DeNigris said. “And people always come back for the chicken Parmesan.”

The restaurant is also known throughout the city for serving a generous slab of Porterhouse, prepared in a Tuscan skillet.

“People laugh because we’re an Italian restaurant that serves this perfectly aged beef from a master purveyor, and we do it better than some of the city’s top steakhouses,” DeNigris said. “It’s our biggest order, and we serve hundreds of those plates every week.”

The specials, which vary daily, are displayed tableside on a chalkboard so diners can see all the details.

“So many of our customers don’t even look at the menu; they tell me their occasion and leave the ordering up to me,” DeNigris said. “There’s a comfort there because they are already so familiar with our food.” 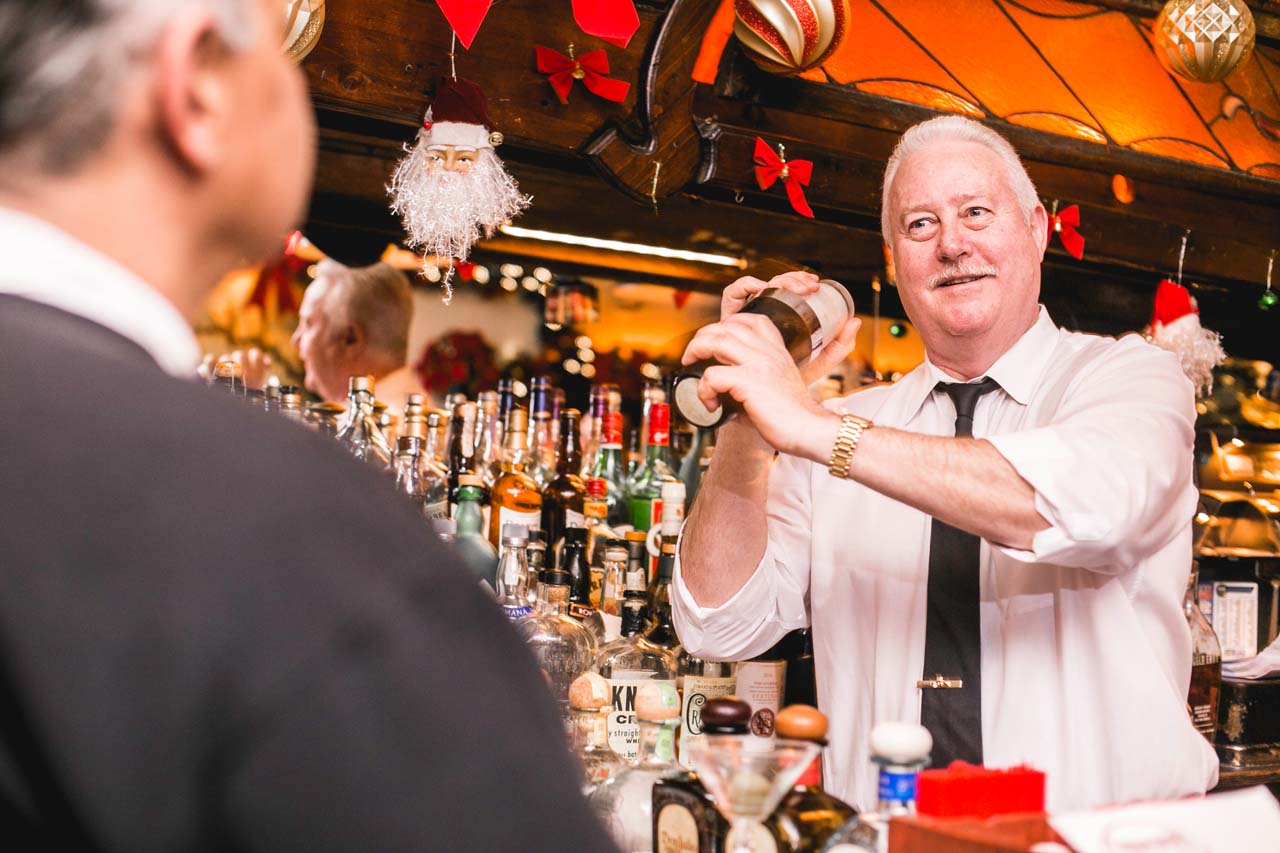 And that, according to Huegel, is why Campagnola has survived for so long.

“We have lived through all of the dining trends, surviving mbecause of steady quality…and great red sauce,” Huegel said with a smile. “We don’t do crudo or pork belly, because why try to be something that you’re not? My feeling about the restaurant business in general is that there is always a place for tradition and quality. And that’s exactly what this place provides. If I would have tried to turn it into something different, it would have failed.”

What Huegel did do was change up some of the vendors, increasing quality and freshness in the process. And, instead of trying to forcibly recreate nostalgia, he simply let it recreate itself.

“This restaurant has been around so long, it needs no revival,” he concluded. “The best way to honor Campagnola’s past is to just allow it to continue as it always has. Serving up good food and good conversation was what attracted patrons in the past. And that’s what continues to attract them today.” 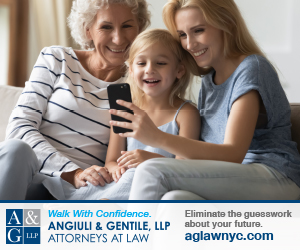 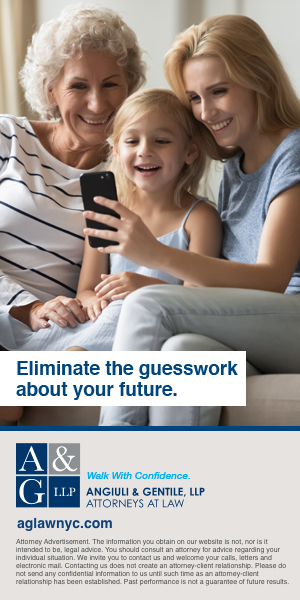