After discovering part of the world’s oldest subway tunnel next to their bar, a couple turned this incredible found space into a tribute to French royal tastes

Marie Antoinette was actually among the third generation of monarchs to inhabit the royal apartments of Versailles—the first being Queen Maria Theresa (Louis XIV’s wife), then Marie Leszczyńska, and finally the infamous spouse of Louis XVI. Unlike her predecessors, who outfitted their living spaces to be less ostentatious than the King’s chambers, Marie, true to historical reputation, made efforts to make hers spectacular, and at considerable expense. 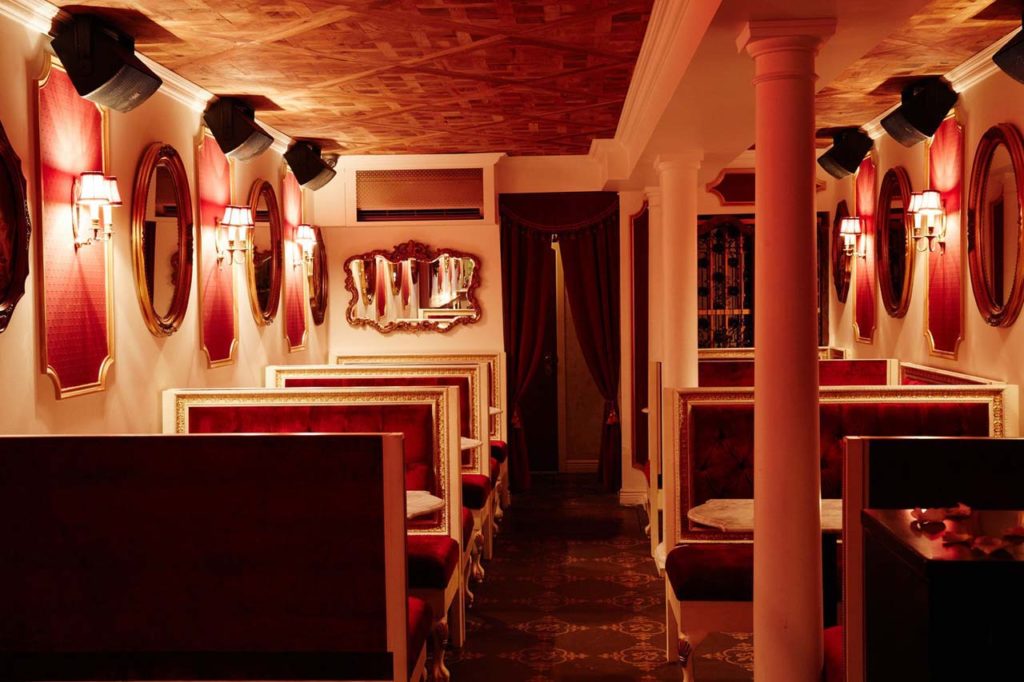 When Patricia Ageheim and Tarek Debira (the married ownership team of Chez Moi in Brooklyn Heights) decided to take a renovation sledgehammer to their new joint’s walls (after a few drinks, reportedly) and accidentally discovered part of the Atlantic Avenue tunnel, they knew they had a unique design opportunity on their hands, and decided to get French. What was once a small section of the world’s oldest subway tunnel, built in 1844, was reconceived in glorious Rococo style, and became a singular part of Boudoir, the couple’s cocktail bar in Brooklyn Heights.

The main area is intimate and beautifully lit, with a lovely little bar seating area and quiet conversation nooks, but it’s this discovered antechamber that is simply a must-see, accessible through a door disguised as a bookshelf, then down a flight of stairs. There, custom-made banquettes in red velvet and other decorations paying tribute to Antoinette’s bedroom are the perfect backdrop for beverage director Franky Marshall’s cocktails, one of our favorites being—true to the royal tradition— the Dauphin (absinthe, chile liqueur, almond milk, coconut, and cacao nibs). 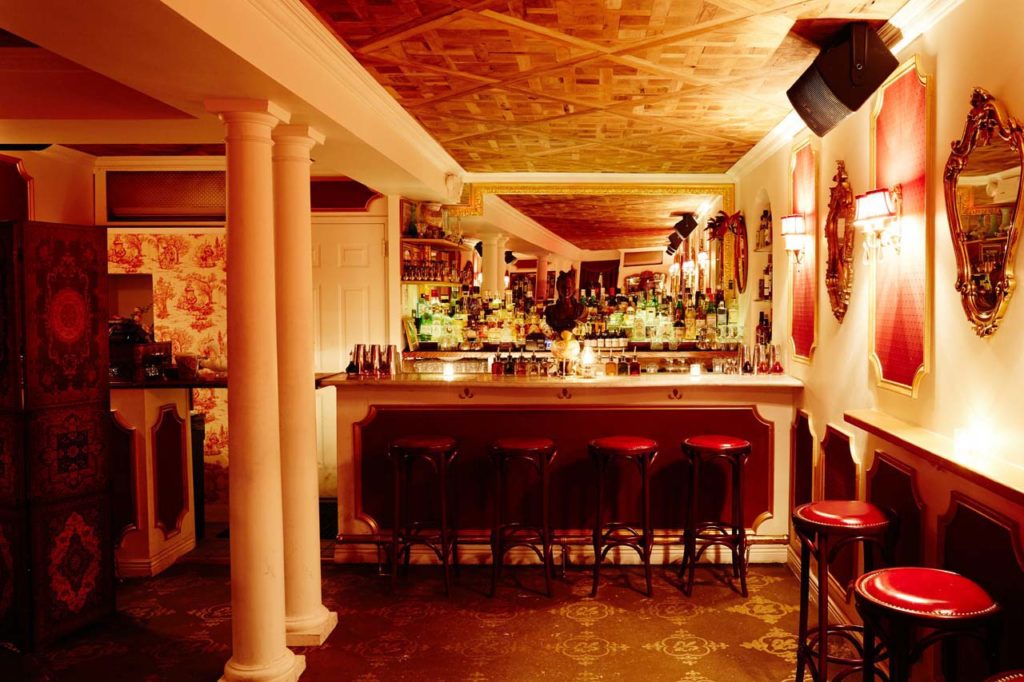 Live music is featured every Monday, usually of an appropriately intimate nature, with recent performers including Simona Premazzi and Pablo Menares (on piano and bass, respectively) and Aaron Johnson and Iftha Kary (saxophone and piano).