A 46 YEAR OLD EUROPEAN STYLE BRAND WITH AN APPETITE FOR BOTH SUCCESS AND ECOLOGICAL SUSTAINABILITY TAKES AIM AT THE U.S. AND CANADA MARKET PLACES

Originating in Germany in 1973, Marc Cain has quietly evolved from a small European atelier to a global brand focused on the future of sustainable women’s fashion. The launch of a pop up store at Miami’s Brickell City Centre in September is just the latest example of what Stephen Belfer, managing director of Marc Cain USA and Canada, expects will be a seamless transition into the U.S. market. 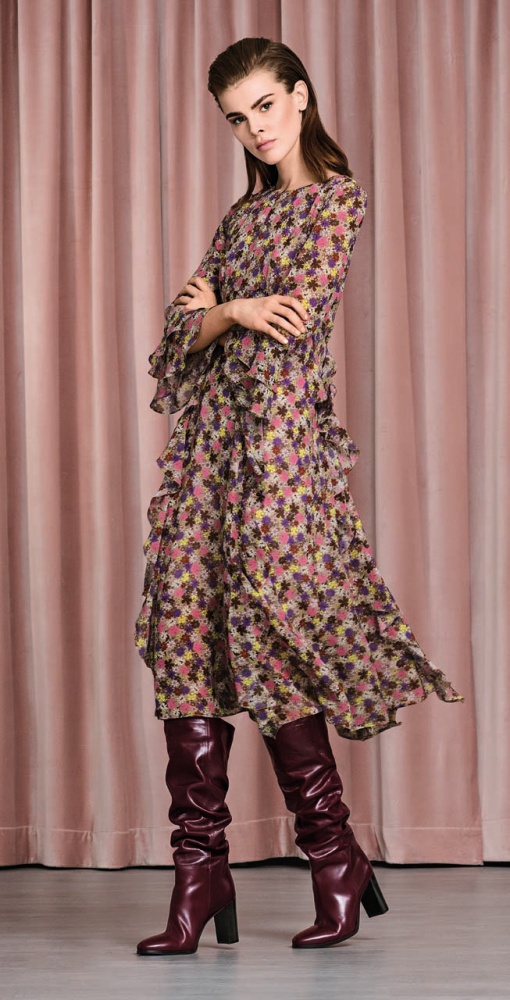 Five years ago, Belfer oversaw the expansion into the Canadian sector, which proved to be a success. In an interview, he said that he feels optimistic about reaching American consumers, too, and so the company has brought stores to the Westfield Garden State Plaza in Paramus and to White Plains, New York, along with another in King of Prussia, Pennsylvania. “The modern American woman is looking for a luxury shopping destination to cater to her busy lifestyle, from A to Z,” Belfer observed. “From the gym, to the office, to cocktail hour. So, we’ve strategically chosen to open in luxury shopping destinations.” Such accessibility, he feels certain, will complement a busy working woman’s schedule, adding that, “due to the global presence of the brand, a lot of U.S. customers already know of Marc Cain from their travels.” 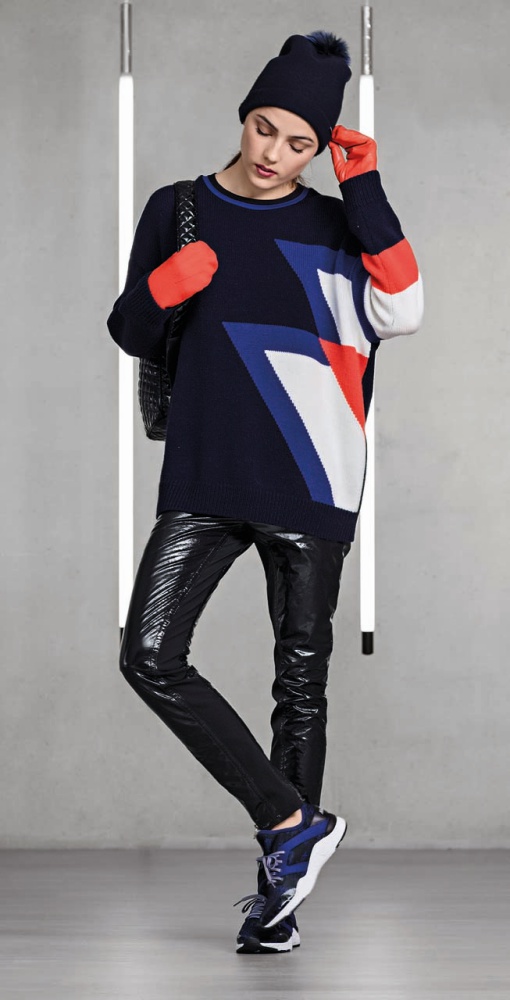 There is a lot to desire about the label, known for its eclectic and worldly styles. With a simultaneous commitment to aesthetics and ecology, it appeals, Belfer explained, to a particular type of modern woman, one whose love of style equals her environmental concerns, and whose politics are woven into her aesthetic. Bold and unapologetic, such a woman refuses to remain complicit in harmful practices in the name of fashion. 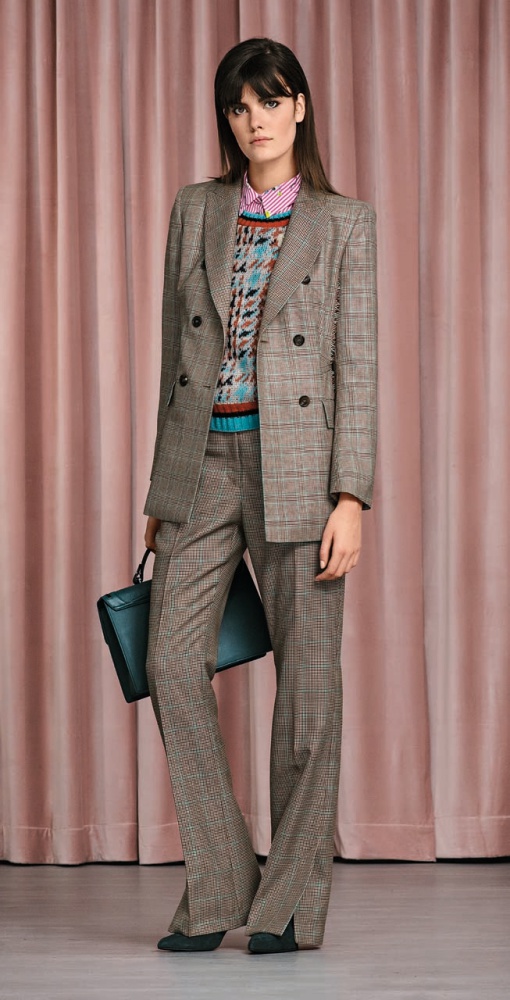 The company’s production house, for example, harnesses excess energy in a process known as “heat recovery,” which recycles condensation and conserves heating costs. Reusable plastic crates are used to store products, and its logistics building runs on a photovoltaic (solar generated electricity) system. All are examples, the managing director said, of what can happen “when people are valued over profit when sociological dynamism is paired with timeless fashion.”
The trend toward European style ateliers is becoming increasingly prevalent in the American market, in part due to a collective frustration with consumerist culture and an increased awareness of the harms of fly by night production.

“The shift we are currently experiencing is due to a demand for sustainable, high quality, and innovative garments,” Belfer said. “I think it really comes down to the quality over quantity mindset, which we are trying to bring to North America,” adding that, for all the relative financial success of the modern. 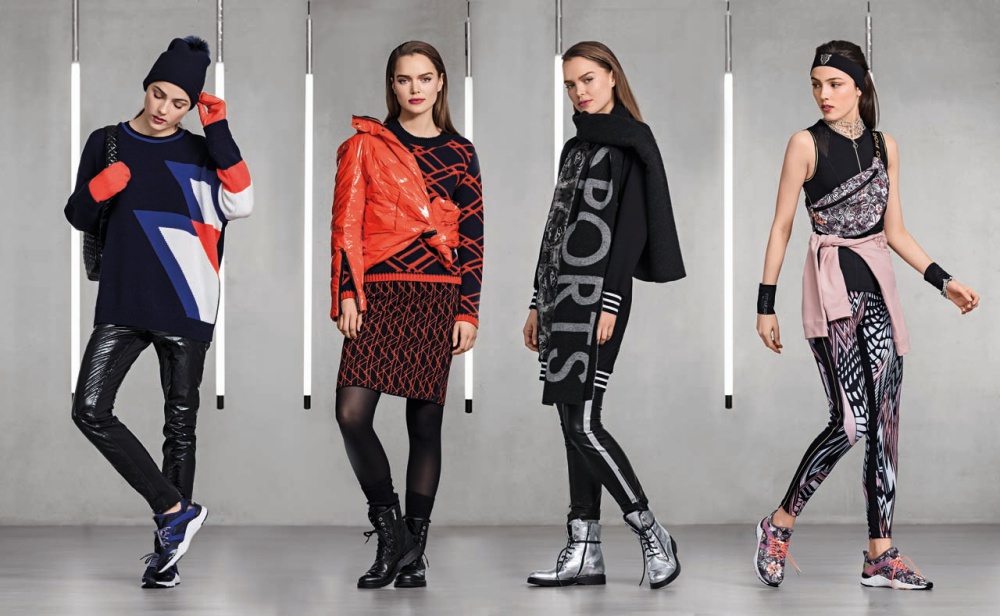 American woman, an abiding sense of style remains pivotal. Women on these shores, he said, have exhausted themselves trying to keep up with short lived trends, and have lost the individuality and confidence European women take for granted.

“Due to the influence of ‘fast fashion,’ women will spend more to switch up their style every season to keep up with the trends,” added Belfer. “Europeans tend to spend on key statement pieces and accessories, which stay in their closet and remain relevant ten years from now. This is the case for our clientele.”

Client loyalty is highly important to the brand; though its clothing is tailored to last “literally decades,” consumers keep buying. 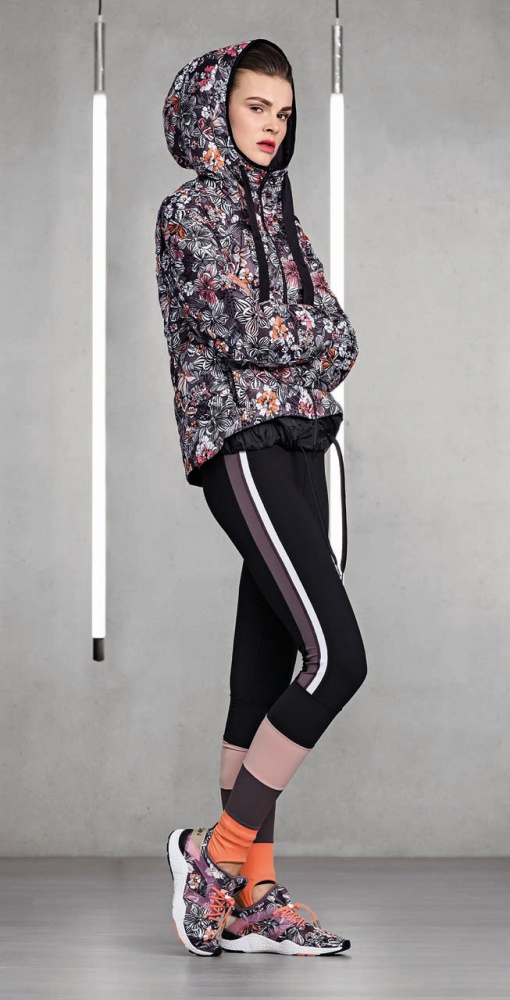 As Creative Director Karin Veit steps down from her position this year, ushering in a new era, several offshoot brands have helped to diversify clientele. In addition to luxury statement pieces, handbags, and shoes, Marc Cain recently launched a Fit wear line in response to the growing athleisure trend. In 2017 came Marc Cain Beauty and three new signature fragrances, and plans are in motion for branded sunglasses, an exclusive charity, and celebrity endorsements.
At the moment, company focus is on maintaining quality as the American expansion evolves. A glimpse behind the scenes at the flat knitting production plant in Bodelshausen, Germany, or a visit to any of the label’s dedicated stores throughout the world, quickly conveys this fascination.

But, in an era of overexposure, how does a company with such high standards hold itself accountable?

“Digitalization has influenced the fashion industry significantly over the last decade,” said Belfer. “Agreements and the ability to fulfill requests have become faster. This means there is extremely high transparency, as one can get all the data one needs with two clicks of a button.” The result is increased flexibility and innovation, along with faster reaction times.

The label has harnessed technology in other positive ways. Currently, Marc Cain is a leader in 3-D knit & wear processes, thanks to its state of the art flat knitting machines, which enable garments to be printed in house. 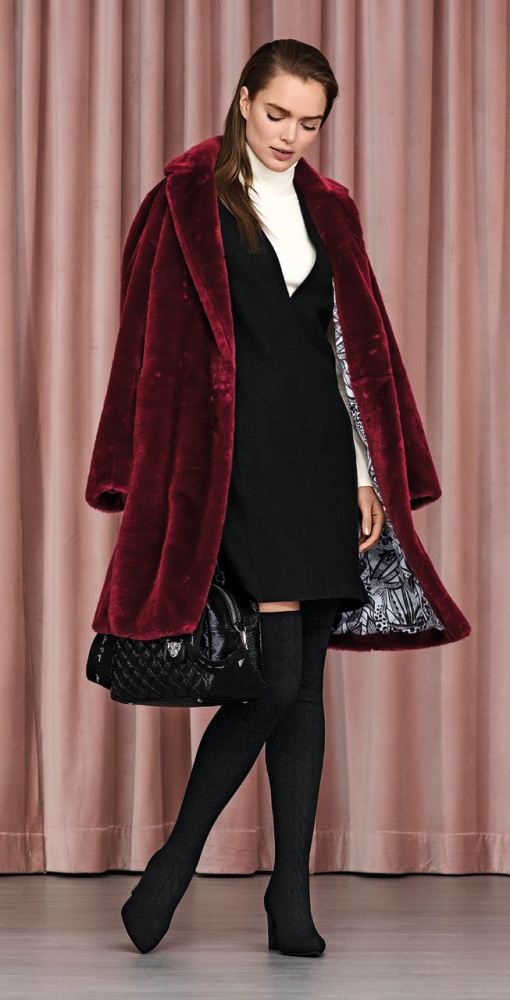 “The benefits of this machine are obvious,” said Belfer. “The production lead time is much shorter and it is possible to react faster to trends, as well as create them. Due to the fact that the products do not need to be transported to sewing factories, time as well as energy is saved and the environment is protected.” 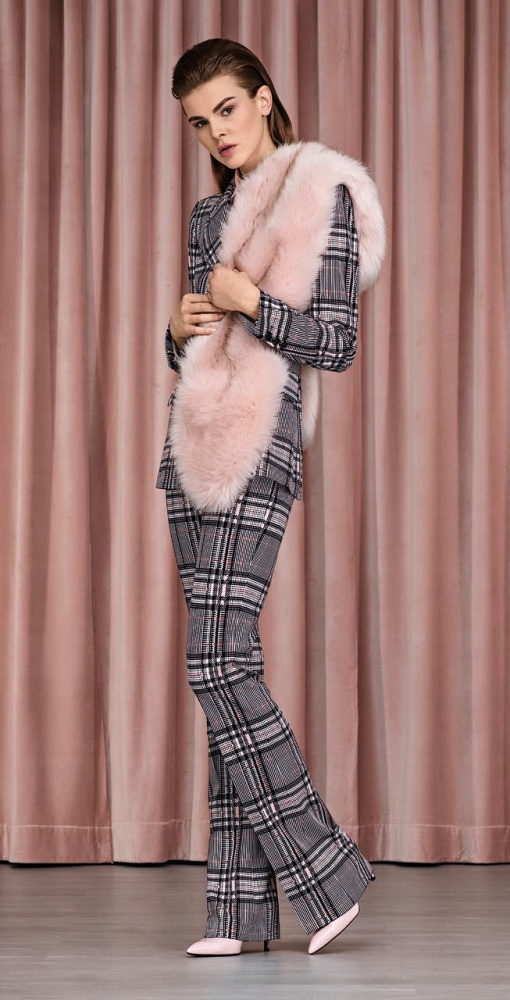