AFTER A TEN YEAR HIATUS, GENERAL MOTORS ANNOUNCED THE RETURN OF THE HULKING, MILITARY INSPIRED HUMMER…AS AN ALL ELECTRIC PICKUP

Polarizing as it may have been, the Hummer was an iconic road warrior of the ‘90s and early ought’s and a snapshot of American culture. The Humvee, the military’s beefy transport vehicle, gained notoriety as the face of Desert Storm, and fans (or critics) can thank the Terminator himself for the release of the civilian variant. After spotting a military procession while filming in Oregon, Arnold Schwarzenegger contacted Humvee manufacturer AM General about getting his hands on one; they turned him down, but the idea for the Hummer was born. 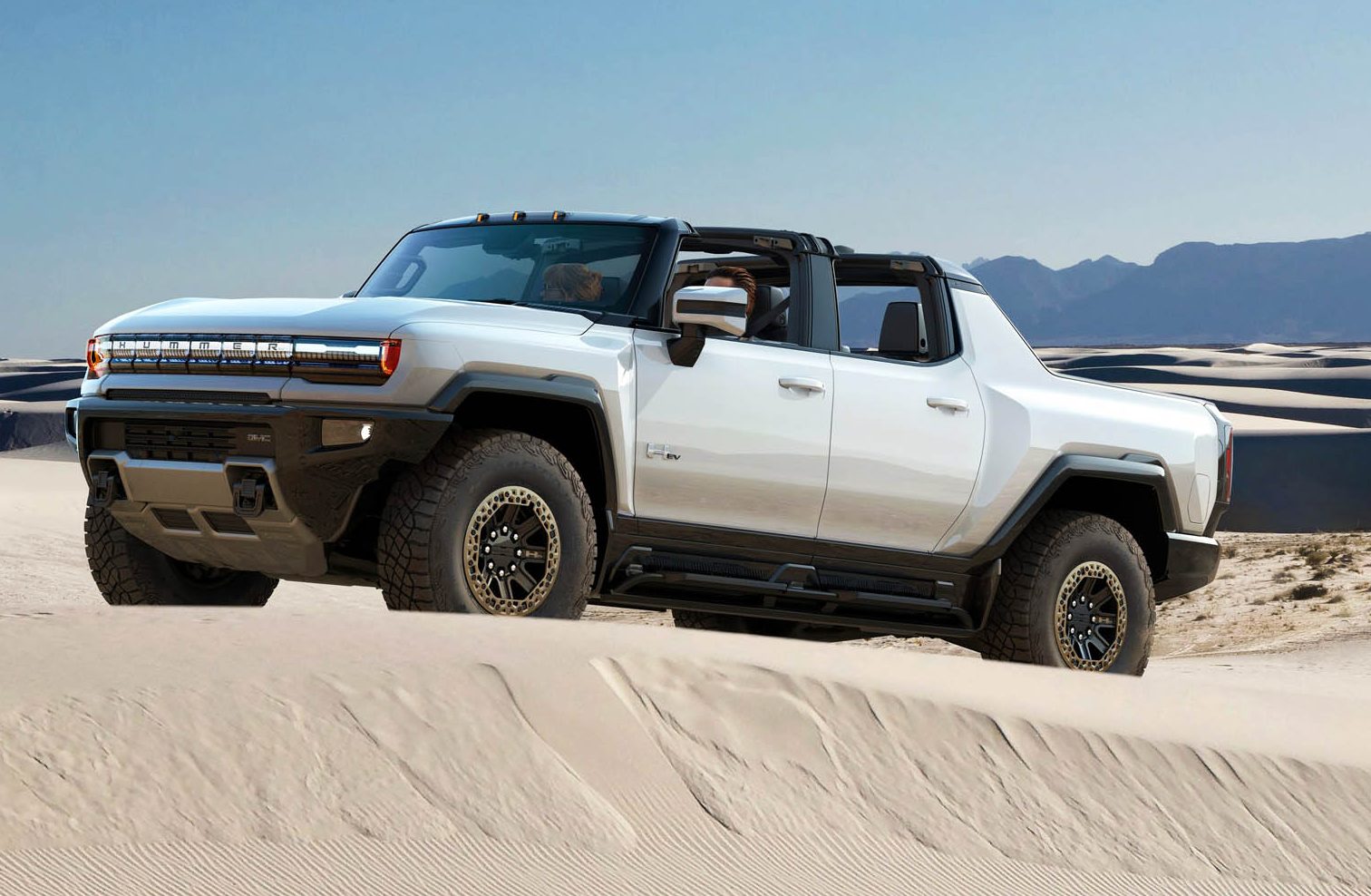 Pounding the scales at 10,000 pounds with less than 10 MPG, the monstrous machine became an overnight media sensation. Schwarzenegger not only procured one but an entire fleet, and other celebrities like Britney Spears and Mike Tyson hopped on the tank wagon. The Hummer appeared in countless movies (32 titles from 1999 to 2000 alone), from Bad Boys II to Gone in 60 Seconds. In 1999, General Motors purchased the nameplate from AM General and released the best-selling H2 in 2002 followed by a smaller H3 in 2006, but following the financial crisis of 2007 coupled with soaring gas prices, the Hummer was officially laid to rest in 2010. 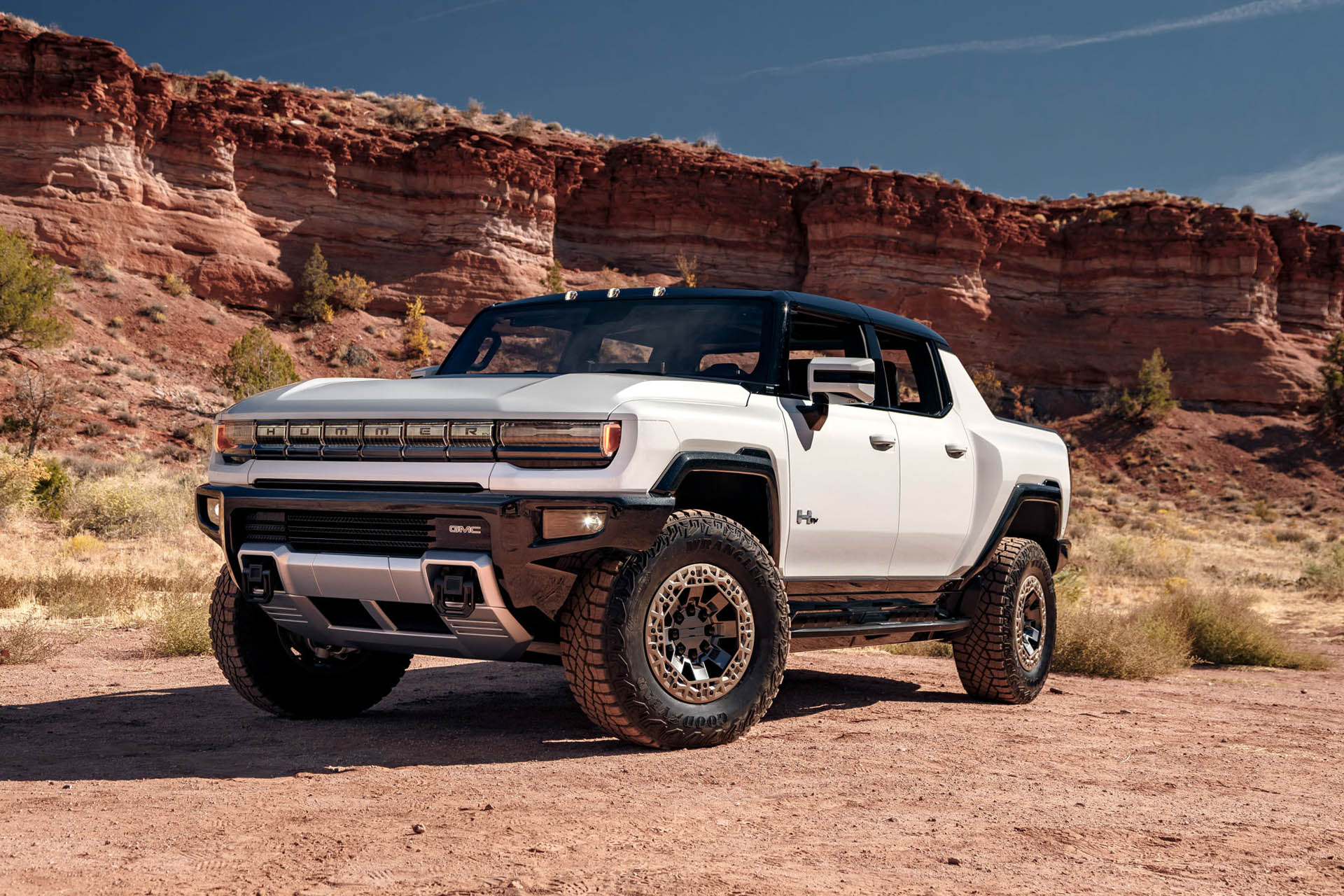 It’s back. On October 10, in a splashy virtual debut, GM announced the return of the mighty road warrior, but it’s nothing like the gas guzzling memories of yore. The all electric, 1,000 horsepower “supertruck” is the next step in the marque’s move toward electrification. Slated as a 2022 model, the Hummer EV will be the first to feature GM’s new modular electric vehicle platform and battery, called Ultium, offering an estimated 350 mile range and three second 0 60 time. Notable technologies include Crab Walk, a drive mode allowing the vehicle to move diagonally; a removable “Infinity Roof” to provide a convertible like open air experience; and Ultravision Cameras for tackling the most grueling of terrains. The truck will eventually be available in four variants, beginning with the Edition 1 in fall 2021 with an MSRP of $112,595.