MAGIC IN THE MIX

The County of Kings boasts a long lineage of chocolatiers with considerable bonafides, some sporting frilly French monikers, others with legacies that date to the flapper era. It’s noteworthy, however, when such a business both pushes mouthwatering indulgence while avoiding taking itself too seriously. “So true!” confirmed Daniel Skylaar, owner/founder of Fine & Raw Chocolate. 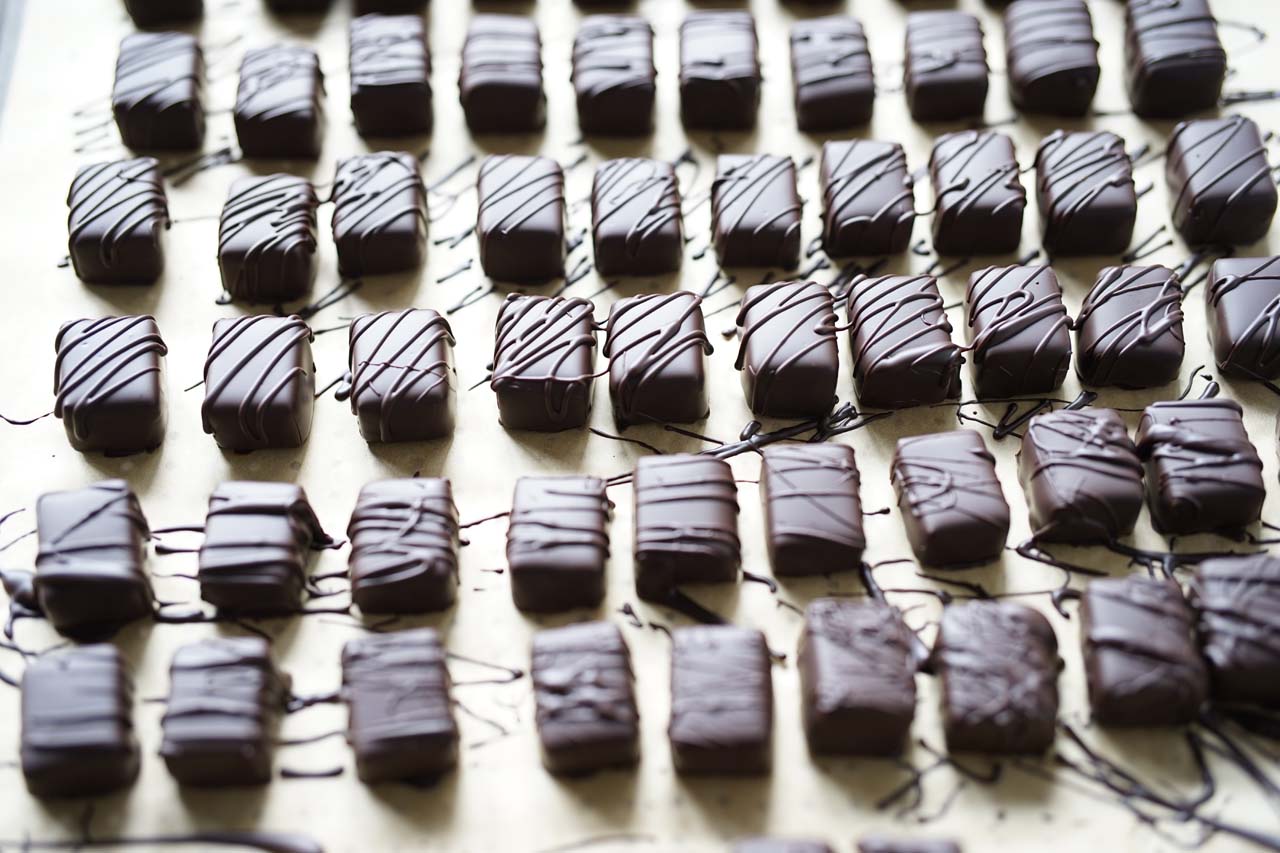 Skylaar aims to singlehandedly combat sweet maker snobbishness with a remarkable product, to be sure, but also a touch of whimsy. How many companies self-identify as “believers in unicorns” on their Instagram pro le, or list “love and yumminess” among the ingredients of their artisan, hand crafted bean to bar chocolates? Given this air for the fantastical, it’s difficult to picture Skylaar as a refugee of the business sector. “I started Fine & Raw after escaping the clutches of being a financial analyst,” he recalled. “Around 2007, I was a budding raw food chef, making cacao truffles in my Williamsburg artist loft and giving them away to friends.” He then began delivering these wares to neighborhood shops by bicycle. Eleven years later, Fine & Raw has evolved into a team of eight who supply a number of prominent local purveyors. They’ve expanded to a Bushwick café/factory, where the air is perfumed delightfully. (Some describe it as stepping into a giant brownie.)

Varieties blend the traditional with the wildly creative: habanero salt, white espresso, mesquite (paleo and keto friendly) and almond truffle, for example. Others are brimming with organic berries, whiskey, or peppermint. There’s even a choice selection of decadent butters and spreads like hazelnut and dulce de leche. Organic and vegan friendly, Skylaar uses coconut sugars, which have a hint of caramel that enhances the cacao. He also uses fair trade beans exclusively, procured directly from cacao farmers.

Even the packaging stands out striking, minimalist, and lovely. Case in point: the wrappers of the Brooklyn Bonnie line feature a distinct retro Vargas Girl vibe, each emblazoned with the image of a sexy urban cowgirl and offering seductive favors like Alderwood Smoked Salt and Hazelnut Butter.

“Brooklyn Bonnie is half roasted and half raw,” Skylaar explained. “It’s our team of bold, intelligent, sassy, and everything in between chocolate.”

“We’re creamy and we got soul,” he added. “There are a lot of chocolate companies who got soul but aren’t creamy, and vice versa. We’re both, so we qualify as certified unique.” He deftly eludes corporate speak when it comes to business models actions expected from a man who helms a company whose credo is “to save the world through silliness and chocolate.”

The craft at Fine & Raw’s includes a distinctive processing techniques (a long, slow roast that draws out flavors) and a spirit of innovation. Ten years ago, sea salt and chocolate was an unheard of combo when the company began offering it; now it’s an industry staple. 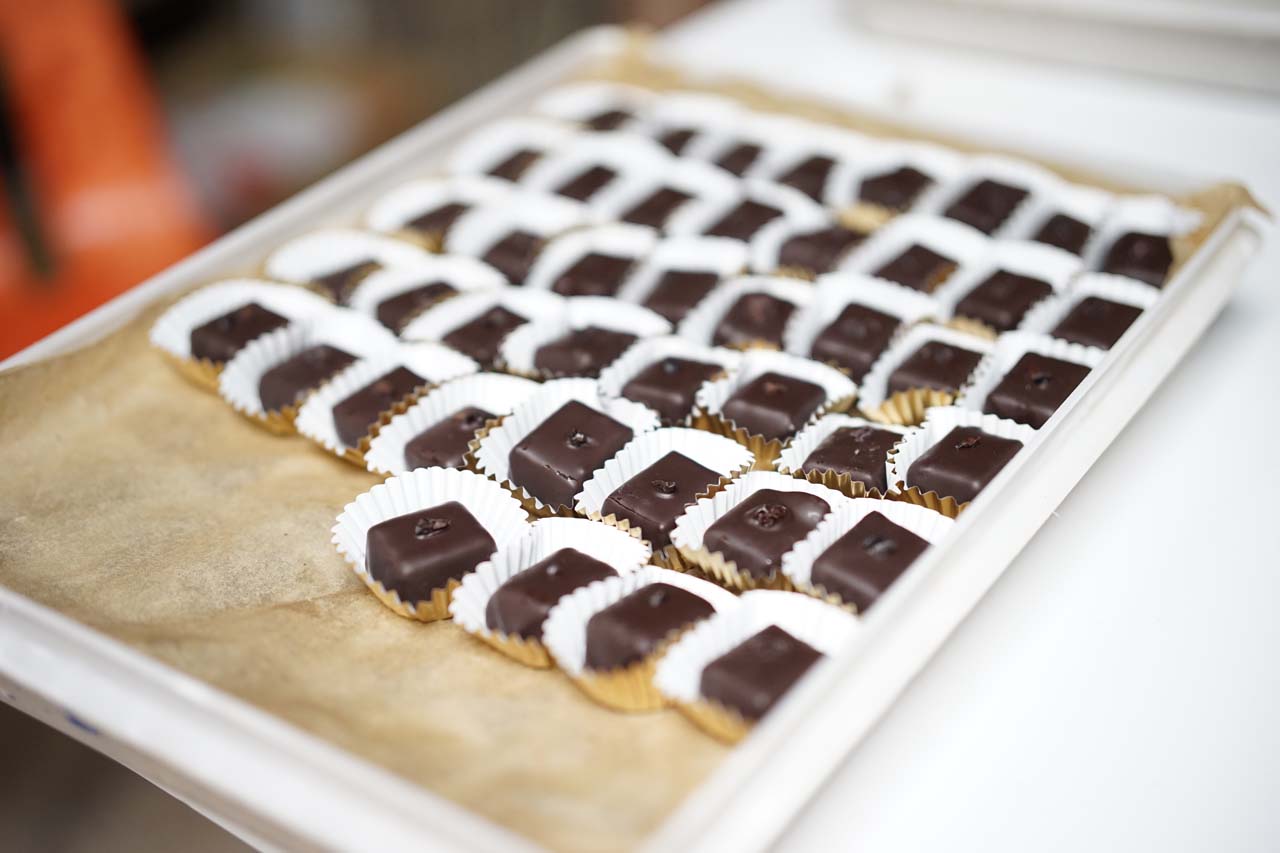 Skylaar claims that new flavors and recipes are inspired by the mystical. “Unicorns come and tell us what to do,” he said with a smile. “And then they eat our ice cream. We have really good ice cream at the factory, too…for the unicorns, mostly.”

The factory/café offers items like a Chocolate Brownie Ice Cream Sammy slathered with hazelnut butter, as well as, its owner explained, “bona fide legit milkshakes, coffees, and we also host waffle brunch parties every now and then.” Since the café adjoins the production works, visitors can witness the chocolate making processes. The company also hosts tours and tasting events for select groups, and crafts personalized wedding and other occasion varieties upon request. 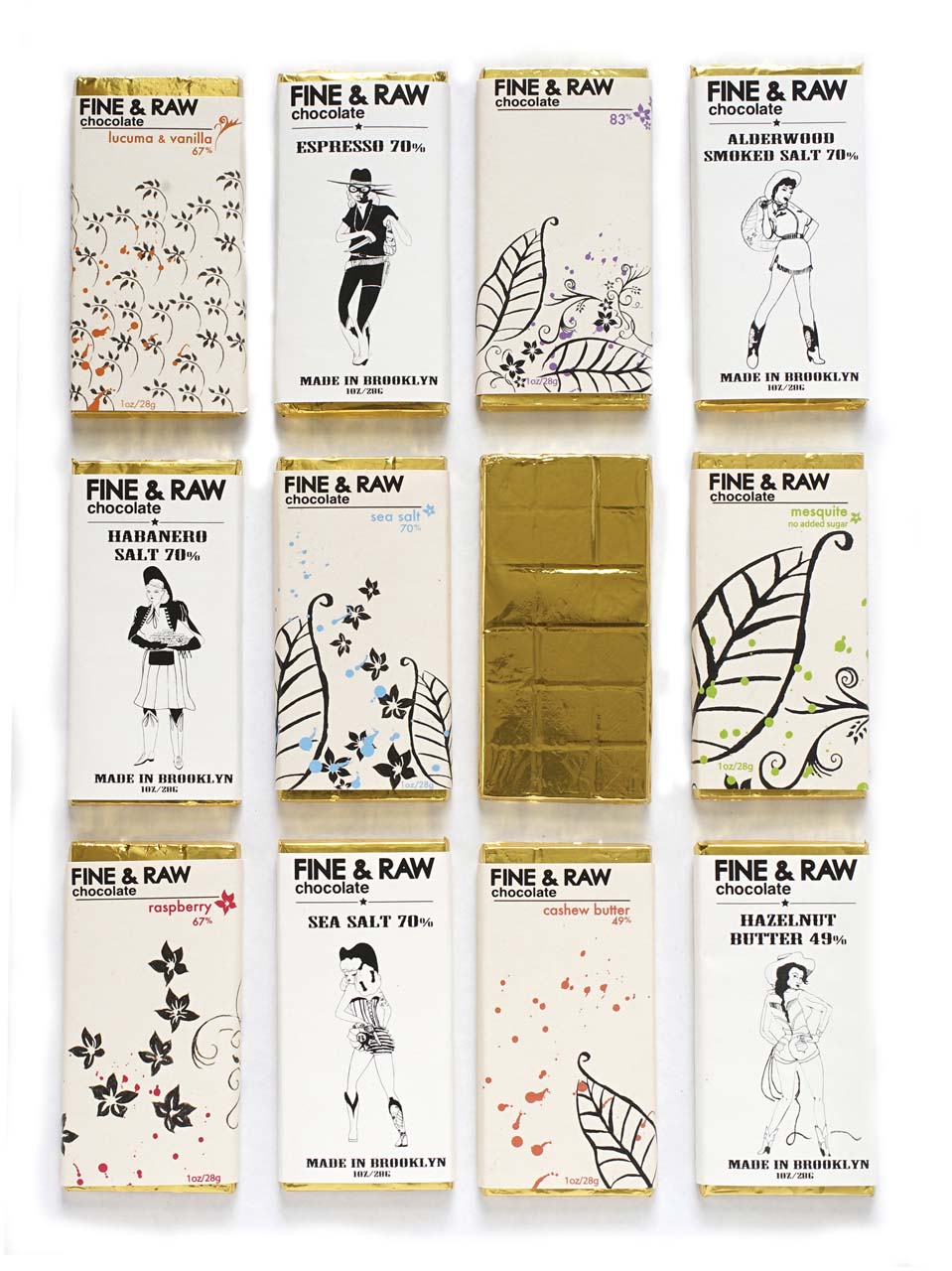 When pressed to reveal deeper secrets to his operation’s success, Skylaar waxed mystical: “Be in the moment! Dance! Repeat! Chocolate is good for the heart, literally and figuratively. We all need each other. Peace. Namaste.”