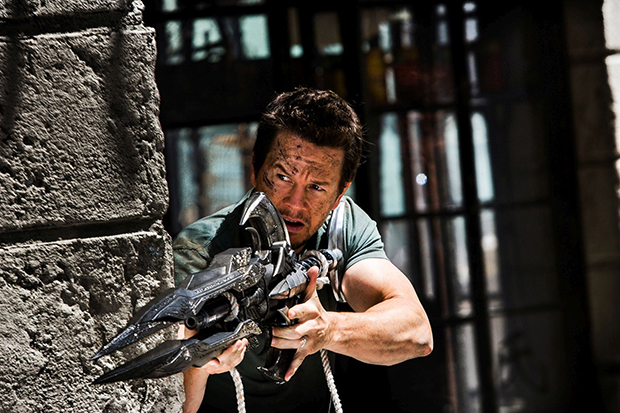 From teen addict to prolific actor and producer, this Boston native and Transformers: Age of Extinction Star’s life may be the most incredible comeback story arc in Hollywood history

By Susan Hornik and Matt Scanlon

The “rags to riches” plot arc is so well-traveled, so hopelessly clichéd, that it’s easy to forget these stories actually happen, and with surprising frequency, even among A-listers. There’s Hilary Swank’s teenage years, a number of which were spent either living in the family car or itinerantly at friends’ homes because her mom was so broke; Jim Carrey’s family, who also lost their home and was forced to live in a van; and Demi Moore, famously raised in a trailer park with an alcoholic mother and stepfather. Hardscrabble times had by all, to be sure, but none come close to the strife that Mark Wahlberg experienced in his formative years.

Mark Robert Michael Wahlberg’s upbringing could easily be made into a tearjerker of varying types. Growing up in the Dorchester, Boston projects, and the youngest of nine children, his parents divorce and other emotional and financial struggles caused him to become addicted to cocaine by the time he was thirteen. Serial run-ins with the Boston Police Department eventually culminated in a conviction for attempted murder when he was 16 years old, after Wahlberg, seemingly randomly, attacked two Vietnamese men on the street. Sentenced to two years, he wound up serving only 45 days, though, like 99 percent of all other human beings cast that low that soon, his story should have been pretty much over already…a life wasted before it had a chance to begin.

Counsel from his parish priest, a positive inner voice, and a piece of good fortune helped reverse things—the last category supplied by his brother, Donnie Wahlberg, a member of the boy band, New Kids on the Block.

At 13, Mark had actually been one of the original members of New Kids, but he quit. His interest in music, however, remained, and following his short prison term, he was assisted by his brother into transitioning to rap performer, and began recording music under the name Marky Mark and the Funky Bunch. Fans of 1990s ultra-cheese will recall easily, if shamefacedly, their song “Good Vibrations,” which was number one on the Billboard Hot 100 in 1991.

That year marked another breakthrough for Wahlberg, 43, when Herb Ritts photographed him for a series of ads for Calvin Klein. Pilloried by some, admired by most, the campaign was a huge success, and certainly marked a transition for Wahlberg from teen idol to grown one.

Wahlberg went on to earn both Academy Award and Golden Globe nominations for his standout work in the family boxing biopic The Fighter and Martin Scorsese’s acclaimed drama The Departed. He has also played diverse characters for visionary ﬁlmmakers such as David O. Russell, Tim Burton, and Paul Thomas Anderson.

For all of this remarkable, theatrically unexpected success, the veteran actor is famously humble. In an exclusive interview with Peter Berg, who directed Wahlberg in Universal Home Entertainment’s real life Navy Seal war tragedy Lone Survivor (now out on Blu Ray/DVD)—based on Marcus Lutrell’s New York Times bestselling memoir, and in which Wahlberg plays Luttrell— we learned just how affable a presence the actor is on the set.

“It was truly great to work with him,” said Berg. “There’s not a lot of actors that have that all-around great guy mentality. He’s a businessman, he is an artist, and he cares about everyone. He made sure the families of the soldiers who were on set felt respected and comfortable, he took care of the supporting cast, and didn’t make himself the focal point or ask where his Oscar winning speech is… no attitude whatsoever. I don’t know if many actors would do that. He’s a real team player and one of my favorite people in the business.”

Berg continued: “Being an A-list movie star, you are used to doing things your own way. But Wahlberg got on set, was intensely trained for a month in some physically grueling Navy Seal activities, and suddenly, he was no longer that Hollywood star. He’s no longer able to be anything but a human being who tells a story. I give him so much credit for that; he embraced the character and really wanted to be a part of the film’s authenticity. He went out to the woods, in this harsh terrain we were shooting in, and went to the bathroom like everyone else did. In his pocket, he had the same egg salad sandwich that everyone else had. There was no separation between him and any other man that day.”

As for Wahlberg’s part in the film, it seemed to be just another day in an evolution of accomplishment… and gratitude.

“This role was different than any other role in my professional career,” he said. “I immediately felt an enormous amount of pressure, but then my instinct kicked in and I started to feel a sense of pride that I could be a part of something that was so special…so important.”

Most recently, the actor’s turn in Transformers: Age of Extinction not only injected new life into the now four-installment franchise, but reunited him with director Michael Bay, with whom he worked on the 2013 movie Pain and Gain.

“I really wanted to do this film because of Michael ,” Wahlberg explained. “We had such a great experience working the first time. I love the way he works. I got to learn from one of the most talented directors in the business. Having aspirations to direct my own film in the future…who better to learn from and watch? As an actor, you just want to be believable in the role. You are servicing the director’s vision…keeping up with his expectations and just making him happy on a daily basis.”

While being on the Transformers set was enjoyable, it was also a bit of mayhem. “It’s a very difficult shoot; you are talking about six months of grueling action shooting in the heat,” he recalled. “But looking back, it was a very fun experience.” For anyone already a fan of the Transformers franchise, Wahlberg was shooting for “… something new and different. Anything you loved from the original movies, you are going to have here, but also something bigger and better.”

In another story arc entirely, Bay’s film continues the director’s reputation as the creator of winning financial formulas, but ones that are often savaged in the press. The film has been drubbed repeatedly and passionately by outlets such as Entertainment Weekly, USA Today, and the Philadelphia Inquirer, but after achieving a very respectable tally of $58.3 million U.S. box office over the July 4 weekend, went on to an even richer distinction when, after grossing $575.6 million globally in its first 12 days, it also became the number one box office selling film of all time in China. The four-film franchise has taken in better than $3 billion since beginning in 2007.

“Wahlberg is a movie star,” Bay noted. “He gave the film a real gravitas, he really grounds the movie.”

At least among the critics in his own household, the actor seem to be on secure footing. “It’s the first time I’ve ever made a movie that my kids wanted to be a part of,” he offered. “They were very excited about me being involved.” (He is married to fashion model Rhea Durham, with whom has two boys and two girls.)

Wahlberg has six awards for acting work, among them a Golden Globe and Peabody Award, along with a BAFTA Award for producing. He has also been nominated for an Oscar, nine Golden Globes, and ﬁve Primetime Emmys. In addition to acting credits on Lone Survivor, Broken City, Contraband, The Fighter, We Own the Night, and 37 other films, he has a longtime relationship with HBO, executive producing a quartet of its series: Boardwalk Empire, Entourage, In Treatment, and How to Make It in America. He adds committed philanthropist to that resume as well, having founded The Mark Wahlberg Youth Foundation in 2001 to benefit inner-city children and teens.

Even his family is of interest to viewers. A&E Network’s original series Wahlburgers offers a behind-the-scenes look into one of Boston’s most well-known clans. An homage to their humble beginnings, the hamburger restaurant setting is home base for the gang from the old neighborhood, including the real Johnny “Drama” (from HBO’s Entourage), the family’s spirited mother Alma, Donnie Wahlberg, Paul Wahlberg, chef Alma McPeck Wahlberg Conroy, and more family members.

“We’re thrilled to partner with the entire Wahlberg family as they lift the curtain to share this new side of their story,” said David McKillop, Executive Vice President and General Manager of A&E Network. “This series offers viewers a new take on the celebrity reality series—showcasing one of America’s favorite families.” Wahlberg executive produces that show as well.

It seems that, proverbially, you can take the actor out of Boston, but you can’t take Boston out of the actor.