A bar, arcade, and event space at the crux of Bushwick and Bed Stuy, Wonderville is, as its founders Stephanie Gross and Mark Kleback, explain, “run by a group of artists interested in cultivating the indie console arcade game scene in New York and connecting it to other types of media.” The business, recently opened and in part the product of Kickstarter funding, hosts live music gigs, along with dance parties, “playtest nights,” workshops, tournaments, and other new media performances. 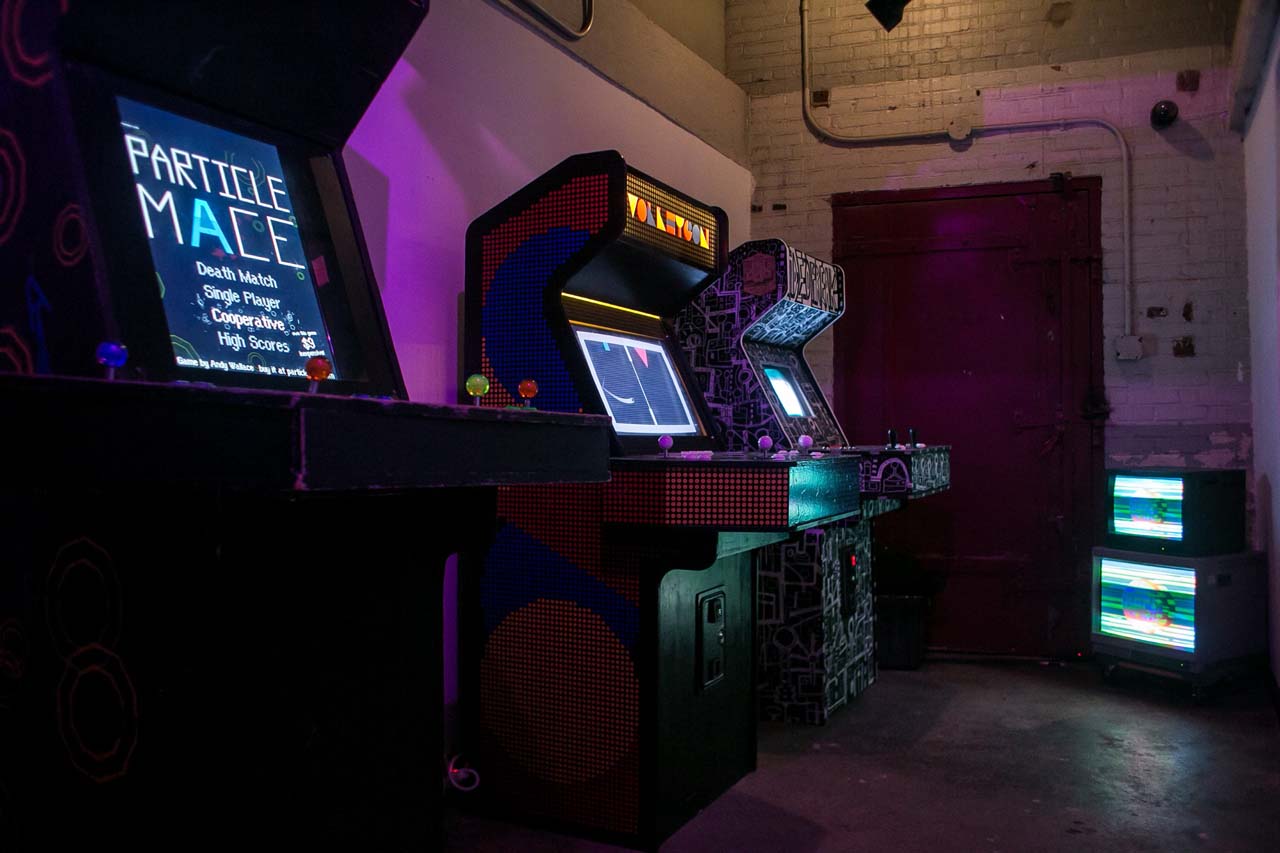 With more than a decade of experience working on similarly small fish and “DIY” music venues in the borough, like Secret Project Robot, Death By Audio, Market Hotel, and Silent Barn, Kleback and Gross elected to combine experience in this new space its perimeters lined with short-run-production and independently designed consoles.
“We’re not talking about retro arcade games from the ’80s and ’90s, or just arcade versions of mobile games,” the founders explain in their Kickstarter pitch, “these are brand new, unique, and ridiculously original experiences created by designers and artists today. Ever played games using only LED strips? Or door stops? Or juicers? At Wonderville you will!” 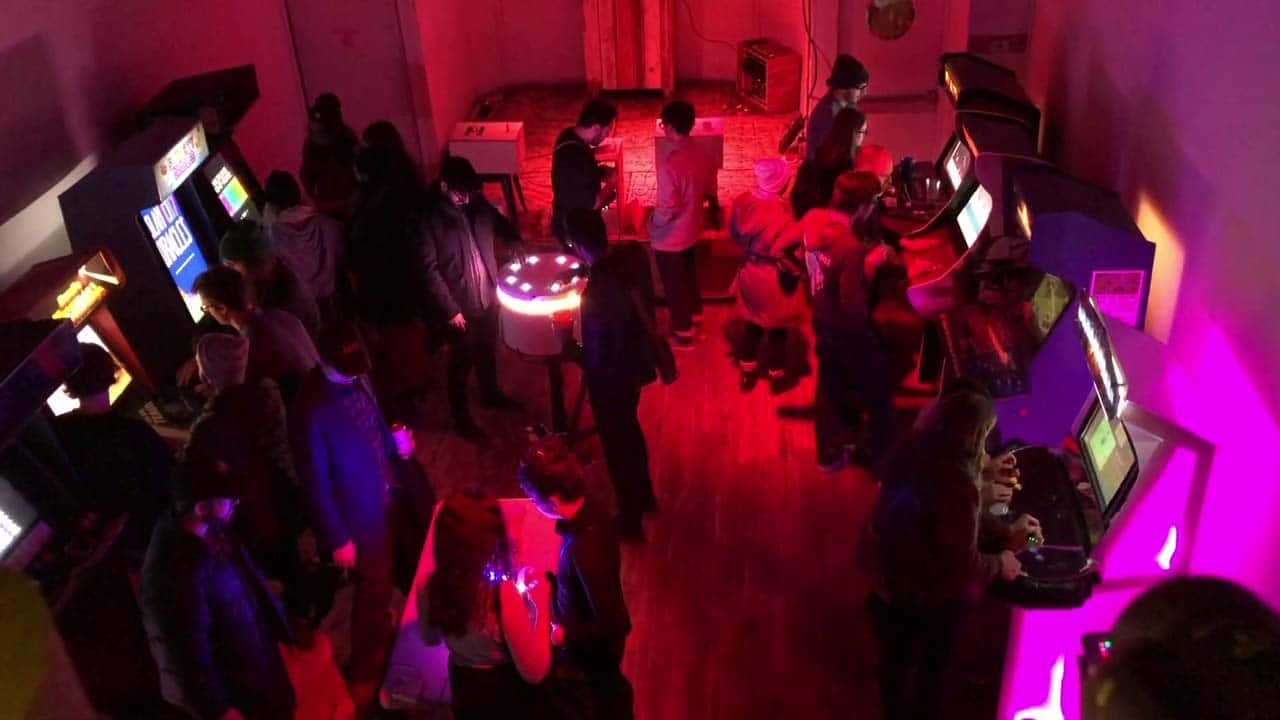 Some highlights include Particle Mace, by Andy Wallace a combination of classic arcade with a new physics-based mechanic (play is defending yourself in a hostile universe by swinging particles into enemies); Crystal Brawl, a 2v2 battle sport local multi-player where four characters fight “for the fortune and glory of the Crystal on a dynamic hex based field;” and Bumblebear’s Black Emperor, which combines designer Tomás Vicuña’s “love for classic action arcade games with Japanese psychedelic rock and the Bosozoku motorcycle culture of the 1970s.” 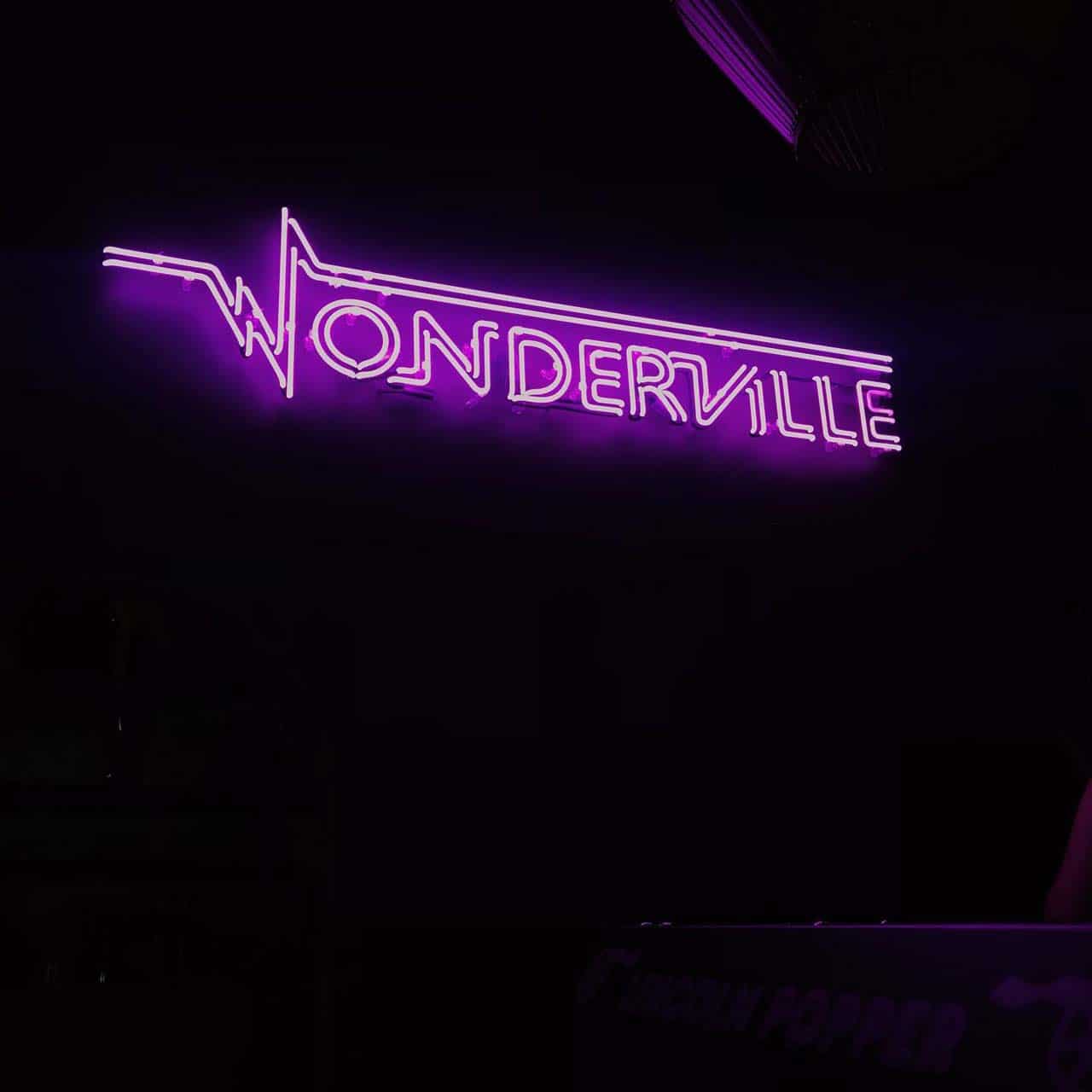 Wonderville’s compact stage is 12 feet wide by eight feet deep, with a capacity in the event space of between 75 and 100 standing, 15-20 more seated at tables. Workshops include how-to demonstrations of game design, cabinet construction, and electronics soldering, among other skills. There are also Dungeons & Dragons and other board game nights.

The bar, meanwhile, includes three taps (on our most recent visit Budweiser, Lagunitas IPA, and Brooklyn’s own Sixpoint Citrus Jammer), a variety of canned suds, ciders, and seltzers, and a killer Happy Hour with a variety of specials like a $5 High Life + Whiskey Shot and same-priced Tecate + Tequila Shot. Our fave cocktail is the Mezcal Mule mezcal, ginger beer, and lime. Nibbles number just three, but are welcome: a “Popcorn Boat,” potato chips, and mini empanadas. 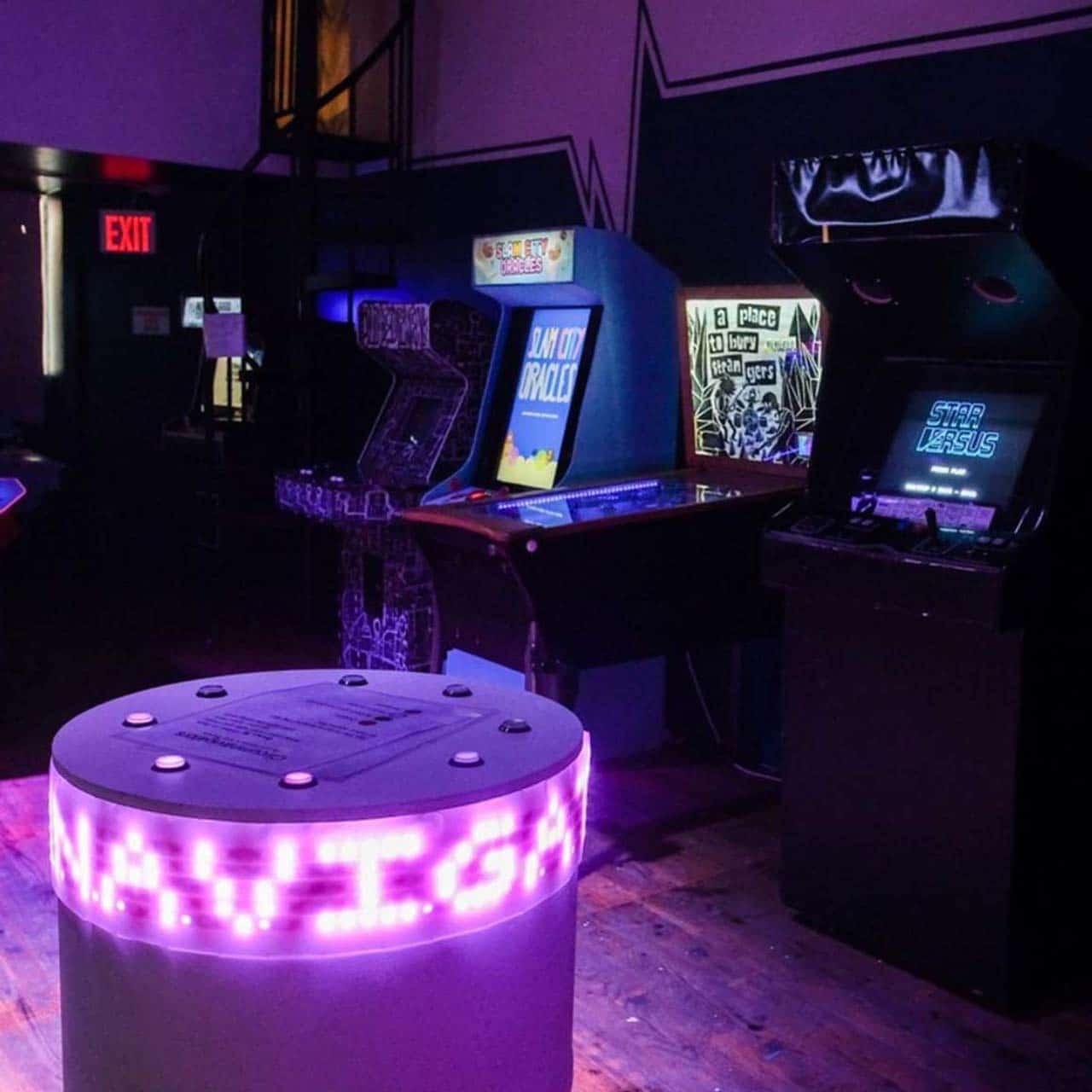