When Luis Jimenez joined Violette’s Cellar as executive chef in early 2021, he was tasked with creating a new style of entrée for the predominantly tapas heavy restaurant. 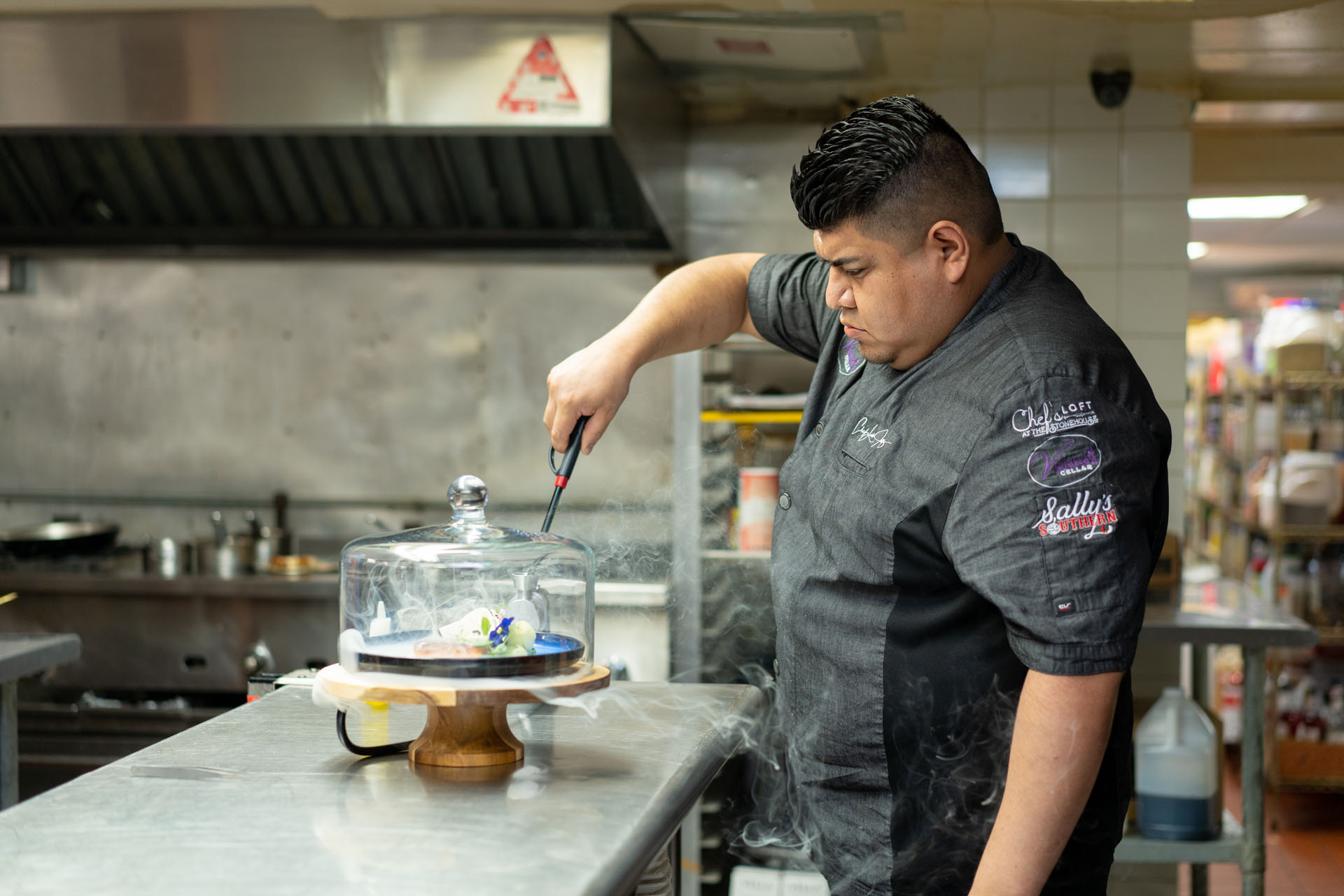 The chef, who has nearly two decades of experience in the culinary arts, reveled in the job. Experimenting with a range of proteins and preparations, he, with Botros’ help, became “an expert at sous vide.” The chef made many important contributions to the restaurant’s already impressive gastronomic lineup.

“I’m extremely inspired by all of the talented chefs I’ve worked with in the past,” said Jimenez, detailing his years working alongside Staten Island powerhouse Mario Gentile, owner of the former Nove Italian Bistro and eponymous Mario’s. 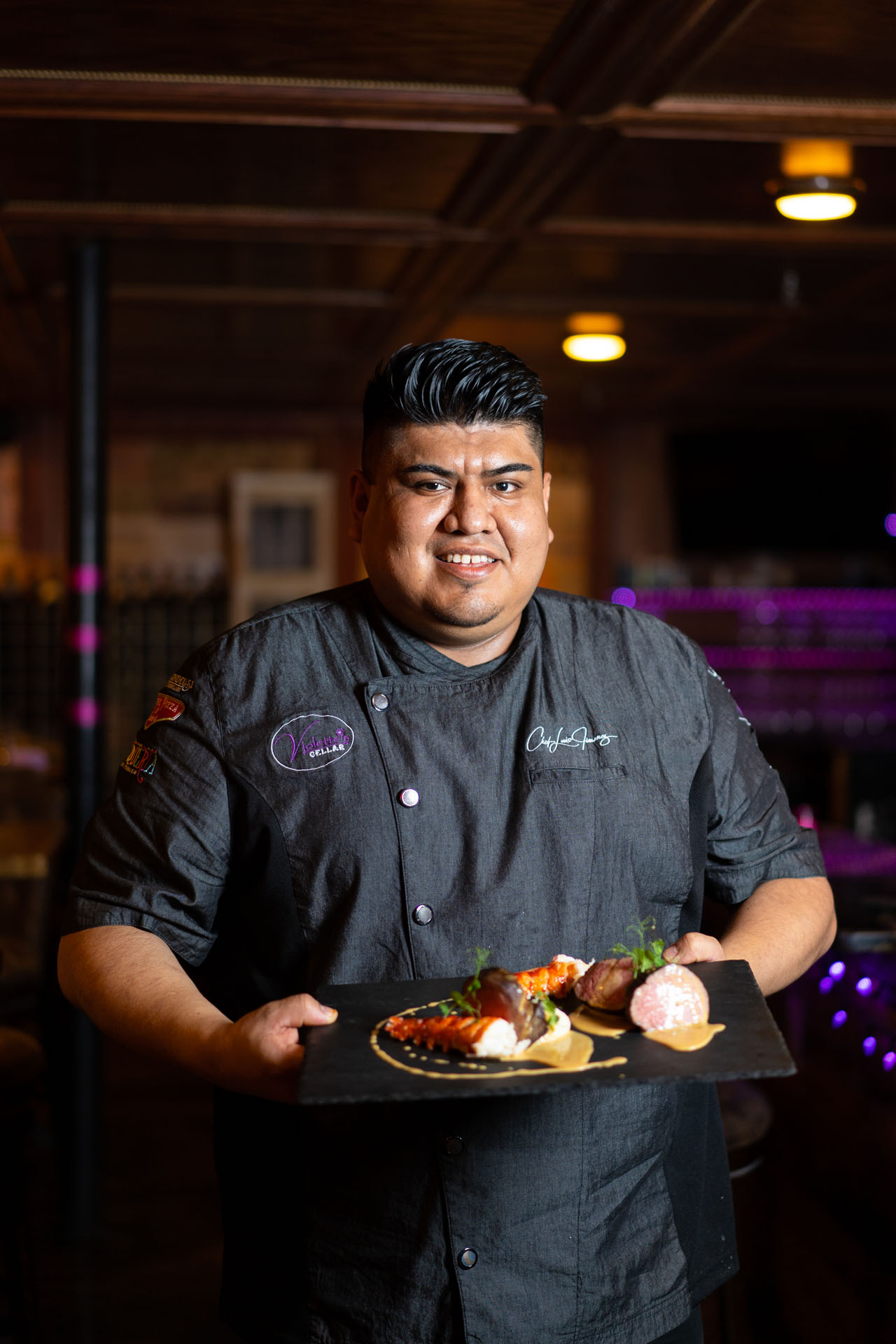 “I started working in this business 16 years ago, washing dishes at the Marina Cafe, and then they asked me to jump in the line,” noted Jimenez. “I moved on to Bocelli’s and worked part time in the pasta station before graduating to Angelina’s, where I worked saute and met Mario. He took me under his wing and immediately became a mentor to me.”

He moved with Gentile to Nove and helped him open up his second restaurant before joining forces with Botros.

“I came on board with Peter as he was opening Sally’s Southern and assisted with the launch of Rustic Pizza & Pasteria on Lincoln Avenue,” said Jimenez. “He asked me to help run the lines at Violette’s Cellar before offering me the executive chef position.”

“I’ve never seen someone with the appetite or thirst for knowledge that he has,” said Botros. “He is talking about, learning about, or creating food 24/7. He’s got such a wide range of skills and techniques, all accumulated while working under great chefs like Mario Gentile and Stefano Sena.” Jimenez has rotated throughout all of Botros’ holdings the chef/restaurateur owns several restaurants in the borough, including the Stone House, Sally’s Southern, Rustic Pizza & Pasteria, and Sofia’s Taqueria adding a dash of his own signature cooking style to each establishment. 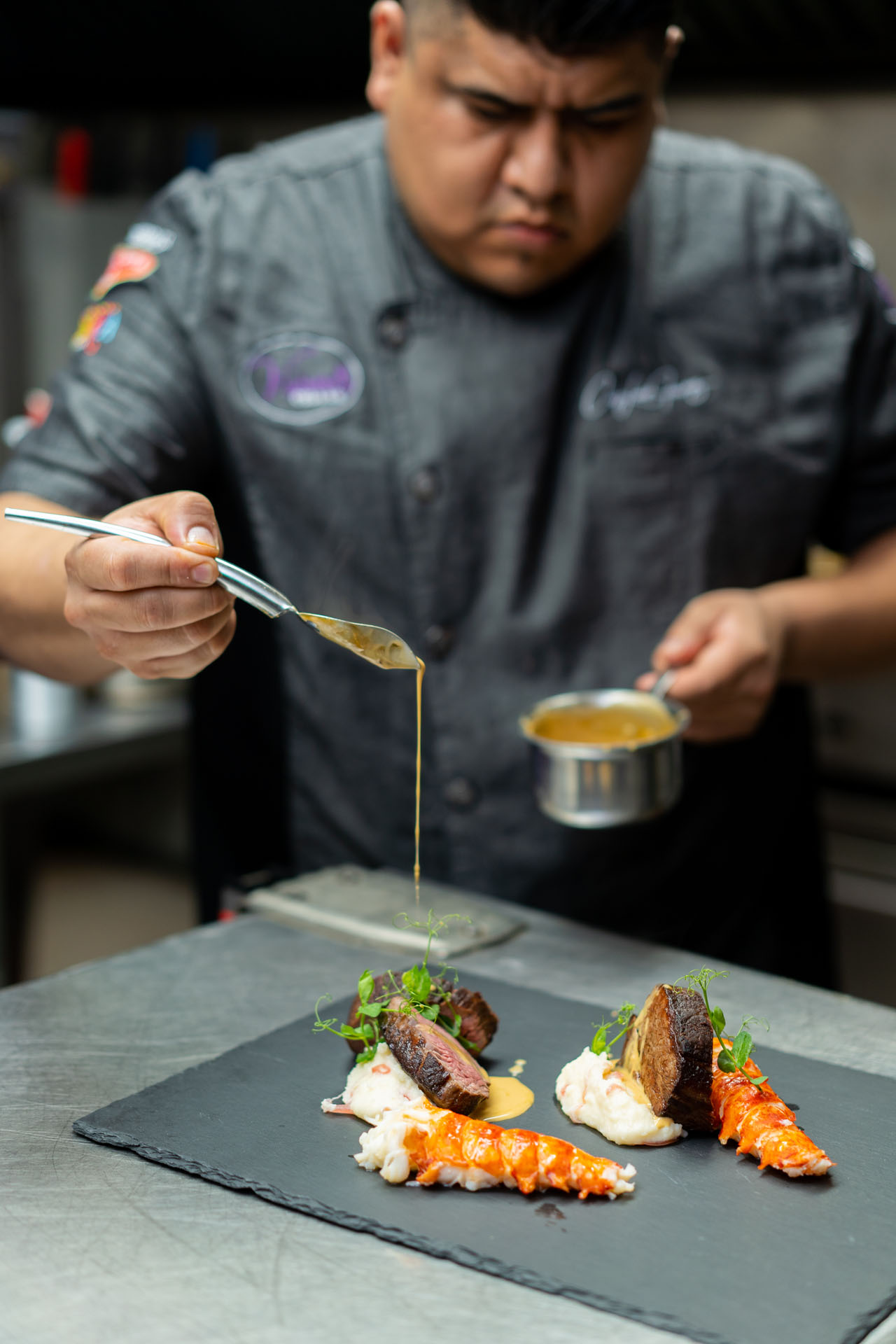 “I love to combine French and Asian cuisine,” said Jimenez. “I’m so inspired by that fusion of ingredients. It’s a blend of flavors that just meshes so well. And the chefs I’ve worked with over the years have really shown me how to perfect it.”