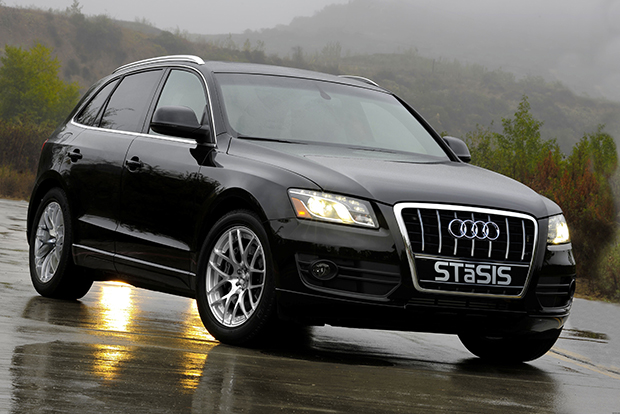 One has to give Porsche credit for taking the early blows of predictable outrage when it released the first ultra-sports car/SUV hybrid in 2002 with its at once loved and hated Cayenne. To marketers, the marriage seemed suitable enough, and the car has been a consistent if not stunningly successful seller. To purists, however, a Porsche family truckster was an outrage—a pedestrianisation of one of the world’s finest brands.

Whichever camp readers fall into, the Cayenne opened the floodgates for a slew of manufacturers to hone fine performance chops in SUV form, among them Fiat, Tesla, Acura, and of course the venerable Mercedes. Most recent among the breed, however, is Audi’s Q5. A sports/utility middle child between the compact Q3 and ultra-luxe Q7, the Q5 was first displayed at the 2008 Beijing Auto Show, entered the United States marketplace the next year, and was a workmanlike effort all around, including confident handling, a relatively decent motor, and all the expected fit and finish from our friends in Ingolstadt. Nothing about it, however, was heart-racingly wonderful, and so early last year, Audi AG decided to introduce a dose of badly needed adrenaline, in the form of a 3.0-liter, TFSI engine.

Unveiled at the 2013 Detroit auto show, and on sale for the last four months in the U.S., the new model manages to seem simultaneously practical and predatory, and has ample ponies (354, to be exact) to get the driver into a heckuva lot of state trooper trouble, but without the “arrest me” coloring and body styling of a roadster. An automatic with no less than eight speeds (no stick, sorry), its all-wheel drivetrain and performance aim squarely at brands such as Mercedes’s GLK, the Cadillac SRX, and BMW X3, but in nearly every capacity, it exceeds them in comfort, acceleration, and styling, and depending upon options, has the best price of the four (starting at nearly $40,000).

Our one quibble here is handling, which tends to be a bit too slow and too soft, though given that the average driver is going to be puffing off to the mall—and seldom to the nearest Bondurant race track—that decision was likely a practical one. (We recommend the adaptive suspension to heal the worst of this problem, a $3,000 option).

The updated Q5 also features the Audi Connect 3G wireless Internet service, Google Earth mapping, adaptive cruise control, and a rear-seat entertainment system among its considerable list of interior appointments. We had to throw in an “Are you kidding?” demerit, however, for the absurdly priced $3,900 auto dimming rearview mirror, but that aside, relative thrift, luxury, and performance have seldom existed before in these proportions at this price. 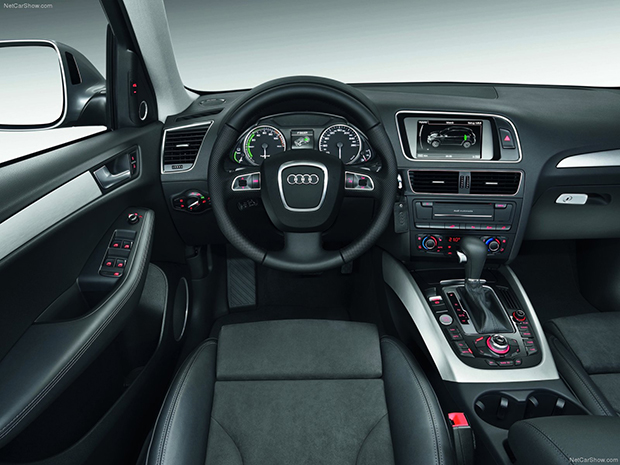