A CHANCE ENCOUNTER LED AN EXPERIENCED RESTAURATEUR TO OPEN A RARE NEW JERSEY OUTPOST OF ONE OF THE NATION’S TASTIEST TACO (AND MORE!) PURVEYORS

BY GILDA ROGERS • PHOTOS BY TK

Once you cross the threshold of Wahoo’s, the spontaneous inclination to connect with others in the spirit of fun and camaraderie combined with the ambiance and seafood-forward menu feels like a Caribbean vacation. Remo Duchi is the owner, mixologist, and your able concierge for the duration of your stay at this central Jersey outpost of the California-based firm, which was launched in 1988 by three surfing brothers, who created a menu that blended flavors from China, Brazil, Baja, and Greece. 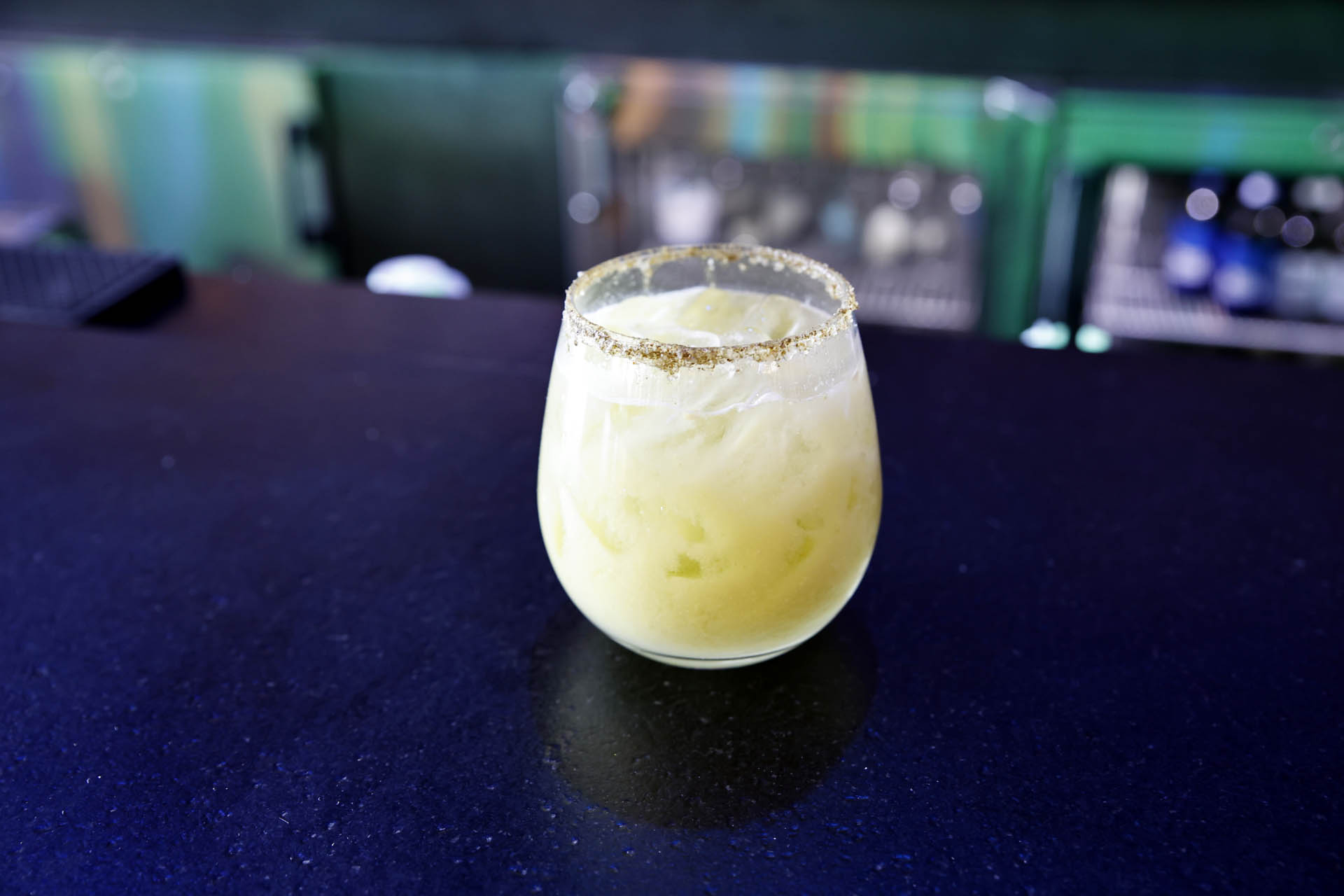 Duchi’s journey to Wahoo’s (the name of a prized tropical game fish) was a fusion of fate, opportunity, and preparation colliding simultaneously. The Johnson & Wales graduate had been working in corporate American restaurants for 20 years when he ran into an old friend.

“Joe Hernando had coached me in football when I was eight years old, and we connected after 20 years.” said Duchi. “We both knew we needed a change.” Hernando (now part owner of Wahoo’s, along with Remo Duchi Sr.) ventured to California in 1997 to visit his sister at the University of Southern California. It was there Hernando was introduced to fish tacos at Wahoo’s. In 2014, Hernando and Duchi traveled to California to further explore going into business together and bringing a piece of the West Coast back to the Middletown Marketplace. Their location opened in January 2019 (Wahoo’s has locations in several states, including Hawaii, as well as in Japan).

The food is authentic, made to order, affordable, fresh, and pairs well with an avocado and jalapeño margarita made with Casamigos Blanco Tequila, natural agave, and fresh squeezed lime juice. It’s what Duchi referred to as a “clean drink.” As he explained, “I can’t serve a crappy sugary drink when you’re eating clean food.”

Wahoo’s carries 30 different varieties of tequila. The inventive menu allows diners to select a protein (vegan/vegetarian options are available), and have it combined with tasty sides in entrées, bowls, enchiladas, burritos, and tacos. Soups, salads, shared plates, sides, and a kids’ menu offer a bounty of choices. Quality flavors reign here. Corn chips and homemade salsa a tomato-based and smoke-infused mix of seasonings, thickened with robust and righteous flavor have no preservatives. Ingredients are fresh and crisp. The citrus slaw that comes with the ample fish taco combo is as refreshing as it is delicious. Despite the pandemic, Wahoo’s has not lost its groove. Many regulars frequent it almost daily, because Duchi and his squad are keen on giving customers a pretentious-free experience whether dining in, taking out, or enjoying a favorite cocktail at the end of the day. Try the Spicy Cucumber, made with V-One Cucumber Vodka, jalapeño peppers, and fresh squeezed lime juice, which tastes like a burst of sunshine.

“This is a happy place,” said customer Enelio Ortega, who quickly became a regular at Wahoo’s. It’s the only place he can count on having his favorite drink. 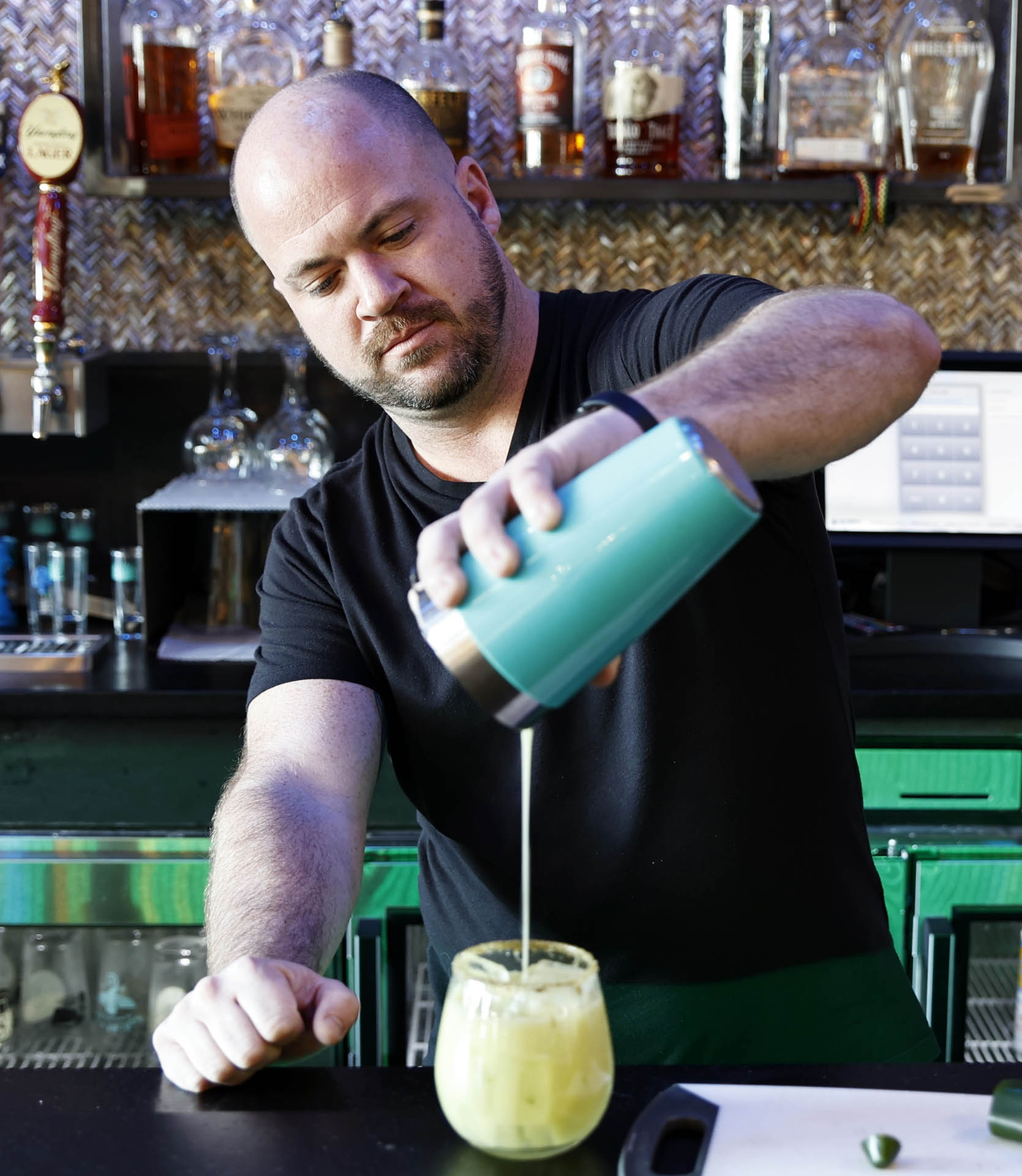 “I was visiting Wyoming and discovered Wyoming Whiskey’s Outryder [bourbon], which is not sold in New Jersey,” he said. “Wahoo’s did this customer a favor.”

Indeed, Duchi orders Ortega’s favorite bourbon and keeps it on the shelf.

Duchi said he realizes all the herculean hard work and time it took to open Wahoo’s, as well as working 80 hours a week and missing holiday and birthday celebrations, “was worth it.” Like his establishment, Duchi believes life is all about having fun.