U.K.-based hand-poured candle maker Evermore London transports dreamers back in time to the dark wooded cigar rooms of 20th century England with Smoke, inspired by the rich burning embers of cigars. The luxurious candle is housed in sustainable recycled glass and slowly fills the room with aromas of birch tar, cardamom, and cedar laced with subtle undertones of geranium and bay over a dark base of patchouli and vetiver. The scent is as complex and rich as a high-end Cubano itself, turning any area into a reading room of the legendary Hyde Park. Be sure to let the candle burn for at least three hours to allow the melt pool to reach all edges of the candle, and when it’s time to put out the flame, avoid blowing and use a candle snuffer instead to reduce smoke. Burn time is 60 hours. $60, evermorelondon.com 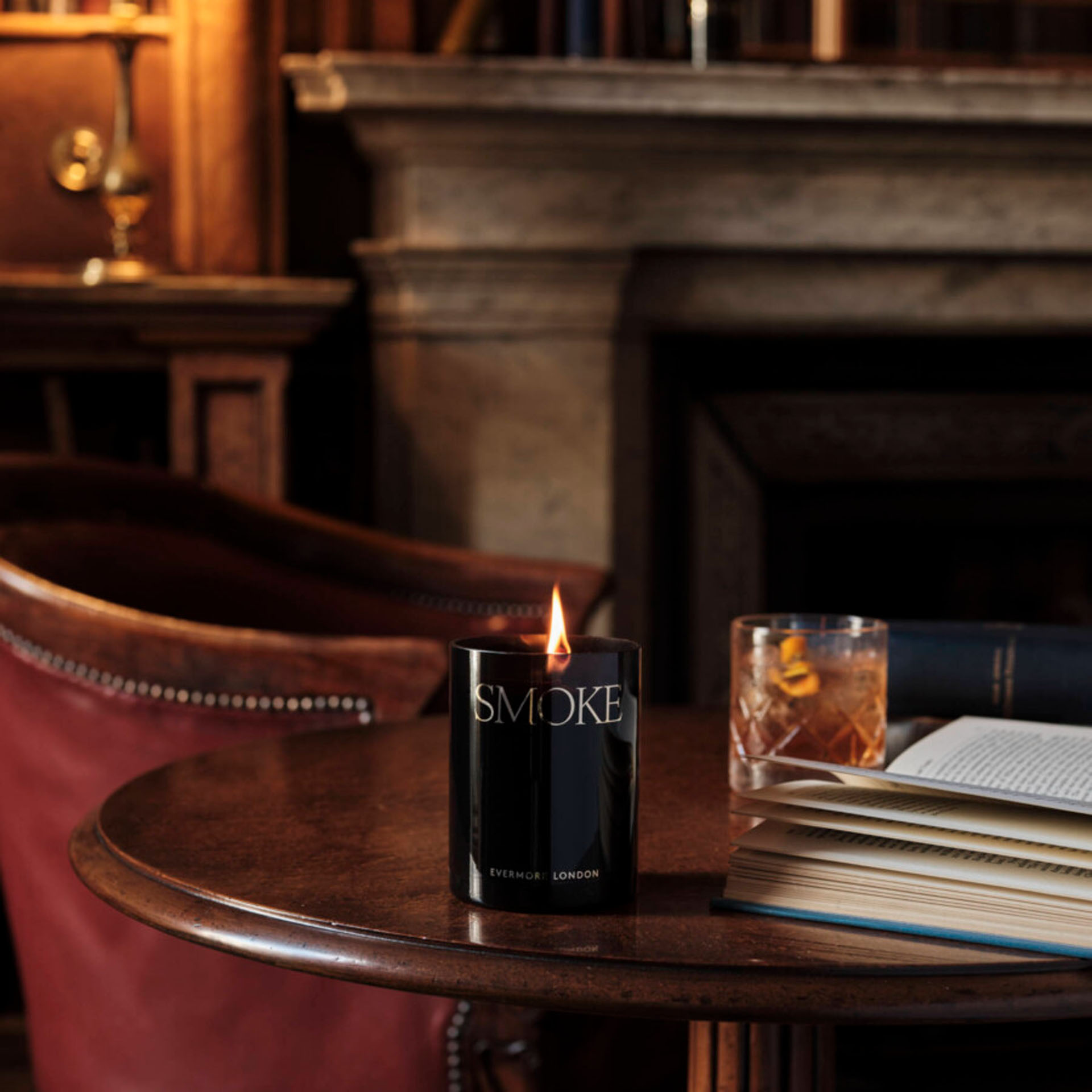 A NEW HOME
In November of 2021, cigarmaker Dr. Gaby Kafie was forced to move his cigar making operation from Honduras to the Dominican Republic due to a combination of hurricane damage and supply chain issues. This fall, Kafie 1901 is releasing its first all-Dominican blend to pay tribute to the brand’s new home. The line, called Serie L Natural, is a collaboration between Kafie and Manuel Inoa, master blender at La Aurora, the oldest running cigar producer in the DR. These cigars ship mid-September in two sizes, robusto and toro, and feature a wrapper, binder, and filler all grown in the Cibao Valley. Single origin cigars are a rare thing in today’s global cigar market, and the localization of tobacco allows for greater control in the selection and aging process. The packaging looks to the past, paying tribute to Kafie’s grandparents and the year 1901, when they arrived in Honduras. It’s been a season of transition and change for Kafie 1901, and from that difficult period the cigar maker is emerging stronger than ever. $9.50-$11, boxes of 20. kafiecigars.com 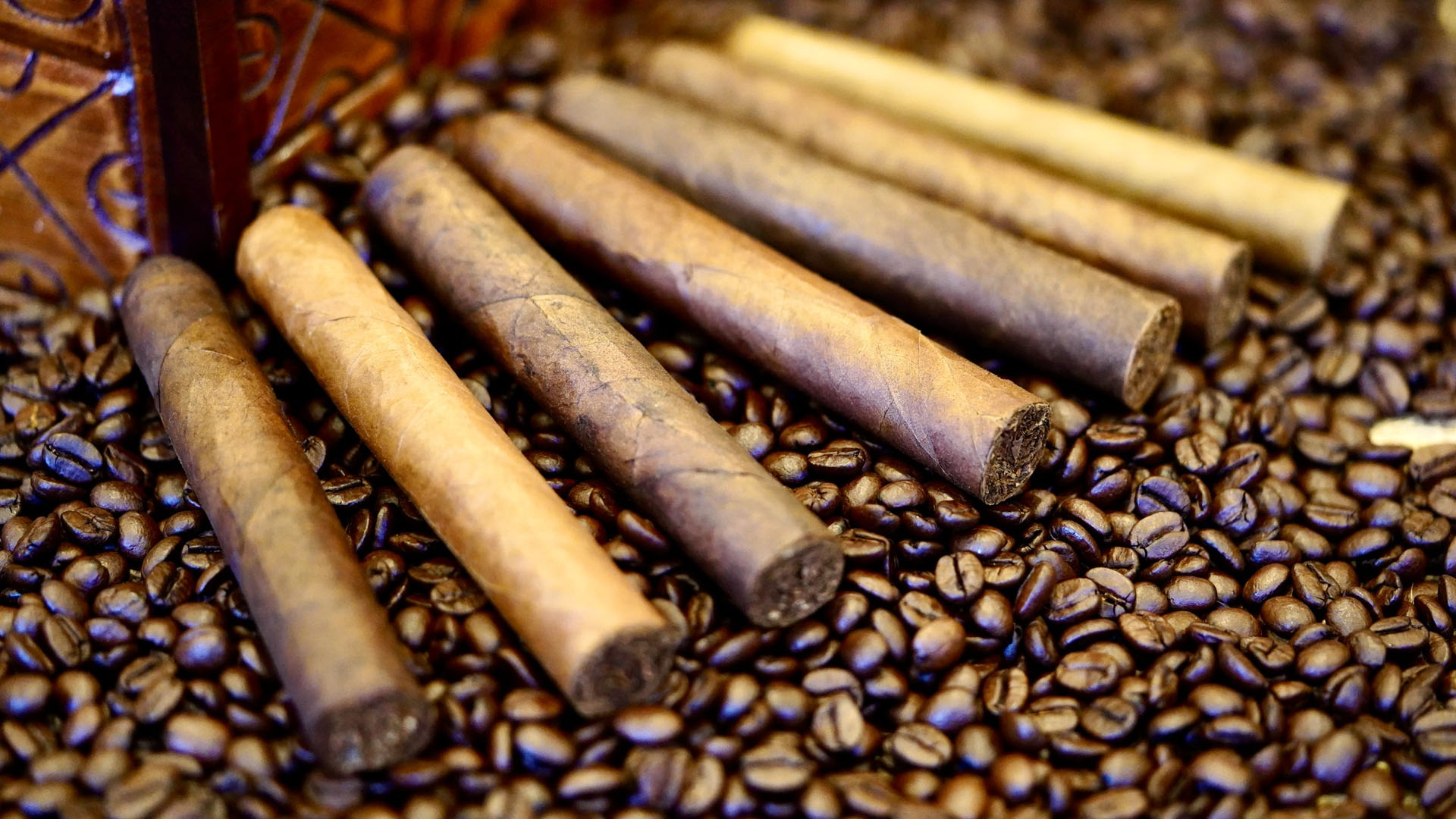 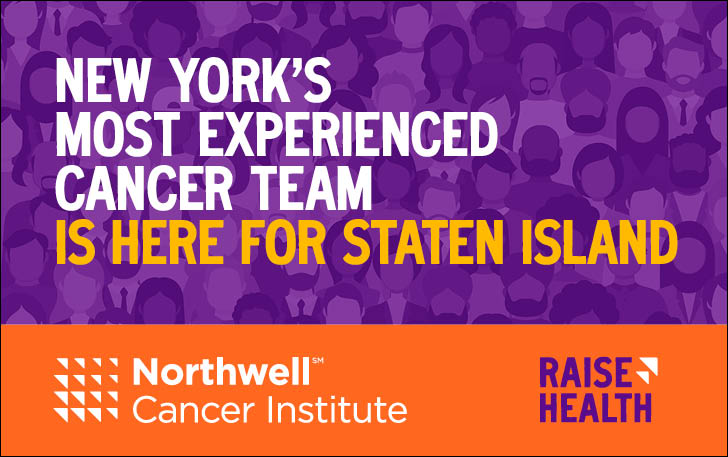 THE ROYAL TREATMENT
The latest release in Caldwell’s royalty-themed lineup of cigars, Long Live the Queen is a much anticipated highlight of this fall’s slate of new arrivals. The boutique cigar maker’s previous releases, Long Live the King and the King is Dead, drew praise for pairing rare, hard to source tobaccos with unique packaging and branding. Long Live the Queen continues that tradition, bringing together a Cameroonian cover leaf, a Sumatran binder grown in Indonesia, and a blend of Nicaraguan and Dominican fillers. Brand owner Robert Caldwell said he’s been aging this blend for the better part of a year, and if the flavor profile of this cigar’s predecessors is any indication, fans are in for a bold, unorthodox smoke worthy of the royal crown. This line of cigars arrives mid-October in spare, bright packaging in an on-theme lineup of sizes: Queen’s Sword, Queen’s Court, Queen’s Sceptre, and Queen’s Club. $14-$16, boxes of 10. caldwellcigars.com 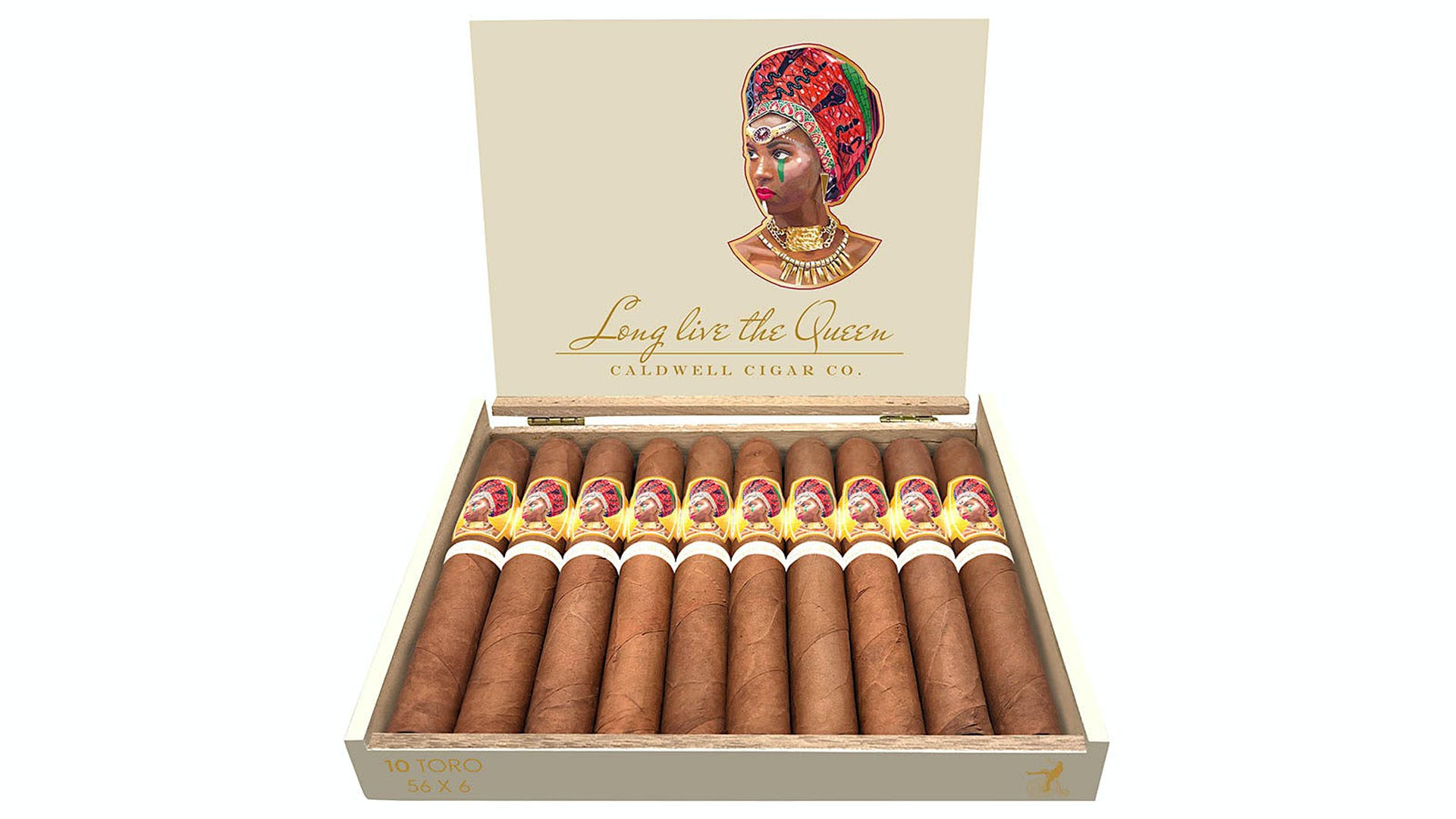 TAKE TWO
For whiskey aficionados, Michter’s counts among the giants of American whiskeys, the stuff people get into bidding wars over. This month, the distillery will be releasing a second batch of its coveted US*1 Toasted Barrel Sour Mash Whiskey, first released in 2019. That first go-around, the whiskey was selected as “Whisky of the Year” by The Whisky Exchange, the first time an American whiskey won the award. This latest release takes that 2019 whiskey as a starting point, transferring fully matured barrels of the original release into special toasted barrels for further aging. The 2022 US*1 Toasted Barrel Sour Mash Whiskey adds notes of smoked honey and gingersnap cookies, injecting subtle nuances of flavor without clouding the original profile that made the first release such a hit. Michter’s limited production whiskeys are distilled and aged in Louisville, Kentucky, the mecca of American whiskey. As with any Michter’s release, this bottle is subject to allocation. Whiskey hunters and collectors have a new holy grail. $100/750 ml, 86 proof. michters.com 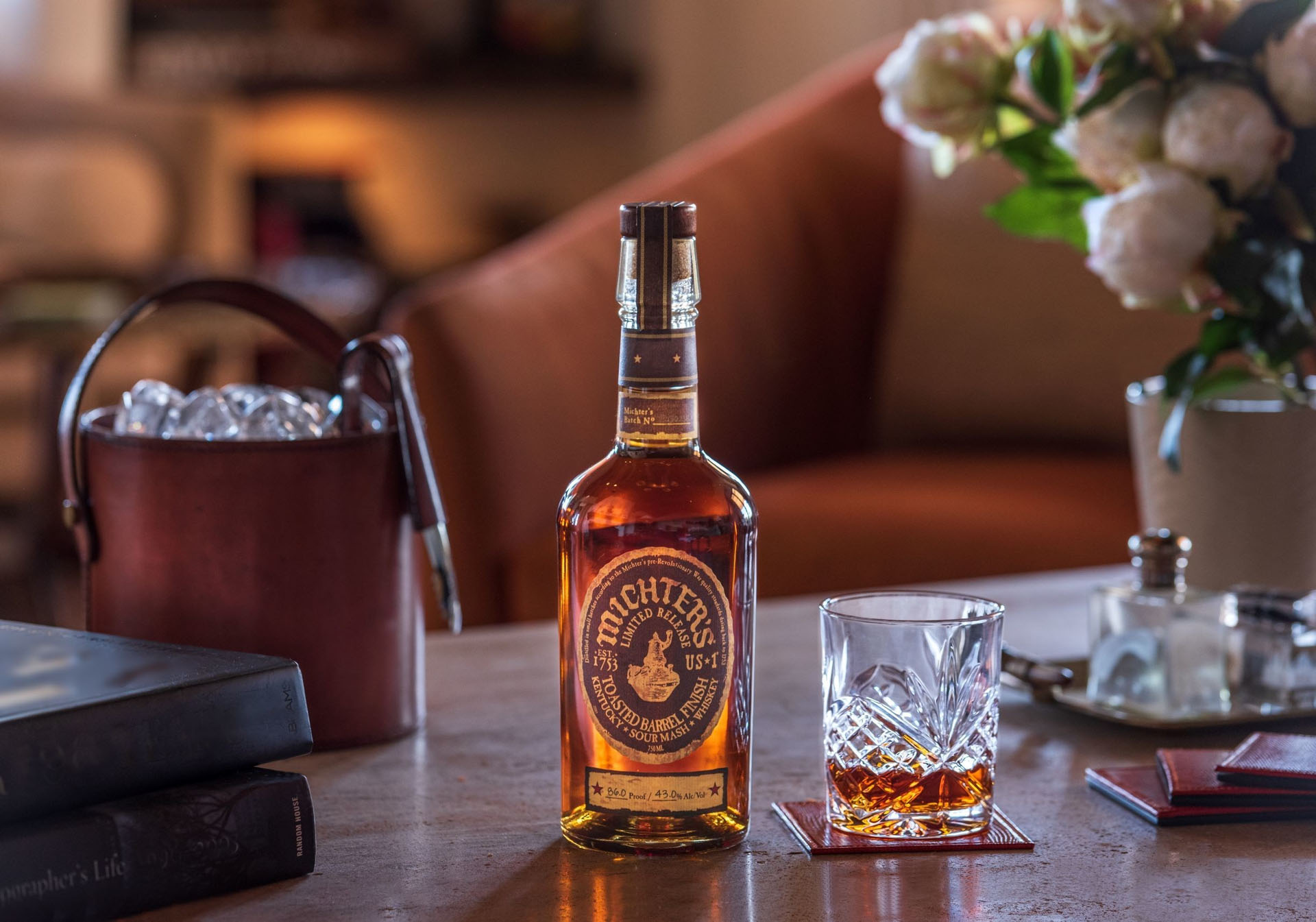 Life Of The Party
Brooklyn’s Threes Brewing has been steadily growing on the craft scene since its launch in 2014. They’ve made a name for themselves interpreting traditional brews for a new generation of beer drinkers: crisp pilsners, witbiers, and saisons have been staples at the brewery. Their latest release is true to form, a take on a seasonal classic for when the days begin to shorten and people’s backyards become hospitable once again: the Oktoberfest. Dubbed Hereafter, the beer is a straightforward adaptation of an Oktoberfest, pairing German Spalter Select hops with German Pilsner and Vienna malts. It’s a smooth, balanced lager with spicy and citrusy notes. There’s a reason many smaller breweries don’t attempt Oktoberfests: it’s a distinct brew produced by a select number of storied, mostly German breweries. With the release of Hereafter, Threes carries on the tradition of a beer meant to be enjoyed in celebration. $17/four pack, threesbrewing.com 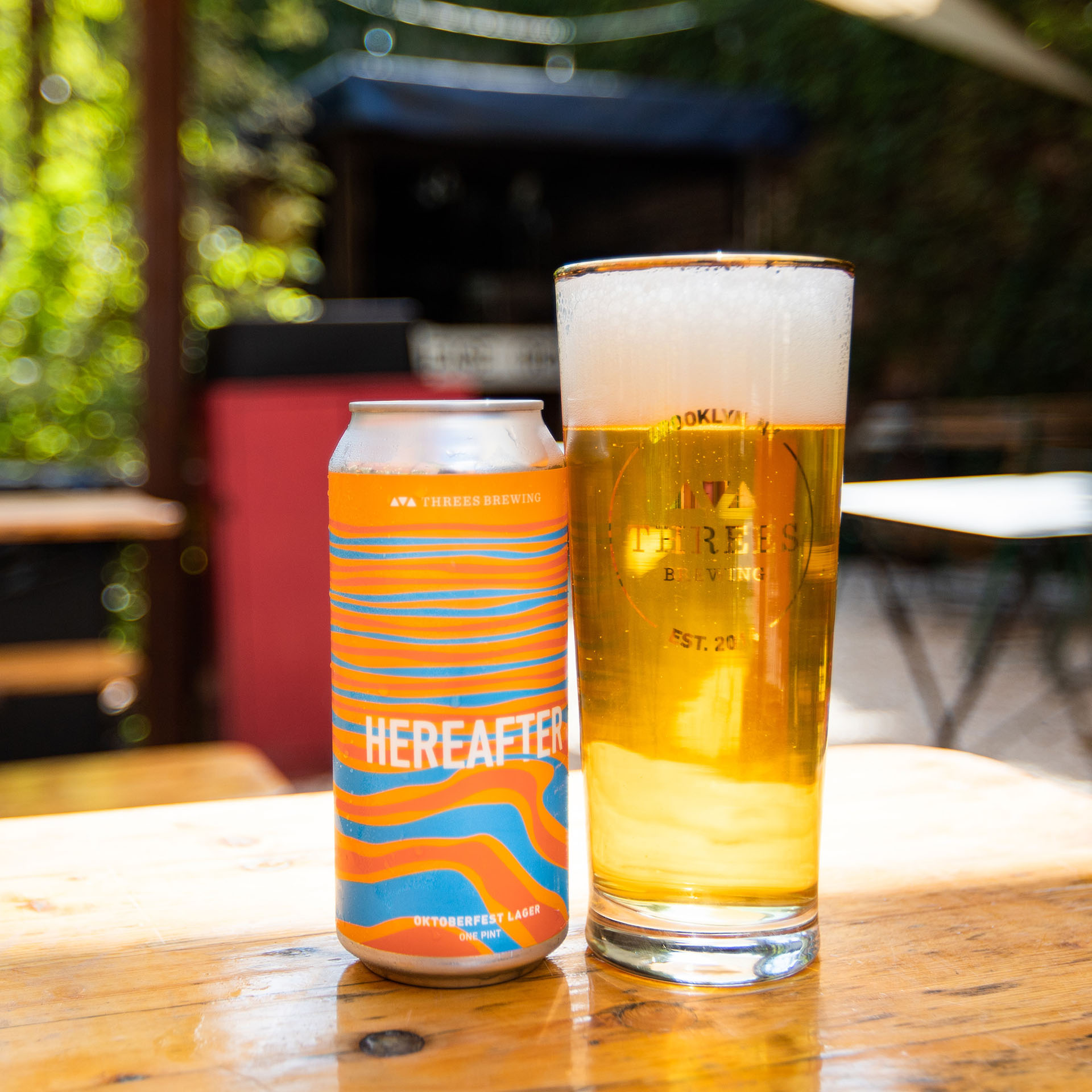 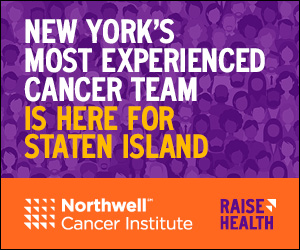 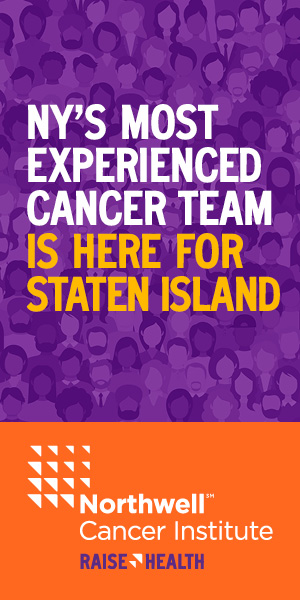