A LEGEND ON WHEELS

WITH SAGACITY, SOUL, AND STYLE, THIS SUMMIT DEALERSHIP CARRIES ON THE LEGACY OF A CLASSIC BRAND: ASTON MARTIN

Aston Martin needs no introduction. A ubiquitous movie car and cultural icon, this is the type of car you can see with your eyes closed, the heart-pumping dream machines car enthusiasts across the globe hung posters of on their walls as kids. As with everything famous, it can be hard to remember that Aston Martins are, at the end of the day, real, driveable cars. This is where the team at Aston Martin Summit comes in: to make the legend a reality. Dealer principal Kevin Flanagan has been running the retailer for the past twelve years, but it’s a role he’s been preparing for his entire life. 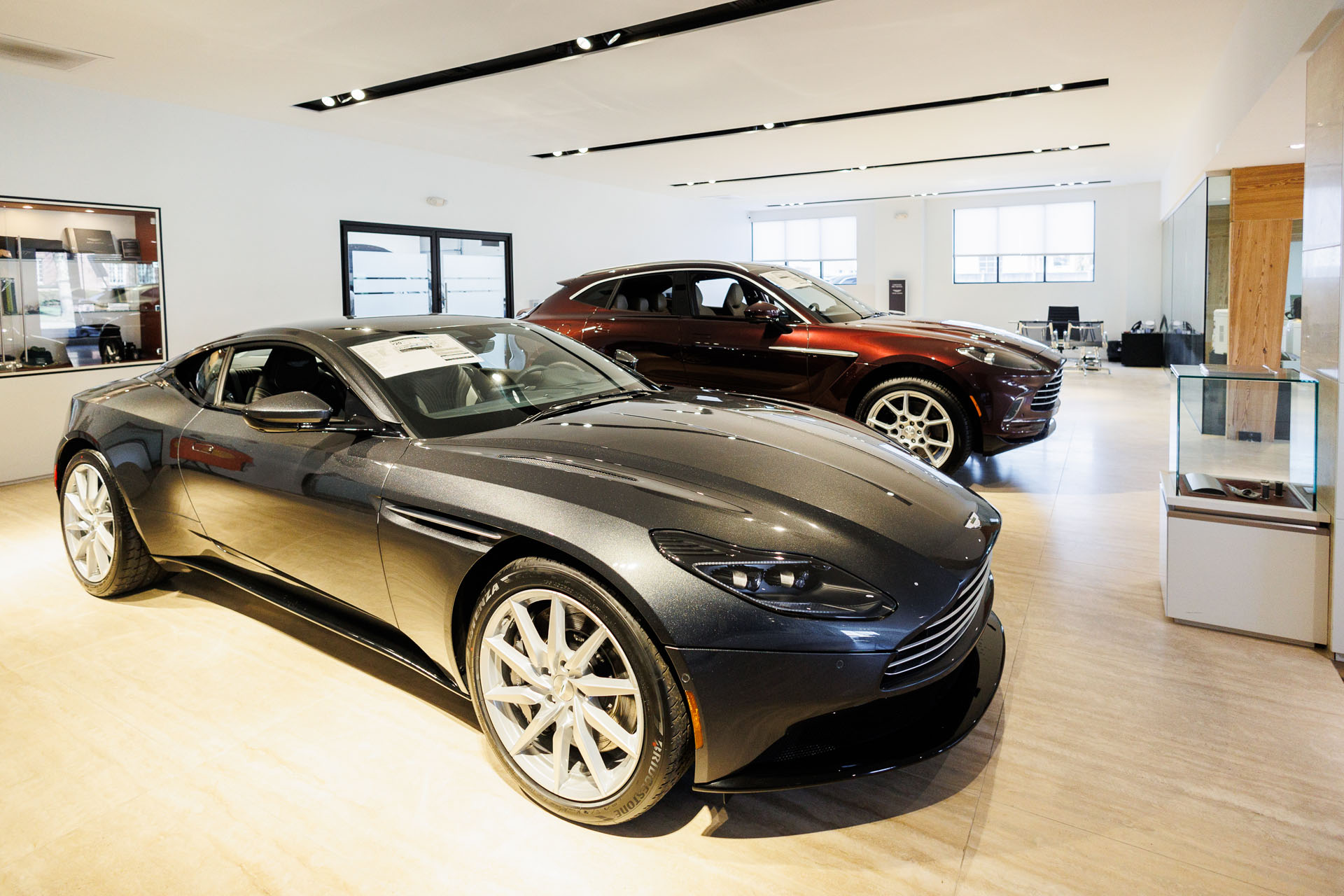 “I’ve loved everything mechanical since I was a kid,” he said. “I used to ride dirt bikes and pull stuff out of the garbage and fix it. I was that kid growing up. So when I was a teenager I was a mechanic; I was on a line and worked on cars. And then I moved to the business side.”

Flanagan’s parents are from Ireland. His father, also a mechanic, grew up in the heyday of classic British sports cars and passed that love on to his son. When the time came for Flanagan to run his own dealership, there was a never a question it would be Aston Martin. And that heritage, combined with Flanagan’s comprehensive knowledge of the car business, has made for a perfect marriage.

“Running a car business is kind of like running five businesses,” Flanagan said. “Knowing each of those intrinsically and organically really makes a difference in my ability to confidently walk into any of my departments and know fundamentally what everybody’s talking about.”

The dealership, tucked away in downtown Summit, is a far cry from the bustling mega-retailers of the world. It’s an unassuming storefront, showing off the latest inventory, a DBX perhaps, or a sporty DB11. As with any exotic retailer, customers range from the die-hard enthusiast and collector to the weekend driver looking for style. 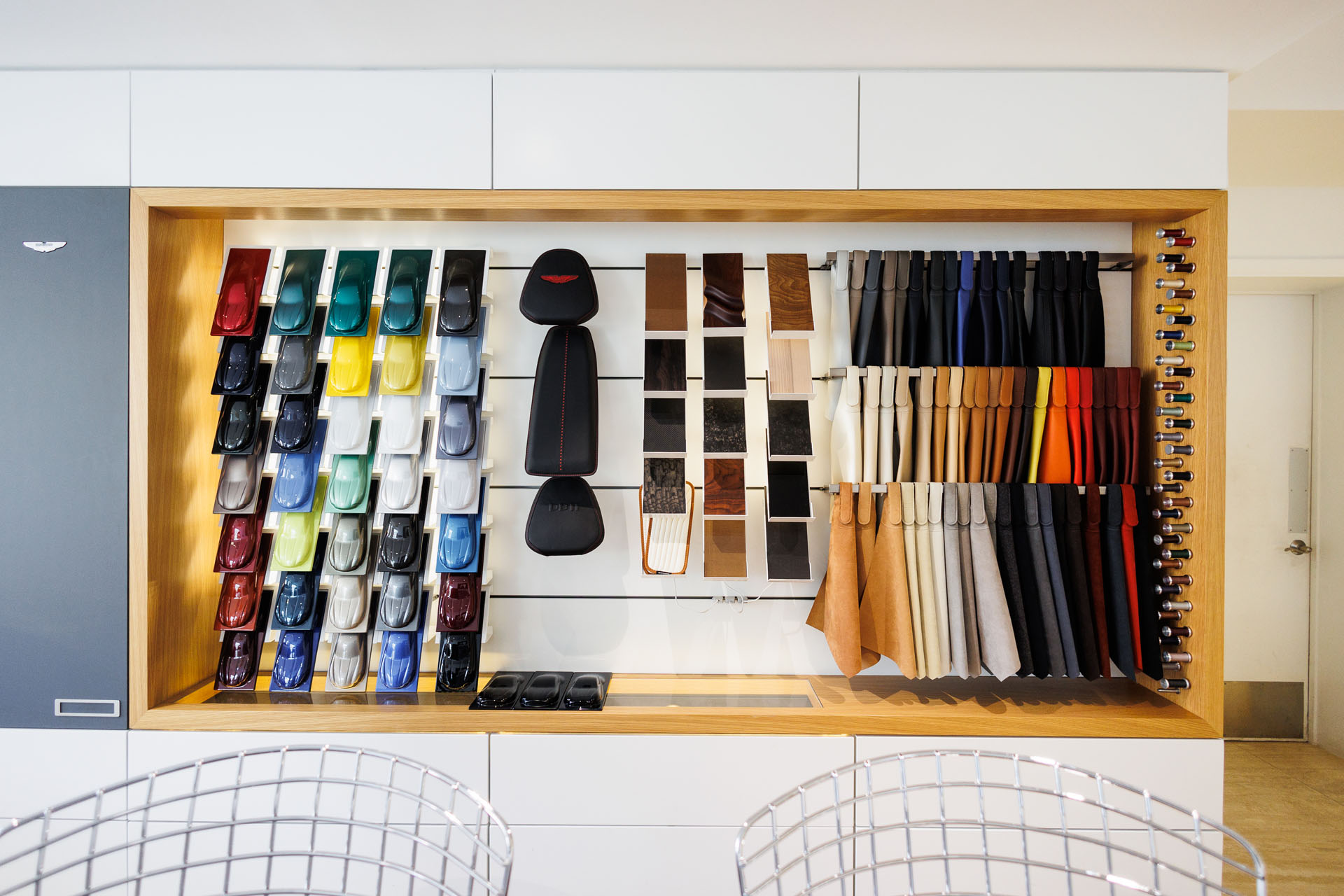 “Customers come in with a sense of what the brand is; there’s an emotional attachment,” said Flanagan. “What they typically don’t know as much about are the details of the vehicle. And that’s really where we shine as a dealer.

Knowing that this car has a heritage of V12 engines and that it’s not just a big gas engine that we just chuck in. Or that it’s a front-mid-engine car with a torque tube. Explaining that to customers makes a difference.” 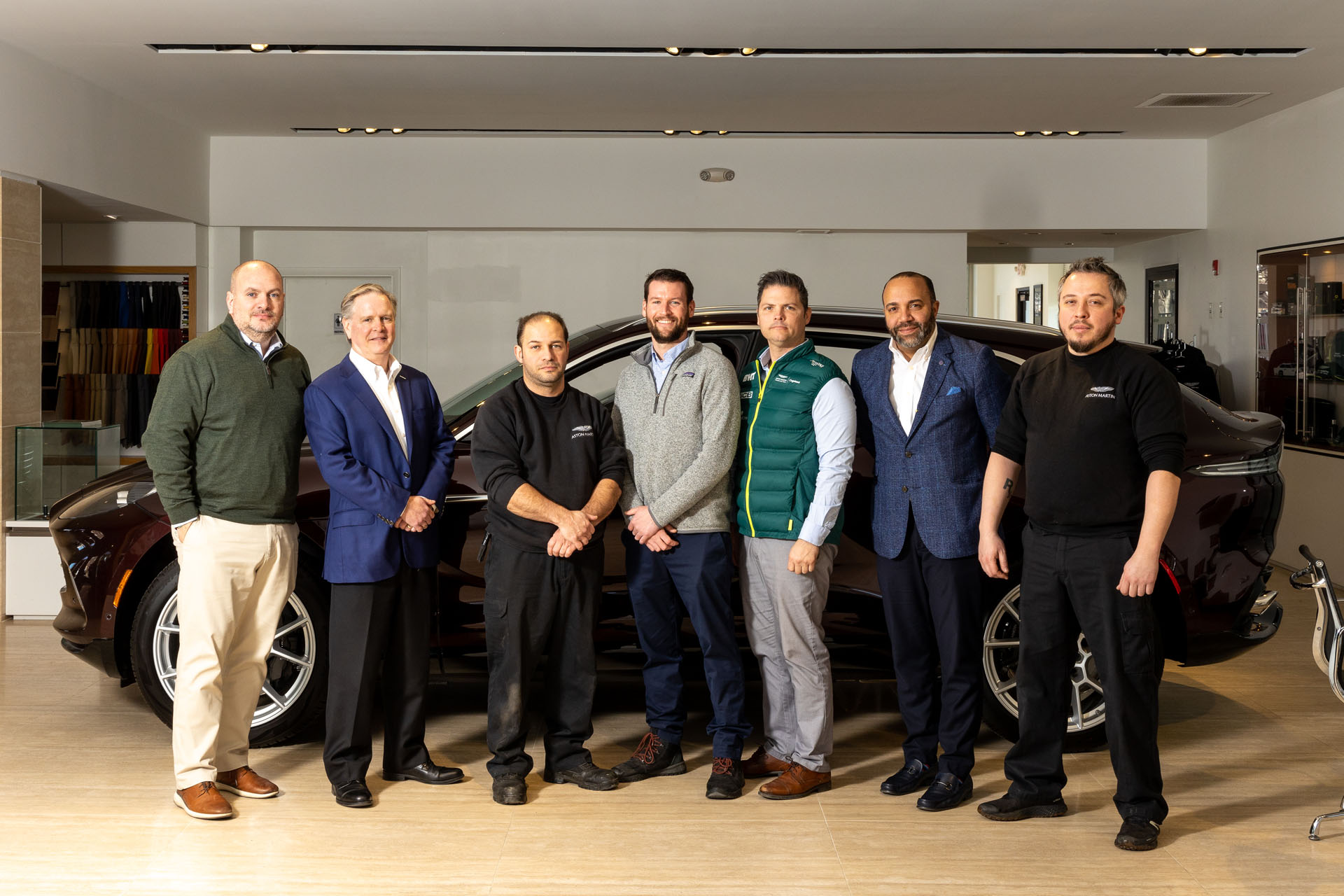 Aston Martin has been around since 1913, and like many classic car brands, it walks the line between honoring that heritage and keeping up with contemporary trends. The DBS Super leggera, Aston Martin’s current flagship model, features a turbocharged V12 and signature powertrain while leaning into a more aerodynamic, modern look. Since 2013, Aston Martin has partnered with AMG to outfit its vehicles with the best and latest in technology. It’s allowed the brand to focus on its strengths: craftsmanship, quality, and style, while ensuring its machines are entirely of the moment. 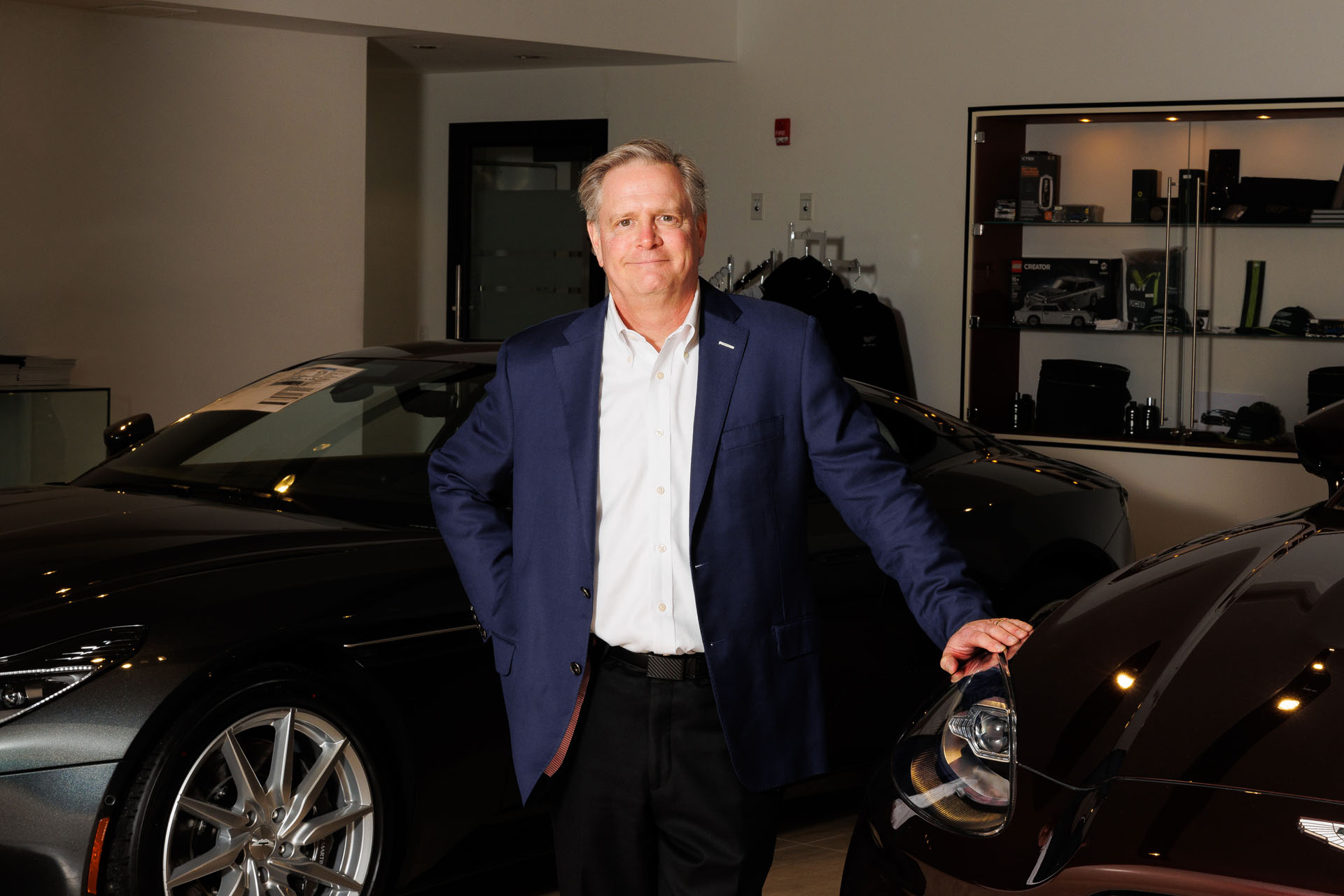 With two new models, the Valhalla and the astoundingly fast 1,160-hp Valkyrie, coming out in the next few years, Aston Martin is poised for thrilling years ahead. The cars tap into Aston Martin’s racing roots, as the Valkyrie is a bona-fide speedster, a hybrid track car with a sleek look that wouldn’t be out of place at Le Mans. The Valhalla is pitched as the more “everyday” version of the car, although you wonder how “everyday” you can get with a carbon fiber chassis, a FlexFoil rear wing, and a race inspired steering wheel. Aston Martin has gotten into daily drivers in recent years the DBX SUV blends everyday practicality with classic Aston thrills but these latest models are a reminder that these are, above all, cars meant to be driven, and driven fast.

For Flanagan, and for true fans of Aston Martin, these aren’t toys. There’s real beauty here, and a legacy of craftsmanship. Buyers can choose specific types of stitching. Leather interiors are sourced from the Scottish Highlands, where the animals are left to roam freely without barbed wire, producing a blemish free leather. Here, details matter.

“When you walk through the plant at Gaydon, which I have, you see that they have a whole section of the plant of industrial sewing machines where the seamstresses sew all of the pieces by hand,” Flanagan said. “They’re not done by a big robot or a die cast machine. They’re sewn literally at a bench by hand by a human being with two eyeballs.” 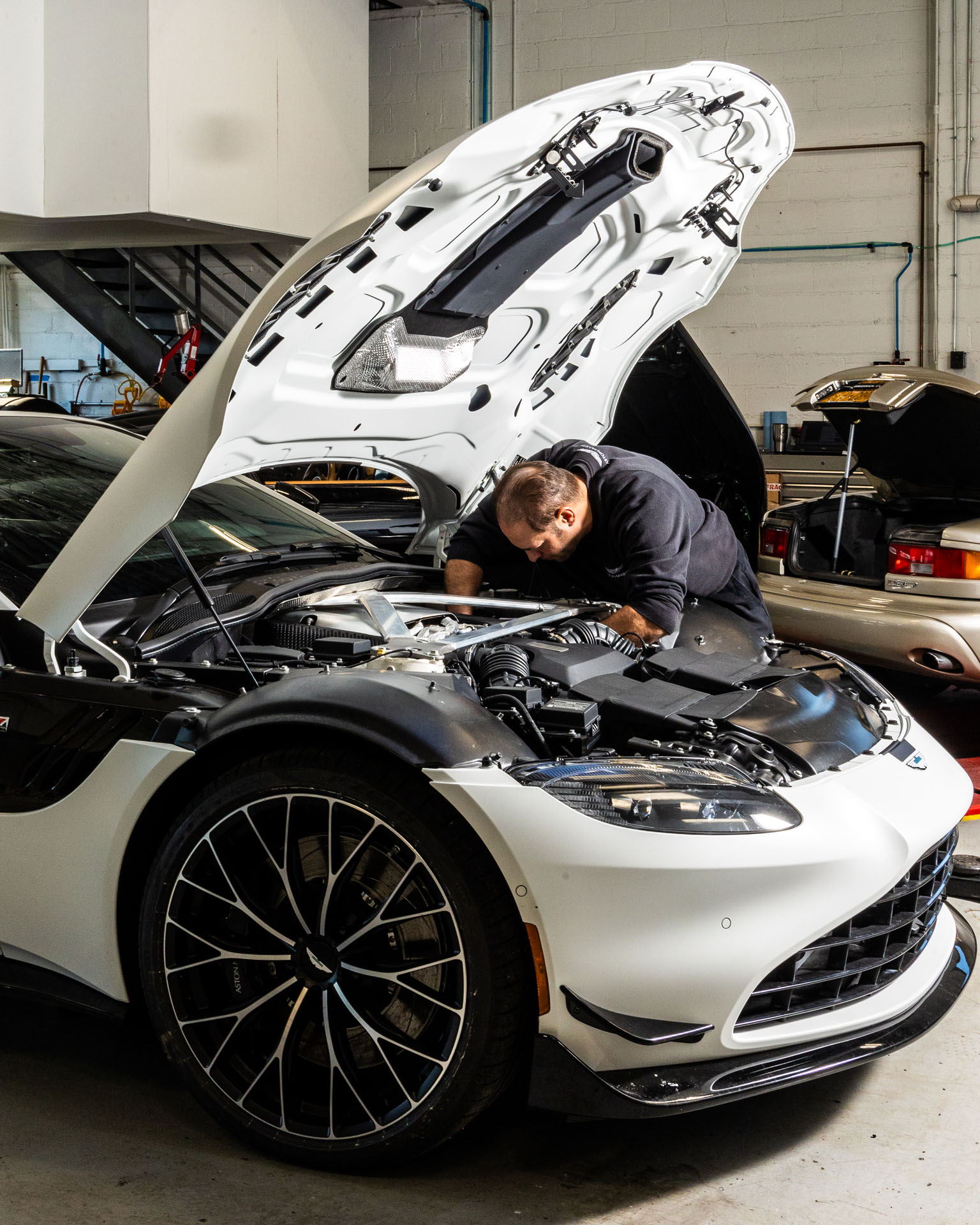 In the age of cars sold in vending machines, it still matters to have places like Aston Martin Summit, a bespoke dealership run by people who live and breathe cars, who couldn’t imagine driving anything else. Flanagan’s favorite? “The DBS, hands down.” 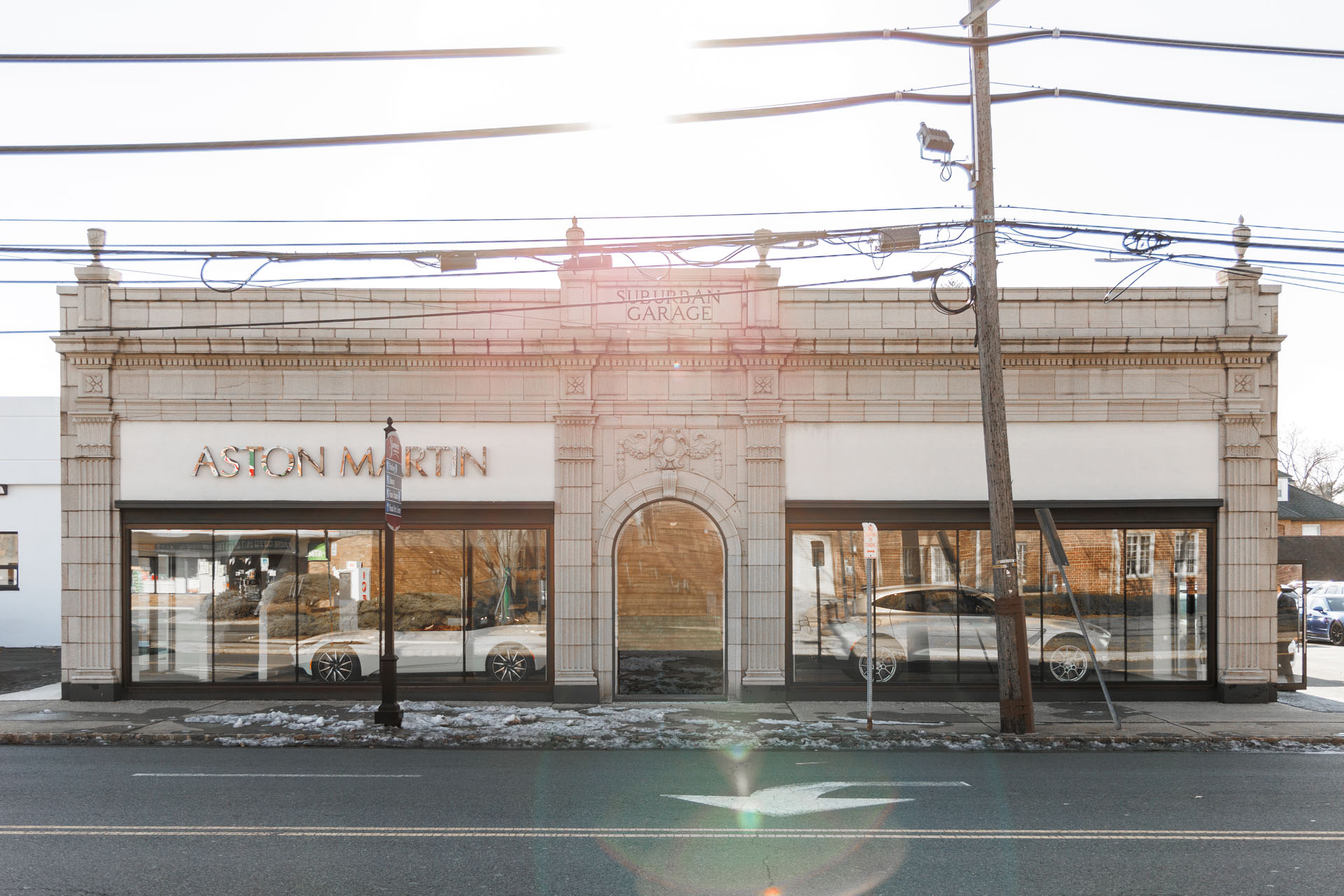