THIS ACADEMY AWARD NOMINEE HAS BEEN A GENTLY INSCRUTABLE CHAMELEON THROUGHOUT HIS CAREER, AND THIS YEAR IS SET TO TAKE ON, AMONG OTHER ROLES, FORMER PRESIDENT BILL CLINTON

Clive Owen is one of those rare performers who is considered an A lister and a character actor at the same time equally adept playing the lead in an action thriller or in smaller roles in historical dramas. The Brit has used numerous accents in these efforts, too, including an American one that’s nearly flawless, and has never flinched from taking a challenging assignment. 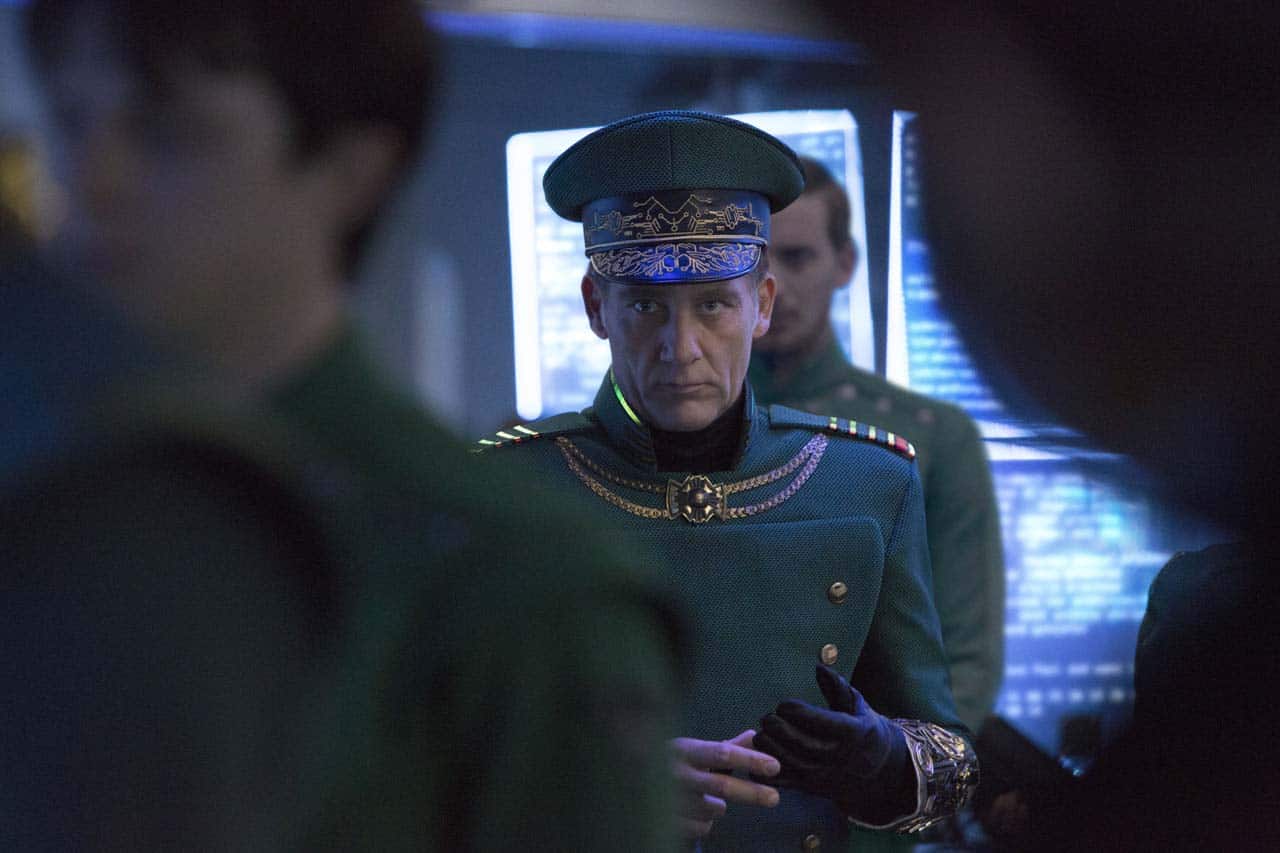 2020 will bear that quality out amply, as it will see him taking on three very different screenplay identities: as a recently deceased author in Stephen King’s miniseries, Lisey’s Story (on Apple TV+), as a law enforcement agent in the March 13 released Thunder Road Pictures and Imagination Park Entertainment film, The Informer, and none other than former president, Bill Clinton, in the FX production Impeachment: American Crime Story.

“My career is a complete mixed bag. It’s got everything in it. There’s no pattern to my career, really. I like to jump in and try everything,” he told GQ in 2019.

Perhaps Owen’s desire to try everything stems from early years, a childhood he’s classified as “rough.” Born in the British Midlands area of Coventry in 1964, his country and western singer father, Jess Owen, left the family when he was three, leaving his mother, Pamela, to raise Clive and his four brothers alone. She eventually remarried, but that only provided a modicum of working class stability. 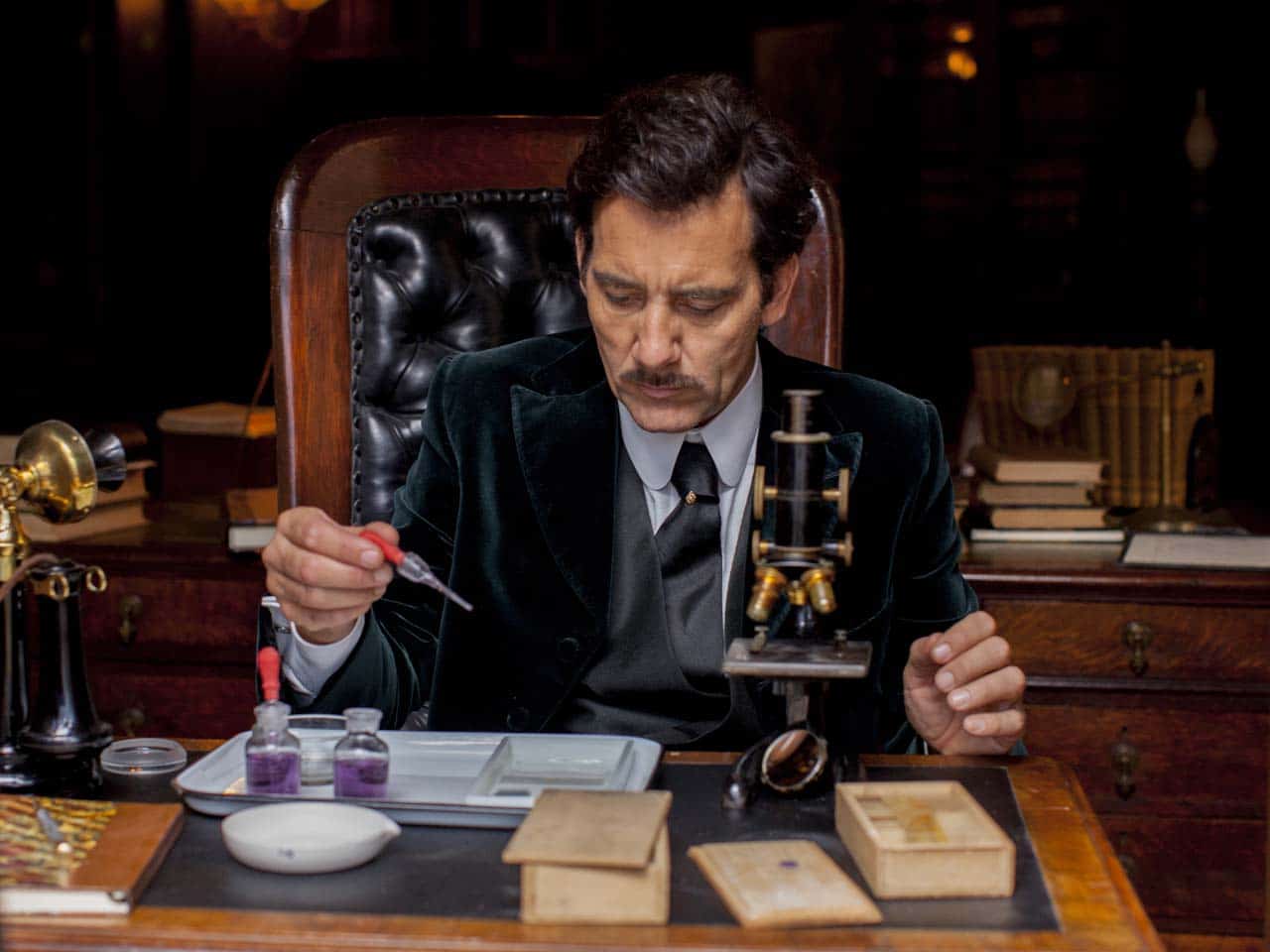 He got a taste for acting at 12, when he played The Artful Dodger in a production of Oliver!, after which he joined a theater group in Coventry, and remained a member into secondary school years.

As Owen’s desire to act grew stronger, his grades took a dive, though when his teacher suggested he enroll in drama school after graduation, he resisted. “But I was a very prickly kid,” he told The Times writer, Alan Jackson. “I genuinely believed [acting] was something you couldn’t be taught, and gave her my little speech to that effect. It ended, ‘And even if I were to want to go, there’s only one, isn’t there?’”

The school he was speaking of was the Royal Academy of Dramatic Art in London. He managed to get into “RADA,” but dropped out of secondary school before graduation due to personal issues. After spending two years trying to find work, he re enrolled at RADA and graduated in 1988. 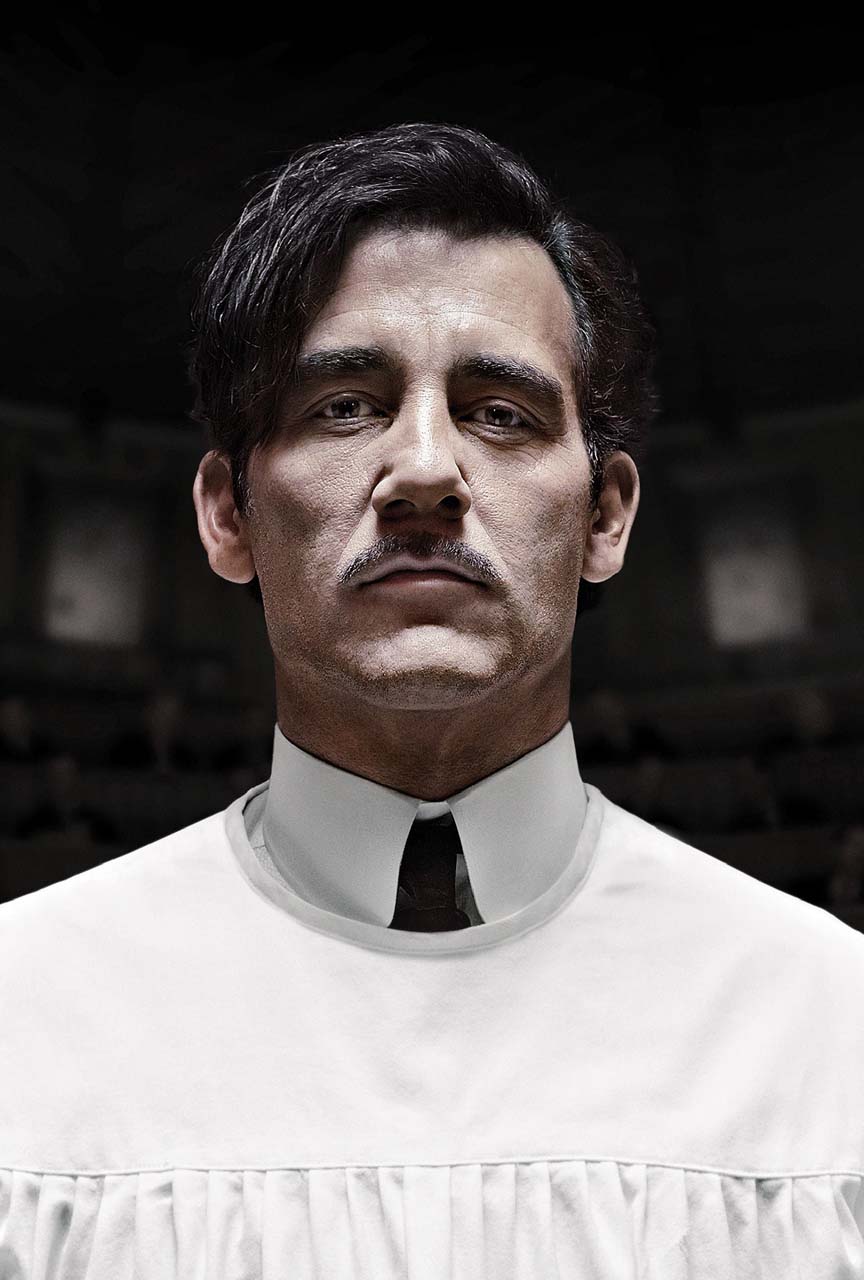 After some well received stage roles, a couple of on camera performances, and a stint at the Young Vic doing Shakespeare, Owen broke out in the 1990 ITV series, Chancer, playing shifty car dealer, Stephen Crane. The nineties brought him more movie, TV, and stage roles, including a turn opposite Halle Berry in the 1996 film, The Rich Man’s Wife. It was his role as casino card dealer, Jack Manfred, in the 1998 film, Croupier, that truly gathered international attention, however, especially after it was released in the U.S. in 2000. 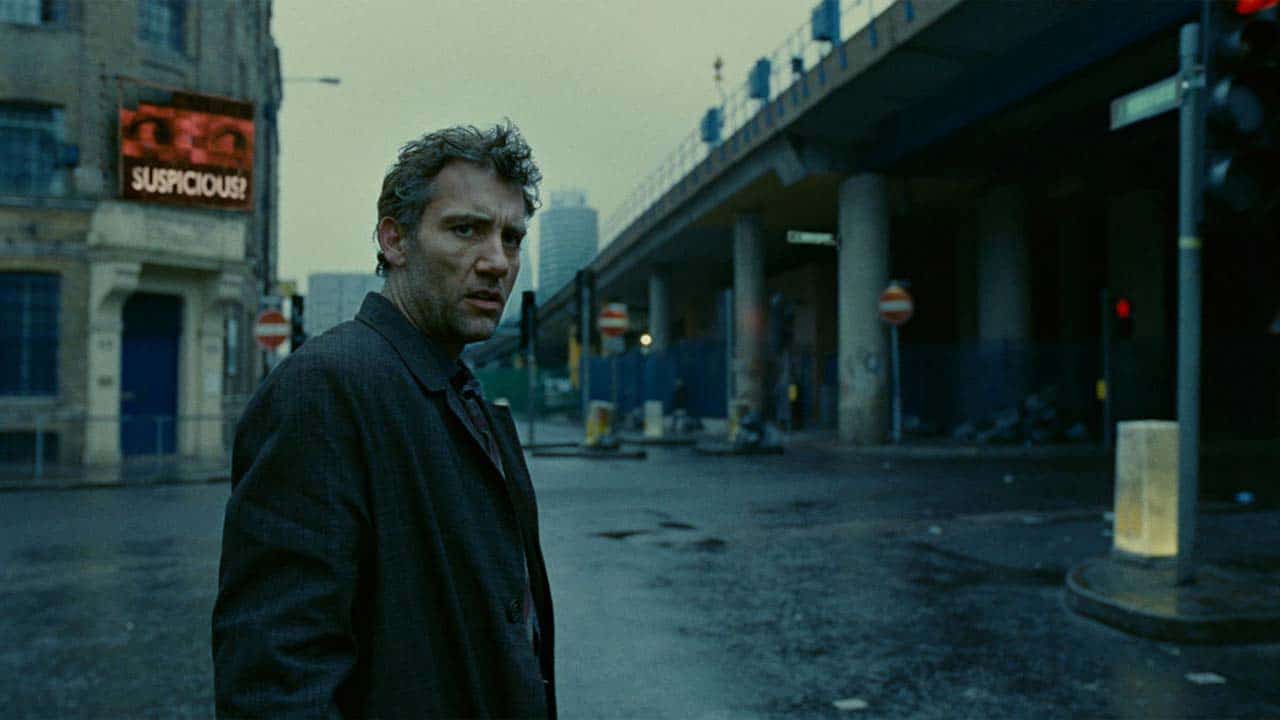 “The choice of Clive Owen as the star is a good one,” wrote the late Roger Ebert in his review of the film. “He’s got the same sort of physical reserve as Sean Connery in the Bond pictures; he doesn’t give himself wholly to the action, but seems to be keeping a part of his mind outside of it, measuring and calculating. This is not just a strategy but essential to his personality.”

In the intervening 20 years, Owen has been similarly adaptable in roles played. Yes, he’s utilized rugged good looks in action films like I’ll Sleep When I’m Dead, Sin City, and Shoot ‘Em Up, but was nominated for an Oscar for his role in the romantic drama, Closer, in 2004, and has also played King Arthur, Sir Walter Raleigh, and Ernest Hemingway. That last role, in the 2012 HBO movie, Hemingway & Gellhorn (opposite Nicole Kidman), heralded his return to television, just before the flood of A listers starring on the small screen began. 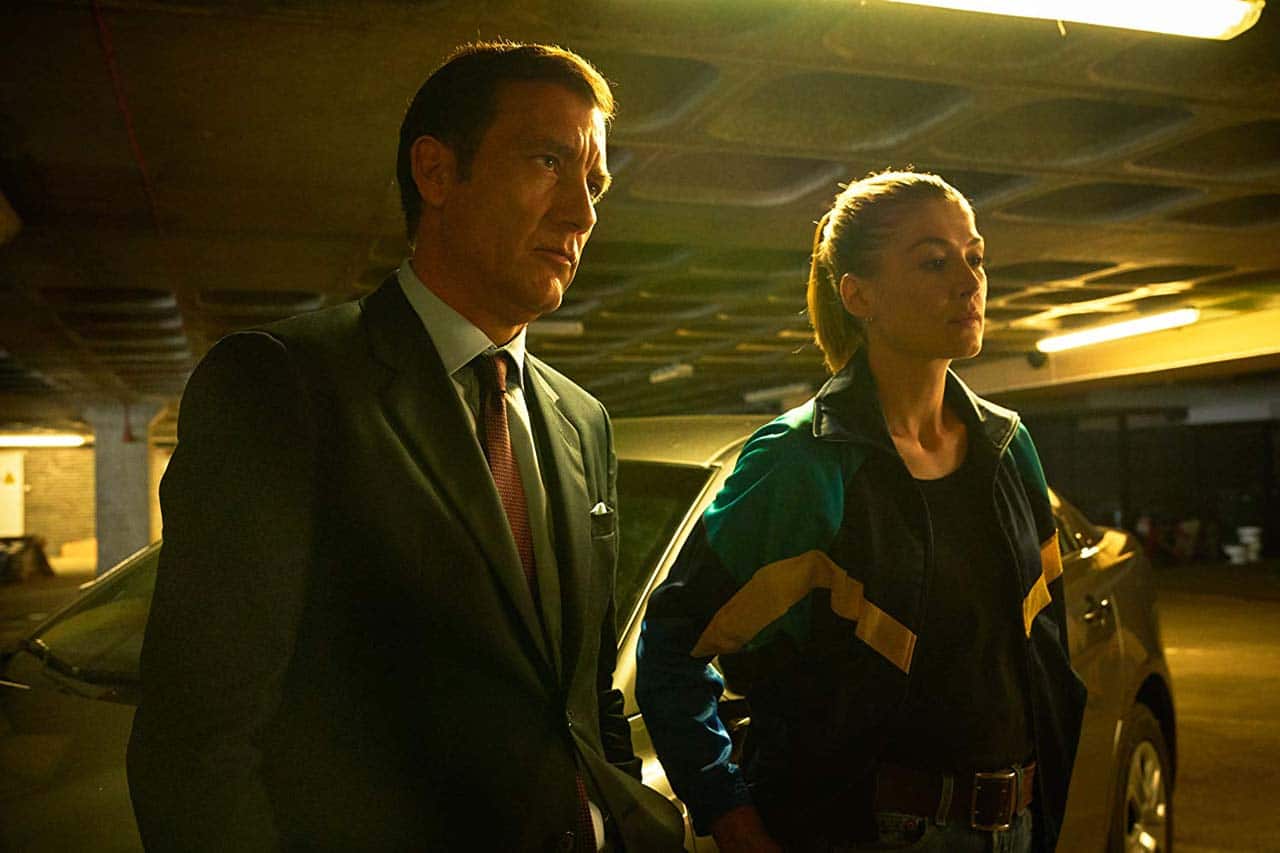 Two years later, he starred as the drug addled revolutionary surgeon, Dr. John W. Thackery, in the acclaimed Cinemax series, The Knick. He was barely recognizable with sunken eyes, a mop of dark hair, and turn of the 20th century mustache, and the show, produced by Steven Soderberg, was certainly not a glamour project. “It sort of feels very edgy and visceral and unlike any other period thing I’ve ever seen,” he told Good Morning America in 2015.

Even more recent years have seen Owen stay similarly busy, including a Broadway debut in the Roundabout Theater Company production of Old Times. He even revived his role of “The Driver” in BMW produced short films that he first did in the early 2000s.

That diversity of roles continued in 2019 and this year; not many actors can say that they worked for Ang Lee and Larry David in the same year, but Owen can. He played himself in a February 16 broadcast episode of HBO’s Curb Your Enthusiasm, and starred as Clay Varris in Lee’s film, Gemini Man, opposite Will Smith. 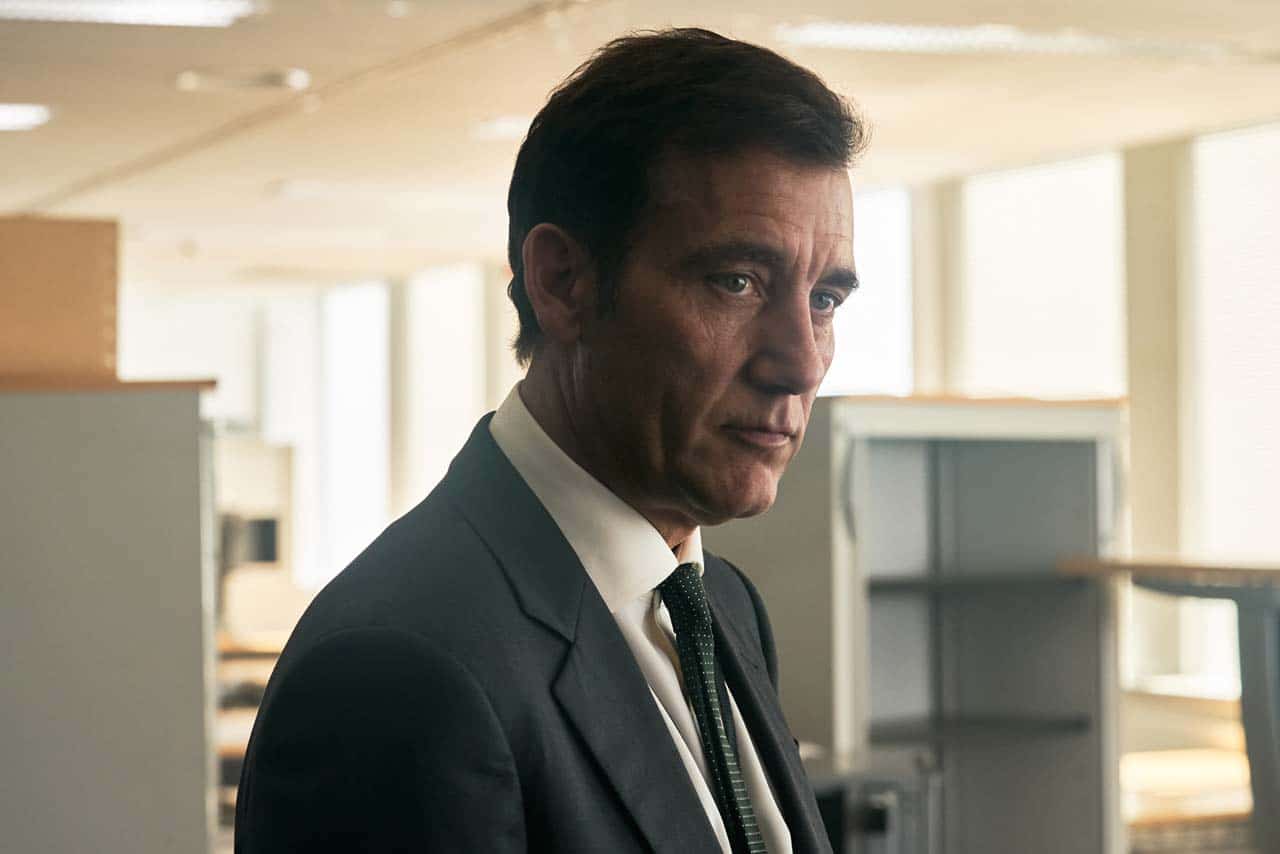 “This film is huge and expansive and travels the world, it’s truly epic,” Owen said in a studio interview for the film, which counts Jerry Bruckheimer as one of its executive producers.

His current streak continues with The Informer, a 2019 film that’s getting a limited release in the U.S. In it he plays Montgomery, an FBI agent who has decided to let his criminal informant, Pete Koslow ( Joel Kinnaman), and his family die in order to ensure other convictions. He and Kinnaman star opposite Rosamund Pike, Common, and Ana de Armas. 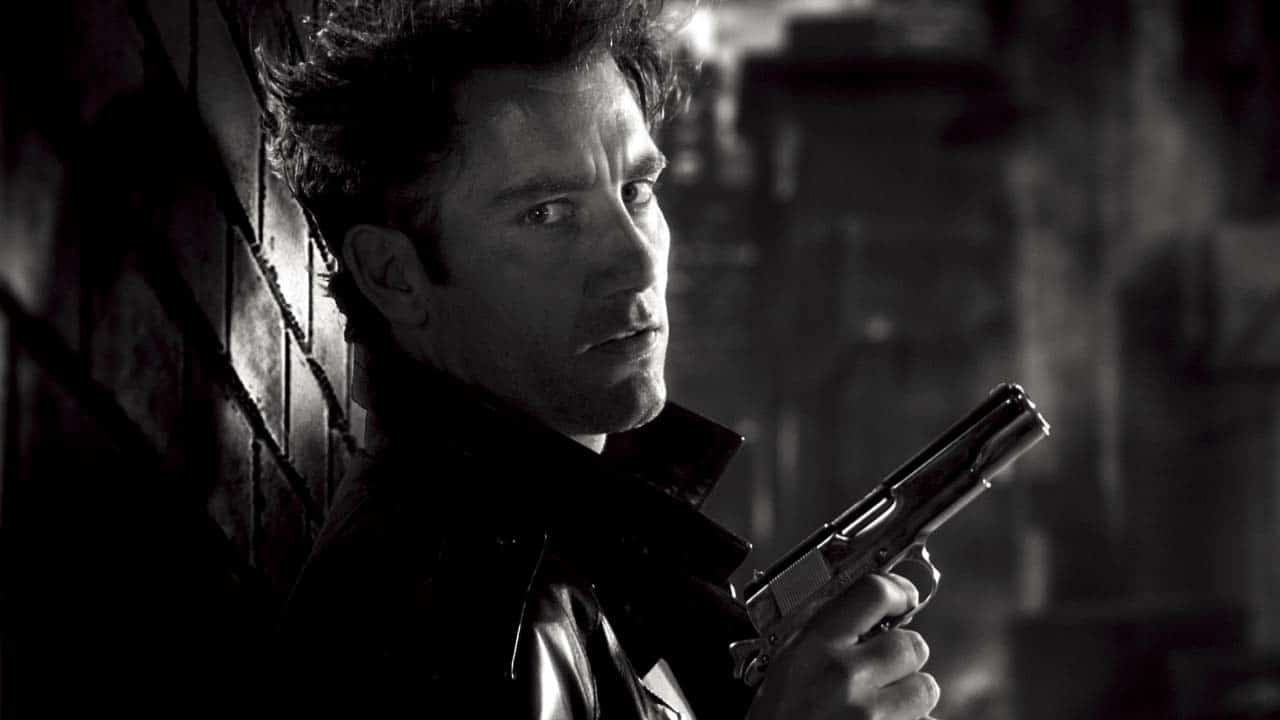 Another project, Lisey’s Story, sees him playing Scott Landon, an author whose story is told in flashback by his widow, Lisey ( Julianne Moore), two years after his accidental death. (King’s inspiration for the 2006 novel was his own experience after being nearly killed by a van in 1999.)

And, while Owen doesn’t talk much about his personal life, he acknowledged to The Guardian in 2009 that things have worked out well for him.

“There is a sense of, um, it’s a better life than I ever could have hoped,” he said. “There’s certainly a huge element of luck in me ending up where I’ve ended up.” 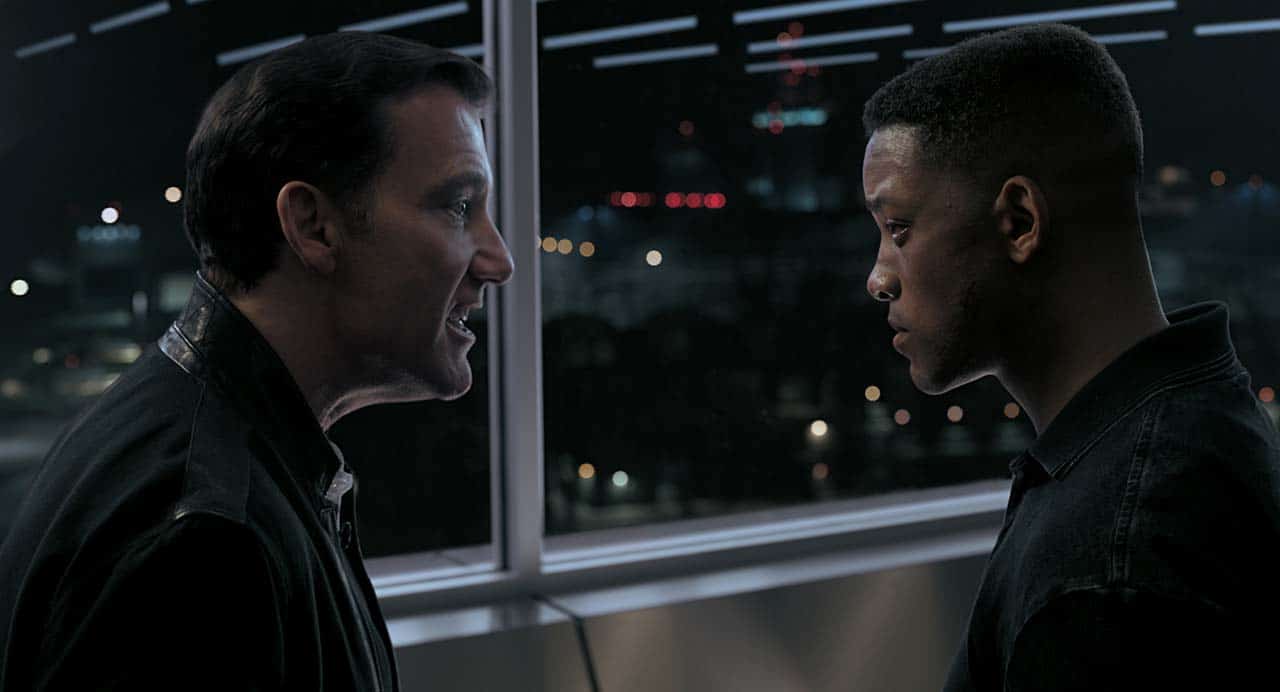