The majority of Dr. Kuldeep Singh’s lymphedema patients have endured years of discomfort and shame: Their condition labeled largely untreatable and their enlarged limbs a constant source of unease, victims of this condition arrive at Dr. Singh’s office with minimal quality of life and a decreased sense of hope. But the revival and reinvention of a historically radical procedure is making a significant difference in the challenged lymphatic systems of many at Staten Island University Hospital, and is changing the way both patients and doctors think. 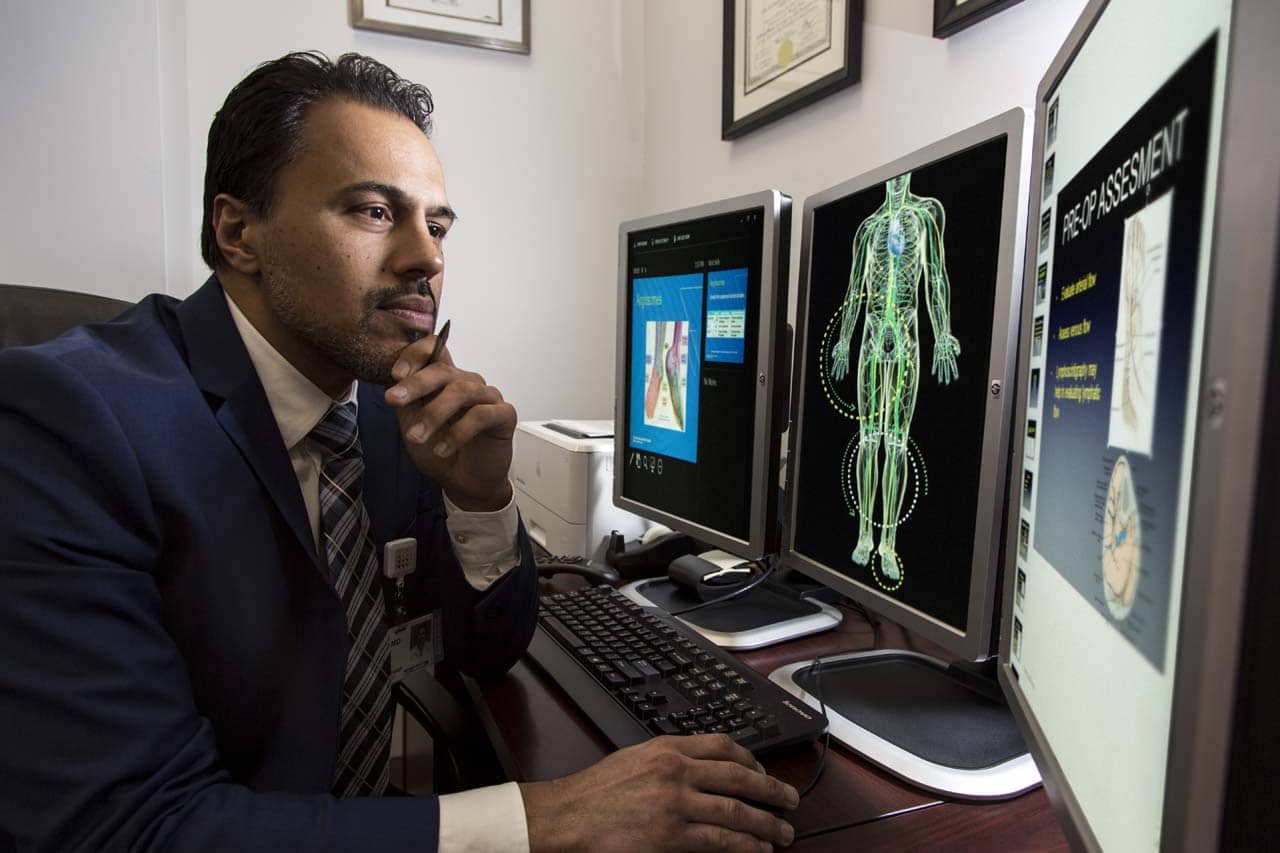 “Lymphedema is categorized by abnormal and massive swelling in the extremities, and is the result of a number of causes it could be congenital, it could be the result of an insect bite often seen in developing countries, or it could be caused by the removal of or damage to lymph nodes as part of a cancer treatment,” noted Dr. Singh. “Whatever the cause, patients suffering from this condition have some sort of obstruction in the lymphatic system which prevents lymph fluid from draining. The fluid builds up, becomes stagnated, and gradually leads to swelling and damaging the skin.”

Different therapies are used to treat it, he explained, but none offer a permanent or viable solution.
“Patients are told to exercise to encourage drainage or use compression garments, but neither of these treatments have proven results,” Dr. Singh said. “After years of chasing answers, many just resolve to give up and live with the condition.” 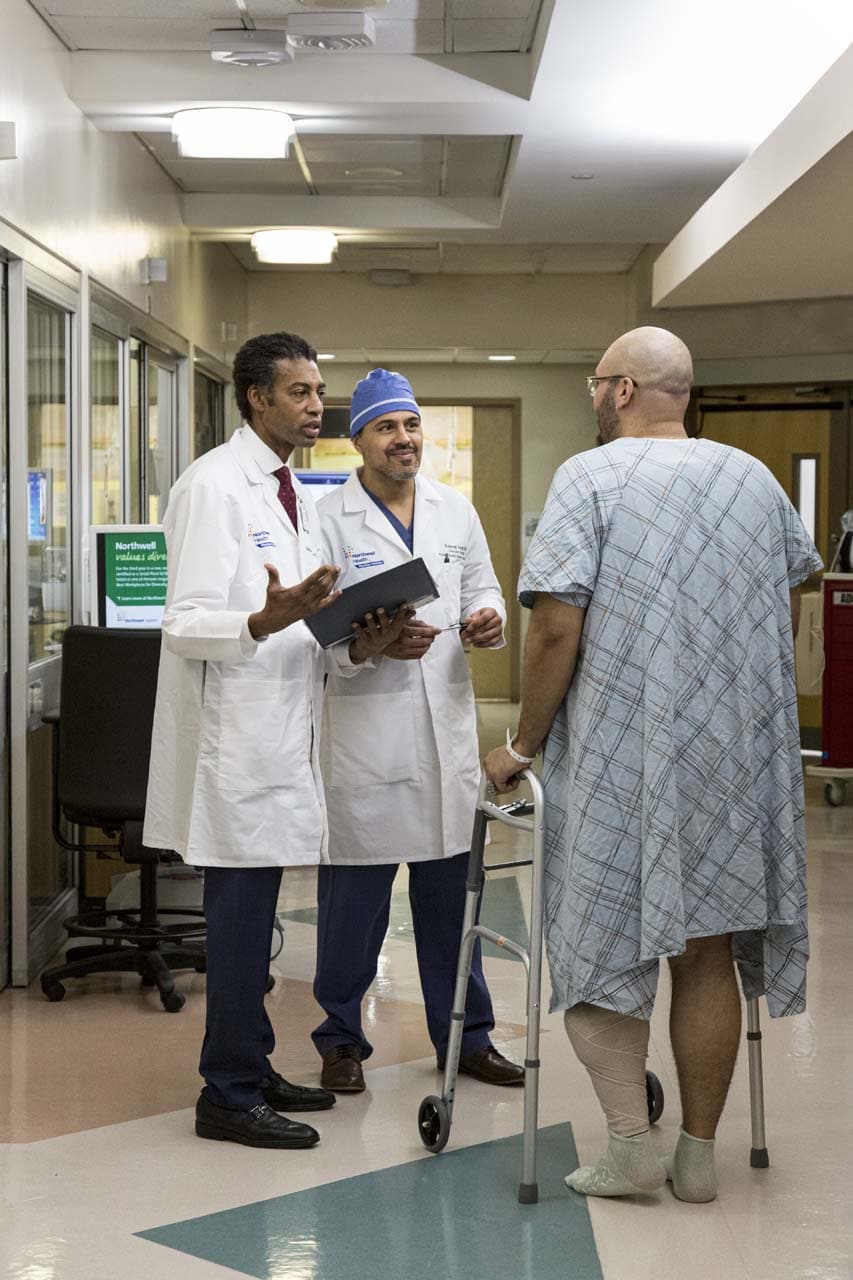 Dr. Singh, who has been with SIUH’s vascular surgery division for 10 years, was recently appointed as the director of limb salvage surgery and director of peripheral interventions there. He has extensive experience in dealing with patients with non-healing diabetic wounds in the feet and treating those with clogged arteries in the legs, a condition known as PAD. He employs the latest minimally invasive endovascular techniques to improve blood flow to the legs, ultimately preventing the most feared complication of PAD, which is amputation. He is also chairman and founder of the annual lower extremity amputation prevention symposium (LEAPS), held annually in Staten Island, a conference that allows different medical disciplines to collaborate and offer insights on treating patients with non-healing diabetic wounds. 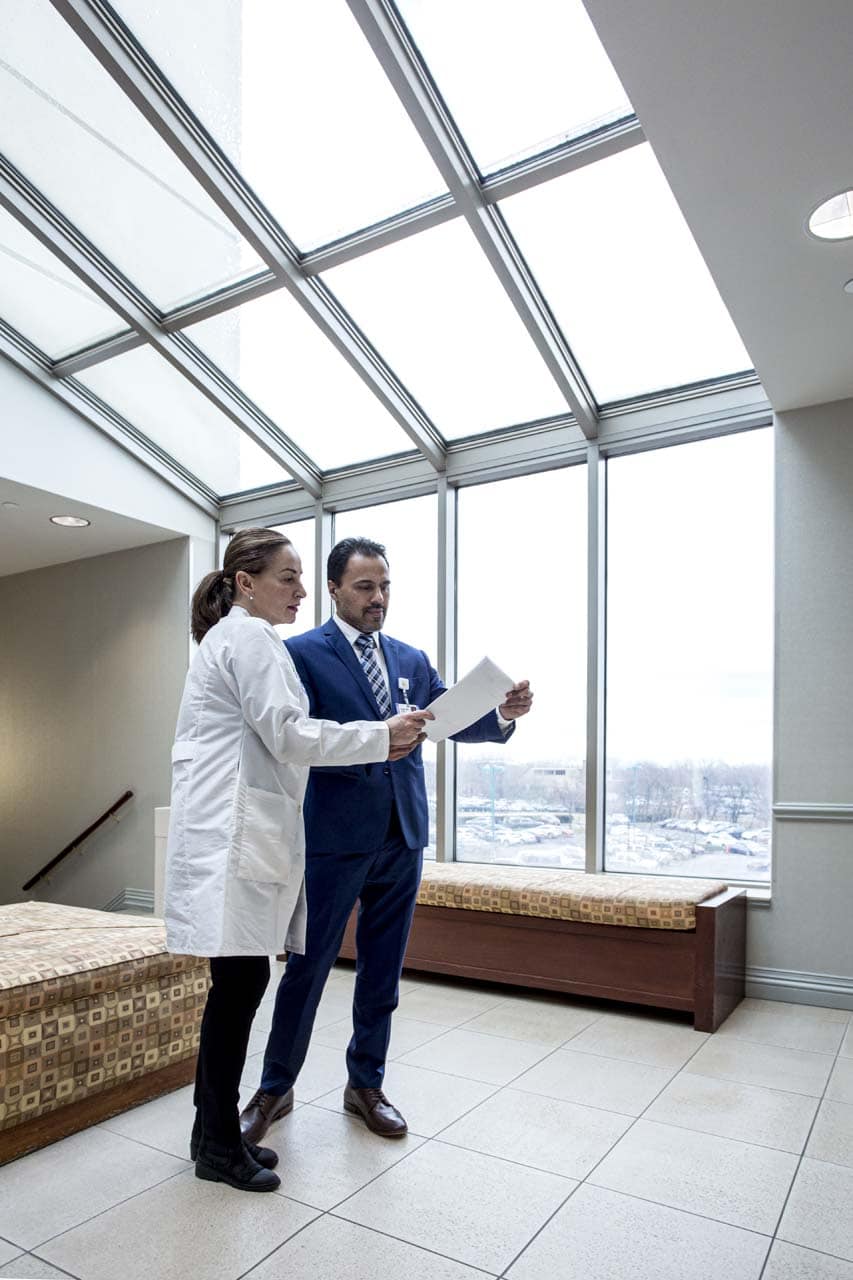 For the past six years Dr. Singh has pursued a rarely used surgical solution for lymphedema, reconfiguring recovery time and making use of new tools and medical advances.

“Historically, this procedure had been associated with poor outcomes and high recurrence of symptoms, but the advances that we have today were not available then,” he explained. 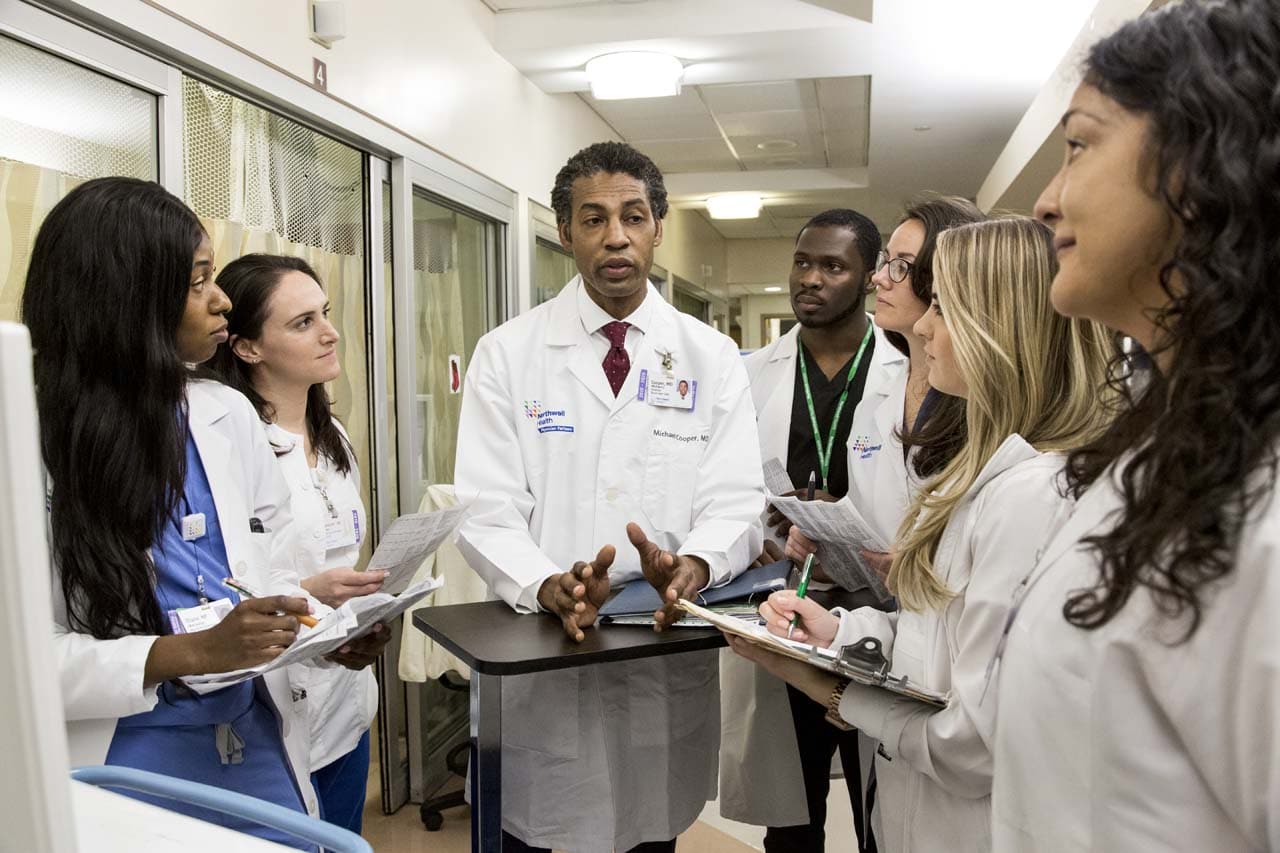 Long referred to as the “Charles Procedure,” the treatment includes radical excision of lymphedematous tissue, followed by skin grafting. Because of its potential for complications, use of the technique waned, but for the past decade, Dr. Singh has worked on modifying the approach, using a multidisciplinary team and a unique systematic protocol in treating patients with advanced lymphedema. He refers to his modern take on the method “The Singh Cooper Protocol,” owing to his collaboration with Dr. Michael Cooper, a plastic and reconstructive surgeon who serves as director of SIUH’s Burn Unit.

“I’ve partnered with Dr. Cooper to create a new protocol,” Dr. Singh said, describing how patients are admitted the night before surgery, their legs washed with special chemicals and treated with antibiotic ointment. “Tissue is resected the next day, essentially leaving just the muscle behind and then suction therapy or vacuum assisted closure is used to seal the wound. We keep the patients immobile and then the burn unit comes into play to do a delayed skin grafting. We change the wounds and care for the patient in a hydrotherapy room; the suction dressing continues to promote healing while granulation tissue starts to form,” adding that the elongated time period of the procedure and use of the wound vacuum have made all the difference. 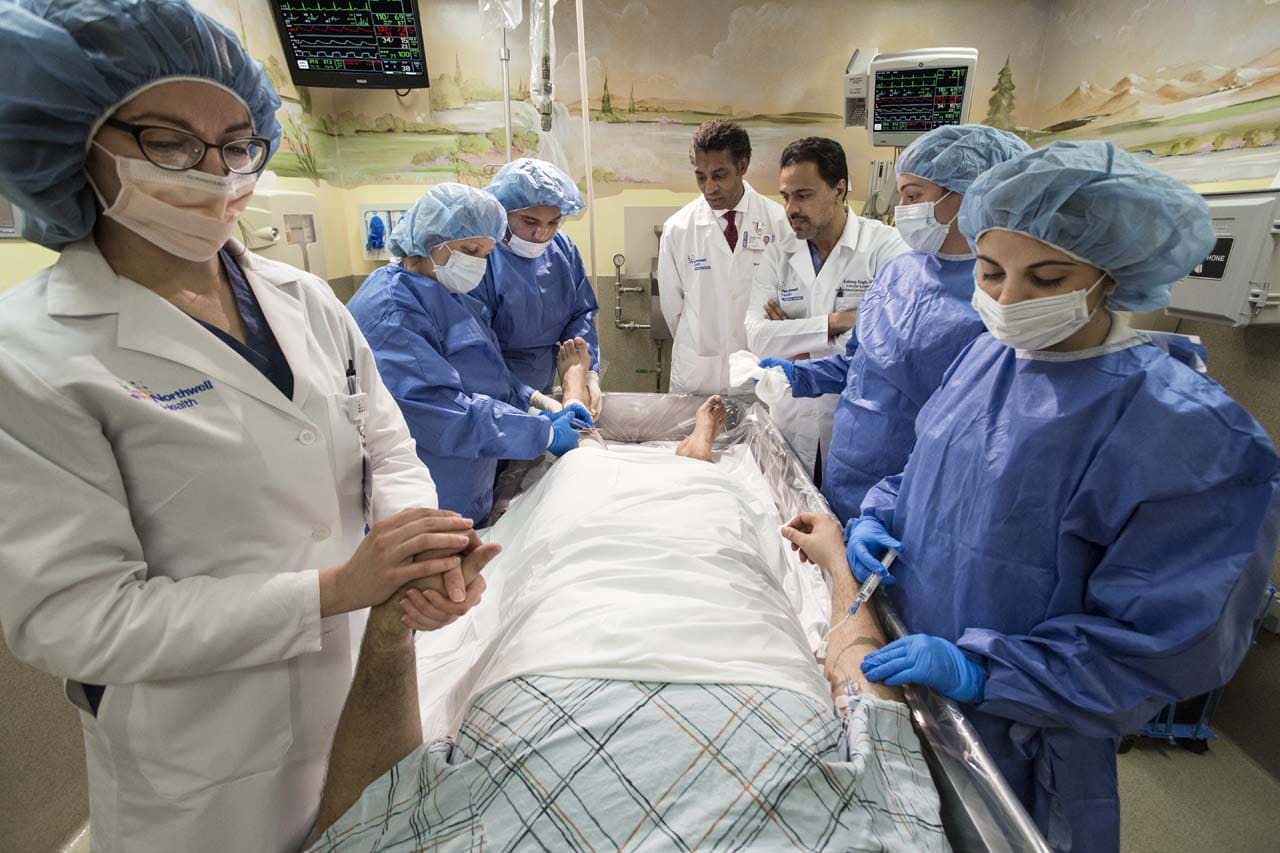 “Previously, tissue was removed and the skin grafts were placed immediately, which would result in poor outcomes,” Dr. Singh said. “In following our strict protocol, waiting five to seven days and placing the vacuum dressing allows for a new tissue bed to form; once that bed forms, we place the skin grafts, and are seeing very positive results. We have done close to 20 cases and we have not had any recurrence. Patients who were bedridden before the procedure have gradually regained the ability to walk.”

Dr. Singh earned his medical degree from the Ross University School of Medicine and completed his residency at Drexel University College of Medicine before finishing two fellowships at Montefiore Medical Center and SIUH. Upon completion of those fellowships, he was offered an attending position at Northwell Health, where his focus became limb salvage and complex revascularization to improve blood flow into the leg. 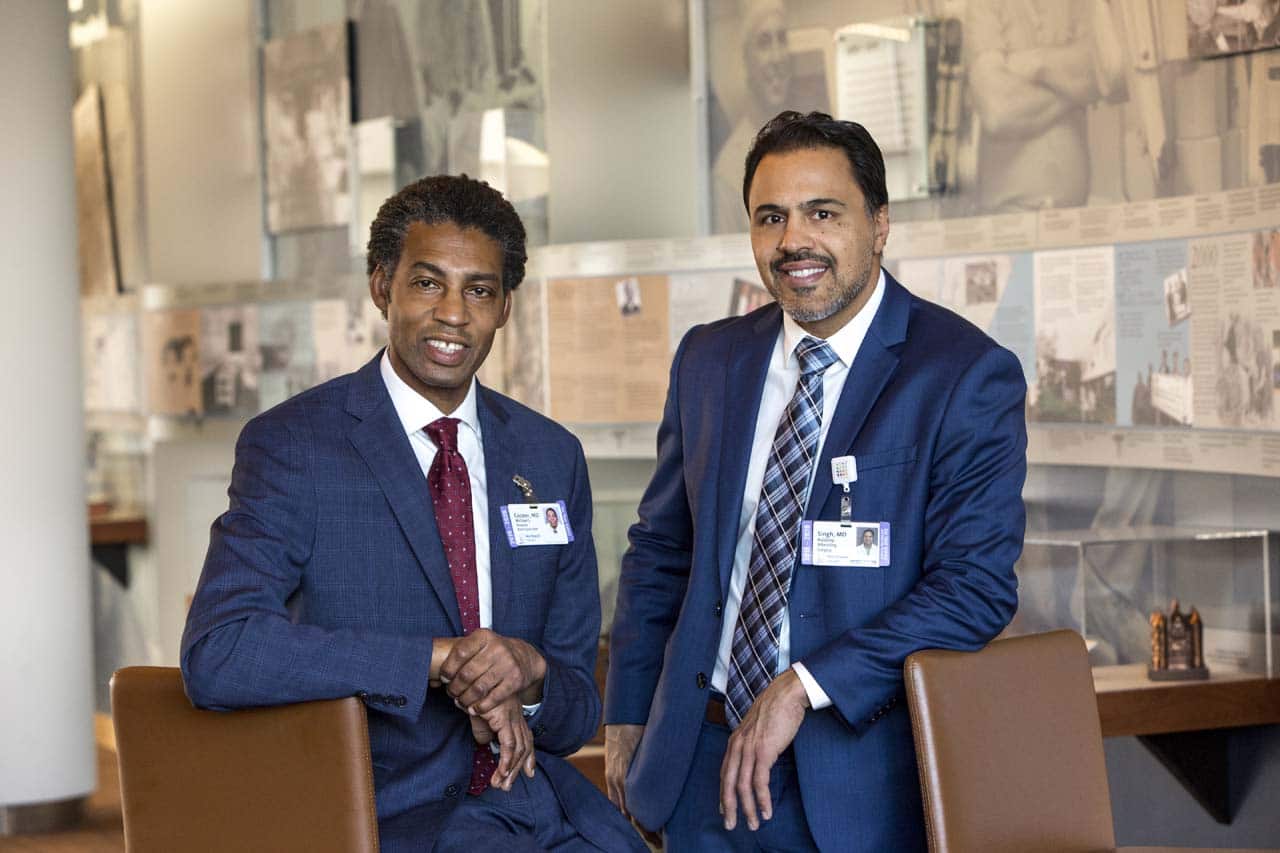 “That background is partially what led me to discover this new protocol,” Dr. Singh said. “I have built such compassion for these patients because I know how much they are suffering. They are often pushed from one doctor to another, sent to lymphedema clinics where they are told to simply elevate their leg. It’s frustrating. And then of course they are forced to deal [HEALTH] with weeping lymphatic fluid and the difficulties of purchasing clothes to fit the swollen leg. One of my patients had one goal to wear a pair of jeans just like everyone else. Thankfully, we were able to help her achieve that.”

Not everyone is a candidate for the procedure, though, he noted. When swelling is mild or moderate, compression garments and therapy are still the best course of action. The specialist refers to eligible patients as “end stage.”

“For some, the obstruction gets so bad that working and other daily activities are no longer possible,” he said. “But after recovery, results are immediate. As a surgeon, there is an instant gratification that comes with helping patients get their life and mobility back.” 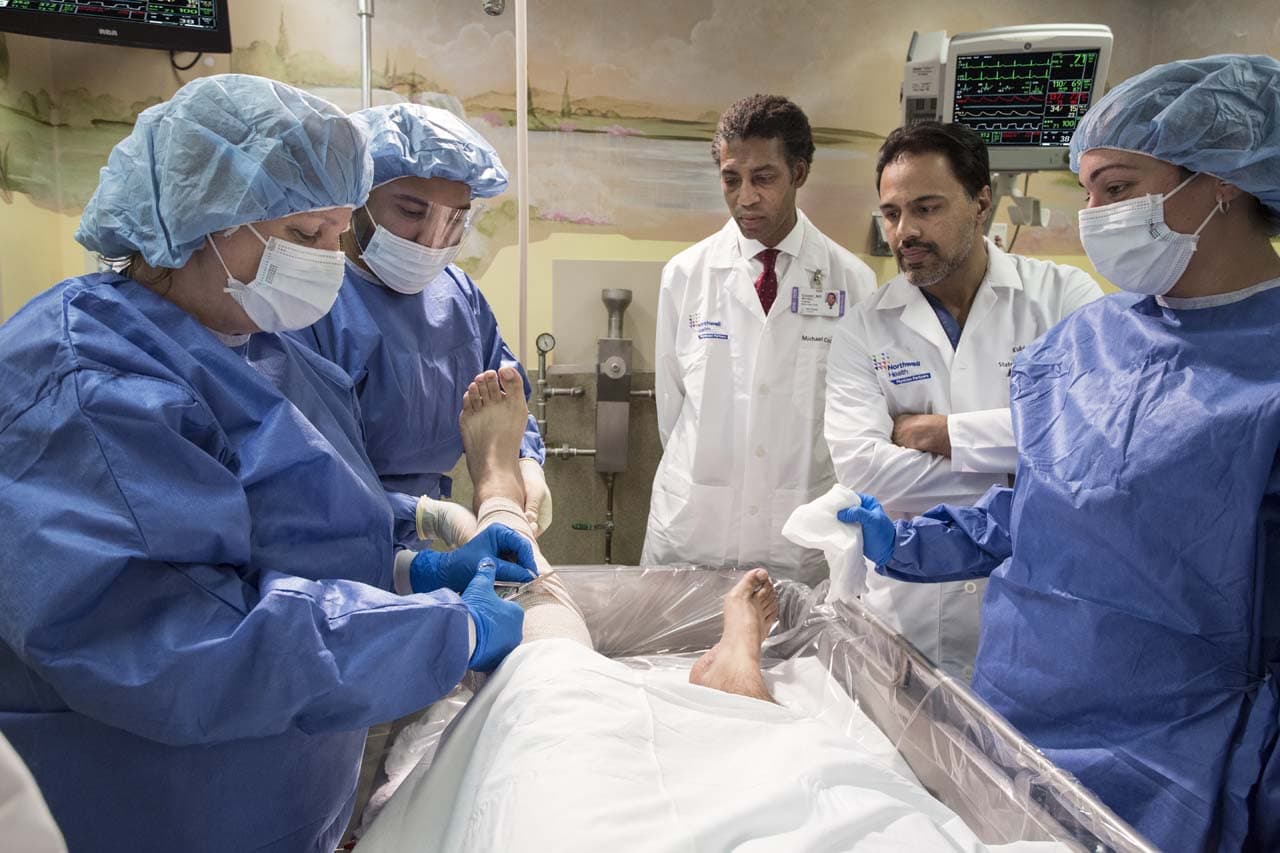 Dr. Cooper, who has been with SIUH for more than 20 years, agreed.

“I’ve worked on a lot of different procedures over the years, but the results that Dr. Singh and I have seen over the past several years are truly inspiring,” he said. “Imagine having one leg that is sized normally and another that is four times the size it should be. In addition to the debilitation that can cause, consider what it’s like to buy clothing and shoes…visualize what it would be like to suffer from chronic wounds on those affected areas. Alleviating those types of lifelong problems is extremely rewarding for this team.”

A graduate of NYU, Dr. Cooper earned his medical degree from the Weill Medical College of Cornell University before completing his internship at the University of Hawaii. He completed two fellowships: one in burn and another in plastic and reconstructive surgery at New York Hospital Weill Cornell Medical Center. He became director of the Burn Unit at SIUH in 2008.

“My background and training in burn, reconstructive, and plastic surgery are what enable me to perform these massive skin grafts,” he said.

And both Drs. Singh and. Cooper see this revamped technique expanding in the future. 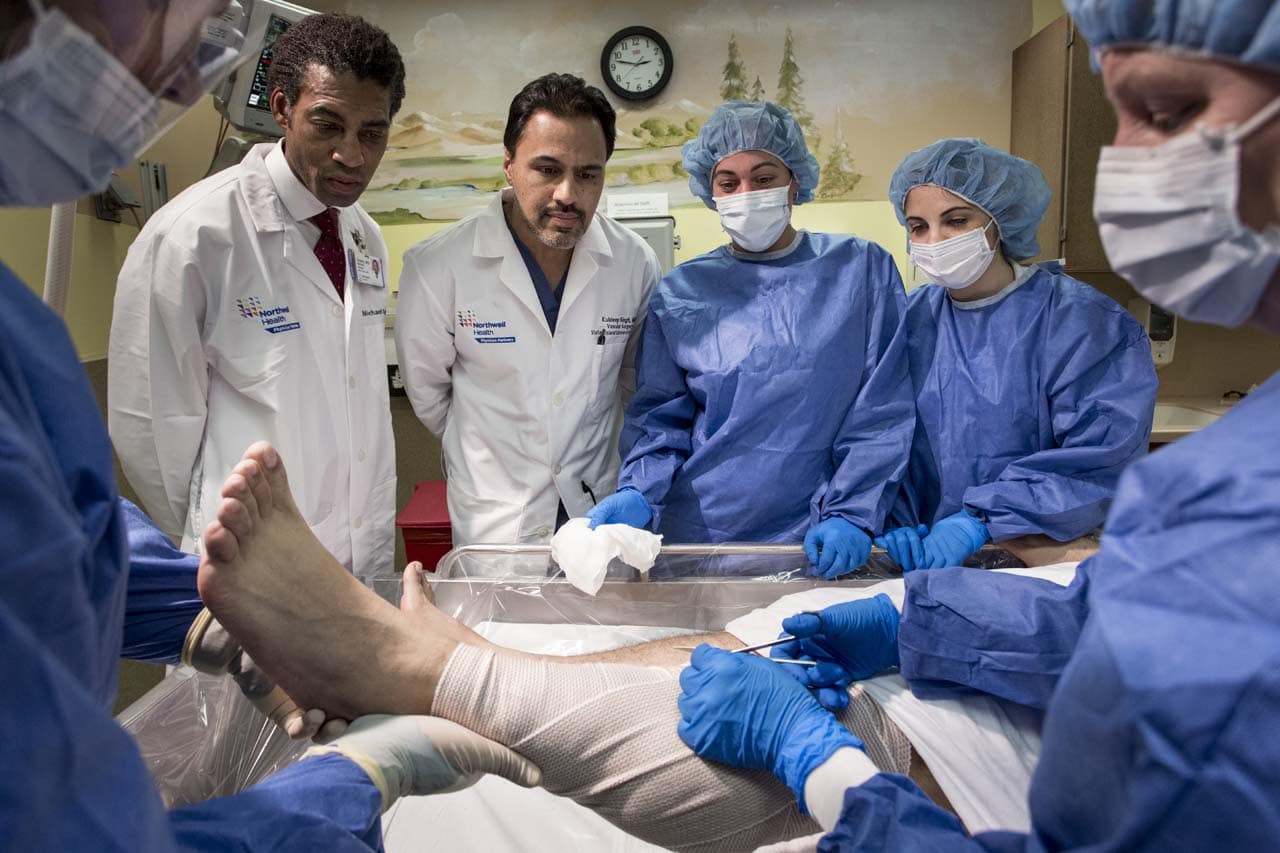 “I think the procedure will only expand, because there are so many patients in the nation and in the world who are affected by this type of major lymphedema,” Dr. Cooper concluded. “Our goal is to train other surgeons on this technique and branch out so that other institutions around the world can have this same success.”