A star…That’s exactly what Abigail Ratchford intends to be. And she’s well on her way. 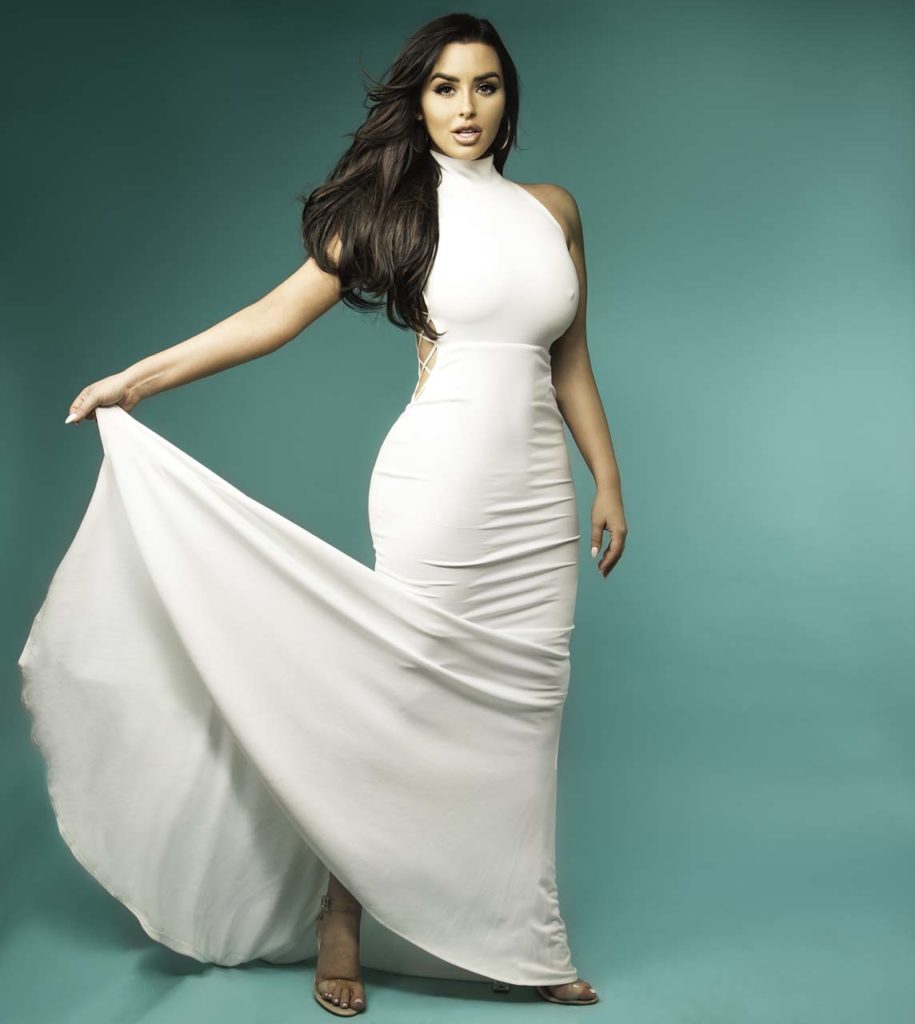 Just a few years ago, Ratchford was at home in Clarks Summit, Pennsylvania attending college, bouncing from major to major in a quest to figure out what she wanted to be. Then fame found her.

“I got started almost four years ago… by accident,” she explained with a smile. “I was living in Pennsylvania, in college, bartending, working as a paralegal with my dad, and did a photo shoot with a friend who was a photographer.”

Ironically, Ratchford didn’t even have an Instagram account at the time, just Facebook, but once her friend posted the photos of her clad in lingerie, things got big in a hurry. The shots earned the now Los Angeles resident a “Lovely Lady of the Day” nod on SportsIllustrated.com, as well as attention from Maxim magazine and others media outlets.
“I just went with it,” Ratchford said. “I thought, ‘What’s the worst thing that could happen?”

She set up an Instagram account, began doing more photo shoots, and in short order had a commercial agent in New York City, but discovered that the two hour bus ride from the Keystone State to Manhattan wasn’t going to cut it if she was going to attain long term success. “[I realized] if I really want to go to further, I couldn’t do it from my small town,” she said.

So, to her family’s initial dismay (she’s one of seven kids), she packed up and moved to the City of Angels in early 2014. “At first, my family was nervous,” Ratchford recalled, adding that she was warned that L.A. would be competitive, and that not everyone there was to be trusted. “Now they see how happy I am. They are happy for me.”

Today, Ratchford has no fewer than 8.1 million followers on Instagram. She makes her living modeling and also has a web store that sells calendars, posters, tee shirts, and other items at officialabigailratchford.com.
Of her life in LA, she related that it can still be slightly difficult to believe. 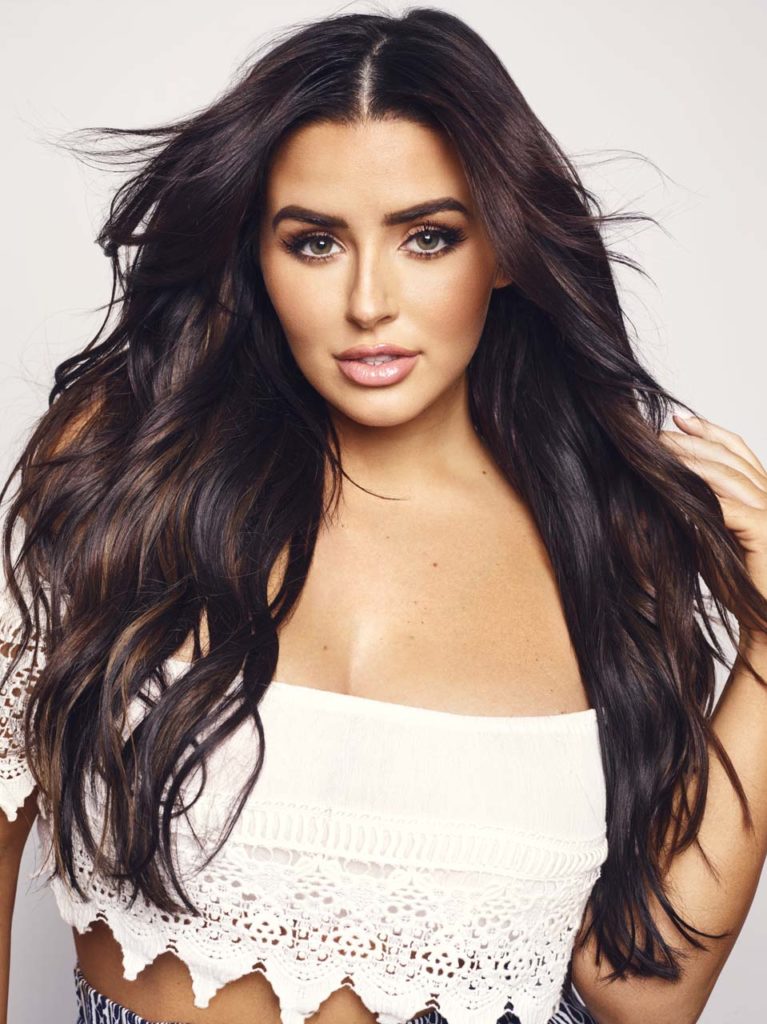 “It’s surreal sometimes. I remember when I first moved here, I was at an after Grammy party and I saw Diddy. I was completely starstruck, but now it’s so normal. You go to parties with these famous people, you are at the same events. It’s great and I’m really blessed,” she said.

And while this might seem like unending fun, staying in shape and looking her best takes considerable time and effort. Ratchford watches her calories as well as portions, and does Pilates three times per week. She also takes advantage of the weather of L.A., where life is lived at a relatively constant 70°F, and where she loves to be outdoors. “It’s a lot of upkeep to be in the public eye,” she explained. “It’s a lot of work. I’m passionate about skincare…have an entire closet of skin stuff. I try never to fall asleep with makeup on. I get a facial every three weeks to keep my skin clear. I always moisturize…always use sunscreen.”

In fact, she hopes to one day launch her own skincare line as well as a luxury (but affordable) lingerie line for all sizes.

Of her newfound celebrity, Ratchford said it’s still a little strange. “It’s weird. Instagram fame isn’t real fame. I hope I can keep growing it and be a household name. I went to a Lakers game and I’m walking up the steps; there was a bunch of guys who knew who I was, and they were yelling, ‘We follow you on Instagram!’ and then some girl was like, ‘Who is that?’ It’s a weird brand of notoriety.”

How does your background influence your look?
I’m Irish, French, and German. I have really dark hair but my eyes are pretty light. I have a round face…I guess that’s the French. I have two siblings with red hair. Me and my older brother are definitely Black Irish looking.

What’s your favorite thing about the holiday season?
It’s so different in L.A. than it is in Pennsylvania. It’s taken a little adjusting they put Christmas lights on the palm trees [laughs] but the stores are wonderful and busy. The Grove, in La Brea, is an amazing place, a huge shopping center and outdoor area. At Christmas, there’s a gigantic tree outside. It’s like Rockefeller Center…just magical.

How would you describe your look in three words?
Girlie, exotic, and pin up. I draw some inspiration from old Hollywood starlets; I love that kind of look.

How would you describe your personality in three words?
Laid back, creative, spontaneous.

What else occupies your time?
I love having my friends over and being the hostess. The place where I live in now…I put a lot of work into it. I’m kind of a homebody. I love to have people over for wine nights and to play games. We play the Heads Up! Game, which is great fun. I also love travelling with my girlfriends, going to Malibu, makeup and skin stuff. I’m such a girlie girl!

What did you want to be when you were growing up?
A couple of different things. A veterinarian, but then I developed bad allergies and I couldn’t have pets. I also wanted to be famous; I would get flower petals and glue them to my nails and pretend I was a celebrity. 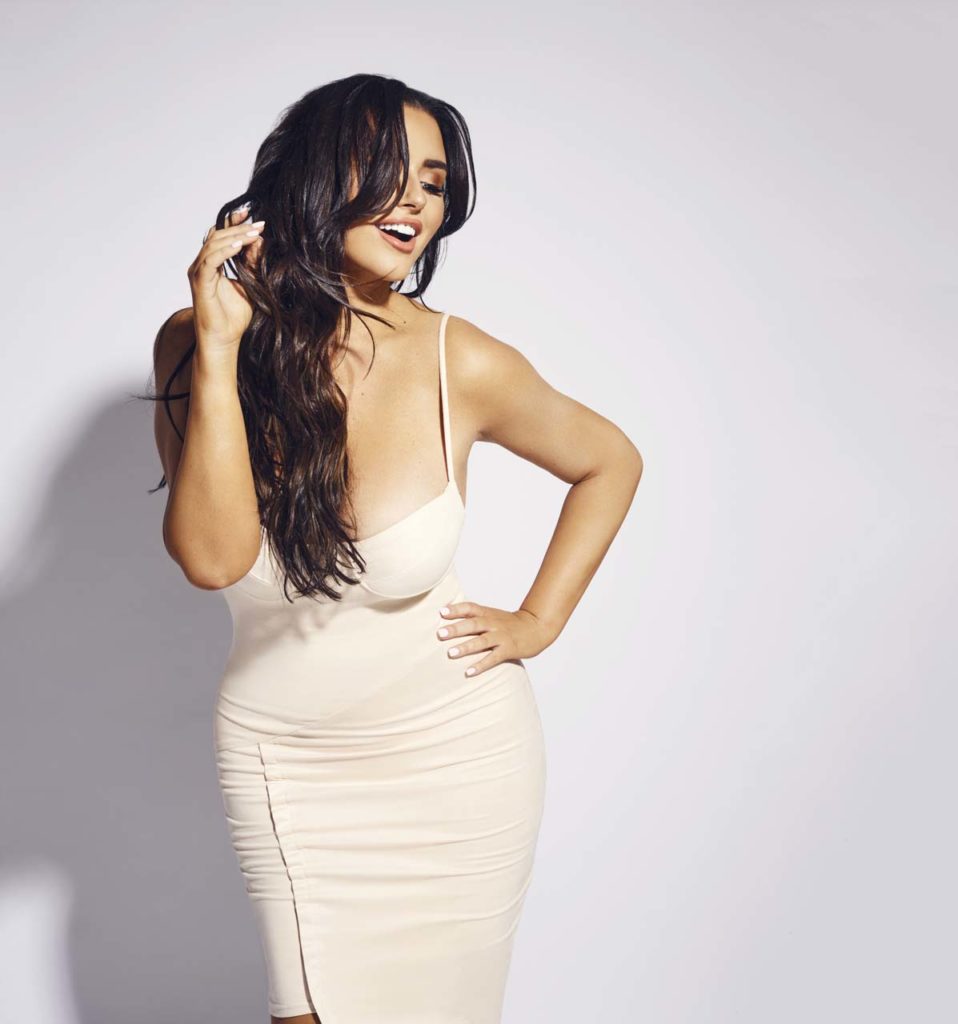 What’s on the horizon?
That lingerie line, I’d love to do that one with all different sizes. I used to be thicker and curvier, and remember going into Victoria’s Secret, and sizes only went to a D. I want to create something accessible and luxurious.