ON THE LIGHTER SIDE

We suspect you didn’t get one for Christmas, Hanukkah, or Kwanzaa, so start your year right with a little love of self in the form of L. J. Peretti Co.’s handsome as hell Sotile Lizard Havana Lighter. Extremely thin, with genuine tan lizard pattern leather and a polished chrome finish and a single torch wind resistant flame. It will fit in any suit pocket and never interrupt your pinstripe line! $149, ljperetti.com 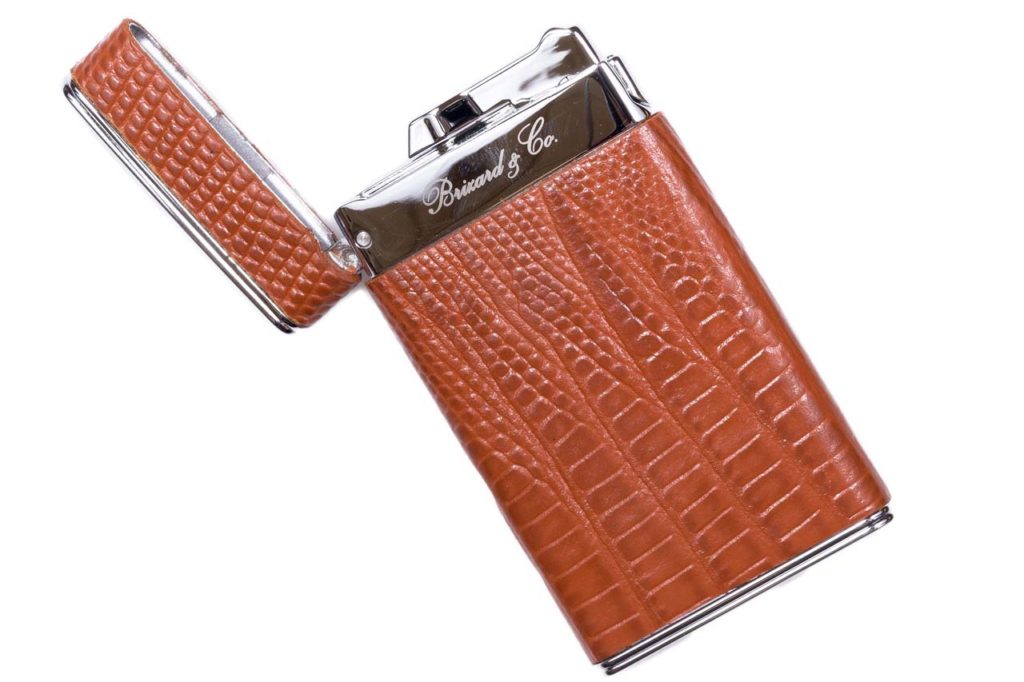 HIKE!
The first maker we know of that has synergized what might strike readers as the naturally conversing worlds of the gridiron and fi ne puffing, La Flor Dominicana under the restless innovation of owner Litto Gomez Diez has announced its 2019 Special Football Edition Cigar, expected to ship in January. With a 6.5 inch length and a 58 ring gauge, it will feature a football (rendered in Connecticut Shade leaves) in the middle, and sports a Dominican filler and binder, covered by an Ecuadoran Habano wrapper. Retail is $16 per stick, presented in 10 count boxes. The bad news is it will only be sold in this year’s Super Bowl host city and state, Atlanta, Georgia, but it’s a significant additional incentive to pick up some tickets. Last year, just 450 boxes were released, so contact your favorite Peach State retailer now! laflordominicana.com 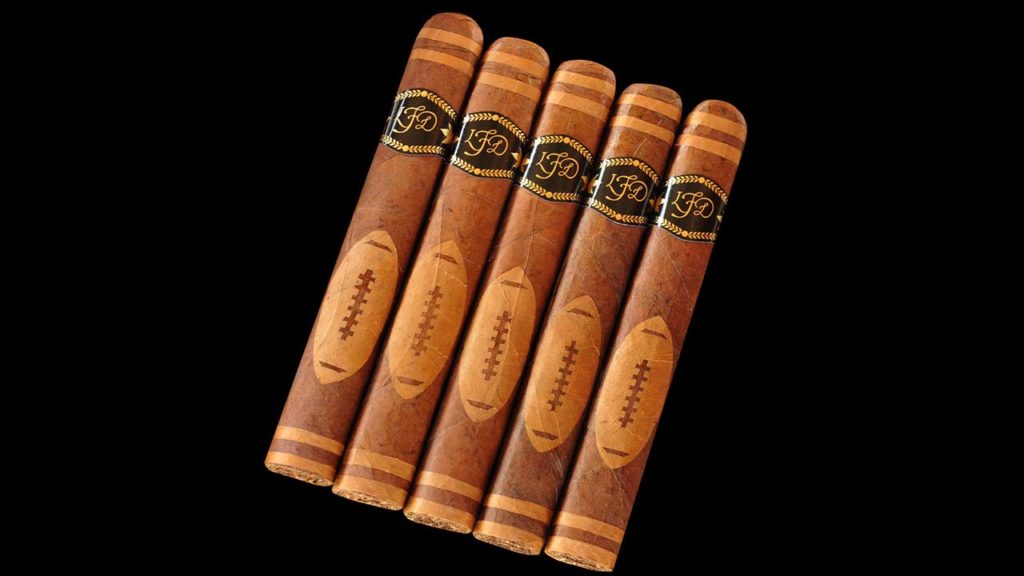 CANNES FOR PUFFERS
Among cigar enthusiasts a gathering something akin to the Cannes Film Festival for movie buffs or Coachella for the MDMA fueled music crowd, the Habanos Festival is celebrating its 21st anniversary, and will be held this year from February 24 to March 1. A gathering in Havana, Cuba of more than 1,500 distributors, producers, and other industry notables, along with tens of thousands of aficionados, the festival attracts celebrities like Jack Nicholson, Jeremy Irons, and Arnold Schwarzenegger, not least because attendees also have the opportunity to visit plantations and factories, roll their own leaves, attend seminars, and otherwise experience firsthand one of the world’s most extraordinary traditions. 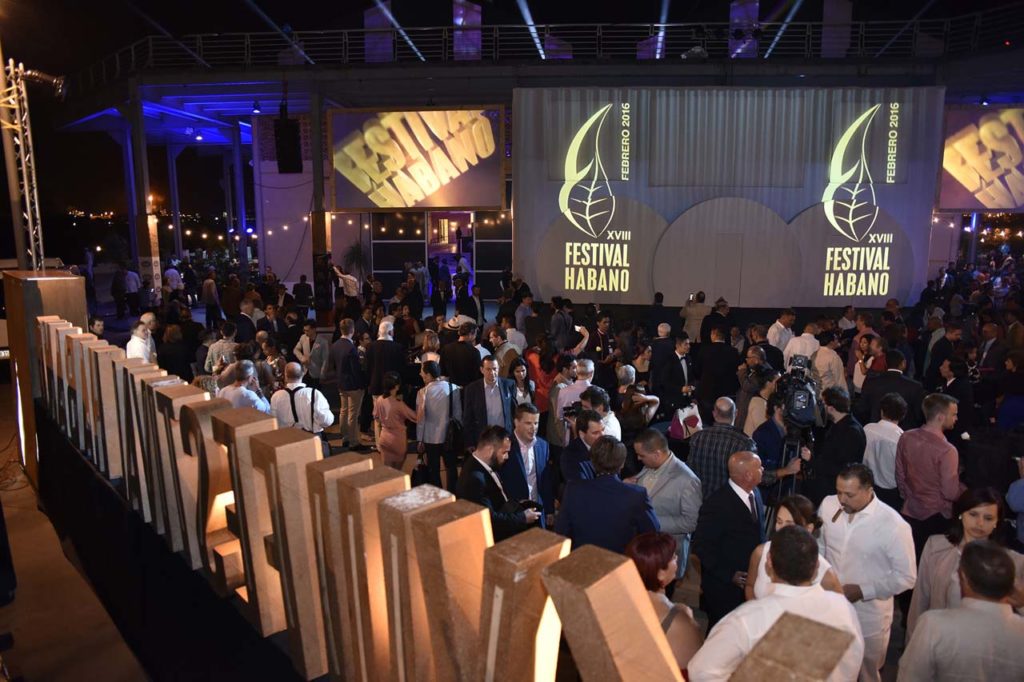 Cuba Travel’s packages help smooth the way in terms of U.S. and Cuba customs and other State Department hassles, and include, for $4,999 per person, a seven night stay at The National Hotel, premium seating at ceremonies, a Spanish translator, a luxury car with professional driver, and meals. authenticubatours.com

DRAMS ON DEMAND
Just when you thought that framed Derek Jeterauto graphed jersey was the completion of your man cave, comes one additional dream requirement. The Hamilton Beach COT2000 truly restores the leisure to your leisure time by serving multi ingredient cocktails in an instant blending spirits and mixers in proportion every time, regardless of who is bartending. It holds three 1 liter or 750 mL bottles in trays that slide out for quick replacement, and features a level monitoring window. Powered by carbon dioxide canisters and with an attractive tap tower that screams restaurant quality (along with a convenient drip tray), it has a small footprint and requires no electricity, so you can take it on the road, too! $4,200, webstaurantstore.com 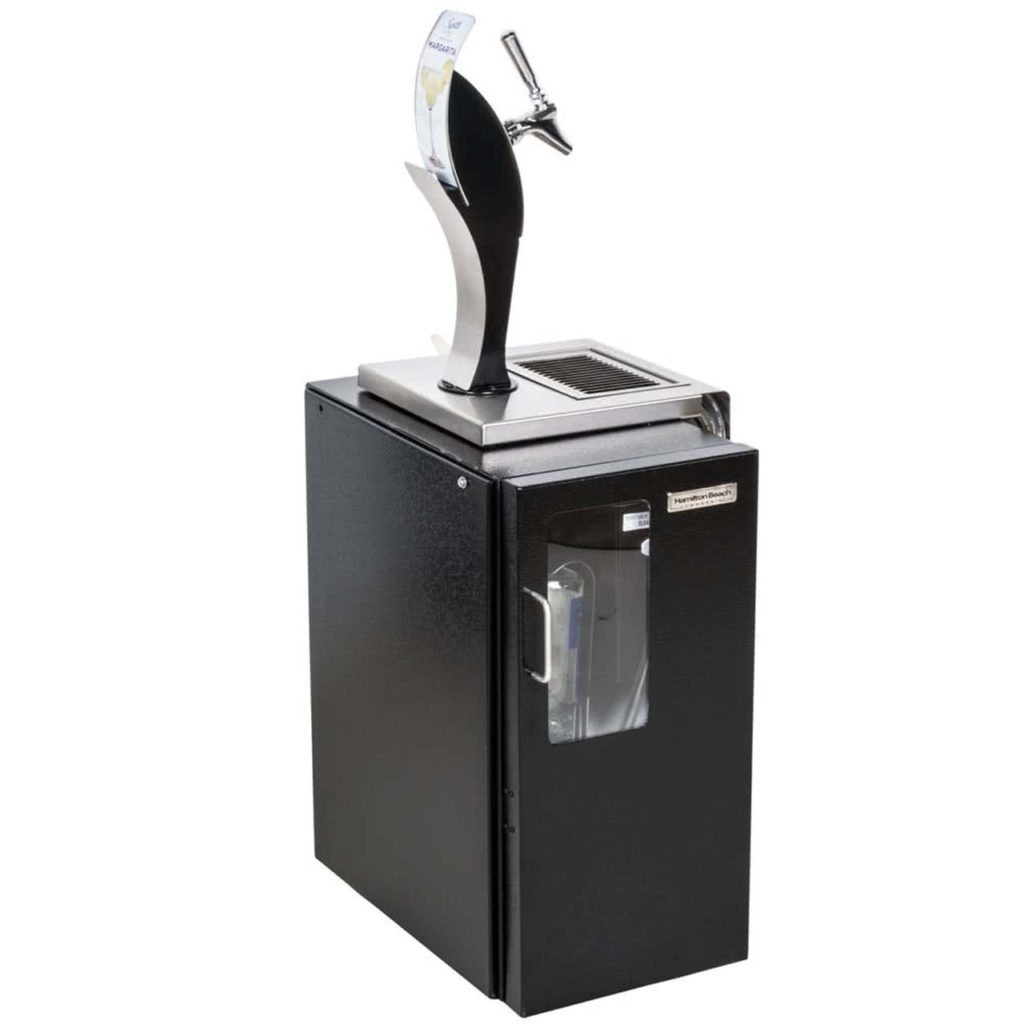 GOLDEN GLEN
A Double Gold Medal winner at 2018’s New York International Spirits Competition, the Glen Moray 15 Year Old matured in a combination of sherry and bourbon casks at the maker’s Speyside distillery on the banks of the River Lossie in Elgin is rich, sweet, and full bodied, with notes of spiced dark chocolate and butter toffee. Released as part of the maker’s Elgin Heritage line, it complements cigars like few other scotches we’ve tasted in recent memory. Gently smoky, it dances with tobacco flavor rather than crushing it, and is a remarkable bargain at $53. For those keen to attend this year’s New York International Spirits Competition, it will be held in April (final dates not announced at time of press) in the heart of Manhattan. Close to 600 spirits from around the world will compete in blind tastings. It’s simply a blast, in at least two senses of that word. glenmoray.com, nyispiritscompetition.com 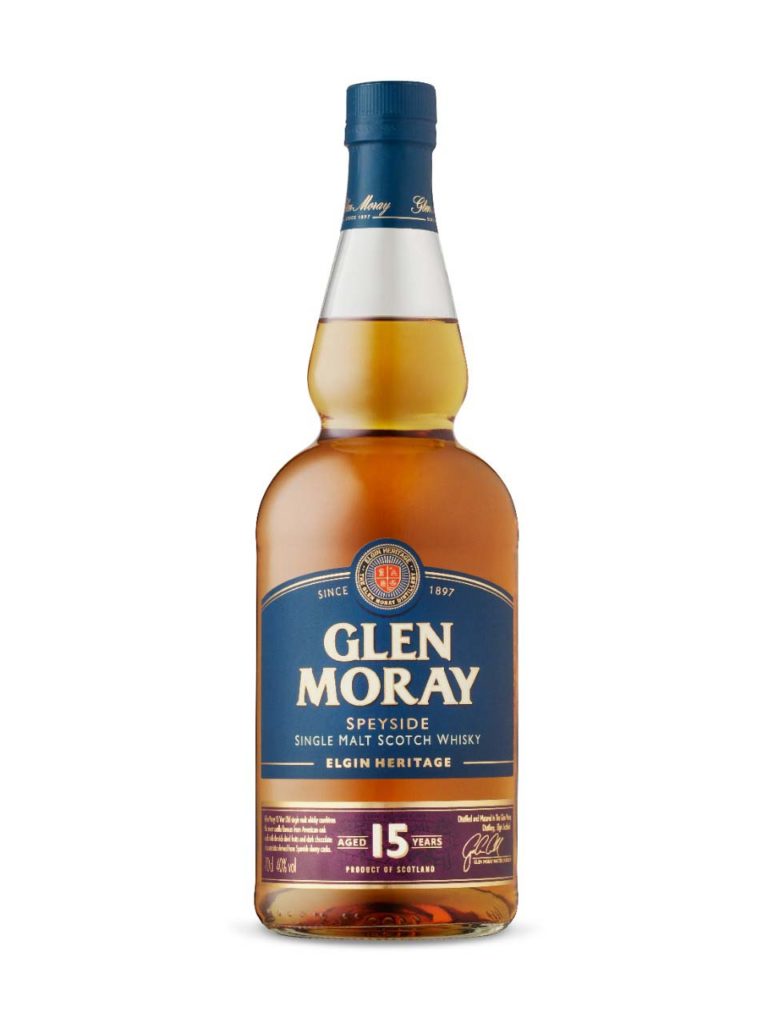