INTEREST HAS BEEN REIGNITED FOR ARTWORKS DEPICTING HOOPS LEGEND MICHAEL JORDAN CREATED BY ANOTHER CHICAGO LEGEND, AND NOW AVAILABLE IN THE GARDEN STATE

The Last Dance, the ten-part ESPN documentary about Chicago Bulls basketball great Michael Jordan, was a sensation this spring, garnering a larger than anticipated audience from a confined public eager for fresh entertainment content. It spurred interest in all things MJ, including a series of unique mixed media works by an internationally renowned contemporary artist entitled ONE on ONE Portraits of Michael Jordan by Ed Paschke (1939 – 2004). 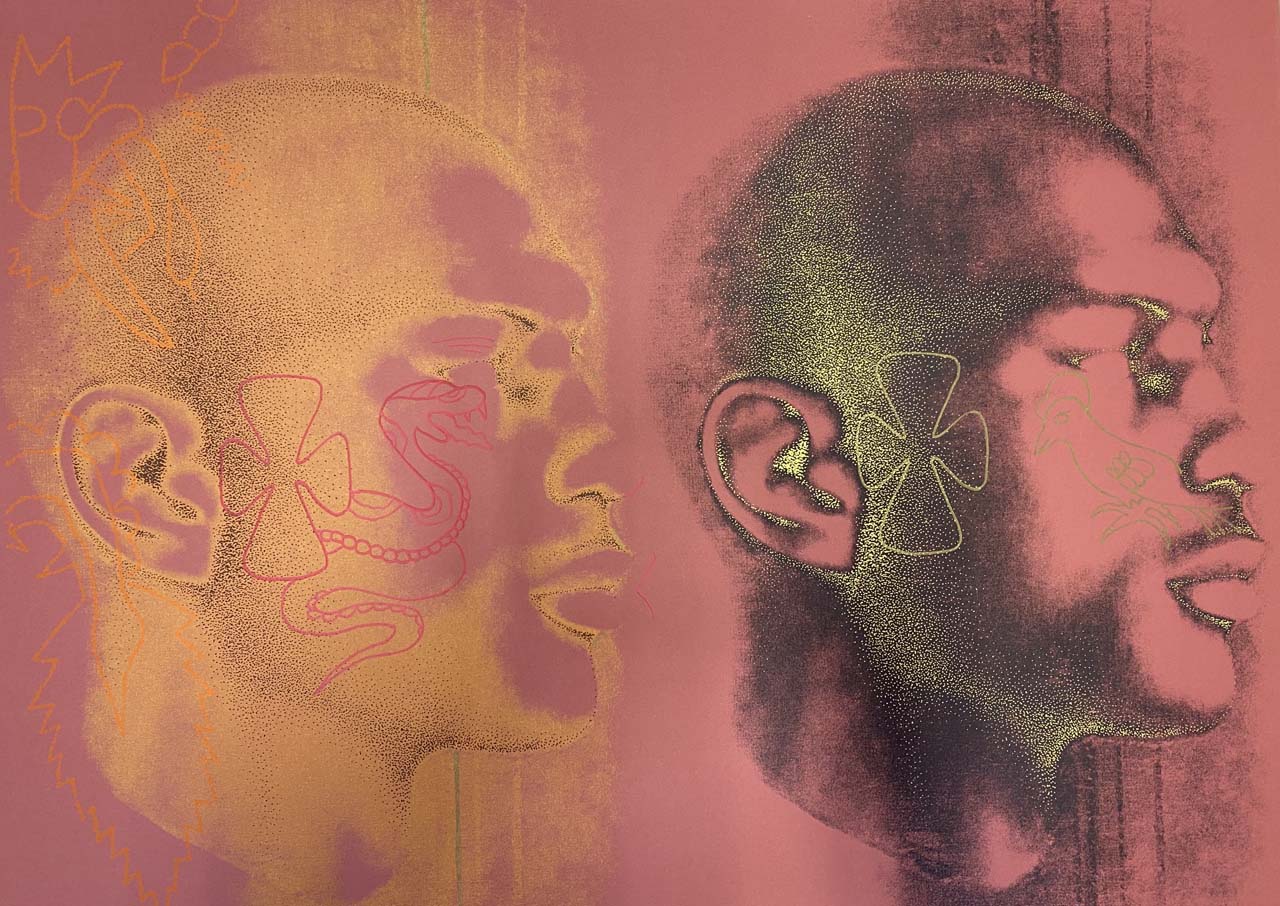 Greg Smith, founder and executive director of the Contemporary Art & Editions gallery, a dealer and publisher of ne art for over two decades, collaborated directly with Paschke on the project in 1994 with his then colleague Michael McKenzie. Smith had just opened a gallery in Manhattan’s SoHo around the corner from the legendary Phyllis Kind Gallery, which was showing works of other Chicago artistic giants. Smith was already aware of “Mr. Chicago,” as Paschke was known, and his works characterized by neon-hot color and an almost psychedelic, dreamlike quality.

“The collaboration with Ed was brief but memorable,” Smith said. “It’s interesting when you meet and work with a true artist. Ed was all about the work serious and committed. He exuded gravitas from his all-black wardrobe to his physicality and was perhaps the greatest living colorist during that time.”

Working in a silkscreen studio in Queens, Paschke visualized Michael Jordan in the manner of a heroic and classic historical figure, similar to Roman and Greek statuary. He had incorporated that concept into his painted portrait of Jordan installed at the athlete’s Chicago restaurant. A monumental portrait painting of Michael is in the multi-MVP’s personal collection.

“It wasn’t long before a large number of color and spatial configurations of that concept were realized on paper,” Smith recalled. “ e next step was for Ed to explore how his hand drawing with enamel markers and pastels, and the placement of certain signature Paschke motifs, could be used to create unique mixed media works on paper.”

The foundational works were sent to Paschke’s Chicago studio, where he continued to work on them. “Because Ed was so focused, it was only a month or so before we found ourselves together again in a New York hotel ballroom with this absolutely amazing collection of powerful works spread out before us to select. Ed was pleased with and proud of this project. It was a ne component of his legacy, which includes works in many of the world’s finest museums and institutions.”

Paschke was influenced by the photo-based portraiture of Andy Warhol and created portraits modeled from images sourced from popular media and American subcultures. He was one of the first artists to paint using opaque projector technology. 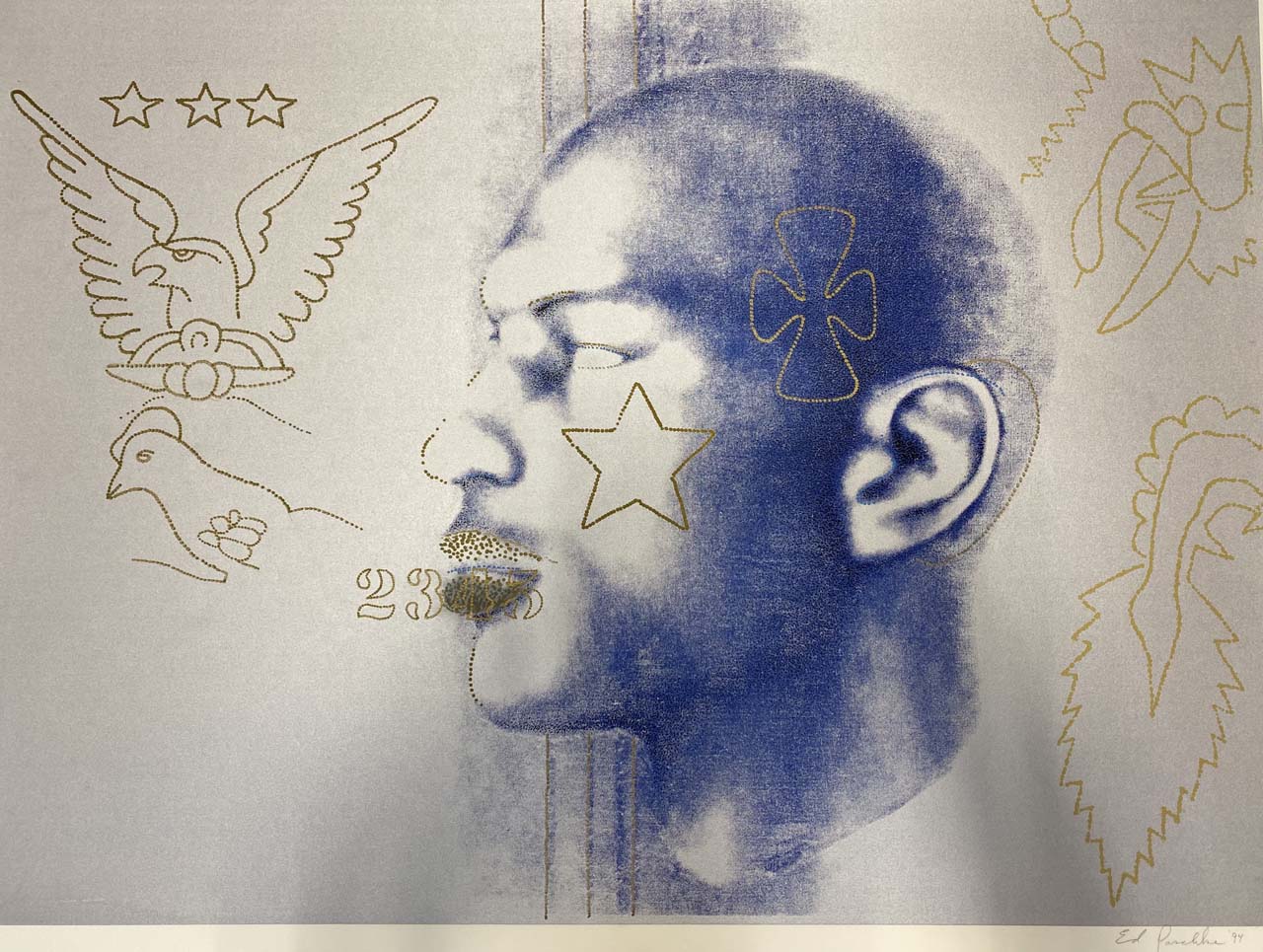 Associated with the “Chicago Imagists,” his early works parodied celebrities and depicted well-known figures including George Washington, Mona Lisa, and Elvis Presley. Known as an exceptional teacher, he retained other artists, including the musician Liz Phair and artist Jeff Koons, as his assistants.

While Contemporary Art & Editions is temporarily closed due to the pandemic, Smith hopes to reopen soon with new exhibitions. He has served or is currently serving as an advisor to, or member of, boards of arts organizations including City Without Walls, the Paper Mill Playhouse, and the Jazz Foundation of America. In addition to high quality works by internationally recognized contemporary artists, he is a leading publisher of contemporary Chinese art from important and recognized figures.

“Contemporary Art & Editions aims to bring a much more highly sophisticated approach to gallery exhibition offerings than is typically seen in the region.”

Works from the series ONE on ONE may be viewed by appointment by contacting Greg Smith at info@contemporaryartandeditions.com and on ARTSY.