The traditional public house often shortened to pub is an institution in British culture, a social center of the community with a venerated history that dates back nearly 2,000 years. Typically marked by a large colorful sign (illiteracy in Europe was commonplace until the late 19th century, thus pub names were depicted as illustrations a practice that continues today), public houses were open to all, a friendly place for locals and travelers to swap stories and folklore over English pints and shepherd’s pie. 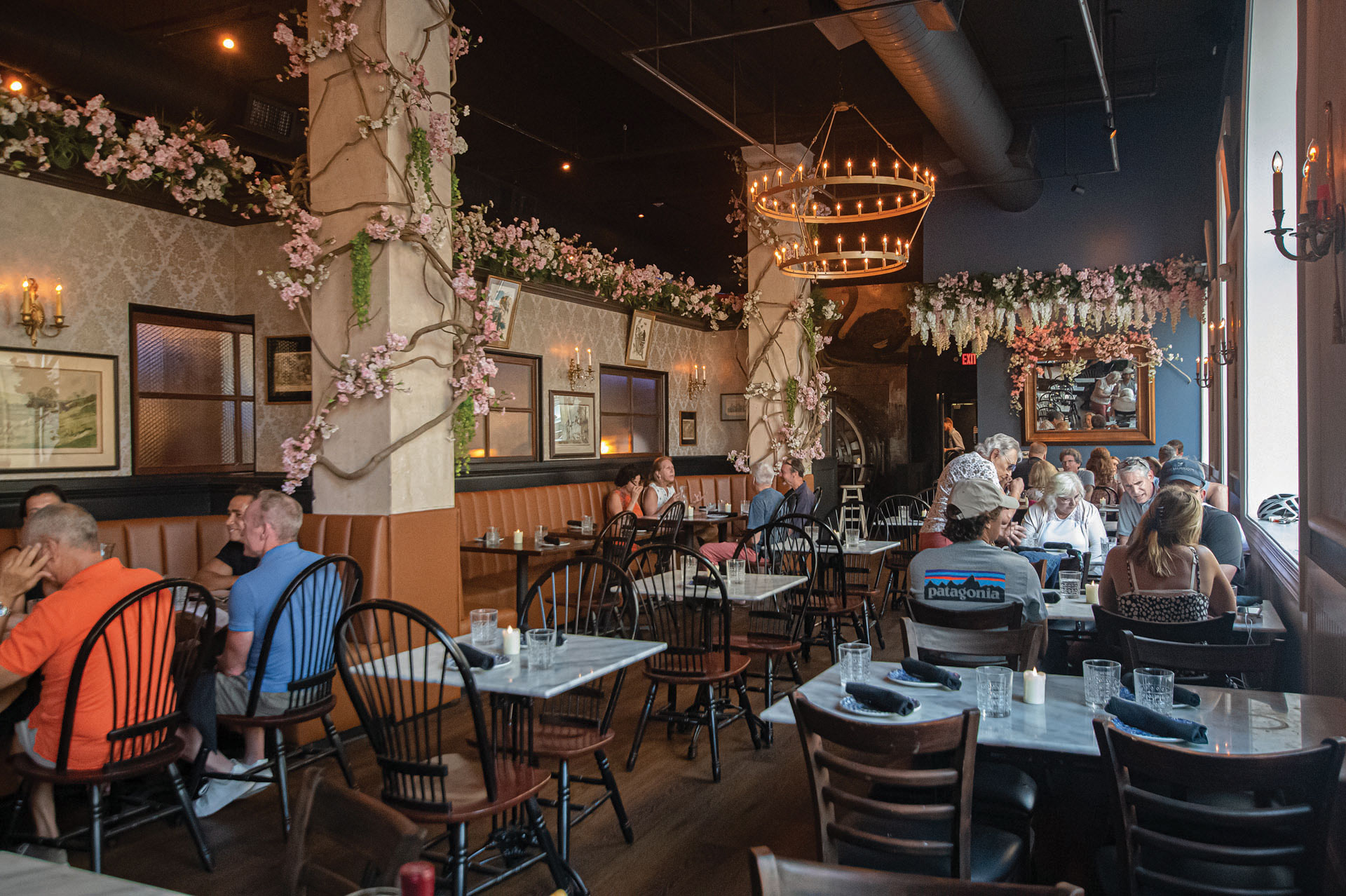 Local chef and Hell’s Kitchen co-star James Avery has long been enamored with British pub culture and its significance in community life. “I’ve always felt the European-style pub was bastardized in America, and to a greater extent in New Jersey,” noted Avery, who served as Gordon Ramsay’s sous chef on the popular competition series from 2013 through 2015. Avery had previously launched several successful concept restaurants, including a seafood haunt and beer garden, and for years he had his eye on a century-old building in historic Asbury Park, noting its Victorian facade and rich, cavernous interior reminded him of the European gastro pub. In 2021, an opportunity arose to take over the space, and though pandemic-fueled uncertainty was still at its high, Avery seized it.

“It was still a tough time in the restaurant industry for everyone, but since we were just opening, we had all the problems of the pandemic with none of the economic support,” explained the chef of the Black Swan Public House’s early days. “It was certainly stressful, but in my heart I wanted to do this concept. This building spoke to me, and I knew it would be a success.” 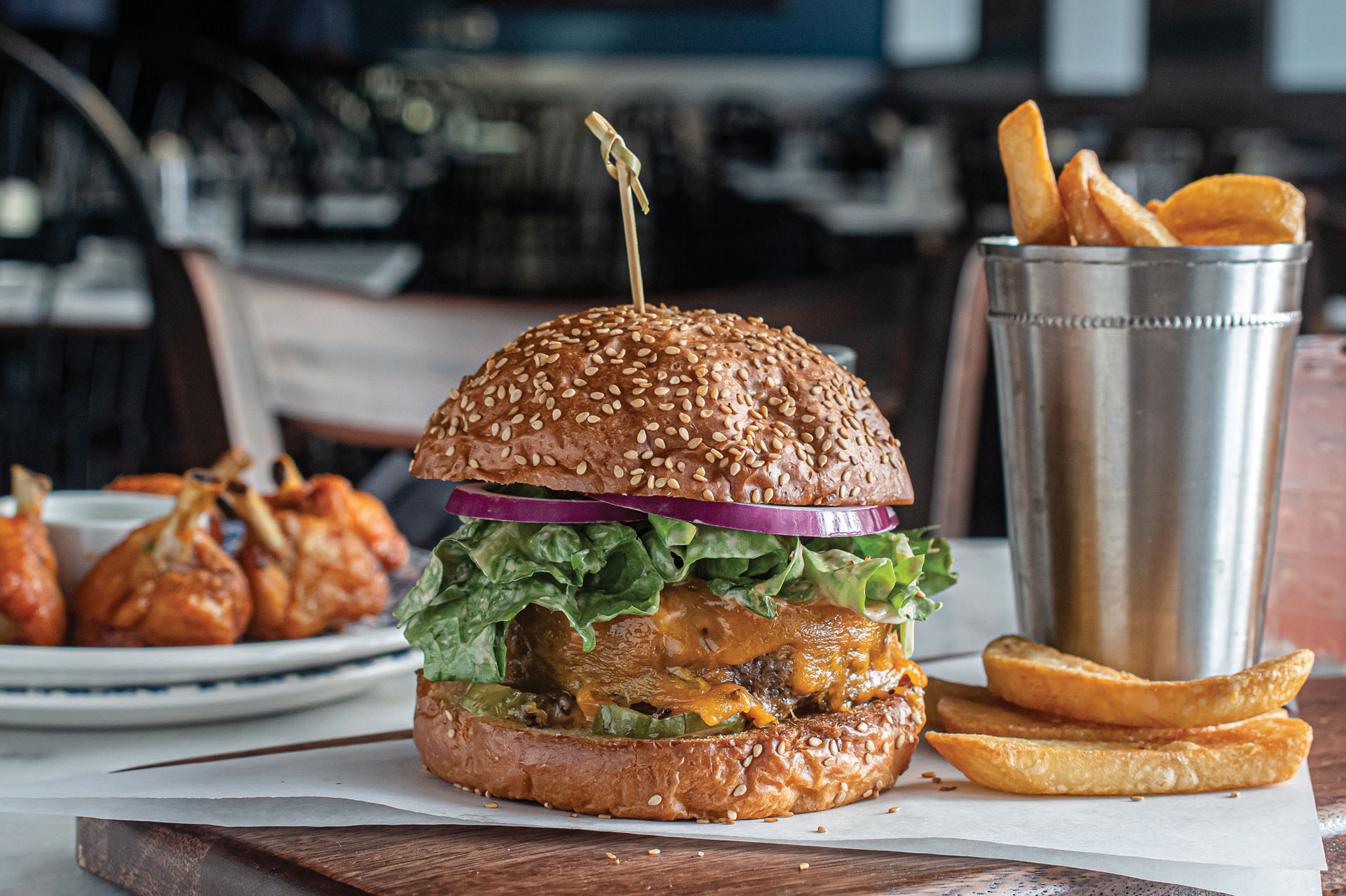 Upon taking over the building, the new owner immediately went to work renovating the space to emulate the grand neighborhood public houses of the U.K. He didn’t source shamrocks or kitschy décor; the Black Swan would be reminiscent of London’s Financial District: dark but cozy, warm but elegant. 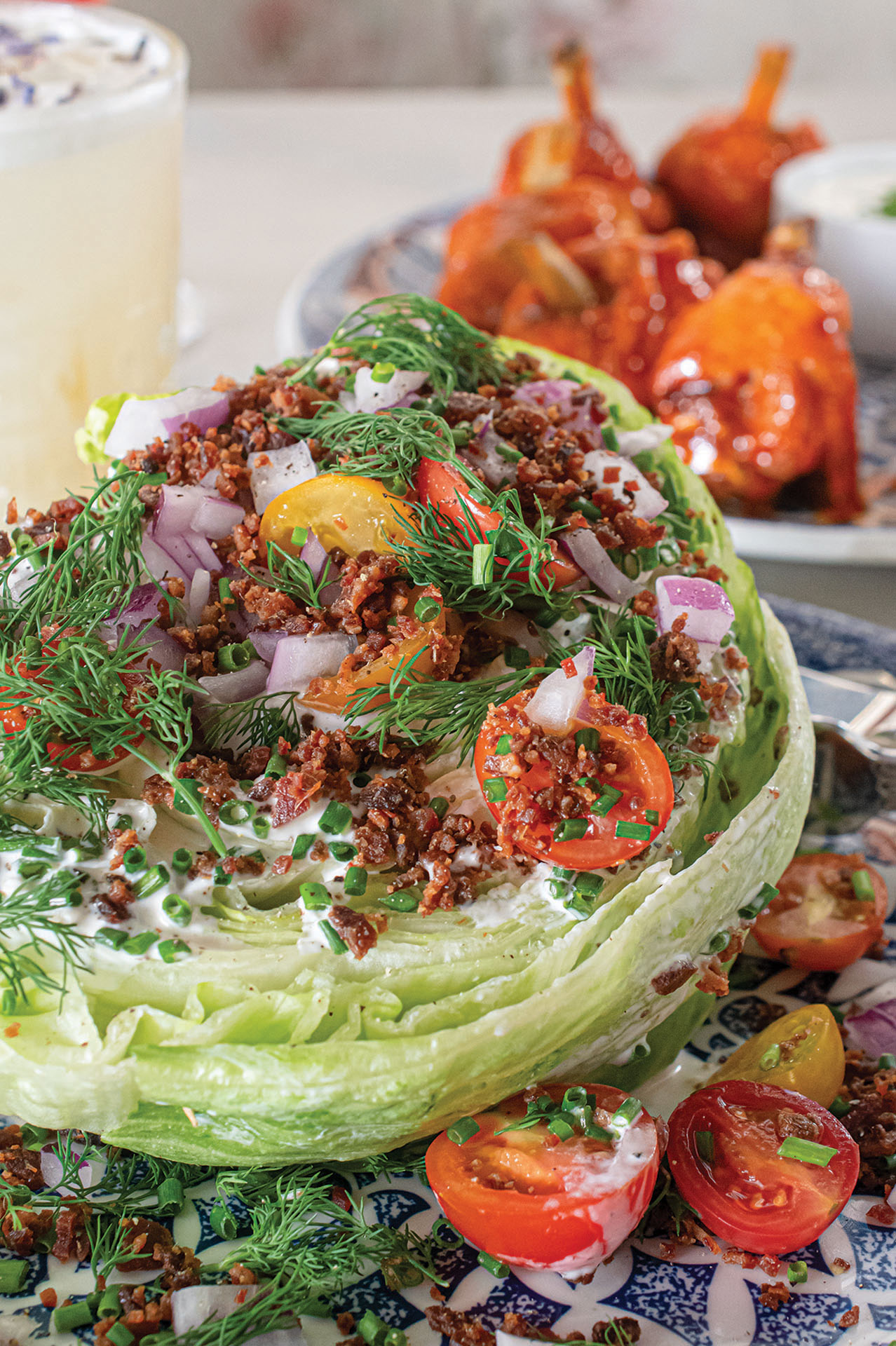 The inspiration for the restaurant’s most intimate space stemmed from the building’s previous use as a bank. Set in a genuine former bank vault, the Vault is ornamented with hand-picked antique décor and low, romantic lighting. 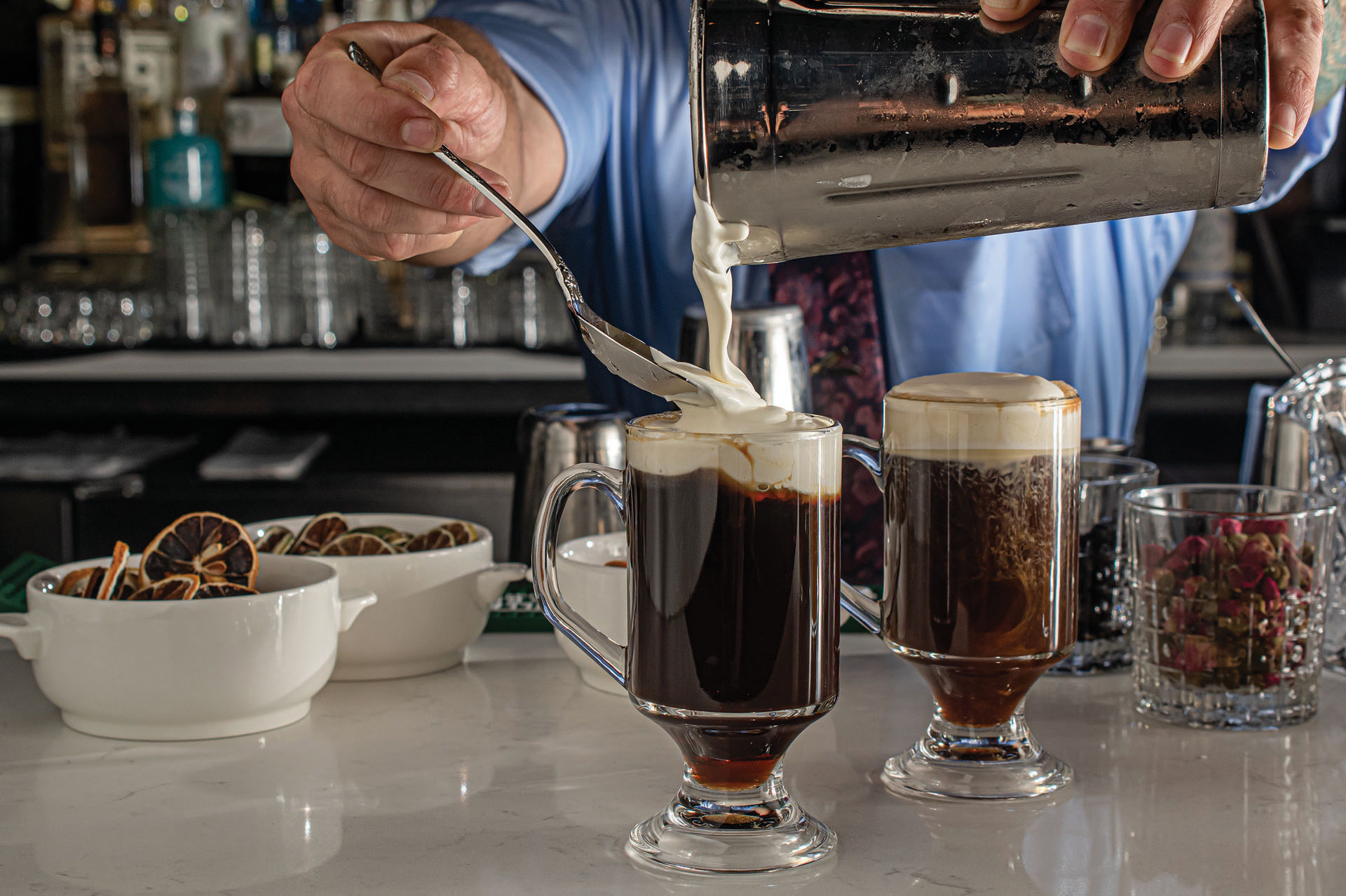 “This is where working with Gordon Ramsay and other prominent chefs really helped me,” explained Avery. “I’m not scared to go outside the lines of a chef. I want to be involved in the entire creative process, from the design and atmosphere to the menu.” 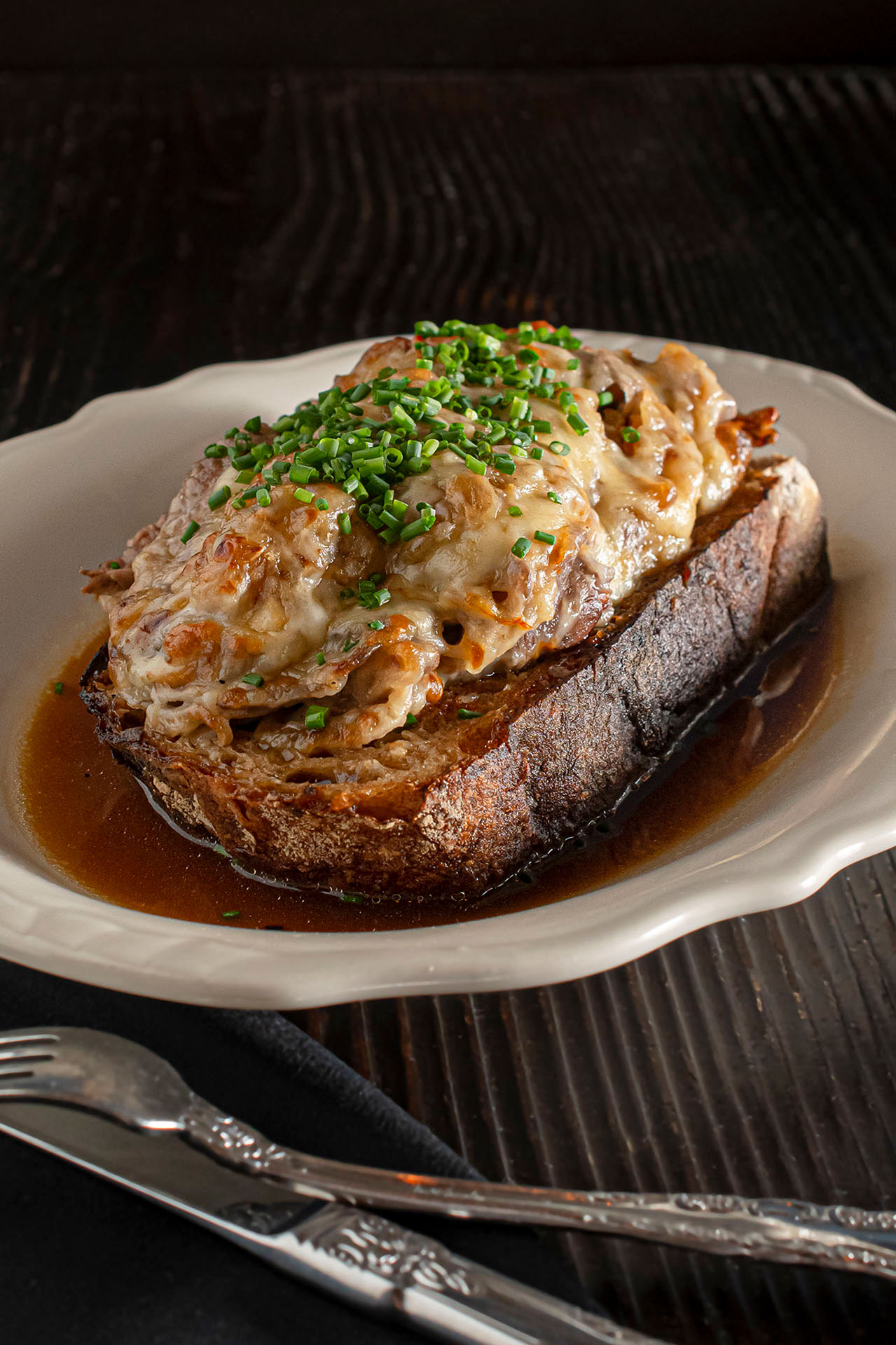 The menu is composed of traditional fare: simple yet robust. Chef Avery and team have elevated the food one might typically expect from a pub with a slightly refined technique and modern approach. It’s the classics: crispy cod fish and chips with mushy peas; traditional shepherd’s pie with ground beef, lamb, peas, carrots, and mashed potatoes; and bangers and mash, a feast of Cumberland sausage, hand-mashed potatoes, and hearty ale gravy. The signature dish is the chicken tikka masala, a creamy blend of Garam masala spices, cilantro, and yogurt, served with jasmine rice and naan bread for dipping.

“It’s a straightforward menu,” added Avery. “It’s authentic English-European food, all the staples people know and love. Everything is made from scratch and with super high-quality ingredients, but these are the kind of dishes you could eat multiple times per week. That’s what a public house is: a place people visit two to three times each week. I wanted to give people an authentic experience, not redefine what a pub is.” 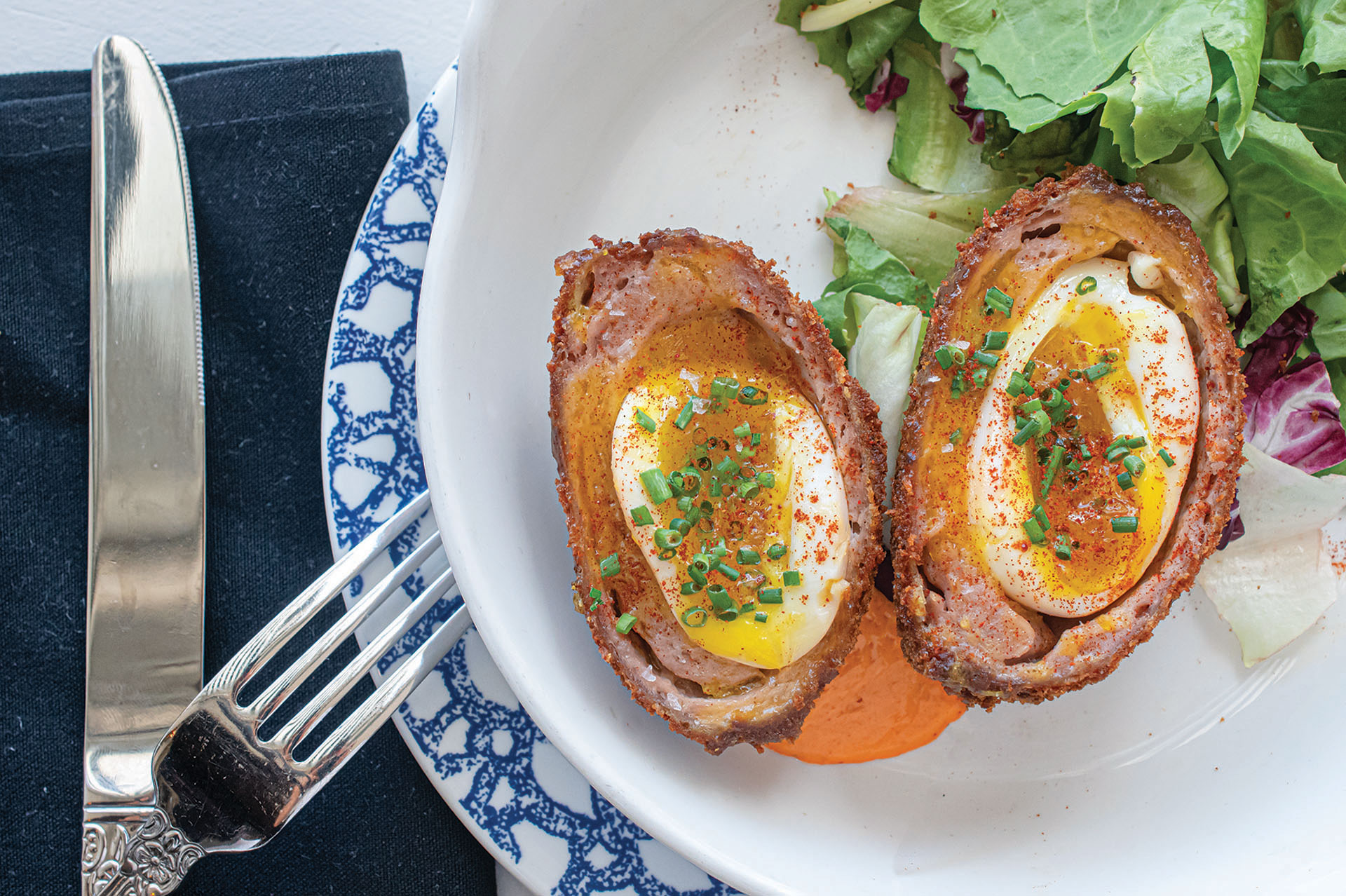 Steaks, chops, loaded handhelds, and a slow-roasted prime rib round out the heartier menu options, while lighter fare spans salads, starters, and a fully vegan mushroom Bolognese with dairy-free parmesan and Two River ragu. Fan favorites include both the French onion soup and the Scotch egg, the latter crafted of Cumberland sausage wrapped around an egg and topped with parme – san-herb breadcrumbs and harissa aioli. In addition to the fixed menu, the chef rotates in a handful of specials.

Drafts are poured in proper English pints (20 ounces rather than the standard 16) and are mostly sourced from Europe, with a few local options from Garden State breweries. All the stalwarts are accounted for: Bass, Harp, Stella, Guinness. “We wanted to have the best pint of Guinness in New Jersey,” added Avery. 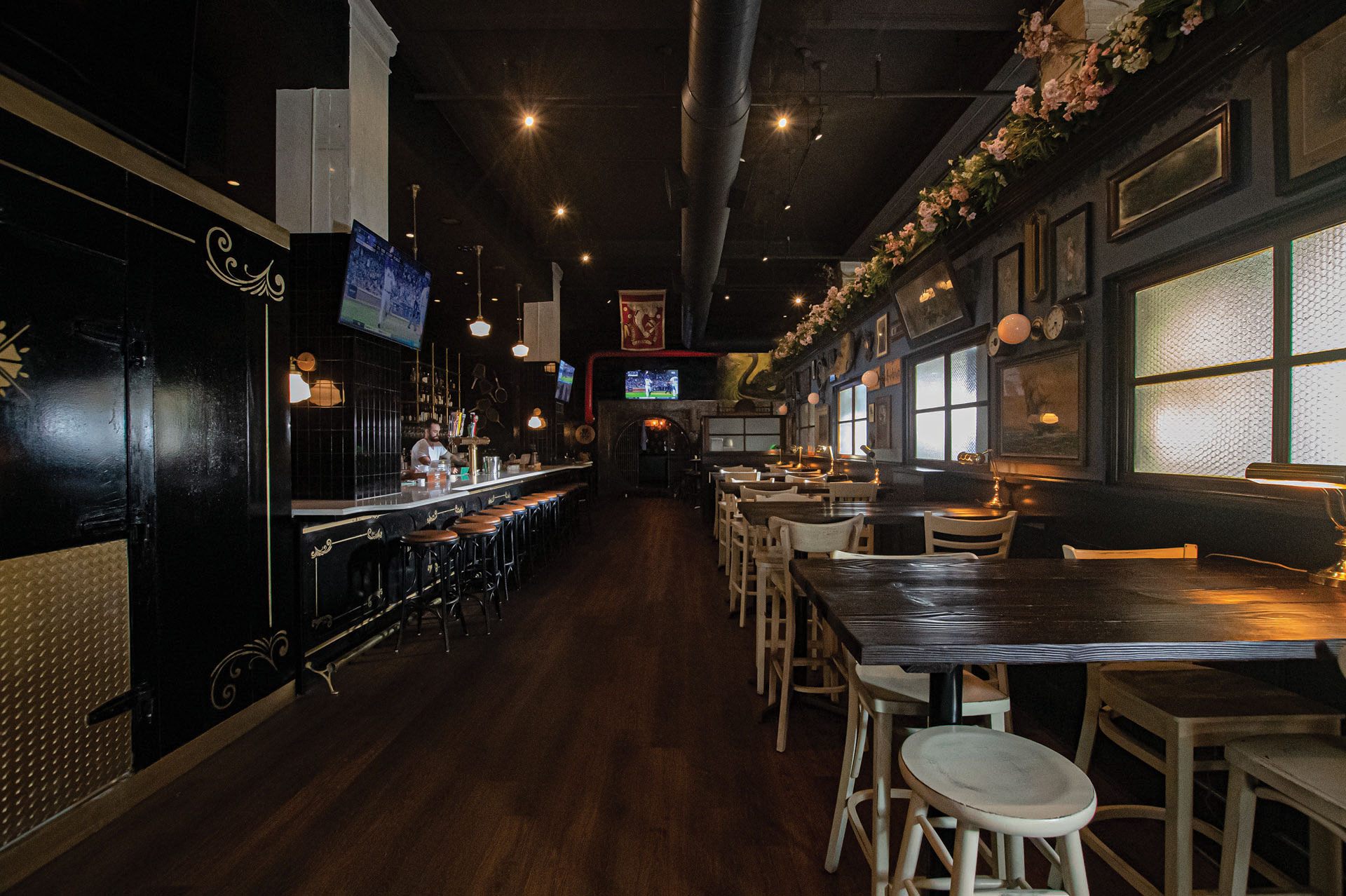 Weekend brunch was added a few months after opening and features most of the full dinner menu options plus a variety of omelettes, corned beef hash, and grass-fed steak and eggs. For the brave, a full English breakfast is also on deck, a massive compilation of bangers, rashers (thin slices of bacon), black and white pudding, roasted tomato, black beans, roasted mushrooms, and sour dough toast.

The Black Swan Public House welcomed its first patrons in August 2021, and Avery’s aspiration of becoming a community gathering hub soon came to fruition. From the beginning, his goal was to offer an authentic pub experience, from the menu to the genial atmosphere even the name. Many pubs of yore adopted monikers that were easy to illustrate, such as a color-plus-animal like the White Rabbit or Red Lion. For Avery, an authentic European gastro pub that opened in the thick of an unprecedented global pandemic deserved a darker persona. 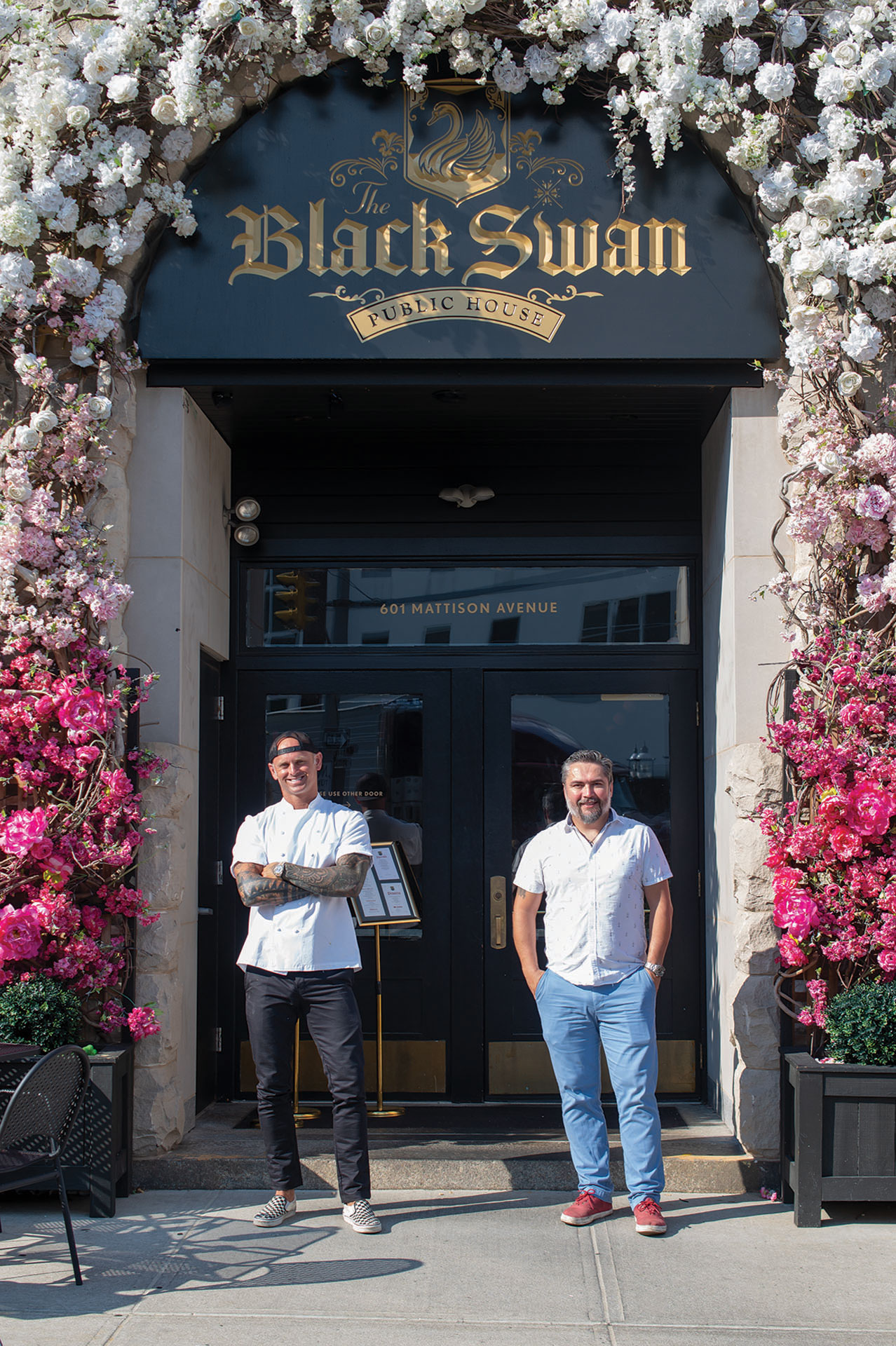 “The Black Swan honors the traditional names of old British pubs, but it’s also a tongue-and-cheek ode to the fact that we opened during the pandemic and were still able to succeed,” he said. 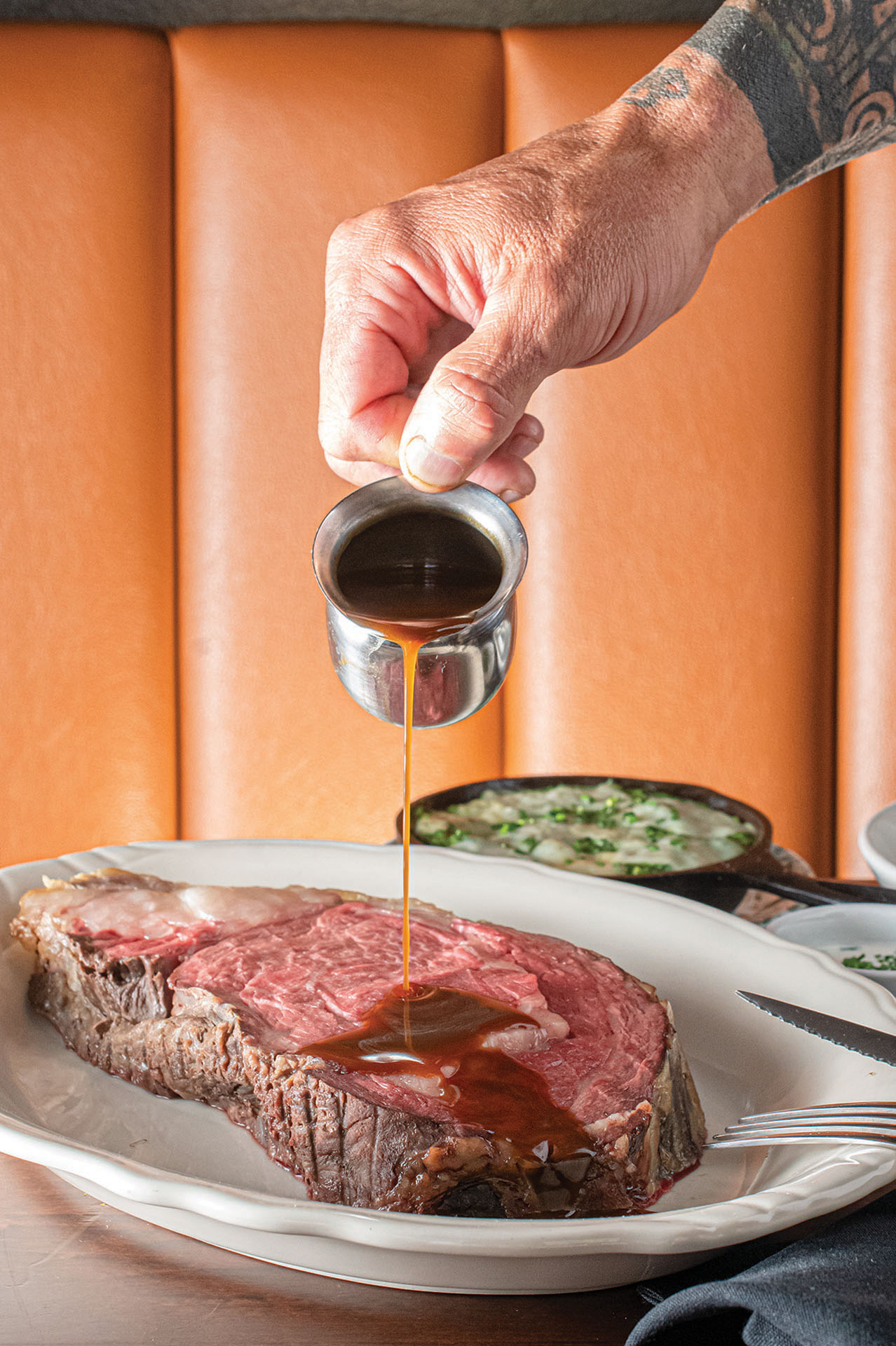