AFTER SELLING HER PRODUCTION COMPANY FOR A COOL $900 MILLION, THE OSCAR WINNER CONTINUES TO PRODUCE AND STAR IN PROJECTS WITH POWERFUL WOMEN AT THEIR CENTER, INCLUDING SEASON 2 OF THE MORNING SHOW

If there ever was a role that would predict an actor’s future success, it was when 23 year old Reese Witherspoon played Tracy Flick in the 1999 film Election. Tracy was ambitious and didn’t let anything stand in the way of winning the election for student body president, including the efforts of her civics teacher Jim McAllister (Matthew Broderick). 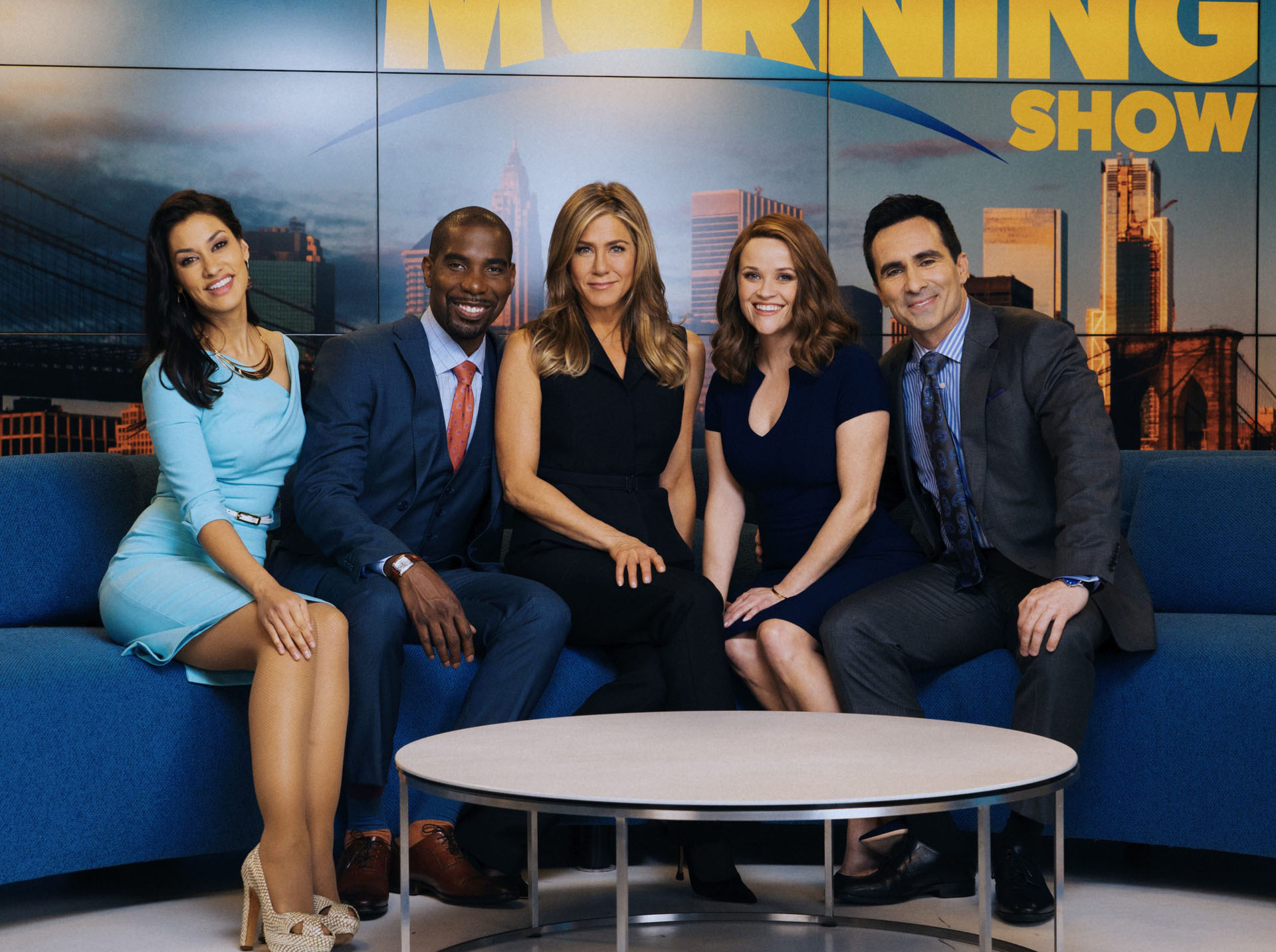 It turns out that in real life, Witherspoon has all of Tracy’s ambition and determination without the character’s duplicity. How do we know? In August, she sold her production company, Hello Sunshine, for over $900 million to a new entity backed by Blackstone, a private equity firm.

While there are many actors who have created their own production companies, very few have built them to the point where they could sell them for almost a billion dollars. But, like Tracy Flick, Witherspoon does not set limitations for herself. 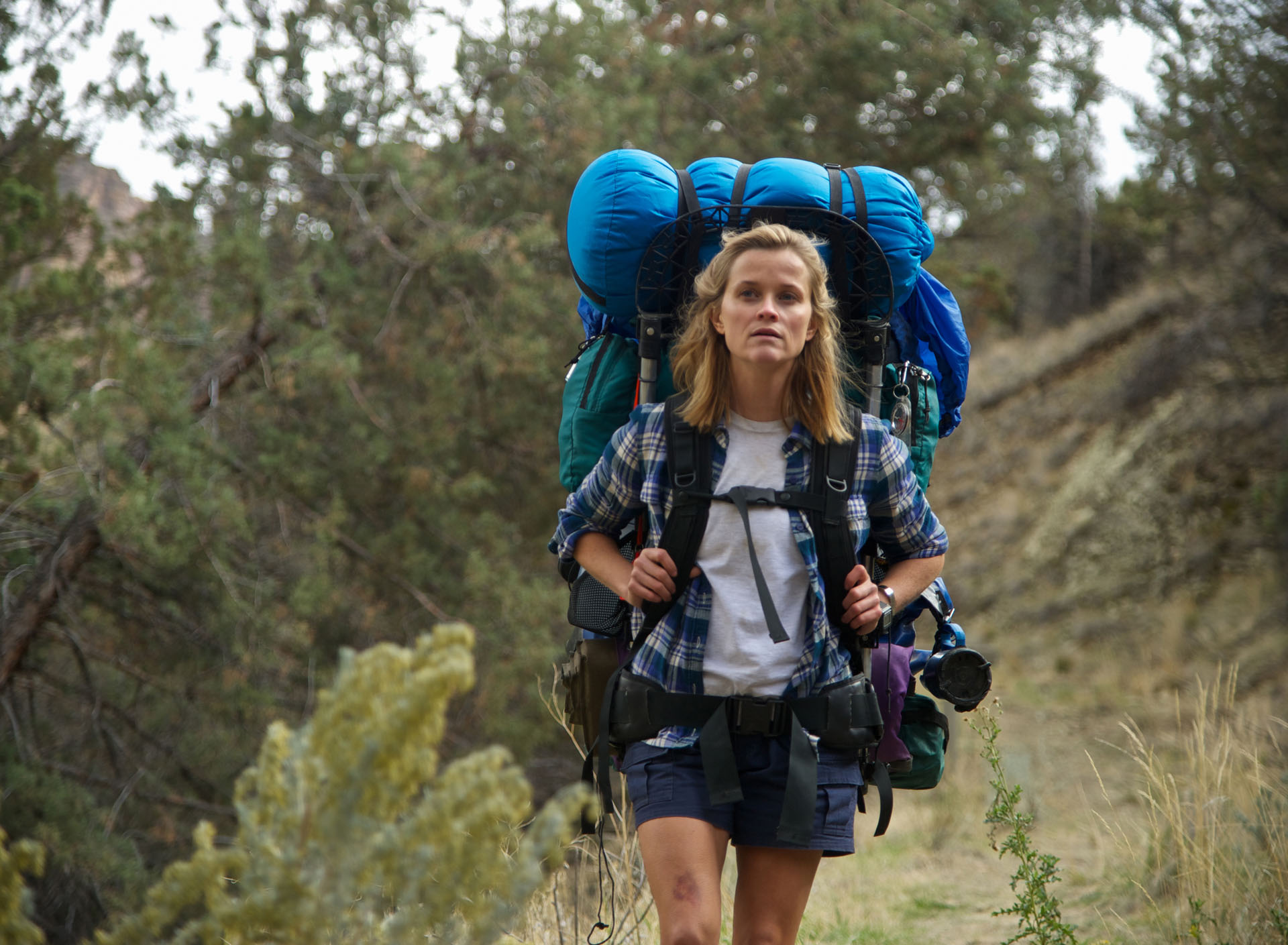 “I was inspired to create Hello Sunshine because of my deep passion for telling women’s stories, and connecting women with storytelling,” she says in an introductory video on the company’s website.

Just because she sold the company, though, doesn’t mean that she’s done producing shows with powerful women at the center; she will be on the board of the new company, and continue her hands on producing, including season 2 of the Apple TV+ hit series The Morning Show, which premiered on September 17. 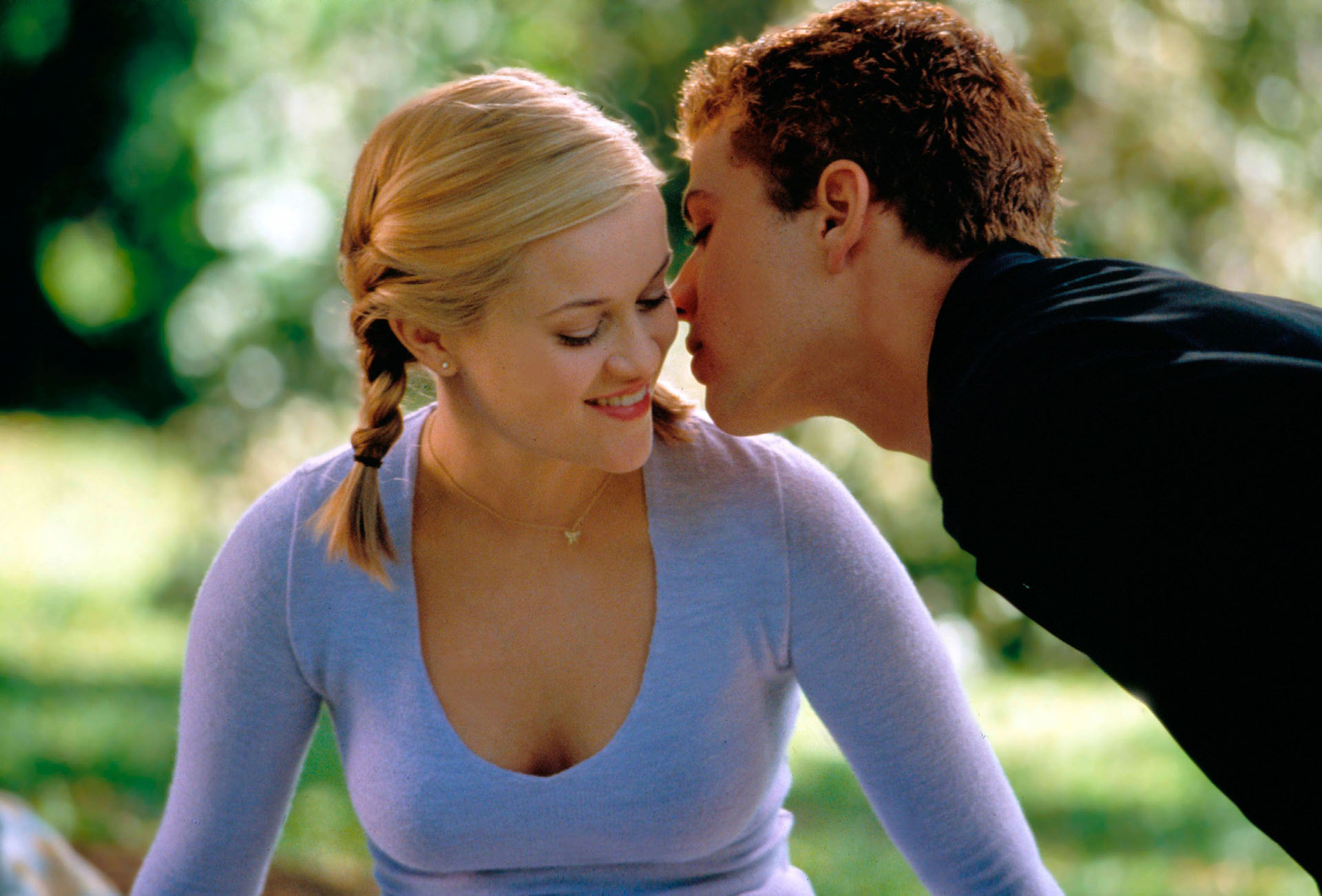 At the end of season 1 of the series, Witherspoon’s character, Bradley Jackson, exposes the toxic environment at the network where she co-anchors a major morning show with Alex Levy ( Jennifer Aniston). When the two of them take to their show to start making their case, the feed is cut off, and Alex quits the show in protest.

In Season 2, Bradley is still anchoring the show as the environment at her network becomes more diverse and inclusive. “Bradley steps into a position where she’s trying to get ahead, trying to play the game,” Witherspoon unveiled in a preview featurette produced by Apple. “Bradley becomes the number one lead anchor, and she thinks she’s in control.”
Bradley is mentored by a new character named Laura Peterson ( Julianna Margulies), who gives the already spirited Bradley additional confidence when the network lures Levy back into the fold.

“The show brings up so many great talking points about the world and people being human,” she says in the featurette. “We have bigger storylines [in season 2]; it’s much bigger and much more impactful than you can ever imagine.” 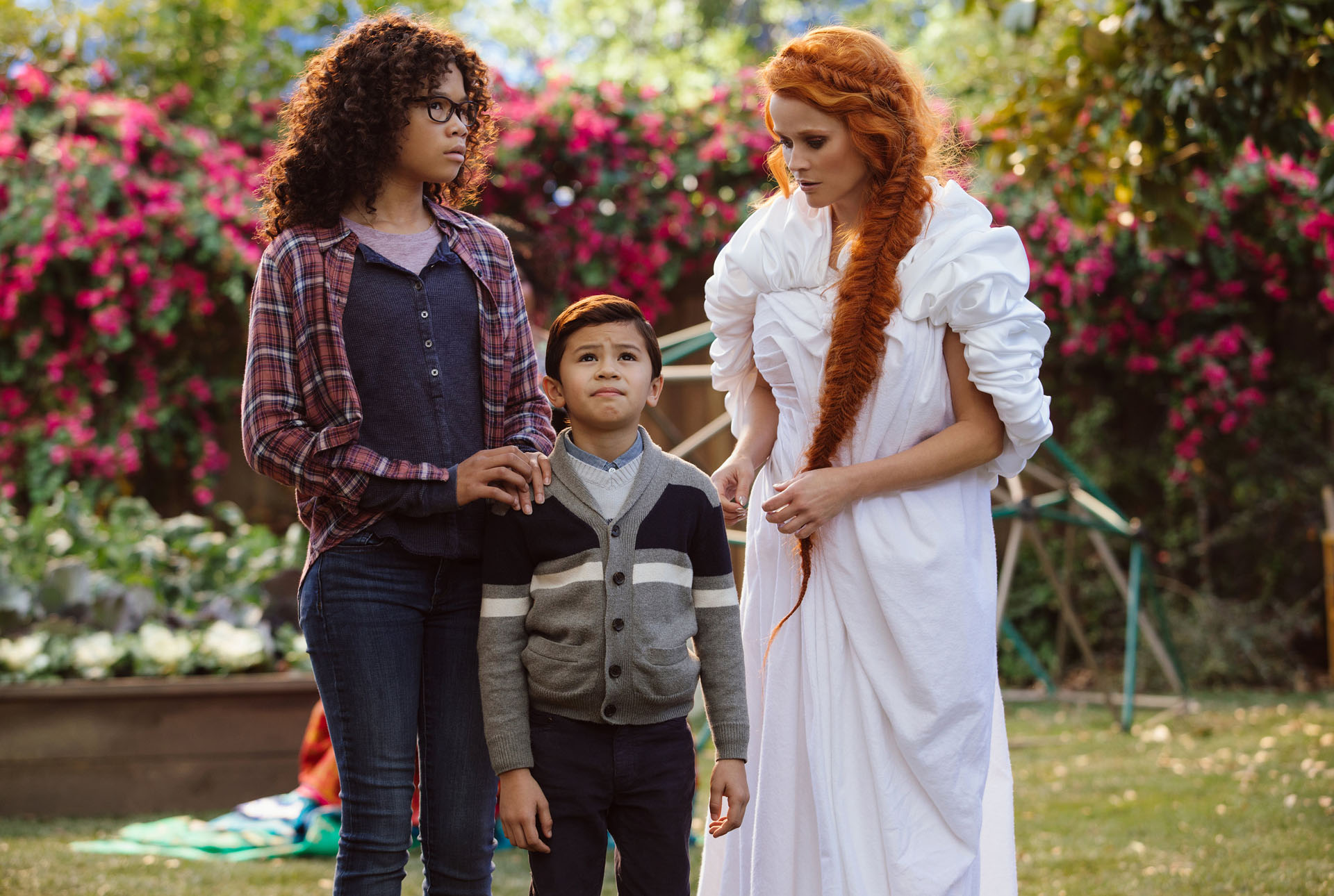 Witherspoon has acted in and produced three of the most talked about shows of the past few years. Aside from The Morning Show, there was HBO’s two season sensation Big Little Lies, where she shared the screen with Nicole Kidman and Meryl Streep, and Hulu’s Little Fires Everywhere, where she co-starred with Kerry Washington. In all of these cases, the atmosphere on set was collaborative and empowering. And Witherspoon has no problem sharing the spotlight; for instance, she and Washington were both executive producers on Little Fires Everywhere.

“The emergence of streaming and the confluence of deciding to start a company I guess I was psychic,” she told Parade in 2020. “I had no idea the whole world would open up for us, but it has changed my life. The ability to work with different storytellers, to be able to option books and partner with other people I respect and admire who also have a perspective that is not my own, but is just as valuable, has changed my entire experience. Now, I primarily generate everything that I do.”

“She’s one of the most determined people I know,” said Aniston in a 2019 interview with the Hollywood Reporter. “She knew what she was up against and she never put that sword down. She had a message and stories to tell, and she was just like, ‘Uh uh, you can’t tell me no and you can’t pat me on the head and say, oh, aren’t you cute.’” 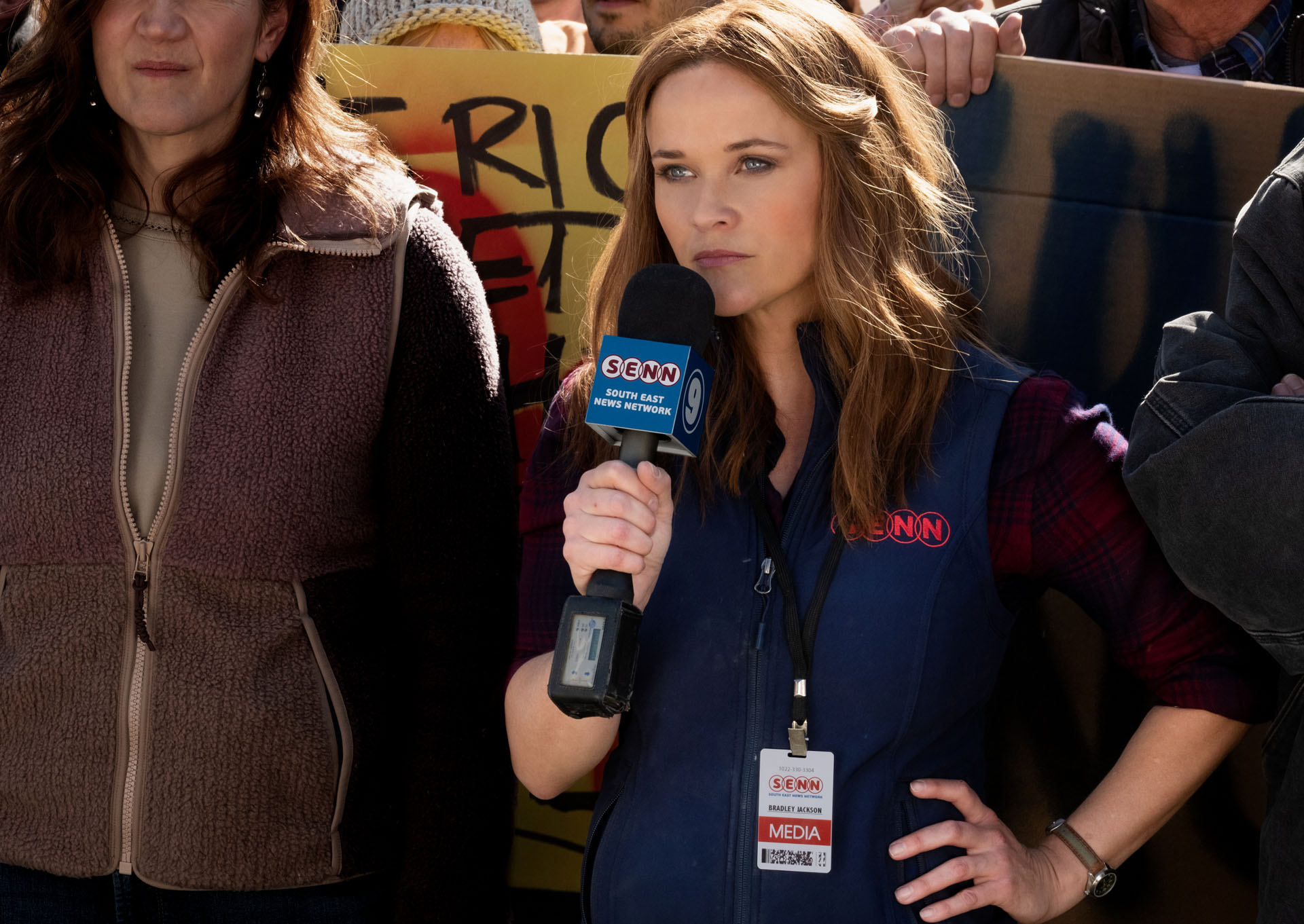 Hello Sunshine, founded in 2016 after Witherspoon felt that the coverage of one of her other companies, clothing design company Draper James, wasn’t treated seriously by the media, has produced all manner of series and films, from home organization reality series Get Organized With The Home Edit to the docuseries Shine On With Reese. It has also produced scripted series where Witherspoon is only behind the scenes, like Apple’s Truth Be Told.

As 2021 turns to 2022, Witherspoon continues to act in her own productions, including some where she’s just an actor for hire. One of the more highly anticipated films and one where she will do double duty is Legally Blonde 3, written by Mindy Kaling and Brooklyn Nine Nine show runner Dan Goor. Witherspoon will reprise another one of her iconic roles, all pink clad lawyer Elle Woods, in a sequel where, she told THR, “I want to discover what age means to that character.” 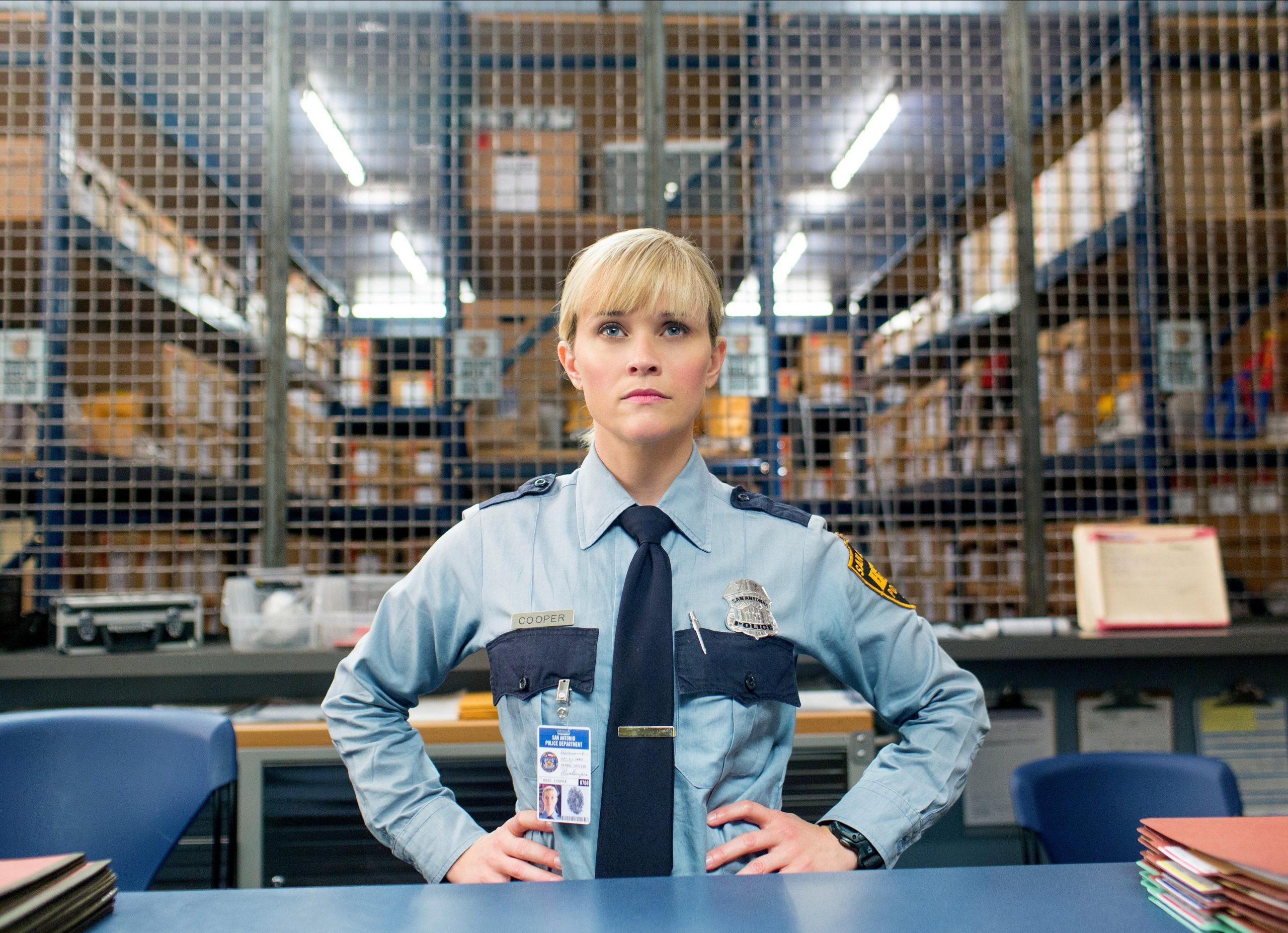 But a quick look at her IMDb listing shows many more upcoming producing projects than acting roles. For instance, Surface, coming to Apple in 2022, will star Witherspoon’s Morning Show costar Gugu Mbatha Raw as a woman who tries to piece together her memories to discover what led to her attempting suicide. Mbatha Raw is also listed as an executive producer, another example of Witherspoon collaborating and encouraging her female colleagues to bring their ideas to networks and streaming services.

She’ll also be producing the film Where The Crawdads Sing and the Amazon series Daisy Jones & The Six, based on the novel by Taylor Jenkins Reid, among many other projects.
Besides Hello Sunshine and Draper James, Witherspoon is influential in other areas, especially on social media. She gives her Reese’s Book Club selections to her 26.3 million Instagram followers (and 3 million more on Twitter), as well as users of the book club’s app and website, influencing book sales like no other celebrity not named Oprah Winfrey. When she picked the book version of Where The Crawdads Sing, by Delia Owens, in 2018, the book went from a first print run of about 27,000 copies to sales of over 1.4 million, according to Vox. 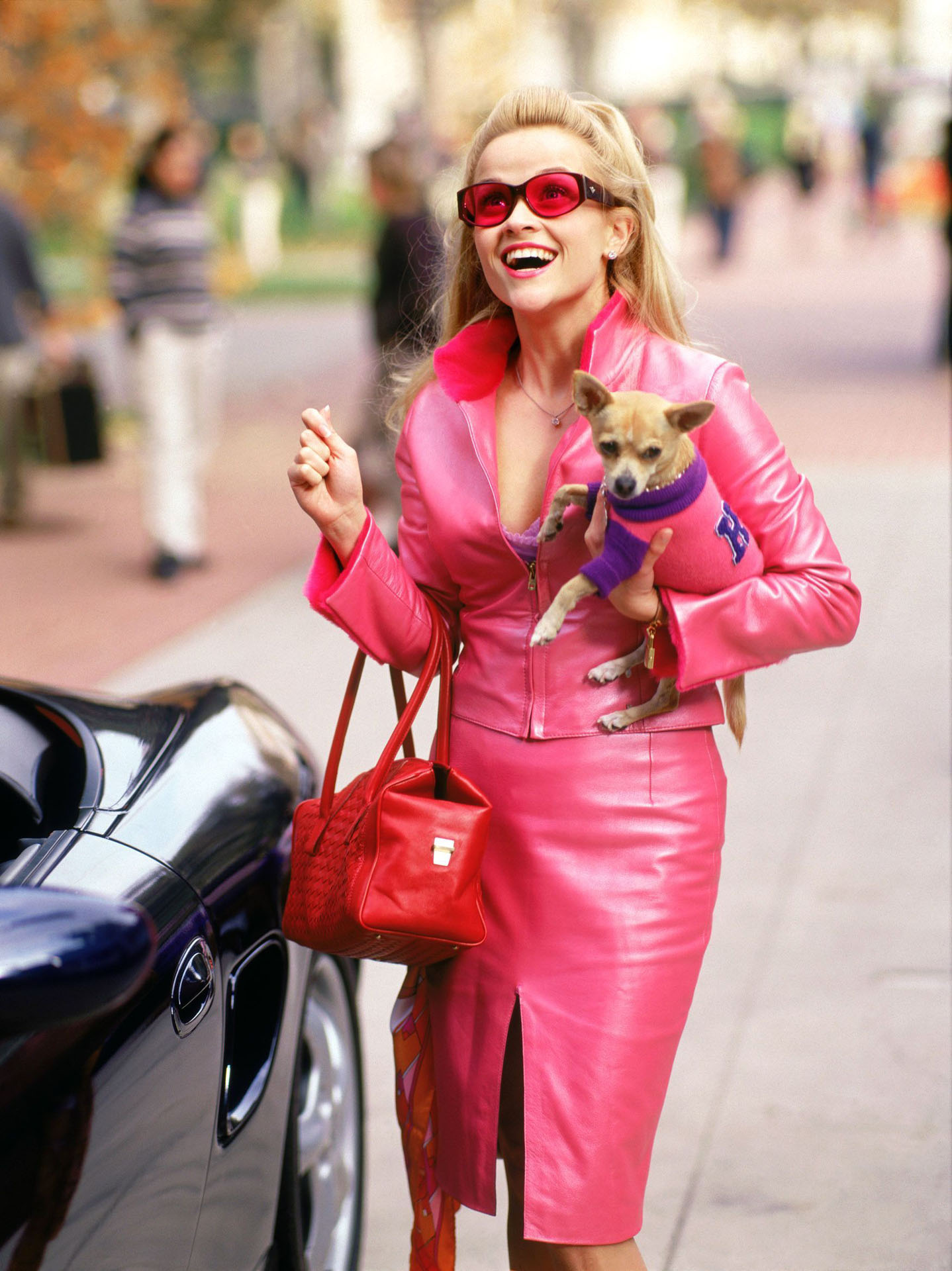 Witherspoon will continue to champion women and tell their stories, because, as she said to THR, “That message that you shouldn’t dream a little, girls, that you got enough of your pie already – is not OK. When people try to tell you to stay in your lane, don’t listen. Do not listen.”