For Italian cuisine aficionados on the Island, the name Angelina has long been associated with classic Sicilian fare, from veal chops with fresh burrata to smoked “Kobbee” meatballs. Set in the old Tottenville Inn on the southern tip of the Island, where breezes roll off the water and rose colored hues tint the sky at sunset, Angelina’s Ristorante is an elegant, white tableclothed dining destination a favorite for anniversaries, birthdays, and other special occasions. Founded in the mid ‘90s by Sicily native Angelina Malerba, the restaurant has since generated a loyal following, nabbing numerous “best of” awards over the years for its authentic Italian dishes and romantic ambiance. In January 2017, after several years of success, the owners expanded the famed Angelina nameplate, bringing their vibrant Sicilian flavors to a different part of the Island this time cooking up an entirely new concept. 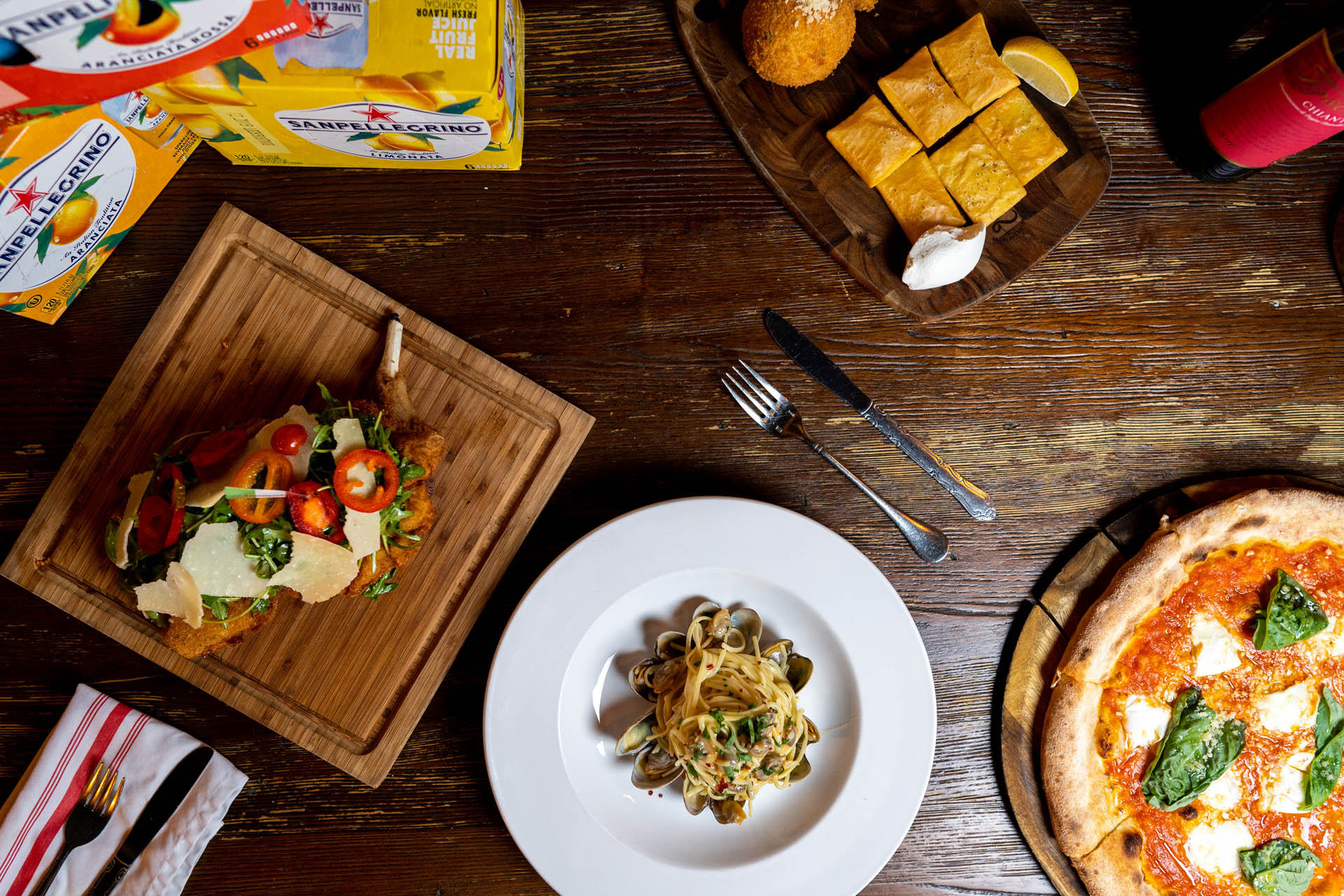 The rustic eatery offers a more relaxed setting, accented by warm wooden tables, leafy plants and fresh herbs, and vintage chic lighting. Smiling mixologists greet diners from behind the full bar, offering everything from Tuscan chianti and prosecco to scratch made specialty cocktails to accompany the fare. And while the atmosphere is more casual than its fine dining sister, Malerba was quick to point out that the caliber of cuisine remains the same.

“We definitely wanted to create a homier and rustic feel with lower price points, but the quality of the food is the same as the Ristorante,” added the co-owner of his vision for the new space. The venue was formerly a Bonefish Grill, so while the restaurant bones were there, a full renovation was needed to convert the ambiance from American grill to southern Italian bistro. 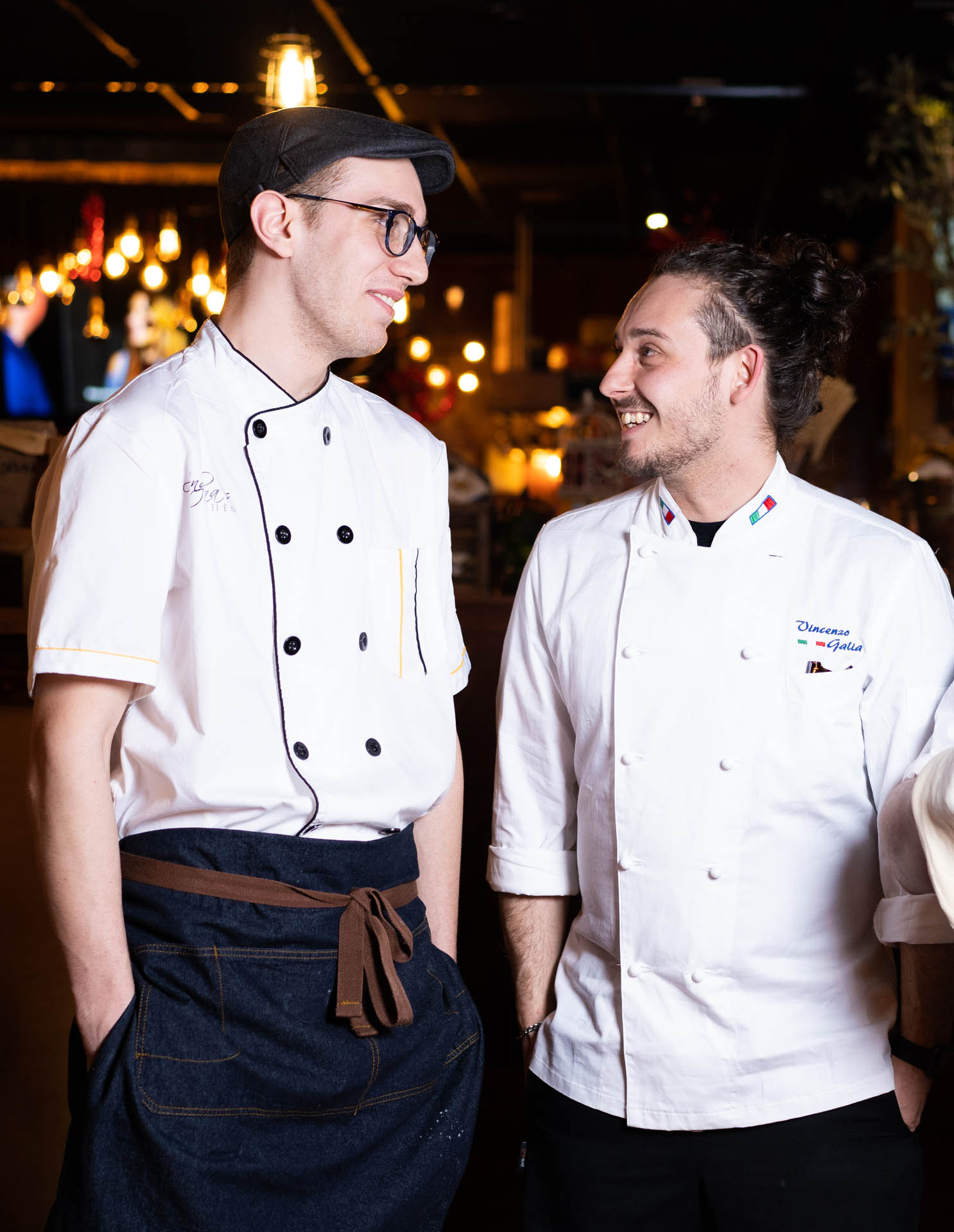 “As soon as I walked into the space, I knew it would be a great location. I grew up in that area. I worked with my general contractor and my wife, and together we were able to completely redesign the space, giving it that rustic feel.” 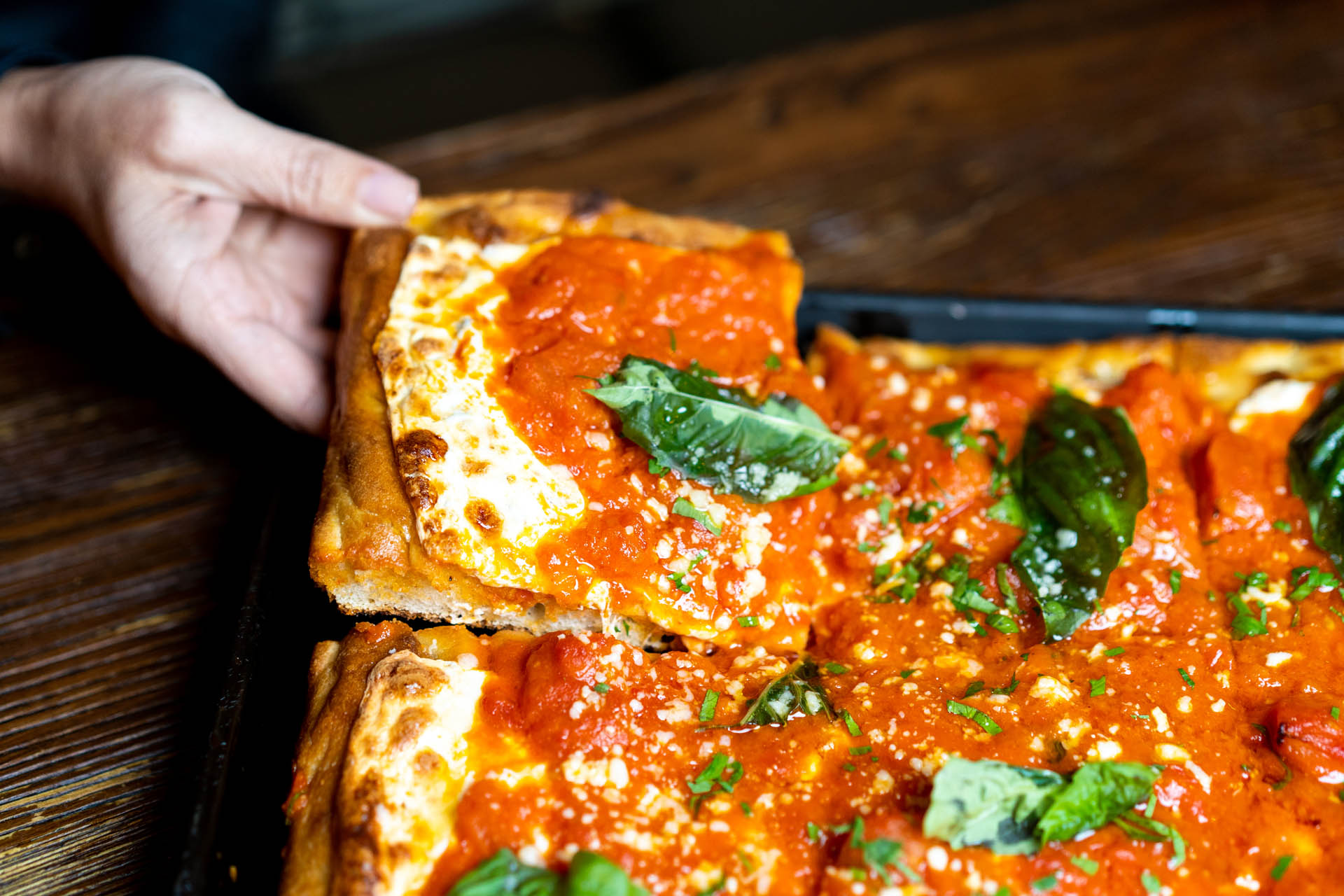 Antipasti dishes include rich meatballs with ricotta cheese, riceballs with panelle (a Sicilian fritter), and Italian eggplant with marinara and mozzarella. There are also scratch made soups like minestrone and pasta the fagioli (bean soup) plus fresh salads. 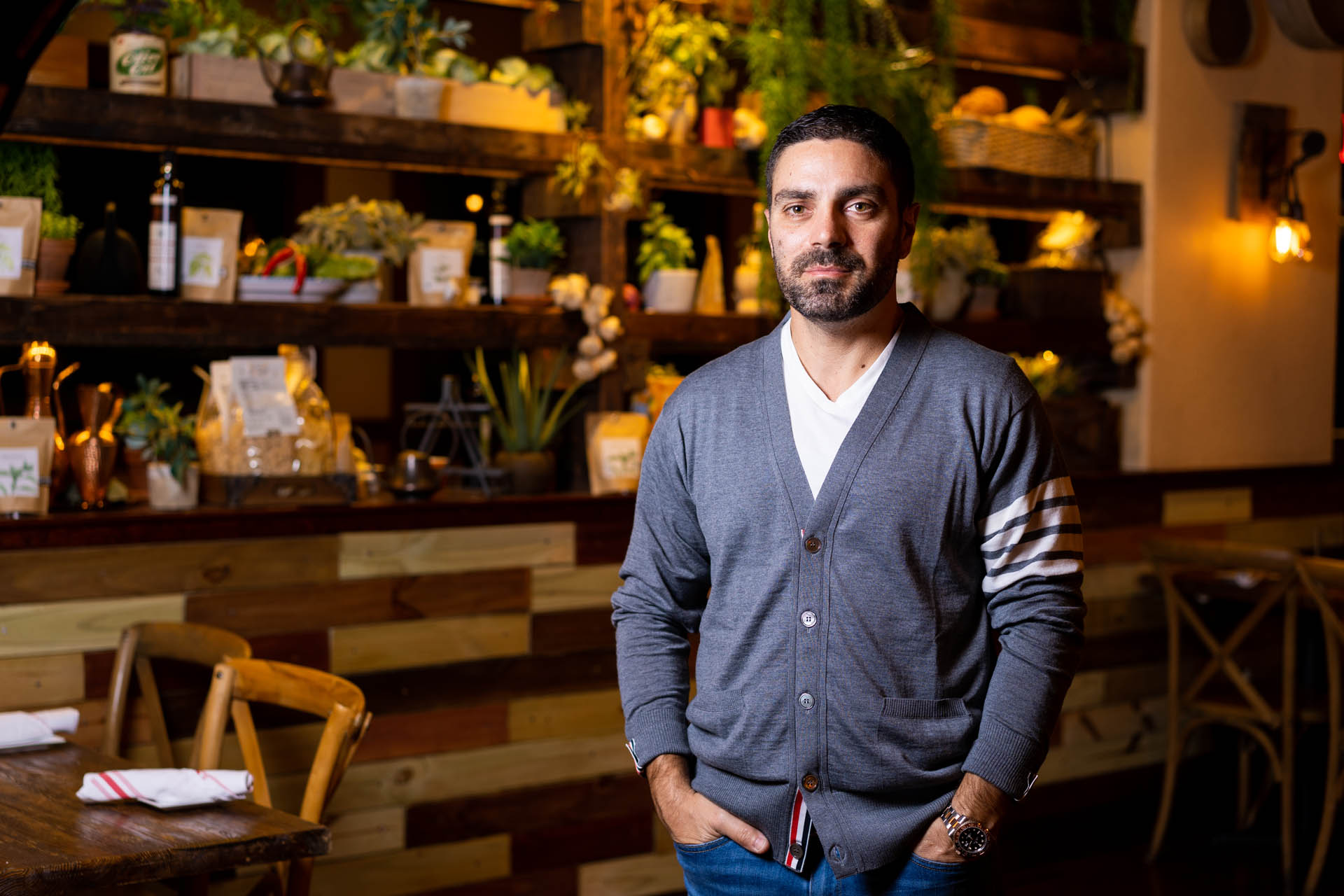 The pasta spread runs the gamut, from traditional gnocchi to penne alla vodka. Homemade cavatelli is draped in fresh basil pesto sauce and topped with rich buffalo stracciatella, while a decadent lasagna is layered with ricotta, besciamella sauce, meat, and fresh mozzarella. For pasta lovers new to the Kitchen, Malerba recommends the rigatoni bolognese. 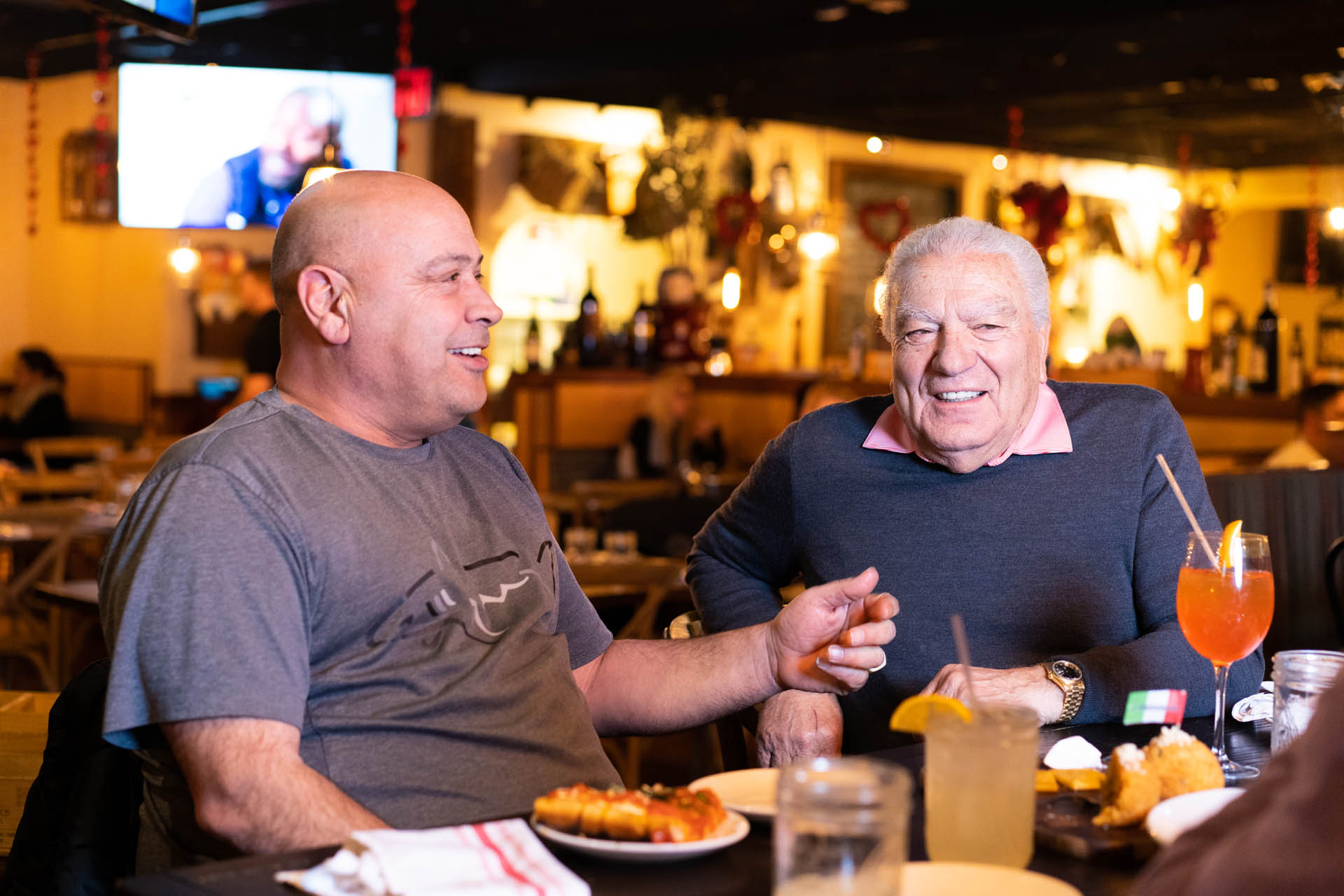 Larger staple dishes are also on deck. The costoletta di maiale a bone in pork Milanese (breaded cutlet) topped with cherry peppers and arugula and served with potatoes has a cult following, and other fan favorites include breaded veal stuffed with peanuts, raisins, and mozzarella, and pollo al limone chicken sautéed with white wine and lemon sauce.

Pizza is a big deal here, and Malerba noted the chefs are always flexing their creative culinary muscles and experimenting with new recipes for the pies. The menu includes bubbling classics like margherita with buffalo mozzarella and Sicilian style pan pies, plus playful renditions like the Bee Sting (spicy soppressata with honey), the SpeckTacular (smoked speck prosciutto, arugula, buffalo stracciatella cheese, and cherry tomatoes), and the Holy Cow, topped with bresaola, shaved parm, lemon zest, arugula, and fresh burrata. 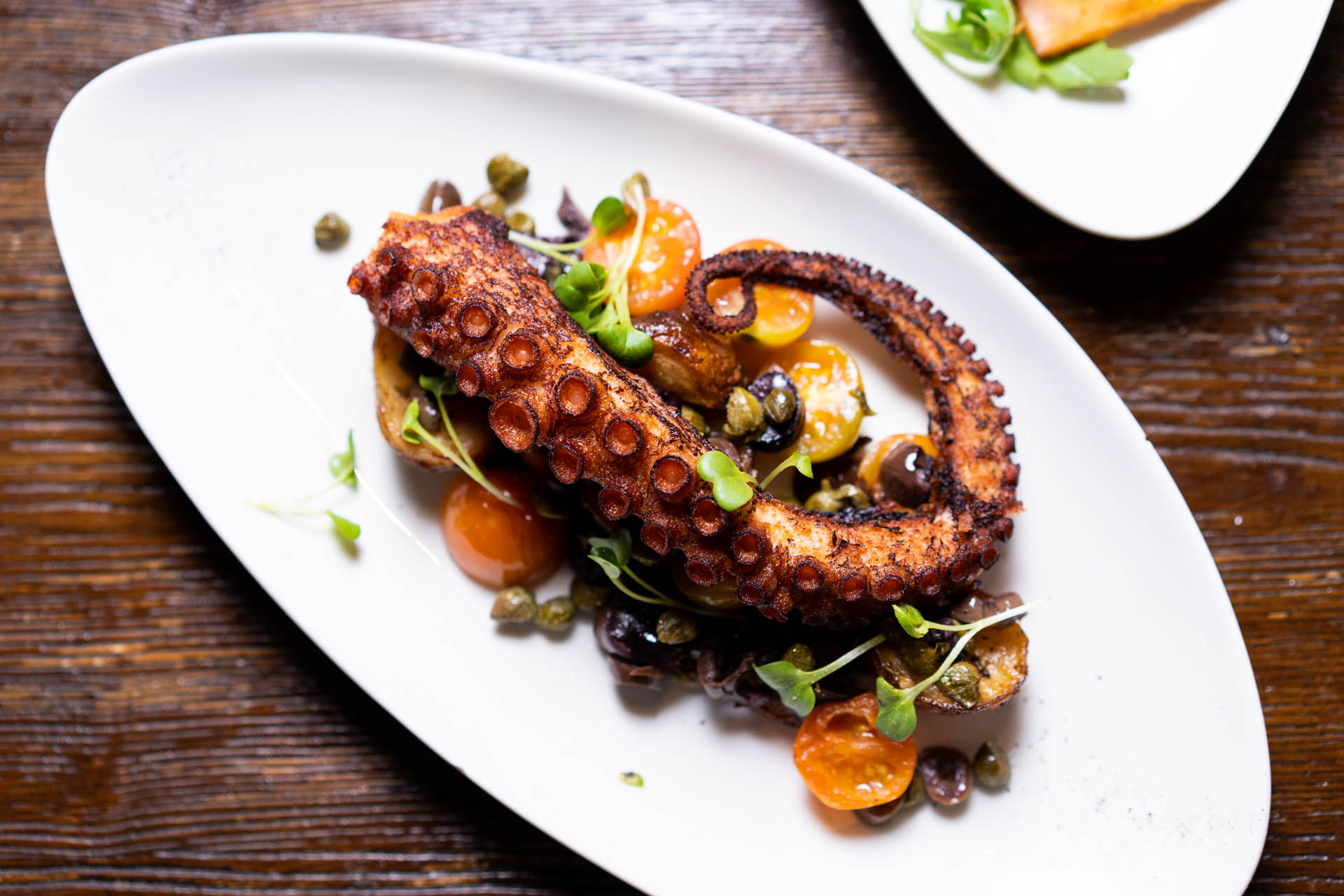 It was important to the owners to make the dining experience as authentic as possible, from the mostly Italian staff to the music playing in the background.

“We have two partners that are from Sicily, and most of our staff is Italian. They have heavy Italian accents which adds to the experience,” laughed the co-owner. 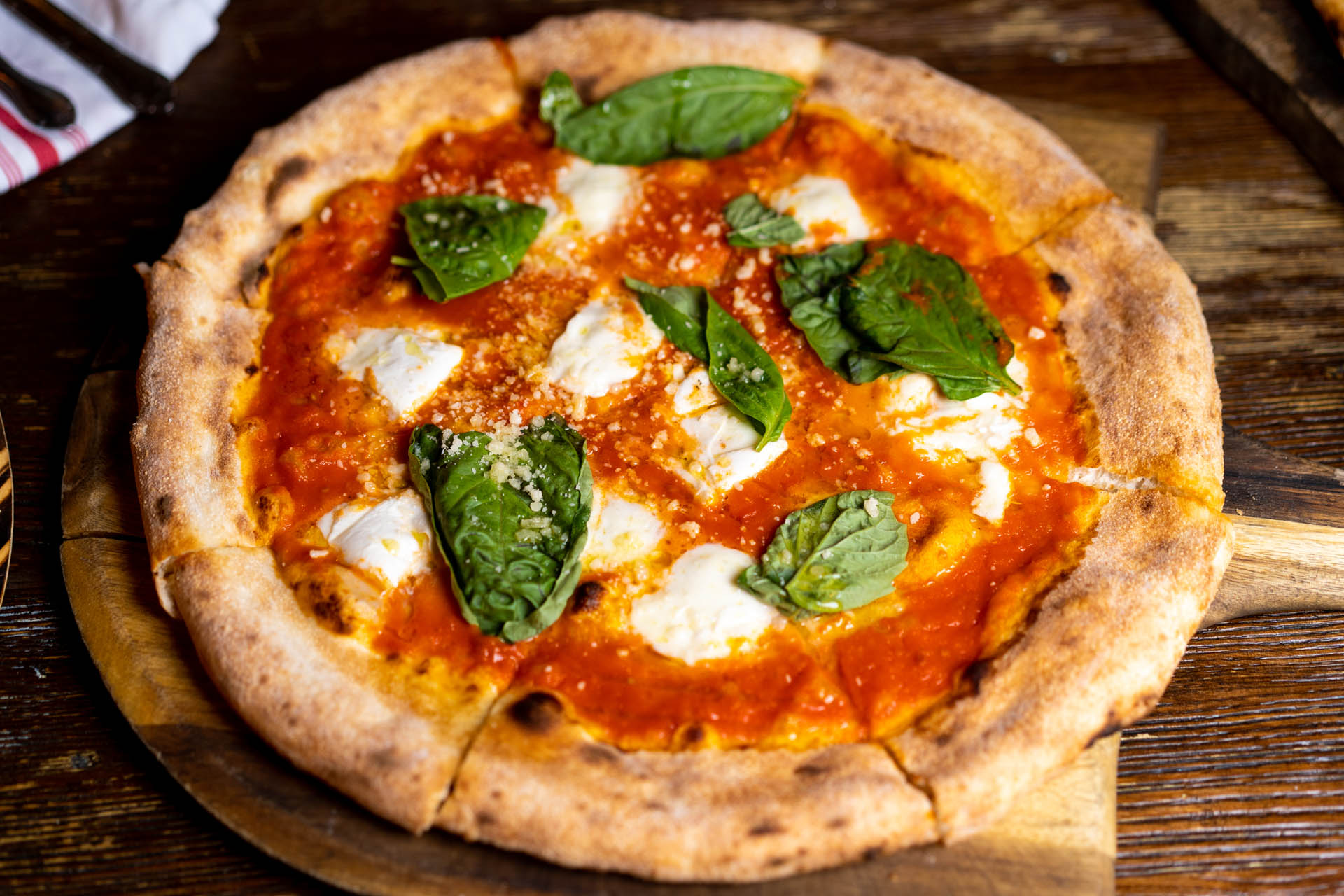 The restaurant also hosts cooking classes on Tuesdays every two to three weeks, a tradition that was temporarily shelved amid the pandemic but has since picked back up. The team invites patrons to come in, roll up their sleeves, and get an intimate lesson in the artistry of Italian gastronomy. Past classes include learning how to make gnocchi with fresh tomato and mozzarella, arancini (crispy riceballs), and scratch pomodoro sauce a staple for any Italian cuisine enthusiast.

“These cooking classes have become a huge hit with our customers. We make a mess and have so much fun with them.” 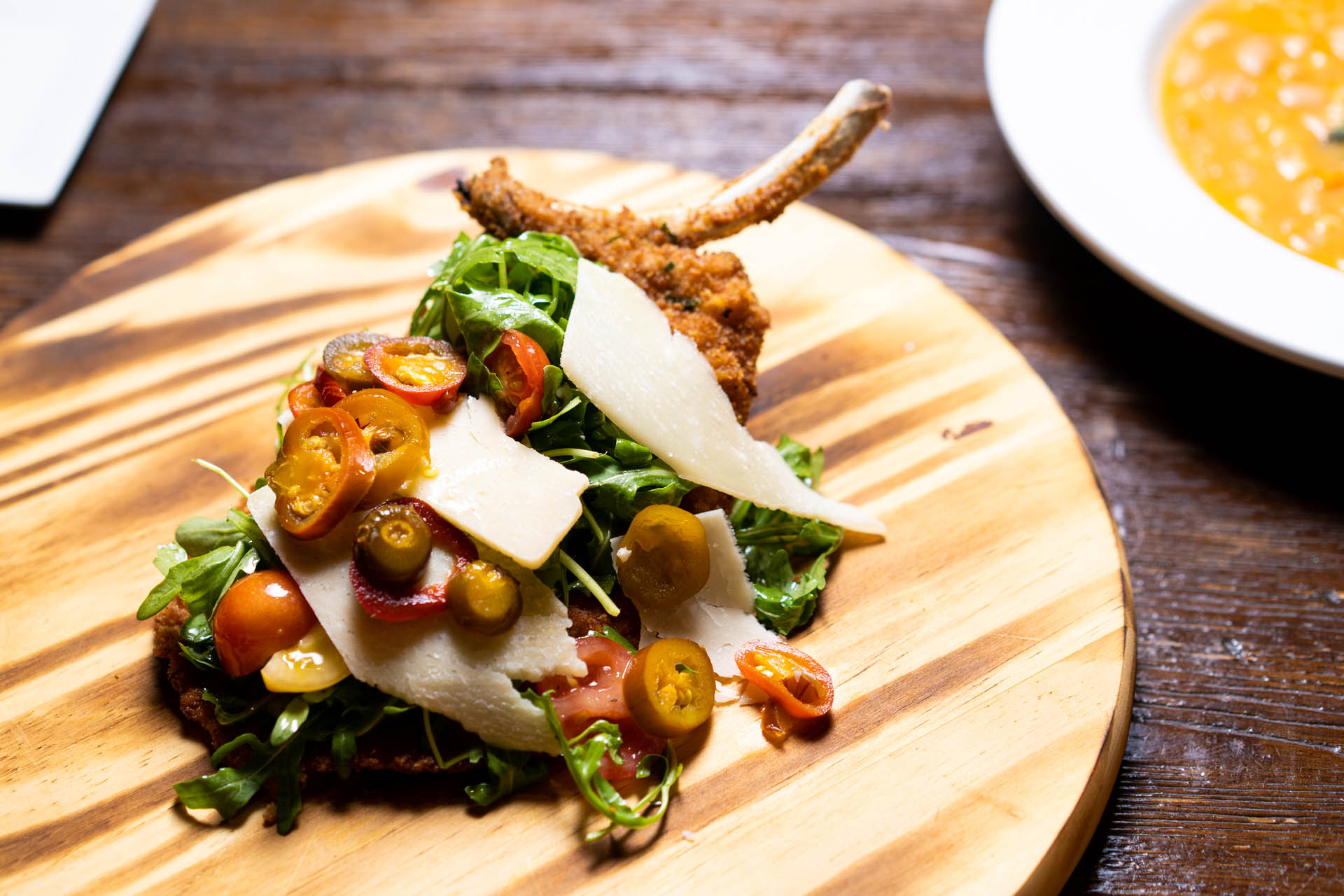 In addition to the cooking classes, the Kitchen presents wine tastings and wine dinners every two weeks. Vino is, after all, a cornerstone of Italian culture.

On any given day, seven days a week, Malerba can be found in one of the two locations, overseeing the day today operations, chatting with regulars, and enjoying the flavors of his childhood. Now on the brink of the restaurant’s four year anniversary, the owners are planning their next Angelina’s Kitchen outpost, enamored with the opportunity to bring the concept to another neighborhood on the Island. And when asked the secret to weathering the volatile waters of restaurant ownership over the decades, Malerba responded with one word: consistency. 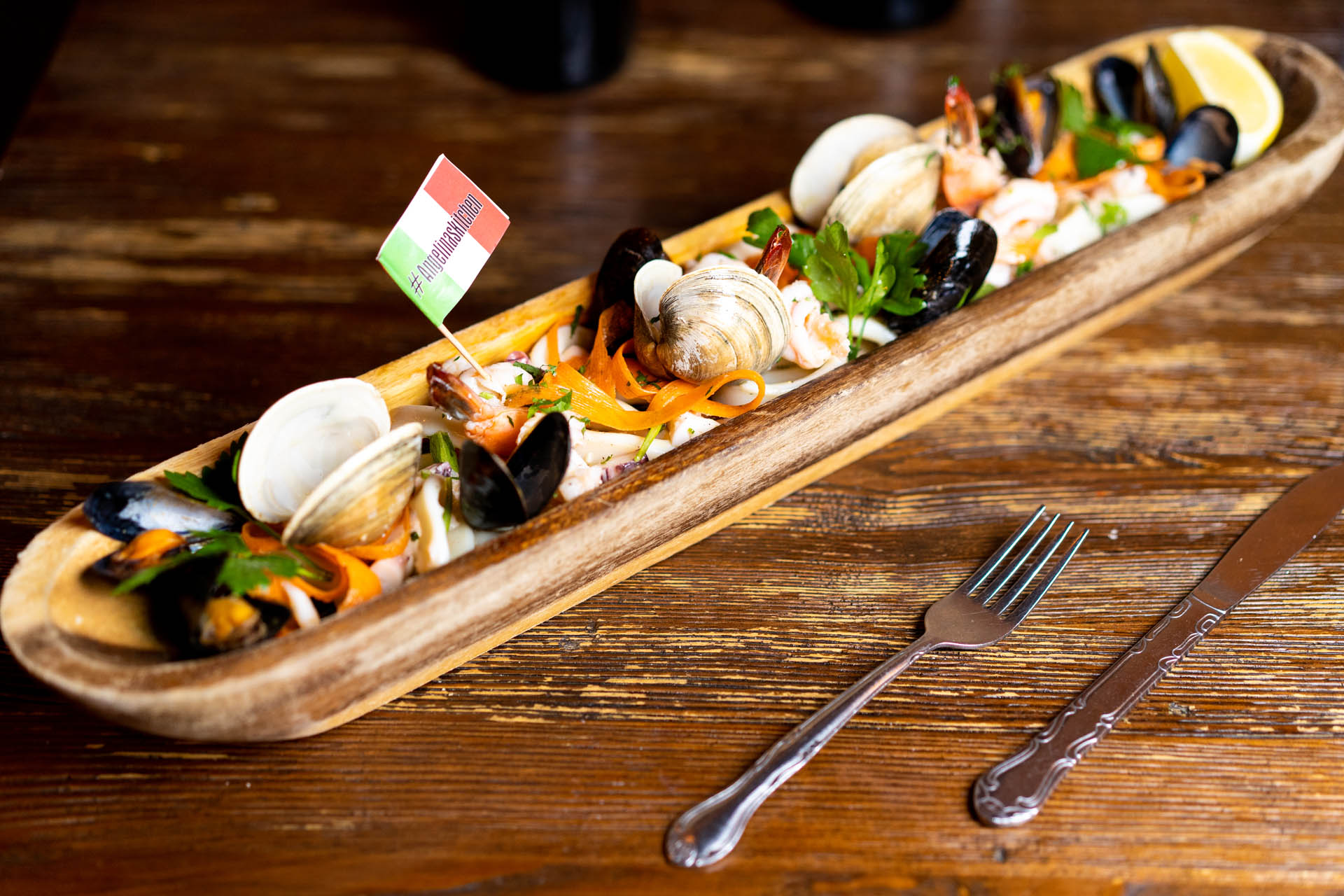 “Guests appreciate that,” he added. “And always be friendly and happy.”