THE 23 YEAR OLD STAR OF GAME OF THRONES JUMPS TO THE BIG SCREEN AS JEAN GREY, WHOSE POWERS TAKE A DARK TURN IN THIS TWELFTH FILM IN THE X MEN FRANCHISE

Over the course of 11 released titles, X Men films have become the seventh highest grossing cinematic series in history their worldwide haul of $5.78 billion just behind the so called “Middle Earth” The Hobbit and Lord of the Rings releases ($5.88 billion) and just ahead of the Fast and the Furious series, with its $5.13 billion worldwide gross. (First place goes to Marvel Cinematic Universe and its astonishing $18.57 billion). It could be argued that, since the comic book X Men series was originally under the umbrella of Marvel Comics (20th Century Fox obtained lm rights to the Stan Lee and Jack Kirby created characters in 1994), these are all, at least spiritually, MCU titles, but then a little brand diversity rarely goes badly astray. 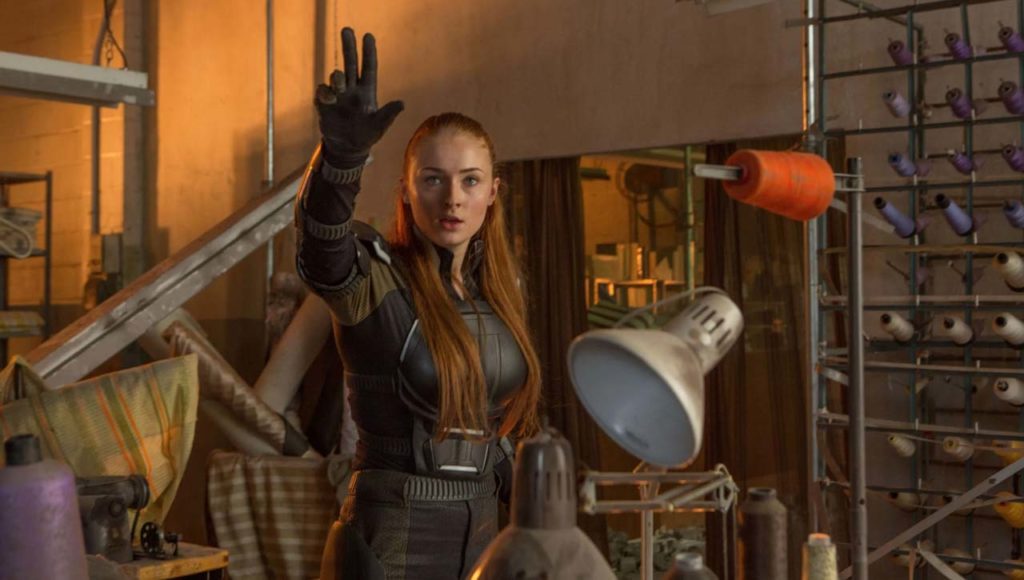 Both franchises, though ongoingly popular and with no signs of abating, do have to contend with the challenge of how to re describe familiar characters in appealing ways. It has, for example, been Hugh Jackman’s task to occupy and reinterpret the role of Wolverine since the first lm, X Men, was released in 2000. In in the most recent (and supposedly last for Jackman), 2017’s Logan, writer and director James Mangold described an aging superhero whose powers, though still present, have to contend with the grief and dissolution of their owner. It was as much in the vein of a dramatic Western as it was a superhero lm, and found new ticket buyers because of that duality.

Based in part on the graphic novel Phoenix Saga (Uncanny X Men #101 108, 1976–1977), the plot for X Men: Dark Phoenix the seventh and reportedly final installment of the main series (titles like Deadpool are considered ancillary to the principal storyline) also tells an intensely personal story: what mental collapse looks like when associated with shifting superpower attributes. Written and directed by Simon Kinberg, the June 7 release lm is a sequel to X Men: Apocalypse, and tells part of the tale of Jean Grey, an X Men member whose telepathic abilities, developed under the guidance of Professor Charles Xavier, are altered decidedly for the worse after she is exposed to solar are radiation. In time, she acquires the qualities of the Phoenix an entity of “pure mind and power.” In time, Jean becomes, explained Kinberg at a 20th Century Fox Showcase panel we attended at the recent New York Comic Con, a being “some of the people in her life want to save, while [others] want to save the world from.” Over the course of the lm distributed by Walt Disney Studios Motion Pictures and produced by 20th Century Fox we see a battle for control between these two personalities. 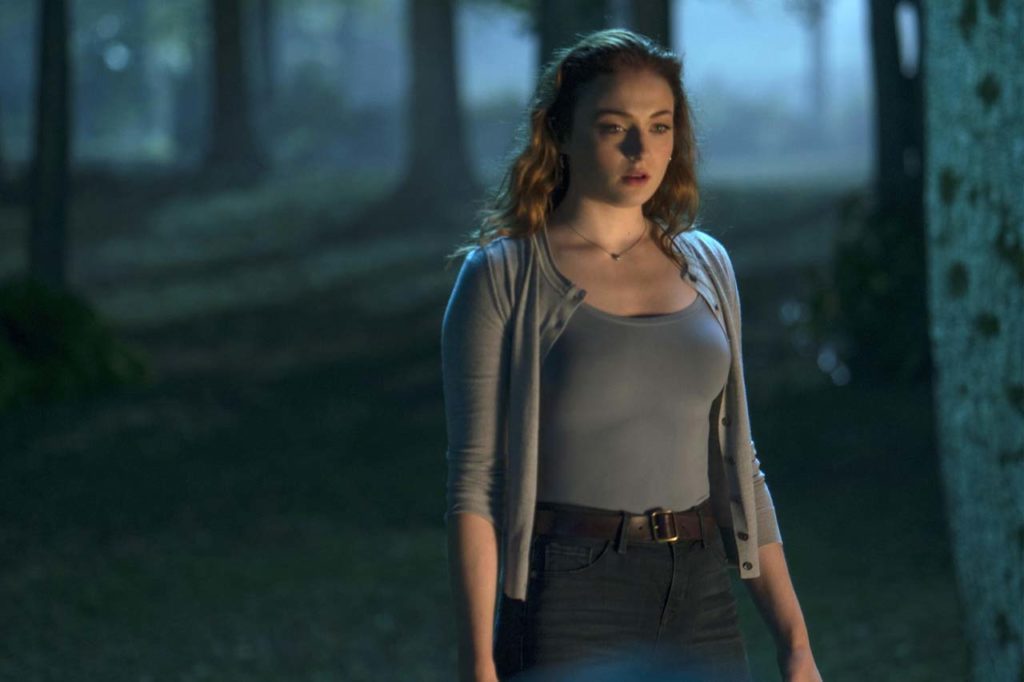 For the lead, Kinberg and lm producers chose 23 year old English actress Sophie Turner, who made her professional debut at the age of 15 playing Sansa Stark in HBO’s Game of thrones, one of the most critically acclaimed and successful TV series of all time, the eighth and final season of which will air its last episode on May 19. Playing a character thrust from one terrifying and life threatening situation to another including being serially abused by husband and psychopathic petty noble Ramsay Bolton and forced to witness the betrayal and execution of her father Turner’s countenance is one audiences have witnessed evolve both physically and psychologically.

“We felt like, after XMen: Apocalypse which was huge in scale and scope we wanted a story that [would] also be intimate,” said Kinberg. “Dark Phoenix is about a central character in Jean who starts to lose control, and that’s all it is. [This] happens to manifest as superpowers, and in huge and destructive ways, but it’s really about someone who loses control and that fractures a family around her as she herself is fracturing. For me as a director, telling that story after Logan…and after we’ve gone huge with Apocalypse [Kinberg was a producer for both films], it felt like the right time.” 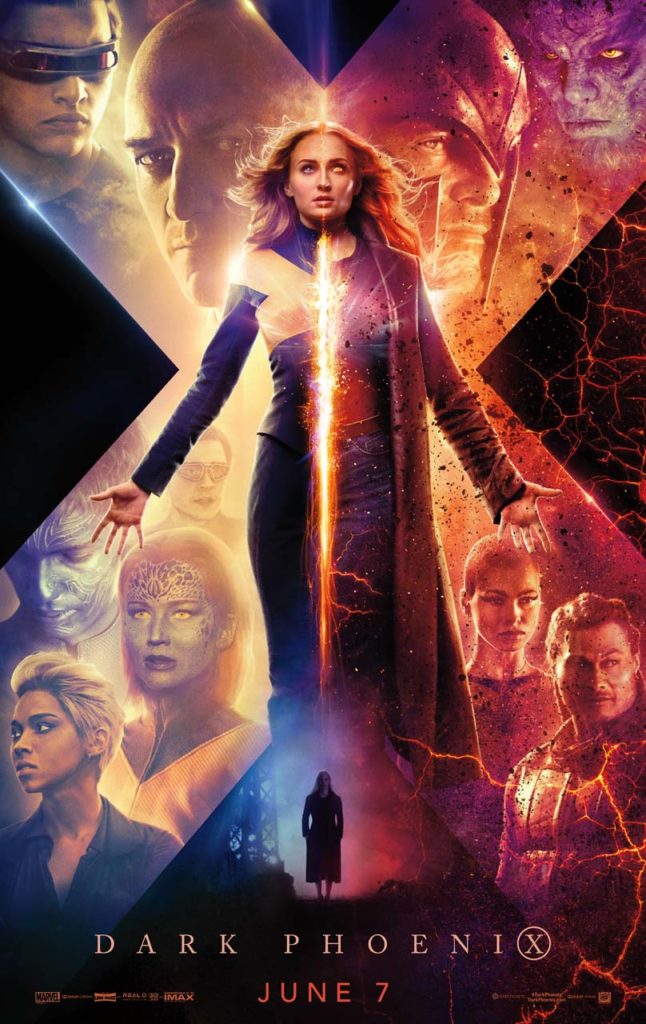 The daughter of a nursery school teacher and a pallet distribution company employee, Turner had acting ambitions early, and still maintains a membership at the Warwick, England based Playbox Theatre Company that started when she was 3 years old. Requiring an on set tutor on the Game of Thrones set until she was 16, she’s essentially grown up in a spotlight.

Asked at the same Comic Con panel what brand of preparation the role of Grey/Phoenix required, Turner pointed to a challenge in both the research and production phases of the film namely how to describe a psychological breakdown without embracing “gimmickry,” as she put it. 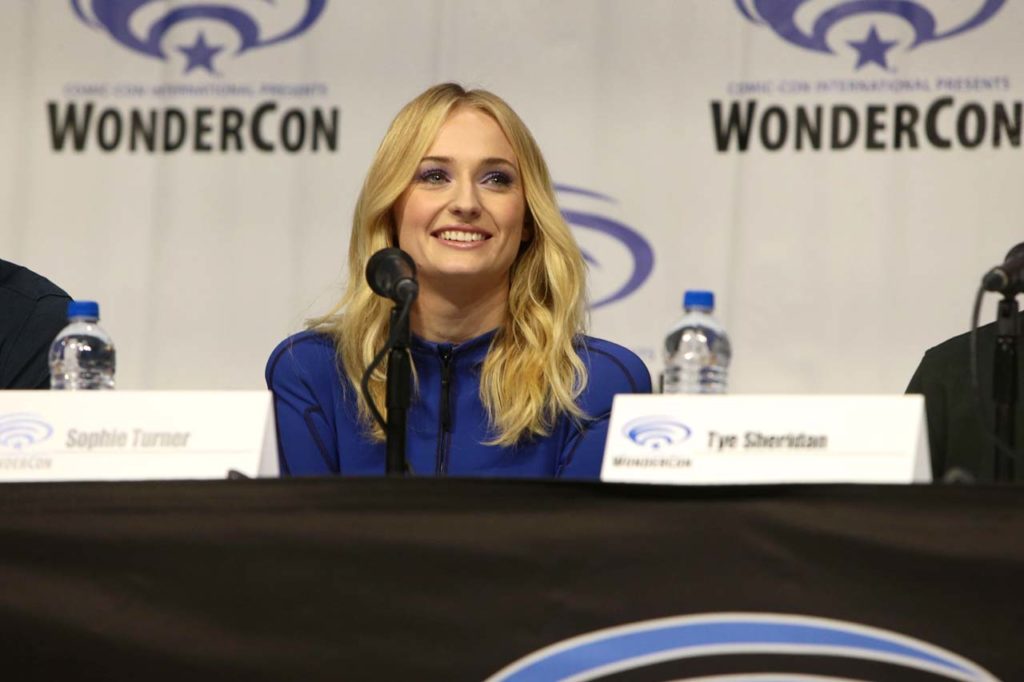 “Simon and I were going back and forth for months…we mainly studied schizophrenia and multiple personality disorder, and when you see the movie or have read the comics, you’ll see why,” she said. “Because [the film] does relate so much to mental illness, I felt that everything had to be very respectful.”

As part of gaining an appreciation for the real life struggle of someone going through a subdivision of character, as well as delusions, Turner embraced a slightly unconventional brand of immersion.

“For days straight, with headphones on, I was listening to this YouTube audio of what it sounds like and in part what it feels like to be schizophrenic,” she recalled. “So I would walk around and try to do my daily chores and jobs and run my errands…with voices in my head. It was stunning. I got nothing done.” 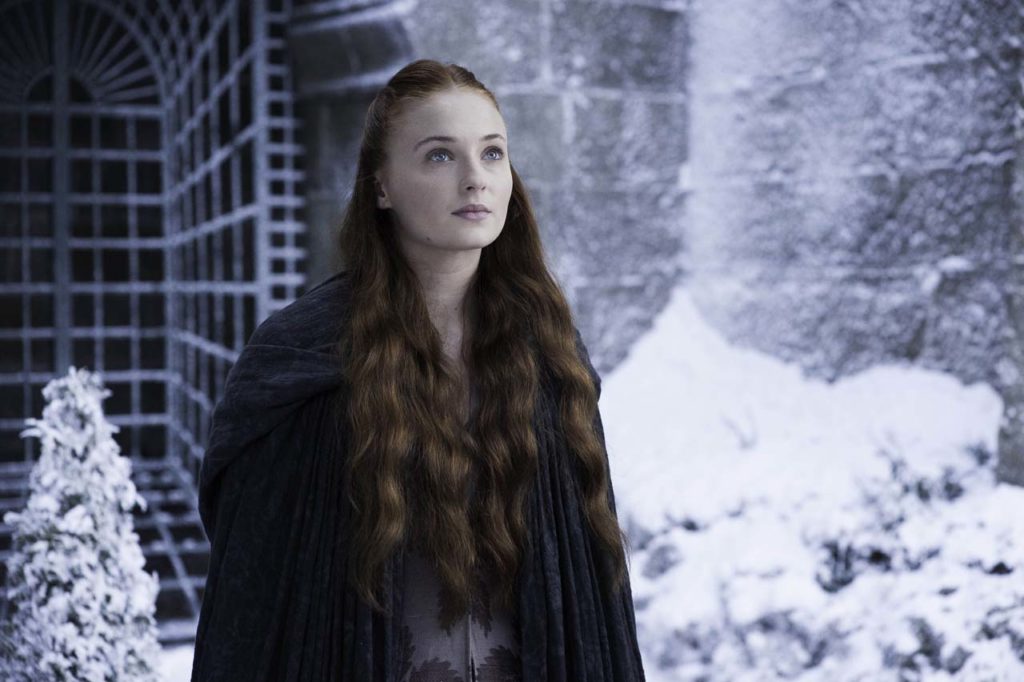 “It’s part of what makes these [X Men] movies so resonant in general,” added Hutch Parker, one of Dark Phoenix’s producers, at the panel event, “because they deal with so directly with alienation and prejudice issues that certainly seem inescapable in the news these days. It’s no accident that Simon wanted to empower the female characters in the story [costars include Jennifer Lawrence as Raven/ Mystique and Jessica Chastain as an alien shape shifter, along with Michael Fassbender, Tye Sheridan, and James McAvoy], which is not to say politically, but just a natural cultural instinct. That’s part of what you look for in filmmakers as a producer…people who can see the underlying material as possibilities to both create relatable circumstances but also relatable metaphors for what’s happening in the culture.”

Turner then pointed to the dualities of the resulting work in the film one that had to walk something of a knife edge between science fiction and traditional drama. 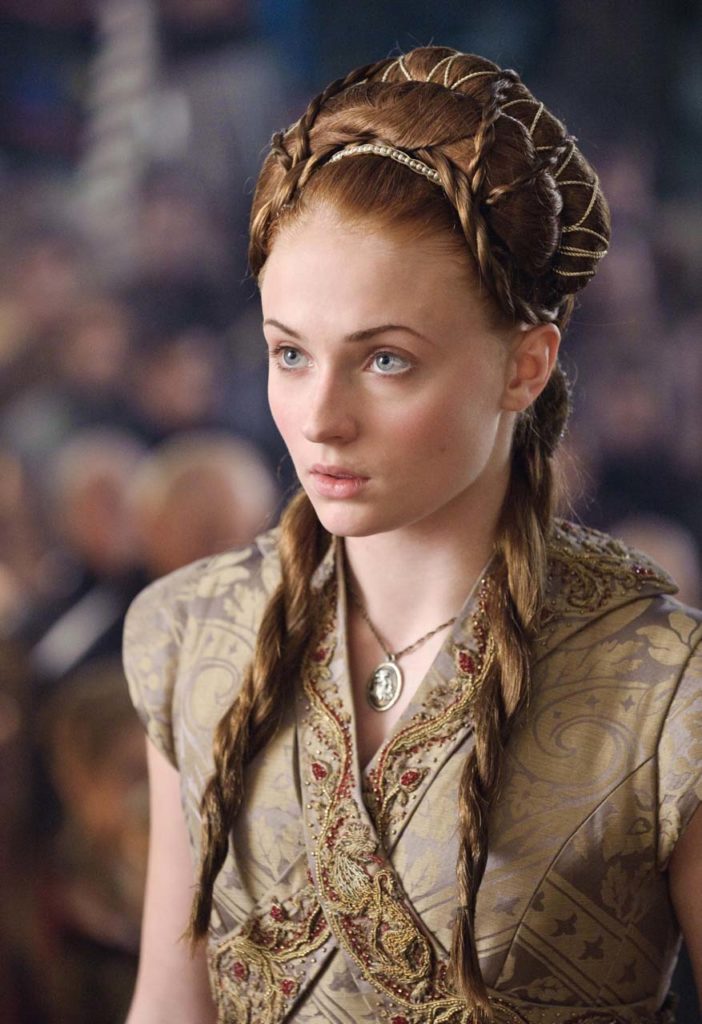 “In the script, even though there’s this brand of escapism and you have superhero elements, these fantastical elements, not once does it ever make it lighter than it is,” she explained with reference to Grey’s psychological struggles. “It’s very real. I love that about this movie; it’s kind of heartbreaking, but it’s beautiful.”