STRAIGHT FROM THE HEART

Siuh’s patient experience initiative hosts “days of surprises,” focusing on the mantra that “every moment matters”

It’s three days before Christmas, and Claudette Hill is pulling an all nighter. Bouncing between crowded toy stores and strip malls, she’s shopping with her colleagues for dolls, games, and winter clothes before returning home to tackle all of the wrapping. But the gifts she’s carefully collecting won’t go to her personal friends or family members these presents are for children she’s just recently met. 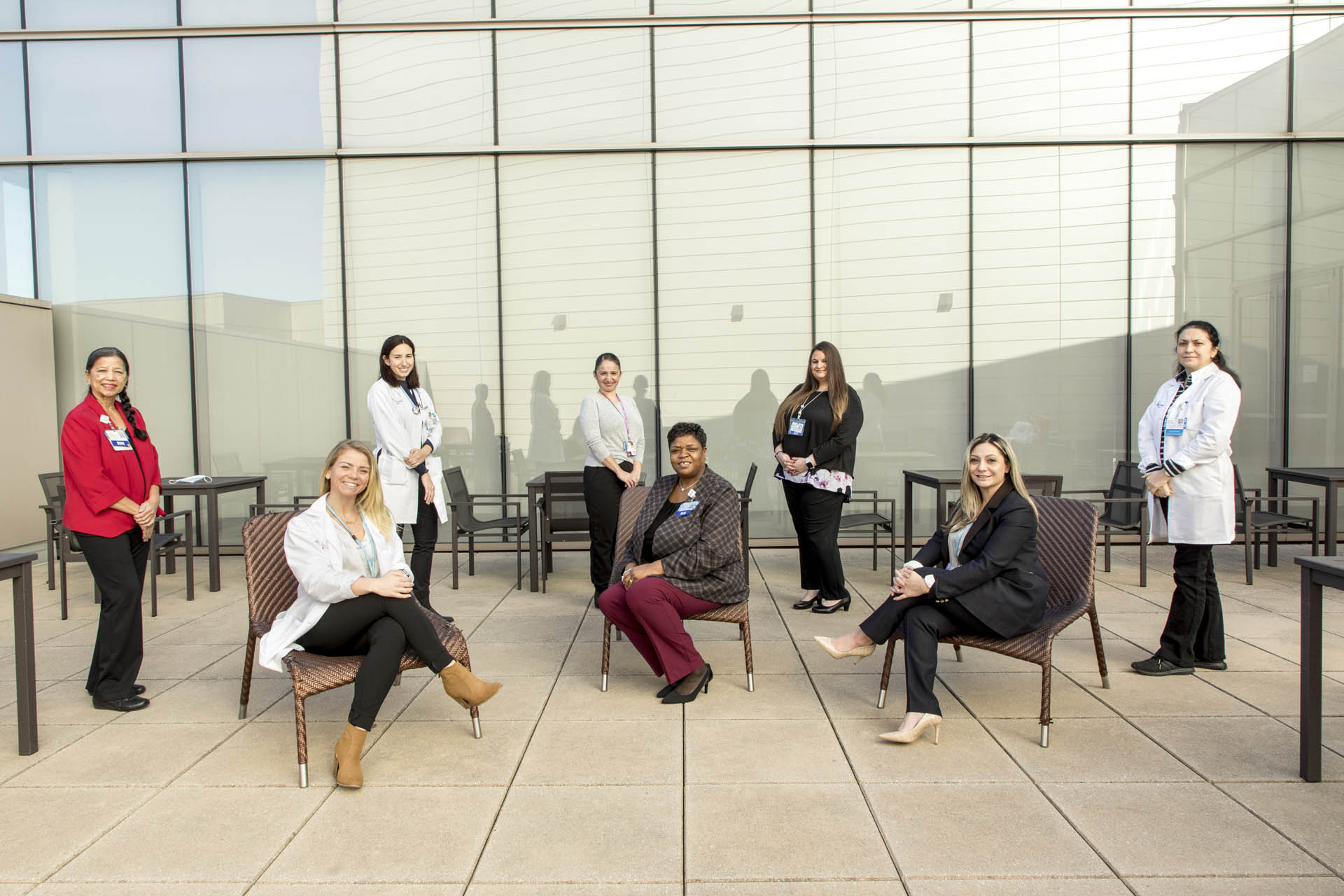 “We delivered bags of toys and gifts today to a grandmother who is raising her six grandchildren and is in great need,” noted Hill, administrative director of Community Health at Staten Island University Hospital. “Her family was referred by one of the ministers on our staff. My boss dressed as Santa and five of us delivered gifts to their home. They were so touched; it was a very emotional day. It’s those types of reactions that you just don’t forget.”

Hill, also a registered nurse, has been with SIUH for 23 years. Hired as a clerk, she worked in various departments before graduating from nursing school in 2007. She’s worked in the ER and as an assistant manager in the medical surgical unit each role impactful in its own right. But it’s her most recent work with the Case Management Patient Experience Initiative that she said has produced the biggest effect.

“I’ve worked here for two decades and never realized how much community involvement the hospital had,” she said. “Every unit I’ve ever worked in has been extremely patient focused, putting patient needs before all else. But this outreach is about more than a patient’s physical needs. This covers the emotional needs. It’s work that is truly outstanding.” 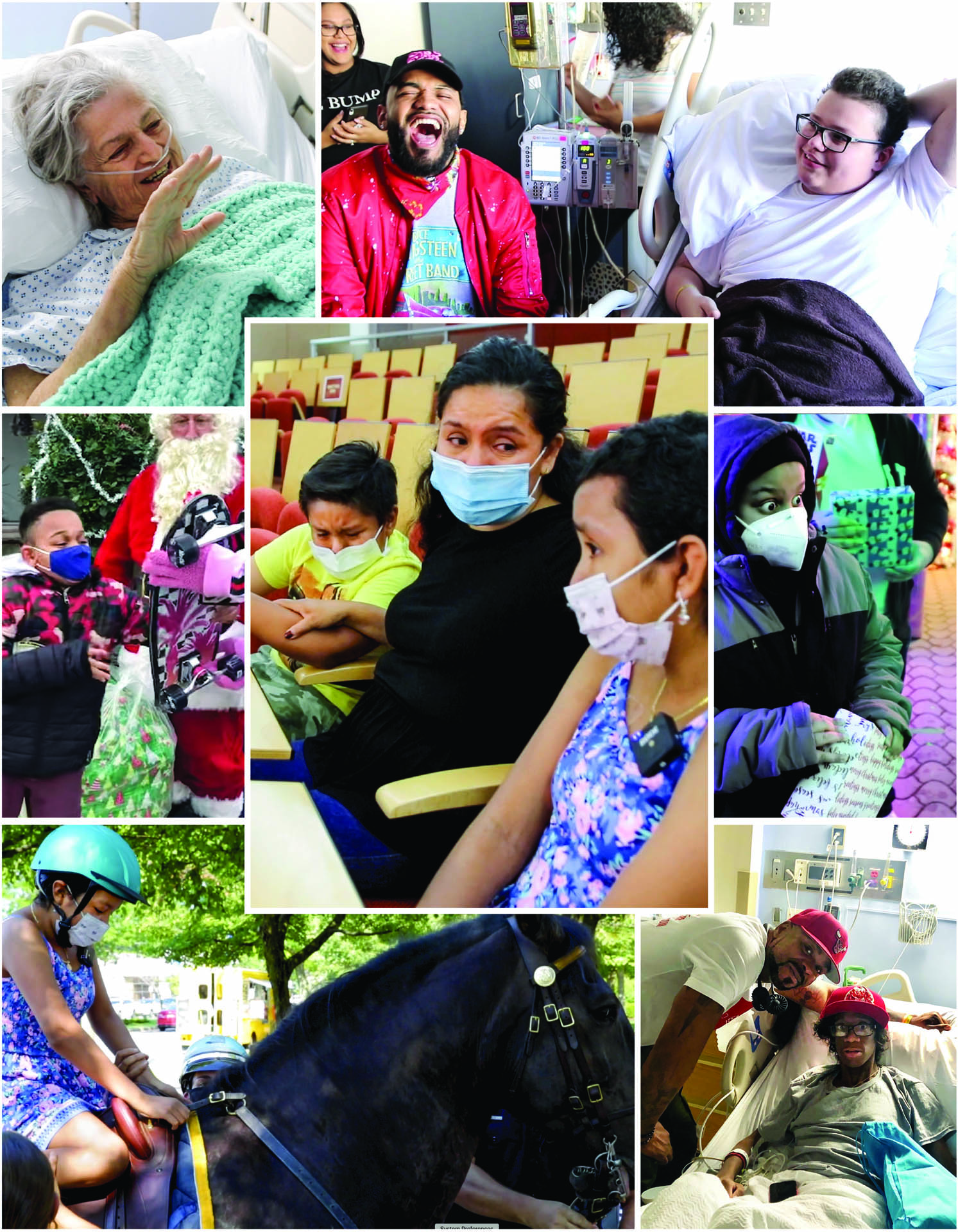 Built upon the Northwell premise that “every moment matters,” SIUH’s Case Management and Community Health teams focus on creating meaningful experiences for patients during their treatment. Gestures can be as simple as gifting a homemade blanket or as grand as a celebrity encounter; according to Hill, if it elicits a smile, her team makes it happen.

“Imagine being at your worst, away from your family, scared and lonely in a hospital bed wouldn’t it be wonderful if someone would treat you like you’re the only person who mattered even if it’s just for a little bit of time? I feel so fortunate to be involved with a team of people who all have the same mindset as I do. We have the resources to make life extra special and even if it’s just for a day, we get it done.”

Hill’s involvement with the program began in July of 2019 when, together with one of the hospital’s social workers, she set out to surprise a 28 year old terminally ill patient who was completely worn out with the depression of his diagnosis.

“We created an entire week of surprises for him. We started small by having the hospital chef prepare his favorite pepper steak meal and then we bought him a Bluetooth speaker because he loved music. We even made up a basket of his favorite junk food.”

The team knew the patient was a big fan of the Wu Tang Clan and would be floored by a personal visit from one of the Staten Island based rappers, so Hill contacted a retired SIUH colleague who is Method Man’s mother in law.

“Method Man showed up the next day and brought the patient his favorite hot chocolate from Dunkin’ Donuts and a bunch of Method Man gear,” Hill said.

“He visited for over an hour and the patient was so, so happy. We knew this was a program that we needed to branch out to patients throughout the hospital and beyond.”

There have been close to 50 “Days of Surprises” since the program’s launch, each one celebrating a patient in a very personal way. 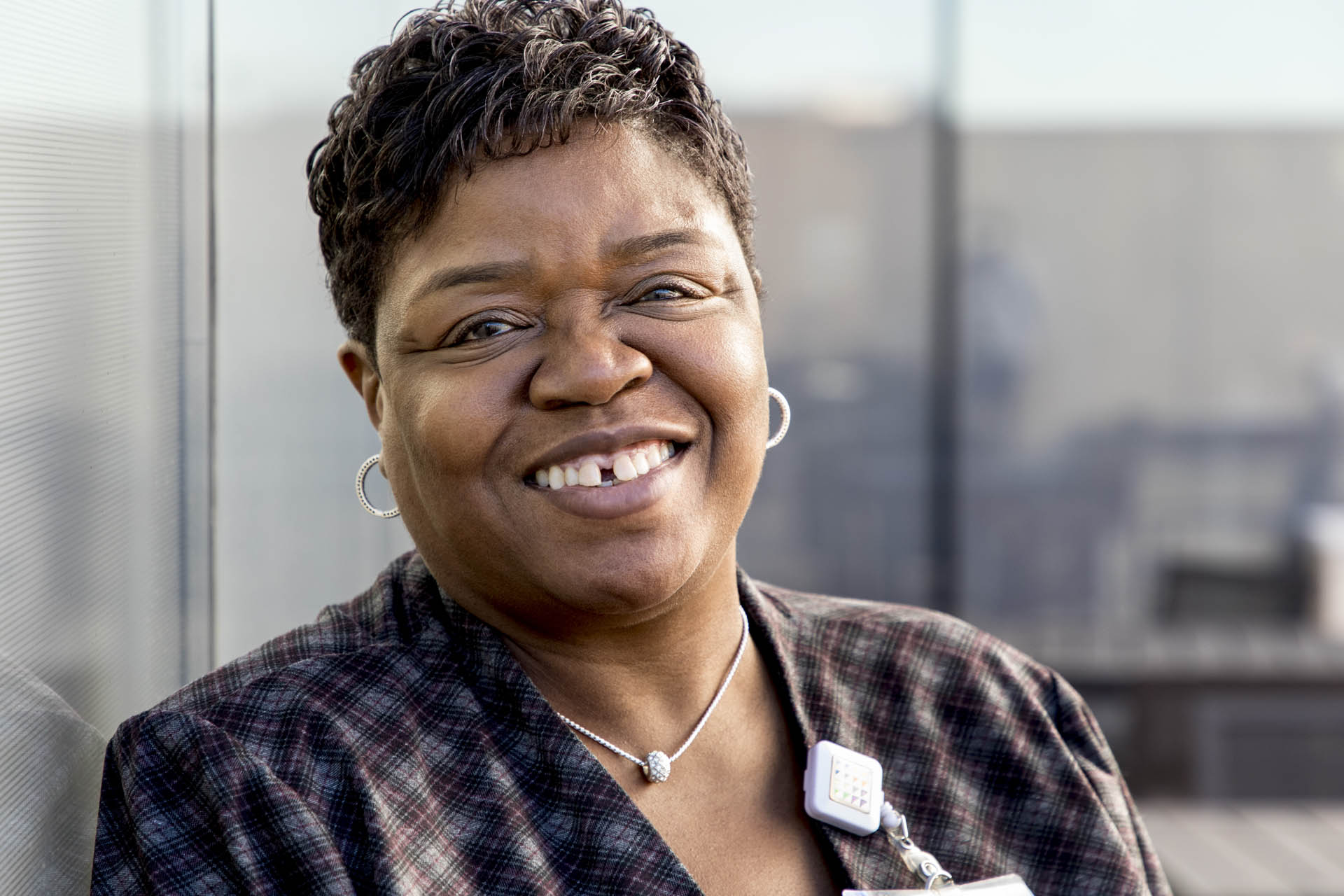 “Basically we just find out everything the person likes; sometimes it’s a favorite dessert or chocolate, other times it’s the companionship of a tea party. One nurse recently chatted with a family about a patient’s love of homemade crepes, so the nurse found a recipe, made the crepes herself, and then purchased a beautiful tea pot from Michael’s and sat with the family for tea and crepes. It was so heartfelt and appreciated.”

A movie night was hosted for a terminally ill teen. There was pizza, a popcorn machine, and a still in theaters Avengers screening. At the end of the movie, a personal video recorded message from the movie’s star, Robert Downey Jr., appeared on screen.

“And the experience itself allowed his entire family to relax for a few hours and get their mind off of everything they were going through.”

“Ninety five percent of the patients we surprise make a full recovery and return home but there is that five or so percent that are unfortunately facing their own mortality. Those patient experiences are so bittersweet. We are happy to bring them some form of happiness and comfort during their last days but it’s always so terribly sad to learn of their death.”

A range of hospital staffers are involved in the efforts. Hill said everyone from doctors to environmental service workers have assisted her over the past two years.

“Public relations, security, the gift shop staff, patient experience, and dietary have all been so supportive,” she said. “They’ll turn a tray of food into an event, hang a banner with the patient’s name on it, even buy a birthday cake and gifts anything to brighten the day.”

When the first patient Hill surprised needed to make a decision about hospice care, the entire Case Management team came to his assistance.

“He kept saying he wanted to go home but he had no family here to care for him. So we told him, ‘We’re your family.’ We toured the hospice facility with him and he loved it. We helped him transition there and visited him regularly. Ten of us gathered with a Carvel cake on his birthday. We were there for him every day until he died. Situations like that are hard, actually they’re hell. But our patients and our families deserve every ounce of grace that we can give them.”

“This wonderful man decorates his home every year to make it look like a winter wonderland,” she said, referring to Joe DeMartino, whose elaborate Charleston Christmas display raises money for the hospital’s Florina Cancer Center each year. “He invited us to his home so that we could give one special boy some special gifts.”

Hospital staff from Case Management, Community Health, and Human Resources, plus staff from Have a Heart NY, were all on hand, giving out homemade cookies and hot chocolate. Even Santa showed up and delivered a coveted PS5 to the patient.

“It was one of the most beautiful ‘Day of Surprises’ we have ever pulled off,” Hill concluded. “Something about the magic of Christmas left everyone feeling emotional. There was not a dry eye in the house. But this work doesn’t end when the holidays are over. Case Management and now the Community Health team and the effort that SIUH puts forth are a year round endeavor. And now the team has extended the ‘Day of Surprises’ outside of the hospital and into the community.”