When the sushi trend hit NYC almost 30 years ago, slabs of sashimi and dabs of wasabi suddenly became the new gastronomic norm. _ e problem was, there were few places on Staten Island where borough residents could enjoy the newly popular but traditional Japanese cuisine. 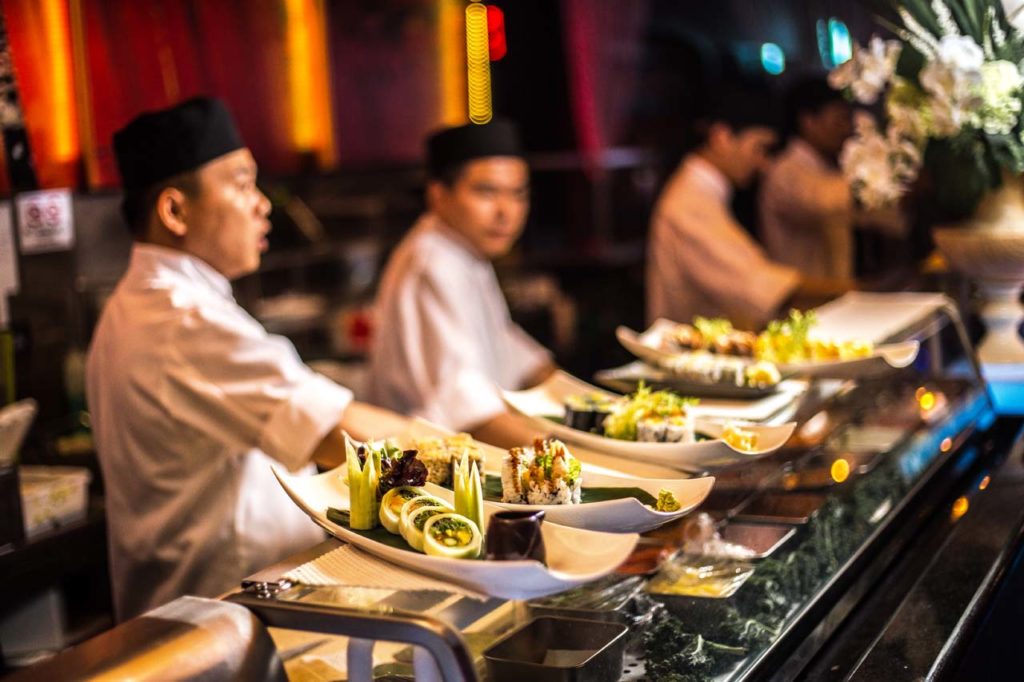 Enter Fushimi, a loungey, fashionable hot spot in Grant City that catered to a food-forward crowd. With its inventive lineup of signature rolls and other artfully designed sushi bar entrees, it was an instant hit with borough residents who had been traveling to Manhattan to get their sushi _ x. Now, more than a decade later, the still-popular locale, which is consistently re_ ning its menu and culinary mission, has expanded the Japanese fusion fare concept to the Island’s South Shore.

Fushimi’s owners, the brothers Daniel and Ben Chen, “wanted to open this Tottenville location because they realized that many of their customers were traveling from this side of the borough to enjoy their food,” noted Sunny Ng, the general manager of Fushimi4, the restaurant group’s latest outpost, which opened on Page Avenue this past fall. “We were also attracting a lot of New Jersey residents to our other restaurants, so they believed this spot would be accessible to them as well.” 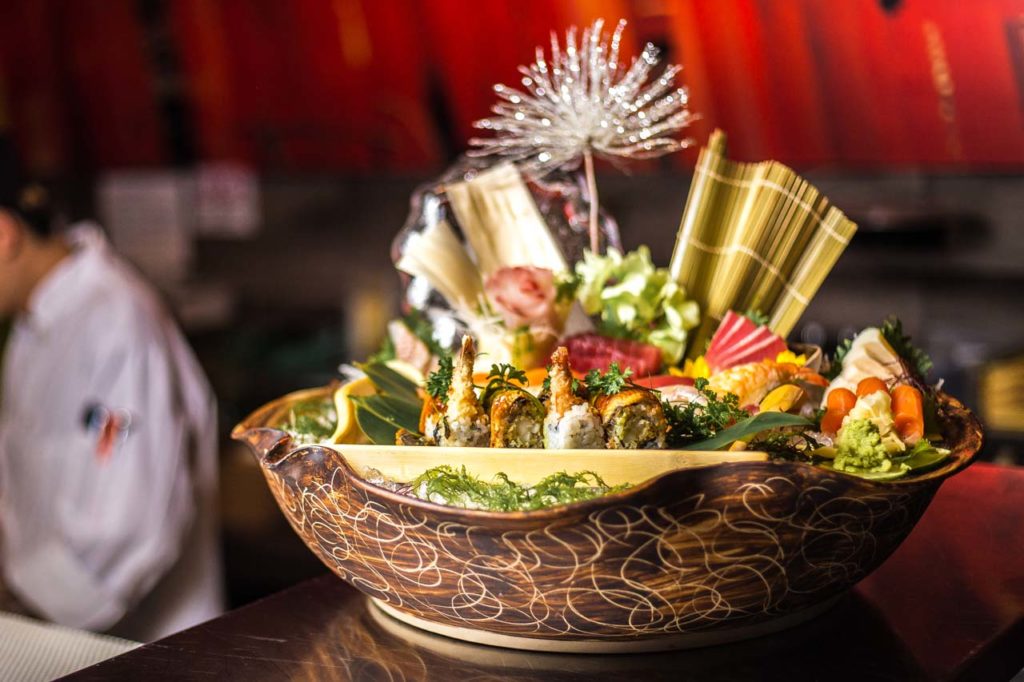 The Tottenville restaurant is the sushi group’s fourth location; the success of the Grant City site inspired a pair of openings in Brooklyn (in Bay Ridge and Williamsburg). Though the Staten Island site is the former home of Takayama, another popular sushi restaurant, the Chen brothers thoroughly reinvented the space before they moved in.

“We renovated about 70 percent of the restaurant to create a trendy, loungey atmosphere that reflected the style of our other locations,” Ng said. And while the menus at each are identical fusing traditional Japanese food with French-inspired nouvelle cuisine—Fushimi4 does have some Unique offerings.

“We offer the Short Ribs, Petit Filet Mignon, and Rock Shrimp Tempura that have made Fushimi famous,” Ng said. “Our Angry Dragon roll and Out of Control roll are menu staples as well, but guests at Fushimi4 will also enjoy our Sunday brunches, which include a threecourse meal and live entertainment for $39 per person. On Thursdays, we host a Whiskey Night, which features a small menu to accompany several whiskey samplings and complimentary cigars. We’ll also be hosting a sake tasting, because that’s often the best way customers can become familiar with the drink.” 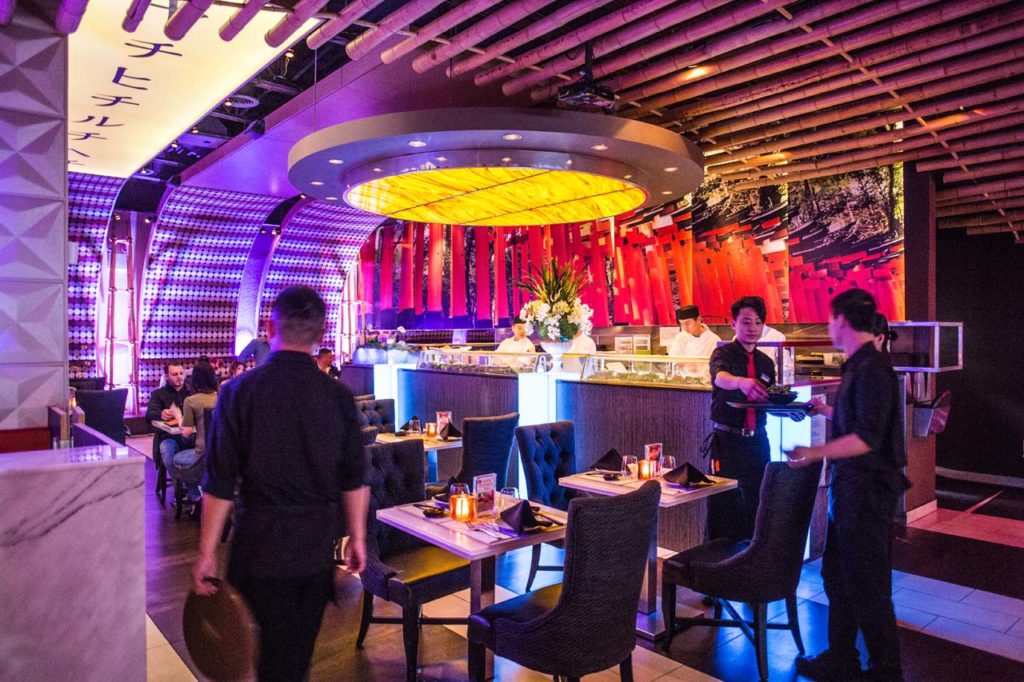 According to Ng, it’s all simply an extension of the Fushimi concept that has been successful for the past 12 years.

“The owners’ intention is to make this location a neighborhood hot spot—just like their other three restaurants have become,” Ng said. “We’re constantly changing, adding new items, following the trends, and experimenting with new ingredients. We continue to offer a lot of specials and promotions; new dishes are presented all the time, because you need that type of variety. We still have the traditional dishes our regular customers love, but they also love the innovation we bring.”

The restaurant’s most popular menu items include such dishes as Spicy Tuna Gyoza, Filet Mignon with Thai Basil, and a Sushi & Sashimi plate for one. But there’s also Parmesan-Crusted Chicken Breast, Surf and Turf, and an oven-roasted Chilean Sea Bass. Appetizers like Crispy Calamari, Roasted Duck with a lime-mint hoisin reduction, and Goat Cheese served crispy with plum sauce and toasted garlic bread showcase the inventive cuisine that distinguishes Fushimi’s chefs. 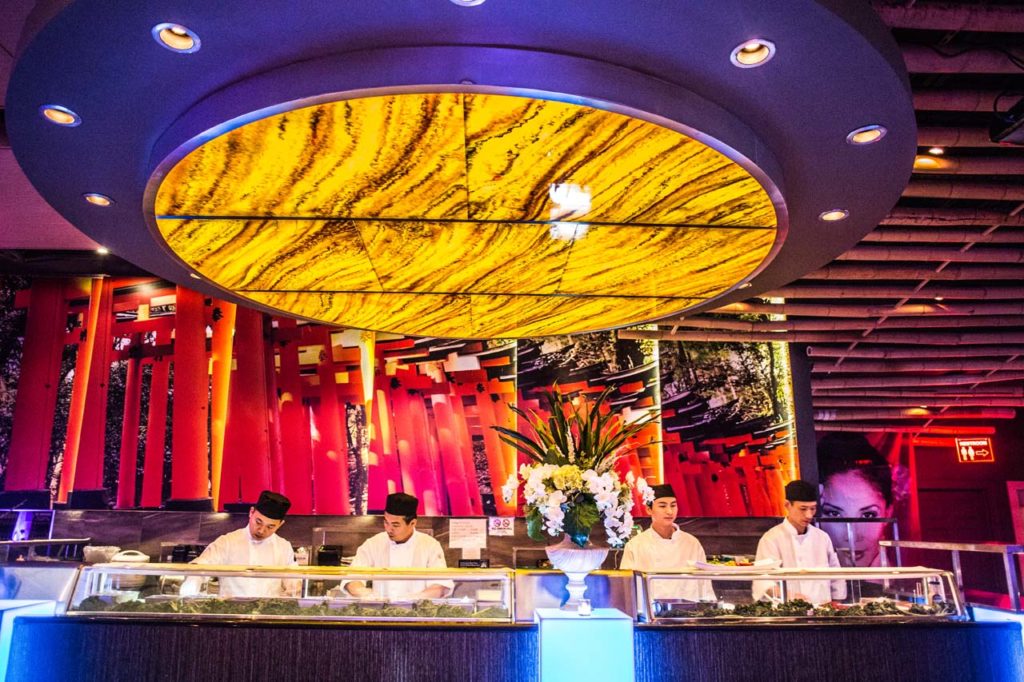 The food and the restaurant’s trendy ambience are all a part of a focus on remaining current.

“Each of our locations has a loyal following,” Ng noted. “And it’s a combination of the cuisine and the nightlife that they keep returning for.”

The vibe caters to all ages, although the restaurant draws a DJ crowd every weekend. While Blood Orange Margaritas, Mango Martinis, and Lychee Sake Bellinis have become popular cocktail options, Ng said, adding that the Sake Sangria and Pink Bubbly—made with Chambord vodka and rose champagne— are also big sellers. 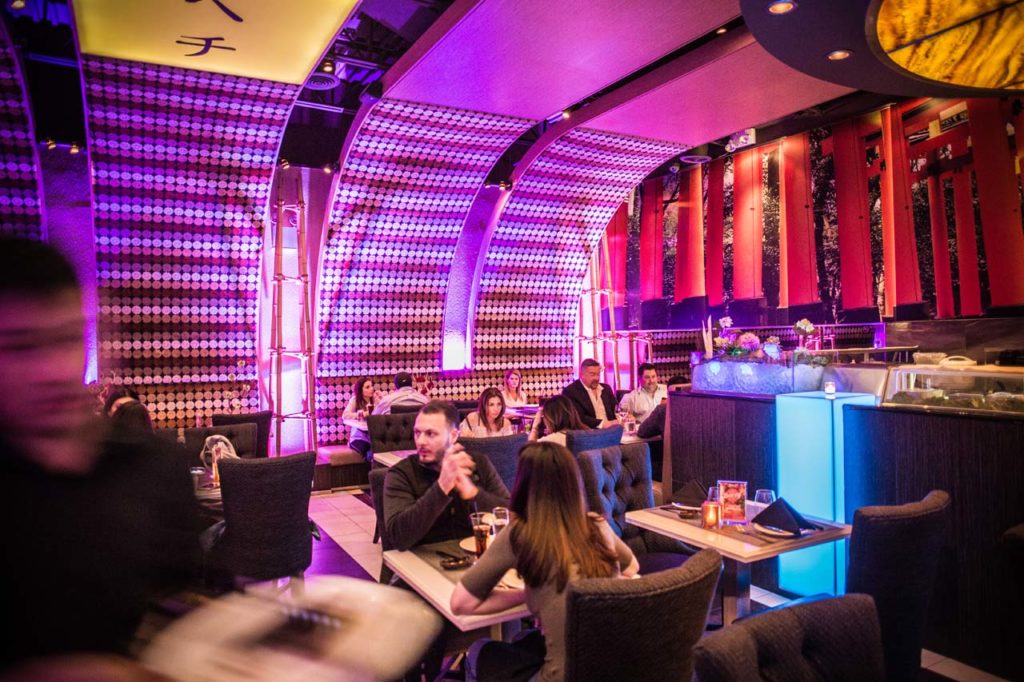 “This is a lounge-style restaurant with special promotions offered regularly,” he said, adding that such a rotating list of specials is all part of the pivotal tandem efforts of keeping things relevant and interesting. 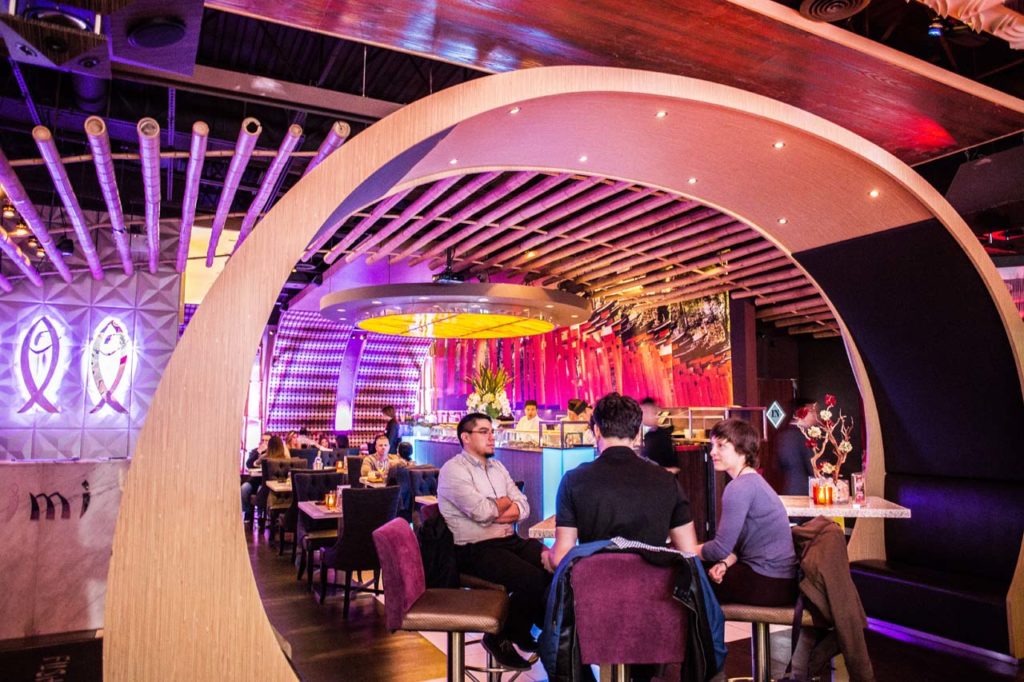