A TRADITIONALLY MALE DOMINATED INDUSTRY IS GETTING A SHAKE UP, THANKS TO THIS 25 YEAR OLD AUTO REPAIR EXECUTIVE

Chances are, a reader envisioning the auto business pictures a man at the helm. And for Straight line Collision, that used to be the case. David Jensen started the business 29 years ago, but these days is taking a back seat as his daughter, Jamie, transitions into a leadership role.
Jamie, 25, a graduate of both Moore Catholic High School and the College of Staten Island (double business major) has been working at the family business for five years now, and is in the process of taking over so that her dad can retire. 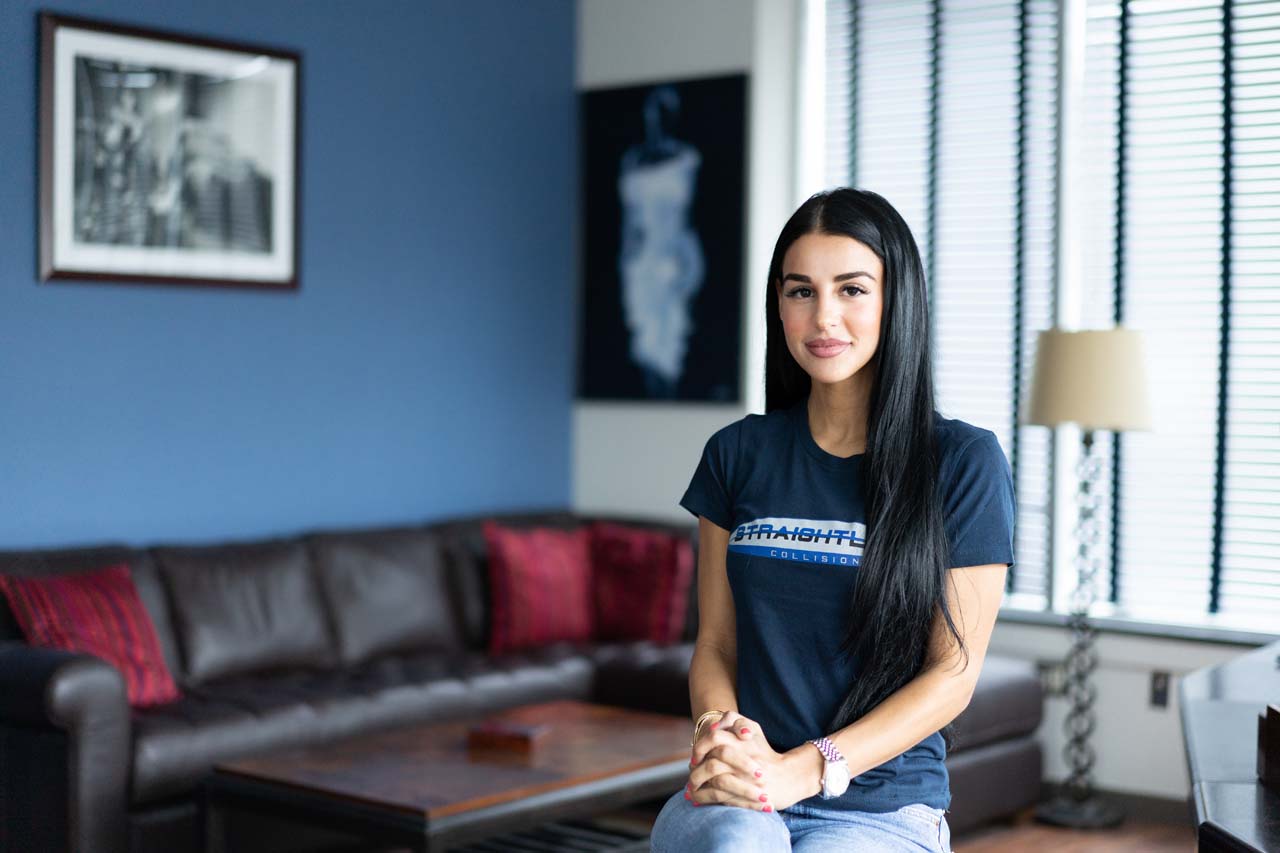 Jensen and her sister practically grew up at the site (originally across the street from its current location) as their dad put in hours on nights and weekends, and she explained that taking over was not in her career plan until David asked her to consider it.

“It never occurred to me,” she admitted. “The auto body business is mostly all guys. But he came to me after graduation, and said it would be the best thing for me. ‘Why go work for someone else when you can grow the family business?’ he said.”

After realizing that her father was right, Jensen began absorbing everything she could about the industry.

“When I started, I asked him a lot of things. Lately, he trusts me with decision making,” she detailed, adding that she’s “thrilled” to have gotten good feedback from her team and is developing relationships with outside partners as well.

But it hasn’t been easy. Jensen has not only dealt with gender issues, but others associated with her age.

“It’s dicult,” she confessed from her office on Arthur Kill Road. “I’m young, so when I have meetings with other companies, at first they look at me and think I don’t know what I’m talking about. Then they realize that neither is true, and their whole tone changes.”

While she found dealing with men in the industry intimidating at first, Jensen has now found both her footing and confidence.

“It feels great. A lot of people used to think, ‘You’re daddy’s little girl’…that I had it made and didn’t work as hard as I do. I don’t care to prove it to anyone, but it feels good. My father trusts me, and that means a lot.” 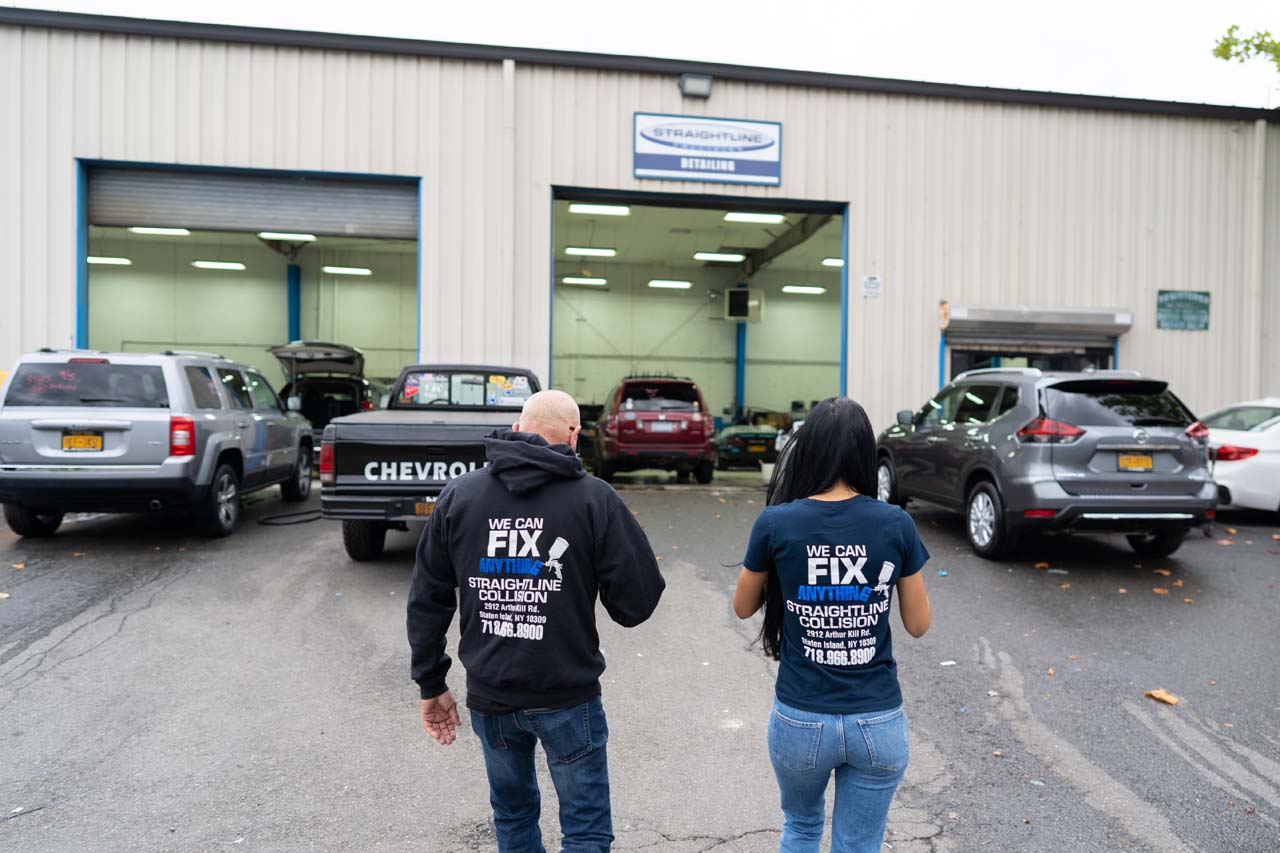 “You’re constantly facing deadlines and due dates. There’s always something I am looking to do to make things better,” she said. “You also have to build relationships with adjusters… insurance companies. At the end of the day, we get self pays, but what really pays the bills are the insurance companies.”

To further strengthen those relationships, Jensen makes her conference room available to adjusters. In fact, she said, they enjoy working in the modern facility a far cry from the dirty garages of yesterday. Its offices were recently renovated, which resulted in a nomination for a Building Award from the Chamber of Commerce. 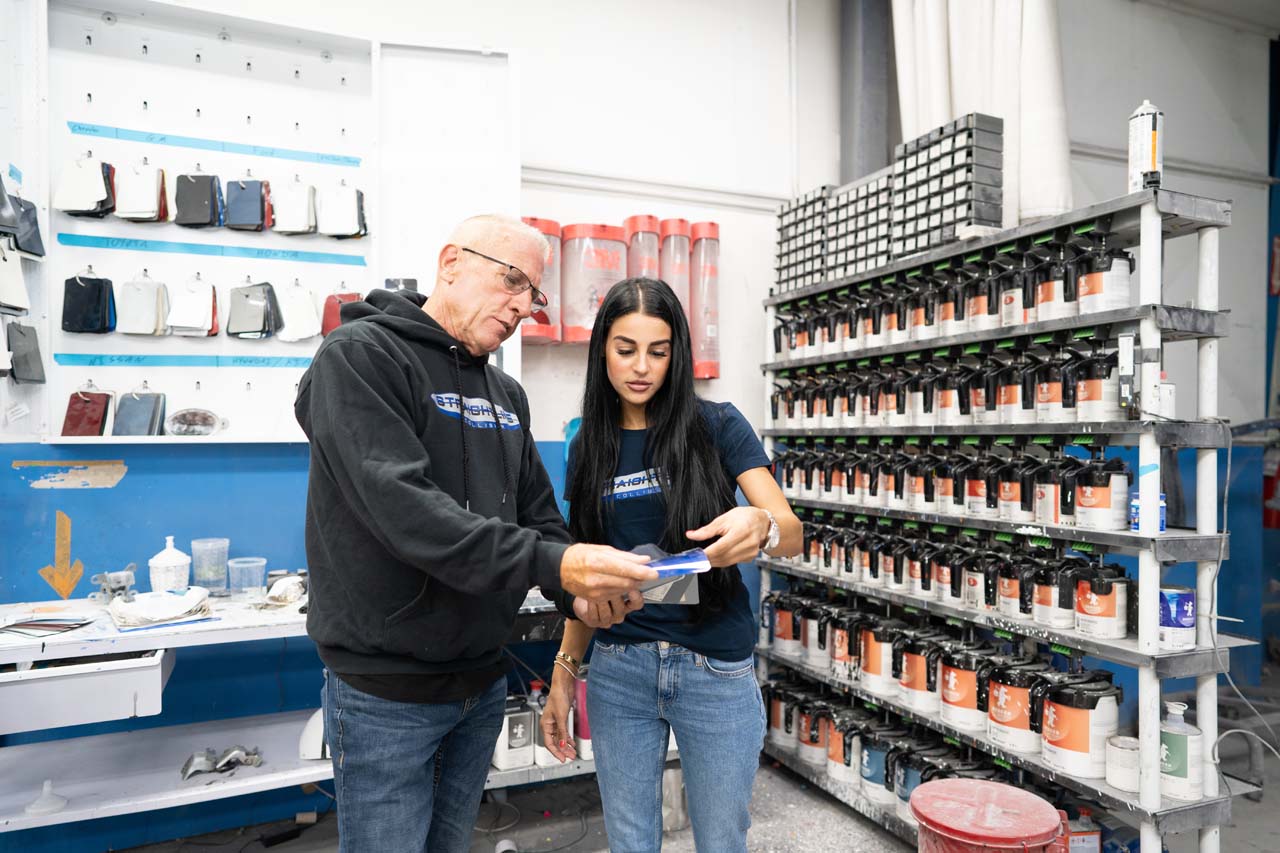 What does the future hold? With self-driving cars on the horizon, Jensen assumes people will have less collisions, so that means adapting the business model.

“ ere will be some crazy tech coming out,” she said. “I still have space and flexibility to do new things. I don’t know exactly what they will be, but I’m thinking about it.”

Another vital piece of the business is philanthropic eorts, which include assisting Michael’s Cause (fighting Duchenne Muscular Dystrophy), Tottenville High School, Rolling under (advocating on behalf of former prisoners of war and missing inaction service members), and the Wounded Warrior Project. 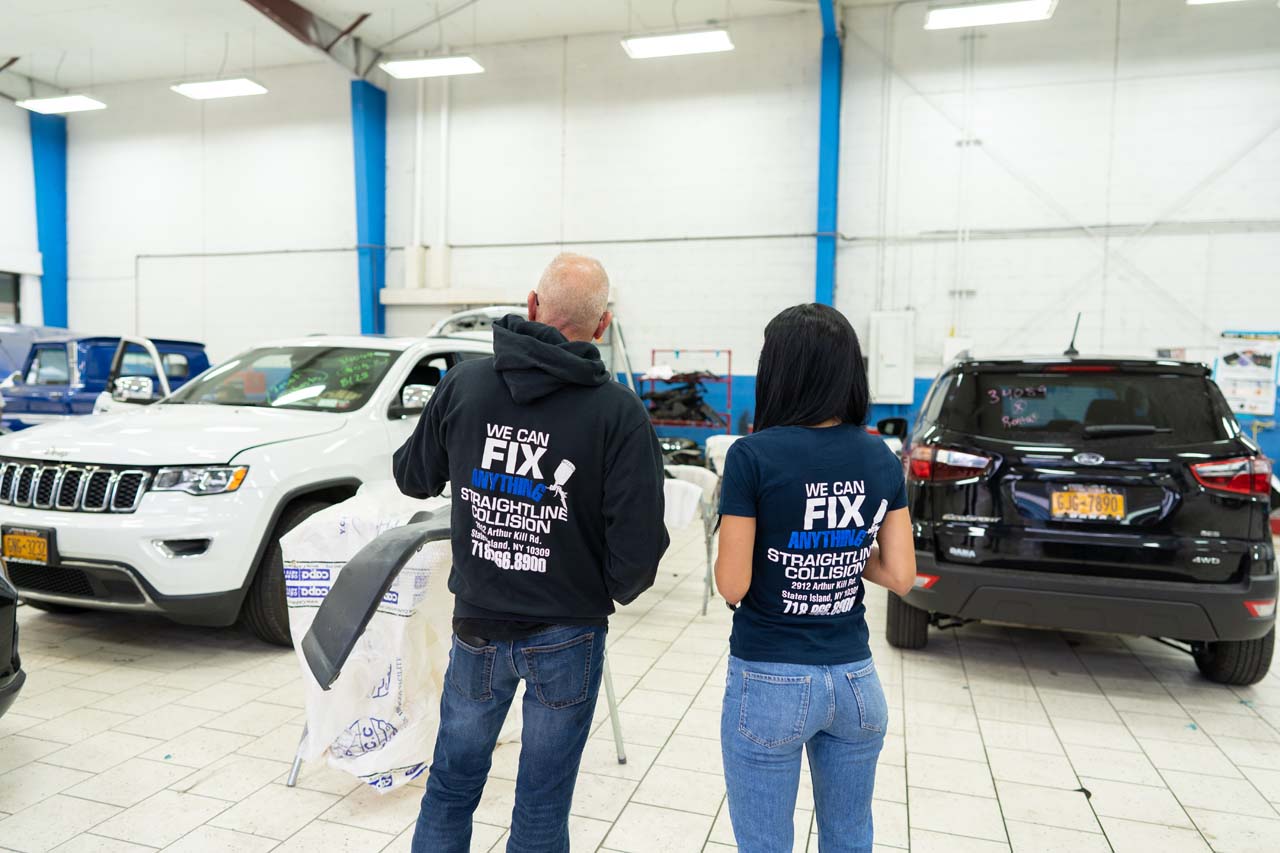 When she’s not working, Jensen enjoys spending time with friends and trying new restaurants and lounges in Manhattan. Day to day, however, she’s at the family business, and looks forward to a bright future. “Every day I learn something different,” she said. “We will find a way to keep growing.”