To see Buona Sera’s Executive Chef/Owner Christopher Mariani in action is like watching a maestro conduct an orchestra. From mixing and mingling with guests to seating patrons in dining, party, and banquet rooms to interacting with the staff, there’s no doubt that he is starring in his own show and loving every moment.

“The hospitality business is embedded in my soul,” he said. “It’s what I do.” Mariani has been doing it for 40 years, 20 of them at Buona Sera; a fine dining favorite adjacent to the Count Basie Center for the Arts.

Open 365 days a year, “mediocrity doesn’t exist” at this Old World Italian restaurant, he said, adding, “The answer is always ‘Yes’ at Buona Sera,” then proclaiming its wine inventory “significant” and bar scene “one of New Jersey’s most eclectic.” 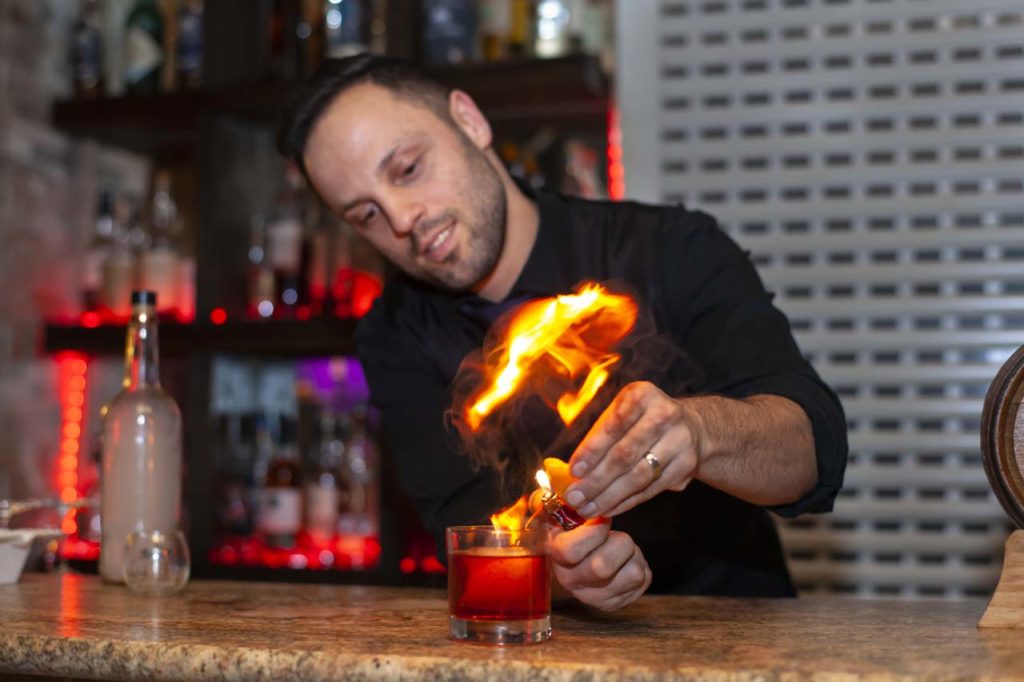 Enter master mixologist Mario Kozic. Originally from Croatia, he got his start in the bar business at age 16.

“I wanted a tattoo,” Kozic recalled, but his parents were against it. “They told me if I got a job and paid for it, they’d sign the papers for me to get one.”

Kozic eventually grew weary of Croatia, where he said there were few opportunities to succeed. The country was so corrupt, he related, that the only way to get a decent job was to be related to someone in the business.

When Carnival Cruise Line docked in Croatia to recruit employees, Kozic applied and was initially hired as a server before advancing to headwaiter.

“But I’m more comfortable behind the bar than serving food, so they switched me there,” he said while describing journeys to Caribbean and European destinations honing his skills for seven years and also meeting his wife Vanessa. The couple settled in Jackson Township.

Before joining Buona Sera last year, Kozic worked at Klein’s Restaurant and Fish Market in Belmar. Now, he and Cara Dellapenta share bartending duties behind a 120 year old oak bar.
“We just clicked,” said Kozic about Dellapenta, explaining that he handles guests while she works with servers. “After being here a month, I told Chris that this is a high end restaurant…and so I’d like to make more high end drinks.” Guests are responding to the resulting selections, like the “Basilcello:” muddled basil teamed with vodka, simple syrup, lemon juice, and club soda.

Next, Kozic navigated his way upstairs until arriving at a glass encased cigar lounge overlooking the main dining area. Its ambiance, he said, creates an ideal setting for his professorial theory behind a quality craft cocktail.

“When you’re paying $100 for a shot of cognac or bourbon poured over a block of ice, it allows you to sip the drink without diluting it,” he explained, then poured oak barrel aged Negroni, a classic Italian cocktail fusion of vermouth rosso and Campari, over another block. 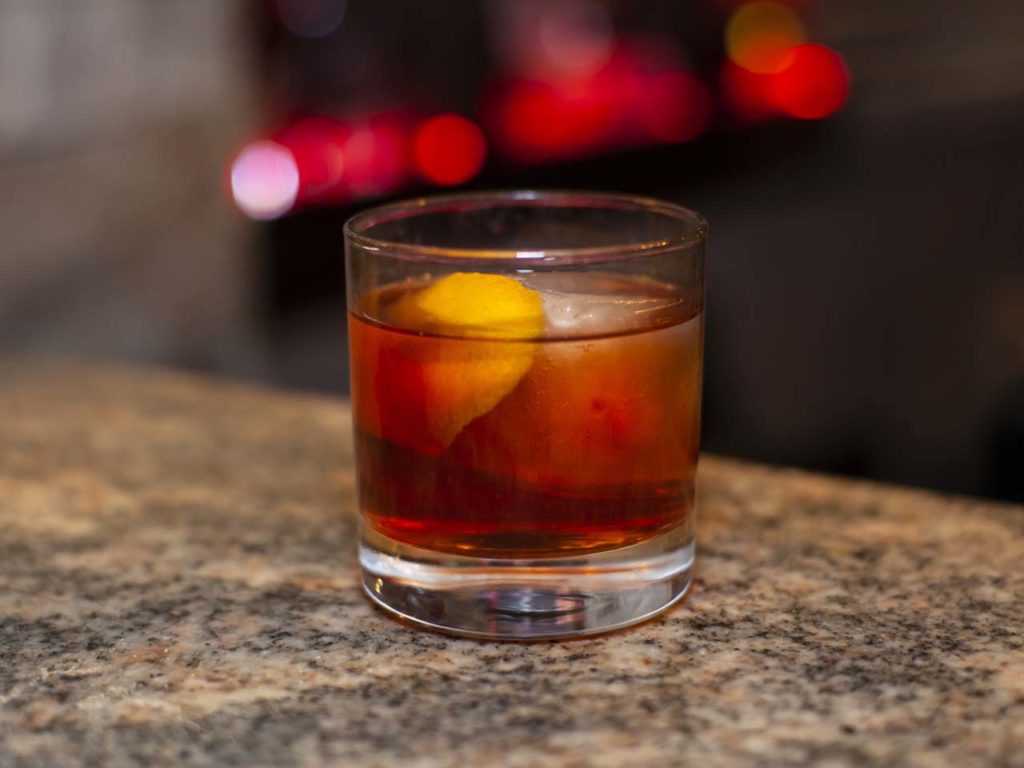 “The oak from the barrel makes it like that,” he continued a special quality that elevates this destination beyond typical fine dining, providing a real experience from start to finish. “If I can make an impression on you, you’ll come back at least once or twice a month.”