AT IL NIDO, JOSEPH VOLLER’S ORGANIC MEALS ARE INGREDIENT SOURCED IN LARGE PART VIA A SMALL VILLAGE IN ITALY

Joseph Voller spent his most formative culinary years in some of Philadelphia’s most impressive kitchens: While completing his degree at the city’s Art Institute, the budding chef worked the line at Buddakan, took part in the global menu and famed chef’s table at Lacroix at the Rittenhouse, then acquired yet more knowledge from culinary superstar Jose Garces at Alma de Cuba. But he credits his last externship with truly inspiring the direction of his career.
“My last stop before graduation was with Guillermo Pernot at Pasion,” the chef said, detailing an eye opening stint with the nationally renowned two time James Beard Foundation Award winning chef. “He really is a genius the way he combined things was fascinating; he created these culinary masterpieces right in front of you…things that you didn’t know were possible with food. And his discipline was unmatched. Everything he did inspired me, right down to the way he cleaned his kitchen.”

Voller, who by industry standards got a late start in the profession, ditching “half a degree” in accounting at 28 years old to pursue something different attending culinary school because a close friend was doing the same. He took a job at Outback Steakhouse and a couple of other chain restaurants to make ends meet, and fell in love with the atmosphere.

“Growing up, my family ate pretty plain meals,” the chef said of his upbringing in Cleveland. “My stepfather is from Segovia, so I learned a little about Spanish food, but the rest was pretty mild all Italian, and just basic dinners. Then, when I started culinary school, I met Chef John Olsen, who had this larger than life personality. I was amazed by how much he knew about food. I wanted to learn what he knew.” 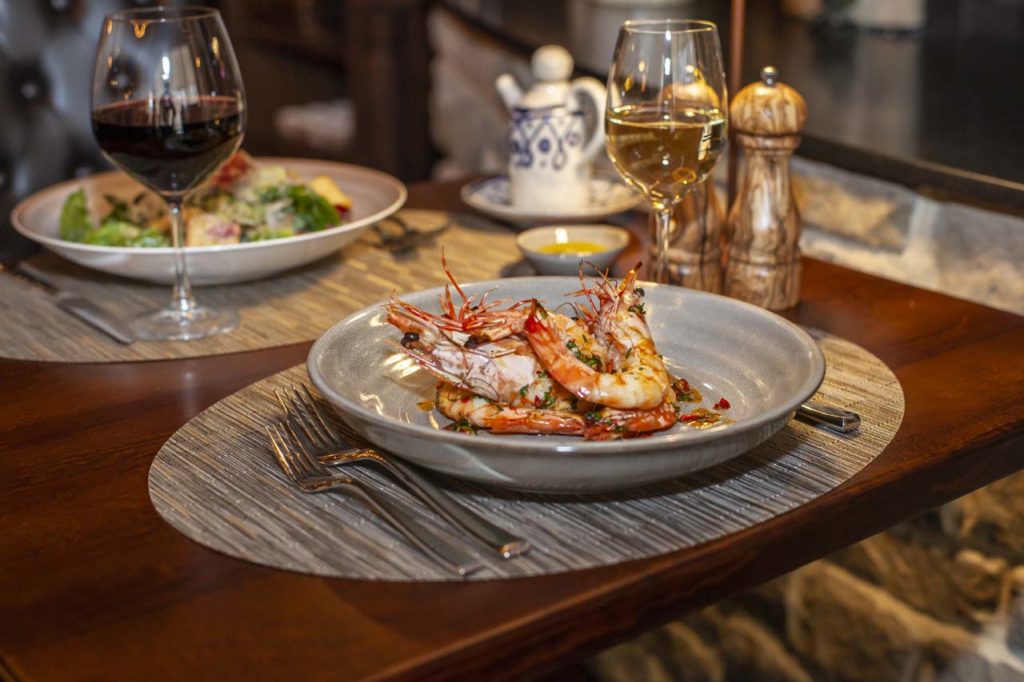 Upon graduation, Voller landed his first real job: a pastry chef at Buddakan, a position he describes as a crucial part of his education. Defining his age as a disadvantage at the start (“Everyone else around me at my same education level was 18.”), he took on additional work to compete. “I worked two jobs for five years, reasoning to myself that the more exposure I had in the industry the more advanced I would be.” He also learned Latin, then French and Italian cuisines before relocating to Florida to help care for his ailing grandfather and taking a job at a resort that hosted a number of different food concepts. Voller was in charge of tapas.
“I learned a lot; it gave me financial acumen and helped me apply my analytical brain,” he said. “Everyone in the business knows that food costs are generally 28 percent, but no one tells you the process. This job taught me the exact formula and allowed me to grow skills outside of the kitchen.”

Voller moved back north a few years later, taking positions first with Eno Terra in Princeton and then with Le Virtu and Brigantessa, both in Philly. When he met the owner of Il Nido last year, he decided to sign on and help him launch what is a new concept in Marlboro.

“Our ideas aligned,” said the chef. “He wanted this to be an experience, not just a meal, and that’s what my style of cooking is all about,” adding that the restaurant is completely organic, and that about 50 percent of its product comes from the small town of Abruzzo in Italy, where Voller toured and cooked for several weeks.

“A lot of restaurateurs will put the brakes on a chef, cutting food spending costs and sacrificing quality, but that’s not the case here,” he said. “We work with only the best pork, lamb, and chicken, and feature beautiful 30 day dry aged beef. Our fish is sustainably caught, usually on the same day it’s made, and from May to December all of our vegetables are sourced from New Jersey farms.” The chef also mentioned that he uses only artisan bakers and growers.
“The quality of these items is what makes the entire dish,” he concluded. “This restaurant and its menu are all about quality.”