PARTLY IN RESPONSE TO A HEALTH BATTLE, THIS RED BANK BARMAN CELEBRATES LIFE ANEW, AND A MISSION OF MAKING CUSTOMERS HAPPY

Darwin’s theory of natural selection holds, in part, that those who adapt more quickly survive. That concept easily applies to Gabriella’s Italian Steakhouse, located in the former Bonefish Grill and adjacent to Whole Foods Market in the Chapel Hill Shopping Center. 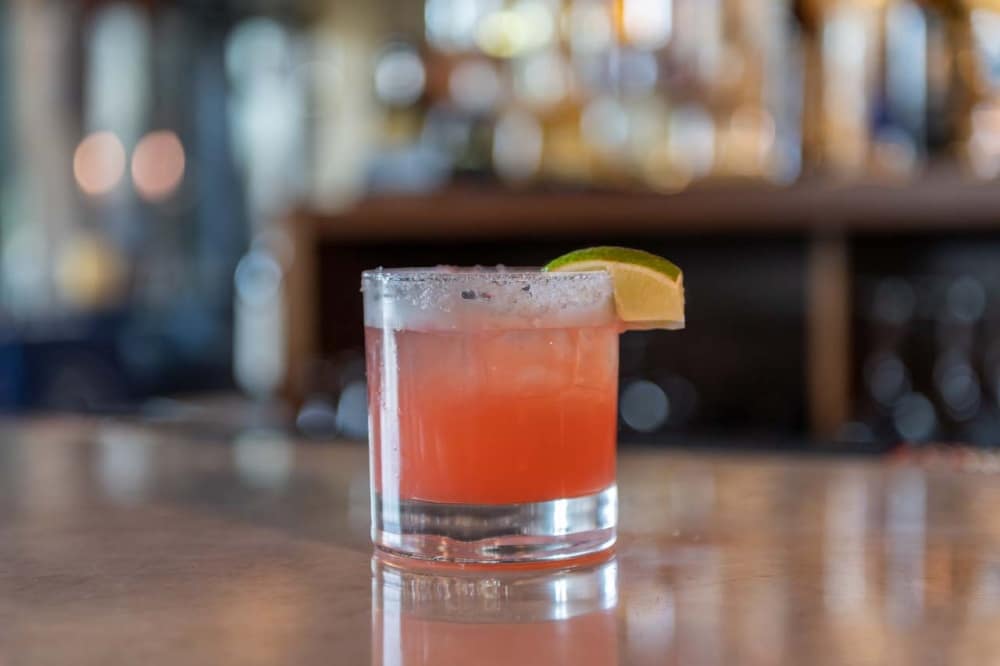 Opened seven months ago, the restaurant’s décor a canny response to Red Bank’s increasing diner sophistication is an intersection of Tuscany and Mid-Century Modern, rustic yet chic, with soft lighting and a mix of rich wood and terracotta leather seating. The bar is an attention-getter, too, with its wall-to-wall showcase of cordials, liquors, and other spirits.

Bartender Craig Kirby, who has been with the establishment since its opening, can be found smiling engagingly at customers as he mixes favorite cocktails. “Definitely one to try,” he said, is the Pear Martini, with pear flavored Grey Goose, St. Germaine, pear purée, and pear nectar.

“I feel comfortable with myself, and that is reciprocated,” Kirby noted. “I like to invest time in people, and that’s why I love this job.” Prior to being a barman, he’d worked almost 15 years in retail, and although he enjoyed sales, confessed that, “I was tired of folding clothes.” He’d dabbled in bartending while in college, and in 2006, Kirby made the leap from retail to the restaurant/ bar industry. at new career began at shore stalwarts Stella Marina in Asbury Park and Sirena in Long Branch. He also worked the bar for seven years at The Wine Loft in that city’s Pier Village.

Kirby’s desire to be around people goes beyond simply engaging them it includes encouraging the sharing of stories. His 2017 non-Hodgkin’s lymphoma diagnosis gave the Middletown resident a new perspective and renewed appreciation for life after some dark moments during the treatment stages. Things took a positive turn on Christmas Eve that same year when he walked into midnight mass at an Atlantic City church.

“As I was leaving, a man stopped me and asked if I was okay,” related Kirby, who now believes the man was “sent” to him. “He put an app on my phone for a novena [devotional praying consisting of private or public prayers repeated for nine successive days or weeks], saying I should say it every day. I went back to my hotel room and the darkness and cloud that had been over me went away.” He spent the next day celebrating with his family in traditional style. Kirby was pronounced in remission in 2019, and is now back to doing what he loves, serving customers. 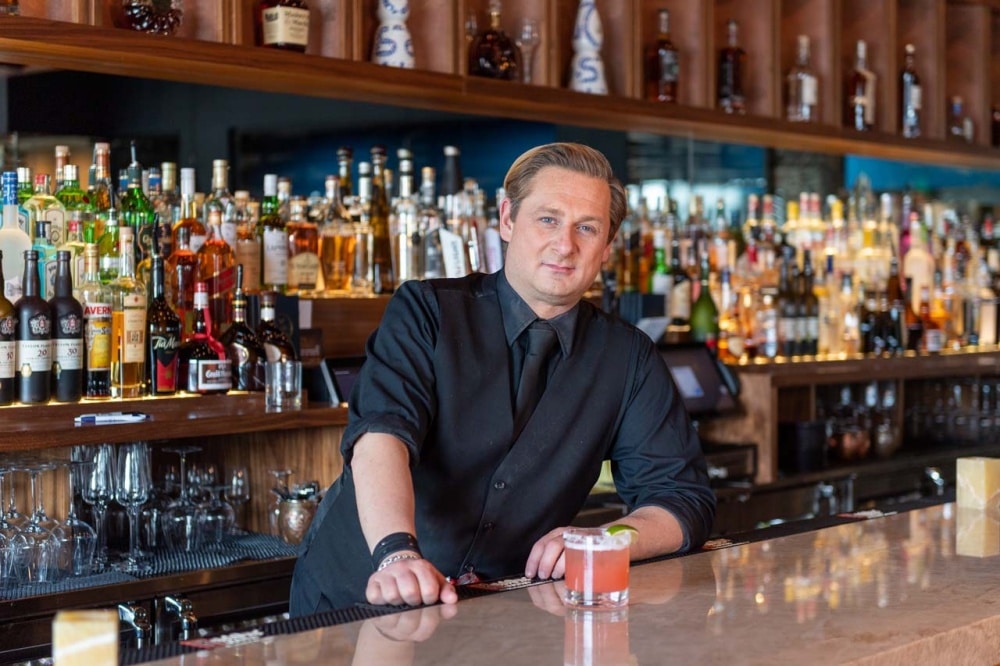 “I view everything differently now,” he said. “I come to work to give them the very best experience I can. When I make people happy, it makes me happy.” Another thing he enjoys about being a bartender is the uniform; not having to be concerned with what he wears each day reminds Kirby of Catholic school days.

He encourages guests to explore Gabriella’s impressive wine list and to take advantage of the restaurant’s Happy Hour (4:00 to 6:00 p.m., Monday through Friday) to try different drinks and select dishes at reduced prices. The cocktail this seasoned pro chose to highlight (see above) is his Bourbon Maple, “a tasty and refreshing libation made for sipping…to fully enjoy the layers of favor.”