When Superstorm Sandy barged into New York, more than 23,000 business (87,000 buildings in total) stood in its flood zone. New Yorkers are all too familiar with the devastation that ensued; thousands of homes and small businesses were destroyed. Riviera Caterers’ flagship venue on Stillwell Avenue, which had been in operation since the company formed in 1895, was among those ravaged by the storm surge. Inundated by floodwater, the venue was forced to cancel its next six months of weddings.

“Our whole cocktail and bar area was destroyed…completely underwater,” said Tommy Chaisson, the business’s general manager. “The ballroom had about two feet of water.” Part of the response, he added, was Andrew Cavitolo, Riviera’s fourth generation owner, creating a spinoff in Manhattan (along with his college friend and partner, Bobby Stern) that put the family owned company into even bigger leagues. Its client roster now includes companies like Nike, Google, and PepsiCo, as well as celebrities like Kobe Bryant, Keith Richards, and Usher. 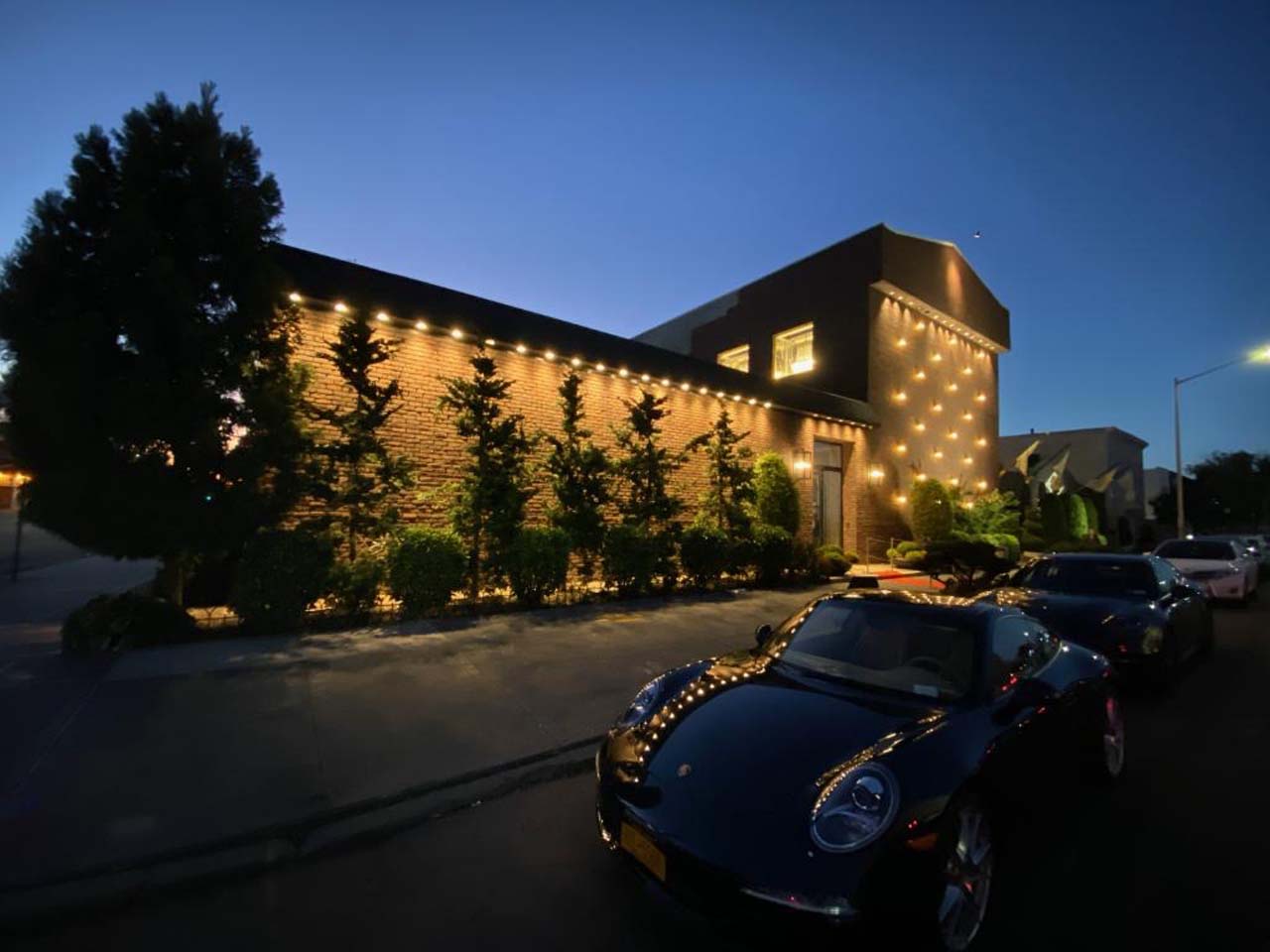 Meanwhile, back in Kings County, after months of cleaning and restoration, the Stillwell Avenue location was back. And in part thanks to a comprehensive renovation that culminated earlier this month, Riviera Caterers’ ownership and management team consider the venue to be better than ever.

According to Chaisson, the renovation is a celebration of both new and old. Original materials like exposed brick and window frames from the turn of the 20th century were uncovered, while modern elements like sparkling chandeliers and contemporary accessories keep the vibe current.
“We wanted to bring the building back to its roots, but with a fourth gen twist to it,” Chaisson explained, referencing the ownership. “We restored the ballroom to original brick, which was laid in 1905, with 14 foot French doors that open to the garden. Then, we uncovered the original window frames on the opposite side of the brick wall.”

The project was a multi-step process. Renovation of the ballroom began in January of this year and was completed in March. After the busy summer season ended, rebuild of the outdoor space and garden commenced, wrapping up a few months later. The cocktail and bar area will be the final steps of the overhaul, with improvements scheduled to begin in January.

“We believe that clients will appreciate the modern/classic décor, which really matches and adapts to any aesthetic that they would like,” added the manager, who chose to celebrate his own nuptials there.

Even with the new face, the ethos of the venue’s bespoke menu remains the same—one that has attracted New York’s elite, including celebrities like Frank Sinatra. It can be customized for any type of occasion, presenting categories from casual finger food to upscale delicacies. 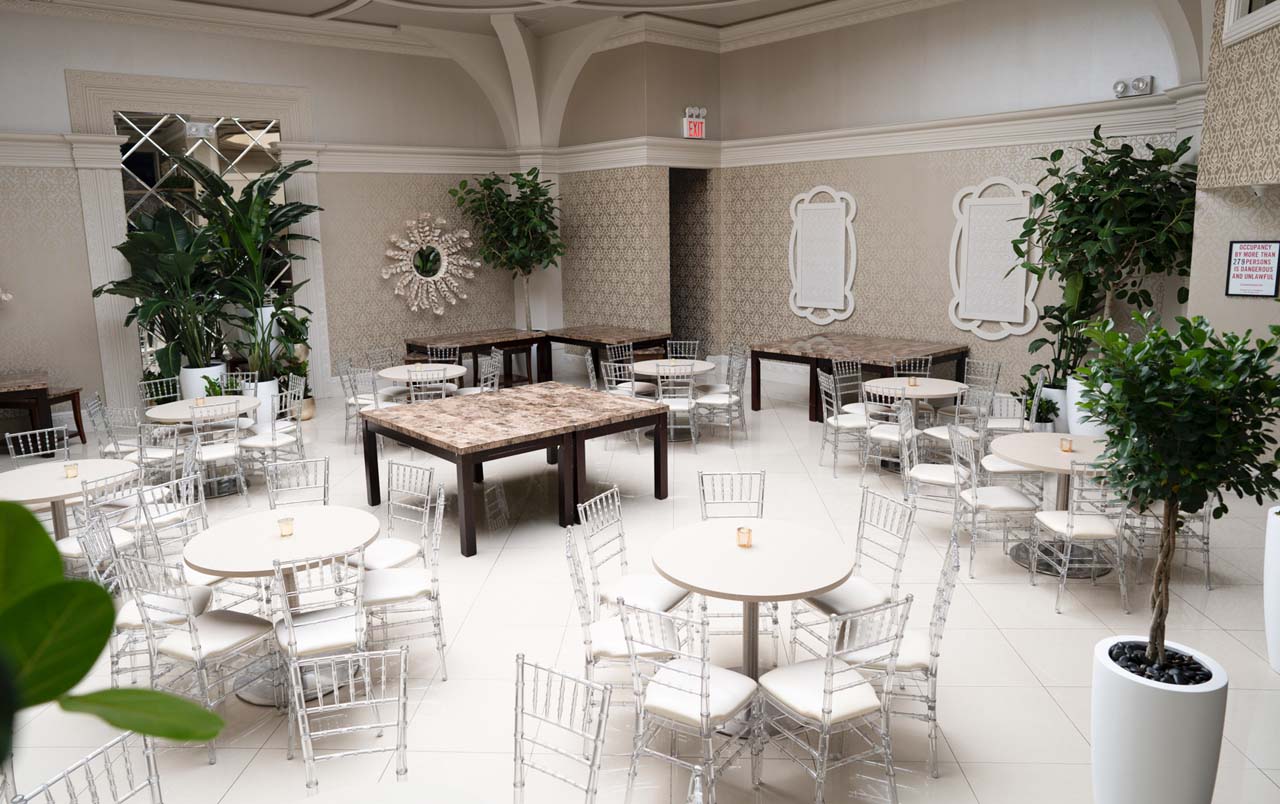 “It’s restaurant style cuisine in an event type atmosphere, and we only do one event at a time. All of our attention goes to the bride and groom: energies and staff are not juggled among a variety of events. This has been the motto since the business began.”