When Peter Botros was first toying with the idea of opening a Mexican restaurant about two years ago, he immediately started worrying about the avocados. 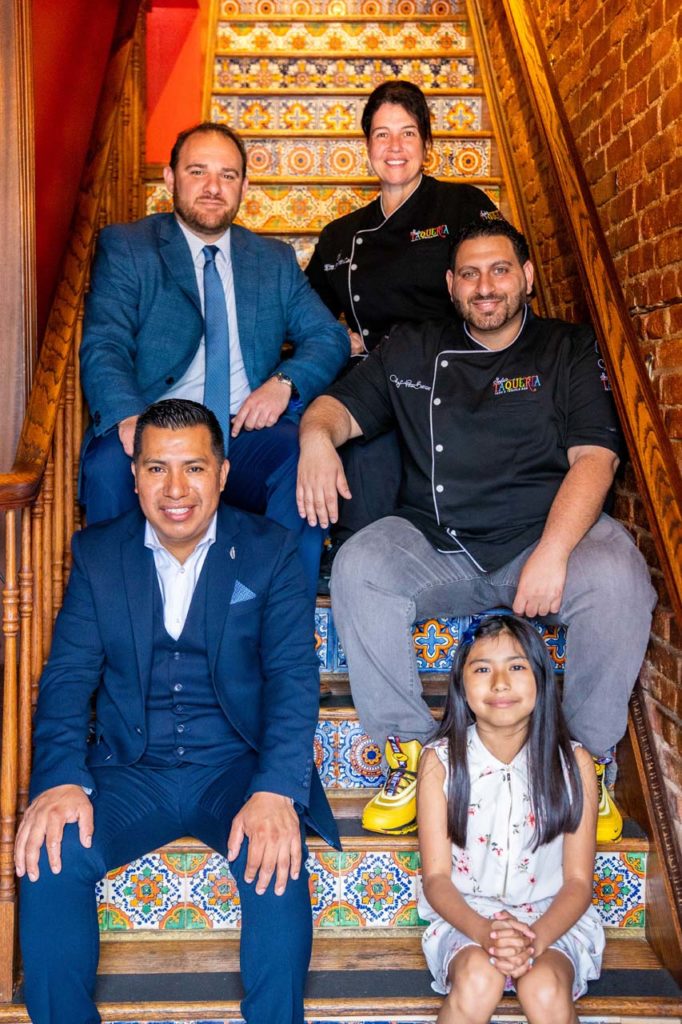 “No joke, that was probably my biggest concern going into this venture,” the seasoned restaurateur noted while dishing early details of Sofia’s Taqueria, a quaint, authentically pueblo-styled eatery that is breathing life back into a quiet corner of Bay Street.

“Avocados are such a big part of Sofia’s menu we have an actual Guac Bar but they are so temperamental,” he explained. “I literally stressed about how we were going to manage getting so many at the precisely right ripeness.” But he did, delegating avocado duties to General Manager Doug BiFulco, an industry insider himself with years of produce experience. 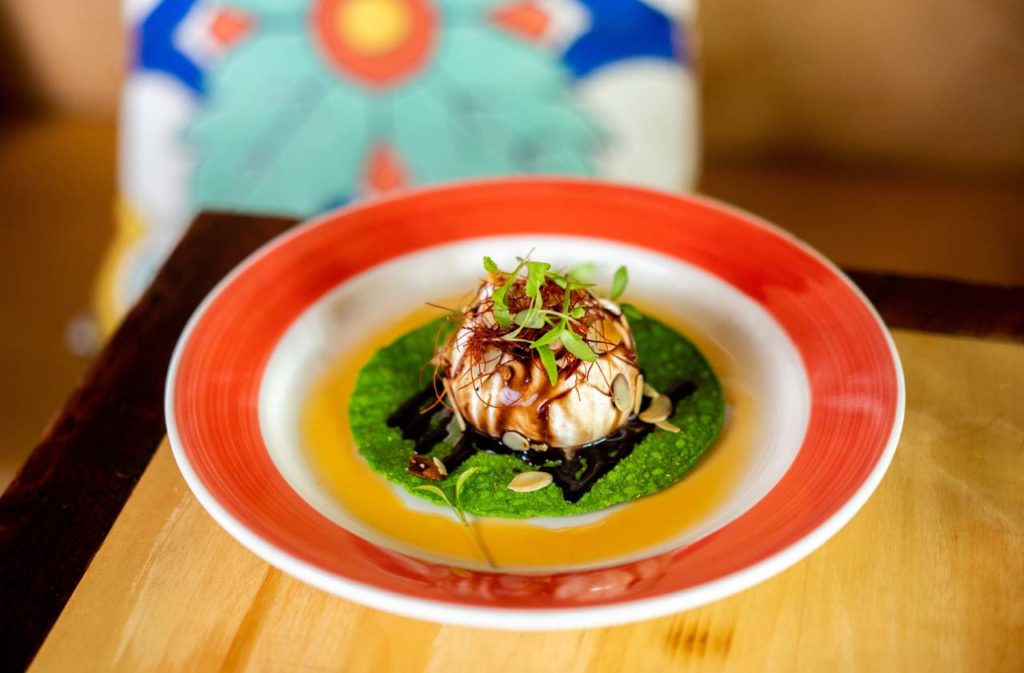 “We go through about 2,000 to 2,500 avocados a week,” Botros said. “And the quality that Doug gets is top notch. There’s very little waste each week, if any.” The jewel in Botros’s culinary crown (he owns five other establishments in the borough), Sofia’s is currently Staten Island’s solitary taco and tequila bar. The eatery features an eclectic menu full of traditional Mexican dishes with a twist, like empanadas stuffed with shrimp and avocado, chorizo and potato tacos, and guacamole tossed with caramelized pineapple. There are variations on common restaurant staples, too: Calamari is dusted in cornmeal and topped with a tamarindo chili sauce, and the Mexican Burrata is served with toasted almonds, ancho chili oil, dark chocolate balsamic reduction, and crispy tostadas.

“I’ve always been a fan of Mexican food. I love to eat it, and it truly lends itself to creativity,” Botros said. “It’s fun and simple, and you can put anything in a tortilla or taco. It also allows room for variation, and everyone knows that I love to put a twist on things.” 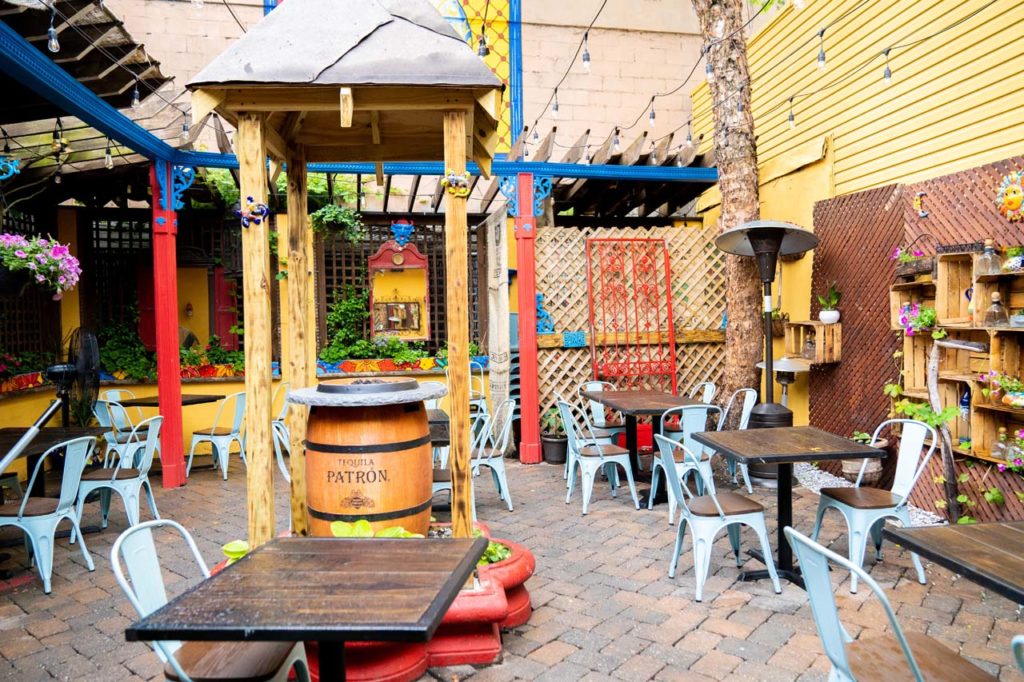 The restaurant, which opened in December, is a partnership between Botros and Ignacio Garcia. The pair have worked together in different eateries for more than a decade, and named their new venture after Garcia’s daughter.

“Peter had been asking me to open a restaurant with him for quite some time, but I’m a single dad and I didn’t think I could juggle all the responsibilities,” Garcia said. “I kept telling him we could look into it ‘when Sofia was ready.’ About two years ago, I told him ‘Sofia is ready.’” 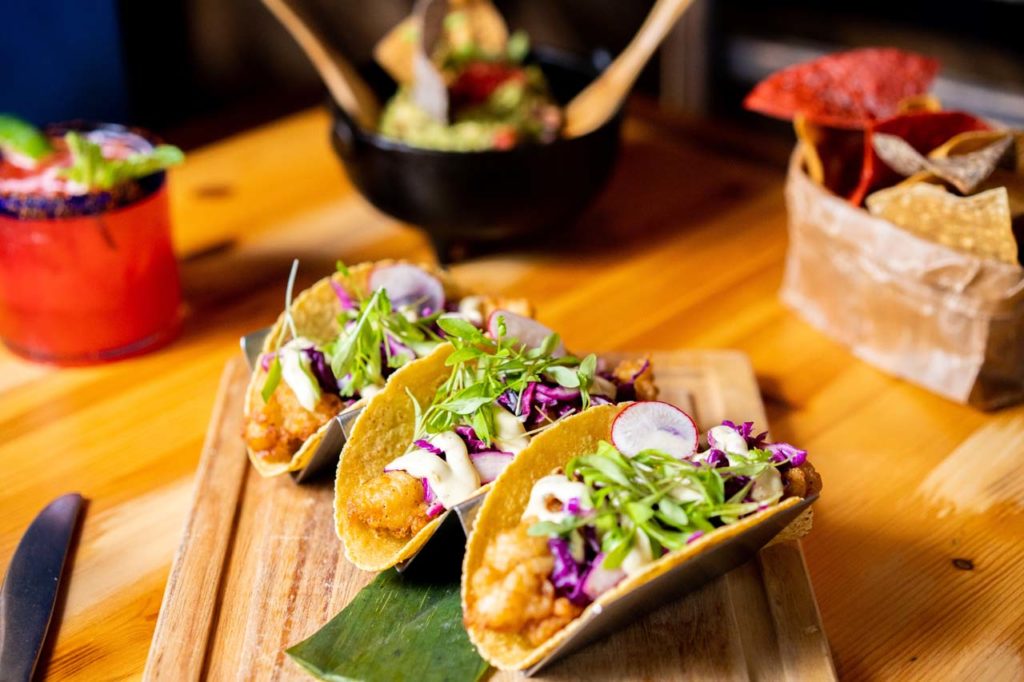 So, they scoped out available spaces with their business partner, Phil Farinacci. When the trio walked into 977 Bay Street the former home of Zest and Korzo Klub they knew they’d found a home.

“As soon as we walked in we all said ‘this is it,’” Garcia said. 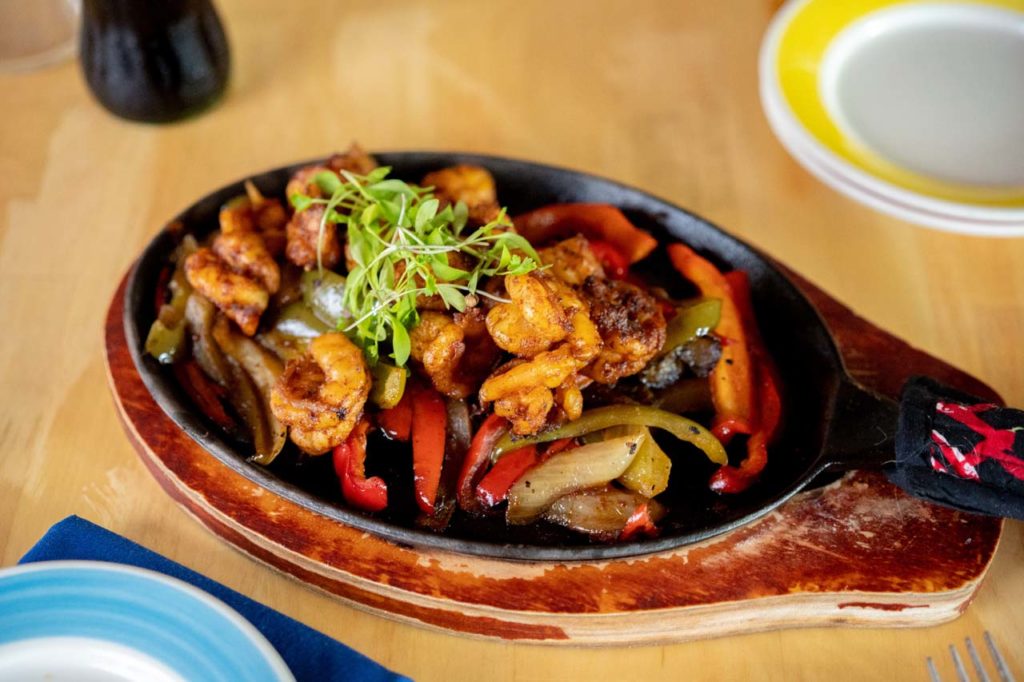 They gutted the space and curated it to represent a particular theme.

“I am originally from Mexico; my family moved here 27 years ago,” Garcia said. “So, I conveyed to Peter and Phil what a true Mexican restaurant looks like. They went crazy shipping in all of this authentic Mexican tile, and even ordered a handpainted toilet…now I think it’s the most famous toilet in Staten Island [laughs]. It’s so pretty people take pictures and post them on Instagram.” The owners also bought new chairs and had them distressed, then had cushions made out of old coffee bags.

“We wanted to give it a very authentic feel,” Botros said. 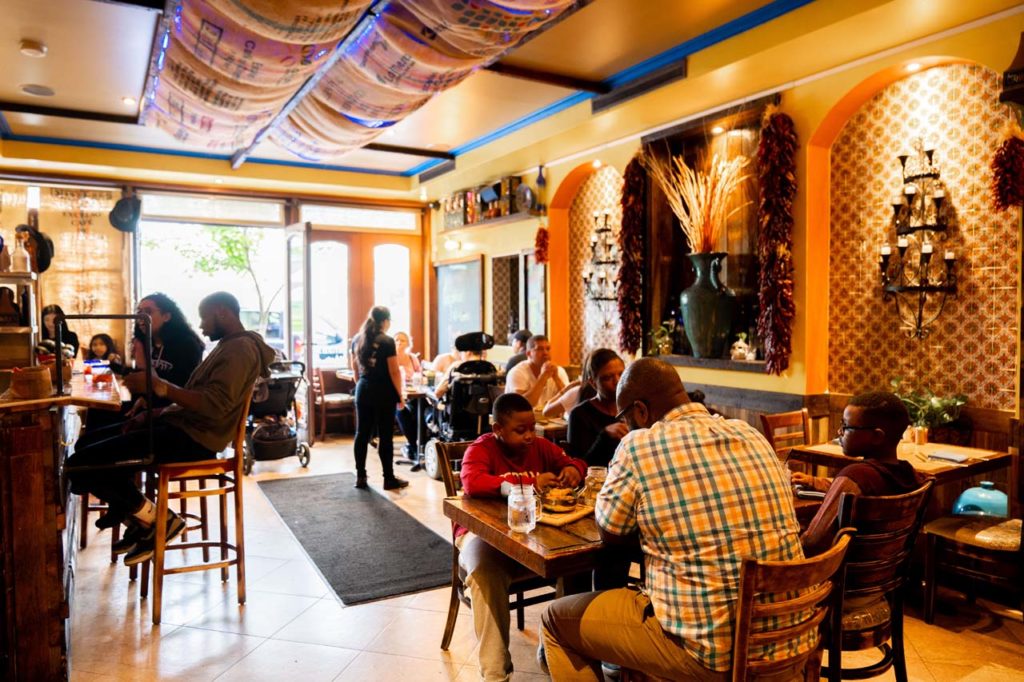 At Sofia’s, small but telling details are many: There’s a “tequila library” full of more than 100 varieties of the liquor, and a “firewall” featuring 56 hot sauces and carrying a potency disclaimer. Craft cocktails like the Killer Cactii and Tijuana Tea are made from fresh juices and fruit-infused liquors, and there are six varieties of margaritas concocted from house-made simple syrup and fresh fruit purees.

Warm churros, an, and a traditional Mexican sopapilla are on the dessert menu, along with what has become a locally infamous Cookie Butter Tres Leches Cake. 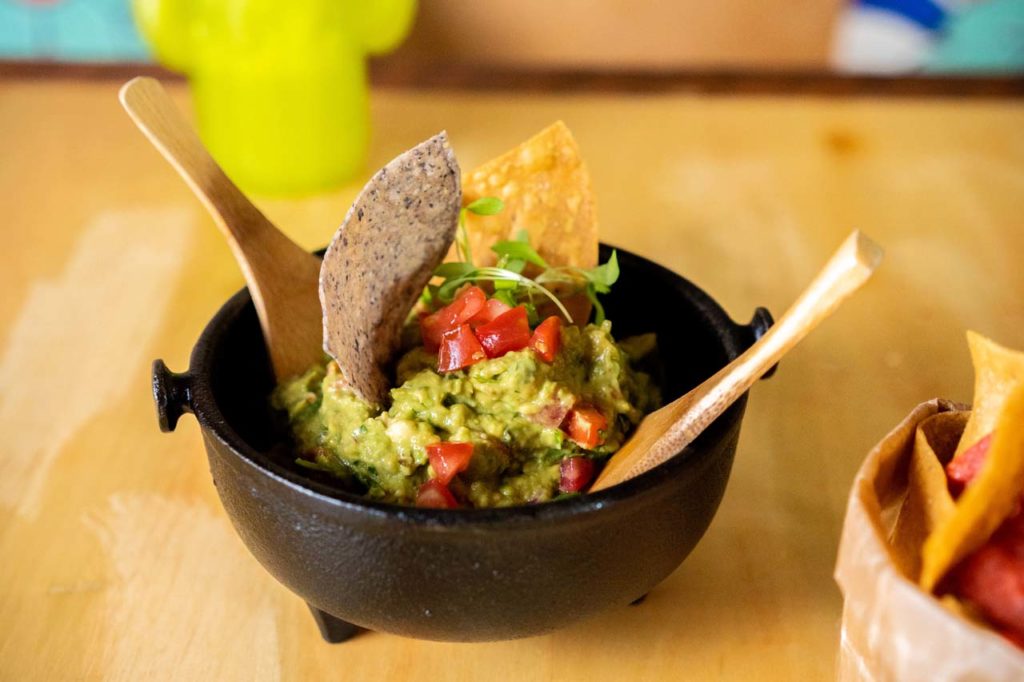 “All of my restaurants have a cookie butter dessert on the menu, but the popularity of this one is o the charts,” Botros said. “We make trays and trays of it, but there never seems to be enough.”

And now, a little more than six months since Sofa’s opening, both Botros and Garcia have even bigger plans for the establishment. 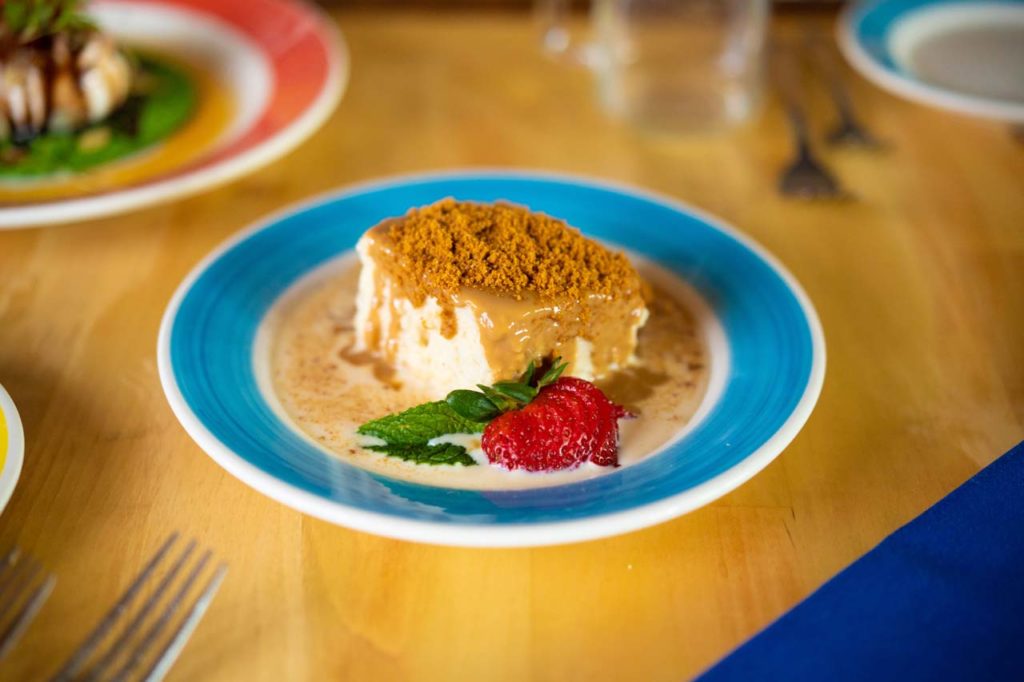 “We have a bunch of tequila-paired dinners in the works and other ideas for the future,” Botros concluded. “We’re having a lot of fun with this one, and just want to keep that going.”