In the summer after his college freshman year, David Drake found himself washing dishes in a French restaurant.

“I was doing it simply to get myself out of debt,” the chef recalled, but within the first month of that employment, found himself enthralled.

“The action, the pressure, the immediate gratification of almost instantly creating something only to send it away just to create another…it was addictive.” 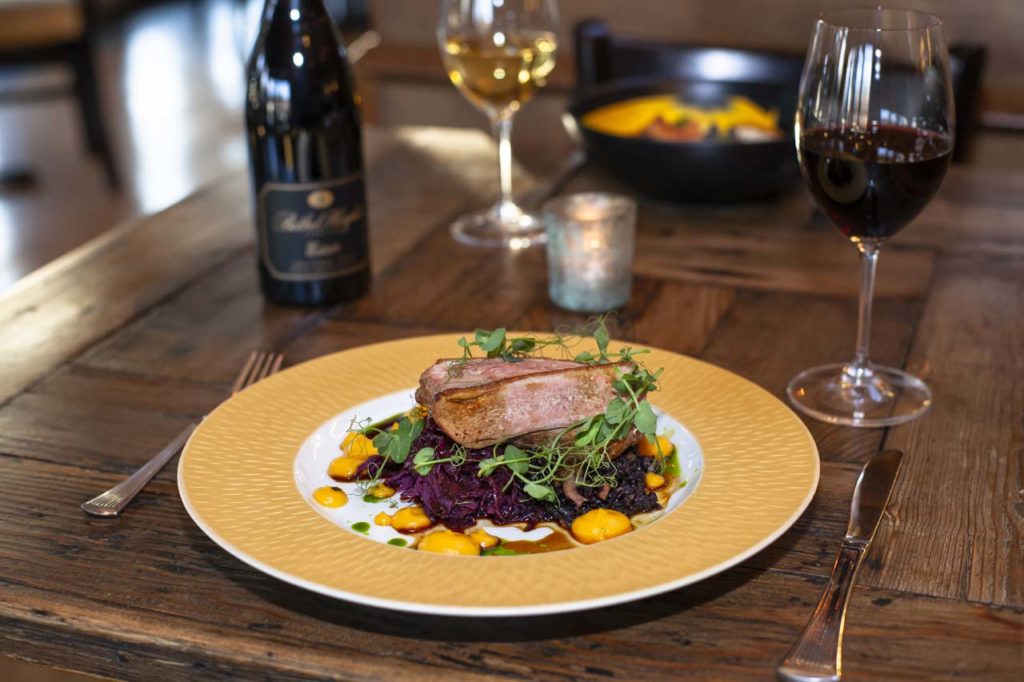 By that first summer’s end, Drake had a solid plan for his future. After attending Fairleigh Dickinson University, he transferred to Temple University, majoring in communications. He made his culinary bones in New Hope, PA, working in numerous restaurants making salads, washing dishes, vacuuming dining rooms, and scrubbing toilets.

“Fast forward to opening the Frog and the Peach in New Brunswick and then to Restaurant Taquet, a modern French restaurant on the Main Line in Philadelphia,” Drake recounted, then described stints working under Chef David Burke at The River Café in Manhattan and Chef Craig Shelton at The Ryland Inn in Whitehouse Station. “I have also owned and operated three myself: The Stage House Restaurant, a jewel box of a place named Restaurant David Drake, and Daryl Wine Bar and Restaurant.”

His is a vocation rooted in a decidedly unlikely source a marked distaste for food as a child.
“My mother was second generation Irish, and her mother, like her, was a horrendous cook,” he laughed. “The consequence for me was an immense displeasure of food in general. I was the ultimate picky eater. So, when I decided to cook and ultimately become a chef, I knew that even if I didn’t like something, I would still need to be able to taste everything. One afternoon, my boss at the time, Susan Darrah, who was the owner/chef at the Lambertville House, invited me and our general manager to dinner at a fancy French restaurant in Philadelphia. Georges Perrier was the chef proprietor of the acclaimed Le Bec Fin, where we dined that evening. is man and his brigade changed everything I knew about food…and not just about eating, but dining. He inspired me to do what I do today.” 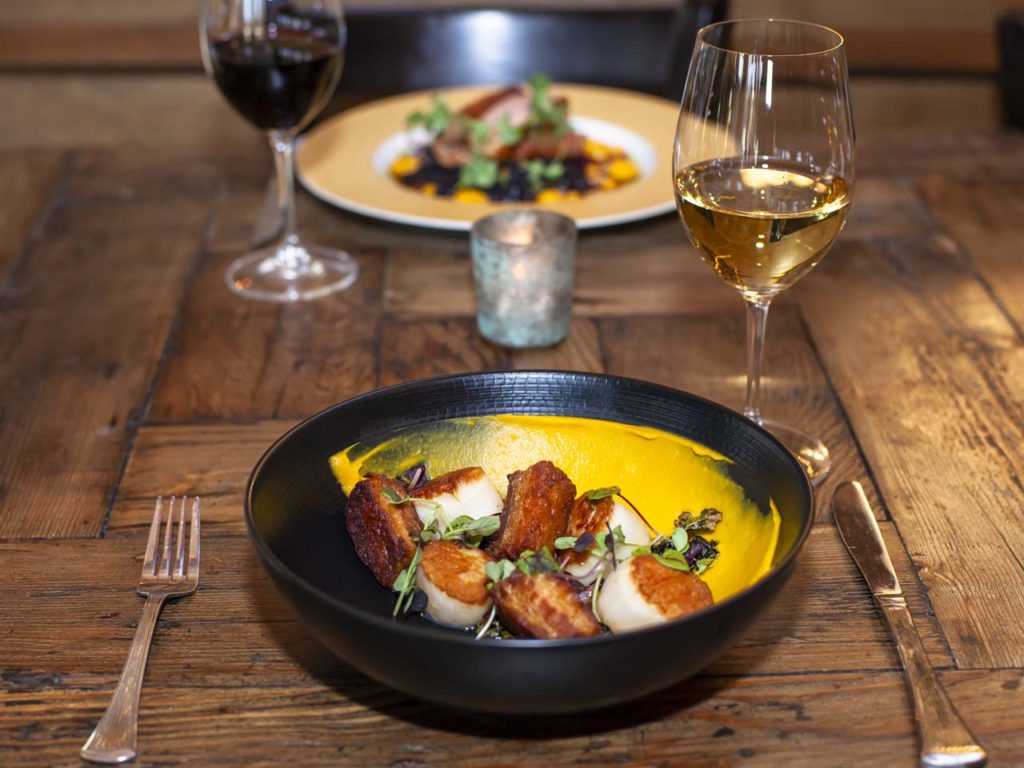 For Drake, an additional challenge came when he lost a hand at the age of 14 after mishandling explosives.

“Going into a field where having dexterity is imperative—it may seem counterintuitive,” He said. “Yet it was this struggle to not only compete but to thrive that helped me to find confidence as well as my creative voice.”

Drake’s most recent endeavor is the executive chef position at the Stone House at Stirling Ridge.

“At Stone House I have the best of both worlds: I am a bit of an energy junkie, so doing weddings and corporate events keeps my blood flowing, while at the same time I can focus on creating well thought out and high concept à la carte creations,” he said. “Here, my culinary staff and I are focused on preparing excellent, seasonal, ever evolving American cuisine based on what is currently available in local markets,” adding that this season he will focus on local produce and rich dishes.

“Winter always presents a challenge, as there are fewer varieties of fresh ‘out of the ground’ produce, so we lean more on root vegetables and the like,” he noted. “It is also truffle as well as game season, which directs the menu to a richer style of cuisine.”

The chef, who in his spare time enjoys distance running and playing basketball, is embracing the opportunity to work with Frank and Jeanne Cretella, owners of Landmark Hospitality, of which the Stone House is a part. 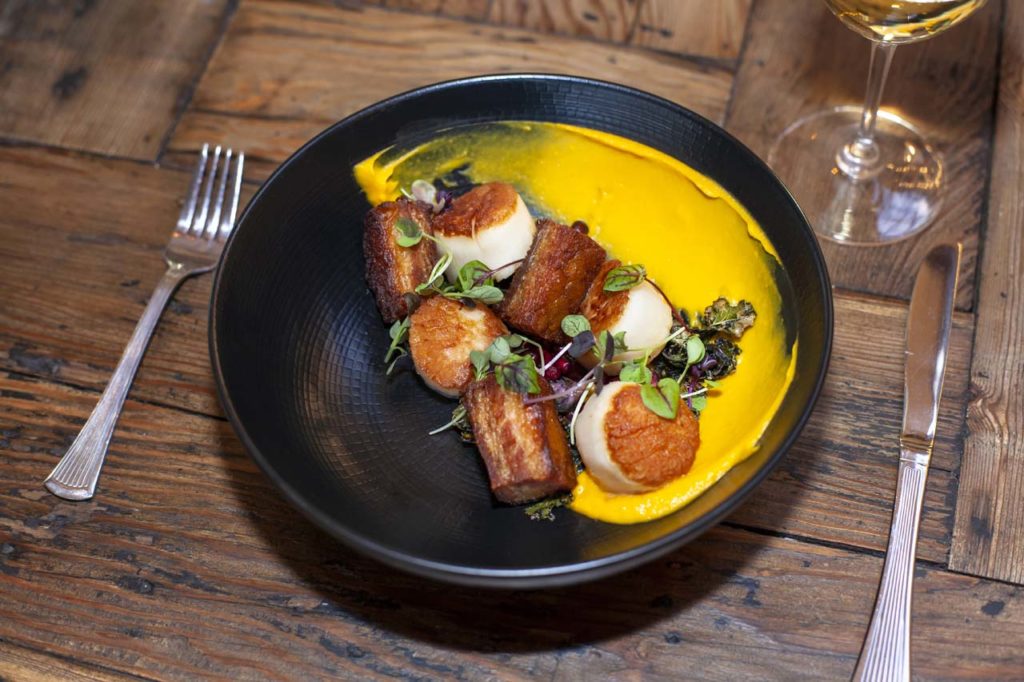 “I knew Frank and Jeanne for many years as colleagues before working for them,” he said. “It has been a pleasure finally working with them, because they treat all their employees like family, and also are passionate about the industry and what the future holds.”